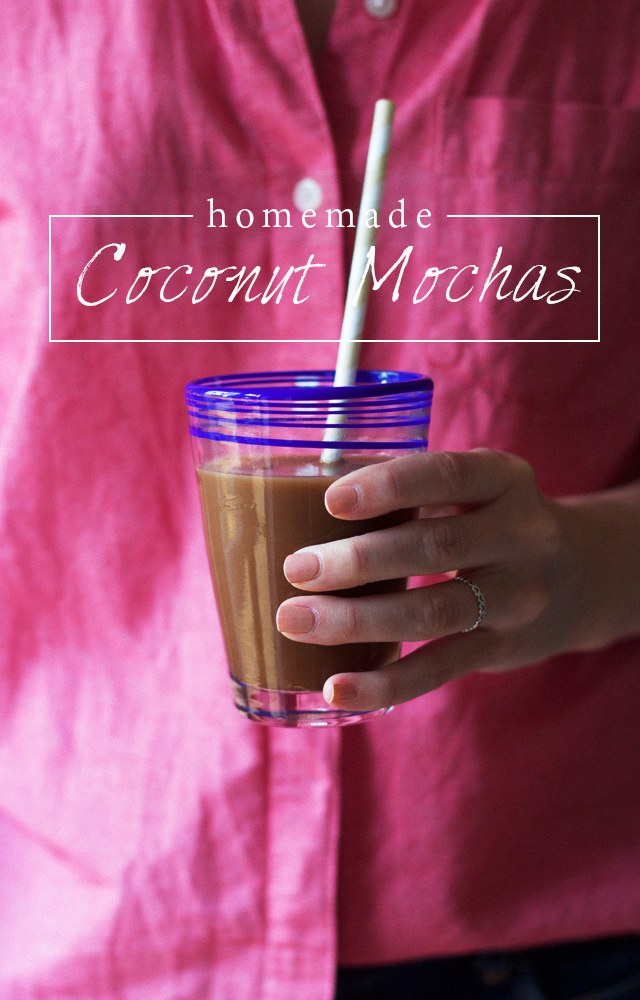 I’ve clearly been spending too much time on the internet over the past year or so. Why? Because the non-stop exposure to All Things Coconut (oil! water! milk!) has turned this coconut-phobic individual into someone who actively spent a good couple of weeks perfecting a coconut mocha recipe! I blame  Instagram. And the food bloggers…

To be honest with you though, it’s probably less the power of the internet and more the power of PR. CocoCafe (Vita Coco’s little sister brand) sent me over a parcel of their coconut coffee drinks about a year or so ago, and though I was pretty tentative about trying them at first (drinking coconut water is NOT my idea of a good time), they had me hooked at first sip. There’s something about the faintly fruity flavour of the coconut water that pairs so well with the dark chocolate, and, well, you know my stance on coffee. Add it to pretty much anything, and I’m well on the way to falling in love!

So that was that- one parcel of coconut lattes and mochas down, and I was a fully fledged convert. I mean, it’s not likely you’ll be catching me grabbing bottles of coconut water on the fly any time soon, but after a solid 23 years of only eating coconut when it came swathed in chocolate and wearing a wrapper saying ‘Bounty’- it’s progress!

In order to keep my coconut mocha-buying habits down to an acceptable level (it was getting kind of ridiculous…) I decided to see if I could get close to replicating the recipe at home. ‘How hard can it be?’ I thought. And wonderfully, it turns out that ‘not very hard at all!’ is the answer to that question! 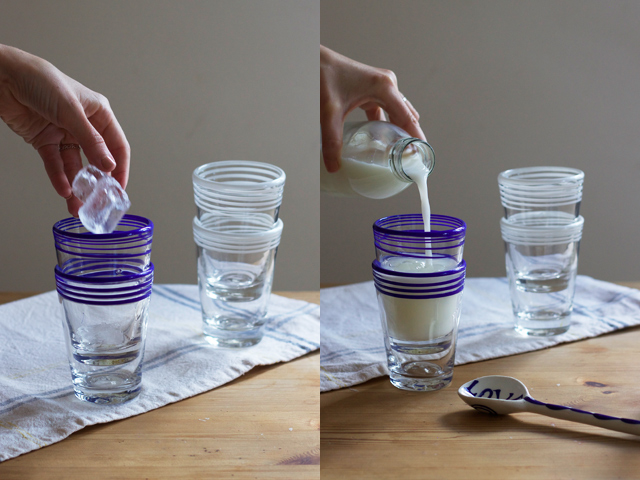 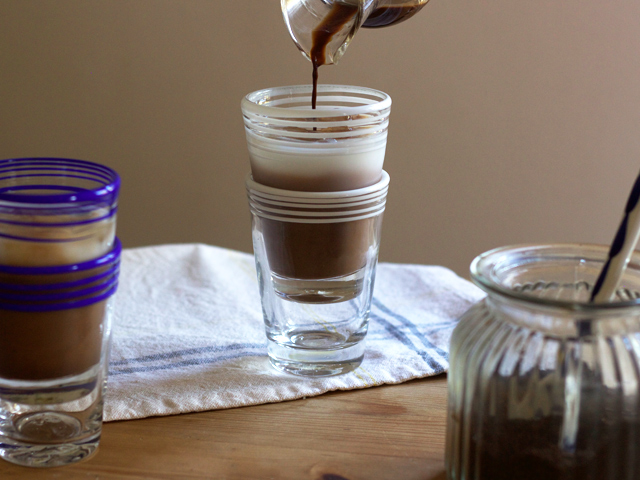 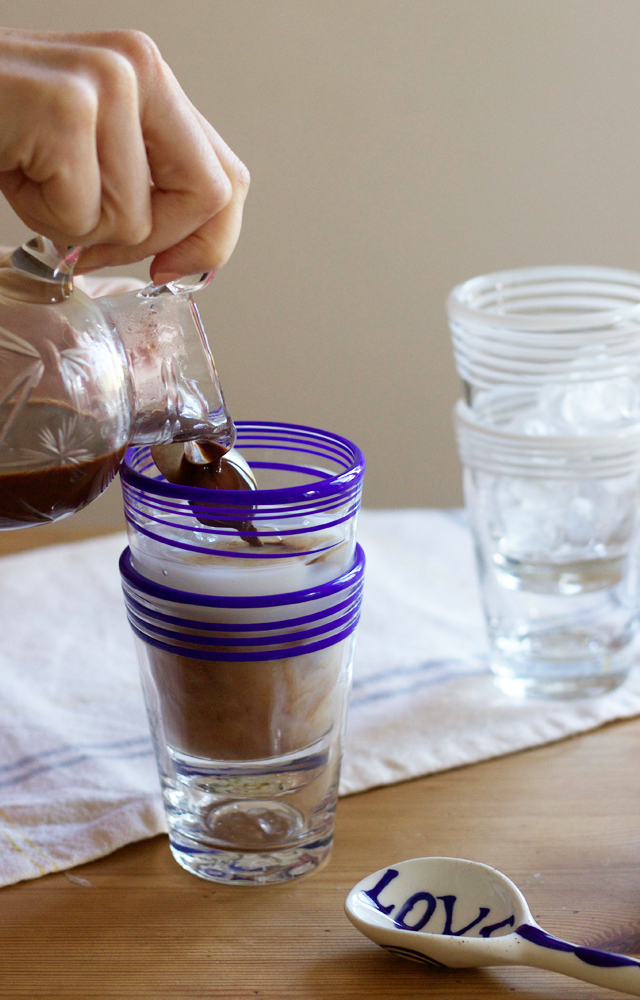 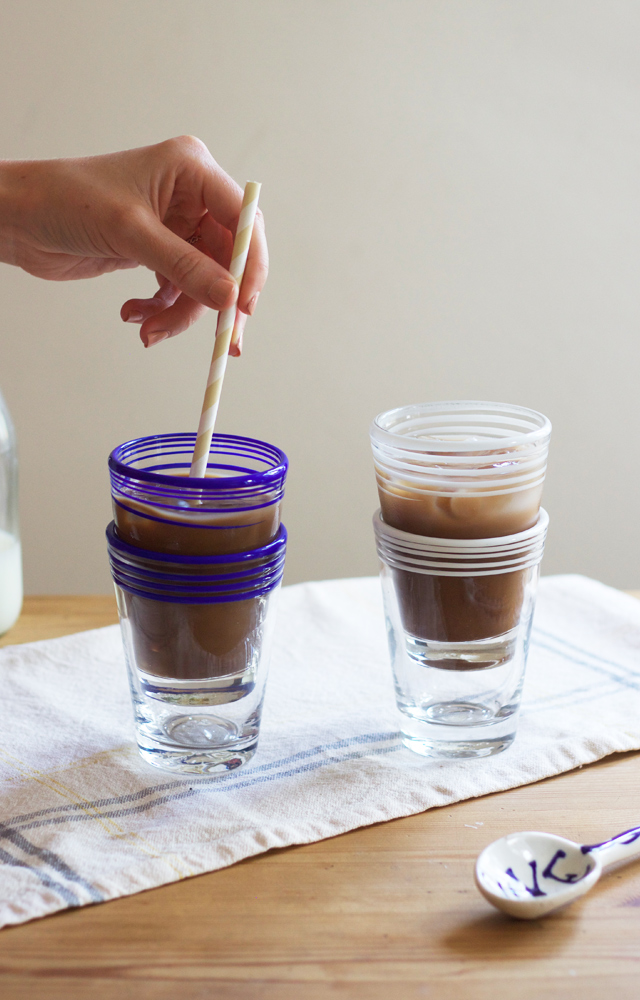 The recipe makes two mochas, with the serving sizes shown above. I find you only want a small serving since the mocha is intense and dark and sweet, but feel free to scale up if you’d like!

A note too about ingredients- the chocolate syrup needs to be the all-natural kind. The type you find with the icecream toppings in the supermarket will likely be synthetic and overly sweet- I use one by a brand called Sweet Freedom, which is dark and delicious and vegan to boot!

- Make an espresso, and whilst the coffee is still piping hot, stir into it the tablespoon of chocolate syrup. Add a few cubes of ice to both glasses.

- Mix together the milk and coconut water, and divide between the two glasses. Pour half the espresso and chocolate mixture into each of the glasses, add a straw, and serve! 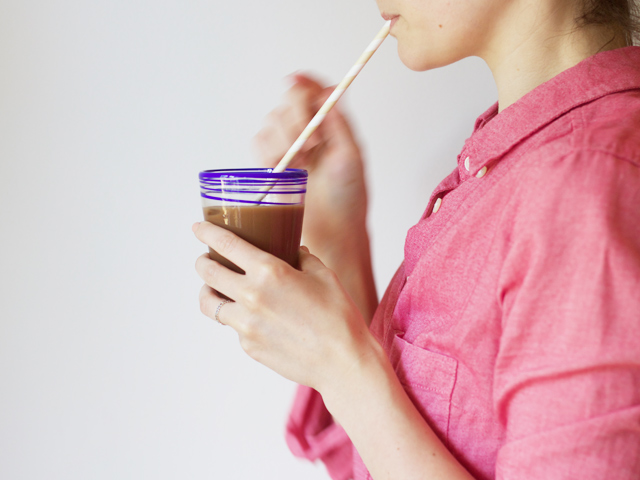 Do let me know if you give them a go! You know the drill, find me here on Twitter, and here on Instagram!

14 Comments
Posted in COFFEE, DRINKS, FROM MY HOME TO YOURS, RECIPE