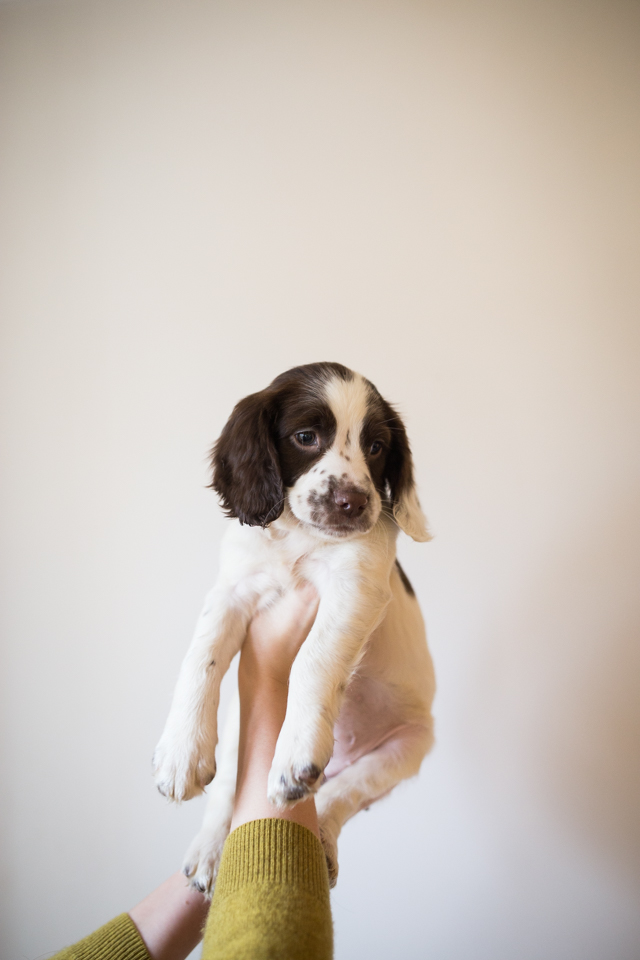 We picked this handful of cuteness up on Sunday, and have been pretty busy on puppy-watch ever since! But I thought, since the lady herself is currently napping on my feet, it was probably about time I seized this moment of quiet, and introduced her properly here to you all!

So, meet Elsie! The newest, sweetest, and most mischievous member of the Chappel household!

She’s an 8 week old springer spaniel puppy, and so far is behaving pretty beautifully, on the whole. For those who’ve been asking, Teddy is a working cocker spaniel, which is a slightly different type of spaniel to Elsie- the two are very similar though, and we’ve been assured that if we can train a stubborn cocker we’ll be able to handle a springer! 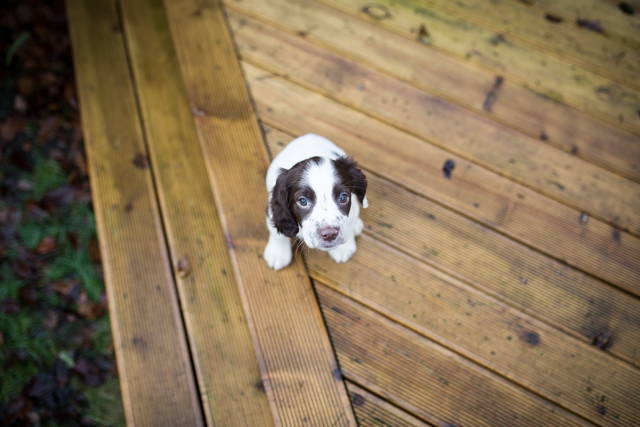 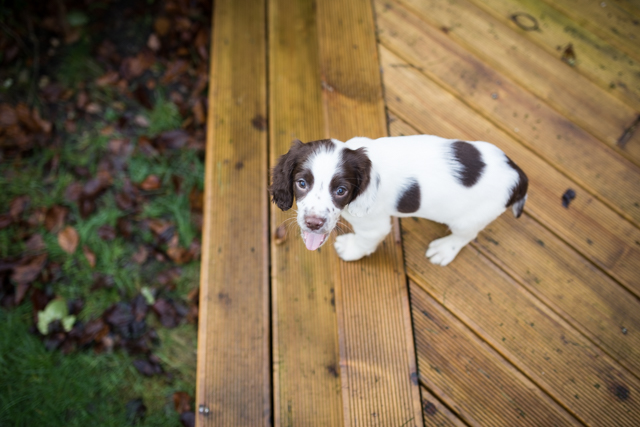 I think having Elsie’s crate right next to Teddy’s bed and her being close to him whilst she sleeps is helping ease her separation anxiety, because we barely heard a peep from her the first night!

We’d been bracing ourselves for a repeat of 8 week old Teddy’s howling, (it was ear splitting!!) but touch wood- we’re lucking out so far!

And speaking of Teddy, he’s been *so* good with Elsie!

True, he was pretty furious with both Jason and I for bringing her into ‘his’ house that first afternoon, but since then has been getting better and better at being brotherly to that naughty pup who keeps bouncing around him, and *even* tolerated her sleeping almost nose to nose with him last night! It was the sweetest thing! We’re working on her not using our hands/feed/slippers/clothing as a place for teething (not *too* dreadful, but still a little nibbly…), and having to fend off her attempts to scale the sofa every 5 minutes (LOTS of time outs happening over here!), but aside from that, she’s just a total dream!

So, now you’re fully acquainted with our new littlest love!

We’re so excited to watch her grow, and to start taking her out on walks as a foursome…but right now we’re happy to soak up as much of her milky puppy smell as we can.

More puppy snapshots on Snapchat, if you’d like to find me over there! I’m ‘ciderwithrosieb’… 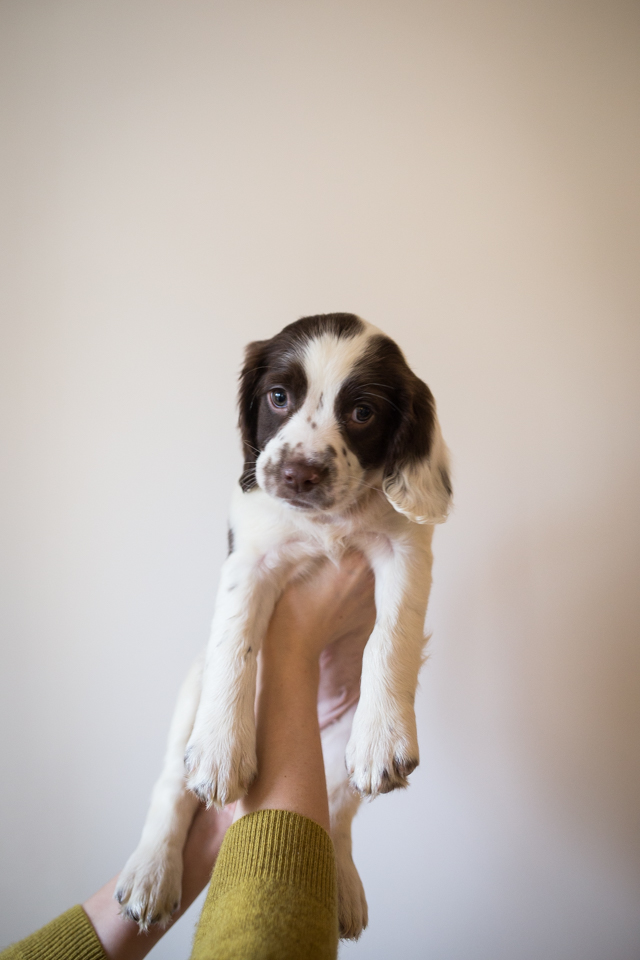 Did you all have fabulous Christmasses? :) It feels as if I’ve been away from the internet for days! It’s not been long at all, I suppose, but Christmas always make the days and time kind of warp, doesn’t it?

I hope you’re all happy, content, and very well-fed! :) Do you have exciting NYE plans? I bet yours are more exciting than the puppy snuggle-fest we have planned! Though it’ll be pretty special in its own right… 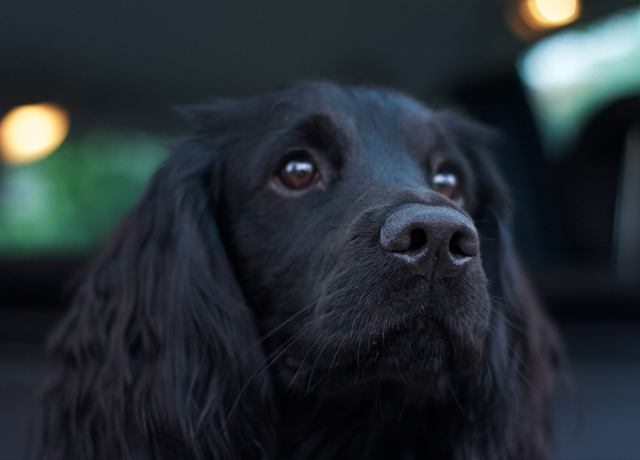 since recently i’ve had so many requests to dedicate a whole post to teddy (that may or may not be a complete fabrication), here we are! ;)
ted is now almost seven months old, and we think he’s ever so handsome :) we haven’t experienced too much of the terrible ‘they turn into monsters at six months’ phase yet, although his selective deafness is coming on a treat and yesterday i caught him trying to reach up and steal food from the dining table…
his paws still smell all puppyish and popcorny, but other than that he’s oh so grown up now! where did our puppy go?!
here are some (far too many) photos of the stinky little man who we love so much…:) 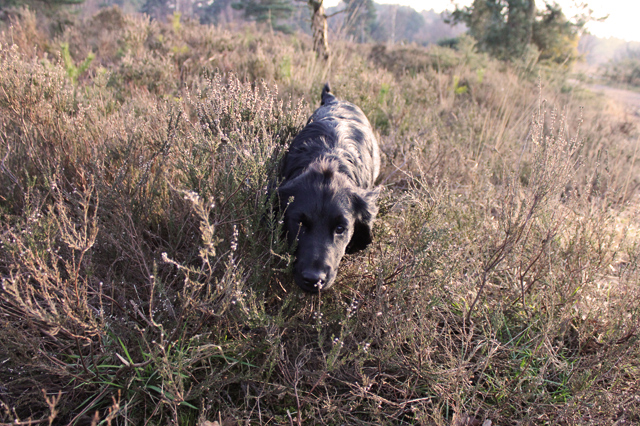 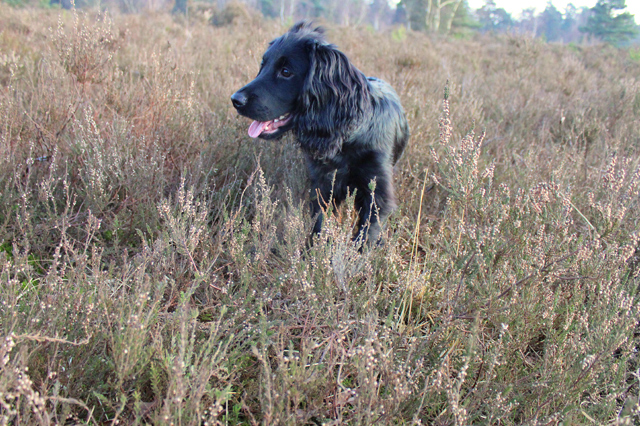 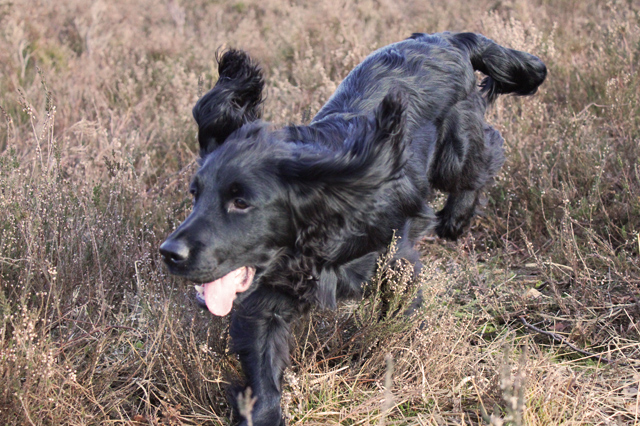 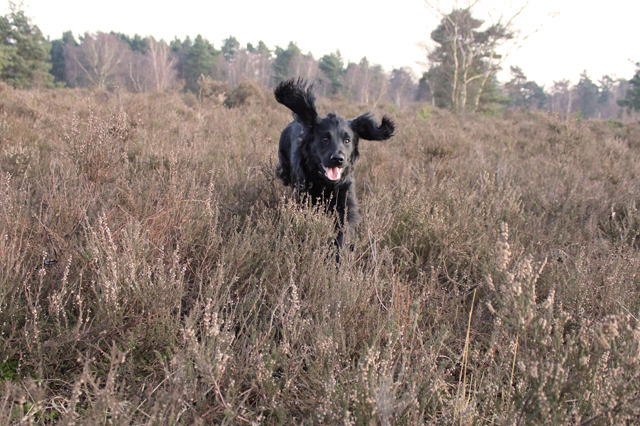 …he gets his lip caught on his tooth, and my hearts melts just a little bit more.
that wonky smile is my favourite :) 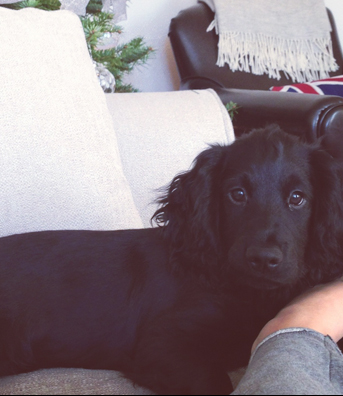