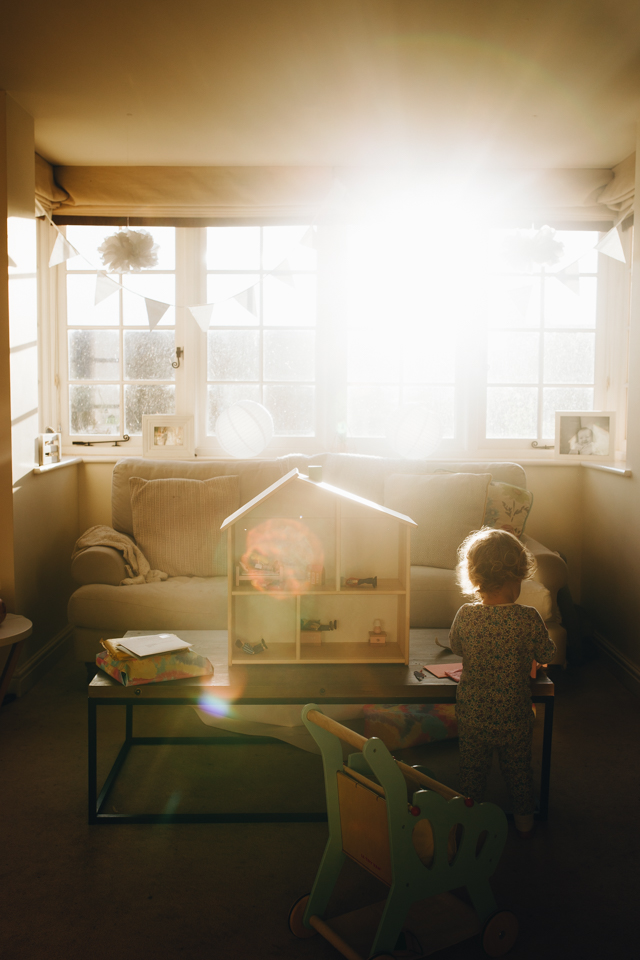 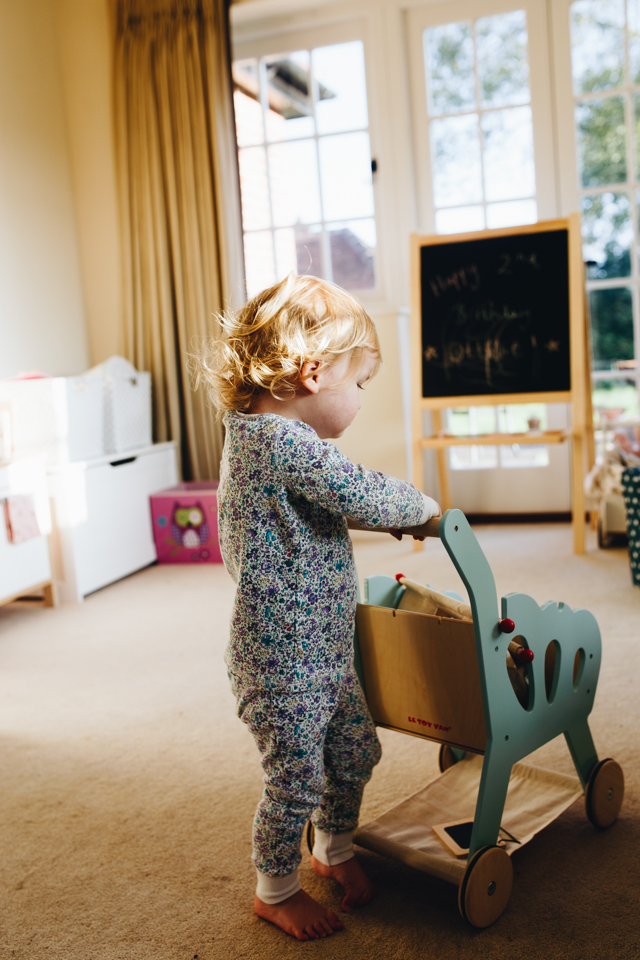 of loving you, Ottilie Dorothy!

It’s of course the biggest cliche going, but I can’t wrap my head around the fact that we’ve had Ottilie in our lives for two whole years already.

I’m an emotional wreck at the best of times anyway these days (third trimester hormones are killer, I tell you!), but I was extra soppy all last week in the run up to Ottie’s birthday. I’ve found myself just staring at her sweet face as she’s been playing or reading stories or tucked up in bed at night, thinking how strange it is that it was her we were waiting on during those long days of labour in the first week of September two years ago. We didn’t know what joy we were in for, that’s for sure! And it’s making both Jason and me extra excited to meet this new little baby, knowing that there’s a real little person with its very own personality just as distinct as Ottilie’s coming to join our family in the next couple of weeks! 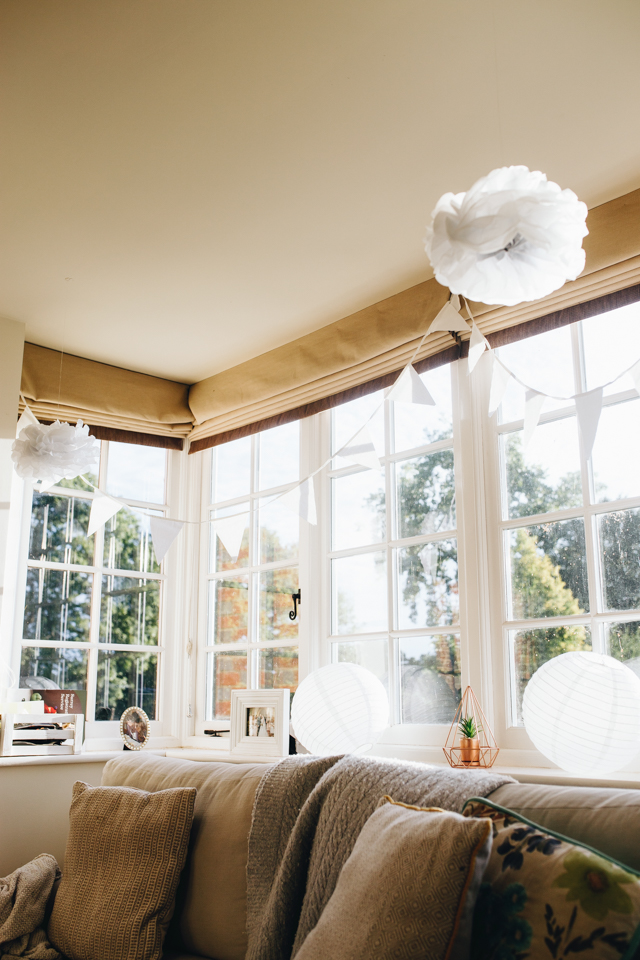 We’d gone to bed late the evening before Ottie’s birthday, staying up past our bedtime to decorate the living room, set out gifts, and bake cakes for the family tea party we were hosting the following day.

Ottie woke around half past 6, and the look on her face when we told her it was her birthday was just the sweetest. ‘Now?’ she asked, ‘it my birthday now? I go downstairs?’

Knowing that there’d undoubtedly be a mountain of presents coming Ottie’s way later that day, we kept our gifts minimal and simple. A chalkboard easel for our little artist, a dolls house and some dolls and furniture, and her very own shopping trolley and basket because a trip to the shops or to the supermarket is still my baby girl’s favourite thing to do! I just don’t know where she gets it from… 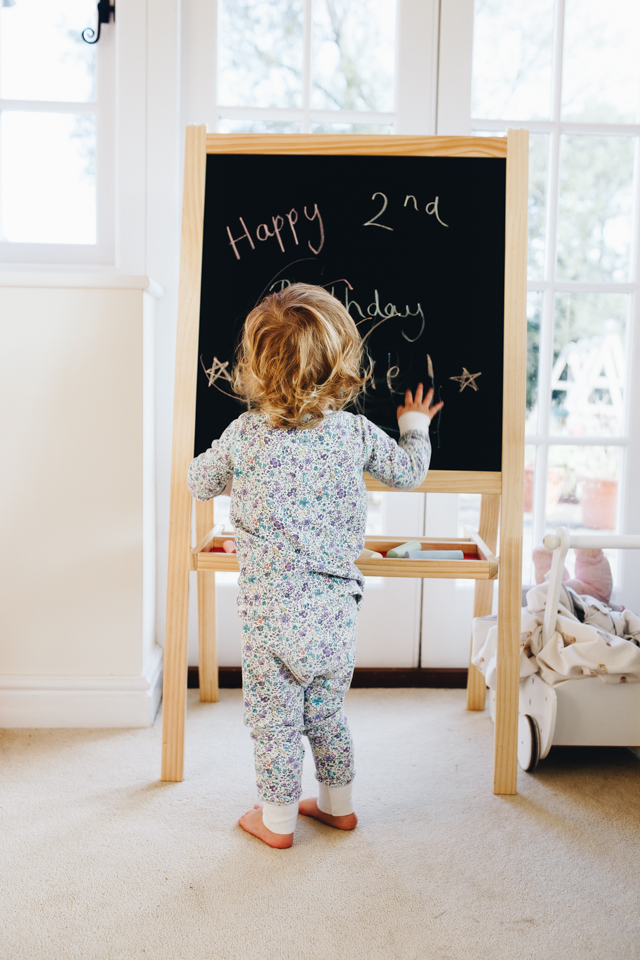 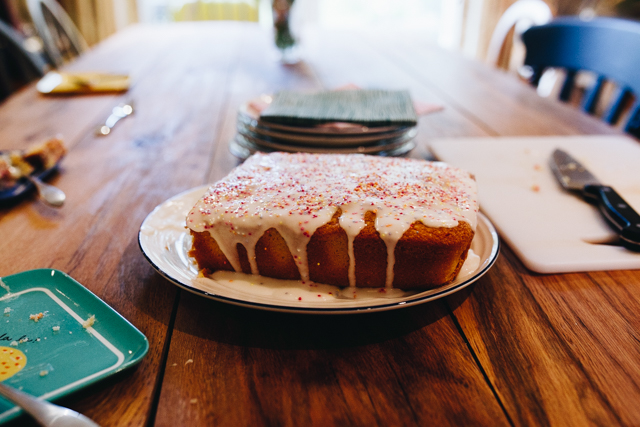 You can’t have a birthday morning without cake, and this simple vanilla traybake was just the thing! When Ottie saw it she shouted ‘BIRFAY CAKE! Look Daddy, birfay cake!’ which made my heart melt!

She ate one single bite of cake and then decided she was far more interested in the icing and sprinkles (what toddler isn’t, I guess!), but I’ll be honest and say I ate more than my fair share that day. It was just SO delicious and the baby wanted it, okay?! The recipe was one I found on the lovely Martha’s Instagram, and it was the easiest thing ever to make. Definitely would recommend for a quick throw-together cake with great results! 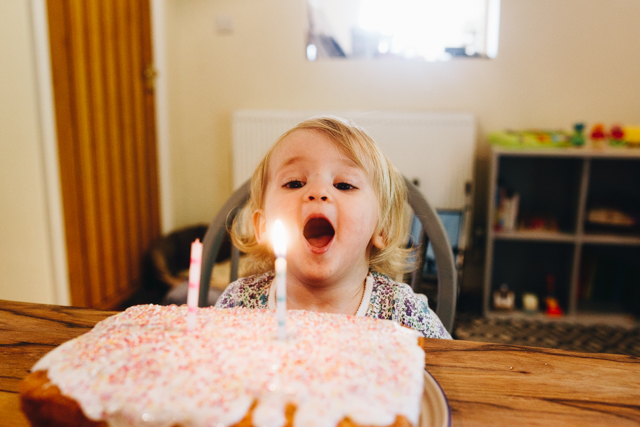 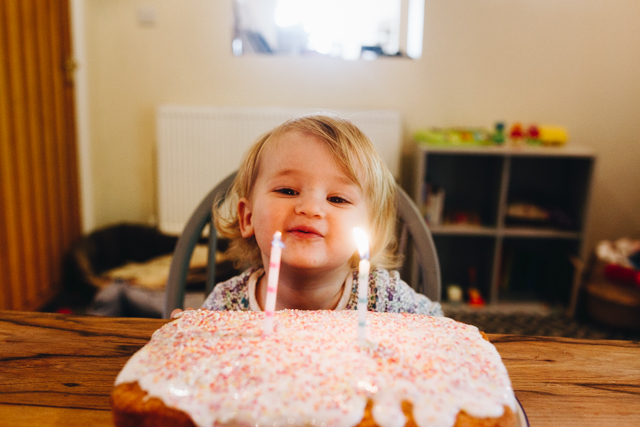 This little girl was a PRO at blowing out candles!! We were very impressed, haha! I guess all the practising she’s done with her wooden birthday cake and candles has paid off… 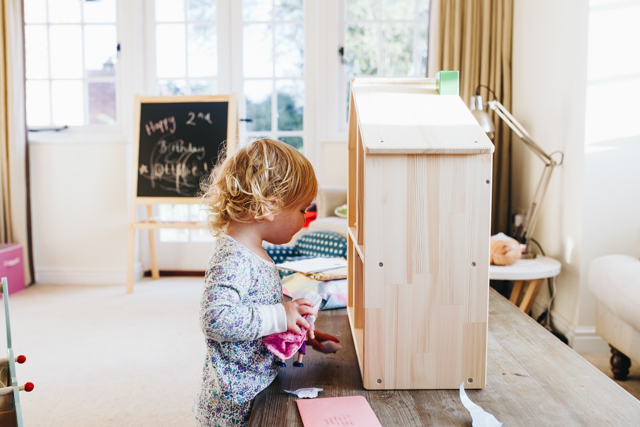 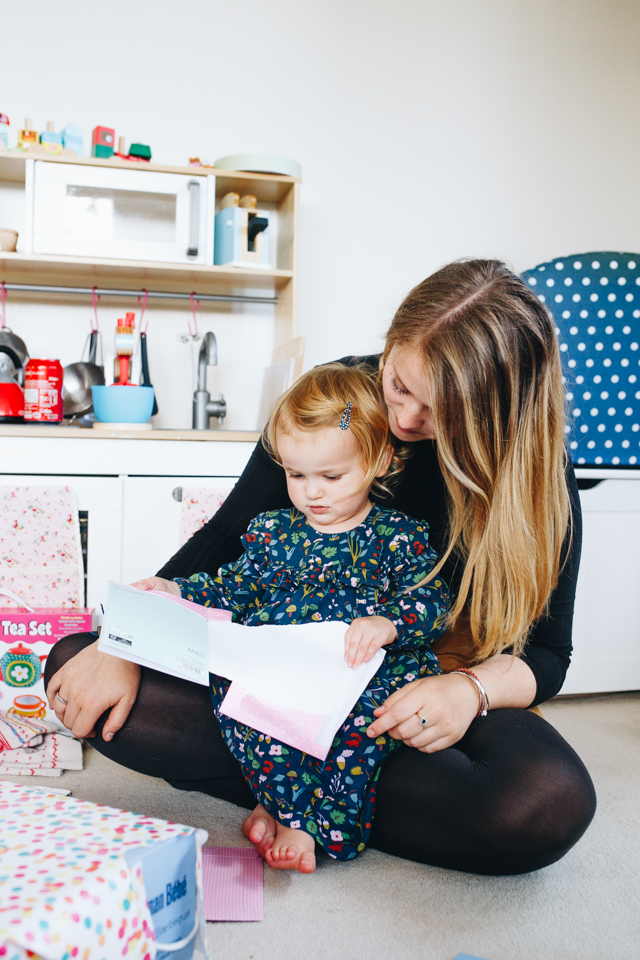 We decided to keep the celebrations this year low-key, so that it wasn’t too overwhelming and Ottie could enjoy celebrating her birthday just with family. And it worked so well! She was so happy opening up her presents (and even wanted to share the fun of opening with her cousin Beatriz!), and playing with all the lovely new toys she was given.

p.s. Ottilie’s dress is linked below. I absolutely love it! 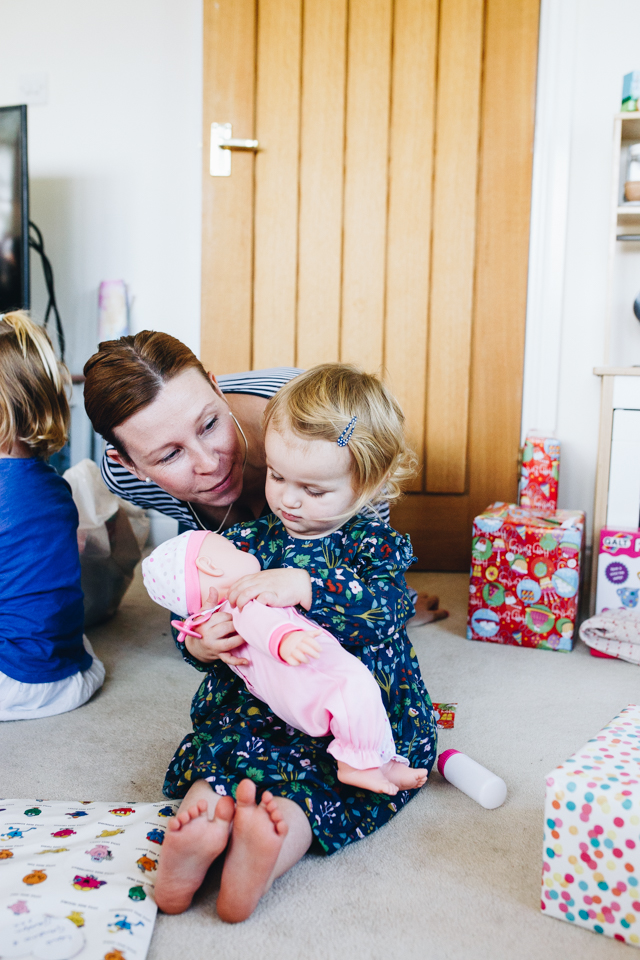 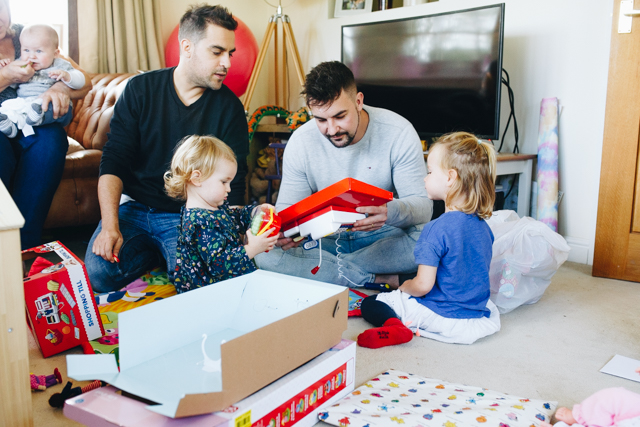 And a few hours of play and lunch and chat later…time for more cake! 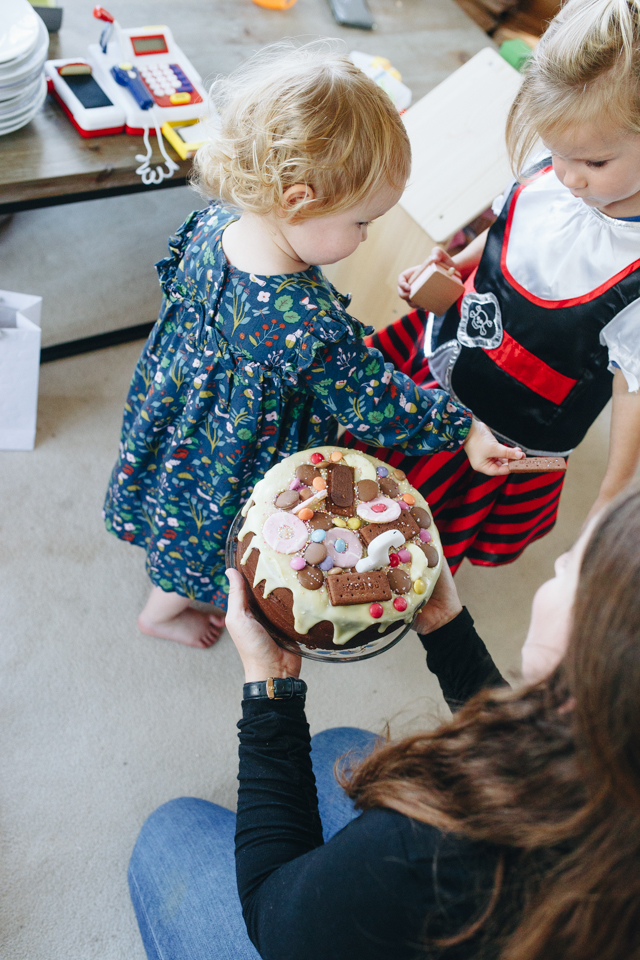 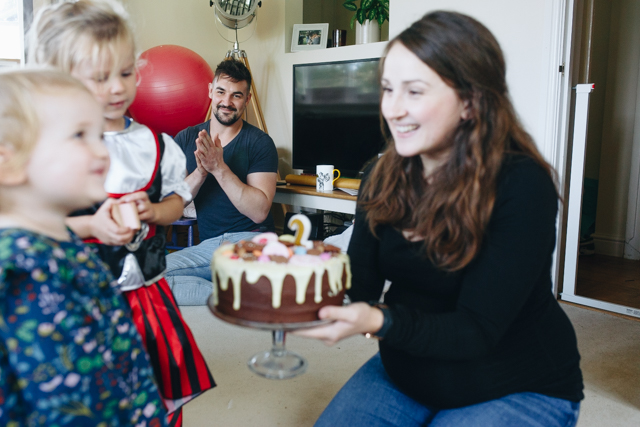 Ottie had been requesting chocolate cake for her birthday for weeks on end and so of course I obliged, in the form of three-tiered chocolate cake, covered in white chocolate ganache drizzle, and topped with enough biscuits, buttons, and Smarties to give you toothache!

Ottilie and Bea dove straight in, picking off biscuits and buttons quicker than I could cut slices for all our family! The cake itself went down a storm though, and I’m so pleased with how it turned out. It’s Jason’s birthday in less than a month, so I might have a go at making another one in a similar style for him…providing I’ve not got my hands full of newborn, that is! 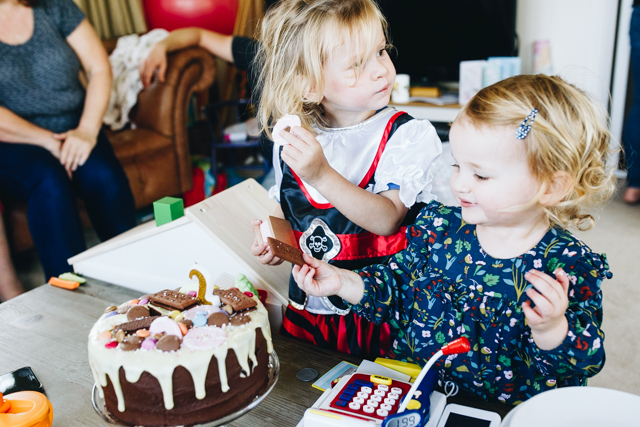 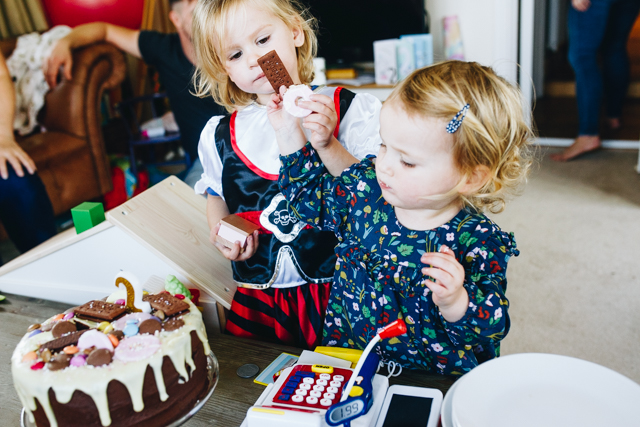 All in all, the day was just perfect. So good to take time out with all our family to celebrate our sweet Ottie, and to see how happy and loved on she was all day long.

Here’s to being two, and to all that the next year will bring! <3

3 Comments
Posted in BIRTHDAY
Read from the beginning >