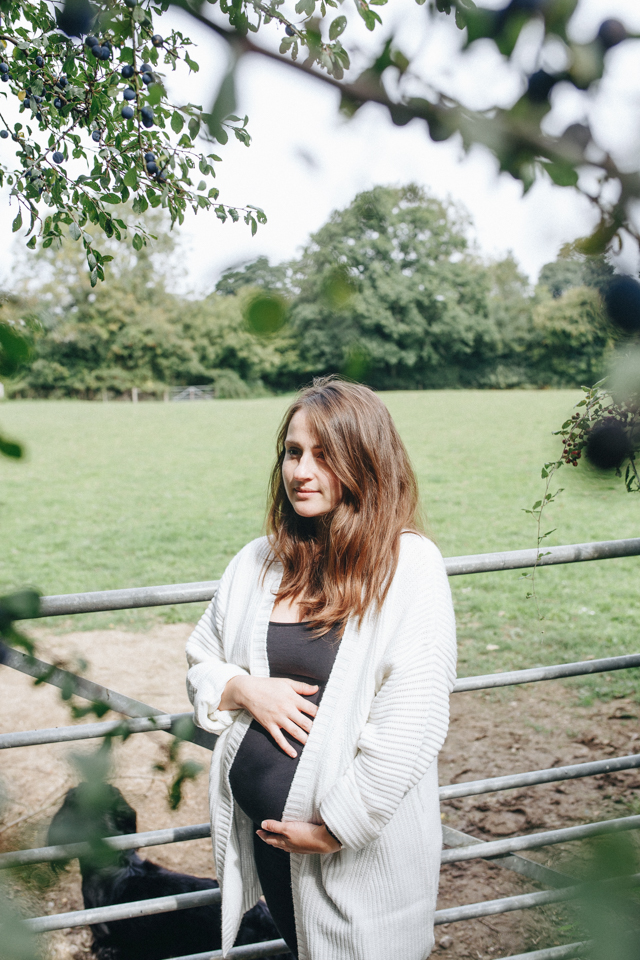 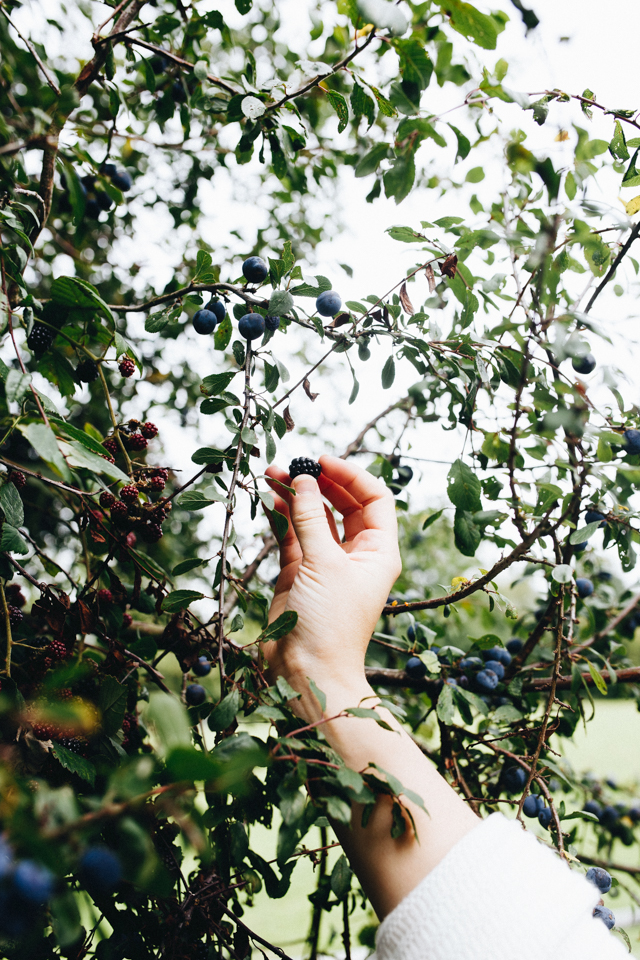 It occurred to me the other day that I haven’t really documented my pregnancy very much at all this time around, especially in comparison with how frequently I wrote little updates when I was carrying Ottilie. I love being able to look back on those posts now and read all about what I was experiencing two years ago as a soon-to-be first time Mum, and so figured perhaps I’d throw it back two years and do one of these kinda-cliche pregnancy update posts! So, let’s start…

How far along:
35 and a half weeks! It still feels like forever until my due date, though I know the time will zip past. Ottilie likes to remind us on a very regular basis ‘after my birthday, baby coming!’! And she’s not wrong!

Days until due date:
35 days. Okay, so seeing that written down makes it feel a LOT closer than when thinking of it as five weeks! Yikes!

The bump:
LOW! I had been carrying pretty much the same as with Ottilie up until this last week, quite neat and all out front, but now all of a sudden the baby’s dropped and I feel like I could go into labour any second! It’s been amazing though, because despite how intense the Braxton Hicks have become, the baby sitting lower has meant that my sciatica and heartburn have eased off massively! Which is absolute heaven, let me tell you! According to my wonderful midwife the baby is 2/5ths engaged already, which feels so surreal to me given that Ottilie was still somersaulting and swimming around in my belly right up the day I went into labour with her!

Weight changes:
I’m not one to weigh myself at the best of times, and since I’m not a masochist, I DEFINITELY don’t weigh myself during pregnancy. It’ll all come off again after. Eventually…

Stretch marks?
No! And it makes me think that all the obsessive belly-oiling I did during my pregnancy with Ottie was probably unnecessary, because this time I’ve been completely useless at remembering to moisturise my bump and haven’t had any stretch marks appear in either pregnancy. I guess what people say is true, it really does come down to genes!

Sleep:
What sleep? Hah. Between waking up needing to wee (at least twice a night…) and Ottilie’s nocturnal wanderings, I can’t say sleep is especially restful these days. But Jason’s my hero and takes Ottie downstairs to do breakfast first thing most mornings and leaves me to catch up on some rest, which saves my sanity in the daytime!

Symptoms:
Um…some general back ache, I guess? But as I said earlier, since the baby’s dropped, all the hardest symptoms have eased right off! I definitely do get absolutely knackered by the end of the day though, and have a fair bit of water retention in my legs and hands. I had that last time too and remember getting the worst night sweats when feeding newborn Ottilie, so though I can’t say I’m looking forward to that again, at least I know the water does go fairly quickly after giving birth!

Best moment this week:
Probably hosting a lovely family lunch for my Mum and her partner on Sunday. It was very low key and totally last minute, but we ate our first blackberry crumble of the year and feasted on food cooked from veg grown solely in our own back garden, which was so special!

Worst moment this week:
Well, Ottilie’s having a spell of the ‘terrible twos’ so I’m going to be honest and say that every time my daughter’s thrown herself on the floor having a screaming meltdown has been the worst moment of my week ;) Hoping she’s back to her normal, considerably less stroppy self very soon!

Miss anything?
Would you judge me if I said alcohol? I was never a drinker at ALL before becoming a Mum (that sounds so great written down, so do feel free to judge…ha!) but since having Ottilie I do love being able to mark the start of the weekend with a post-bedtime Friday evening gin and tonic or glass of fizz! SO looking forward to being able to have a weekend drink again in a few weeks time!

Movement:
Constant! Though it can be uncomfortable at times having a nearly fully grown baby wriggling around inside you, I’m trying to savour it as much as I can because I know I’ll miss the sensation once he or she has arrived <3

Gender:
A surprise! After experiencing the joy of finding out Ottie was a girl after delivering her, now I just can’t ever imagine finding out the sex of my baby during pregnancy! The anticipation is so exciting and we get so few true surprises in life that this is one worth waiting for, if you ask me :)

Wedding Rings on/off:
On! Though my hands do feel puffy so I’ve taken off my eternity and engagement rings just for comfort, and am only wearing my wedding band right now.

Mood:
Excited! But also short tempered and stroppy, since we’re being real over here. Being pregnant is a rollercoaster of emotions!

Looking forward to:
Celebrating Ottilie’s second birthday this weekend, making her the chocolate cake she’s been requesting for weeks, and also to giving birth! I’m feeling so positive about our home birth plans, and excited to bring this little baby into our family. Roll on the next few weeks! 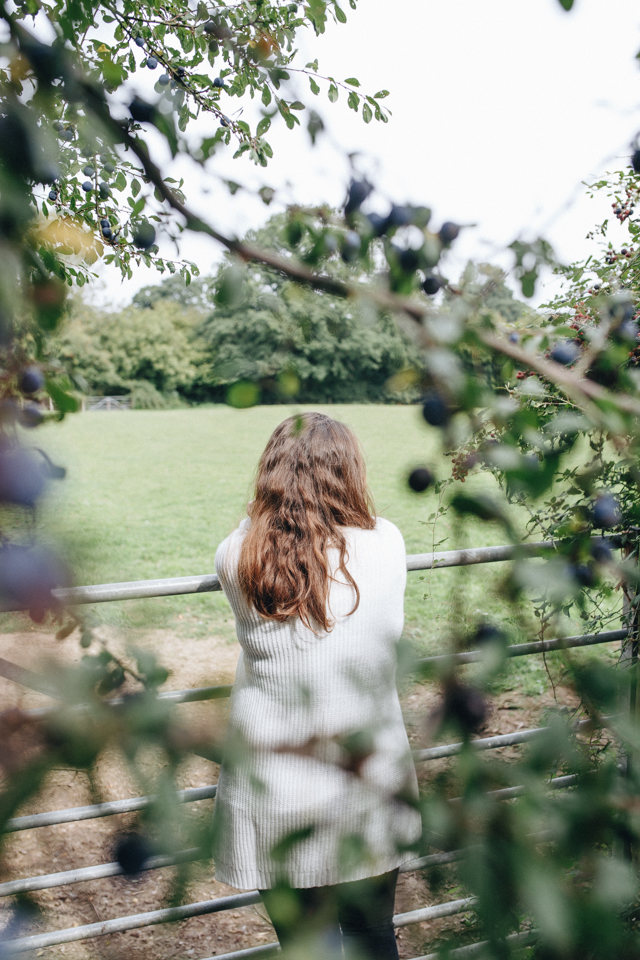 3 Comments
Posted in PREGNANCY
Read from the beginning >