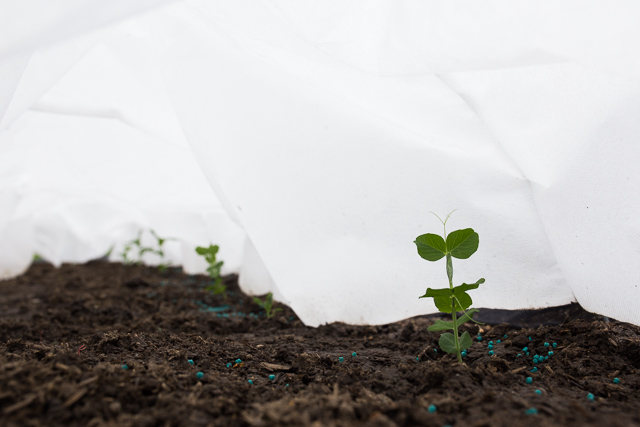 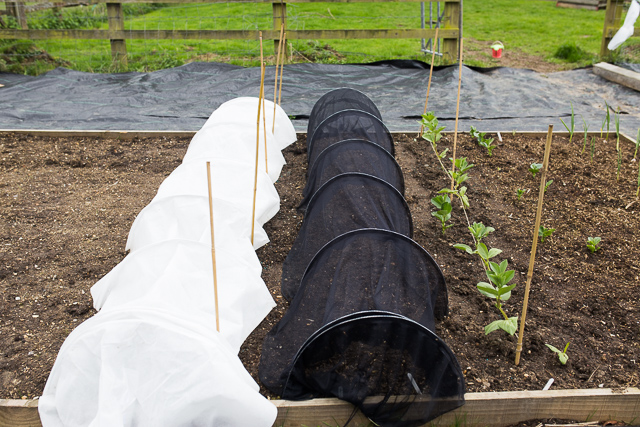 I’ve been meaning to put together another kitchen garden update for ages now (my last one was in January!) but what with the months on end of snowy, drizzly, and grey weather we’ve had, it’s not really felt like the weather for gardening! But I’ve been getting out and cracking on with my seed-sowing as much as I can, to keep on top of my plans for the vegetable patch.

And things are looking good! With the upswing in temperatures over the last couple of weeks I’ve been able to start putting the young plants out into the beds, with the spinach (‘Red Kitten’ is the variety) planted and thriving, and a second sowing of broad beans (originally sown in toilet roll tubes to encourage strong root growth) out and getting ready to unfurl their first flowers. 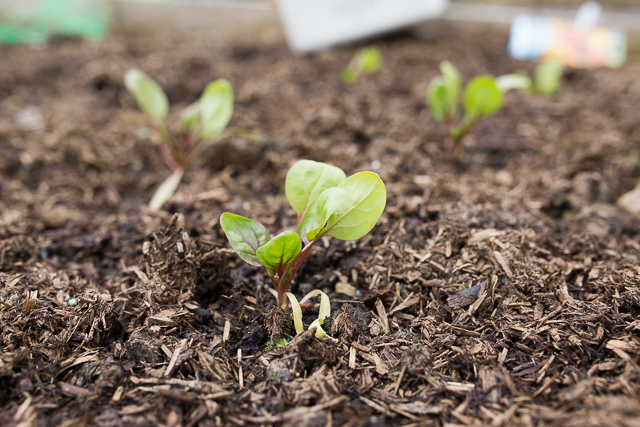 The first ‘Kelvedon Wonder’ peas are under a fabric cloche (I sowed a tray of peas back in March, and then planted those out a few weeks ago whilst also sowing more peas in between the plants to fill the gaps), and the last couple of weeks have also been a mad race to get all the potatoes in! I’ve done 6 rows, two each of extra early ‘Swift’, second early ‘Charlotte’, and main crop ‘Sarpa Miro’ potatoes. The Swifts are already popping up through the soil, which fills me with joy and dreams of early summer potato salads to come! 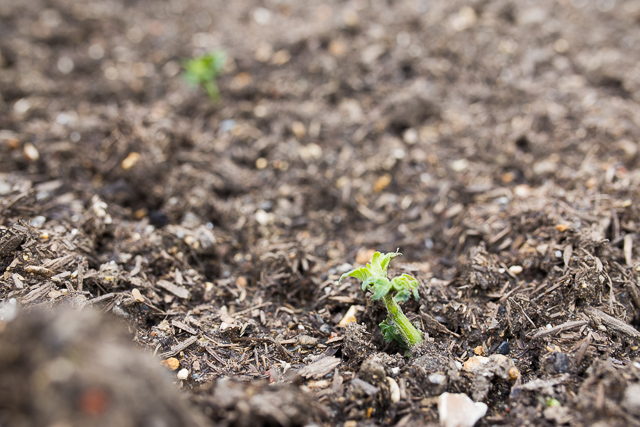 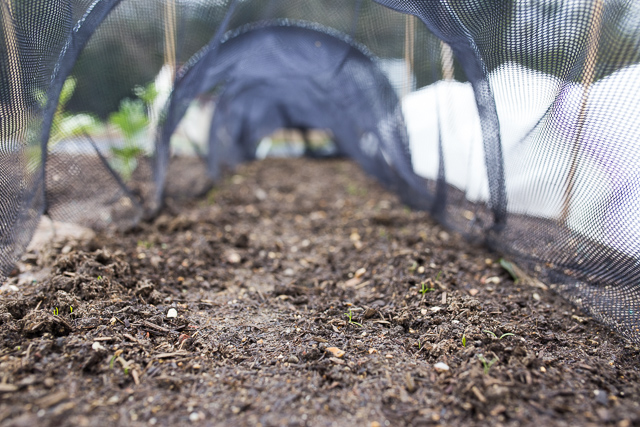 I’d forgotten just how wonderful it to see tiny green shoots poking up through the soil, and how addictive checking daily for signs of new growth can be! This week has brought about the arrival of a green haze of carrot seedlings underneath the black netting of their cosy tunnel, though I’m kicking myself for not having checked back at the plan I made for each of the beds and having sowed these seeds in totally the wrong place!

I’d intended to sow the carrots alongside the cabbages and kales, so that I could net them all against their enemies the carrot root fly and cabbage white butterflies respectively, but I stupidly just sowed them right next to the broad beans. It’s no big deal, but just not as organised as I’d hoped to be!

Anyway, carrots were one of my favourite things I grew last year, so I’m hoping this crop will do well. I’ve got one row of ‘Chantenay’ carrots, and one of ‘Purple Sun’, and plan to sow two more rows soon to have a succession of delicious homegrown carrots all summer long! 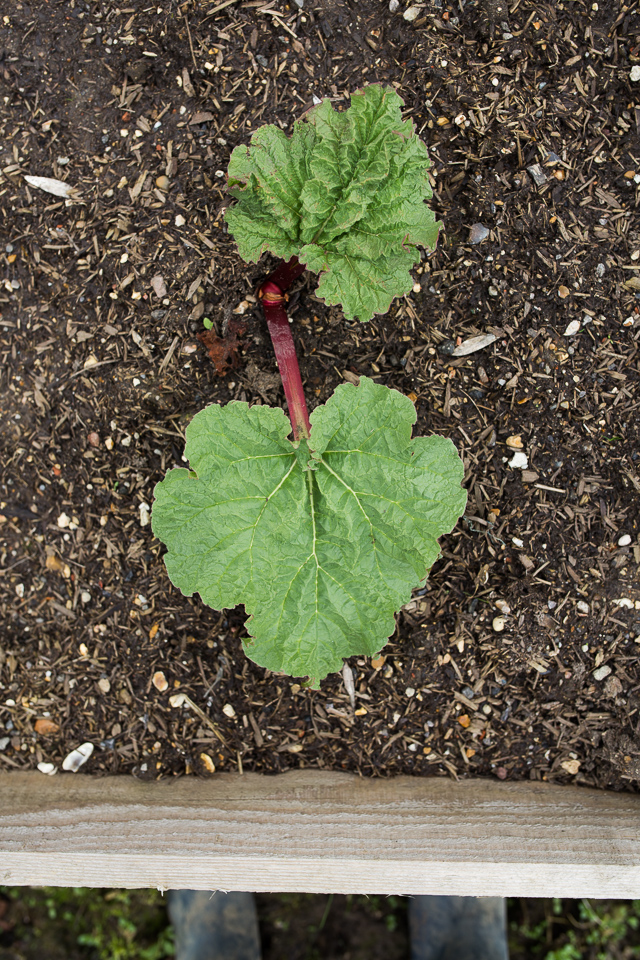 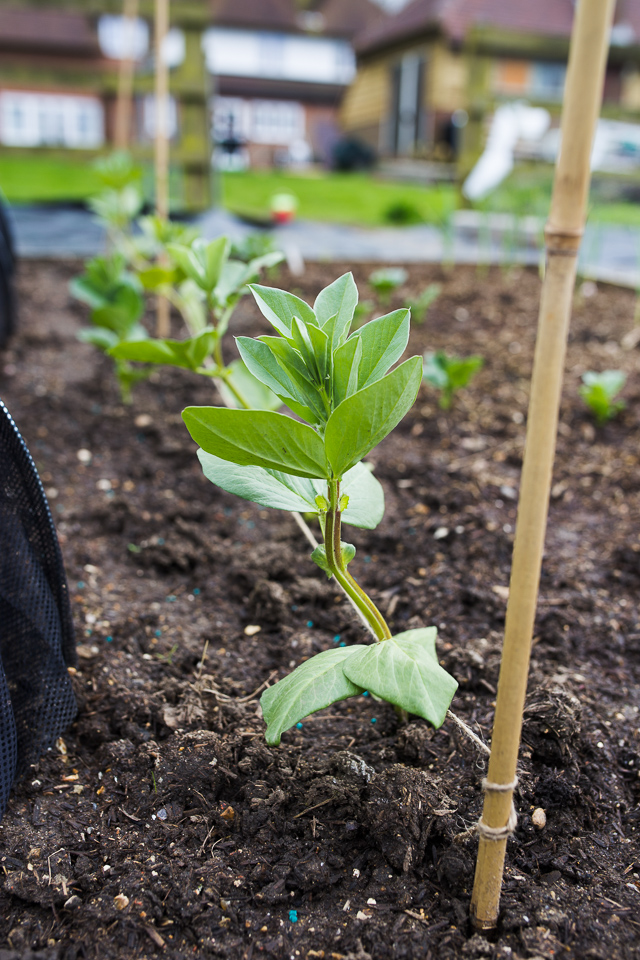 And so, to this month’s lists of seeds to get going with!

+ Lettuces, ‘Red Salad Bowl’ and ‘All Year Round Butterhead’
Strangely, though I sowed both these varieties of lettuce at the exact same time and into the same seed tray at the start of the month, only the red variety germinated! I’m totally stumped as to why the butterhead variety didn’t come up, but now I’ve transplanted all the red lettuce seedlings I’d better get on and resow the butterhead seeds or else we’ll be having some pretty boring salads over the coming weeks!

+ Peas, ‘Sugar Snap Ann’ and ‘Kelvedon Wonder’
I’m trying to keep a succession of sowings going with the peas this month, so that we have a nice long season of fresh peas from the garden! Sugar snaps picked fresh were the most delicious thing ever last summer (though I had trouble with caterpillars!), and I truly can’t wait to have them fresh from the garden again this year. The canes and netting are up and ready for sugar snaps to scramble up, and I need to go and cut some pea sticks from the hedgerows to support the peas.

+ Courgettes, ‘Soleil’ and ‘Striato d’Italia’
Roll on courgette season! The Soleil’s are up and potted on and happy and I’m about to sow the second variety, which were the ones I grew last year and that I recommend to EVERYBODY! I’ve learnt this year to only sow three or four of each variety, because a couple of monster courgette plants is plenty for a copious supply all summer long!

+ Beetroot, ‘Boltardy’
This is my first attempt at beetroot, and from what I hear it’s a pretty easy going veg to grow! I’m not actually sure I’ve ever cooked beetroot either, but have big plans for pickling some this year to eat at Christmas time!

+ Cucumber, ‘Marketmore’
I grew cucumber last year but not very successfully- I think I had two cucumbers in total! This year I found them tricky to germinate, but after asking for advice from Sam on Instagram (a veg-growing guru!), and a brief stint on a warm radiator to help them get going, we’re finally away! And I’m so excited because nothing beats a freshly picked cucumber!

+ Leeks, ‘Musselburgh’
I sowed some leeks a few months ago, but I’m not convinced the young plants look all that healthy. I’ve planted them out anyway, and have just sowed another row alongside them and hope they’ll do well! Leeks are one of my favourite veg to cook with, and apparently this variety are fairly easy to grow. Let’s hope! 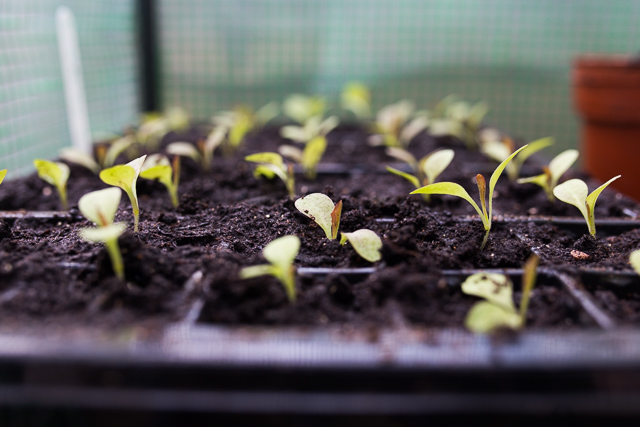 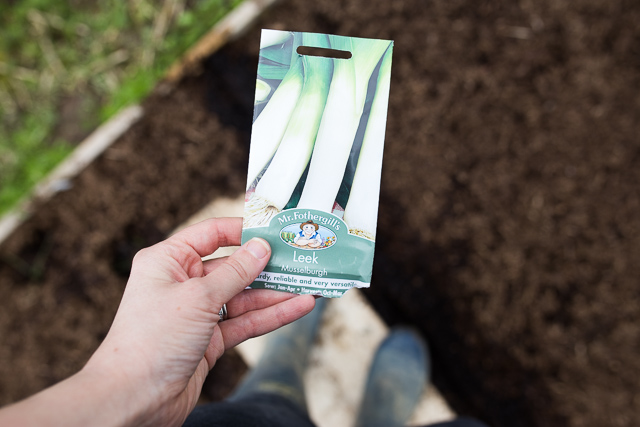 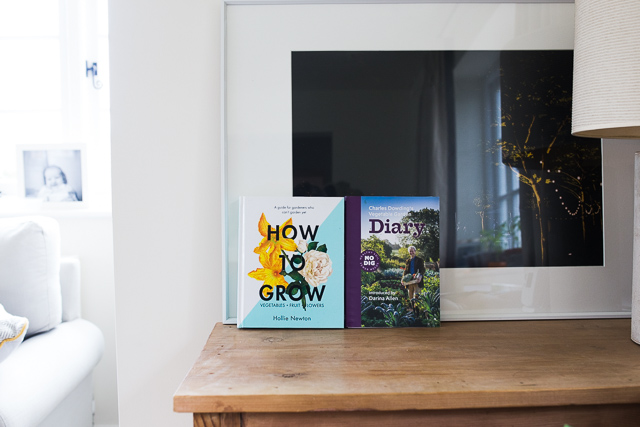 And last of all, a couple of book recommendations for you! Hollie Newton’s ‘How To Grow’ was my Bible last year, and I’ve just started reading it once again. It’s just the most beautiful, practical, wonderfully written book- a guide to growing vegetables and fruit interspersed with recipes and anecdotes from Hollie’s own garden. The photos are gorgeous, and it’s the most accessible gardening book I’ve come across so far. I love it!

Charles Dowding’s Diary is, funnily enough, a diary! There’s space to fill in information and notes about what you’re sowing and planting throughout the calendar year, though I’ll admit I’ve been a bit useless about remembering to fill it in. I’ve found the seed sowing calendar the most useful thing about it, plus all the information about no-dig gardening and veg growing in general is invaluable. Worth a read!

What are you growing this year?

6 Comments
Posted in GARDENING, KITCHEN GARDEN
Read from the beginning >