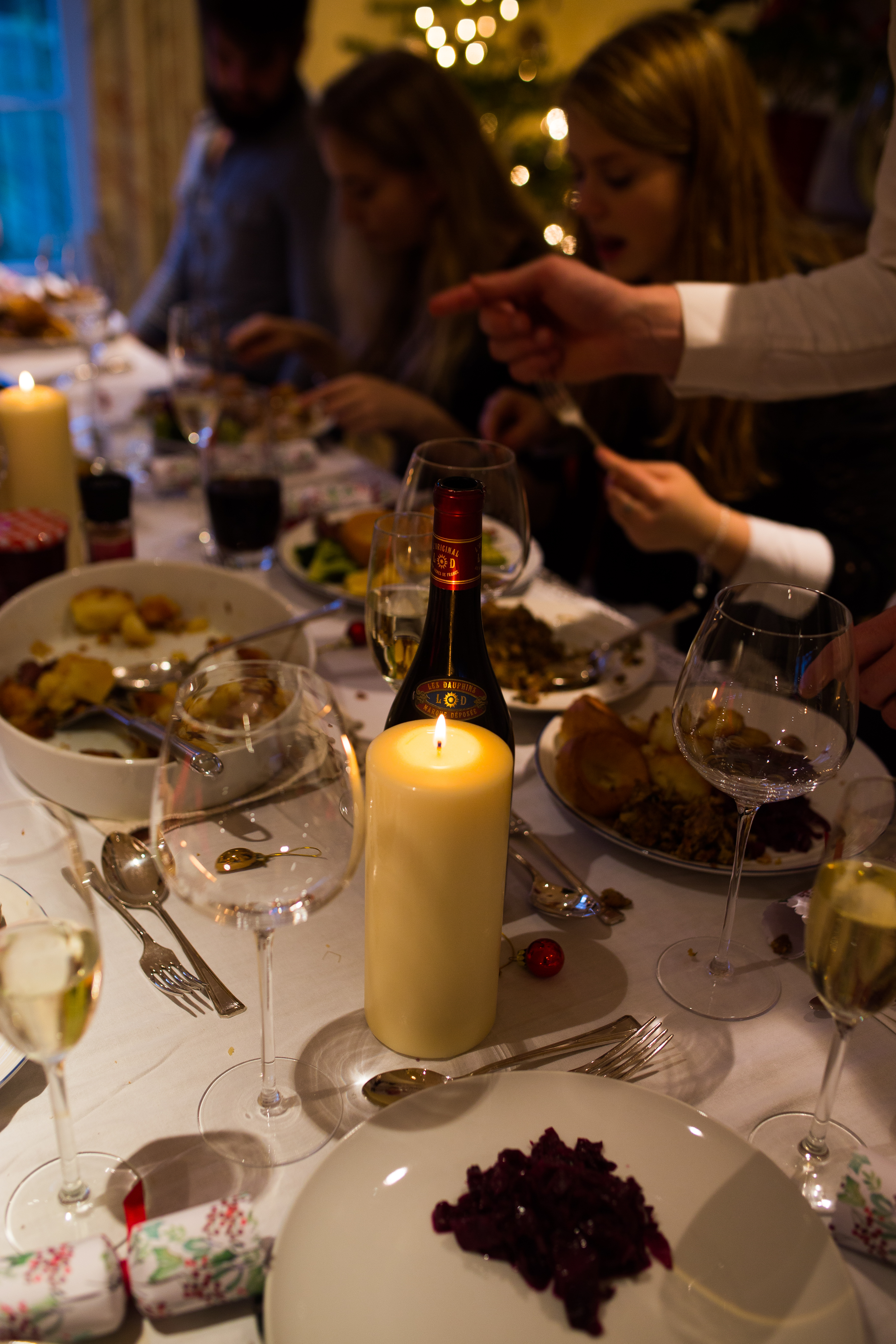 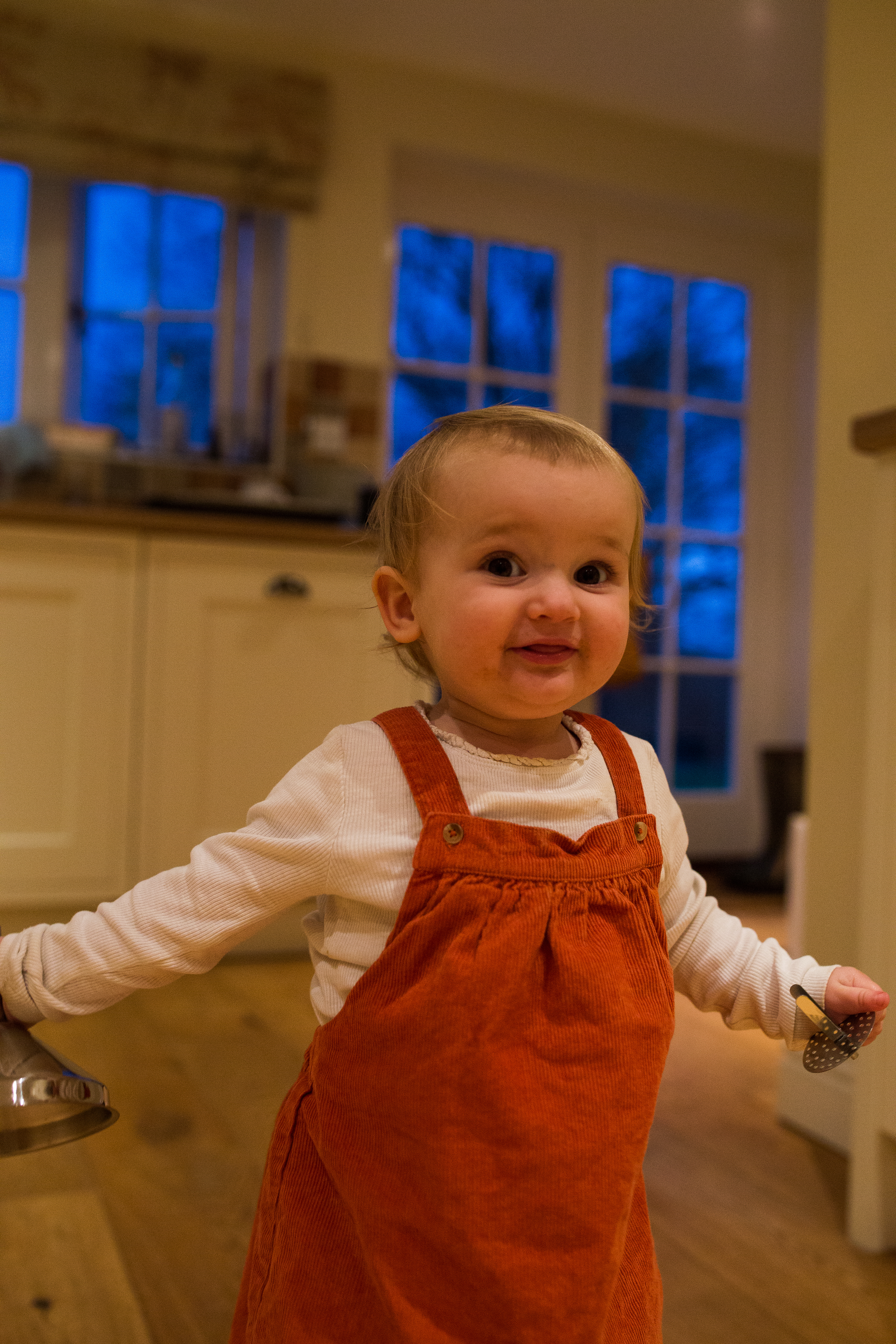 We did it, our first proper grown up Christmas where WE were the hosts! I’m still kind of in shock that I’m an actual real life adult with a toddler, but now that I’ve hosted Christmas and cooked lunch for 11? Well that’s it. Feeling pretty swish these days ;)

In all seriousness though, we had the best time having Christmas with our family in our new house. Jason and I worked out that this was the first time in eight (or is it nine? I lose track…) years of being together that we’ve stayed in one place for the whole of Christmas Day, and it was so lovely!

And having Ottie running round was just the best, she was such great entertainment all day as she opened up parcel after parcel of beautiful gifts and said ‘wooowwweeee’ each time. In typical toddler style of course, her favourite thing to play with at the moment, despite our living room now looking like a JoJo Maman store, is the jam funnel that she goes and pinches from the kitchen cupboard every morning after breakfast. She likes to carry it round and shout into it like it’s her own mini megaphone, and it’s hilarious and deafening in equal measure! 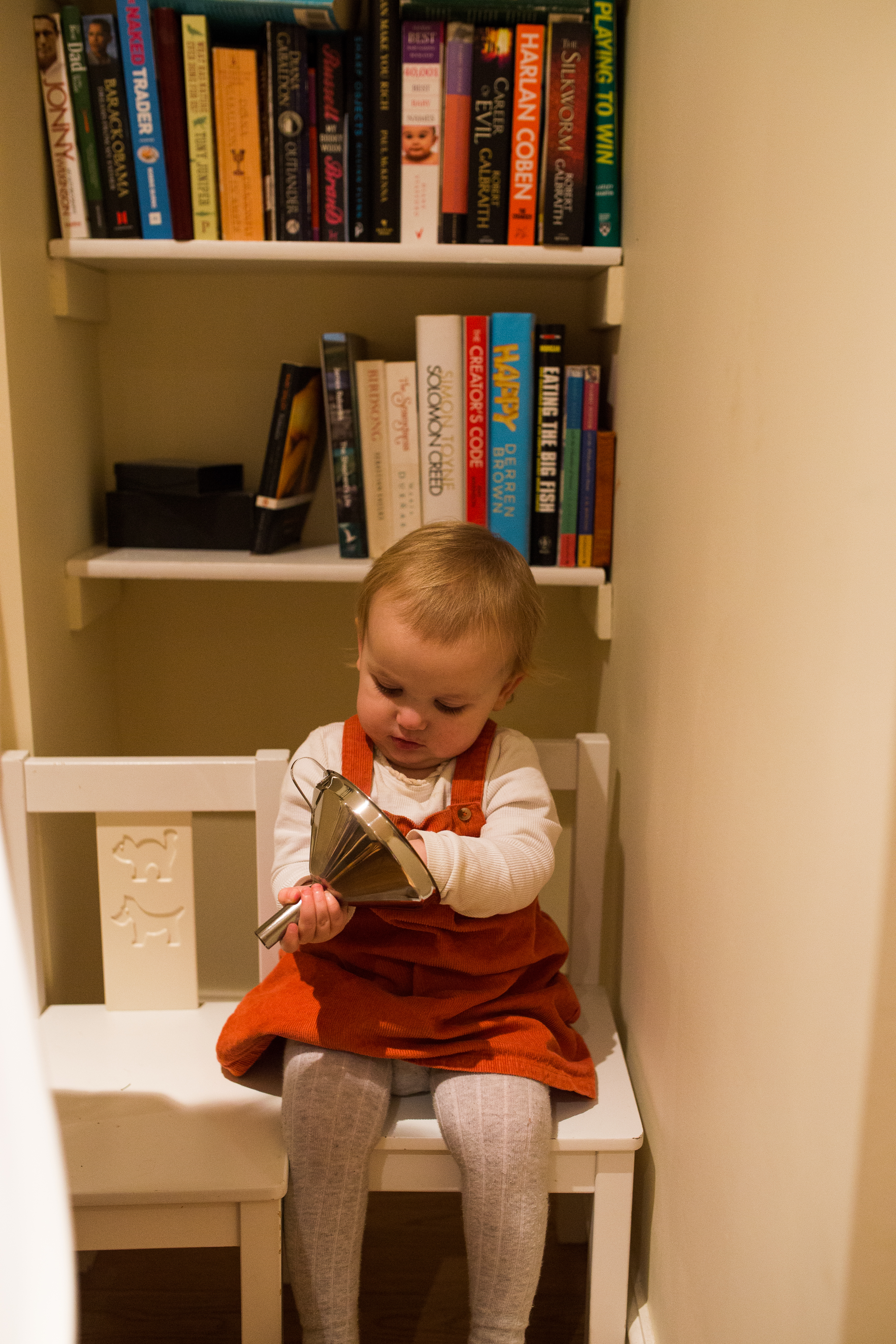 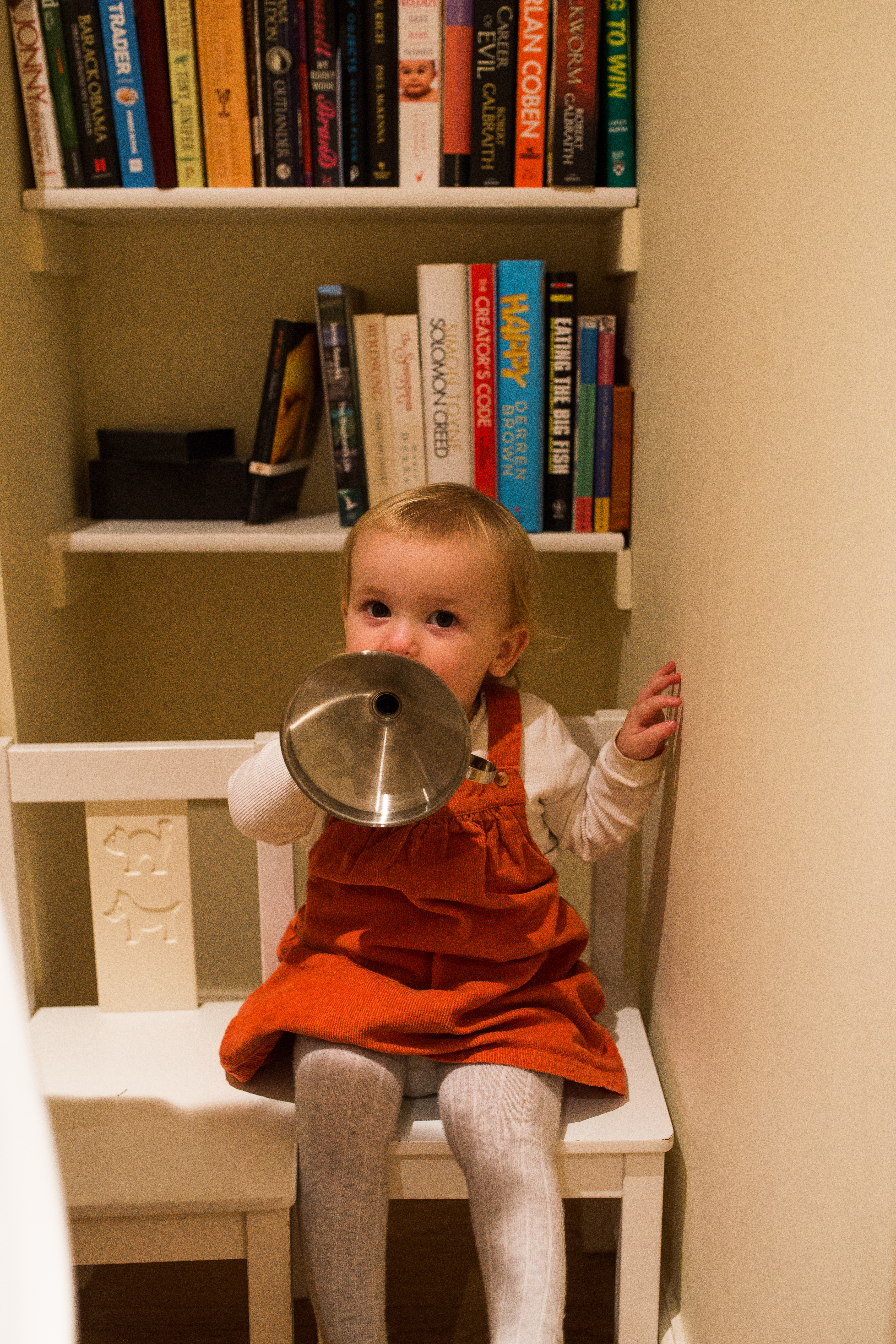 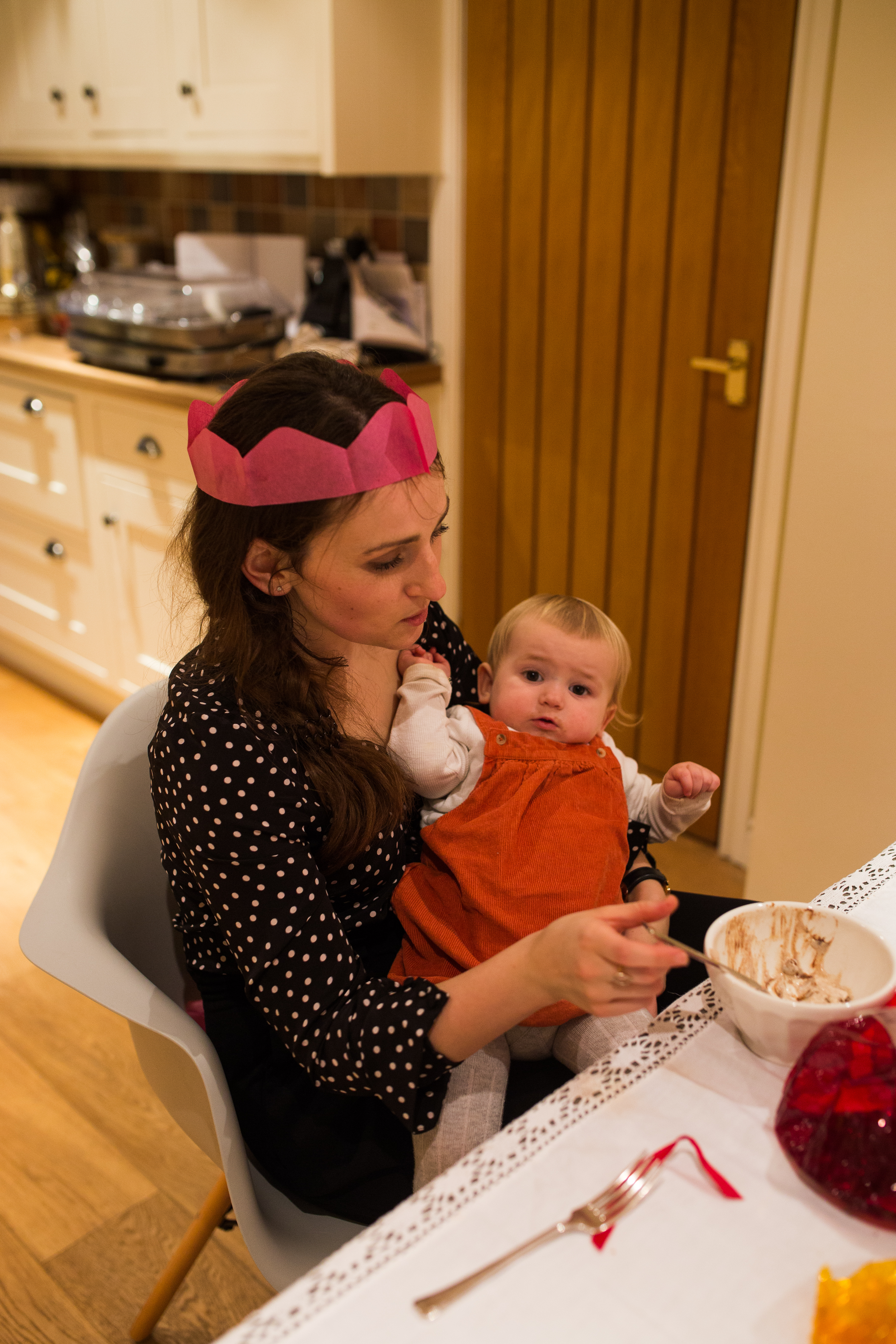 If you can believe it, this was the one and only photo of Ottilie and I from the whole Christmas! And isn’t it a corker! ;) It was taken right at the end of our meal, when Ottie had just woken from her glorious two and a half hour nap and arrived downstairs just in time to polish off a portion of peanut butter and chocolate pie!

Speaking of food, this was my first vegan Christmas, and honestly I barely noticed a difference! My favourite part of Christmas lunch has always been all the veggies anyway (Brussels sprouts! Braised red cabbage!), and my Mum makes the most delicious veggie stuffing so was in charge of that this year.

The only thing I ‘missed’ was that normally I’d eat myself until I was almost sick on cheese late in the evening, but as I’m not a major fan of most vegan cheeses (though want to make some nut cheeses this year, Tania raves about them!) this year I just had a few crackers and the tasty vegan garlic and herb cream cheese that Sainsbury’s sell, and then went all out on the chocolate instead!

For dessert I made Minimalist Baker’s chocolate and peanut butter pie, and it was amazing! I’d absolutely make it again, though with just a touch more sweetness added to the pie filling as it was ever so slightly too savoury from the peanut butter for my taste. 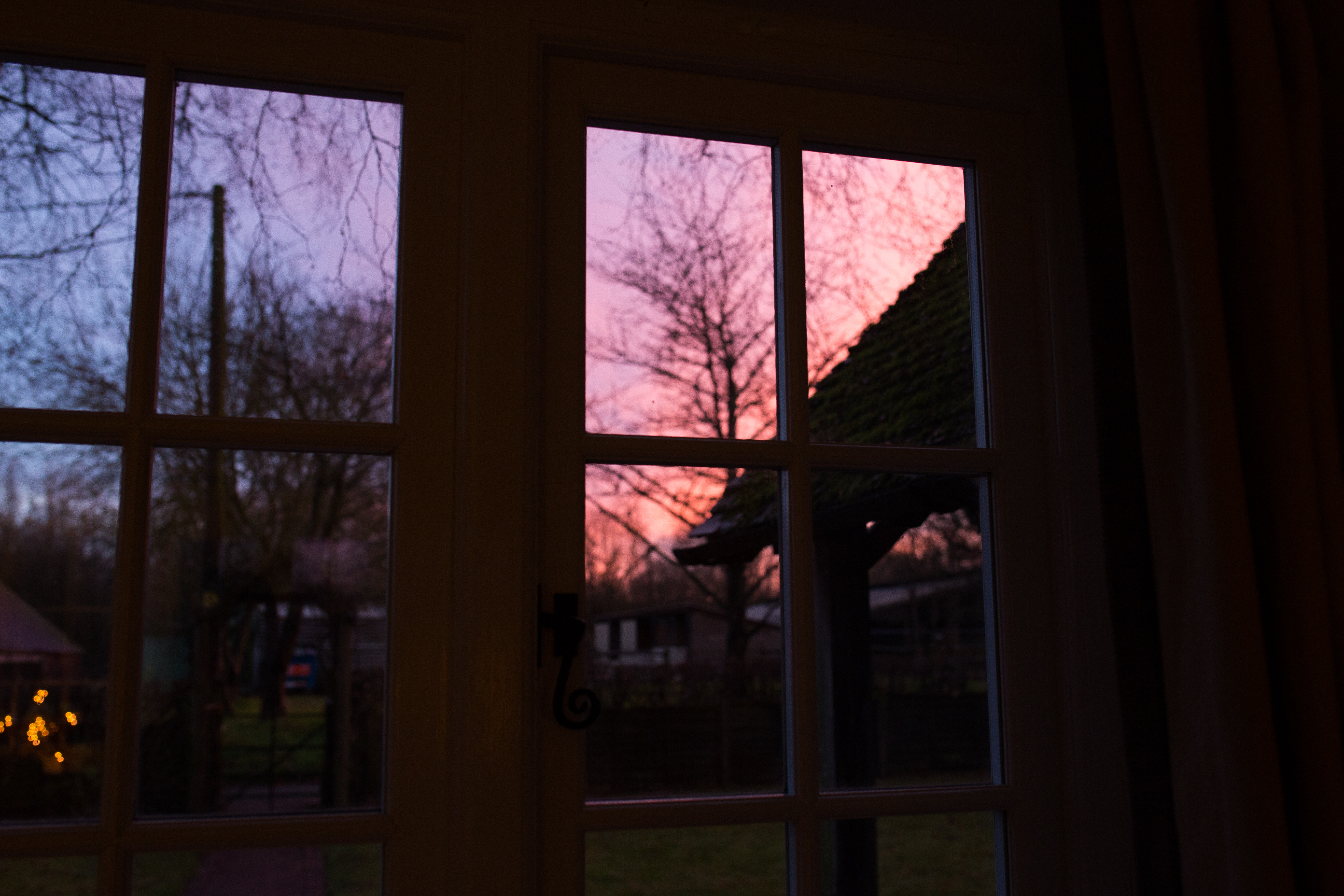 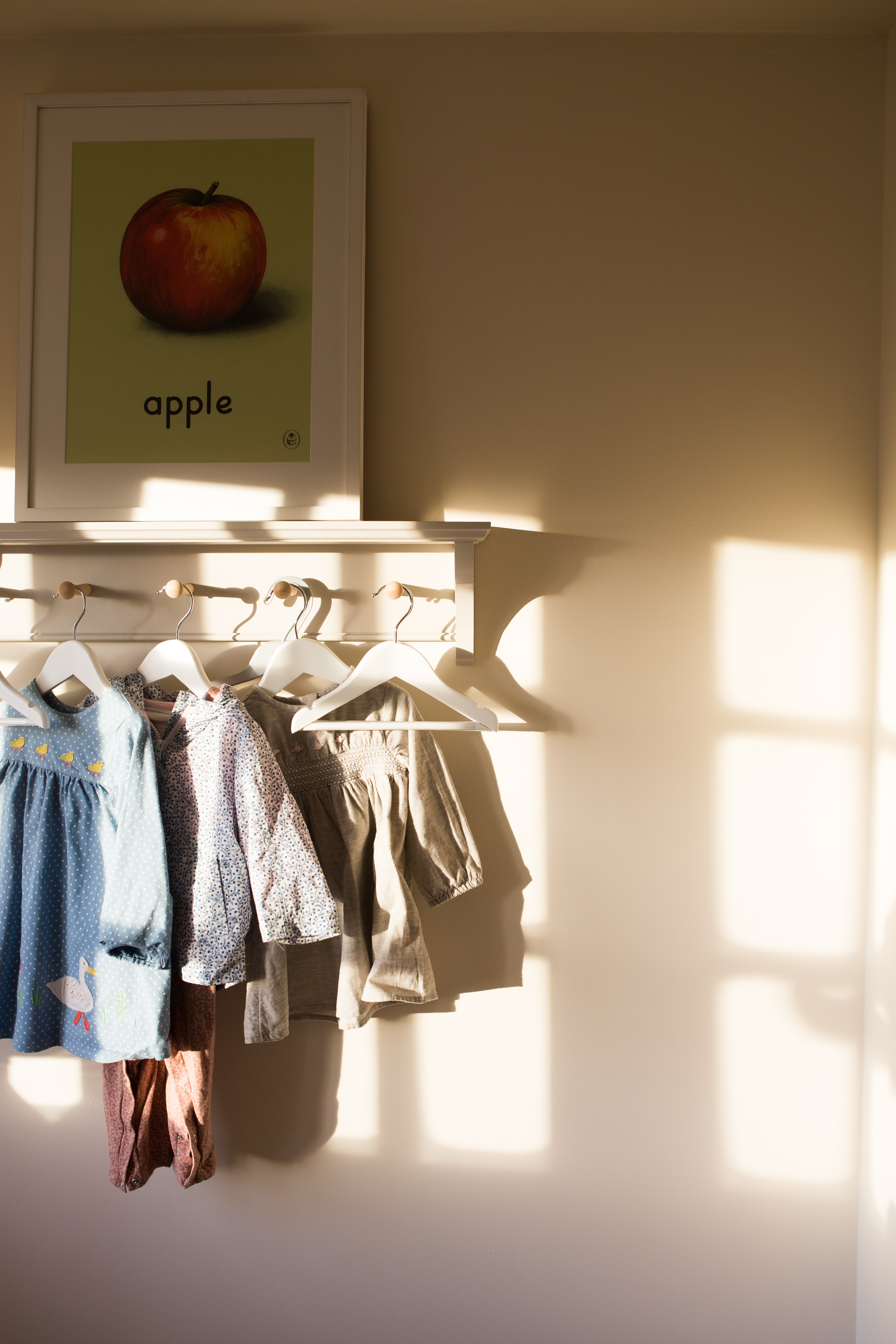 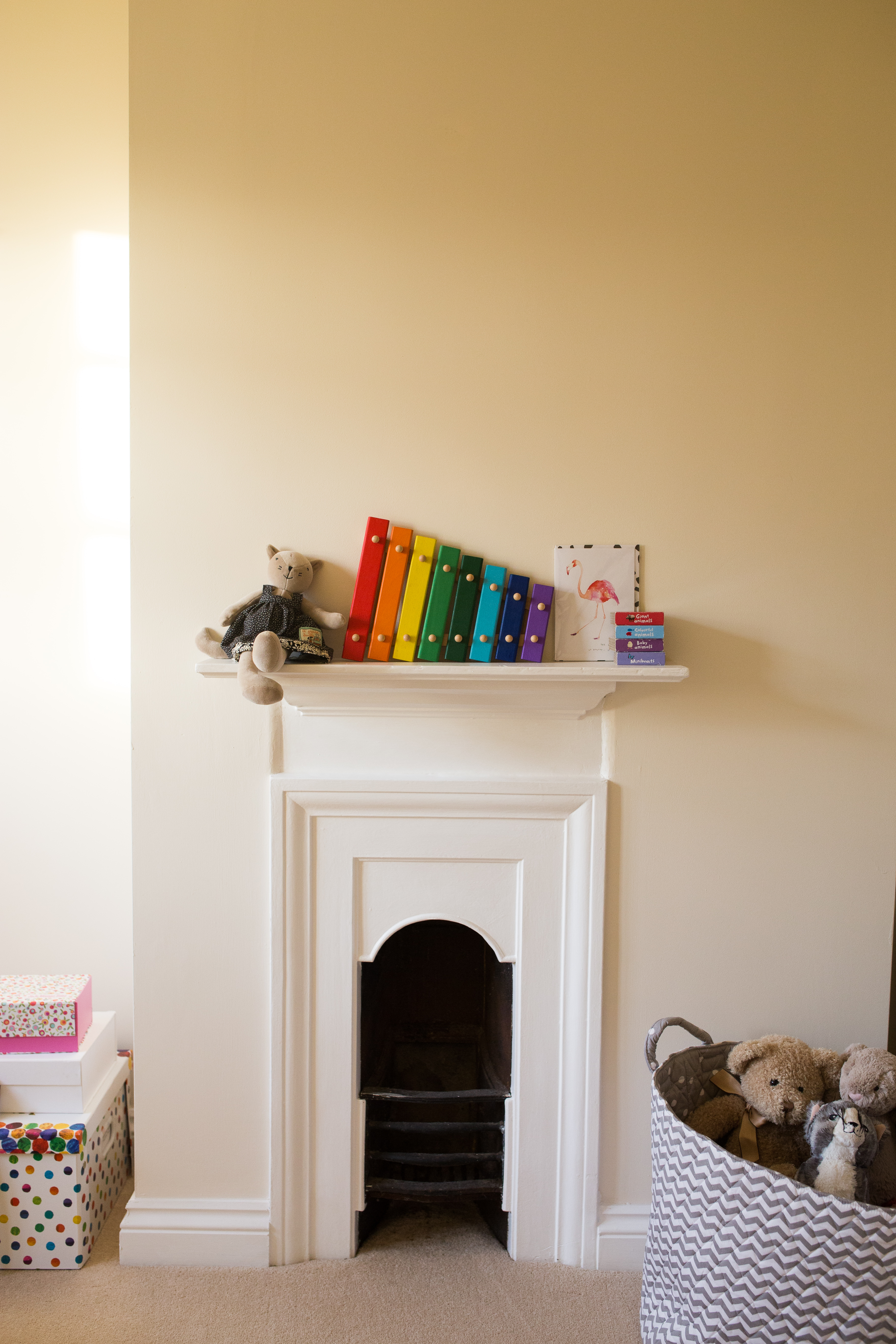 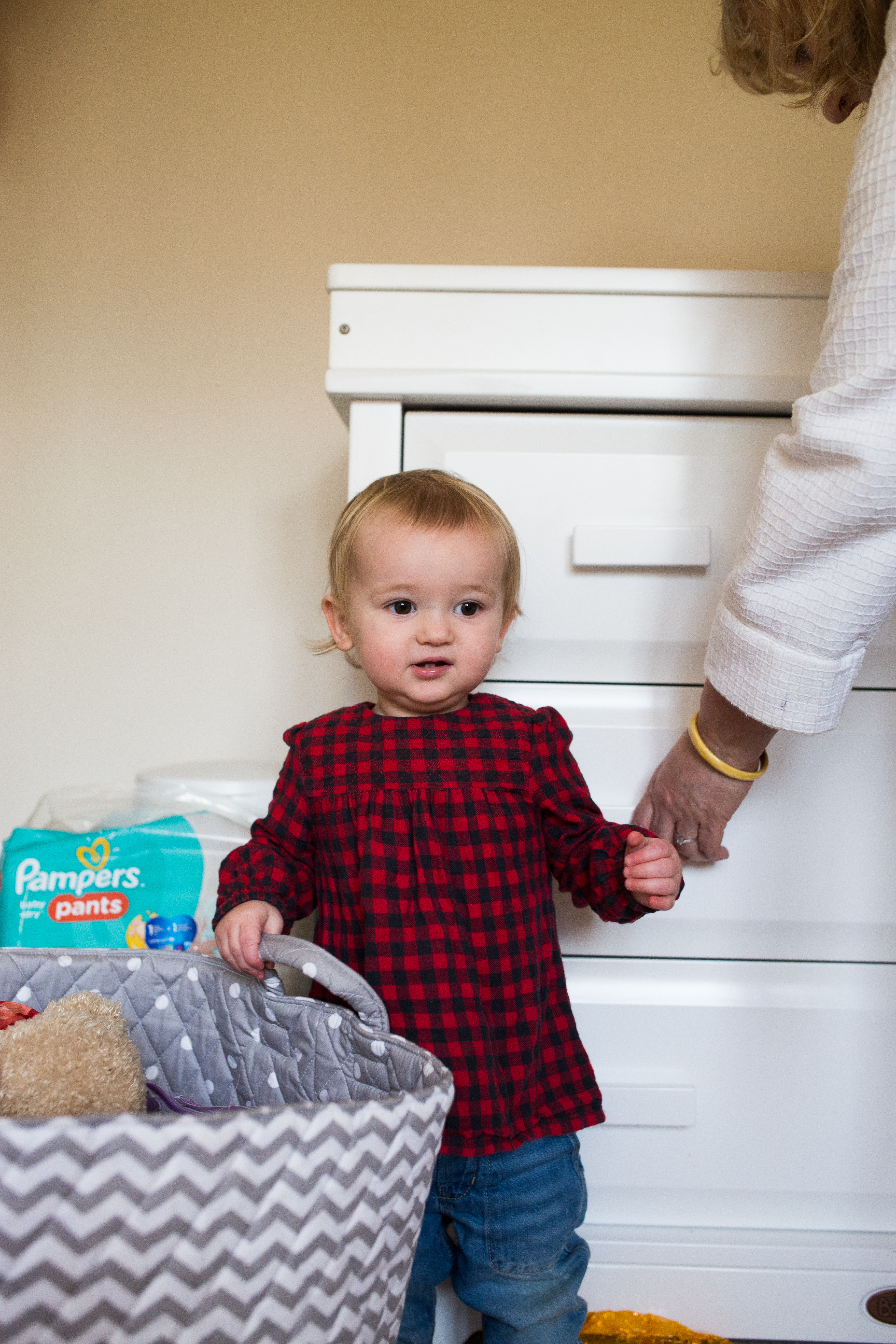 Our Boxing Day was quiet and slow to start, with plenty of coffee brewed and rounds of toast made and panettone eaten by my husband who might be panettone’s biggest fan.

My Mum and her partner Rob had stayed the night at ours, and once we all were up, dressed, and ready to go, welly boots and thick coats were donned and we all wandered up the lane to stretch our legs and burn some energy off the dogs who’d been thoroughly treated with leftovers the day before! 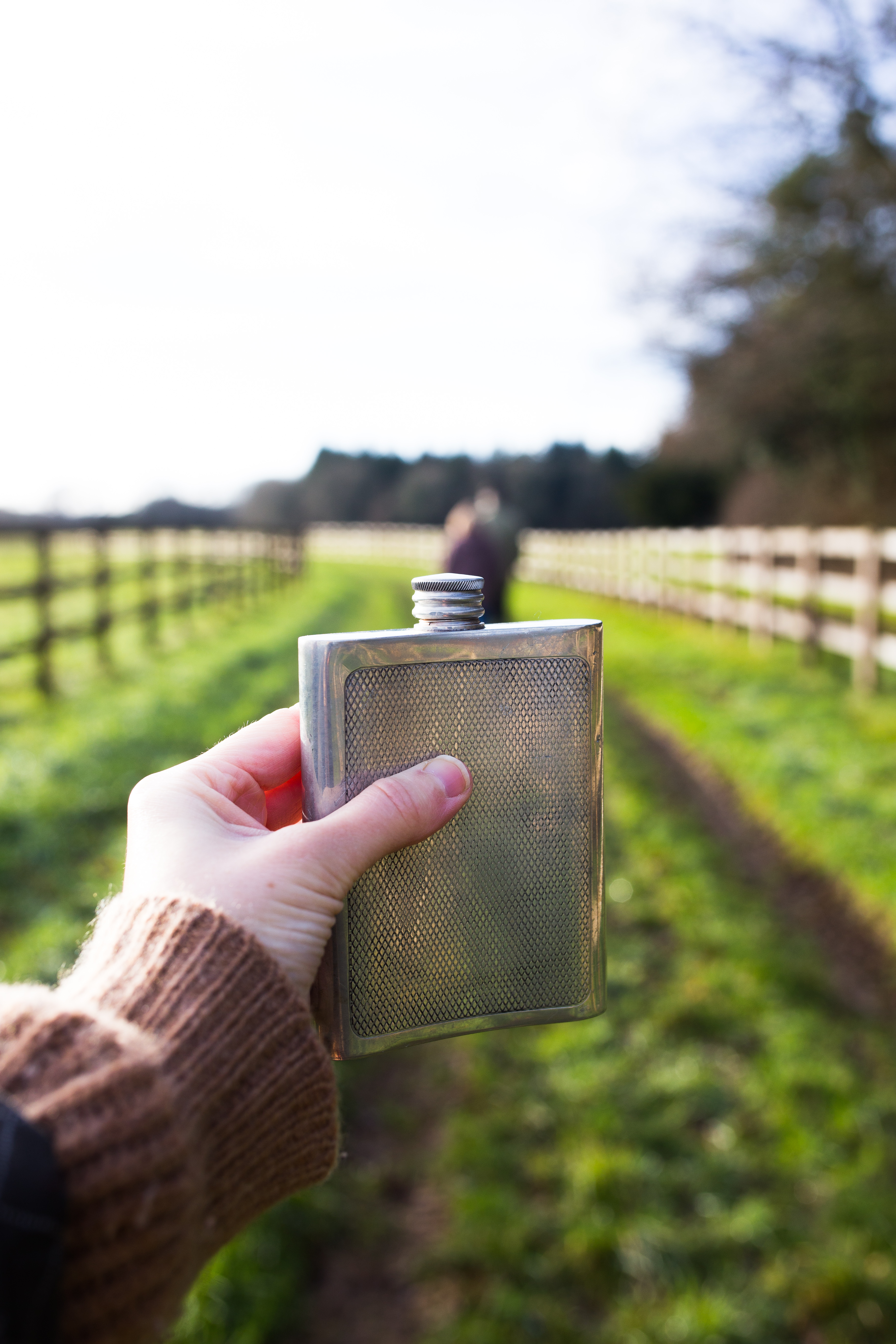 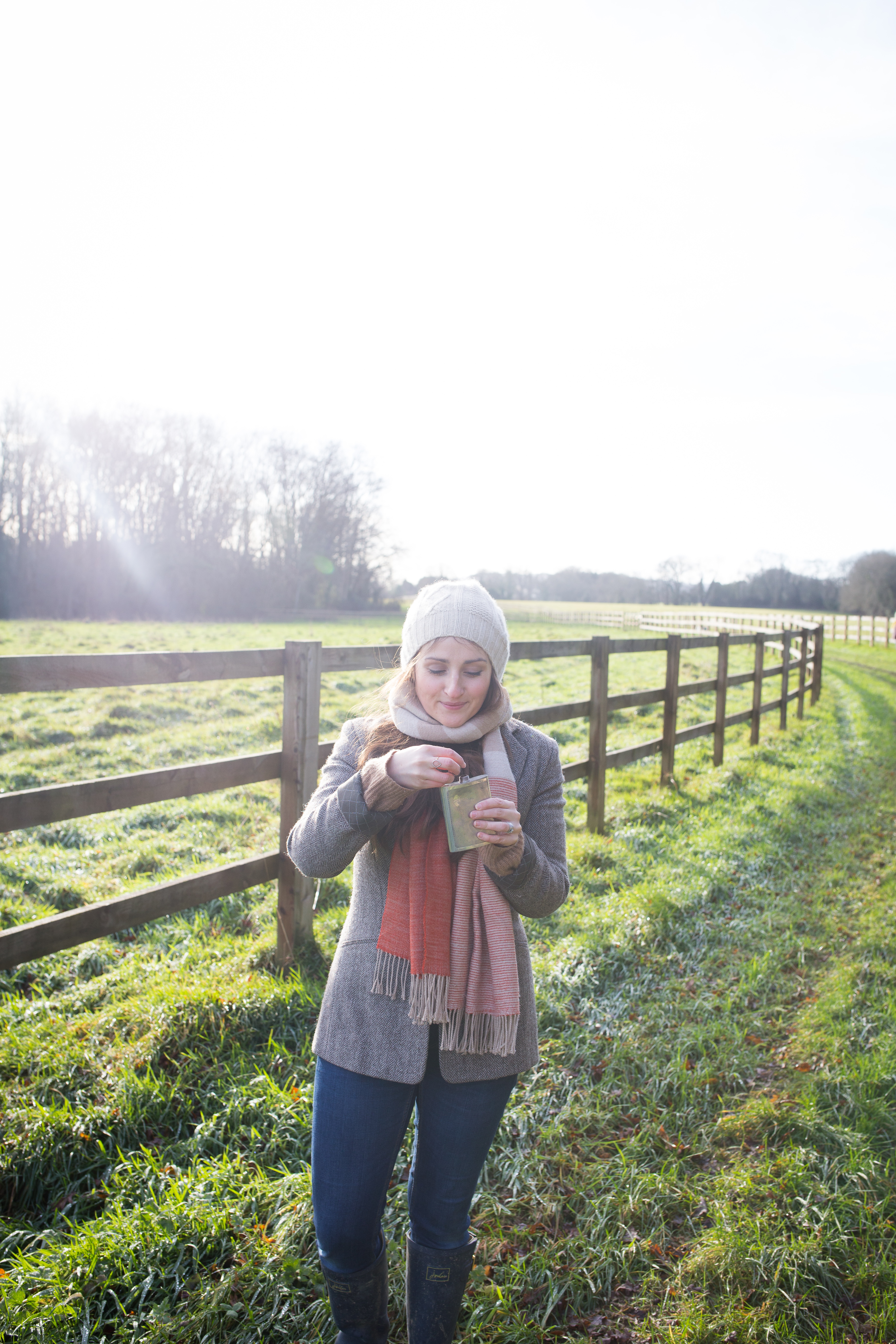 You know what goes great with a Boxing Day walk? A hip flask of two year old homemade sloe gin! 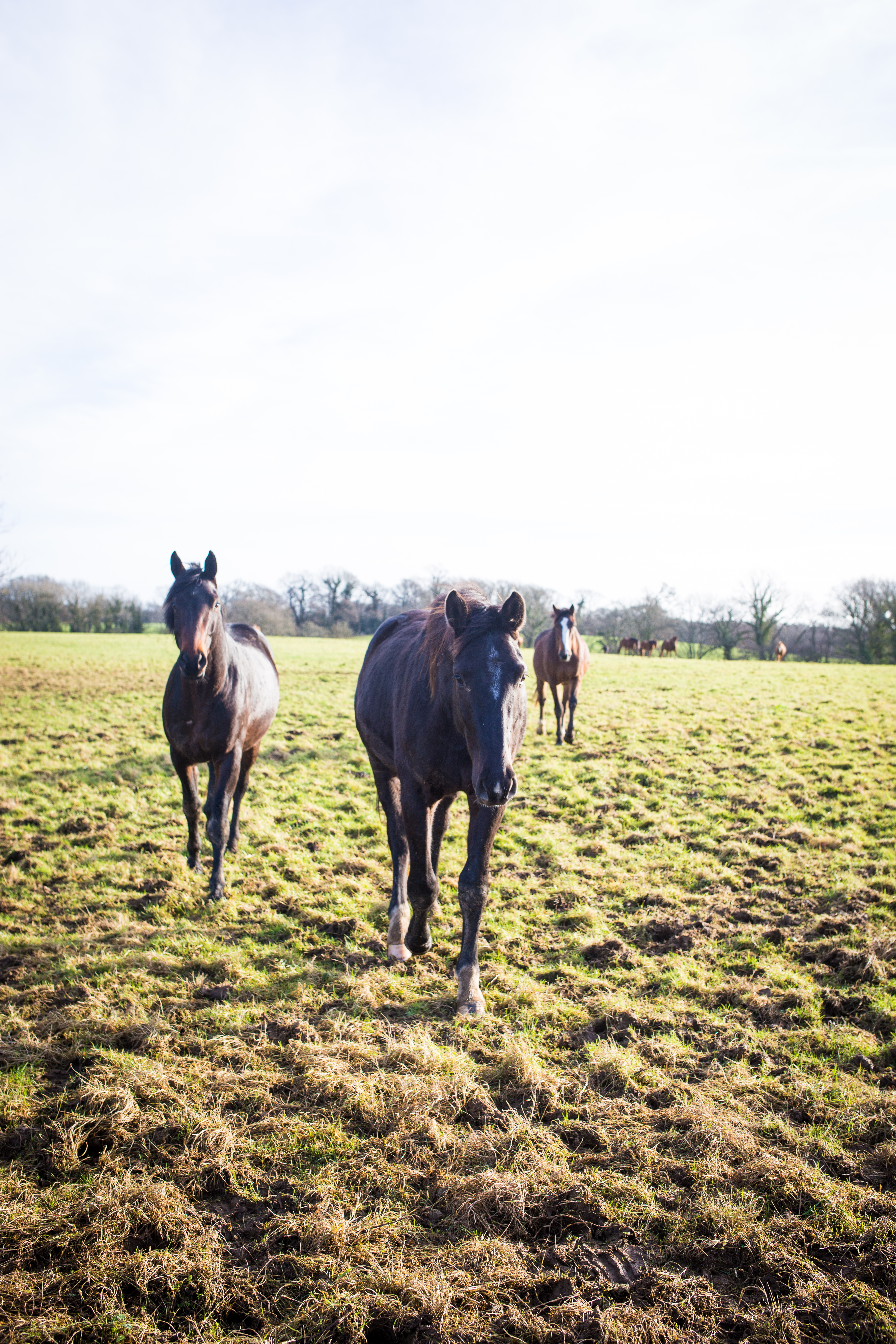 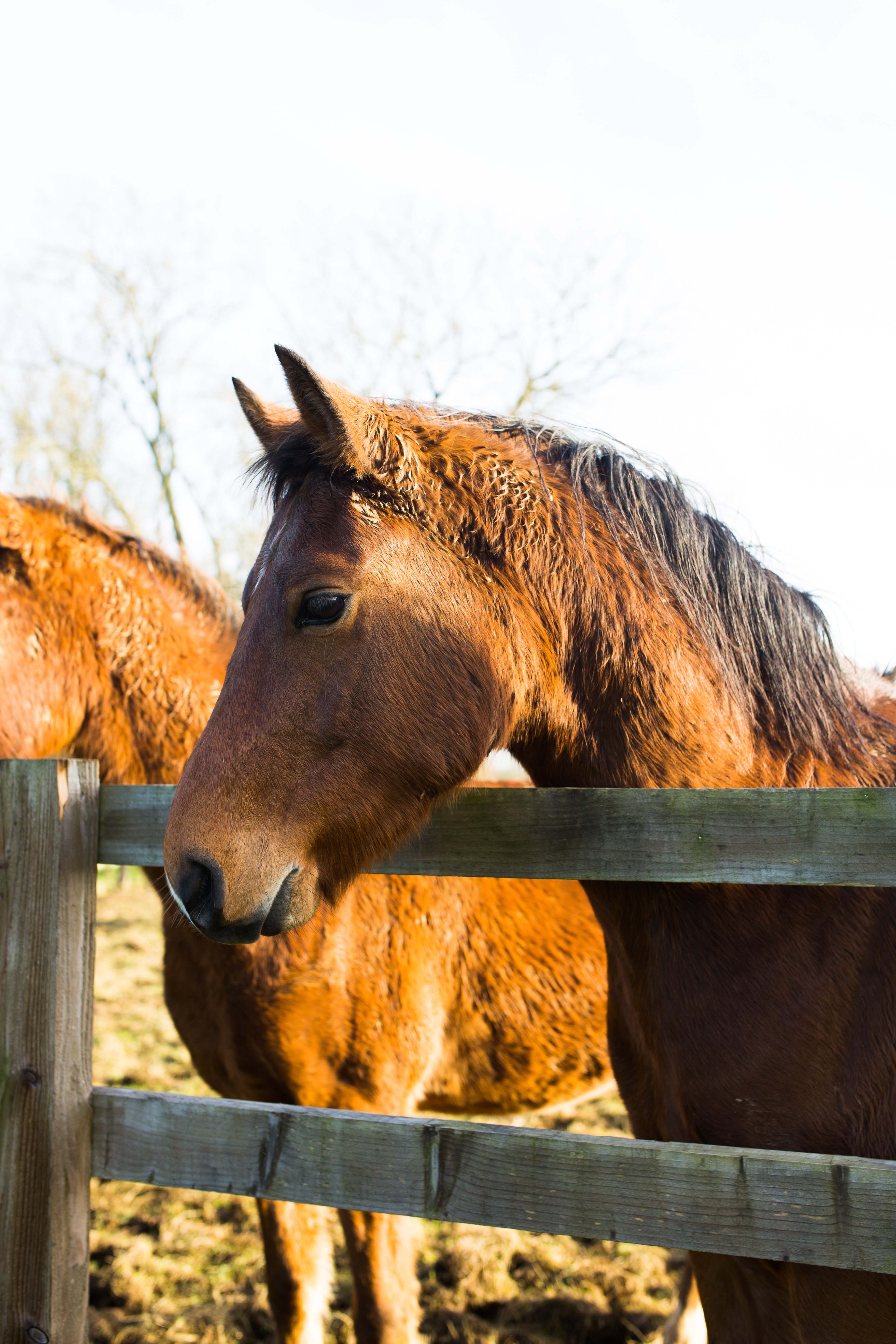 We stopped for a good twenty minutes to give these darlings some Christmas cuddles, which is basically my favourite part about every dog walk these days! There are a couple of young horses in the field just up the lane from our house and they’re the sweetest, most affectionate little things. I could honestly stay there all day! 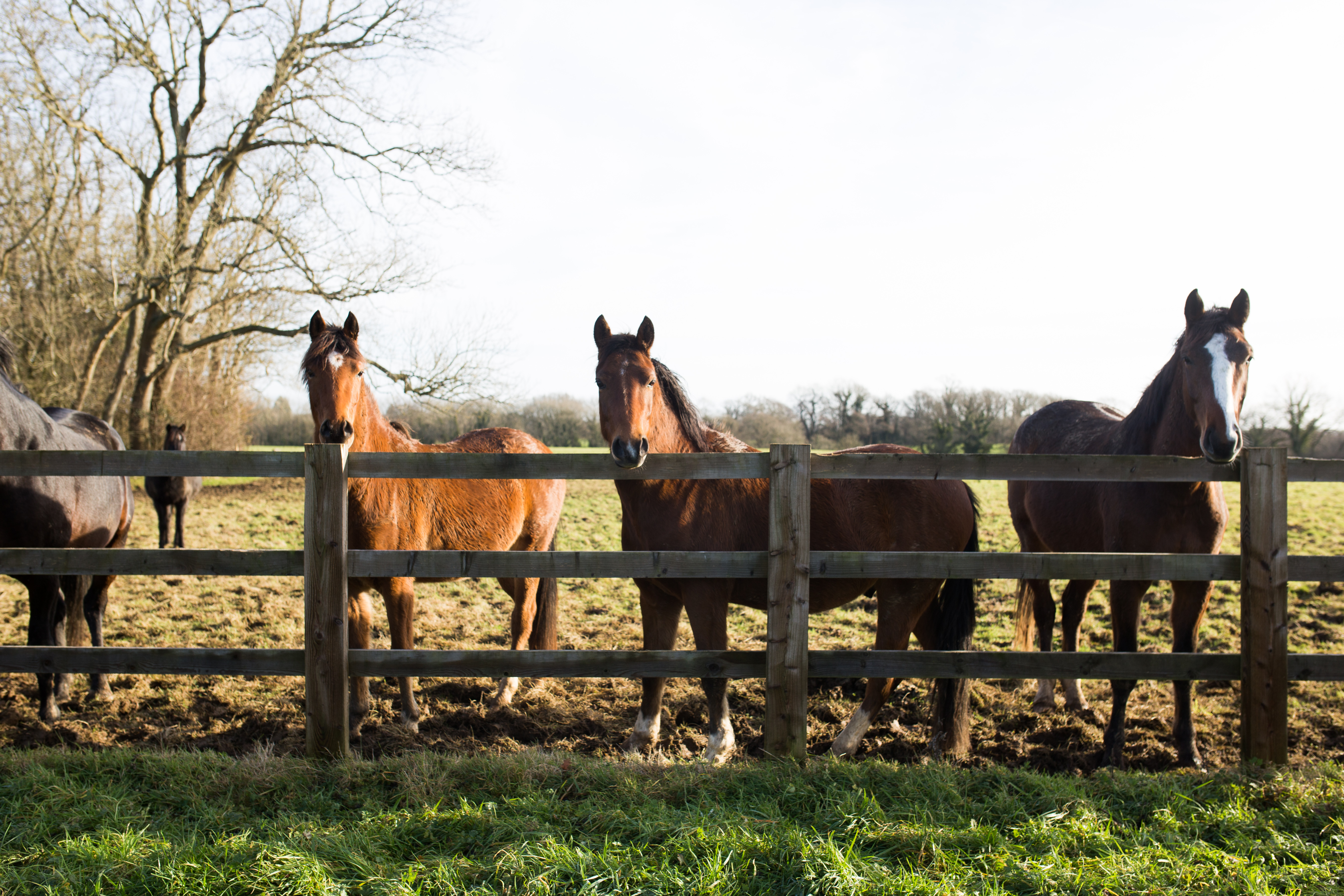 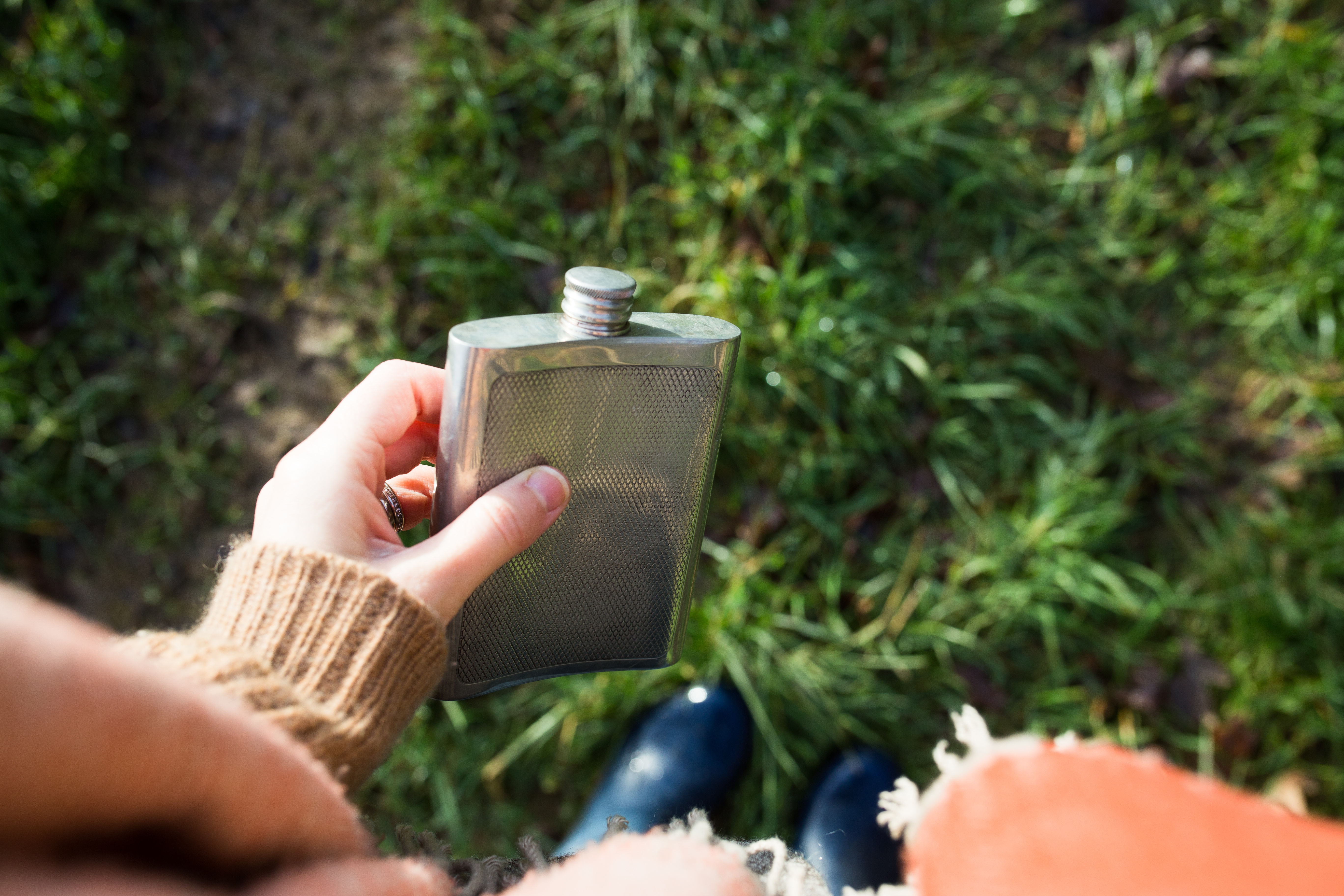 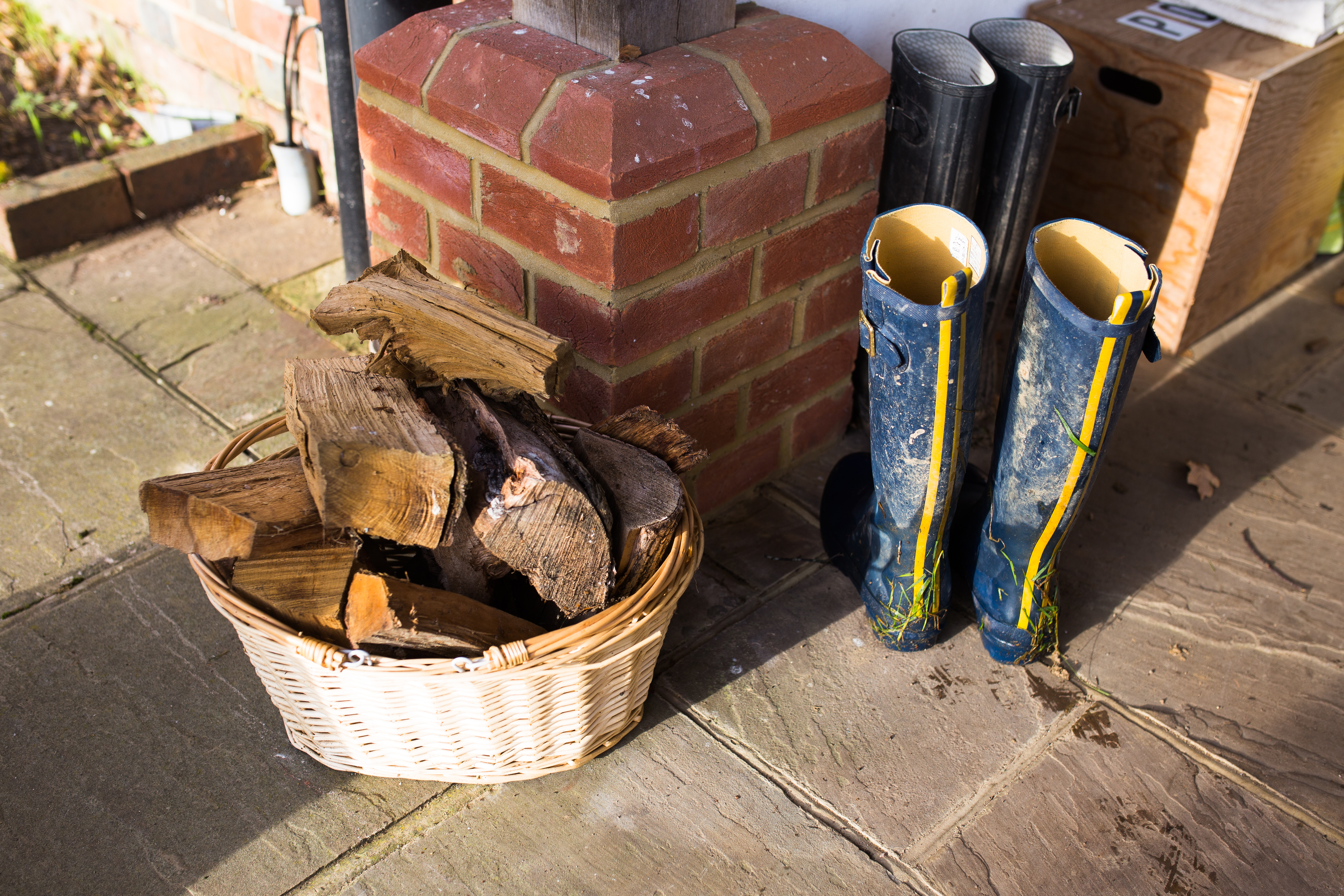 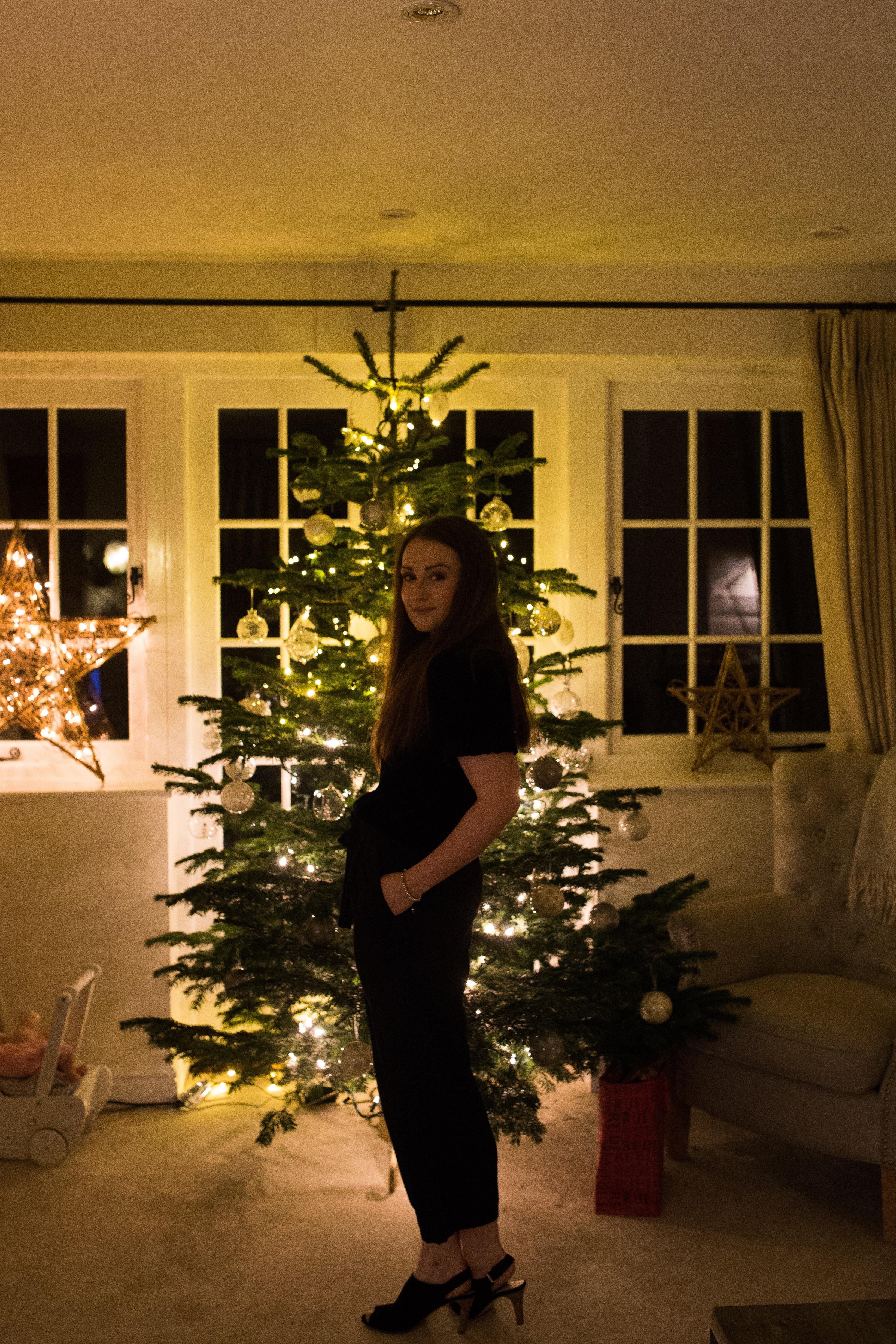 Oh, and last but not least a photo from my birthday! Which is three days before Christmas and so I always forget about it all together in the hustle and bustle of preparing for the festive season, but I actually remembered to take a quick, very awkward outfit photo this year!

I’ve been telling everyone I’m 27 all year, for some reason, which is unfortunate given that I actually only turned 27 two weeks ago. But hey! I’m thinking of it as gaining a year! I spent most of my day working on a really fun last minute project that came in the week before Christmas, and then got spruced up and headed out for a pizza and cocktails with Jason later in the evening. It was perfect.

I hope you all had the very best Christmas, and a wonderful start to the New Year too!