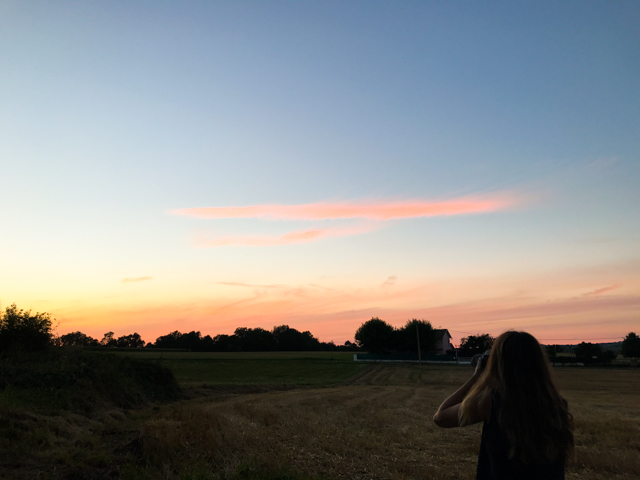 1. Picking up a new copy of The Simple Things, and taking it up to bed with me along with a cup of lavender and chamomile tea earlier in the week. Such a relaxing way to end the day.

2. The crisp bite in the night air that’s come about over the last few days. I’ve loved this beautiful summer we’ve had but am excited for the colder months ahead, too!

3. Ordering some adorable party bits from Etsy for Ottie’s 1st birthday party next week. I’m a bit addicted to buying all things customised…

4. Trying out a new workout class, BodyPump! I’ve been meaning to try it for years and finally did on Thursday, and it was such a fun, tough workout. Two days of workout classes on the trot, so I’m going to be aching this weekend!

5. Homemade jam on toast and in my porridge. Ottilie suddenly much prefers eating Mama’s porridge to her own, I wonder why? ;)

6. Lighting a candle in the evenings. I never burn candles during the summer, and love how warm and cosy they make things.

7. Fresh tomatoes from the garden! The variety I’ve grown is a bit rubbish (‘Alicante’, if anyone’s wondering!), but it’s still so great being able to nip out into the garden whenever I need a tomato or two for lunch!

8. Game of Thrones finale (OH MY GOD AMAZING) new Great British Bake Off (not as great as before, but I’ll take it)…it’s been a good week for TV!

9. Pad Thai for dinner! The recipe was a new one that I found in a vegetarian food magazine a month or so ago, and it’s so tasty. Brings back memories of our Thai honeymoon <3

10. The sweet way Ottilie repeats ‘yeppees!’ when we prompt her to say ‘yes please’ in answer to a question. It’s the most gorgeous sound and makes my heart melt! (In other news, she’s also learnt to ask for milk by saying ‘boobies’ which isn’t nearly so great and I’m not sure how to stop her saying it…!)

{Photo above taken during our trip to France- more to follow next week!} 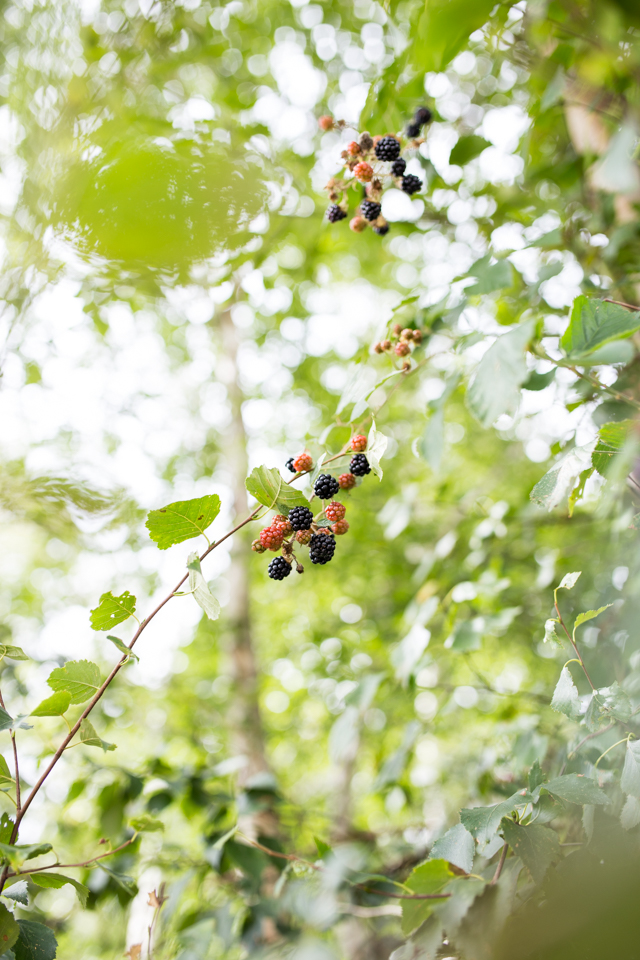 Blackberry season always feels like the beginning of the end of summer, doesn’t it?

I’ve been picking berries a few times a week for a good few weeks now, and built up a stash in my freezer with the idea of making jam. I’ve been on something of a jam kick lately, after eating so many delicious kinds made by our friends Lizzie and Tania’s sweet Maman in France at the beginning of the month.

And so, it was to Cathy’s recipe that I turned for my first foray into jam making… 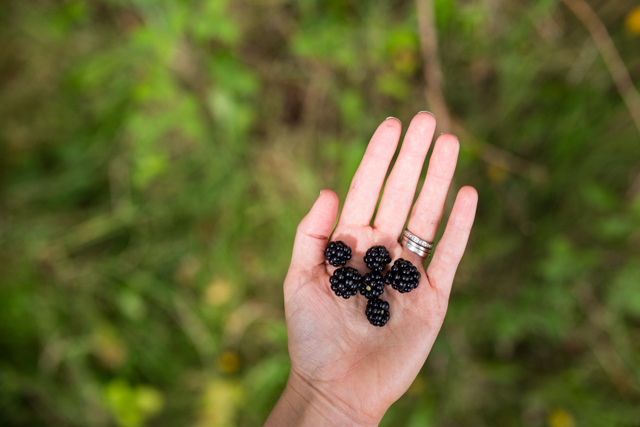 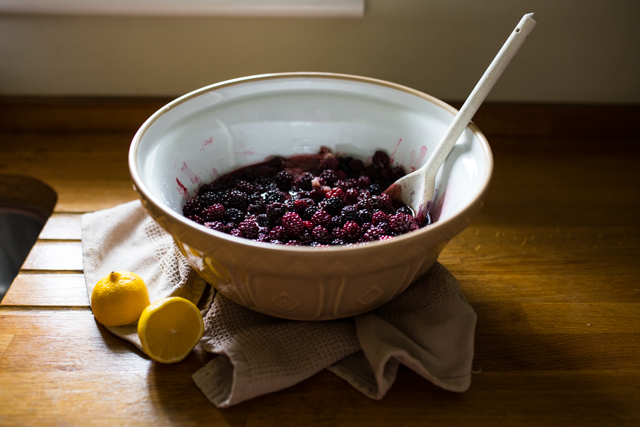 A kilo of berries (mine were frozen), left to defrost and macerate in 800grams of sugar overnight, and then mixed with the juice of a lemon. Bring to the boil in a large pan, and then cook for 20 minutes. Do the ‘wrinkle’ test by pouring a little of the juice onto a clean plate and then let it go cold- if it forms a skin that wrinkles when pushed with your fingertip, it’s ready to jar. 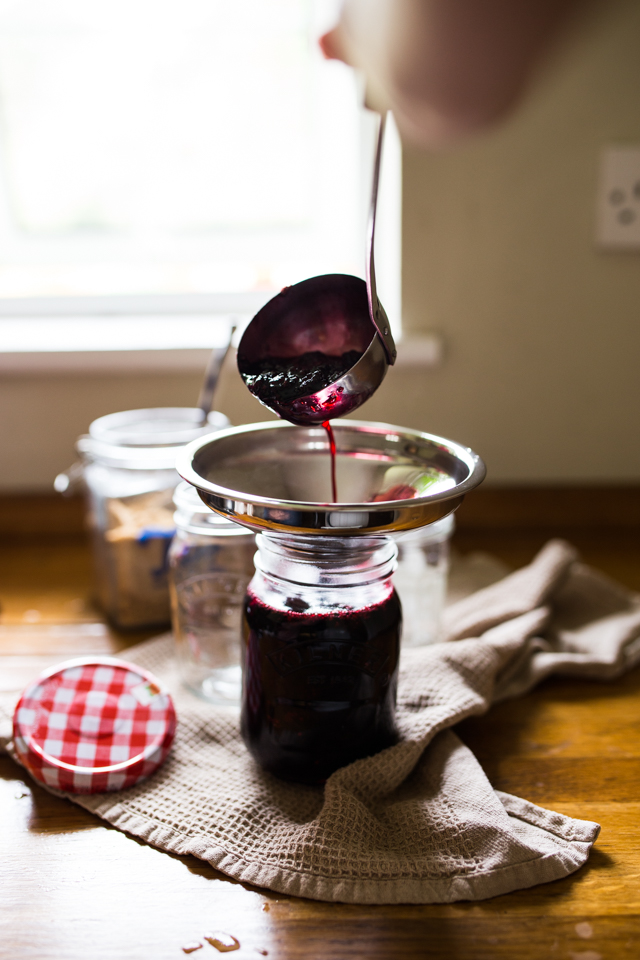 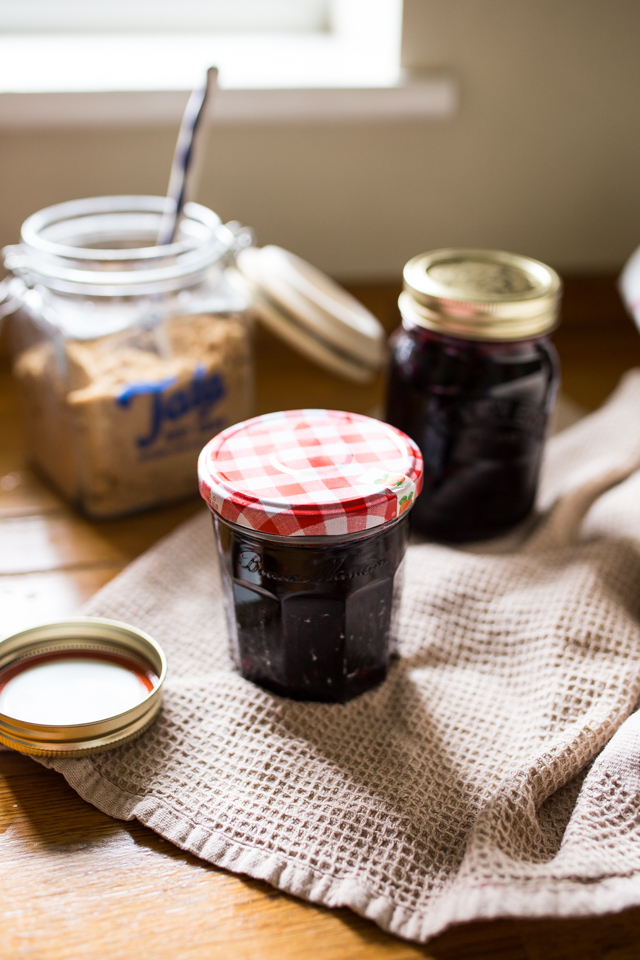 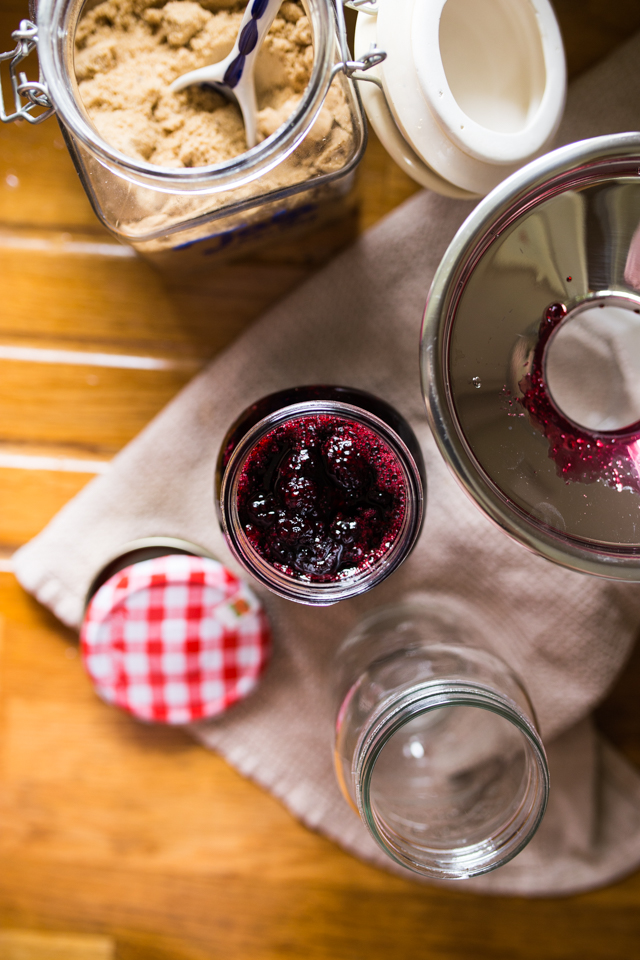 Pour the jam out into clean, sterilised jars, and screw the lids on tightly. And that’s it! I tasted a jar the next morning, spreading the jam onto freshly buttered toast and eating straight from the chopping board. Quite possibly the most satisfying piece of toast I’ve ever had!

And you know the best thing? When I nipped out to take the photos of the brambles that I wanted for this blog post, the hedges were so heavy with berries that I ended up collected another great bag-full. 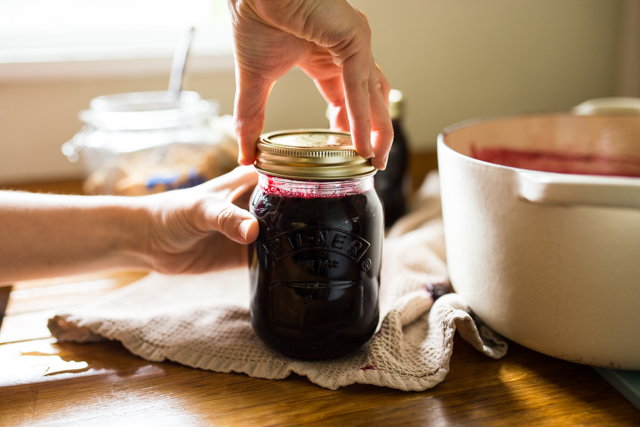 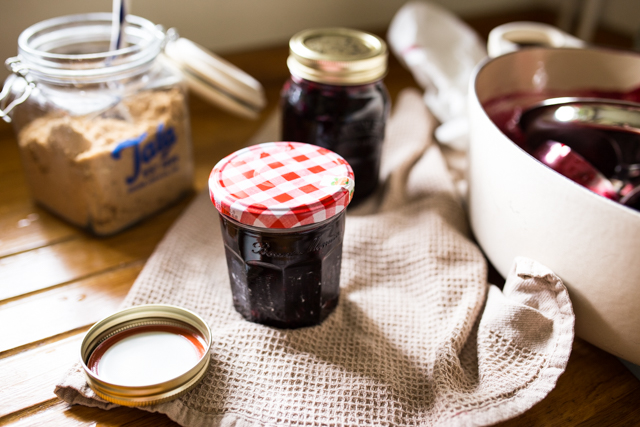 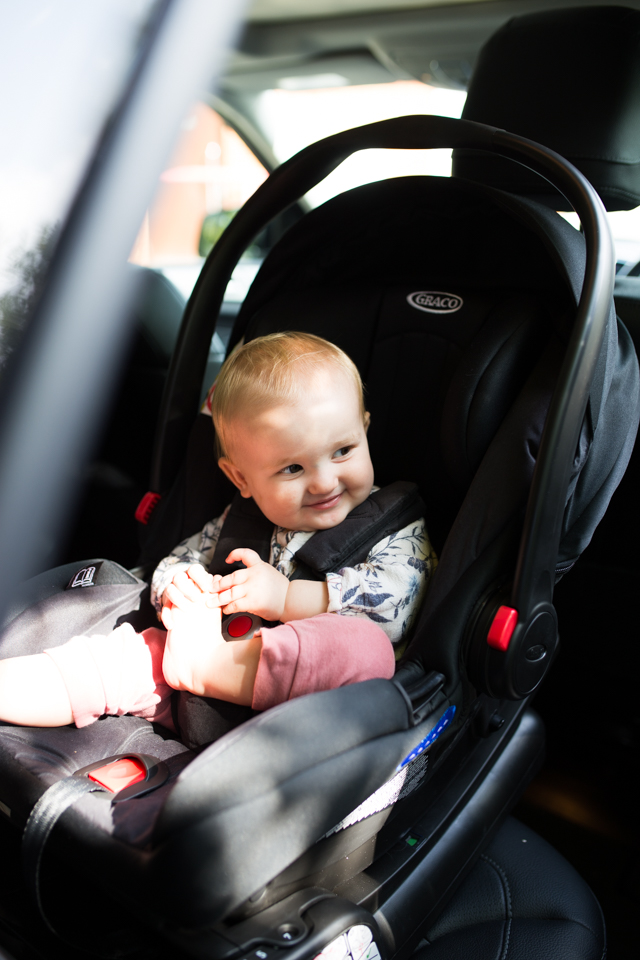 Of all the Big Purchases that are necessitated by the impending arrival of a baby, none seem quite so daunting as the carseat-pushchair combo. Between the terminology that you feel you need a dictionary to decipher (i-size, travel system, ISOfix, 3 vs. 5 point harnesses…), the endless options available each offering a myriad of differing functions, and the fact that these will likely be some of the most expensive purchases you’ll make for your little one, it’s hard to know where to look first!

Now, as you know, throughout this year I’m working with Graco, and so am lucky enough to be getting to road test a selection from their range of thoughtfully-designed, stylish products. Ace, for a Mum who a mere year ago was totally flummoxed by the whole carseat-pushchair shopping experience and had more than one (largely hormonal, let’s be honest) meltdown over the issue! 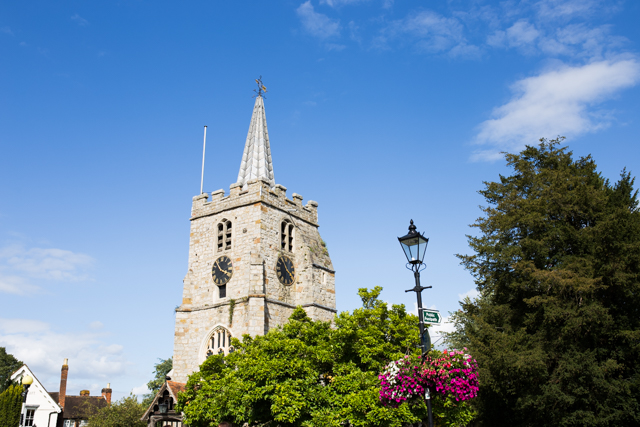 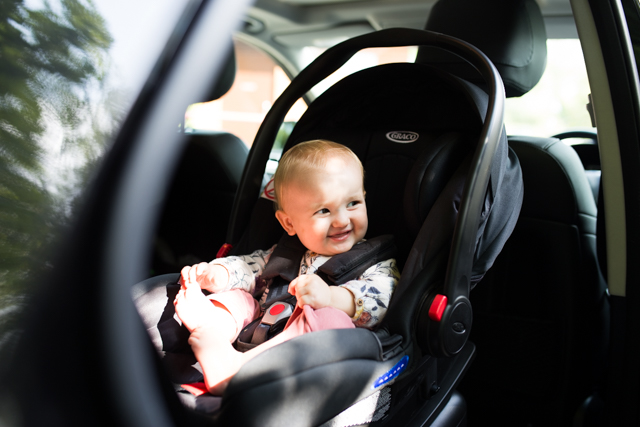 Now, it might just be that Ottilie isn’t the greatest road trip lover in the world (you know the old ‘put baby in the car to get them to sleep’ advice? Yeah, that was never our game!!), but she hated the car seat we’d bought for her as a newborn from the very first time we put her in it at 36 hours old, and has done pretty much ever since. Compared with many of the other car seats I saw my friends using, in ours Ottilie seemed so scrunched up and uncomfy. In fact, we’ve been so unhappy with it that we’d already decided to replace it with a different model for baby number #2! (<< not a pregnancy announcement, FYI…)

Enter, the Graco Snugride! I didn’t think I could ever get excited about a car seat, and yet here we are! This genius bit of baby kit is iSize compliant (meaning it meets the government regulations for rear facing car seats), and unlike the 9-12 month lifespan of most other car seats designed to take a newborn baby, this one goes from birth to 18 months! 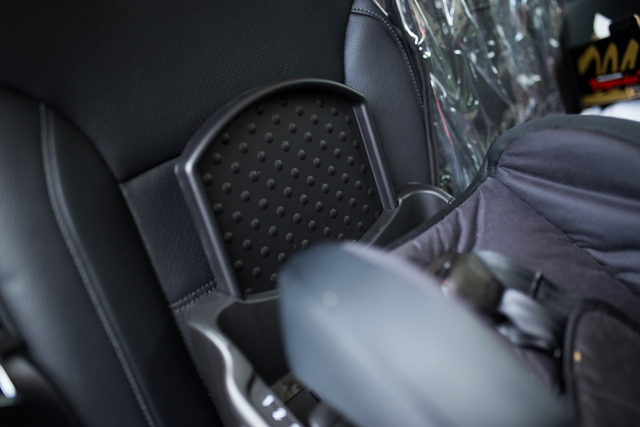 The seat glides through seven different reclining settings on its ISOfix base, meaning that you can move your baby into a more upright position as they grow and want to see more of the world around them. Ottilie seems so happy to be sitting in a higher, more upright position, and the five point harness feels snug and secure when she’s strapped in. Top marks all round!

Oh, and Jason was dead impressed by the in-built kick board, designed to save your car’s seats from little dirty shoes! 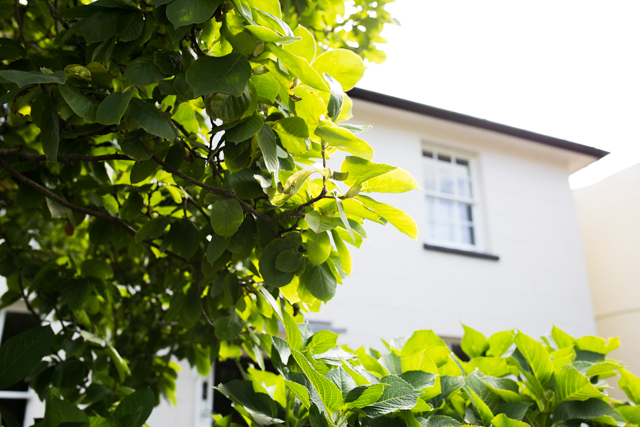 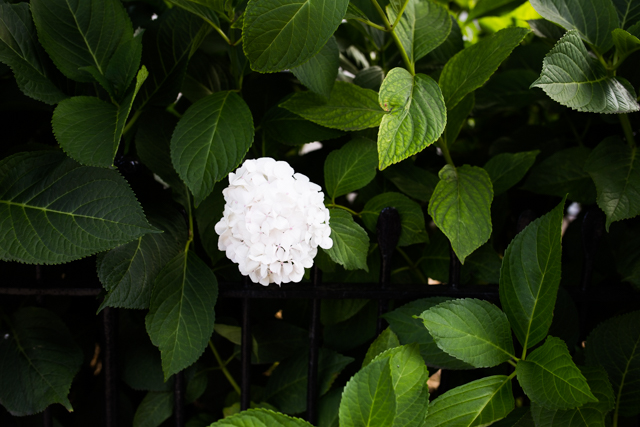 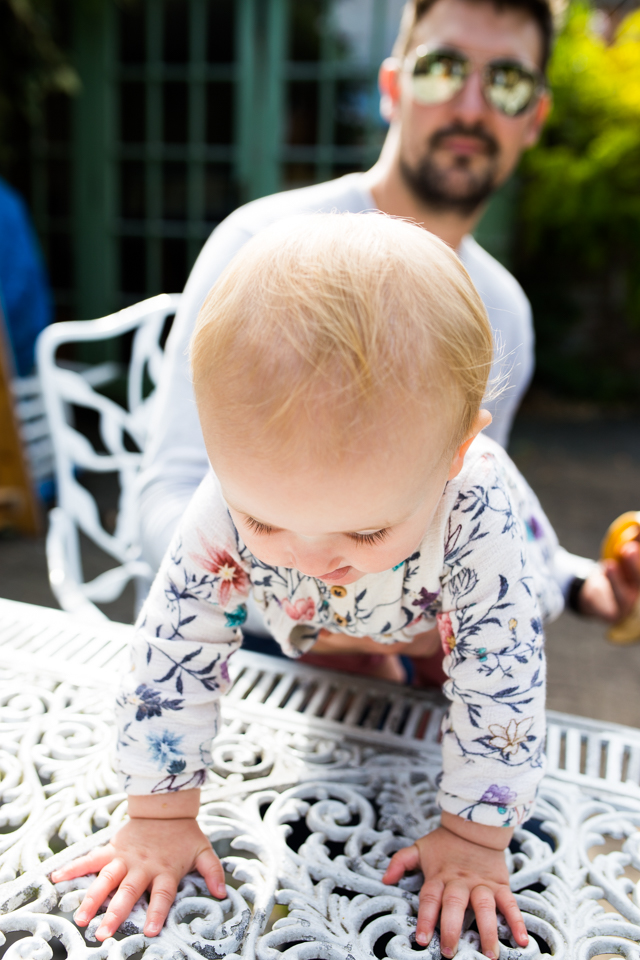 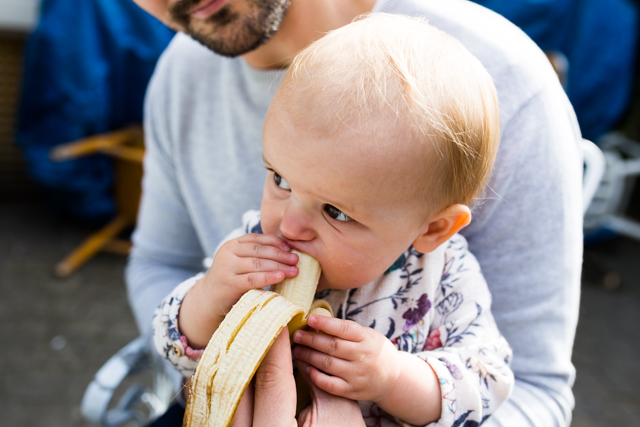 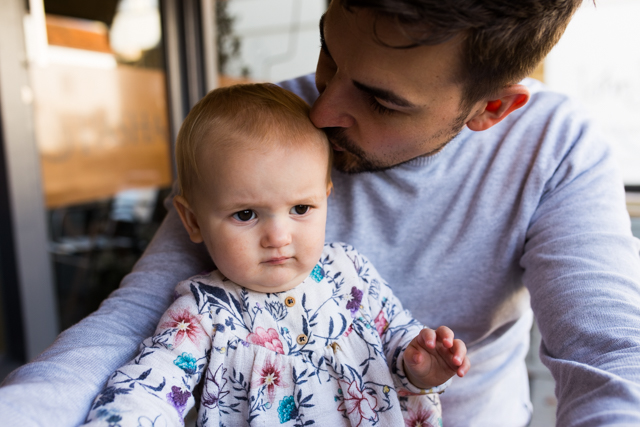 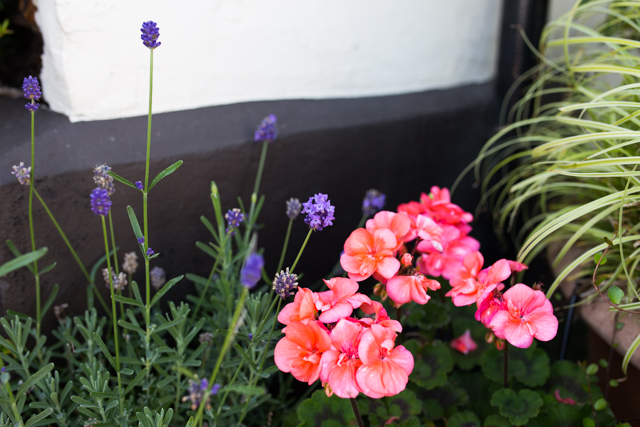 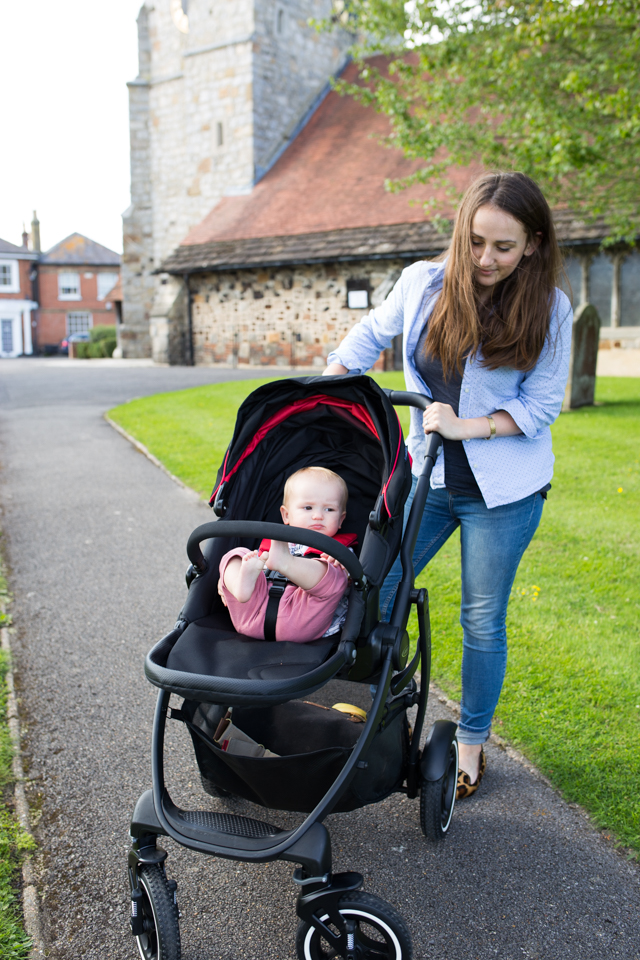 Over the weekend Jason, Ottie and I whizzed out to a local village to give the Graco Evo XT a road test, and it didn’t disappoint.

It’s smooth as butter to push (my TOP criteria- whilst doing the patented ParentMultiTaskJuggle you so often wind up pushing buggies one-handed and so steerability is king!!), collapses with just one simple movement, and we need to talk about that huge old shopping basket. It’s seriously dreamy, I mean, we could fit both dogs in there I swear.

I’ve learnt since Ottilie was born that having a decent sized shopping basket on your pushchair is vital- I mean, who knew carrying nappies, wipes, multiple outfits for both you and baby, a spare raincoat and sunhat, suntan lotion and an umbrella, several toys, 3 tupperware boxes full of food, a pack of breadsticks, the library books you should’ve returned three weeks ago, and the parcel you keep meaning to drop into the post office would take up a lot of space? And so having space to cart around all those essentials in the base of your pushchair rather than trying to cram them all pell-mell into your change bag is a total game-changer!! 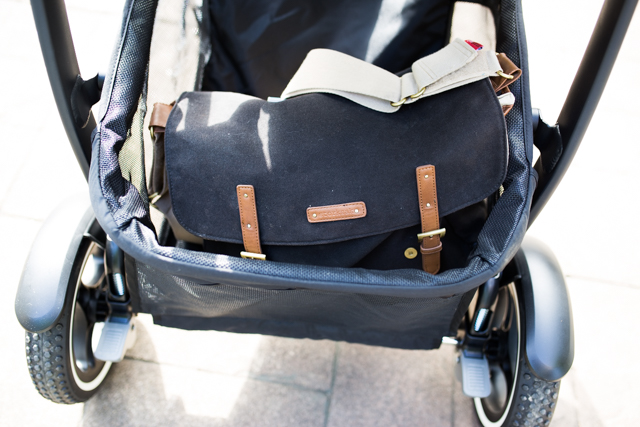 I’ve also been so impressed with how durable the material covers of the Evo are- with our pushchairs having to share car boot-space with two (often very muddy) spaniels, we’re big fans of anything wipe clean! And with the ClickConnect feature, allowing you to clip the Snugride carseat straight onto the chassis without needing to fit any extra adaptors, it really is so easy to use. 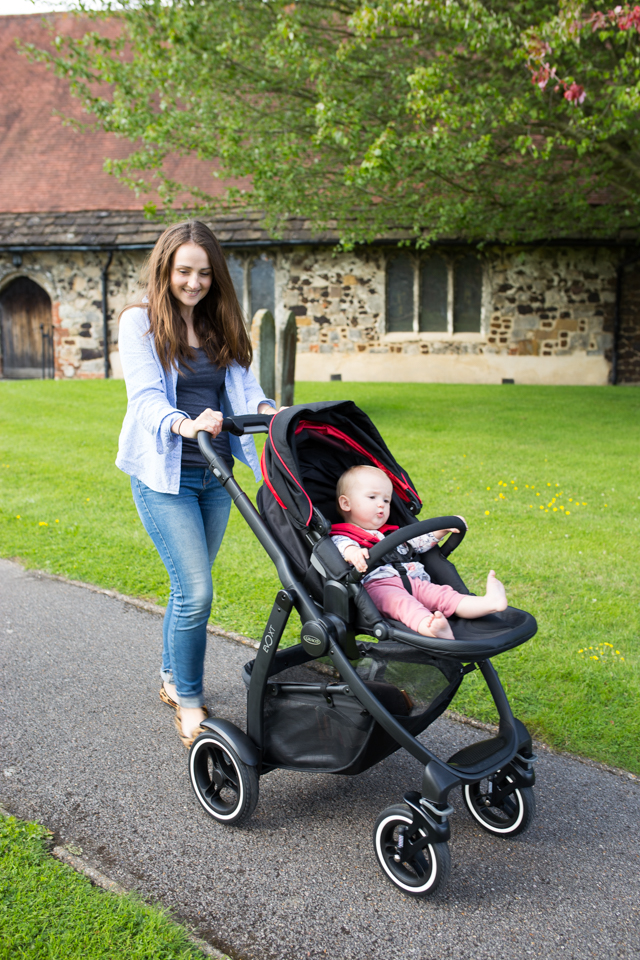 The Snugride car seat, ISOfix base, and Evo XT pushchair together come in at around the £800 mark, which I think is a complete steal for such carefully designed, adaptable products that’ve been created with longevity of use in mind. In short, I’m a total convert and am so glad to be able to recommend them!

~ This post is part of my ongoing collaboration with Graco. Thank you for supporting the sponsored content that makes Cider with Rosie possible! ~ 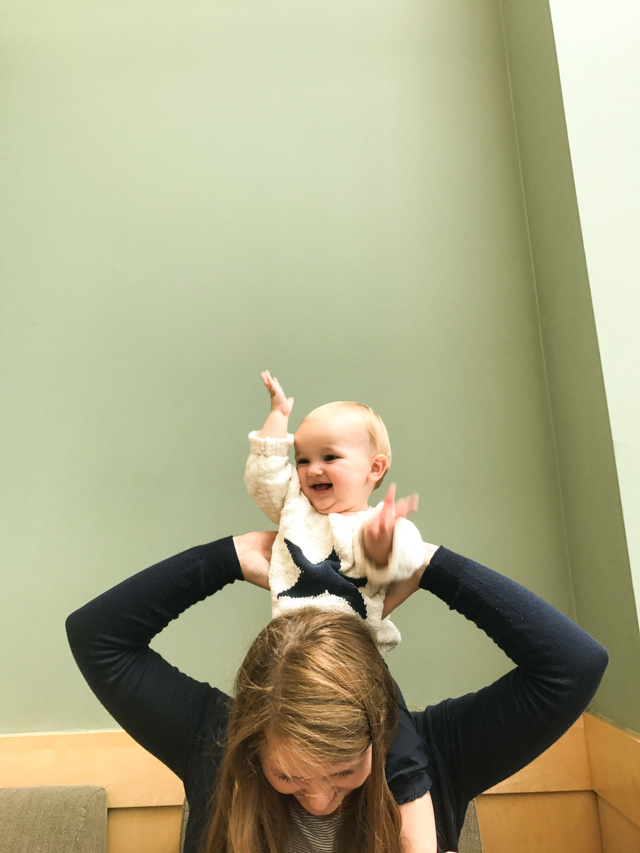 1. Ottilie saying ‘no’ in her strong, funny, decisive little way. Though I can’t quite believe my 11 month old can tell me no quite so clearly, it does, for now, make me laugh!

2. Picking bags and bags full of blackberries from the park just a 2 minute walk from our house. I’ve got enough in my freezer now to make jam, and I can’t wait! Siobhan sent me a recipe for sugar-free chia seed jam that’s perfect for babies, so I’m going to give it a go.

3. The little helper who sits on my hip whilst I berry pick, and who operates a ‘ten berries for me and one for the bag’ policy ;)

5. Morning smoothies with banana, blueberries, greens, seeds, and some superfood powders. Feels like such a good, energising way to start the day.

6. Iced, spiced fruit buns from Marks and Spencers. I ate one to myself, alongside a cup of tea, as a reward for a day’s work whilst Ottie was with my Mum earlier this week, and it was pure heaven.

7. Shooting photos more frequently. I fell out of the habit of shooting with my big camera, and it’s been so lovely to pick it up more often lately. I feel as though I’ve lost my eye though, to a degree, and really need to do some practising!

8. Getting to the bottom of the ironing basket. A rare occurrence, let me tell you…

9. Starting to plan a little afternoon tea party for Ottie’s 1st birthday. I can’t quite believe a year has rolled around already though, my goodness!

10. An impromptu night out with Jason last weekend in Guildford. I really treasure our quality time these days as it’s such much more rare, and a simple night out with beer, pizzas, and ice-cream was exactly what the doctor ordered.

Tell me, what’s made you happy this week? :)