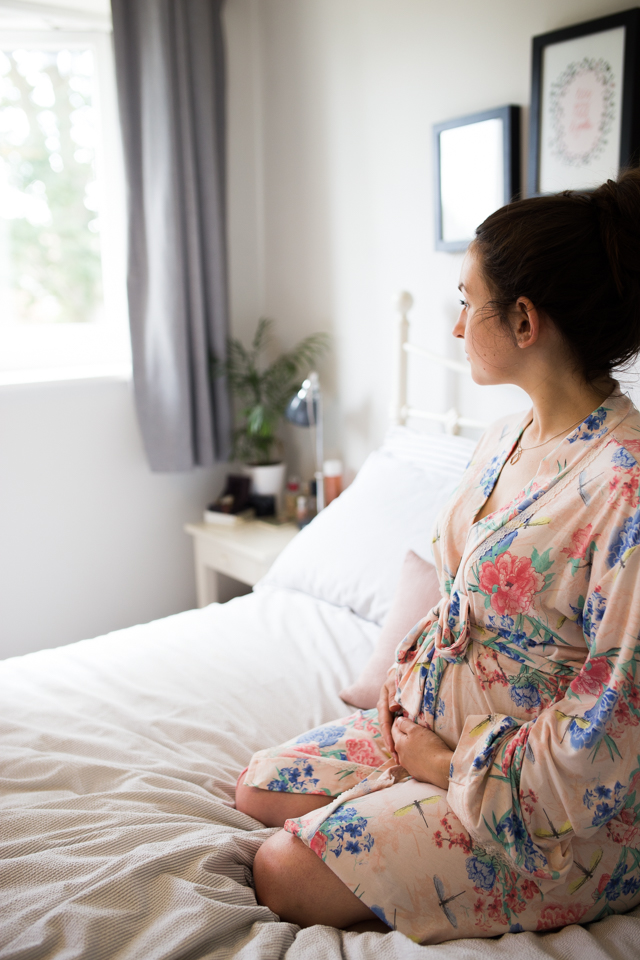 How far along: 36 weeks! I’m officially in my ninth and final month of pregnancy, which is so surreal. Baby is apparently around the size of a papaya this week…though I’m guessing my app means one of those giant papayas you see in fruit markets and greengrocers, not those teeny mango-sized ones you can pick up in the supermarket…

The bump: Allllll out front these days! I keep forgetting how much bigger I am compared to my normal self, and am forever bashing my bump into the corners of tables, my car door, cupboard handles etc. etc. I’ve even managed to bruise it a couple of times, which isn’t very comfortable!

Stretch marks? None, thank goodness. I’ve been very lucky so far- hoping the luck holds out over these final couple of weeks!

Cravings: I’ve definitely got more of a sweet tooth than normal, but I’ve not been craving anything much really. Oh, though I did get a major hankering for flapjack on Friday, and ended up making a batch on a whim! They were pretty tasty. My favourite snack at the moment though is frozen raspberries- so refreshing and tasty!

Sleep: What with my constant trips to the loo, the need to sleep on my left side (which I HATE!), and just my general restlessness, it’s fair to say neither Jason or I are sleeping all that well these days! I guess it’s all good practise though, and I’m amazed at how well I’m functioning on such broken sleep. I keep waiting for the third trimester exhaustion to hit me, but apart from the odd tired day, I’m not really feeling it at all.

Symptoms: A slight touch of occasional heartburn (having to order a mild curry when Jason and I treated ourselves to an Indian the weekend before last was SO rubbish!!), and a definite loosening up of my joints. But nothing I could complain about, really!

Best moment this week: Finishing up our beautiful nursery with a lovely armchair from HomeSense! It was a total steal, and I’m thrilled with it. Oh, and packing mine and baby’s hospital bag, which makes everything feel so very real!

Worst moment this week: Probably the super stressy, hormonal couple of days I had the weekend before last (so technically not exactly this week, but still…)! I’ve been fairly chilled this whole pregnancy, and since I usually suffer so badly with my hormones once a month, it’s been both a surprise and a joy! But I wasn’t myself at ALL the weekend before last, and I think Jason was glad to go back to work on Monday, ha! But I’m back to normal now, thank goodness! Thank goodness for us both…;)

Miss anything? Oh, just cheese. I’ve been thinking longingly about all the mouldy, stinky cheeses I’ll be able to eat once baby is here, and will be totally gutted if our first meal home post-birth isn’t a cheeseboard with lots of fresh apples, grapes, and crusty bread. Oh man, I can’t wait!

Movement: Lots, though I think baby is running out of space now since the movements aren’t quite so expansive as they were a few weeks ago. Instead I’m feeling tiny knees, feet, and elbows pressed up against the sides of my belly, and a little baby bottom right underneath my ribs!

Belly button in/out: Out! Especially when the baby is pushing right out against the front of my stomach.

Mood: Pretty fab! I’m both insanely impatient for what’s to come, and also nervous about how much our lives are about to change in just a few short weeks. We’re so, SO excited to be parents though, and think we’re as ready as we’ll ever be for the chaos!

Looking forward to: Being considered officially ‘full term’ from this coming Monday onwards!

17 Comments
Posted in Uncategorized
Read from the beginning >