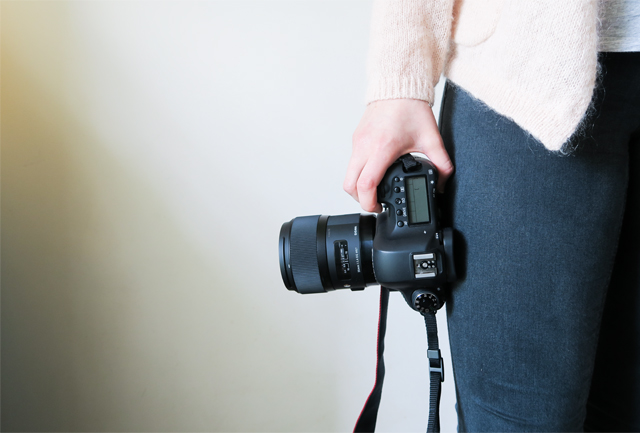 I’ve done a bit of an overhaul of the kit I use to shoot photos and video for my blog recently, and have been getting a fair few questions about it. So, I thought I’d write a little update!

I upgraded to the Canon 6D in September of last year, after having shot with Canon’s entry level 600d DSLR for a little over two years beforehand. I decided to make the change to upgrade to a full frame camera after reaching a point with my 600d where I knew I couldn’t possibly get any more from it. I’d begun to feel frustrated with its limitations whilst out shooting, like, for example, it was *really* difficult to shoot with into bright, hazy sunlight (these shots here were so tough to get!), and the crop factor meant that I’d have to practically tip backwards off my chair to get enough distance when shooting photos of my plate at restaurants.

I deliberated long and hard between the 6D and 5D mk.iii, but in the end decided that since the main differences between the two cameras came down to usability, and not the quality of the photographs, I’d save the £1,000 difference in price and opt for the 6D! This article is really useful, if you’re deliberating between the two cameras. Thanks for Kristabel for pointing me in the direction of that one, back in the summer!

The investment has been an invaluable one for me, and it’s been exciting to get to grips with a camera that offers much more in-depth and detailed control than my last one. It was almost like learning how to shoot all over again!

100% worth the investment, if anyone’s looking to perhaps make the change…

This lens is what I’ve been shooting on since September, and is a mini-upgrade on the 50mm 1.8 I’d been using consistently for a couple of years prior. It’s actually a loan from Freya, who hasn’t got need for it right now after switching to the Canon 24-70 2.8!

In terms of a difference in quality from the much cheaper 1.8 option (which is approximately £75, vs. £230ish for the 1.4) is significant but not mindblowing. The autofocus is pretty quick and quiet, and it feels a LOT more sturdy and well-built than its cheaper counterpart.

I tend not to dip down to f1.4 all that often as it makes the point of focus so very narrow, but it’s useful to have as an option for shooting in low light.

On the whole, it’s a fantastic lens and well worth its status as being the lens to invest in, if you only own one!

This is the most recent addition to my camera kit (a much longed for birthday gift from Jason in December!), and I’m so excited to use it more over the coming months!

I’d been desperate to acquire a 35mm lens for a long time, to use in situations when my 50mm feels just that little bit too close up. The Sigma came really highly recommended to me from a few people (our wedding photographer Sam for one!), and though I’m still yet to give it a proper test run, I’m head over heels in love with it so far.

The quality of the video it shoots is incredible, and the photos tend to have a natural vignette in low light settings which gives them such a distinct style. It focuses well down to f1.4, and has beautiful clarity.

I’m so excited to be able to shoot better landscapes with it throughout this year, and am already anticipating being able to shoot during evening golden hour this summer!

I hope this little round up of my current camera kit was useful, to those of you who, like me, are closeted photography nerds ;) Do you have any lens recommendations for me? Next on my wishlist is that dreamy 24-70 2.8…

9 Comments
Posted in PHOTOGRAPHY
Read from the beginning >