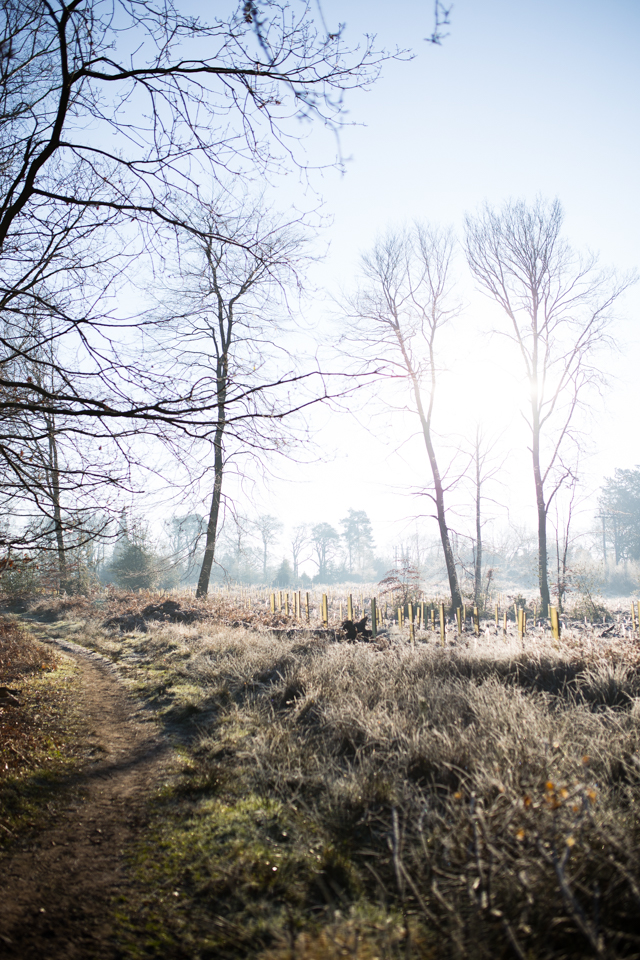 You might’ve noticed a little gap in posting around these parts last week (okay, and on YouTube, Twitter, Instagram…basically online in general!), and the reason was that I’d been hit with a pretty severe case of the January blues.

And they hit me hard! I don’t think I’ve ever felt as uninspired, as lacking in creativity, and as just plain old down in the mouth as I have over the past ten or so days.

But you know, it’s nothing that a few days sans-Internet couldn’t fix! I got cracking on a little life admin instead, switched off from all things notification-inducing, and recharged my batteries.

I hope you didn’t mind too much that I went totally AWOL (I had a serious case of blogger guilt!), and that jumping back in with a few photos of last week’s glorious frost will make up for things! 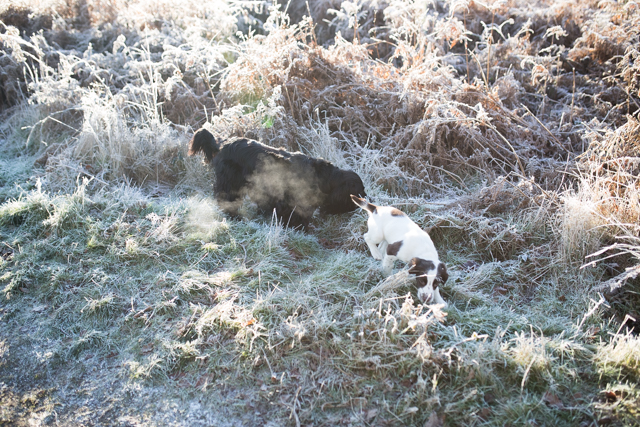 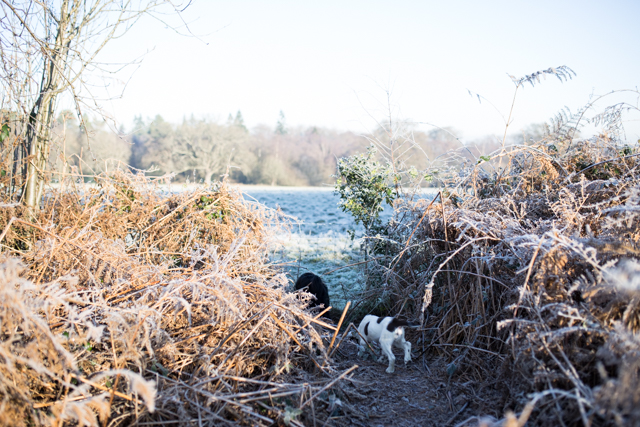 If I’m remembering correctly, this walk was Elsie and Teddy’s first outing together.

It would’ve been a lovely one anyway, just seeing the two of them bounding along together, but the layer of sparkling frost that had settled overnight made it all the more beautiful. 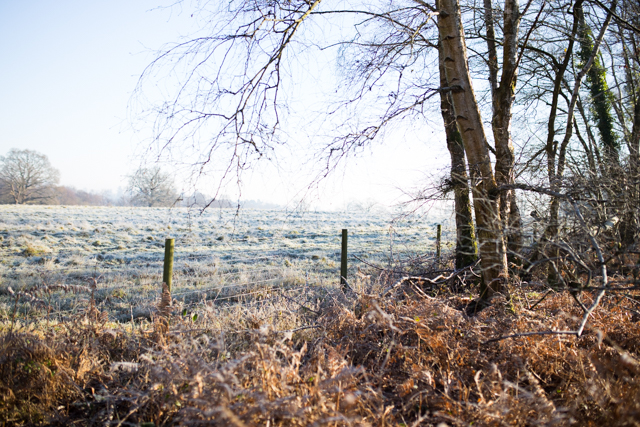 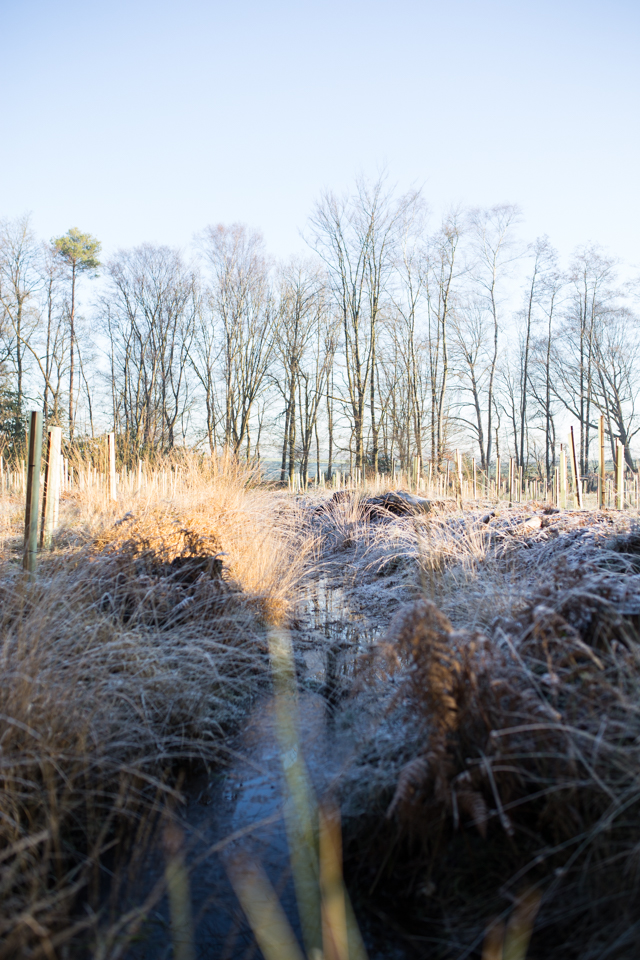 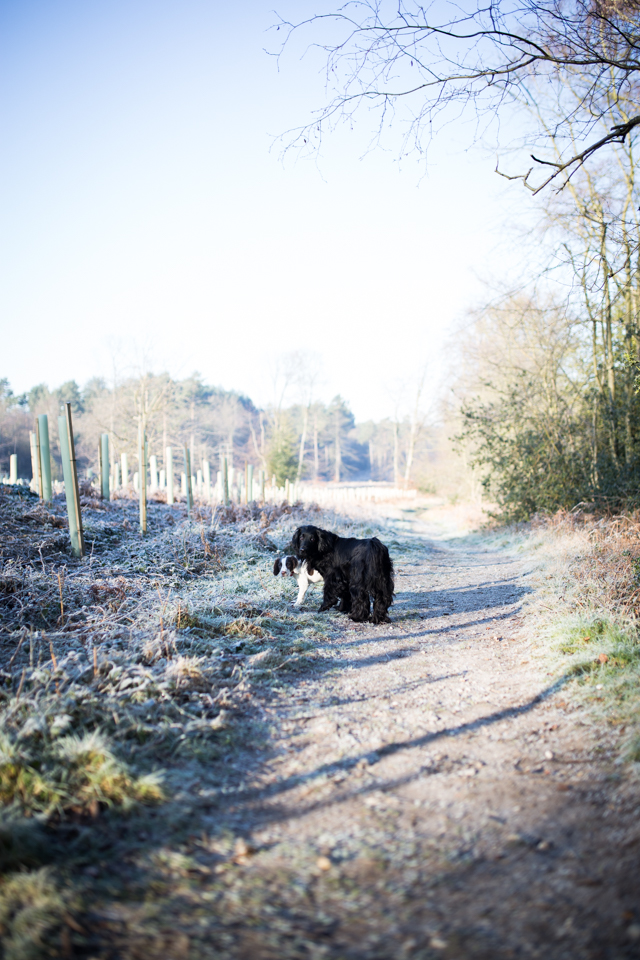 The ground crunched underfoot, frozen-over puddles acted as ice rinks for little paws, weak sunlight shone through the trees in misty beams, and the whole forest glittered more beautifully than my camera could capture.

And the very best part of it all?

The frozen ground, usually a sea of the sort of claggy mud baths that Teddy’s always adored and Elsie’s fast learning to, kept all eight of the paws in my care blissfully clean and dry.

And since the littlest spaniel shares her brother’s hatred for post walk hosings-down and likes to make them as arduous as possible, it really was a relief… 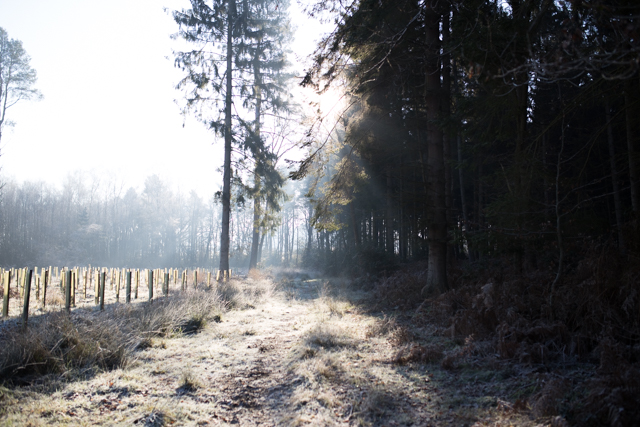 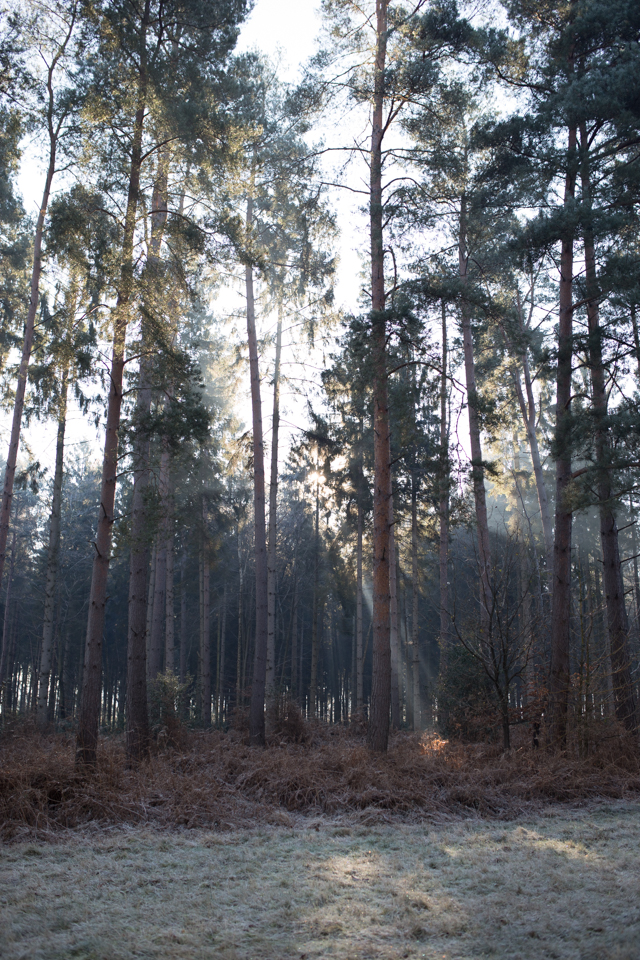 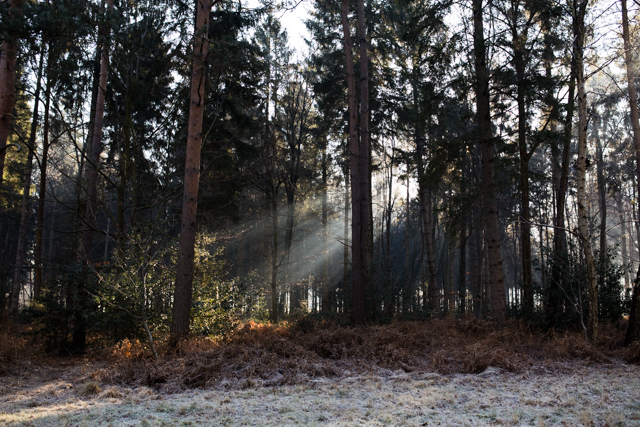 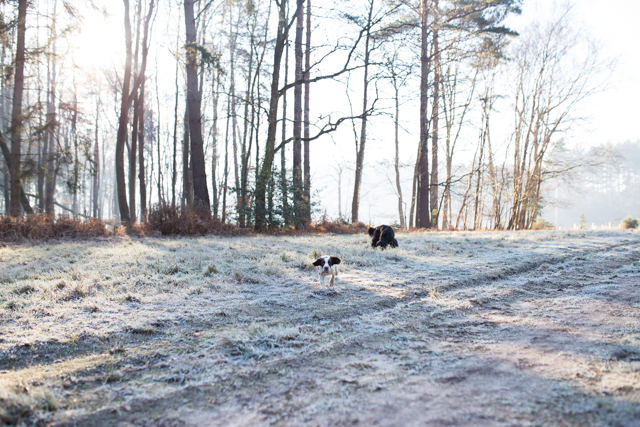