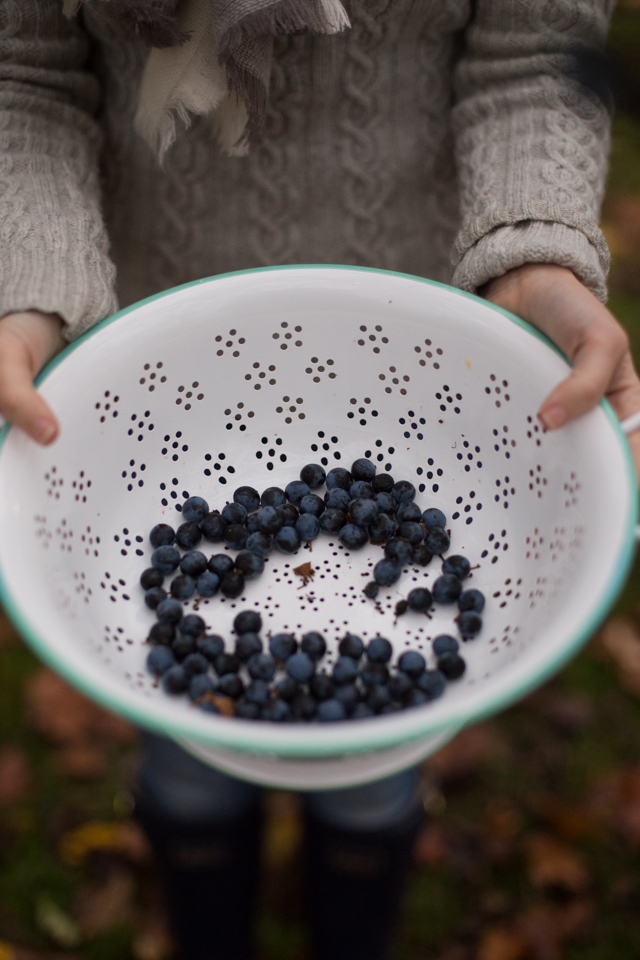 For easily a good four or so years now, Jason and I have been desperate to make some sloe gin. The whole time we’ve lived in together, in fact!

There’s something about the idea of infusing your own alcohol at home with hedgerow bounty that’s always appealed to me, not to mention the fact that, aside from mulled wine, it’s our favourite alcoholic drink during the winter months.

Where to find sloes was always the problem we had…or so we thought. 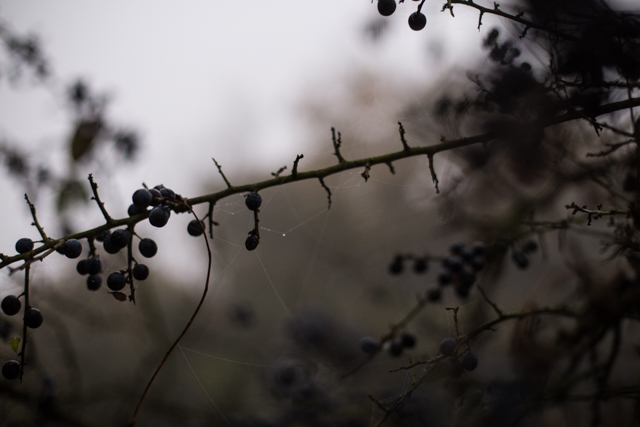 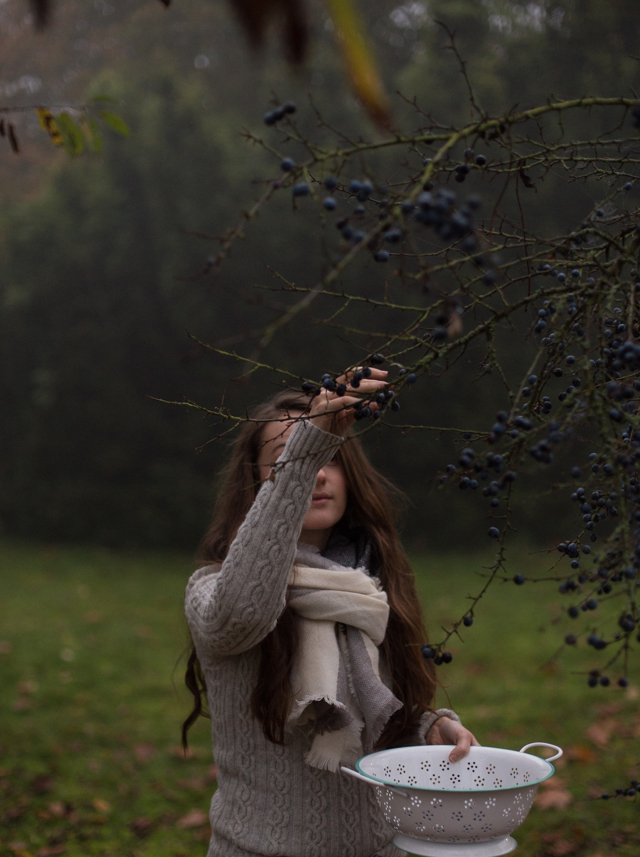 What I realised this weekend, however, was that there’s a sloe berry bush so close to our house, we can actually see it from our front bedroom windows.

I spotted it early on Sunday morning whilst out on the green with Teddy and my friend Jo (who’d stayed at ours the night before, following the little Halloween and RWC final get together Jason and I hosted) and after double checking that my eyes were not deceiving me, ran back to the house and proclaimed to Jason that sloe gin making was to happen that very afternoon! 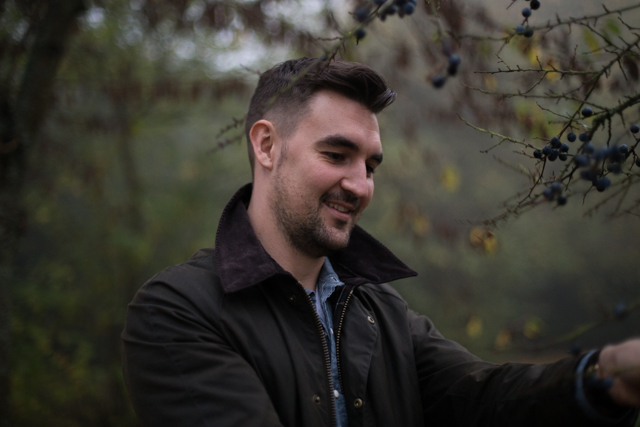 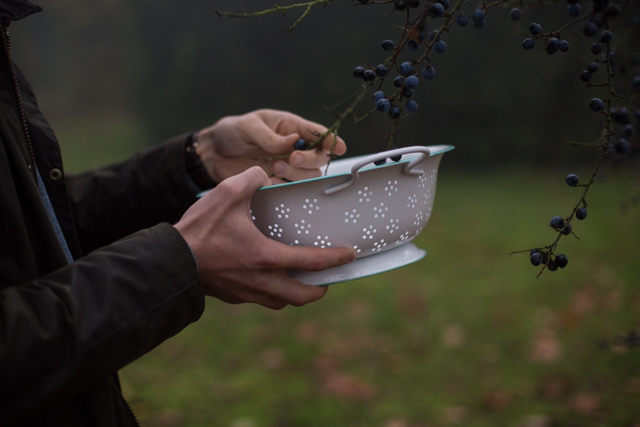 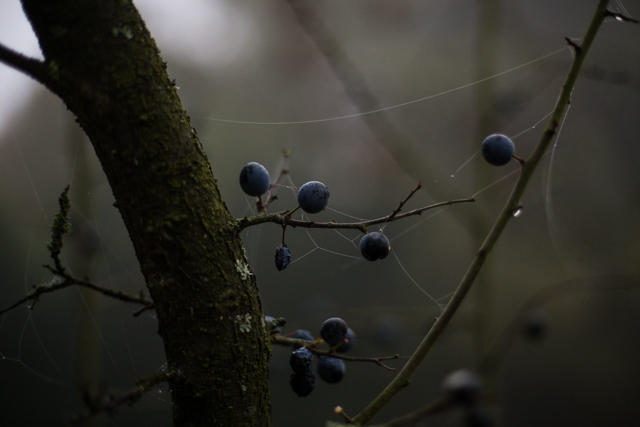 We picked them later that same day, in the middle of some of the thickest fog we’ve ever seen.

It had settled low over the pond an hour or so before sunset, and clung to cobwebs and my hair alike. In fact, I’m writing this a full 24 hours later and the fog’s yet to lift.

I think it’s just magic and so very beautiful, don’t you? 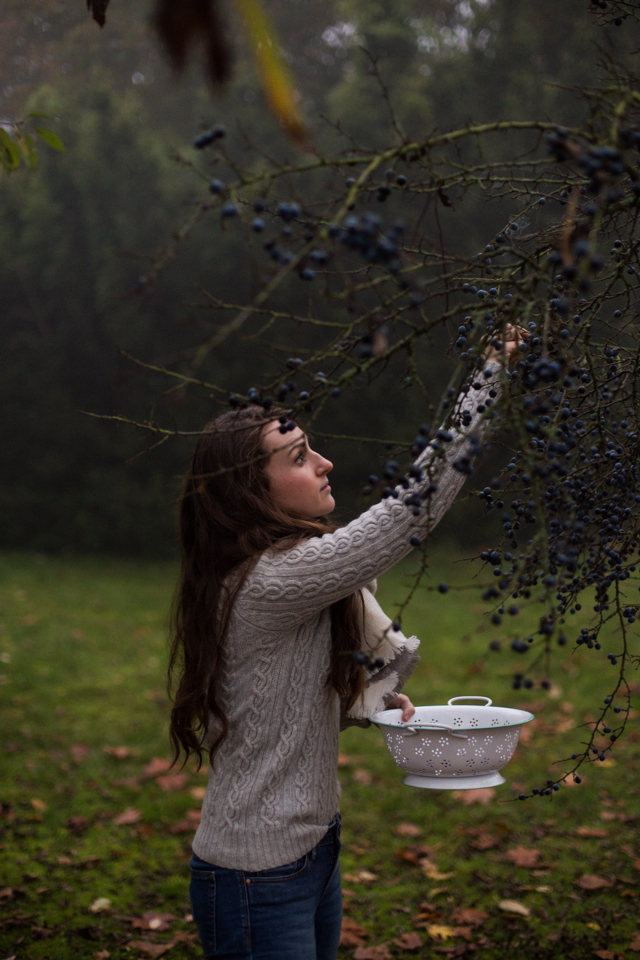 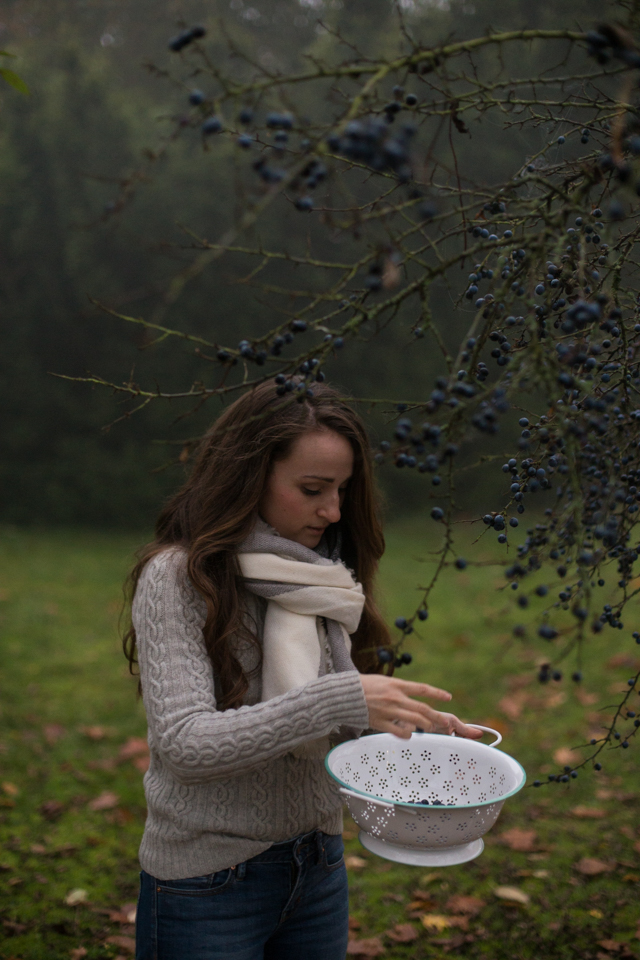 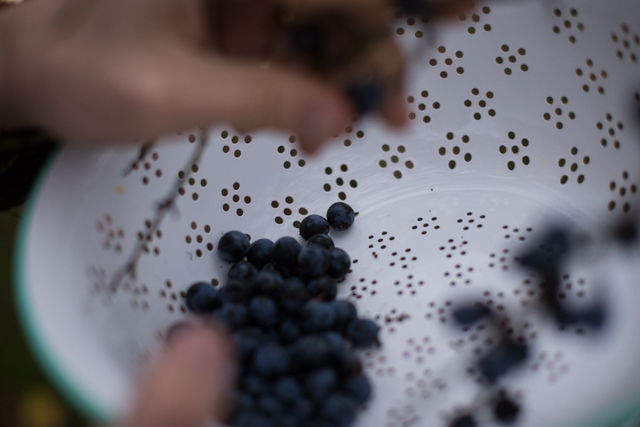 We gathered some 800 grams of berries, burst the skin of each one in turn with a thin skewer and shook them up with about half their weight in caster sugar, before pouring in around a litre and a half of gin.

The gin is actually some that we had leftover from the wedding, and call me sentimental, but I like to think that the timing of using finally noticing the sloe berries that’ve been on our doorstep all this time, ready for us to make up a batch of ‘wedding sloe gin’ is too perfect for words. 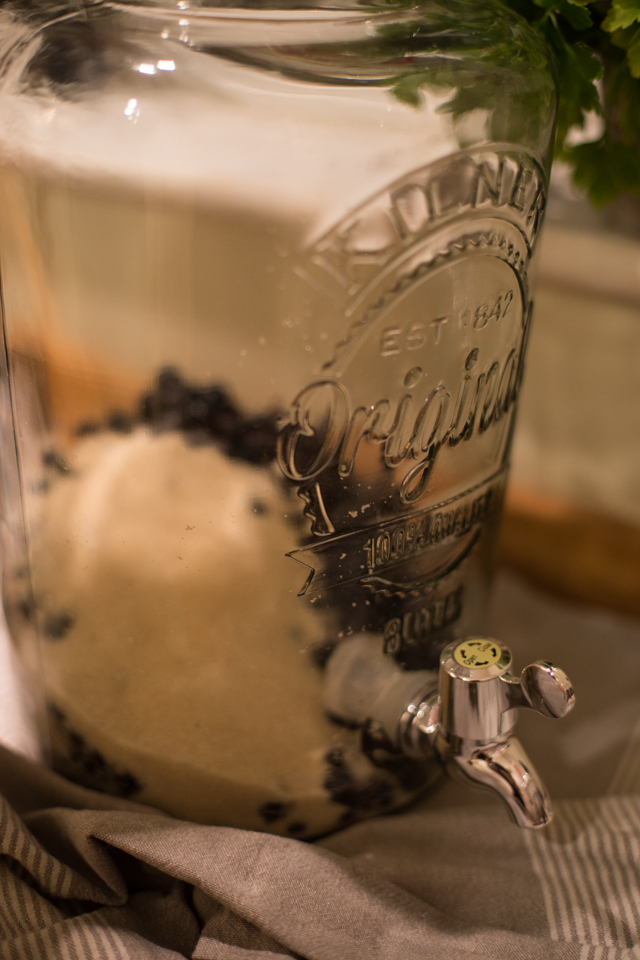 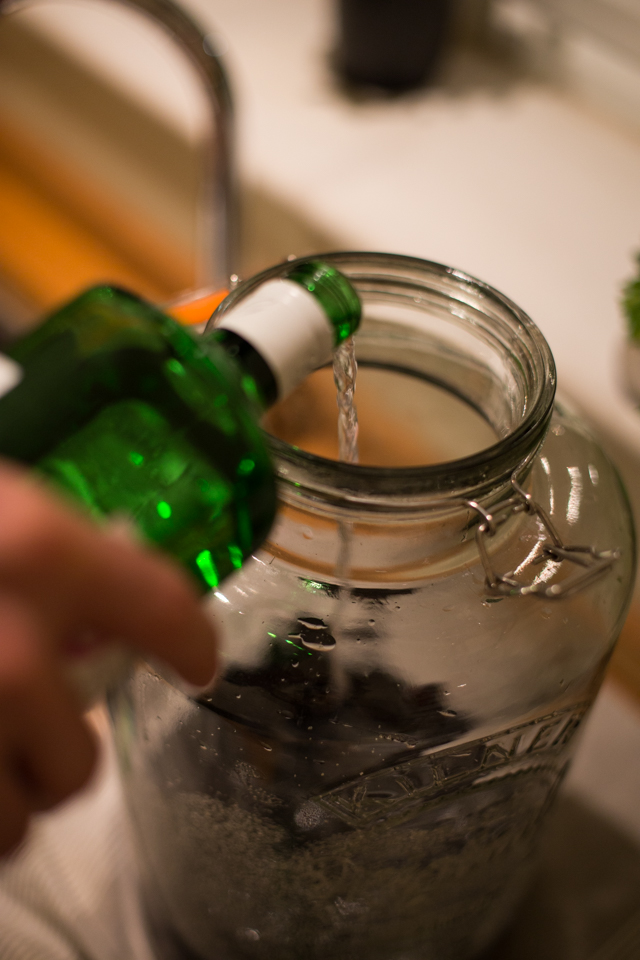 In other news, today is now Tuesday and I’m off to spend a couple of days in London (the very antithesis of this weekend and its quiet countryside activities!).

I’ll be Snapchatting my way through a few press previews, so do add me (I’m ‘ciderwithrosieb’!) if you’d like to follow along!

13 Comments
Posted in CHRISTMAS, COUNTRYSIDE LIFE
Read from the beginning >