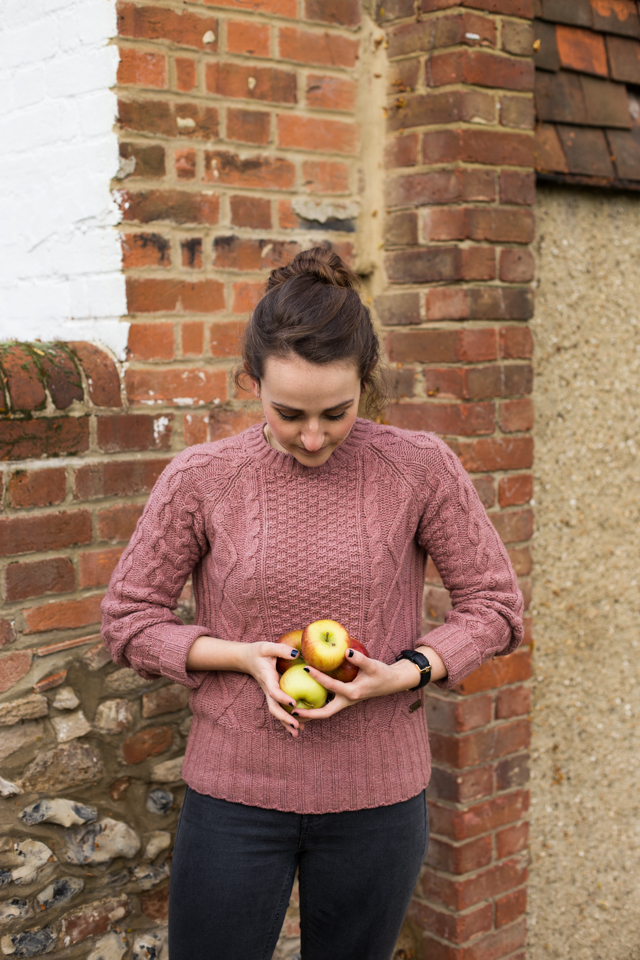 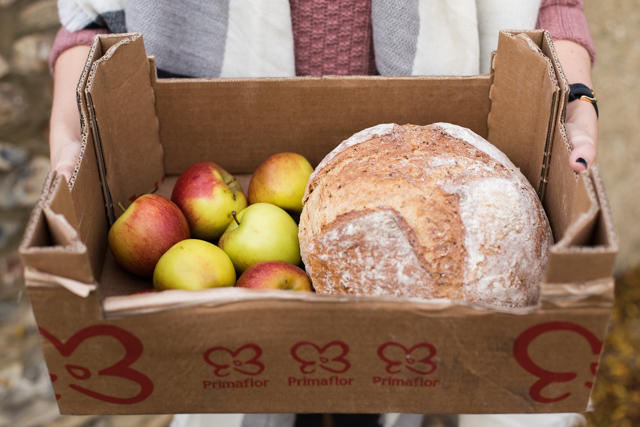 I always feel as though Bonfire Night marks the start of *real* winter.

It’s a coming together of all my most favourite aspects of the season- being outside in air so chilly you can see your breath clouding and billowing in front of you, the jovial, festive atmosphere that builds as the evening goes on, a touch of magic (brought on by bonfires and sparklers and fireworks), and, of course, the delicious food!

Food on bonfire night has to be baked, if you ask me. We hosted a mini-Bonfire Night at our house last weekend, and baked up everything from bread, to apples, to potatoes! That sounds like the most boring, meagre meal imaginable, but I promise you it was delicious!

In fact, the recipe for spiced, baked apples I rustled up turned out to be *so* delicious, I thought I’d better share it! Here’s how… 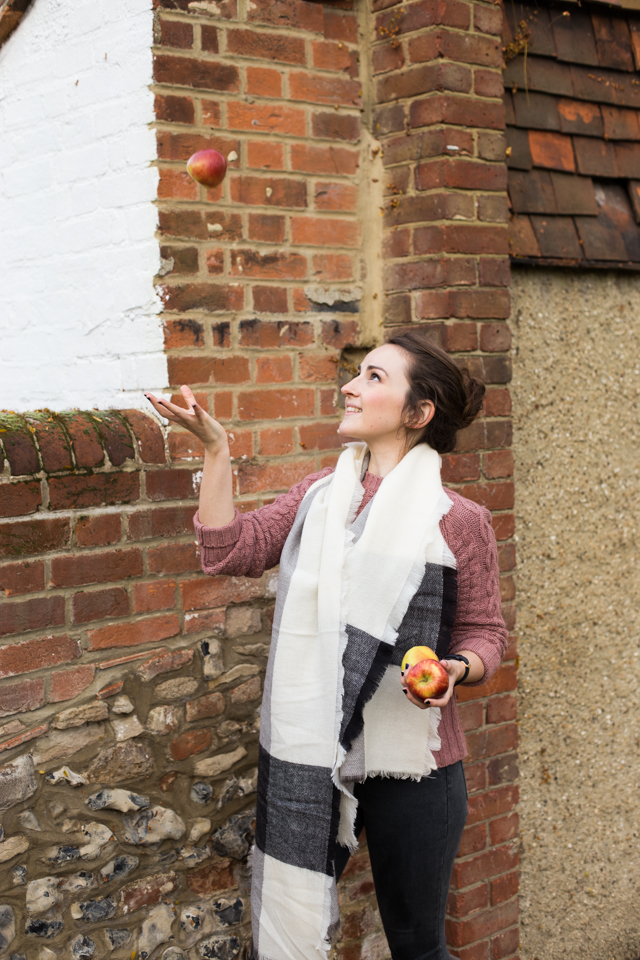 First things first, you’ll need to buy six or so of the most delicious eating apples you can find. I picked up these Braeburns from the farmer’s market, and they were crisper and tastier than any I’ve bought from the supermarket in a long time.

Give them a rinse, to rid them of any nasties. 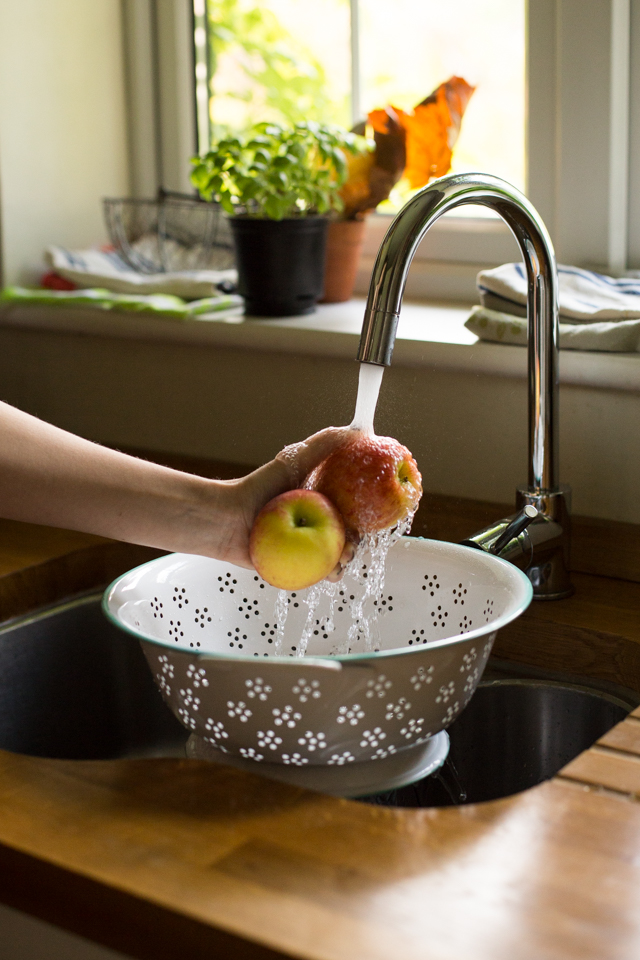 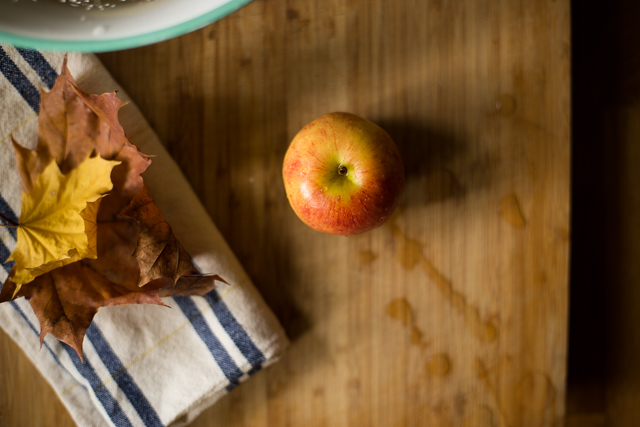 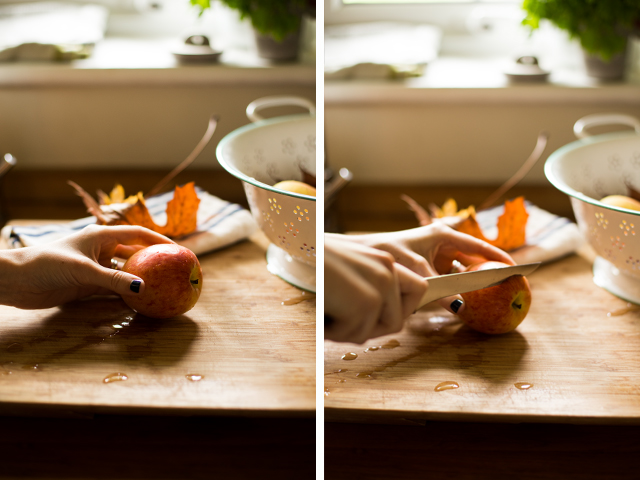 Take each apple in turn, and cut off the top- only about a centimetre or so down the apple.

Use a sharp knife to cut out the core and seeds, and then use a spoon to hollow out the apple so that it’s about a centimetre or so thick all the way around. 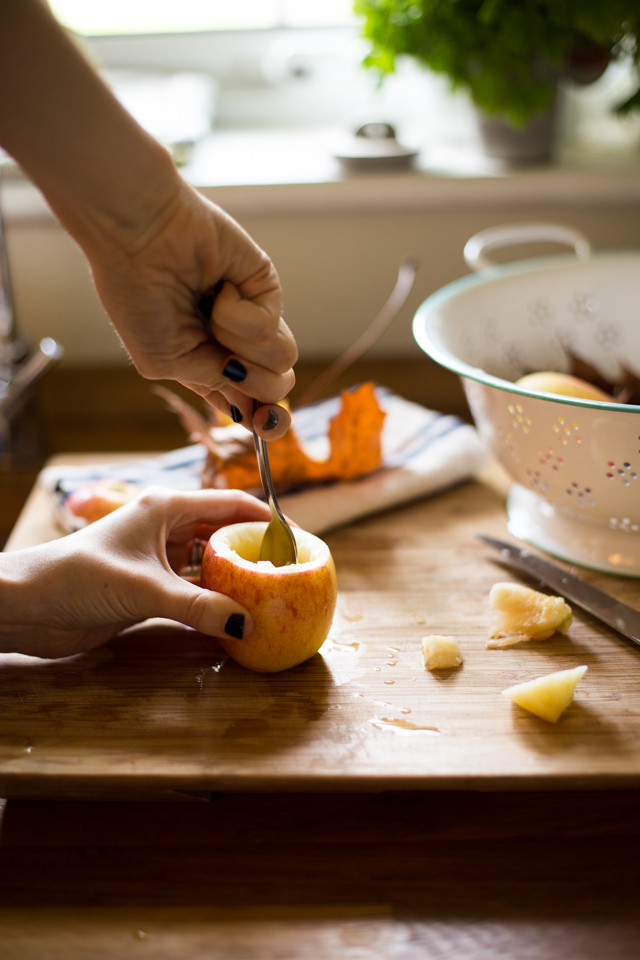 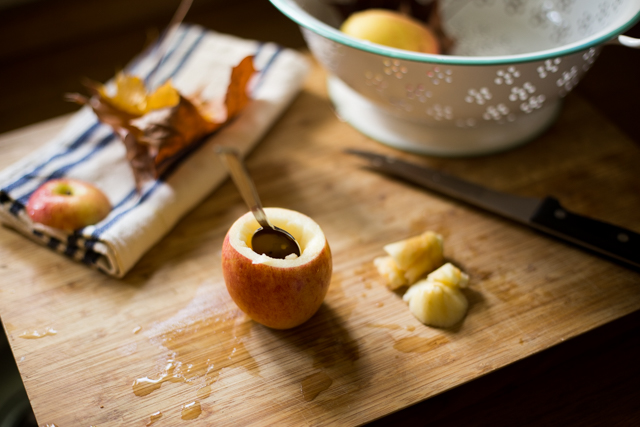 We’re filling the hollowed-out apples with the most delicious, and yet totally virtuous date and nut stuffing! It’s so caramelly sweet and packed with cinnamon-dredged nuts, and tastes so wonderful it’s almost hard to believe that there’s nothing but good, wholesome ingredients in it!

- Soak the dates in boiling water for 15 minutes, then remove them from the water and use a food processor/blender to whizz them up into a paste along with the 1/2tsp of salt. {You’ll need to add a few tablespoons of the soaking liquid if you’re using a blender or NutriBullet (as I did), to help the machine run.}

- Add the nuts to a large, dry frying pan set over a medium heat, and gently toast for a couple of minutes until they begin to smell warm and fragrant. Add in the cinnamon, toss to combine, and then turn off the heat.

- Transfer to a clean tea towel, cover over and bash up with a rolling pin until the nuts are in small pieces.

- Stir together the date paste and cinnamon nuts, and set aside to cool. 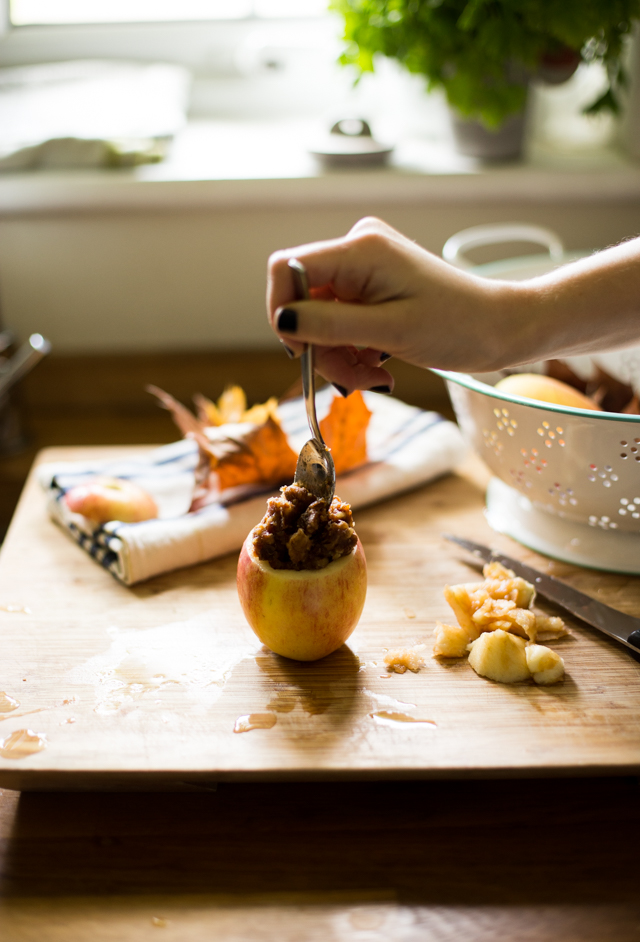 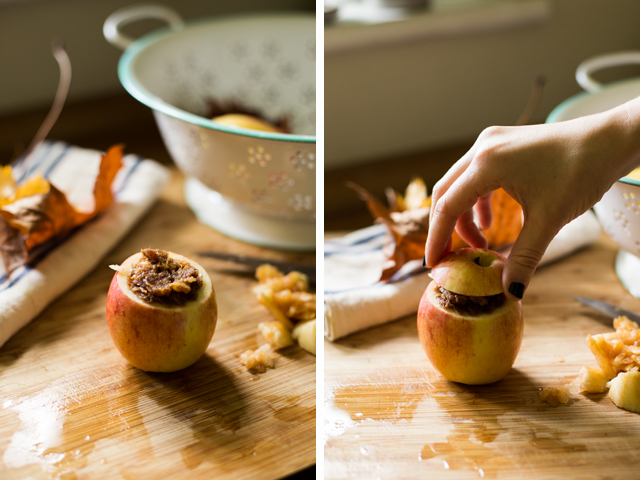 Fill the cored apples with the cinnamon date filling, and then put the ‘lids’ back on!

I found I had enough of the spiced date mixture to generously fill 6 medium apples- enough to serve the five of us I was catering for, plus an extra for the chef! ;)

With the apple prep done (and wasn’t it simple?), it’s time to pause for a cup of tea… 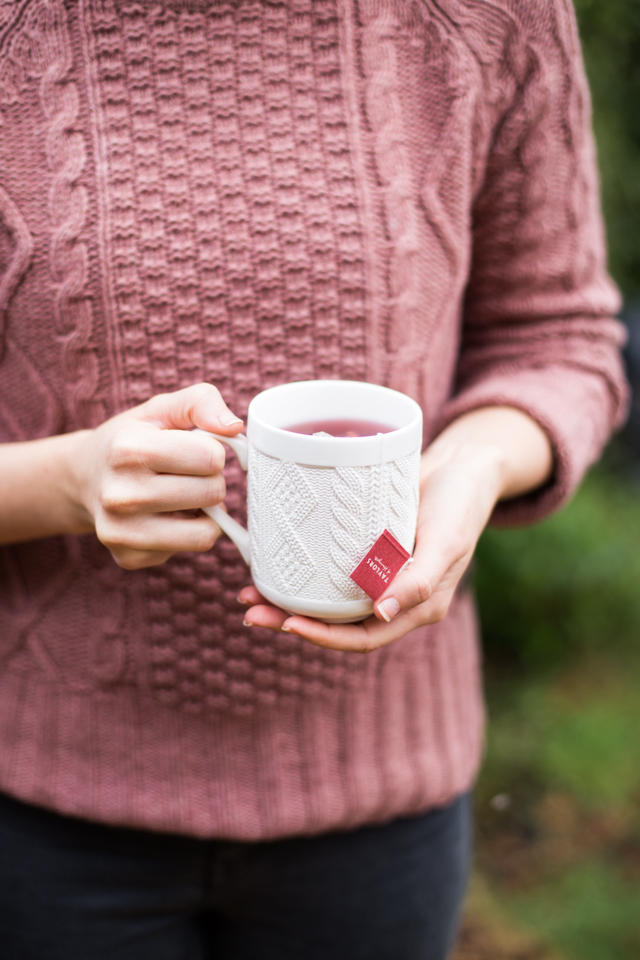 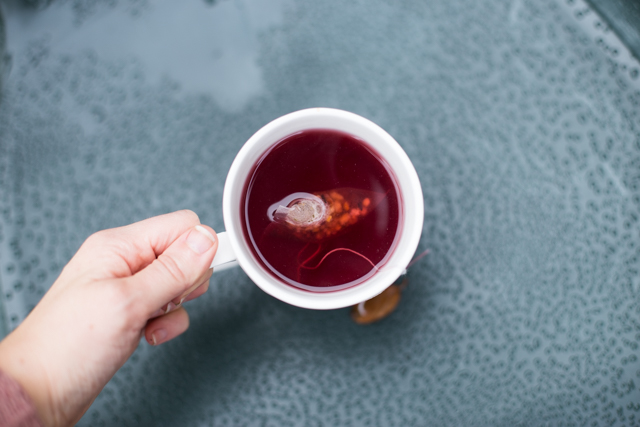 To further spice up our bonfire night, the tea blending geniuses at Taylors sent over a box of their Spiced Apple tea to serve alongside my own baked spiced apples!

I fell in love with the blend last December, and the warm spices and sweet appley flavour are *so* festive that drinking the tea again felt like my first taste of Christmas this year!

Served with those hot apples taken fresh out of the oven, it really is the most divine pairing.

Isn’t that colour so beautiful, too? 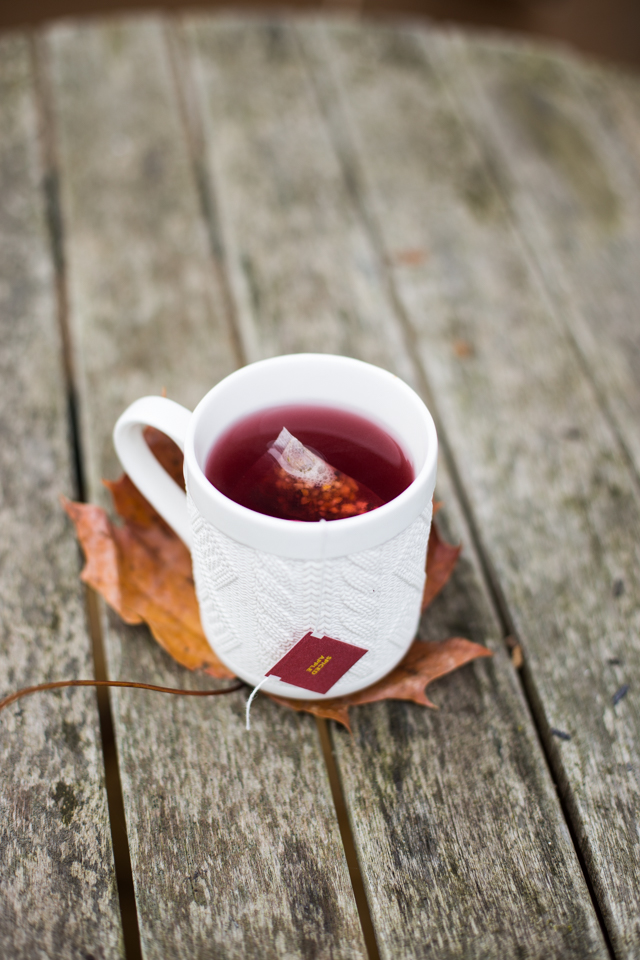 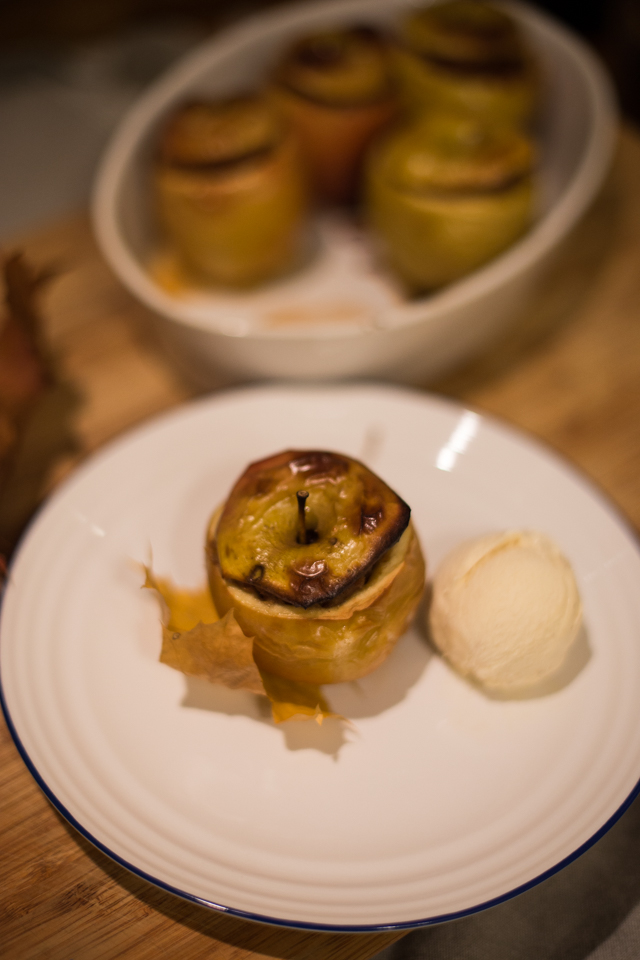 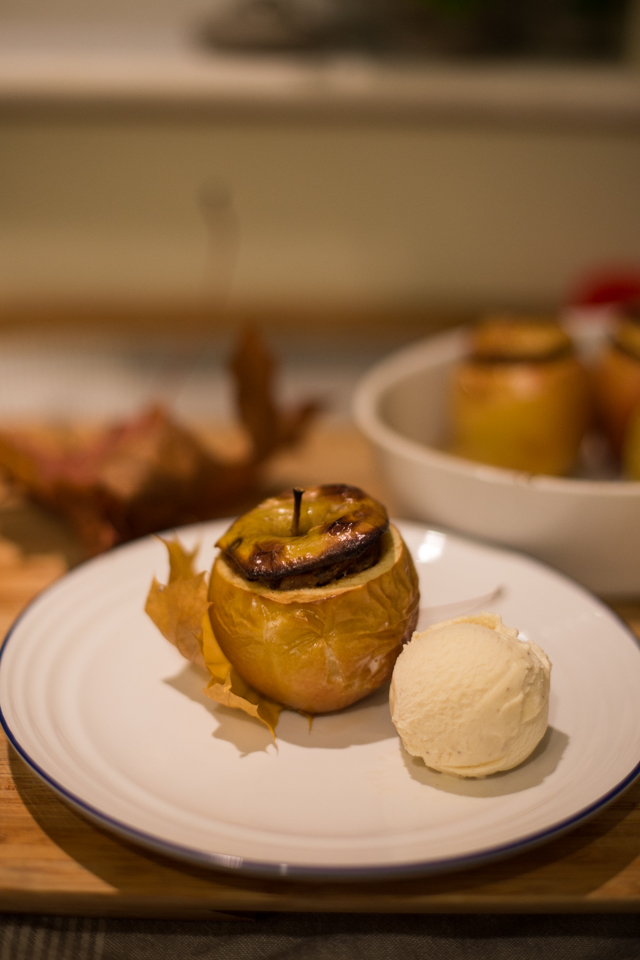 The final step to finishing off these dreamboat baked apples is, of course, the baking!

We cooked up our batch late on in the evening (after a main course of chilli-loaded jacket potatoes!) nipping back in to check on them in between rounds of sparkler-waving and turns taken toasting our hands over the fire.

25 minutes in an oven at 180 degrees will leave them soft, melting, and beautifully wrinkled around the edges. The cinnamon in the filling infuses the apple from within, and each bite tastes like an apple pie in a mouthful.

Serve with a scoop of vanilla icecream, and eat by the light of a fire for true magic. 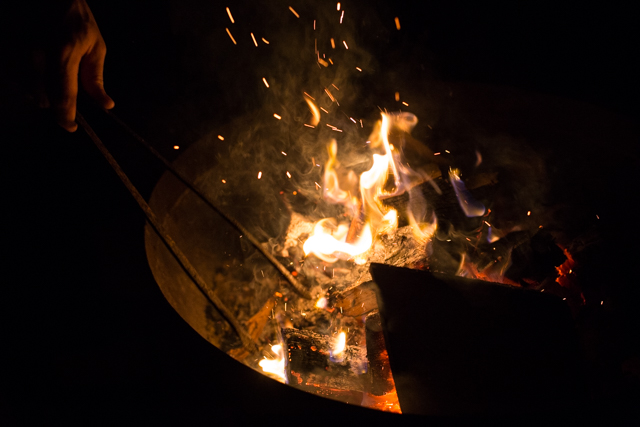 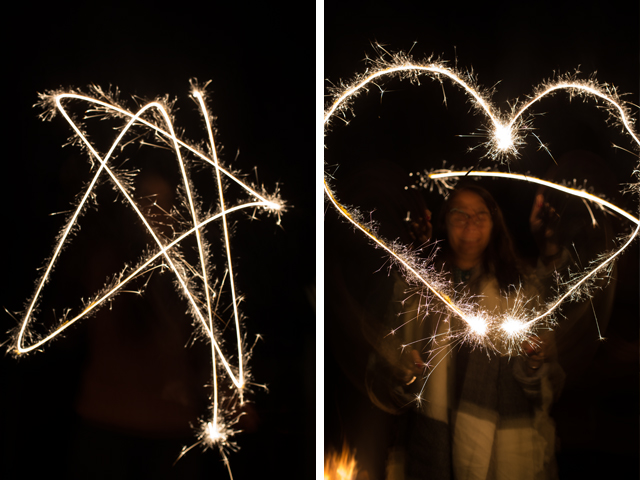 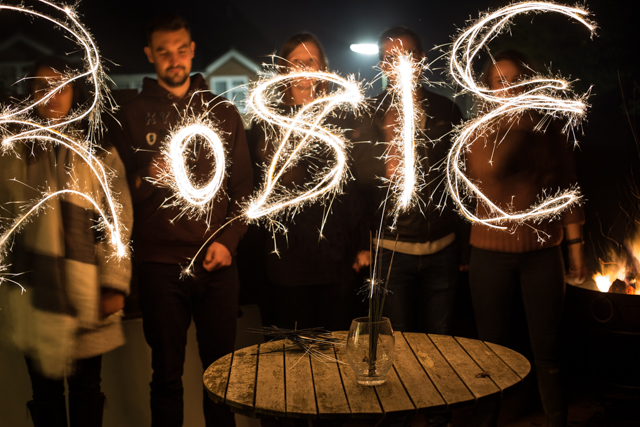 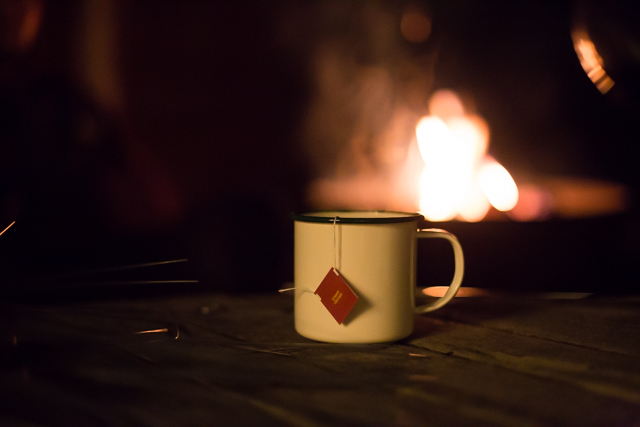 Do you have anything fun planned for Bonfire Night? :) I hope you love the baked apple recipe as much as we did, if you give it a go this weekend!