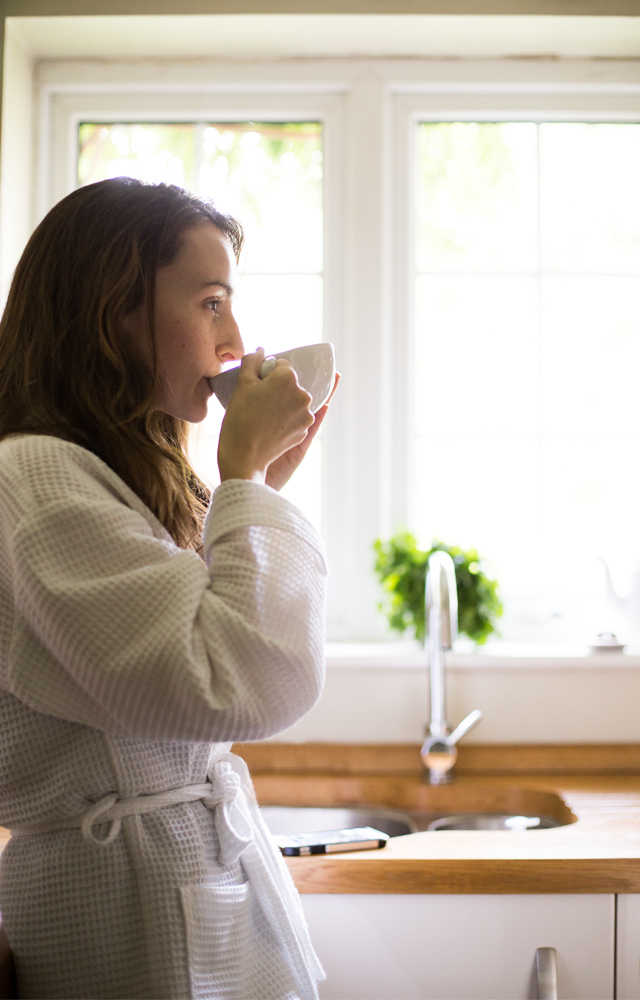 My alarm went off at 8.30 on Saturday morning, and I drove to Heathrow feeling more than a little bleary-eyed after having accidentally (but happily!) spent every evening since Jason went away to the Highlands on Wednesday catching up with friends over dinners and drinks.

We decided that our weekend needed to make up for having spent most of the week apart, but between the Saturday catnaps, the tidying and organising that always comes after a trip away, and the errands we each had to run, it felt as though we barely saw each other for the first half of our weekend.

And so, it fell to Sunday to make up for lost time… 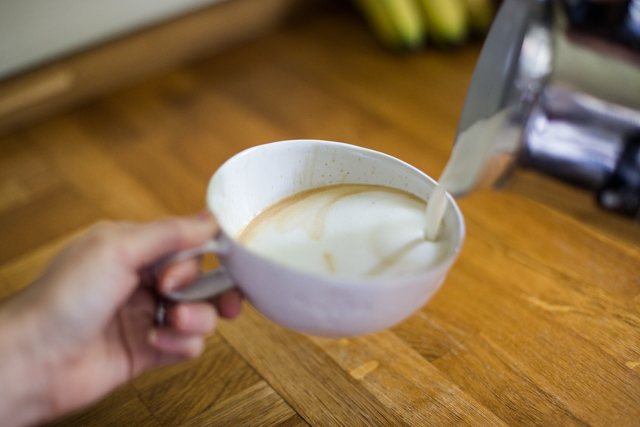 We started with coffee, freshly ground and served with warm, frothy milk. I’ve found recently that oat milk makes the best foam- I’ve even managed to nail one of those fancy latte art ‘hearts’ once or twice, which is absurdly happy-making!

The winter sunlight streams in though the kitchen window first thing in the morning, and makes the pond outside look like a sheet of glass. 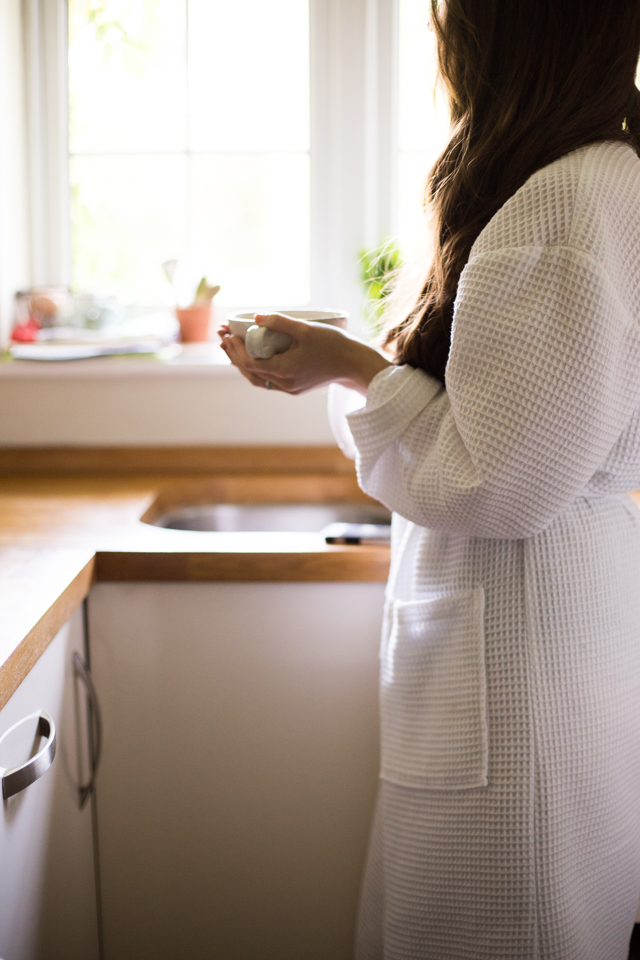 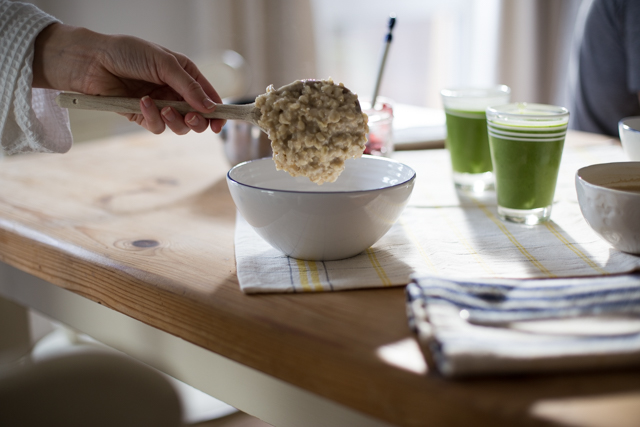 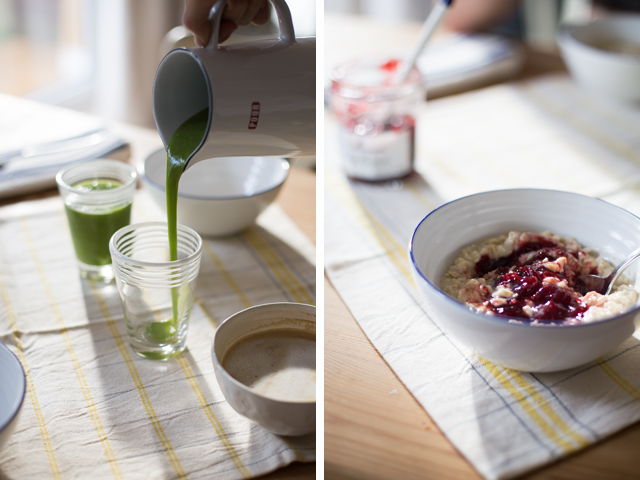 Next came breakfast, both hearty and healthy all at once.

We’re in love with green smoothies at the moment (usually frozen mango and pineapple, then a ripe banana, a handful of kale, and splash of coconut water), and, of course, bowls of nourishing oats topped off with raspberry jam.

It took me years to fall in love with porridge, but now I wouldn’t be without it. There’s nothing like waking up to dew-tipped grass, and having your breath curl like smoke on the air as you stand watching the dog stretch his legs outside, in the knowledge that a pan full of oats is thickening on the hob whilst you wait. 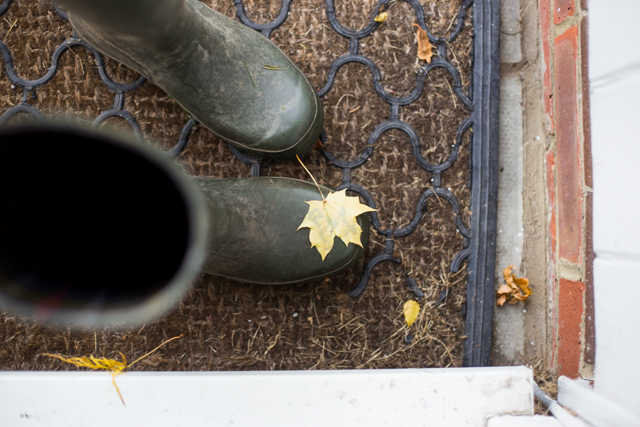 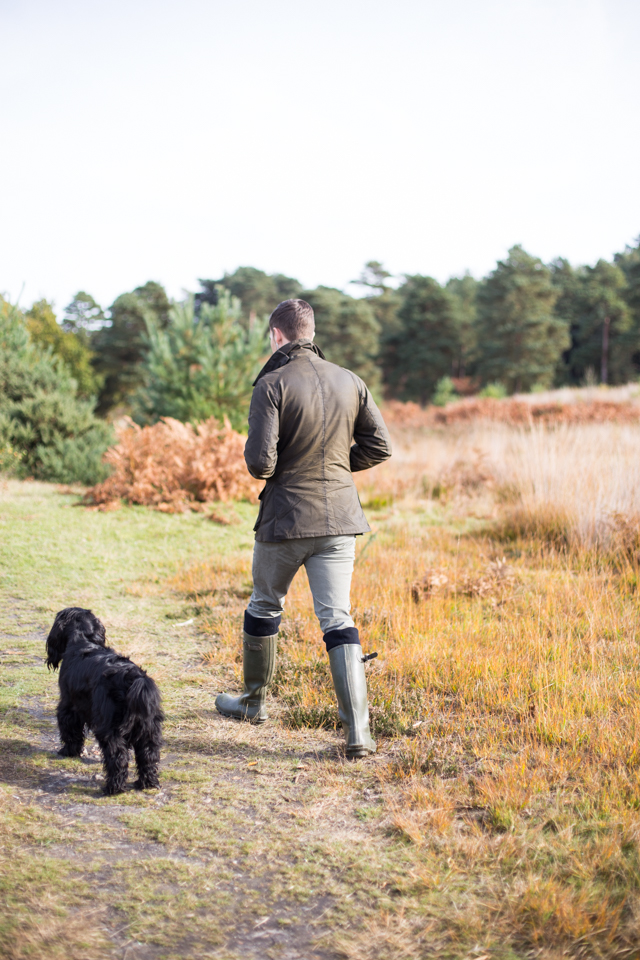 With bellies full and coats and scarves piled on, what next to do but head outside?

We picked up my sister on our way over to the woods not far from where my Mum lives, and spent an hour tramping up and down the hills and through the bracken with Teddy dancing along in front of us. All that was missing was some hot chocolate… 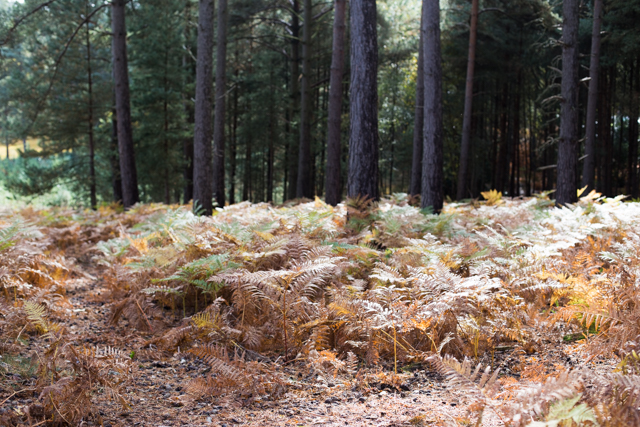 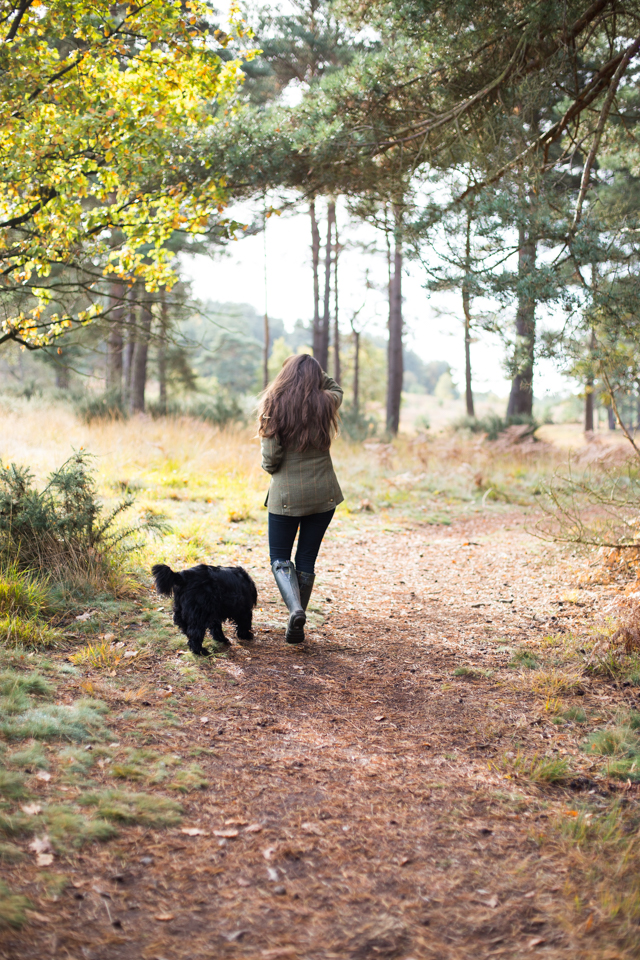 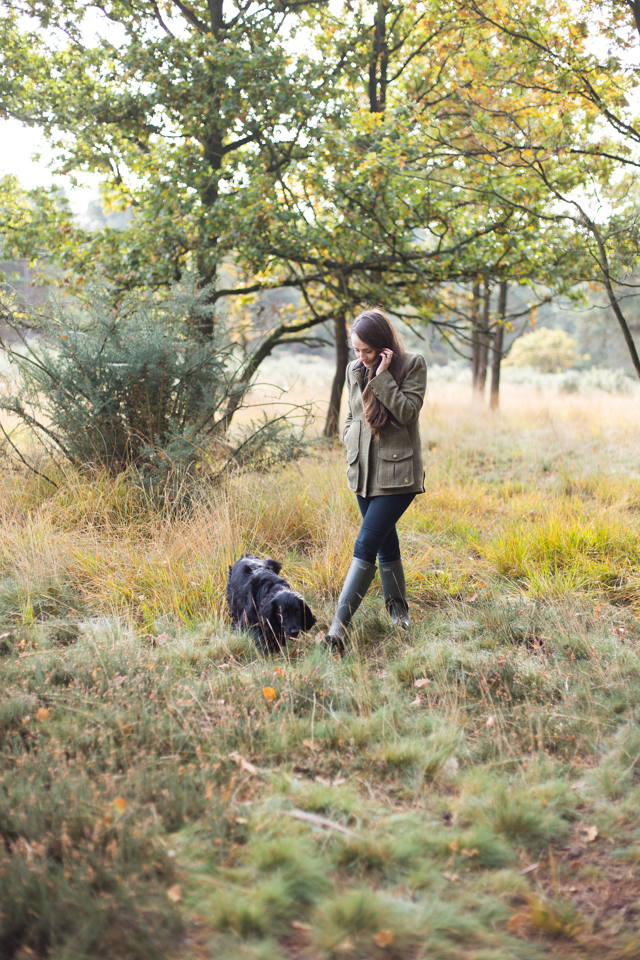 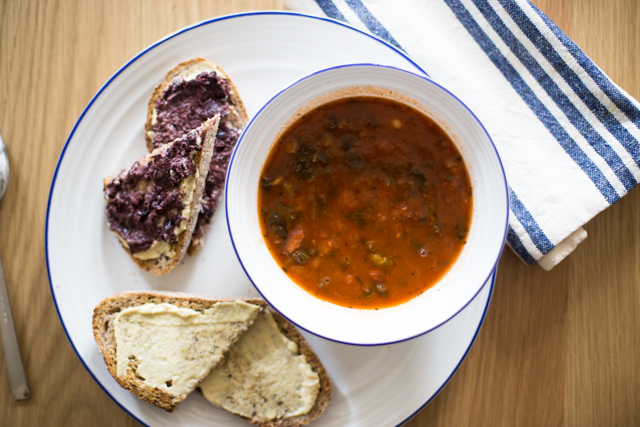 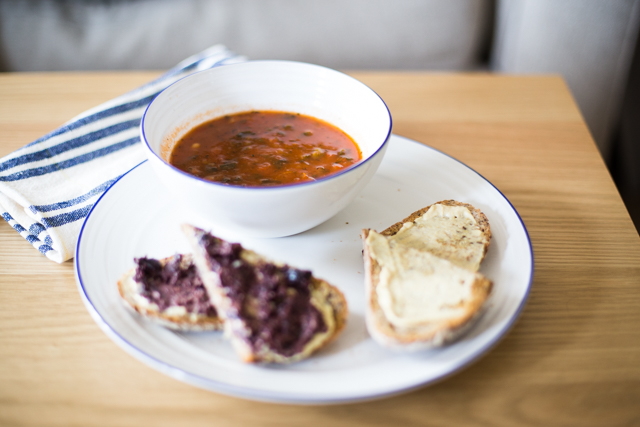 Lunch came in the form of ribollita soup, with my current favourite snack served alongside it- sourdough rye toast with hummus and homemade tapenade! The combination of the creamy hummus and rich, salty tapenade is just heaven. I’ve gone through a whole jar of olives in three days… 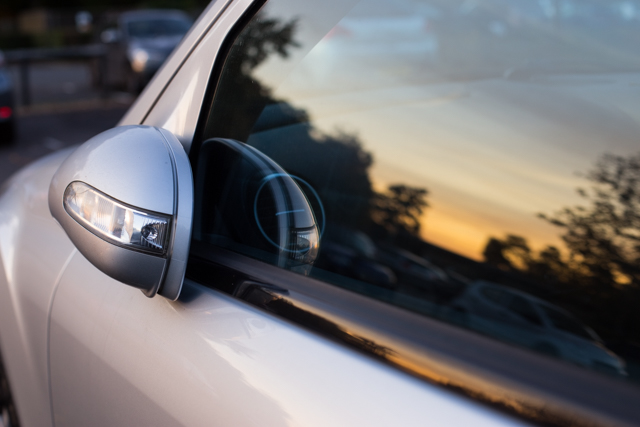 Our final stop of the day was at the lake, with family. We headed up about an hour or so before sunset, so that I could shoot some maternity photos for my sister-and-brother in law, who are expecting their first baby in January. <3

Oh, and I should explain that this shoot is why I’ve been pinning lots of maternity and baby photos on Pinterest lately- for inspiration! I’ve had a few questions about whether I’ve been hinting at something recently, and I can promise you that that’s not the case!

We caught the most beautiful light, and finished the shoot down by the waters’ edge just as the sun dipped over the treeline. The results were some of my favourite photos I’ve taken in a long time. 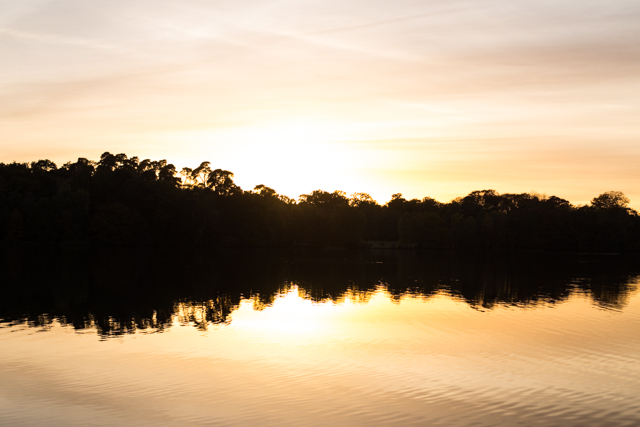 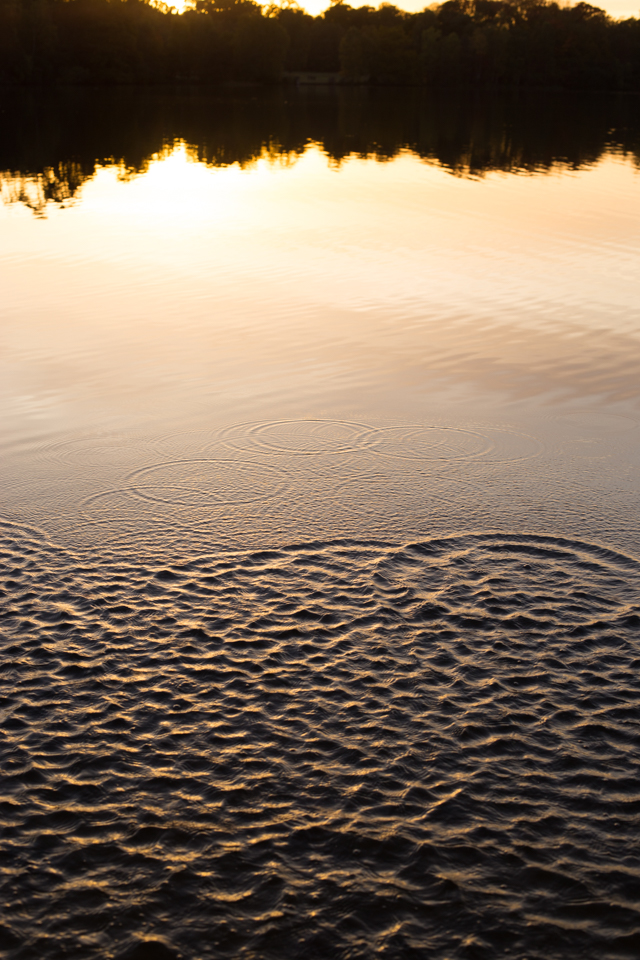 Tell me, how was your weekend?

26 Comments
Posted in COUNTRYSIDE LIFE, WEEKEND
Read from the beginning >