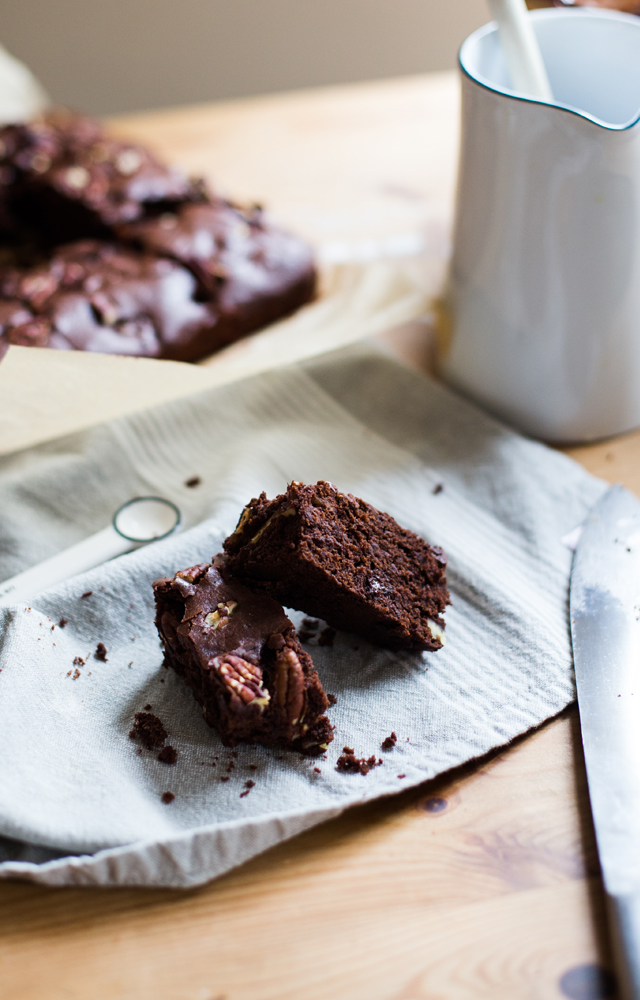 If there’s one thing I’m taking away from this recipe, it’s the realisation that I put pecan nuts in far too few baked goods.

I’d forgotten how deliciously chewy and rich they go once baked, and how the oven seems to intensify their nutty flavour. When I was younger I had an obsession with this cinnamon pecan tart my Mum used to serve as a treat after special Sunday lunches, and I’d clean forgotten about how much I used to love it until biting into one of these brownies!

And really, is there any better combination than that of chocolate and nuts? 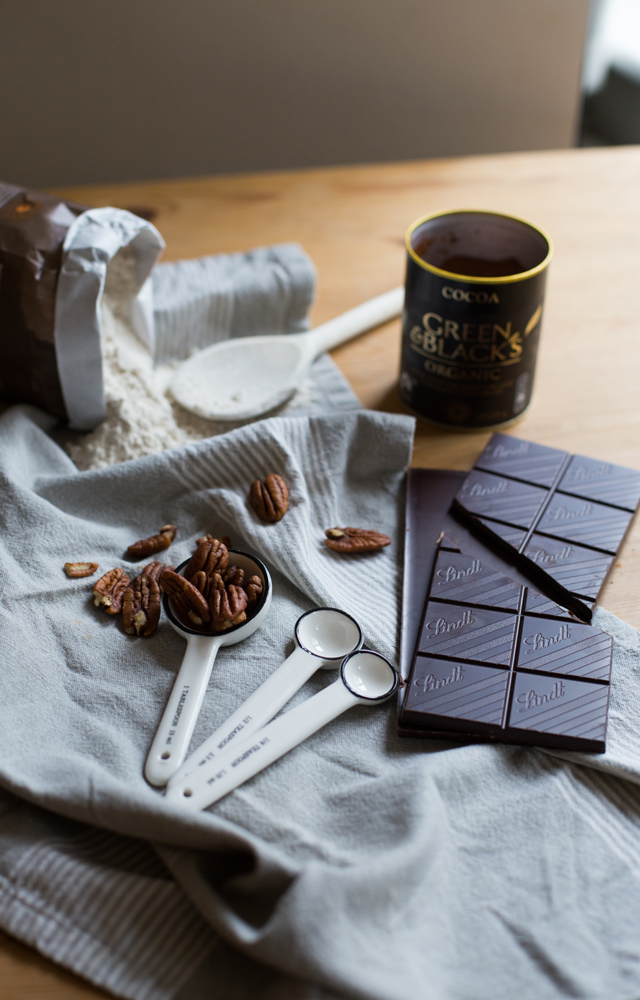 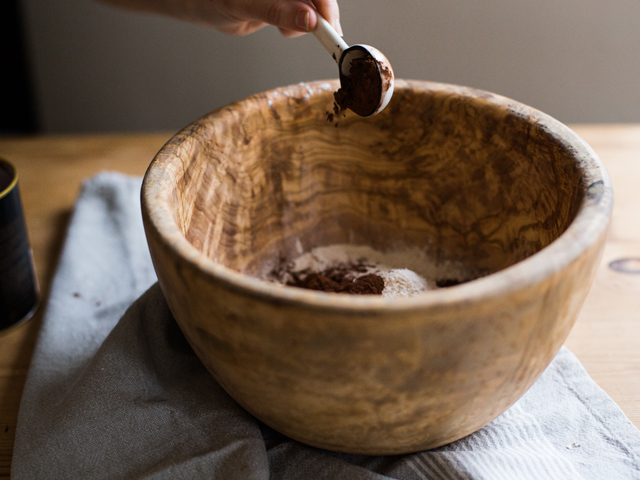 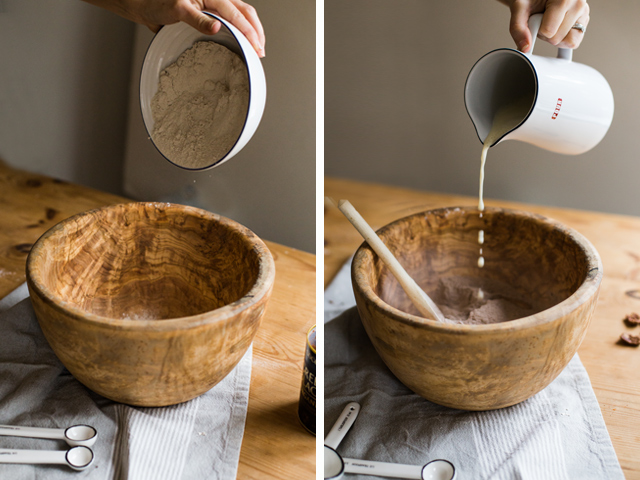 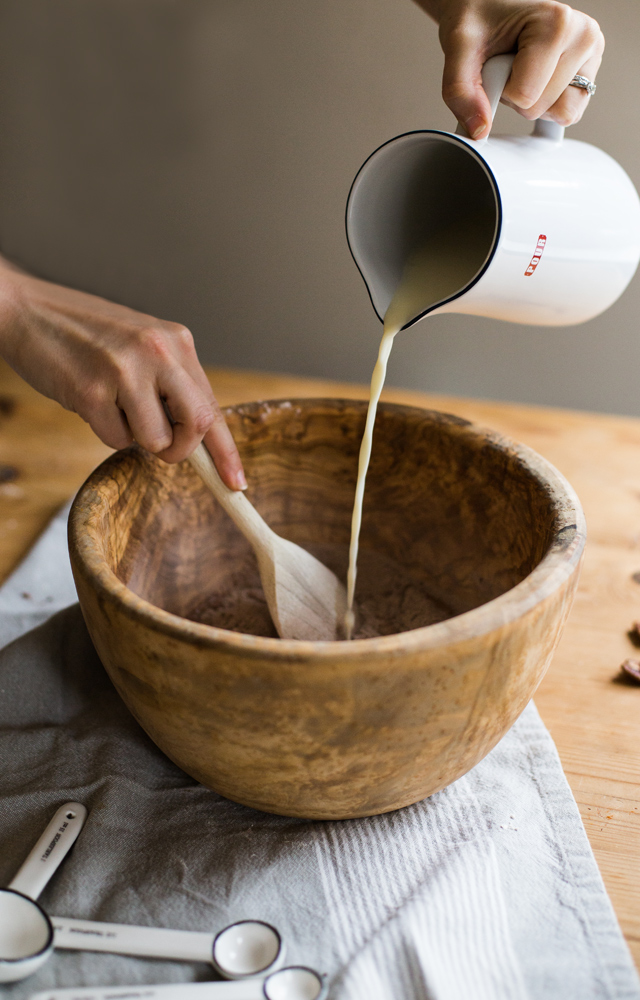 What else do you need to know about these babies? Well, for starters, they’re vegan! I stumbled upon the original recipe on Pinterest and thought it looked so delicious it was worth testing out, and after a little tinkering, am totally sold on it. 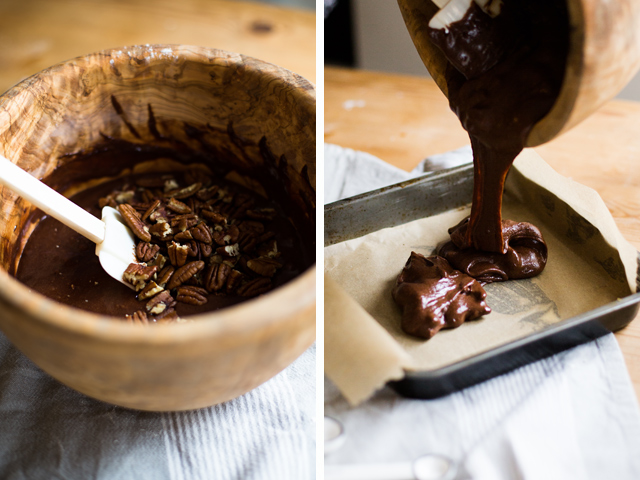 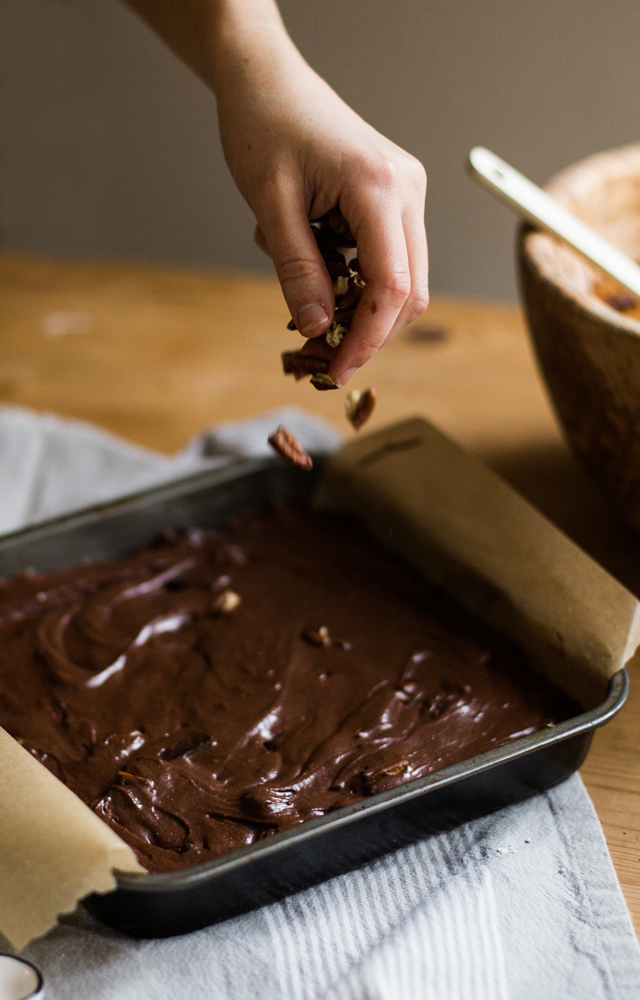 Here’s how to make them…

- Preheat the oven to 180 degrees celsius, then lightly grease a square baking tray and line it with parchment paper.

- In a bain marie, melt together 150g of the chocolate with the margarine, and then set aside to cool slightly. Take care not to melt the chocolate too fast or over too high a heat- slower is better!

- In a large bowl, sift together the flour, cocoa powder and baking powder, and then stir in the sugar and pinch of salt.

- Whisk in the soya milk and vanilla extract, followed by the melted chocolate mixture. Finally, stir in 100g of crumbled pecan nuts, and the remaining 50g of chocolate broken up into small pieces.

- Pour out the batter into the prepared baking tray, scatter over the final 50g of crumbled pecans, and bake for 18-22 minutes.

* I found these cooked far quicker than the original recipe suggested, and so for a soft, squidgy brownie, check them towards the lower end of the cooking time. I took mine out at 20 minutes, and they came out more firm than I’d have liked! Still delicious though, so I can’t complain… * 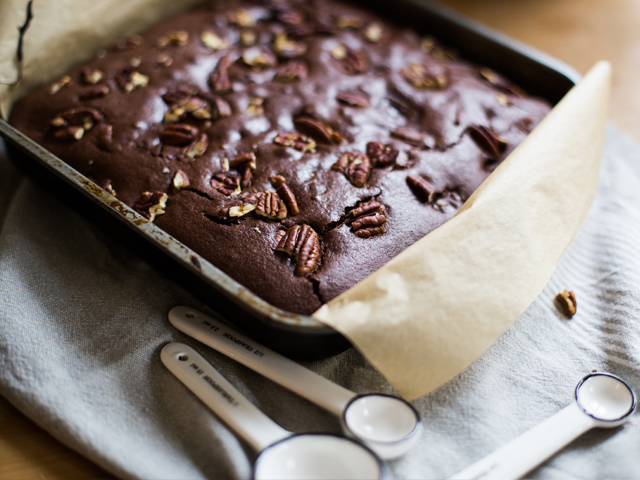 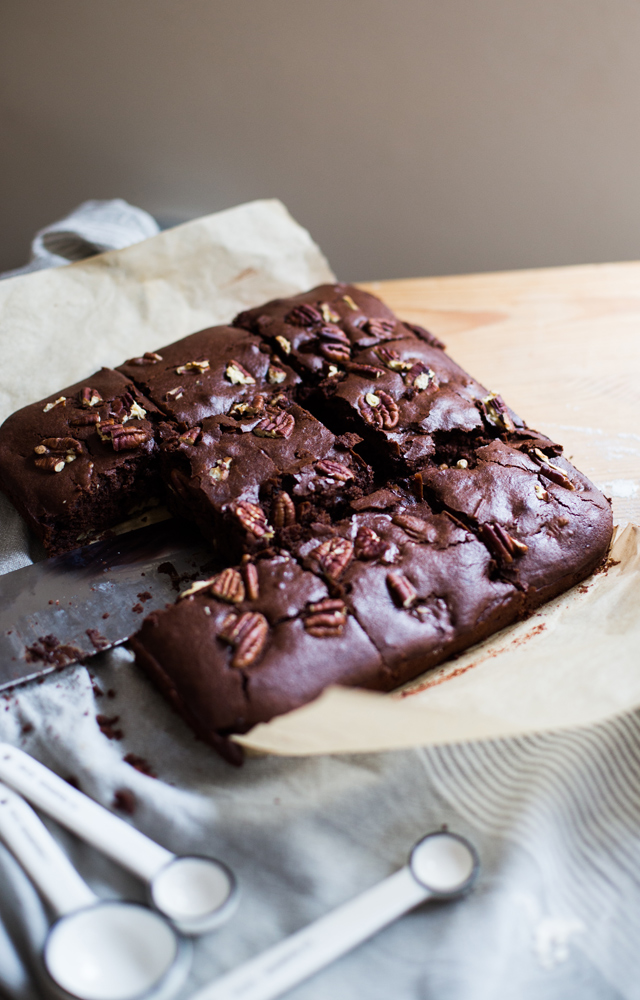 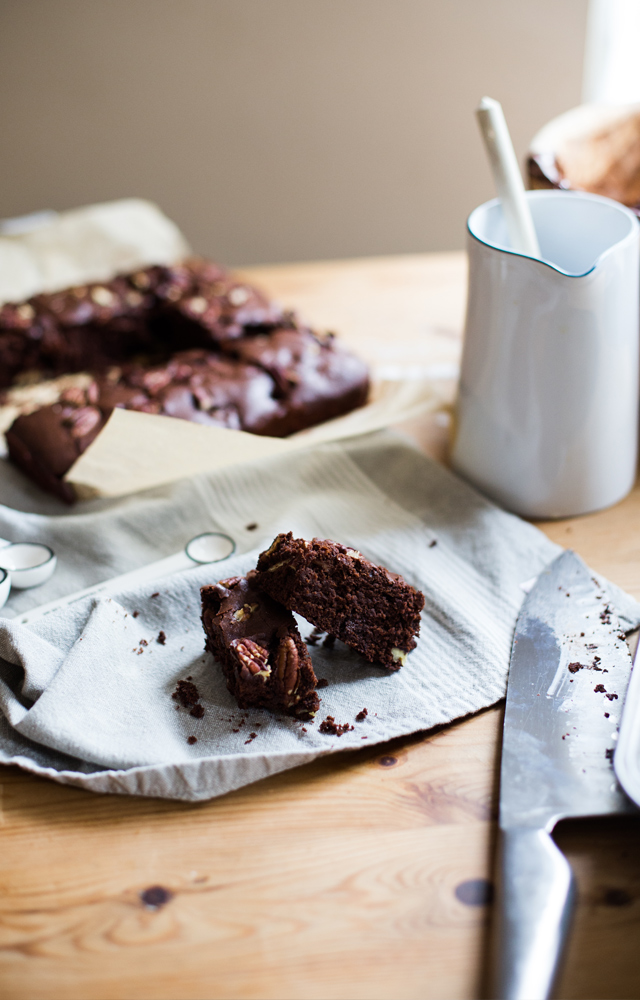 17 Comments
Posted in BAKING, CHOCOLATE., FROM MY HOME TO YOURS, RECIPE, SWEET
Read from the beginning >