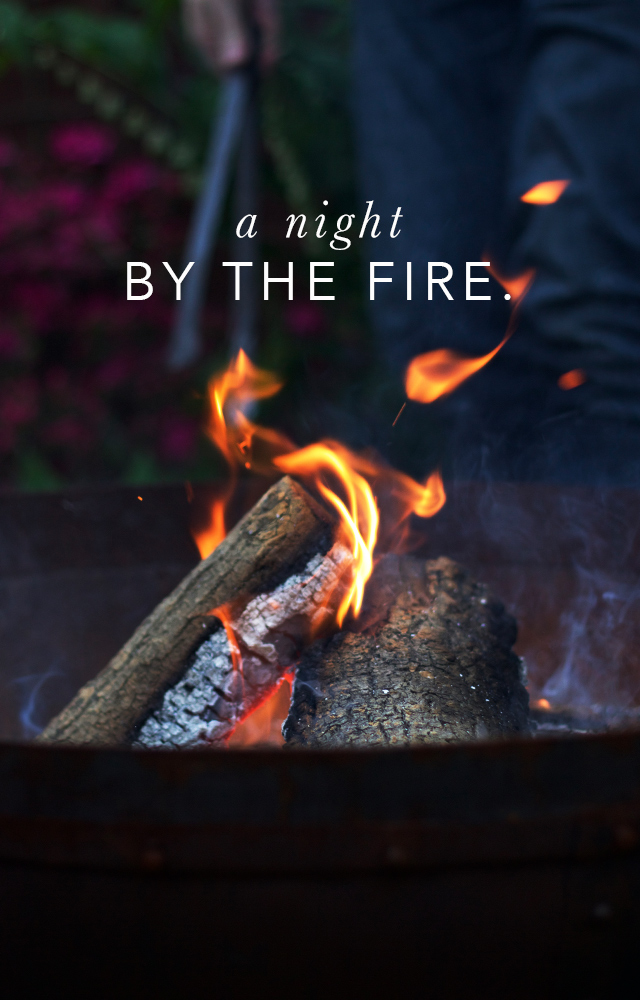 Tania, Freya and I bonded over food. The first time we ever met was over drinks and French fries in a pub just off the King’s Road. The next time we met up was at Borough Market, which then turned into an evening of cheese fondue at Freya’s flat over in London Fields. Since then, every time we’ve seen one another, whether it’s been for birthdays, special occasions, or just a quick half hour catch up somewhere in town before we all scatter off to different appointments, there’s been food involved in some form or other.

A couple of months ago we hatched a plan to combine our favourite things- cheese, wine, chocolate and uhh…each other (have I made it sound like we’re dating? Because I kind of feel like I have…). We dubbed it ‘Cheese Night’, because we’re dead original like that. And this weekend, on a Sunday evening that stayed *just* dry and warm enough that eating outside didn’t feel like a punishment, our plans came together! 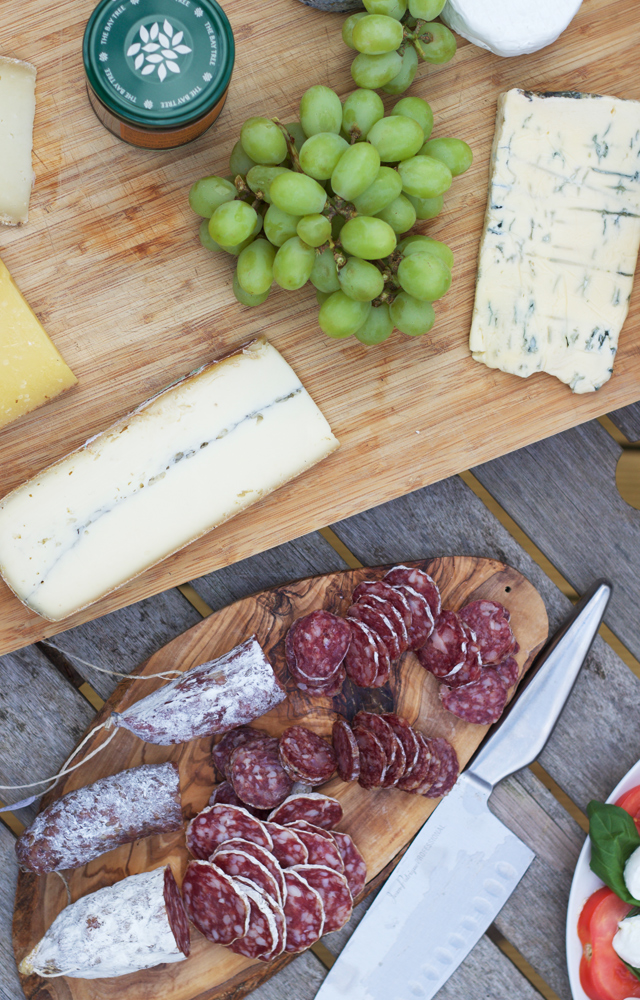 Let me set the scene…

The night was to be held at the Chappel household (that’s ours), and Tania, Freya and her husband Adam, and Jason and I were each to purchase a couple of different types of cheese, some saucisson (Tania recently introduced me to the wonders of saucisson, and now I’m nothing short of obsessed), a bottle or two of something cold and crisp, and one essential component (you know, marshmallows, biscuits, chocolate) of the s’mores that I’ll get to talking about later on. The scheme was a good one, foolproof! Except that what we actually did was each buy loads of everything, so we ended up with basically an entire deli counter and fromagerie set out on a table in our back garden! Just as well that there’s no such thing as too much cheese, right?

^^ Up there we’ve got a creamy Stilton called ‘Cropwell Bishop Beauvale’, a cows cheese with a vein of ash, Compté, and three different types of saucisson (garlic, venison, and straight up). What you can’t see is all the bread, the three other types of cheese sitting just out of shot on the board, the caprese and green salads, smoked sunblush tomatoes, and olives to boot. And crackers too. Oh, and radishes. ^^

To go alongside our garden dinner party, Rekorderlig sent us over a few bottles of their beautiful fruit ciders as part of their #BrighterNights campaign! It couldn’t have been a more perfect opportunity for cider drinking to take place, and hey look! It’s cider, with Rosie! On Cider with Rosie! I think that’s the first time I’ve been able to do that in 3 years of blogging. (Totally worth the wait.)

Speaking of cider though, Rekorderlig is my hands down my favourite and has been for years. It’s sweet but not overly so, the flavours are divine (the strawberry and lime is the best if you ask me!), and poured out over a few ice cubes and some chopped fresh fruit, it makes the most perfectly effortless garden party drink going! 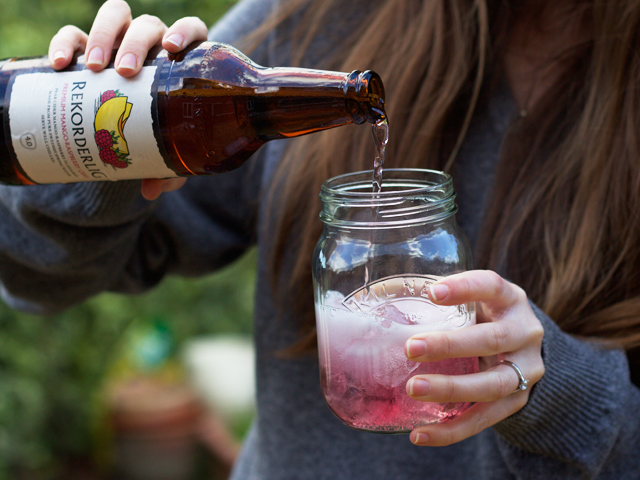 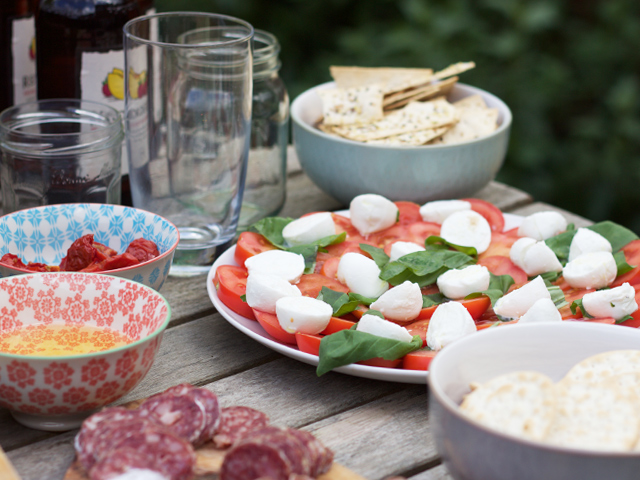 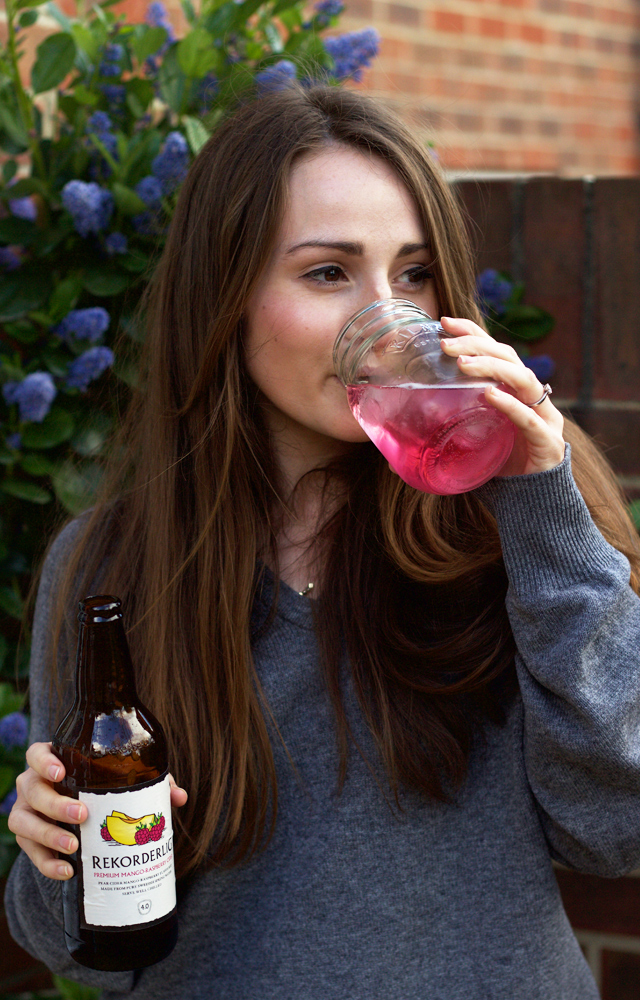 ^^ Mango & raspberry flavour is so good! And so is wearing Jason’s jumpers…^^ 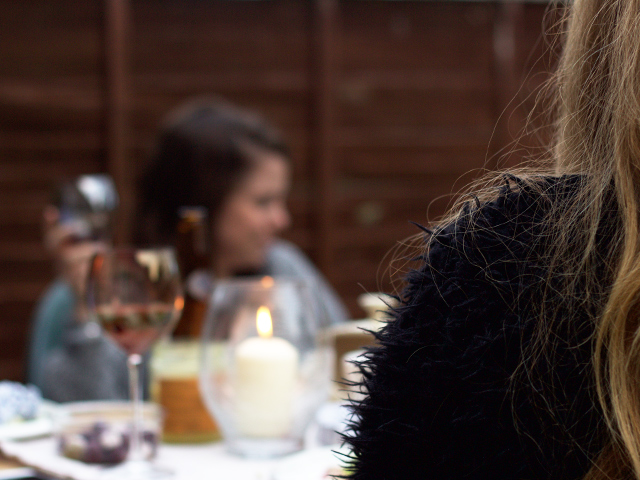 Once the cheese feast was over and done with and we’d all eaten our fill (which took an embarrassingly short amount of time considering we all consider ourselves cheese eating pros and two of our number, Tania and Jason, have Gallic blood…), we moved onto the second course. S’mores!

Jason and I looked into hiring out a fire pit for the evening reception of our wedding a little while ago, but decided that since the hire price was barely less than purchase price, we’d go ahead and buy it instead of having it just as a one off. And considering that we’ve had it maybe three weeks tops and have already worked our way through several bags of marshmallows and two loads of firewood, I think it’s not been a bad investment! 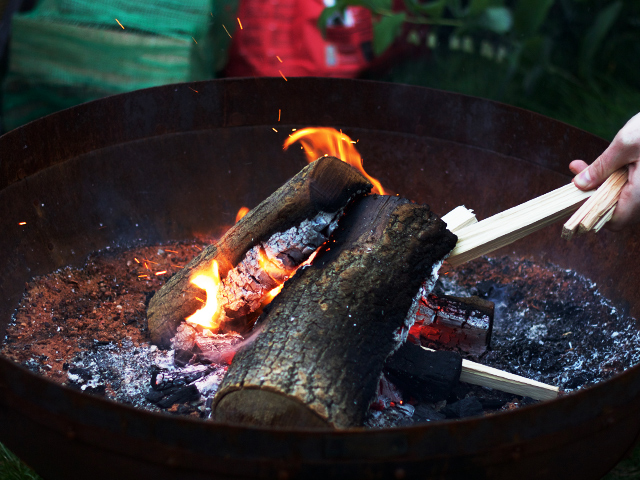 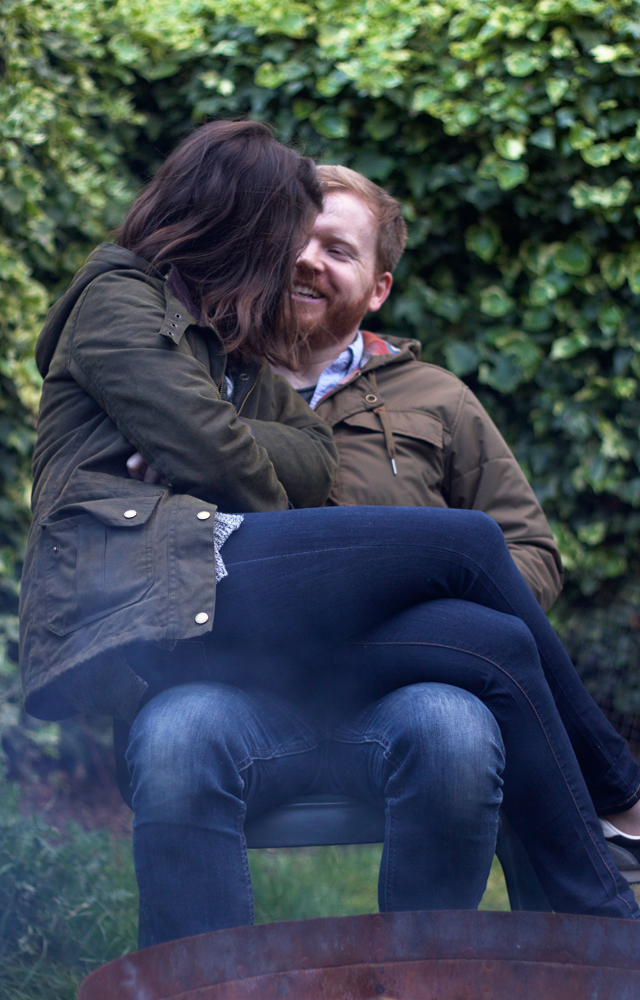 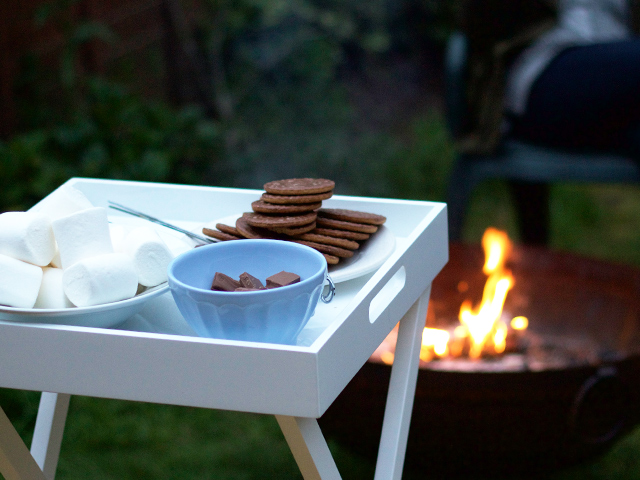 Since Adam is Canadian and Freya herself is basically Canadian too (it’s a long story, you’ll have to ask her for it…), I was under strict instructions not to buy any, and I quote, ‘horrible British marshmallows that always taste really bad’! Instead, Freya came armed with a suitcase-sized bag of giant American marshmallows (those things are like four regular sized mallows all in one), which, I have to say, were the absolute bomb. They toasted up a treat, and were so ginormous they basically were a meal in and of themselves.

We stuck them on skewers, held them over the burning logs until they turned golden and melting, then sandwiched them between chocolate digestives and sat back to enjoy the bliss. I”ll tell you though, I’d not realised until recently quite what a messy business s’more-eating is! Ted had a whale of a time hoovering up the crumbs beneath our feet… 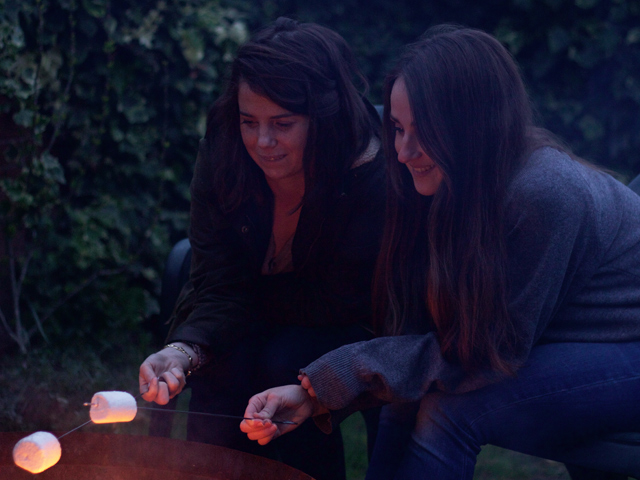 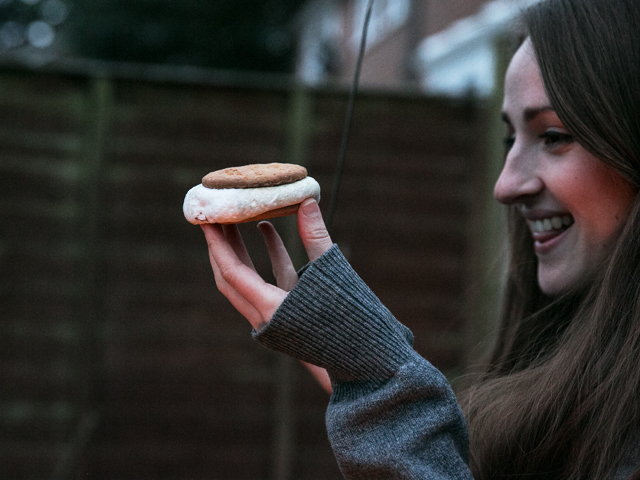 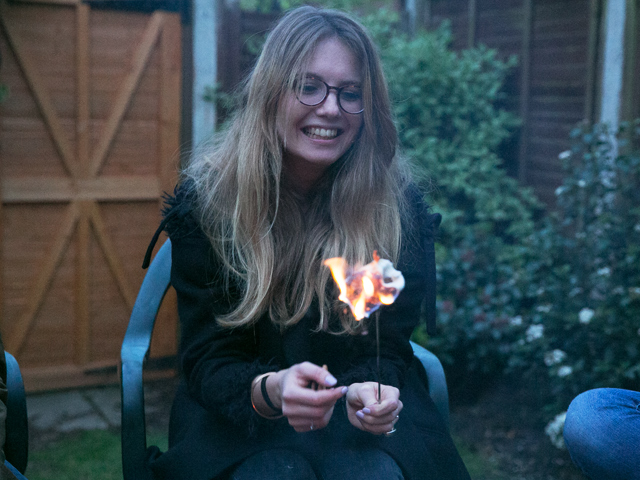 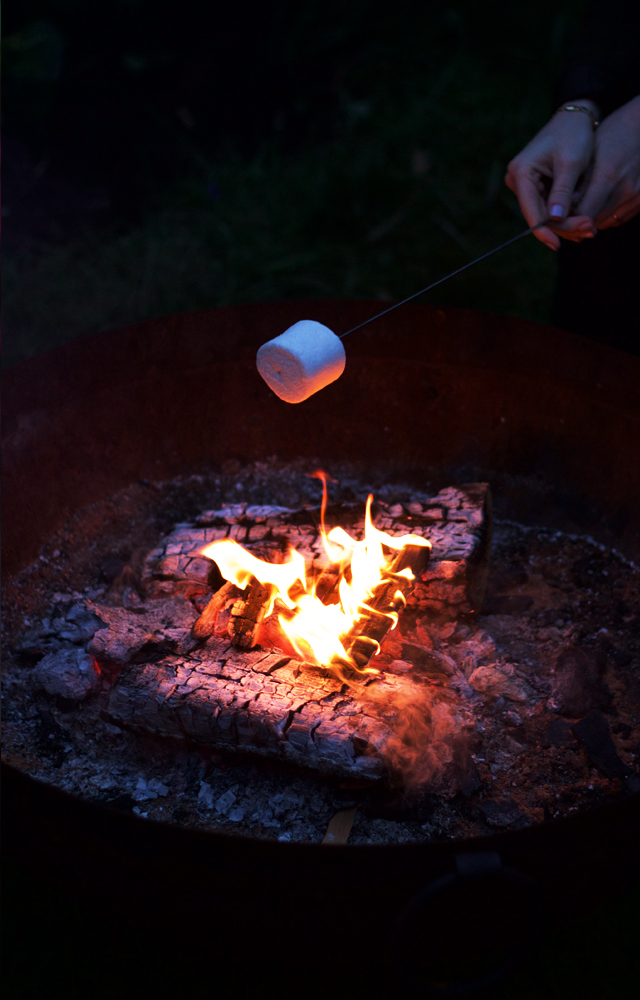 We stayed sitting by the fireside late into the night, toasting endless rounds of marshmallows (plus the odd piece of bread too, that got slathered in butter and topped with flaky salt- divine!) and soaking up the woodsmoke. In fact, we soaked up so much woodsmoke that I can still smell it on my hair, even though I’ve washed it since! I don’t mind a bit though, because really, who could complain about catching a scent every now and again that brings back memories of crackling firewood, warm hands and faces, belly laughing until my stomach aches, and dreams of cabin holidays in Canada with the very best friends a girl could ask for. 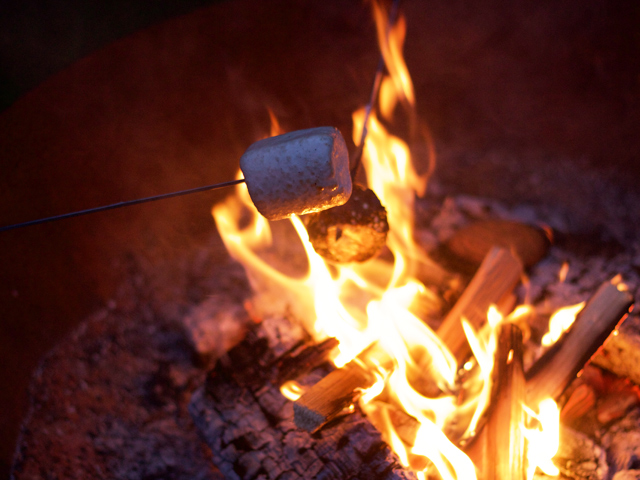 * This post was sponsored by Rekorderlig as part of their #BrighterNights campaign, who asked if I’d like to include a feature of their ciders here on Cider with Rosie and since Cheese Night was already in the diary, it seemed the most perfect opportunity! As ever, my opinions are nothing but honest, and I’m so happy to be able to recommend a brand of cider I’ve loved for years :)

** Photo of Tania holding a flaming marshmallow, and me holding a corker of a s’more, by Freya!