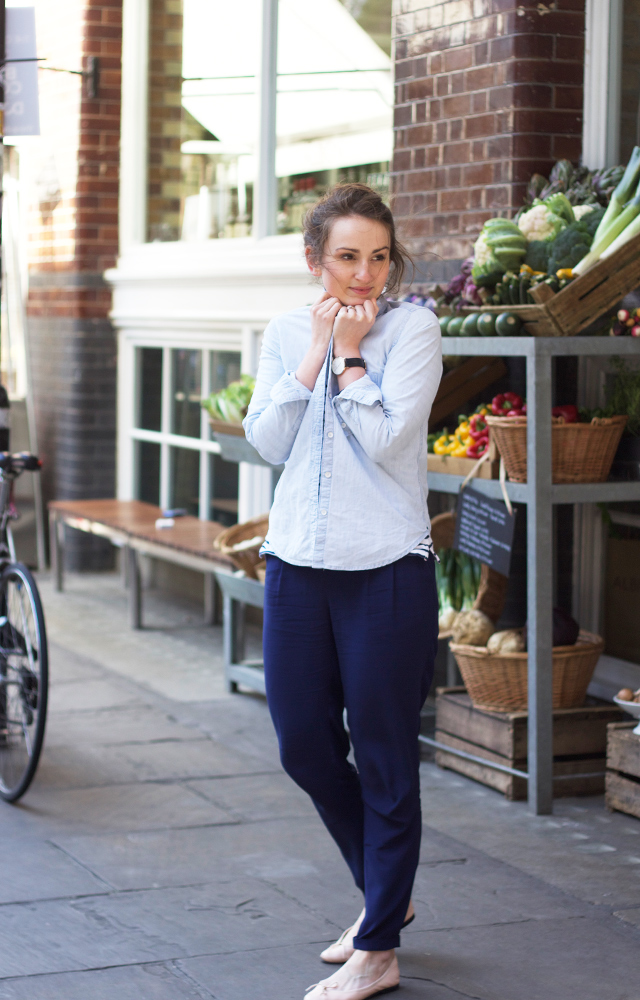 Does it feel like an age to you since we last had a proper sit-down-with-tea-catch-up type post? It does to me, at least. Please consider this your polite notice that now’s the time to go and make a cup of something. Maybe go for an iced coffee (for me the year goes Autumn, Winter, Spring, Iced Latte season), or a green juice, or whatever’s about to become more trendy (…fleek? Am I using it right?) than green juice.

I’ve nothing and everything to fill you in on. Important stuff and nonsense, something and nothing. Probably more nonsenical nothings than important somethings, to be honest.

Let’s kick off with a little round up of all the things that’re swimming around in my mind most frequently at the moment!: Female friendships, and how life-enhancingly beautiful they are. Capsule wardrobes. Puppies and babies. YouTube and videoing and cameras. The wedding. How Time Flies. And also all the usual nonsense, like how I need to buy a mop (OH MY GOSH MY LIFE RIGHT NOW SUCH EXCITEMENT), and how annoying it is that the stupid living room curtains shrunk at the dry cleaners last week, and that I wish I could be someone who didn’t scuff their shoes to buggery after just a handful of wears.

Working for yourself, in whatever capacity that may be, can sometimes be an isolating experience. Incredible and exciting and freedom-providing, yes, but also tricky. I spent hours (and I really mean hours!) chewing the fat with my friend over drinks a couple of weeks ago about the logistics and nuances and challenges of being your own boss. Of being at once creative and free-thinking, yet also logical and evaluative and driven. To act as your own greatest champion (self-belief, yeah!), but also needing to be your own greatest critic too. I feel especially that sharing content online can sometimes feel like shouting into the abyss- we pour out our hearts and souls via photographs and stories and posts and updates, then try to make sense of the numbers and statistics that come back so that we can learn and grow and progress. It’s an imprecise art! And if you ask me, it’s for exactly these reasons, for the imprecision and the sometimes-solitude, that friendships and connections become so vital.

If there’s one thing I’ve learnt over the past three years of running this online space, it’s that there’s nothing as powerful as collective creativity. Nothing as strengthening as a pep-talk from kindred spirits, or as empowering as being part of a community that encourages sharing and cross-promotion and leg-ups as much as it does personal growth. It’s the brain-picking WhatsApp messages sent to blogger friends 11 o’clock on a Thursday evening that matter, and the sharing of contacts, and the passing along of opportunities.

The expression ‘all ships rise in high tides’ is a true one, that’s for certain. 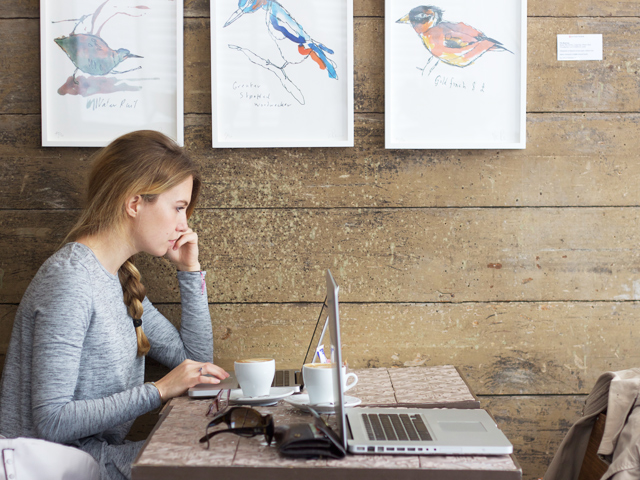 And now, to the dumb stuff! Like capsule wardrobes! I’ve nothing to tell you really other than that I’ve become a bit obsessed with them as a concept. Many hours have been spent scouring Caroline’s blog, and looking at ‘how to capsule wardrobe’ thingies on Pinterest.

The idea of havingsomething resembling a uniform is so very appealing to me. My uniform at school was beyond hideous- a shades-of-green striped blazer with brown shoes that made your feet look about 8 sizes bigger than usual- and yet despite the ugliness, I adored it. Loved the ease of getting dressed each morning, loved the feeling of well-worn fabrics against my skin, loved how it became a part of my identity. The focus on mixing and matching within a capsule wardrobe seems so much more sensible to me than constantly trying to reach some impossible state of ‘enough’ within a larger wardrobe, and surely would stop me doing the whole ‘I need more tops- now I need more jeans/skirts/trousers to go with the tops- a few new dresses wouldn’t go amiss- oh look coats and jackets’ thing year round. I feel like it’s a big life decision (it’s not, I’m being dumb, but dumb is fun and that’s kind of a rhyme so there’s that), so maybe I’ll think on it. Start ‘capsuling’ after the wedding, when I’m a wife who just totally gets this sort of stuff done, and never ever scuffs the toes of her nude ballet flats whilst running for trains or forgets to buy tickets for said trains then has to bat her eyelashes at the ticket inspector to avoid getting a fine. 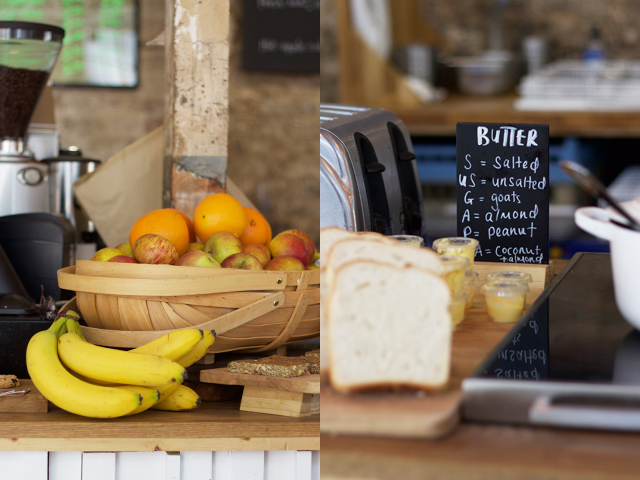 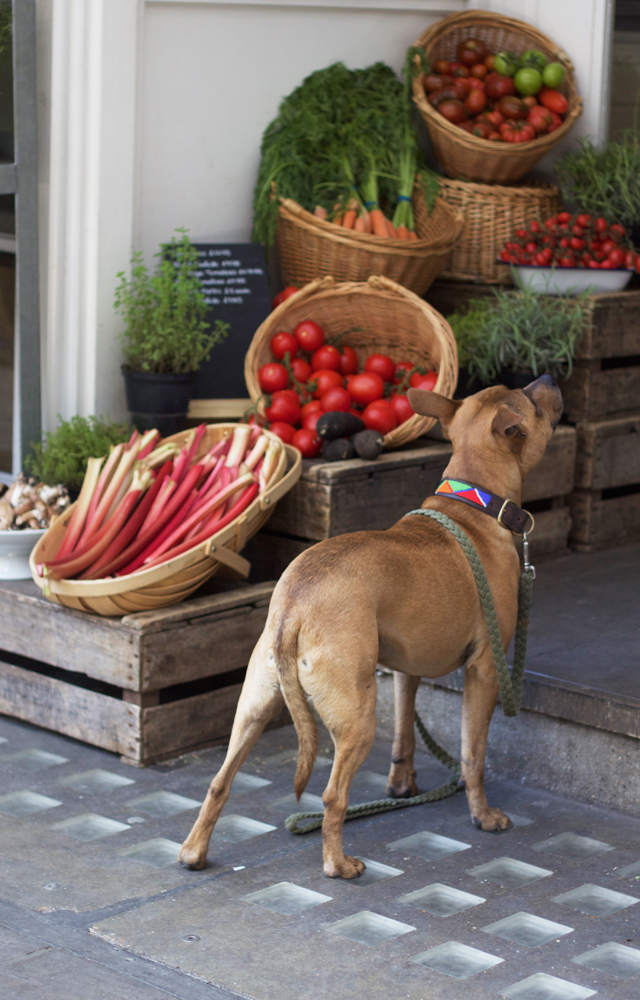 What’s next on the agenda to discuss? Oh yes, puppies and babies! I’m feeling clucky and would like some (of each, though probably not simultaneously), essentially. And also some chickens, and maybe a horse. I’m going through a ‘let’s have a smallholding’! phase- can you tell? I opened Jason’s phone the other day and found he’d been researching sheep farming. I mean, at least we’re both on the same page, even if that page is coloured in all fanciful and ridiculous and nonsensical. Speaking of colouring, I’m still making my way through that colouring book I told you I’d bought a couple of weeks ago. I’ve moved onto *shading* now. That’s right. Pretty impressive, isn’t it?

Lastly, weddings! I was talking with Jaclyn the other evening on Twitter about how weirdly, the smaller our wedding related to-do list becomes, the more stressed about it I feel. I think because it feels like perhaps we’ve forgotten something, or made some horrendous oversight, or maybe it’s just that in all honestly I actually lost the wedding to-do list itself about 4 months ago, and so am relying solely on mine and Jason’s collective brain power (HA!) to make sure we actually *don’t* forget anything. The wedding anxiety dreams are still here, largely still centring around some sort of panicked rush on the morning of the wedding, though just one that involved me realising that Tania and Freya hadn’t to the wedding. I don’t think I need to worry about that circumstance one bit though, since if I know one thing about my friends, it’s that if they’re given opportunity to eat burgers and toast marshmallows, they’ll be there with bells on ;)

And now, actually lastly (not like the last time I wrote ‘lastly’ at the start of the previous paragraph, which was quite clearly a lie), I should probably give these photos some context.

They were taken during an admin-y kind of day spent in East London with Tania on Tuesday, that involved a few hours spent blasting through emails in the Albion cafe whilst on a caffeine high, a lunch meeting over in St Katherine’s Dock, and then a trade off of photo-taking in the afternoon. Turns out though, sometimes it’s just not sensible to take photos with someone who sets you off laughing and encourages you to pull faces and prance around like a fool in front of a camera. You wind up with photos like the below, which look more like stills from some modern dance piece (I was going back to my roots, I guess!) instead of super slick and uber-Pinable blog photos. What can I say? We’re just too good an audience for one another ;) (I should say that it was the model’s fault, not the photographer’s. The photographer was a total pro. It was the other party who let herself down. The worst of the photos will never been seen on the Internet, and for that you can thank me.) 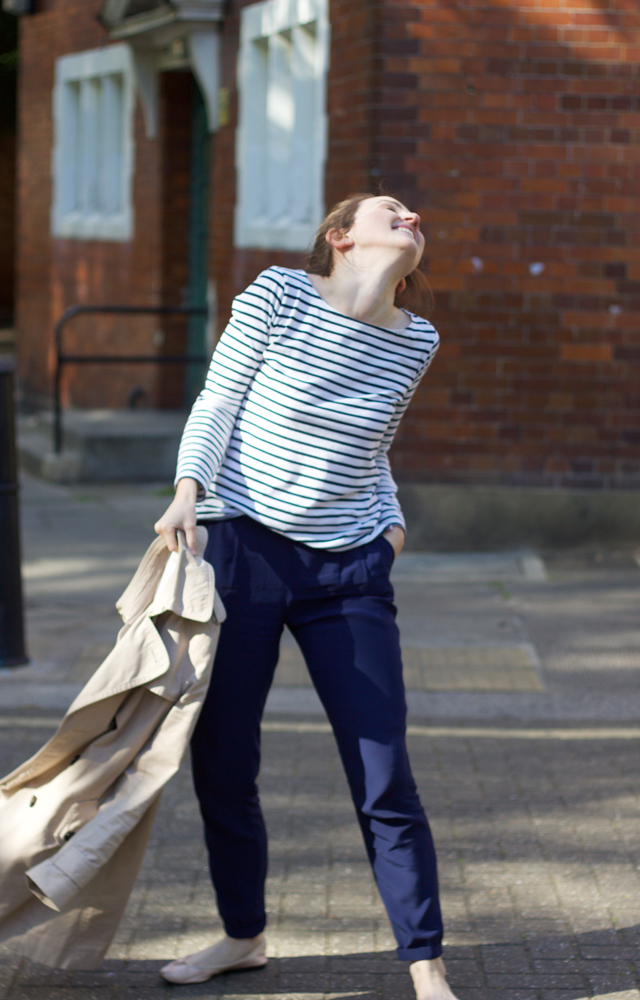 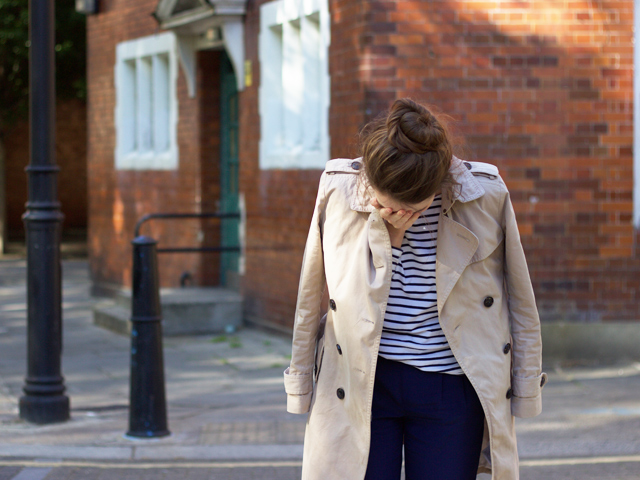 Oh MY it felt so good to write! Guess I needed it too, because we’re 1200 words in and still going.

Now, what’s new with you? Are you doing thrilling things like I am today, such as purchasing mops and arguing with your significant other about whether straight or rotary washing lines are better (I say straight, Jason says rotary, you’ll likely not care which is totally understandable)?

Fill me in on what’s up!