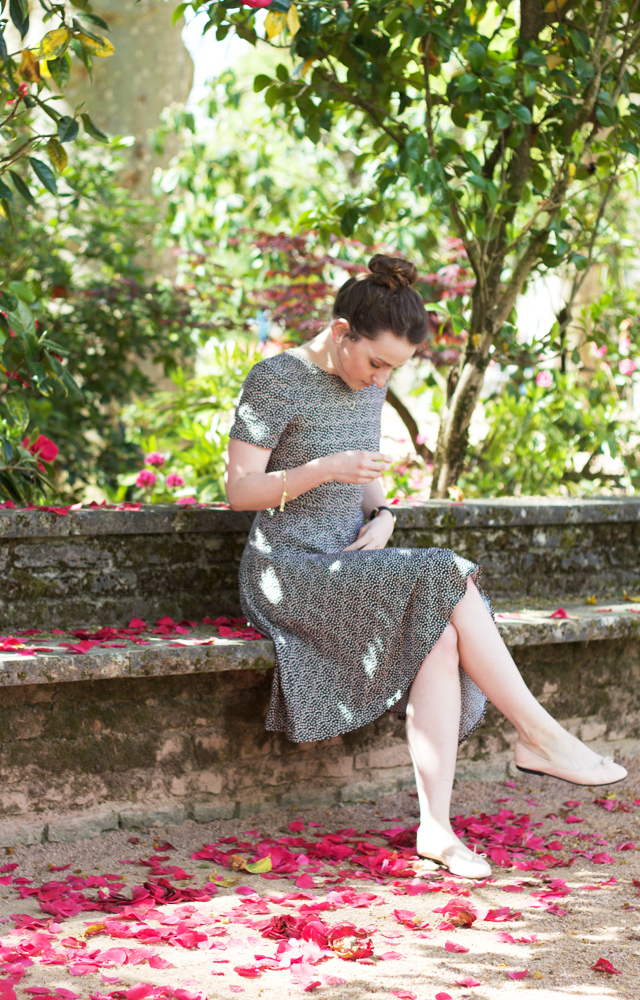 My final jaunt in the Dordogne Valley was to a beautiful village called Turenne. In fact, the village is so very beautiful, it’s actually been named one of France’s top five most picturesque villages!

Before we get to talking about Turenne though, can I take a minute to talk about something completely silly and unrelated to all things travel, but that made me so very happy last week it was quite ridiculous? Namely, the dress I’m wearing in the photos above. I picked it up from H&M in Selfridges back in January, and have been d y i n g  to put it on ever since! It’s the lightest, most feminine dress I think I’ve ever owned, and I kind of want to wear it every day from now until the weather turns cold again. And the good news is that I popped into H&M looking for new gym clothes last week, and happened to spot the exact same shape just in a different print… 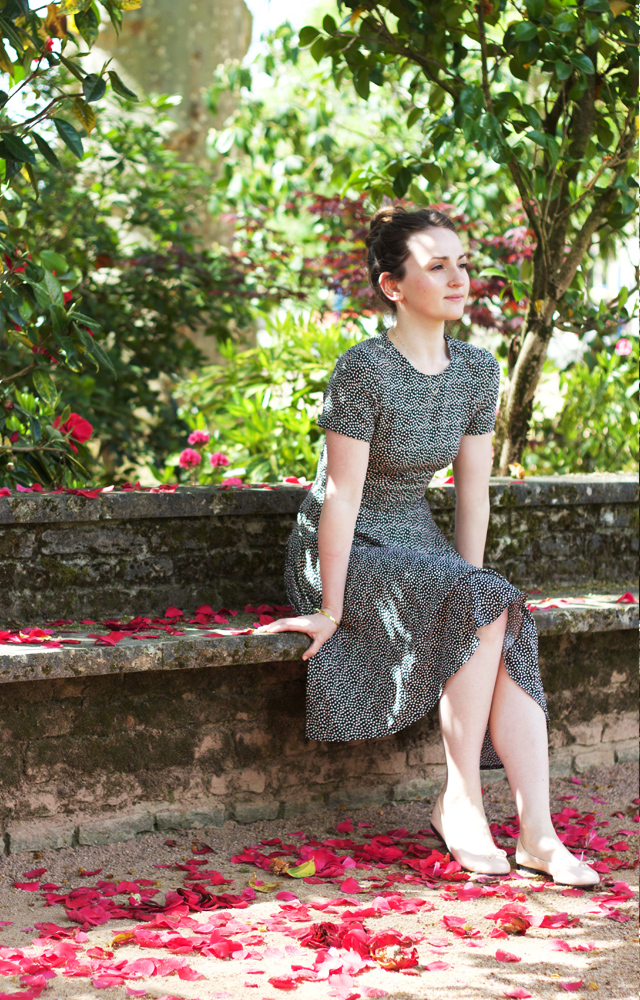 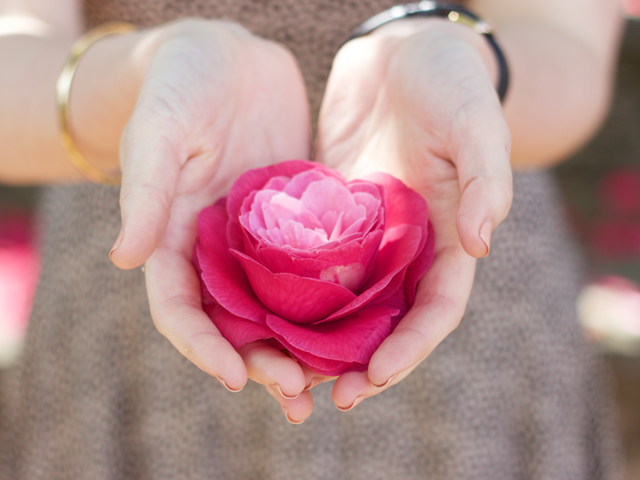 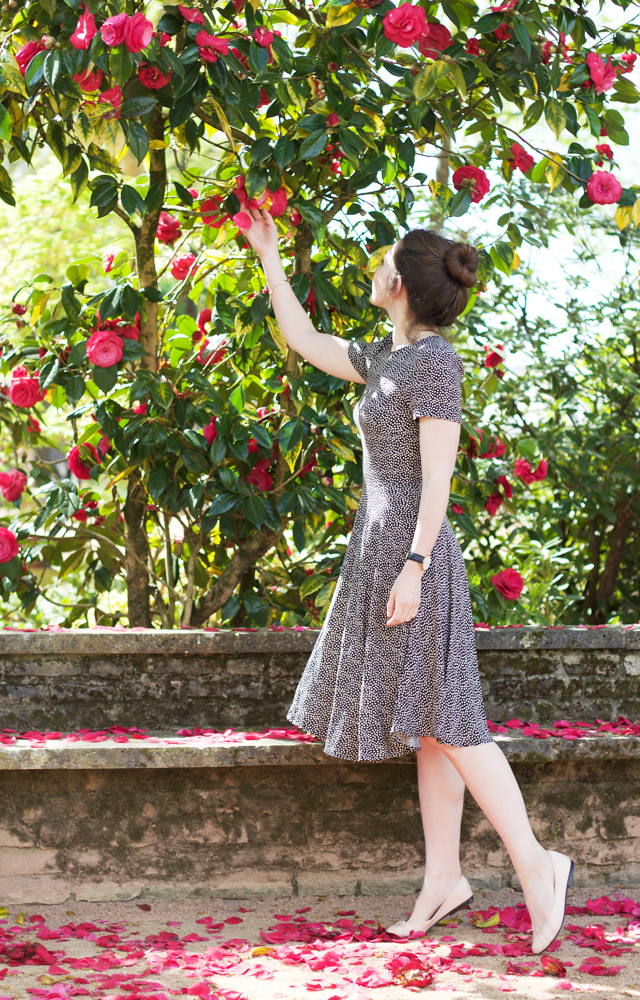 So, to Turenne! The village is about twenty minutes outside of Brive, set in the lush countryside that surrounds the town. The landscape is completely stunning- all rolling hills and winding lanes and bright green fields dotted with the golden Limousin cows that’re native to the region.

Turenne is set high on a peak overlooking a valley, and we were told by our guide that the mount on which the village sits actually used to be an island! In fact, there are fossilised scallop shells in the stones that make up walls all over the village, and in the valley just below, there’s apparently an area containing so many shell fossils it’s been dubbed the ‘scallop graveyard’, and is a hotspot for archeologist and historians.

The village itself has been in place, in some form or other, since the 12th Century. I found it completely charming- the lanes and alleyways were steep and winding, the homes all shutter-clad and slate-rooved, and the views were out of this world. In fact, with how strongly parts of the village and the surrounding area resembled GofT’s King’s Landing, it really did feel out of this world at times! 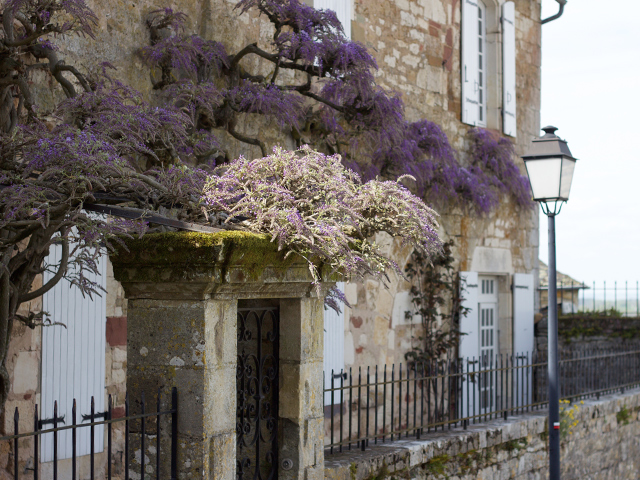 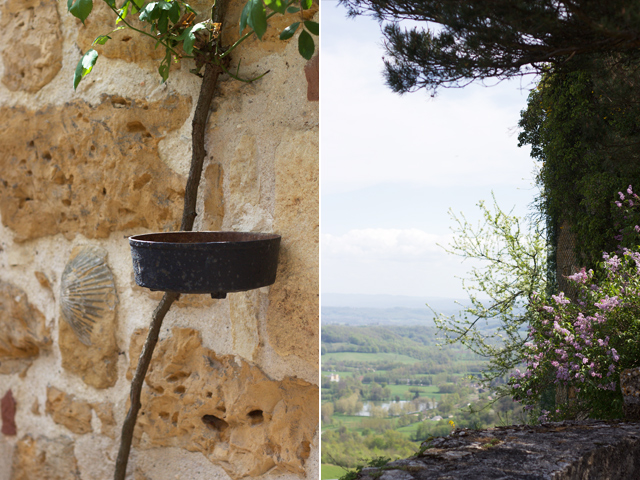 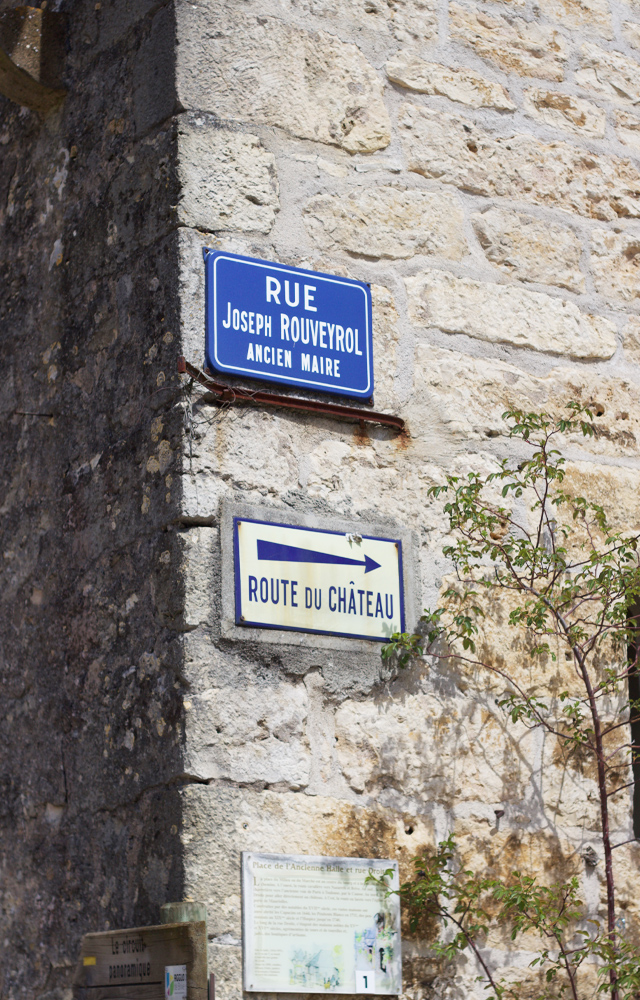 The climb from the bottom of the village to the very top of the castle only took around twenty minutes or so, and was worth the effort on my quads which still were aching from rockclimbing! The view from the castle was incredible- miles and miles of rolling countryside, and mountains in the distance. The weather was just perfect too- warm enough to bask in the sunlight and gather a few new freckles on my cheeks, but not so hot it made the climb up an agonising one. I could’ve stood there for hours just enjoying the view and the sun and the smell of grass wafting up from the valley. Speaking of the valley too, apparently often on cool mornings, the whole of the valley fills with fog right to the bottom of the castle, and so standing at the edge of the castle courtyard overlooking the landscape feels like sailing on a sea of fog. Can you even imagine how incredible that would be? I’d so loved to have seen it!

Marian, our guide, told us that it’s mainly the older generations of families who still live in Turenne, and that all of them, even those in their eighties and nineties, still walk up and down the steep passageways each day! I can’t think of a more beautiful place to live in old age, really I can’t! The village bears the marks of being both Catholic and Protestant, and we learned that it was one of the few places in France that provided a safe haven for people of both religious beliefs during the conflicts throughout history. In fact, it was the history of the village I loved most- I’d have happily picked Marian’s brains for hours about the site’s past! If you ever find yourself in the area, I’d wholeheartedly recommend taking a guided tour. 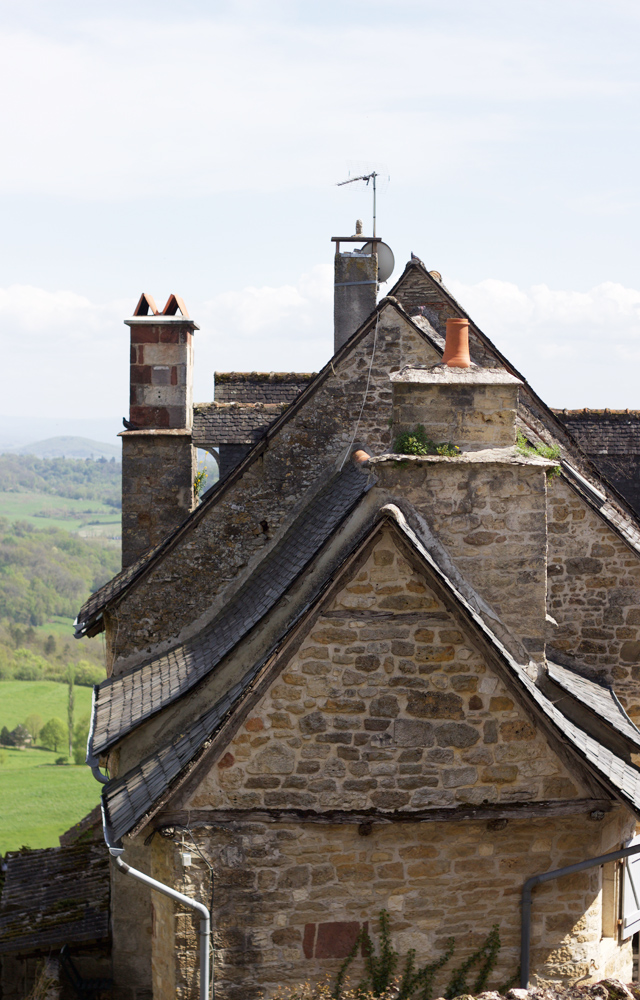 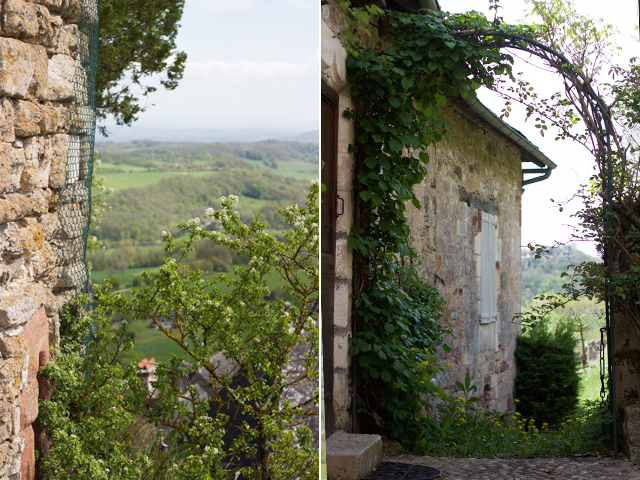 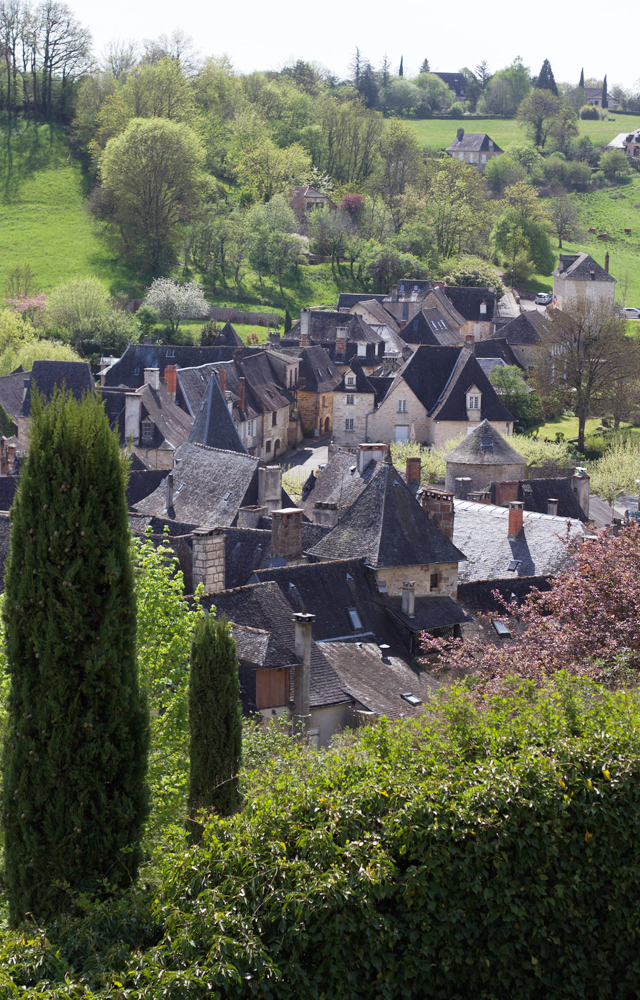 Visiting Turenne made me realise once again how much I love being in the countryside. Up until maybe 18 months ago I still had a slight hankering for city life, but more and more, I can’t imagine ever wanting to live anywhere other than the countryside. I think it’s the peace of being somewhere rural that feels so completely refreshing. In my dream, our next home will have enough outdoor space for me to have a few chickens and maybe a vegetable patch too. We’ll be able to leave the house and walk straight into fields with Ted, but still be close enough to the city that I can hop on a train and be back in amongst it all. My daydreams do also secretly involve having ducks and maybe a few sheep too…but we’ll take that one step at a time! ;)

After getting our fill of the view, the fresh air, and the sunshine (which turned out to be not nearly enough, after coming home to a frosty-aired UK evening!), we headed back to Brive airport, said our goodbyes to lovely Karine (our guide from the Brive tourism board), and boarded our flight back home.

I can’t tell you how much I enjoyed the trip to Brive. It’s the most stunning area, and couldn’t be more perfect for anyone wanting to explore an area of France that feels welcoming and warm to visitors, and yet also beautifully untouched. It’s the very best of both worlds too, with Brive itself being quaintly urban, and the surrounding rural areas so lush and peaceful. The food’s incredible (we ate at more Michelin-starred restaurants than I could ever have dreamed of!), the people are so incredibly proud of their region and keen to share its secrets with visitors, and the scenery is worthy of a thousand photographs. Most definitely an area to consider visiting, next time you’re looking for some new corner of the world to explore! 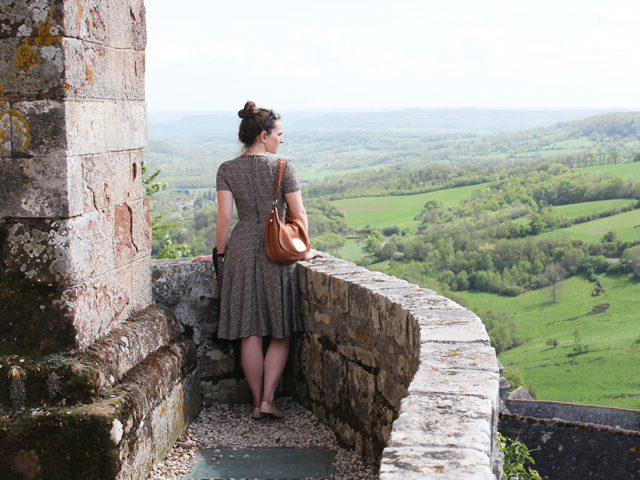 I’ll be putting together a video of some parts of the trip I’ve not covered here on Cider with Rosie very soon, so stay tuned to my YouTube channel if you’d like to keep up to date with all things video!

29 Comments
Posted in SPRING, TRAVEL
Read from the beginning >