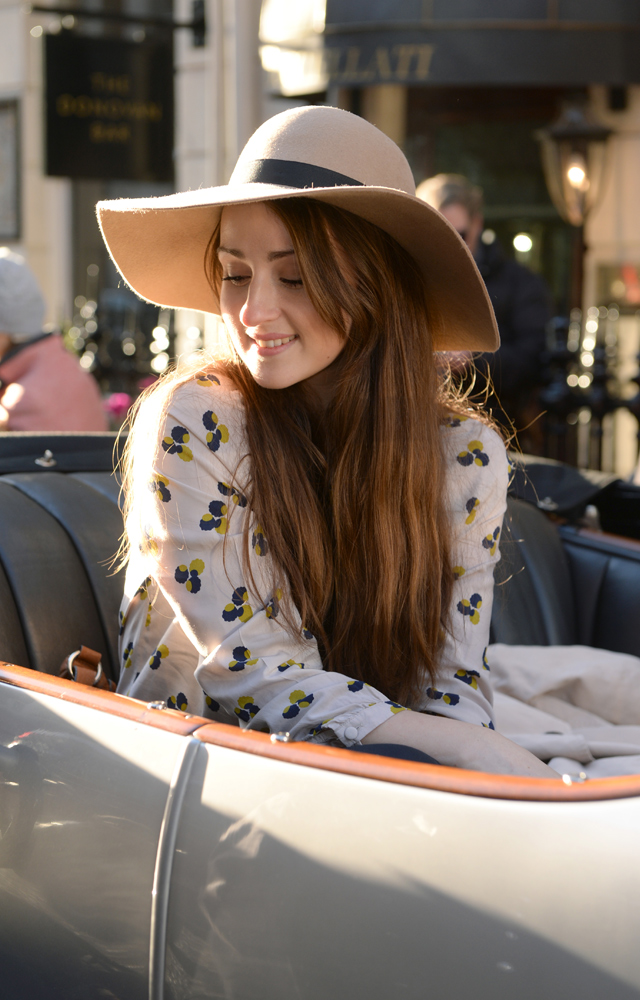 You know those articles that go round and round the internet, ’10 ways’ this, ’25 times’ that? The type of articles that we read on Buzzfeed, and then three weeks later pop up in our Facebook feeds via a ‘share’ from our parents? ;) Well, in my imaginary article, entitled ’15 ways in which you know your addiction to Netflix might be getting out of hand’, let me add the following as number 1 on the list- when you mention said streaming service so many times on your blog without even realising you’re doing it, Netflix themselves clock that you’re kind of a huge fan! ;) Because that, my friends, is precisely how I found myself in London on the ‘Netflix Catchup Tour’ early last week!

Netflix invited me and a few other bloggers and journalists up to London last week for a couple night’s stay at the sublime Brown’s hotel, to celebrate the release of Season Two of Mr Selfridge! The trip was a total whirlwind and full of so many exciting moments it’s hard to know where to start explaining it all!

I always find that getting the chance to learn more about companies I admire is my always very favourite thing about these wonderful press trip experiences. As a consumer, I suppose I tend not to think very often about the amount of man power and planning and technology that goes into making a service like Netflix available. I take it for granted, and forget that there was a time before we had quite *so* much content available to us at all times- seemingly endless choice, whole series at our fingertips, and intuitive suggestions of what we might like to watch or listen to or catch up on next. The freedom and control we have over our entertainment is pretty incredible, when you come to think about it! Remember when we used to have to consult the TV Times pages in the newspaper for scheduling? And when there only used to be four channels, and then, *GASP!* Channel Five arrived! I vividly remember watching my Mum tune in Channel Five on our telly when it first became available- the excitement was real, I tell you! ;) 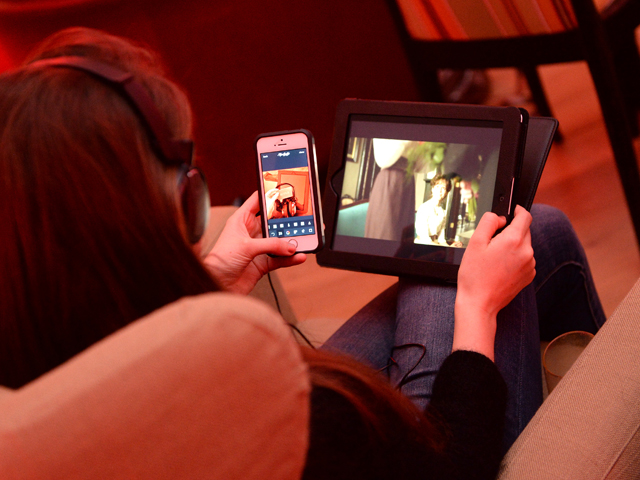 The main focus of the trip was the fabulous Mr Selfridge series, and how Selfridge brought about radical changes in the way we shop that are still in play today. The weekend before the trip I thought it might be fun to sit down and watch a couple of episodes, so that I was up to date on the series. But one episode turned into two, and then three, and then by the time I got to London on Monday evening and settled into an armchair in Brown’s Kipling Room for our ‘silent screening’, I was on episode nine of ten! In fact, when the screening was finished and we were invited through to dinner, I’d just got started on the final episode of Season 1 and was, for probably the first time in my life, reluctant to go and eat! ;)

^^ Multi-tasking at the silent screening! Netflixing, and pre-Instagram editing. You know how it goes ;) ^^ 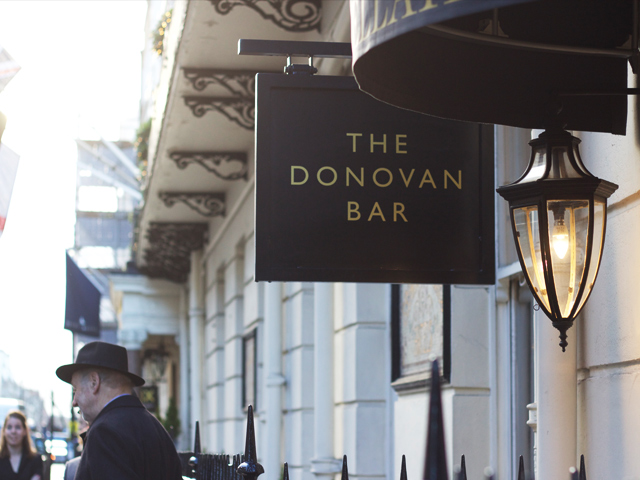 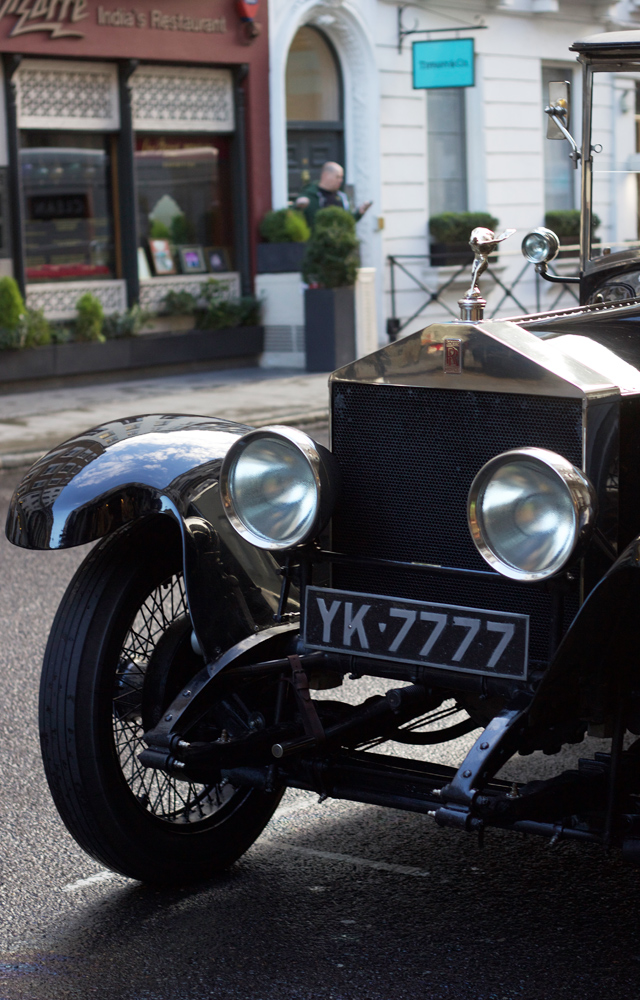 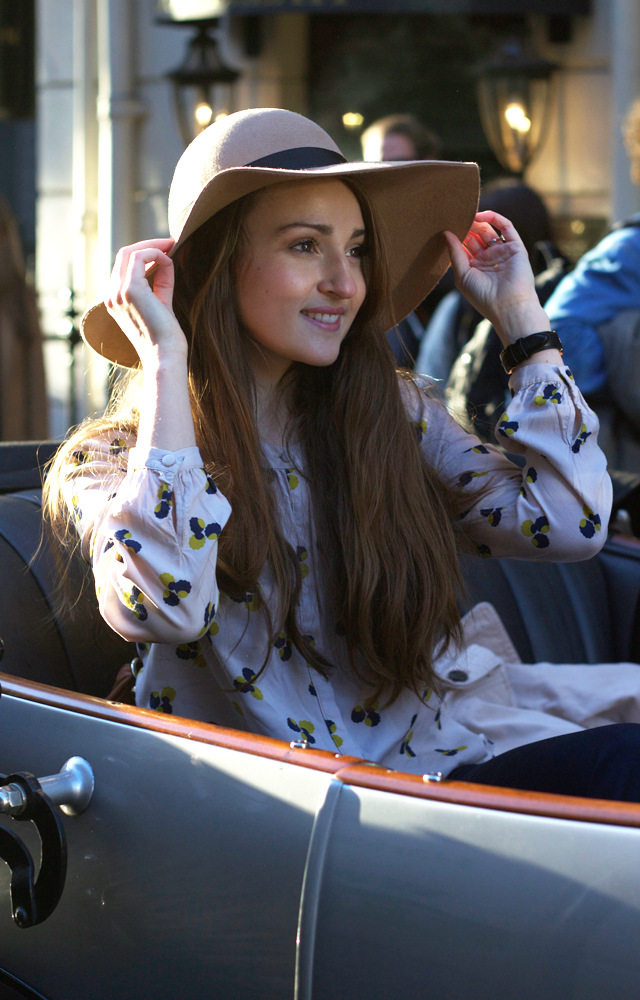 On Tuesday morning, after a night’s sleep in the world’s most heavenly bed and then breakfast in the hotel, we were met outside Brown’s at 9am sharp by a row of vintage cars. They were some of the most beautiful cars I’ve ever seen (the old Rolls Royce ones especially!) and totally made me rethink my ‘I really don’t want a vintage car as wedding transport’ stance! Milly and I hopped into the back of the Rolls Royce (after snapping a few photos, of course), and were whisked away over to Covent Garden to begin our tour of ‘Mr Selfridge’s London’! 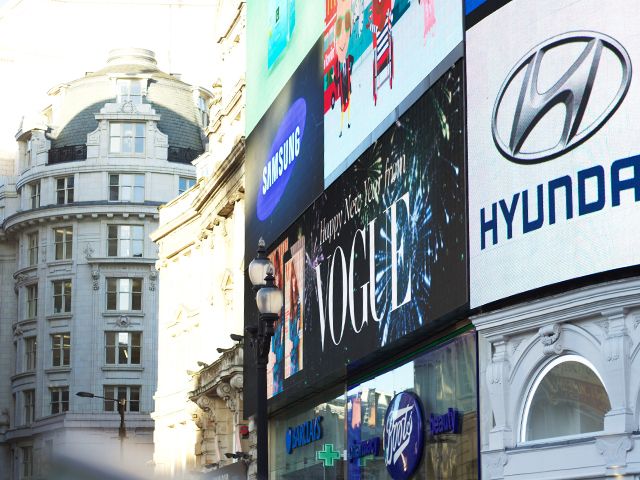 ^^ The contrast between centuries old architecture and brand new buildings and shops and innovations is one of my favourite things about London, and so looking up at the huge billboards in Piccadilly Circus from the back of a vintage car was kind of a dream! ^^ 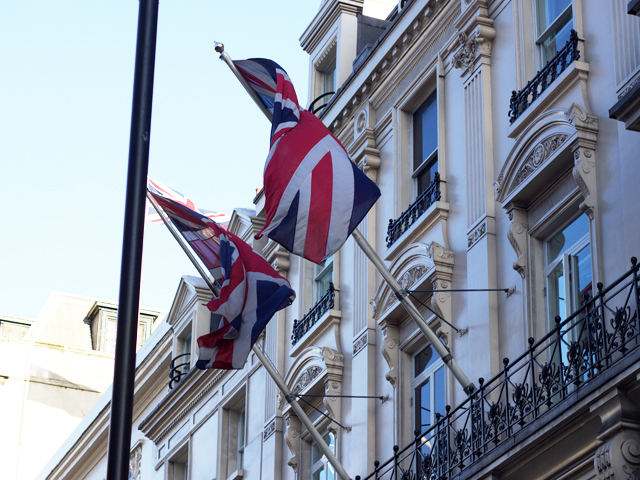 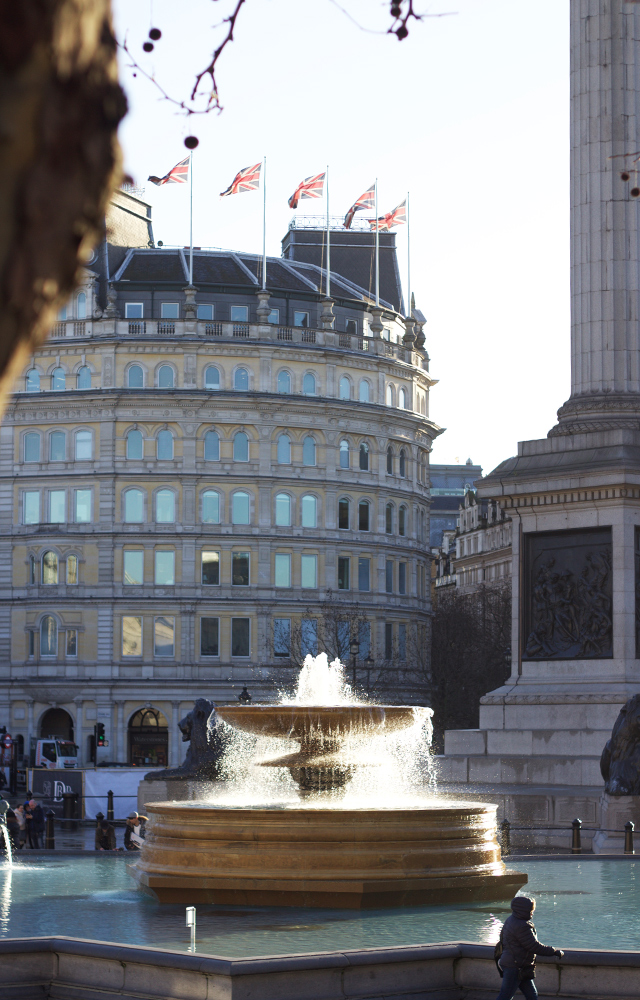 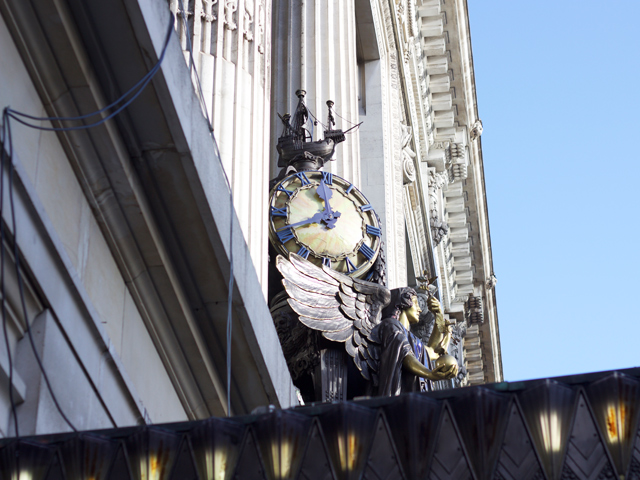 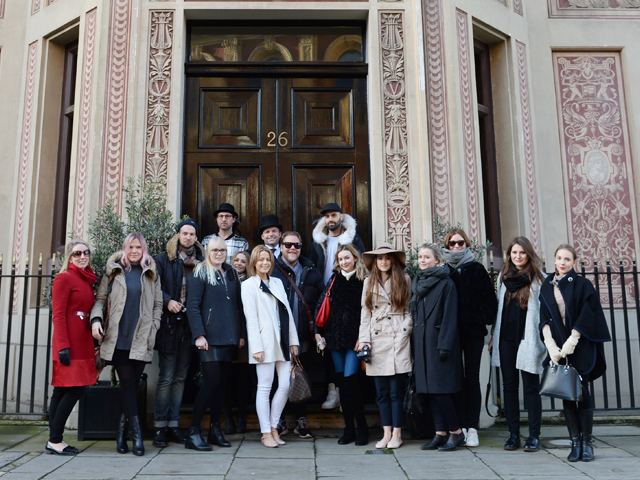 The tour took us to some of the filming locations used in the Mr Selfridge series, and Lisa, our tour guide and an expert on Regency London, was on hand to tie in the fictionalised Mr Selfridge with his real life counterpart! We visited Lady Loxley’s household, the Theatre Royal on Drury Lane (where Mr Selfridge began his affair with gaity girl Ellen Love- the scandal!), and fans of the series will recognise the building above as the Selfridge home. Sadly it was an exterior filming location only- in a dreamworld, we would’ve been able to go wandering inside and perhaps get chance to snoop round Mrs Rose Selfridge’s wardrobe!

The tour rounded off at the famous Selfridges store itself, where we were whisked inside out of the chill for a few happy hours spent enjoying afternoon tea and a little shopping too. So you see, it was sort of the best! More photos to come tomorrow, because you didn’t think I’d mention an afternoon tea and *not* share photos, did you? 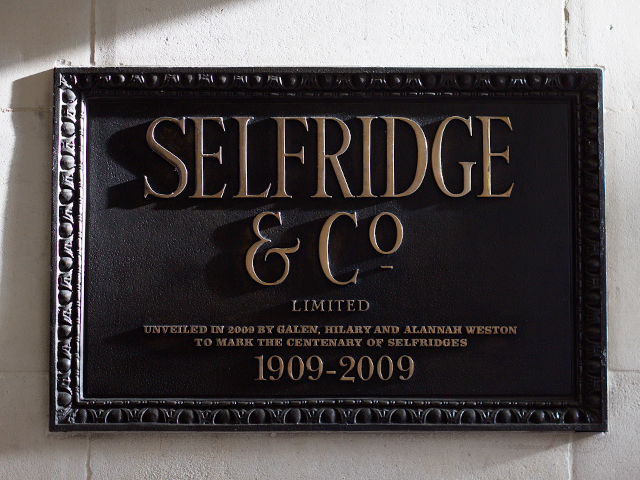 Fans of Mr Selfridge- are you as excited as I am for the release of Series 3? I’m kind of tempted to wait for it to be released on Netflix, so that I can set aside a weekend for watching the whole series in back-to-back episodes!

** Photos of me taken by Doug Peters. 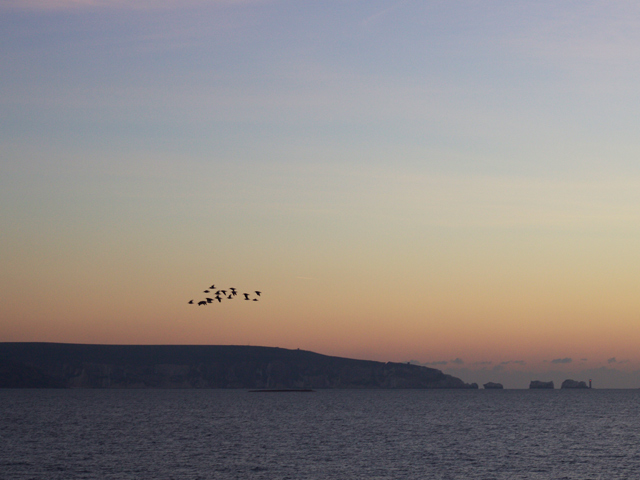 I know I normally do a little post about advertising right at the beginning of the month, but what can I say! January is just slipping away from me!

One of my very favourite things about the past year was discovering so many incredible new blogs, and sweet bloggers, through the spots in the sidebar here on Cider with Rosie. So many of them have become daily reads both for me and the lovely readers of Cider with Rosie (I know thanks to all the lovely comments and tweets that tell me so!), and I’m so proud of the amount of people who comment on the sense of community on this blog.

If you’re considering advertising, please do hop over and have a little read of the testimonials on my Sponsor page to see what past advertisers have said about their experience! Jennifer advertised on Cider with Rosie throughout December, and said ::

‘I’m so happy with the advertising package I took up on Cider with Rosie! It’s already increased my following and most importantly introduced me to some lovely fellow bloggers who might not have reached out otherwise. So I just wanted to say thank you! It’s always a pleasure to read your blog and even more of a pleasure to see myself on it. :)’

And for the rest of this month, I’m really excited to be offering 15% off ALL advertising spaces! Just enter ‘HAPPYNEWYEAR15′ at checkout to nab a code! I’d be a pleasure to get to know your blog better :) 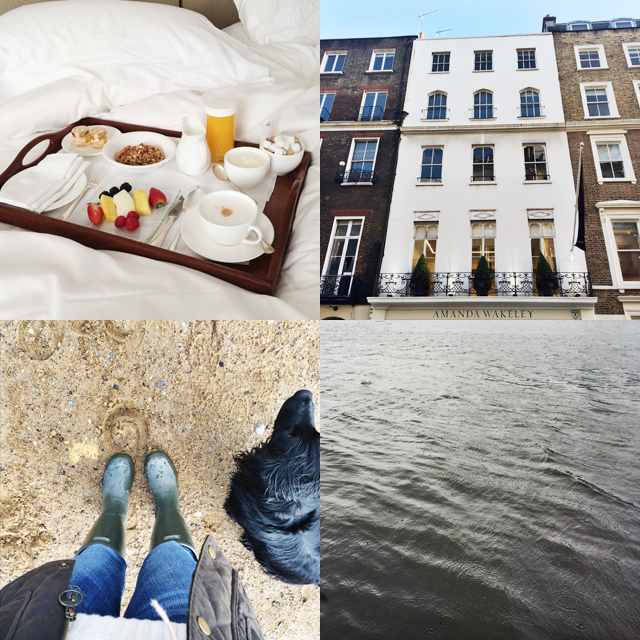 GOOD NEWS! After approximately one million hours of deliberation- I’m exaggerating, but not as much as you’d imagine- Jason and I have finally booked our honeymoon! We went back and forth with ideas, talking about Italy, then maybe an Italy-Greece combo, then the Maldives, then Canada, then New York, then Thailand, and then finally, (finally!!) we settled upon it. Drum roll… ** Koh Samui ** it is! We go two days after our wedding (we’re giving ourselves the day right after the wedding to relax a little and take it all in!) and could NOT be more excited! We keep sending little ‘oh my goodness I can’t believe we’ve finally booked it!’ texts back and forth, and I’ve already started shopping for new bikinis online. Hurrah! So, that’s the major excitement from this week! Here are the littler things that’ve made this week a good one, too…

1. The magic of a good hotel stay. Even though I’m always glad to come home to my boys, room service and plush king size beds and freshly squeezed orange juice and giant dressing gowns are always such a treat!

2. Realising quite how ingenious our dog is. Teddy’s learnt that if he spots another dog sitting in front of its owner whilst we’re out walking, there’s a pretty good chance that treats are being handed out. So he’ll run over, park himself next to the dog, and look up at the owner expectantly doing his very best puppy dog eyes. I always apologise for his cheek and call him away, but 9 times out of 10, he’ll have got himself a treat because his sweet face is just too hard to resist! That dog…

3. Adding a few new pieces for spring into my wardrobe! I won’t be able to wear them for weeks, but I’m happy they’re there anyhow.

4. Wednesday pizza night! Always a good day when Jason gives in to my endless pestering for a pizza evening ;)

5. Warming up with a cup of tea post-dog walk. The best! Especially when said tea has a shortbread biscuit to go alongside it.

6. Getting to the fun part of wedding planning! It’s all about the flowers, bridesmaid dresses for the little ones, colours and invitations now!

7. A caramelised goats cheese and walnut salad that blew my mind.

8. Seeing my married name written down right next to Jason’s on our honeymoon booking confirmation! I may or may not have cried ;) It’s the most exciting thing!

9. Getting caught in a little rain storm whilst halfway round the lake on Thursday morning. Watching the storm blow in across the water was so beautiful.

10. Binge watching the final series of The Office! We’ve been waiting for it to become available in the UK for ages, and have been averaging about 5 episodes a night for the past couple of days! So much for not leaving the telly blaring, hey? ;)

Three posts I’ve loved reading this week :: Tania’s ‘matters of the heart‘ (so very honest, and so very beautiful) || these photos of a mini urban garden centre || and this post about coffee by Garancé, which is really an ode to coffee by Garancé ;)

What’s made it onto your happy list this week? 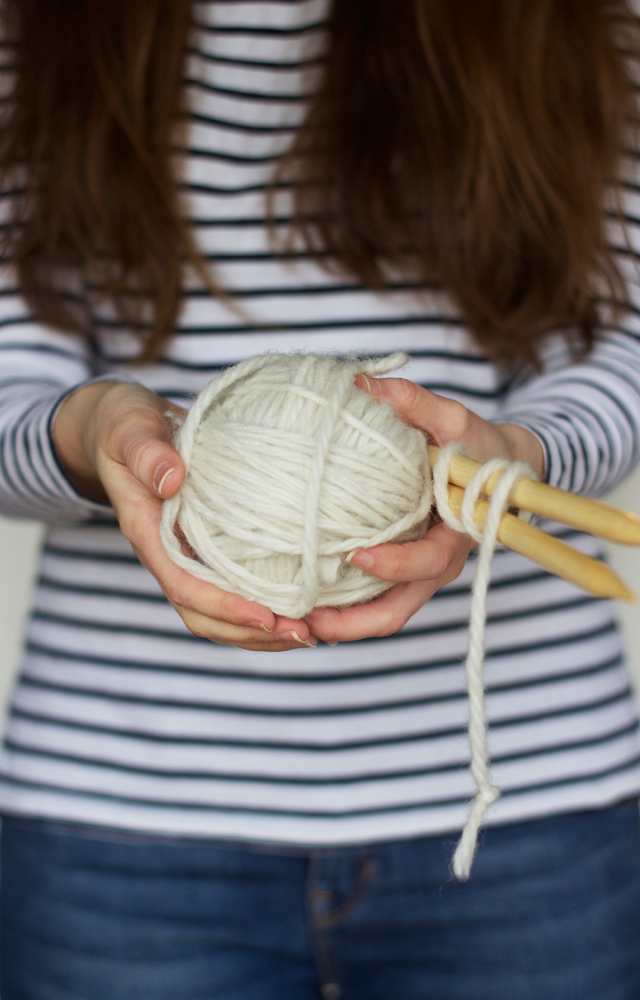 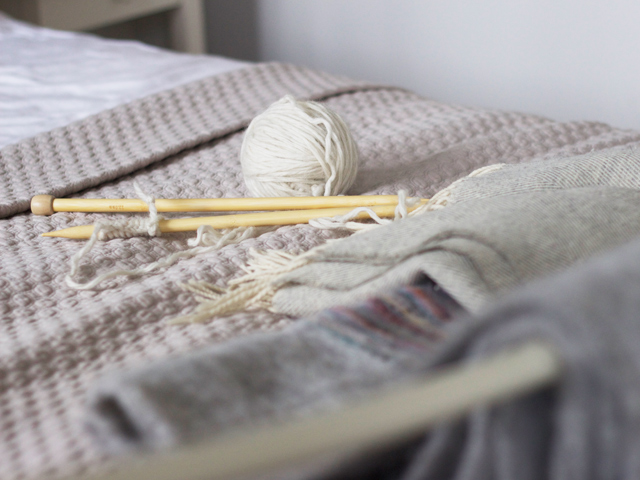 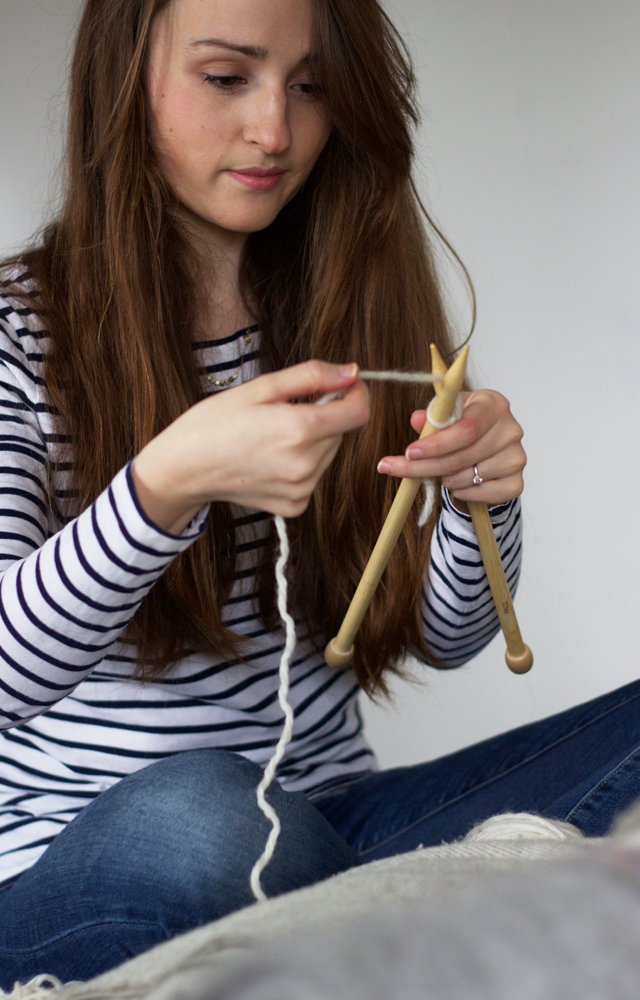 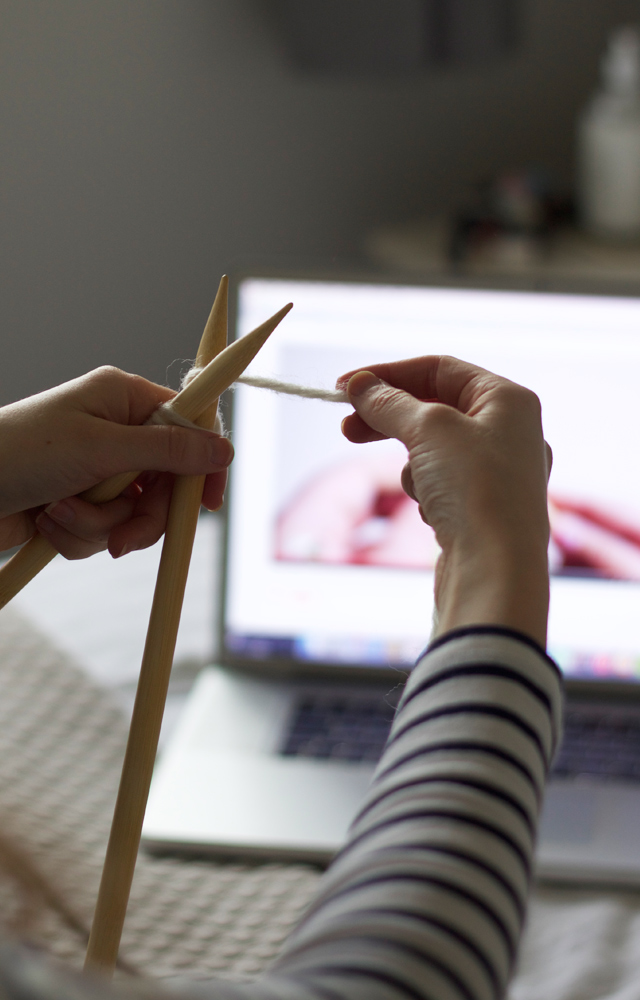 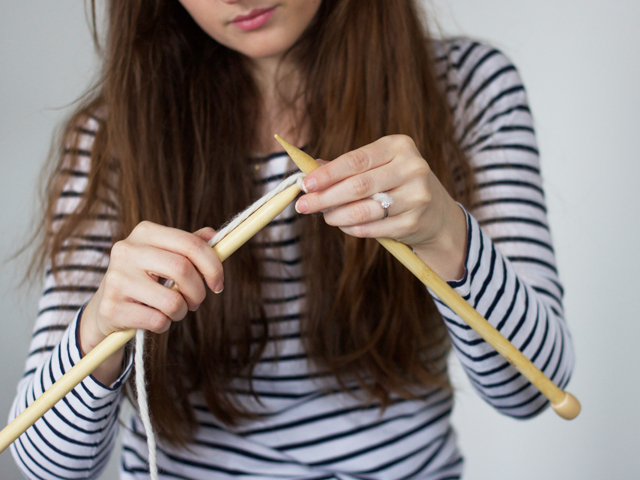 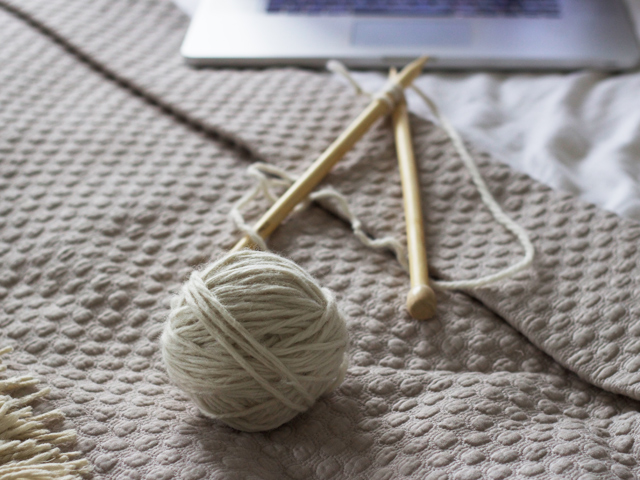 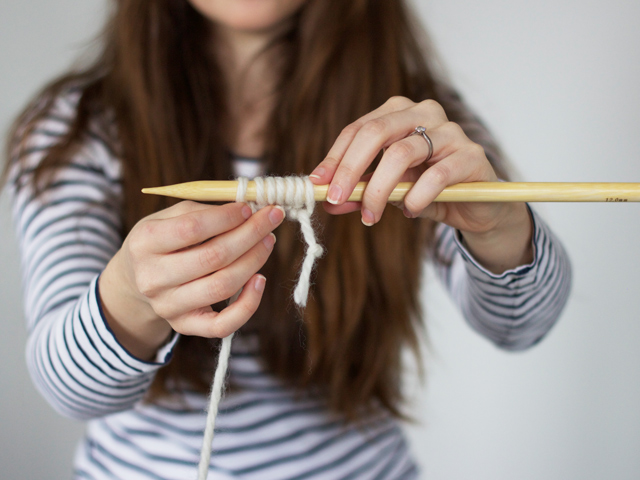 During these cold winter months whilst the days are short and the evenings draw in far quicker than we’d like, the time is ripe for picking up a new skill, or, as I am, rediscovering an old one.

Though it can be tempting to switch on the television at 6pm and leave it blaring away all evening (we do, frequently), for a little serenity, I find there’s nothing lovelier than listening to a favourite soulful album instead, whilst working away at something practical. For me, the focus of my winter evenings will be knitting. I took a course back in summer with Siobhan, and since then let all my newfound knowledge slip away until I was sure I would have to book in for another masterclass! I’ve found though that knitting is a little like riding a bike, in that you never really truly forget how to do it. Especially not when YouTube’s on hand to provide a tutorial or two, anyhow…

I unravelled all my previous efforts (they were looking a little shabby-not to mention dusty- after lingering unfinished for months on end) and now am starting afresh. It’s the loveliest way to pass a cold wintery day- tucked up indoors, layered up with blankets, counting stitches and getting totally absorbed in the task at hand.

If knitting isn’t your thing, why not try mastering the fiddliest but tastiest-looking recipe in your favourite cookery book? Or start to learn vocabulary from a language you’ve always fancied trying out? Or have a go at making bread for the first time, or follow along with a yoga class online? The possibilities are endless! :)

36 Comments
Posted in TRY THIS, WINTER