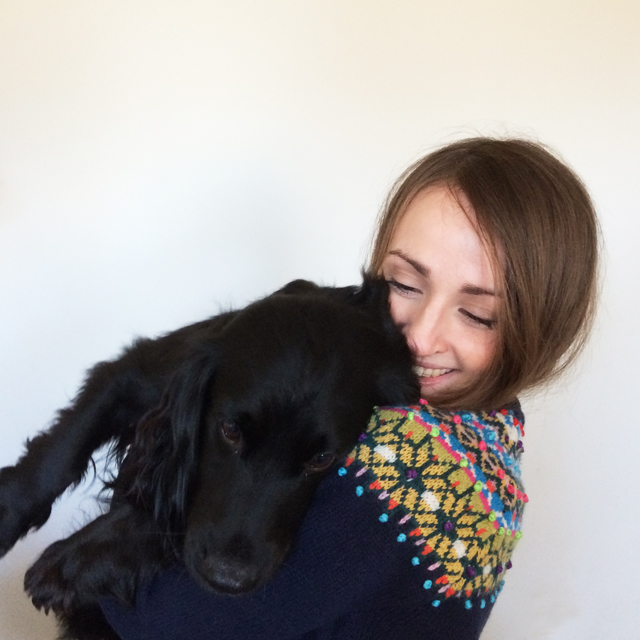 ^^ Snap taken on Saturday, when Teddy was most definitely done with taking Instagram photos! ;) ^^

This week shall be known as the week in which I managed to buy all the food, but simultaneously none of the food. I spent approximately five million pounds at Waitrose earlier in the week, and yet apparently bought such dumb and impractical things (I mean, I bought an entire pheasant, even though Jason gets given them for free pretty regularly by a friend. Why?!) that I’ve been having to conjure up the strangest meals all week. Like leftover broccoli and Stilton with chips. And two of the largest jacket potatoes you’ve ever seen in your life, with a little bit of everything I could find in the fridge dolloped on top. It’s been weird. And also kind of great! Chips dipped in soup has been something of a revelation. Anyway, aside from odd dinners, and spontaneous pheasant-buying, here’s what’s made me most happy this week!

1. Having Ted carry rolls of wrapping paper for me from my car to the house, since my hands were full of shopping bags. Watching him try and work out how to fit through the front door was my especial favourite! ;)

2. Switching on the Christmas tree lights in the morning, when it’s still dark. I look forward to it every day.

3. Surprise flowers from my love {especially since the bouquet contains my favourite ornamental cabbages!}

5. Christmas gifts from the little ones in our lives! Ruby gave me my Christmas present on Wednesday- a little flashing reindeer badge with ‘Rosie’ on it! She picked it out herself, and I ADORE it! Ruby has one too, so now we’re twins ;) And our little niece Sienna made the sweetest Christmas card, wrote a note inside it, and sent it over to us all the way from Canada. We’re so very lucky to have such sweet friends and family.

6. Seeing Ted charge around the woods with his labrador friend on Tuesday morning. He hadn’t seen her in such a long time, but they recognised each other straight away and tore around in the mud and the puddles like loons until we had to part ways. The state of my car though…

7. A rather beautiful set of gold sparkly myrrh-scented tealights I picked up for a bargain in Waitrose on Tuesday. I had three burning within about thirty seconds of arriving home from the shops!

8. Wearing oversized jumpers, oversized scarves, oversized lumberjack shirts…basically I’m all about the comfort at the moment.

9. Afternoon hot chocolate breaks! If not in December, then when? ;)

10. Pregnancy announcements! There’ve been a couple in our family in the past week, and I couldn’t be happier!

Favourite posts of the past week? Jeska’s round up of the best Christmas wreaths || Keiko’s beautifully festive photos || + Freya’s recipe for wild mushroom risotto.

** PLEASE NOTE! I’m currently experiencing a frustrating server error that’s making commenting unavailable on Cider with Rosie- thanks x100 to everyone who let me know about the issue! :) It’s being looked into right now, and I’ll be migrating my commenting system over to Disqus within the next 48 hours if all goes well. Thanks for bearing with me until then! I’ll be on Twitter in the meantime (@ciderwithrosieb), if you fancy a chat! :) **

6 Comments
Posted in 10 THINGS, HAPPINESS
Read from the beginning >