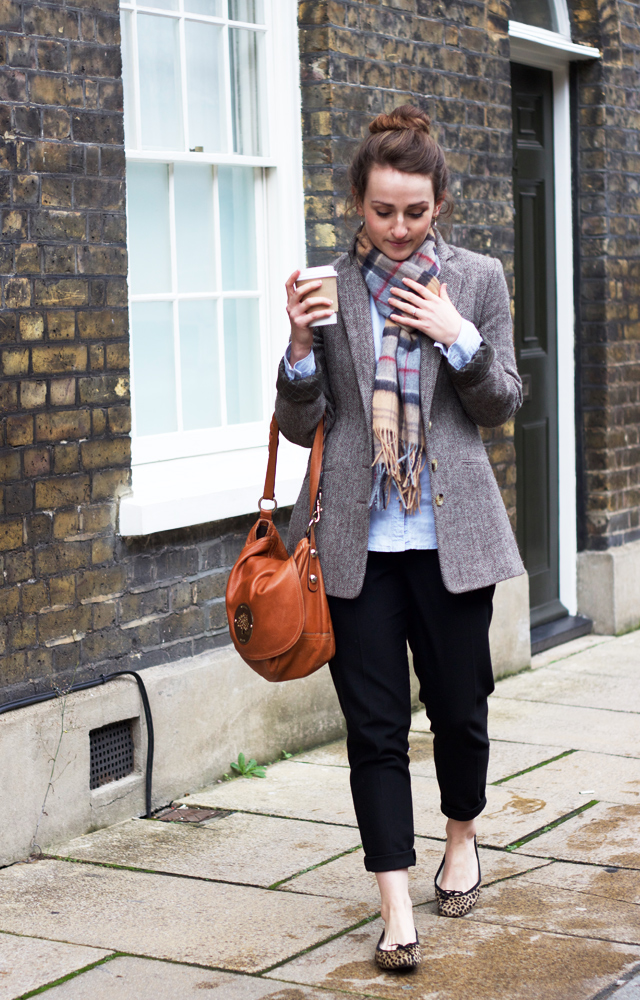 I was scrolling through Buzzfeed just before dropping off to sleep sometime around the beginning of last week, and came across this article that supposedly rounds up the best places in the world to grab a hot chocolate. According to the piece, Konditor & Cook’s hot chocolate is up there amongst the best, and I immediately was obsessed with the idea of trying it out. My darling Freya and I had made plans to meet each other for an hour or so sometime near Waterloo on Tuesday lunchtime, and since when I mentioned it (on our billion-messages long WhatsApp thread) Freya was all ‘Oh my GOD I love that place!’, our date was set. Chocolate-lunchtime-winter-park-picnic a-go! {The title needs refining, sure, but that’ll do the job for now…}

I’d spent the morning in London over New Bond Street-way, at French Sole’s Spring Summer 15 press preview. The collection, by the way, is completely amazing- I could easily have snapped up at least twenty different pairs of shoes there and then! A few of my favourites are on my Instagram just here. Once I was finished oohing and aahing at the press preview, I headed back in the direction of Waterloo and met up with Miss Freya on the corner of one road that look like Coronation Street, and another that looked like real old school Victoria London. Just with a few orange traffic cones and temporary barriers added for good measure. 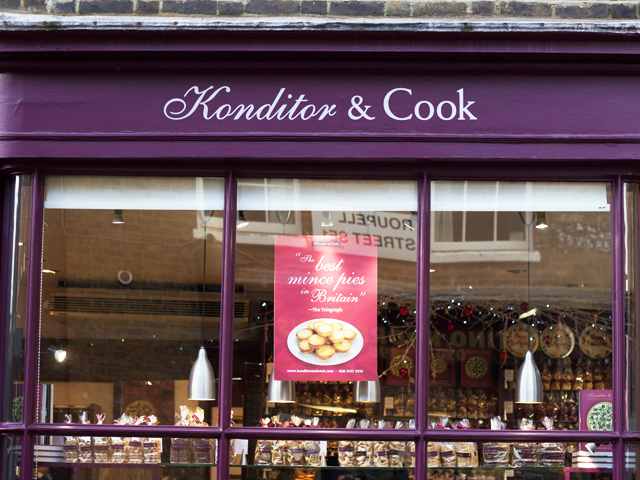 ^^ Obsessed with the purple shop-front! Doesn’t it look like something out of Harry Potter? ^^ 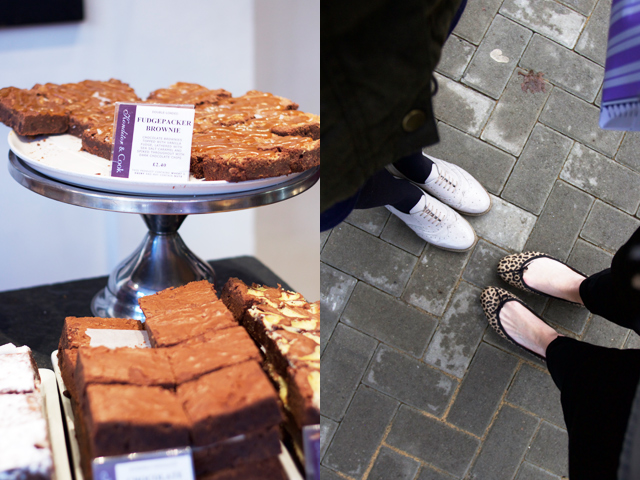 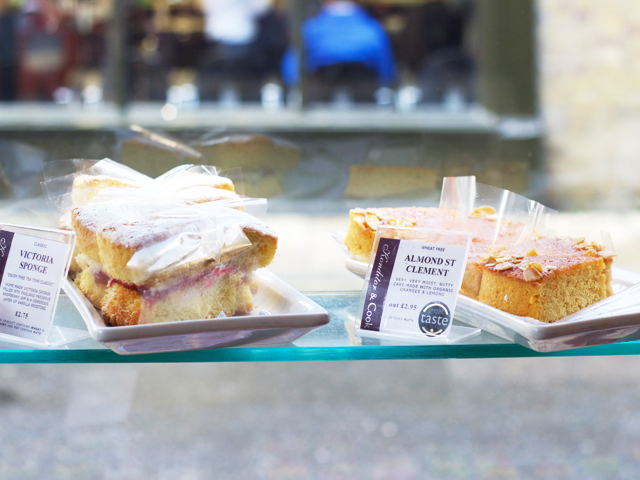 We met up right inside the bakery, loaded up with sweet stuff (a brownie topped with fudge, salted caramel, and stuffed with chocolate chunks, a slice of Victoria sponge, and a hot chocolate a-piece), and then headed out to a nearby park to eat our chocolate-y picnic. The hot chocolates were good (dark and rich, just sweet enough, and not at all bitter), but maybe not good enough to be rated amongst some of the best in the world if you ask me. The brownie though? That was *totally* amazing.

The sea salt caramel on top is what makes it, of course. Of course! In what instance has salted caramel ever been added to *anything* and not made it more amazing than it was before? It was so insanely rich though that I had to save half and bring it home with me for a home-from-London treat. I know. I’ve become a ‘save the other half for later’ kind of person. Disgusted with myself. 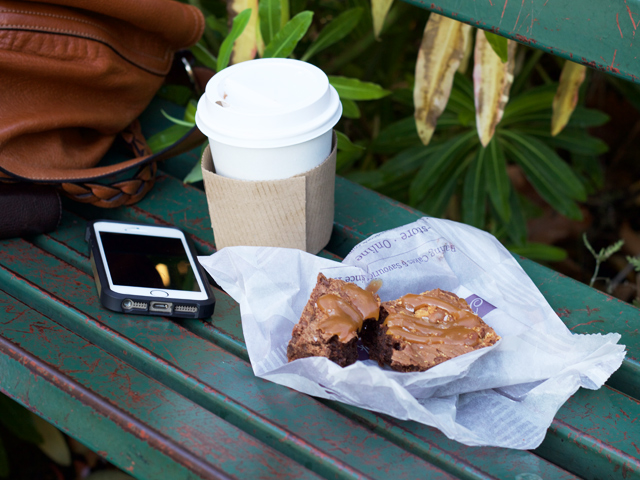 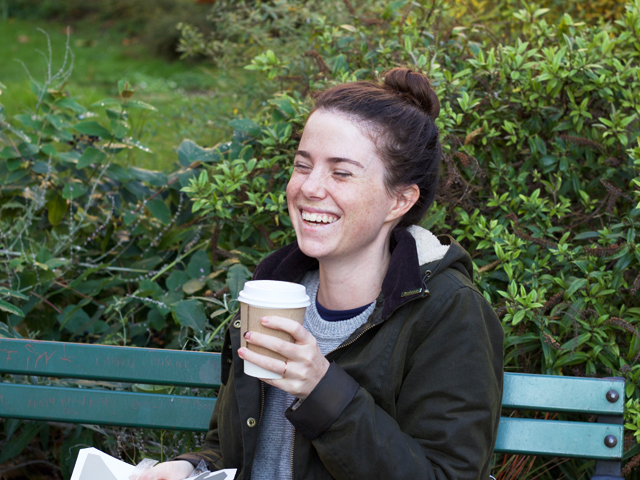 When Freya and I first sat down to our picnic, a crowd of hopeful pigeons came a-begging. We didn’t want to share, so shooed them away. But since Freya’s cake wasn’t as fresh and tasty as she’d hoped, it turned out that the pigeons were in luck and got to share with us after all! What started out as a bit of regular feeding, turned into Freya getting pretty up close and personal with her pigeon friends. I’ll let the photos do the talking…. 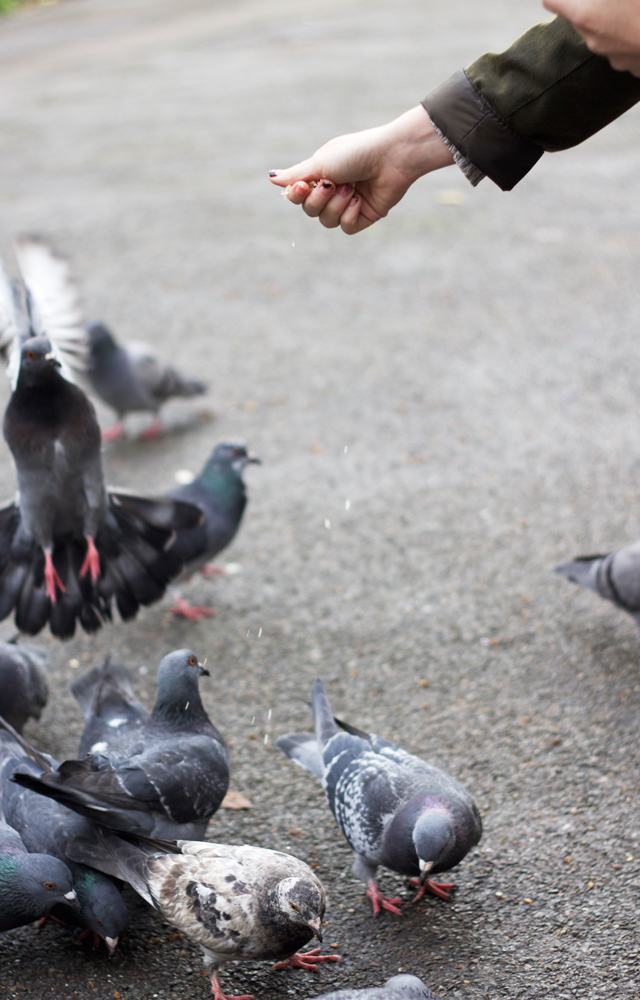 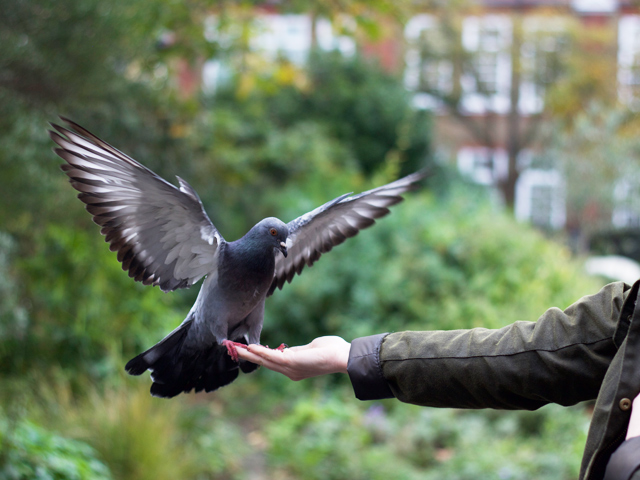 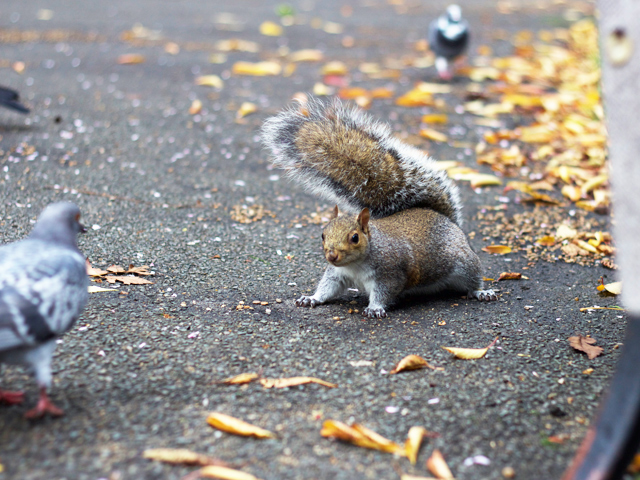 ^^ This little guy ventured over, but wasn’t a big fan of Victoria Sponge. Or the pigeons, for that matter… ^^ 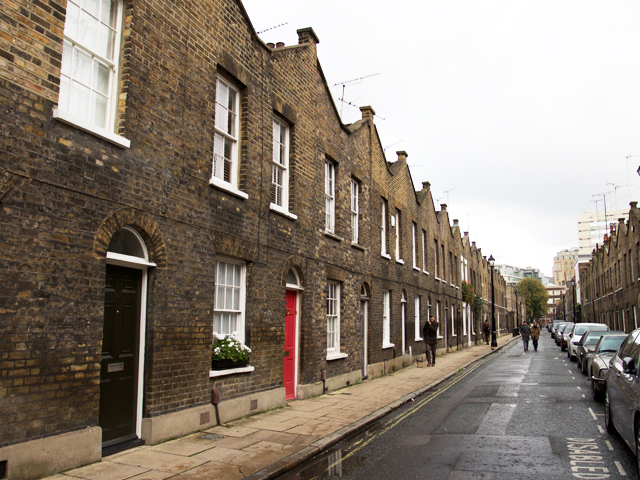 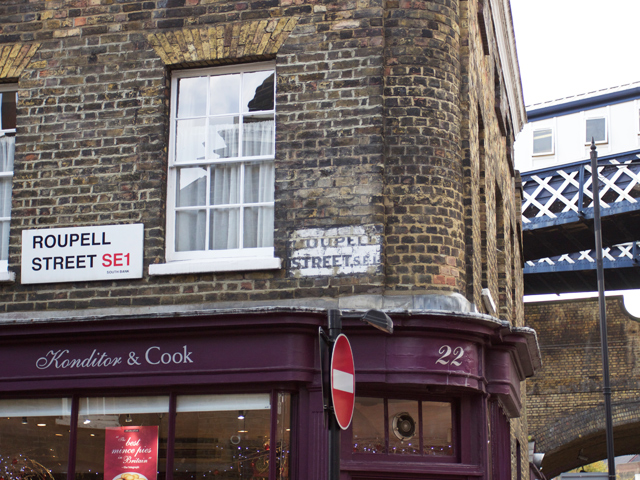 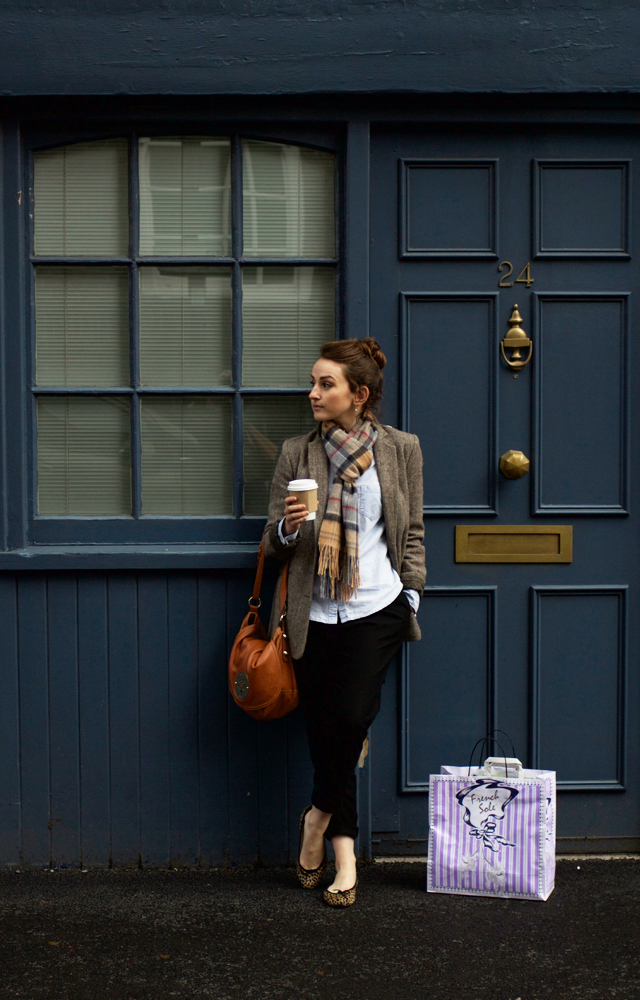 We spent the remainder of our hour together playing photography (Freya had a new lens with her, which has done nothing to help my craving for a new piece of camera kit!), and also talking about everything from weddings, coats, and hair dye, to whether or not you can catch bird flu from pigeons and how stealthily strong the cocktails were that we’d drunk the previous Saturday. And then, just like that, our hour was up and we parted ways. Freya headed back to her office, I meandered back to Waterloo to catch the next train home, and snacked on little broken-off chunks of brownie the whole way back.

If you’re ever in the Waterloo area, promise me you’ll swing by Konditor & Cook for a brownie and a hot chocolate, okay? And hey, K&C- if you ever fancy opening a Surrey branch…I’ll be first in line on opening day!