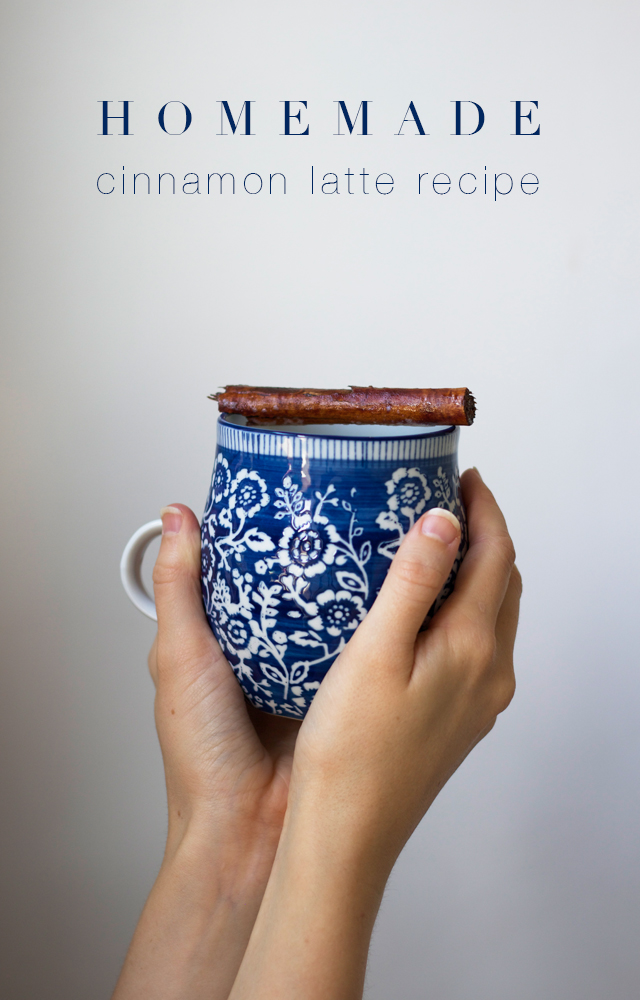 When it comes to coffee-making, things have moved on a bit in our house since my last tutorial. A ROK espresso machine arrived in the post a couple of weekends back (delivered by a delivery man I see so often we’re now on a first name basis…) and has been the cause of a mini-coffee revolution around these parts. As much as I loved my old 6-cup Bialetti stovetop pot, being able to brew just enough espresso for one (sublimely tasty!) coffee is brilliant beyond belief. And it doesn’t hurt that the ROK a thing of beauty, either. Let me tell you more about it… 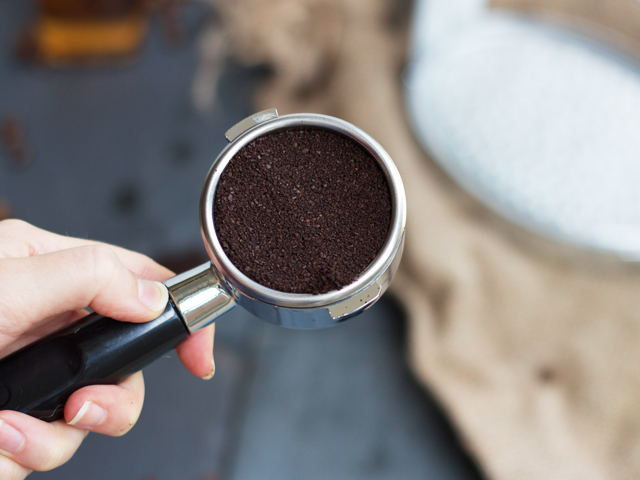 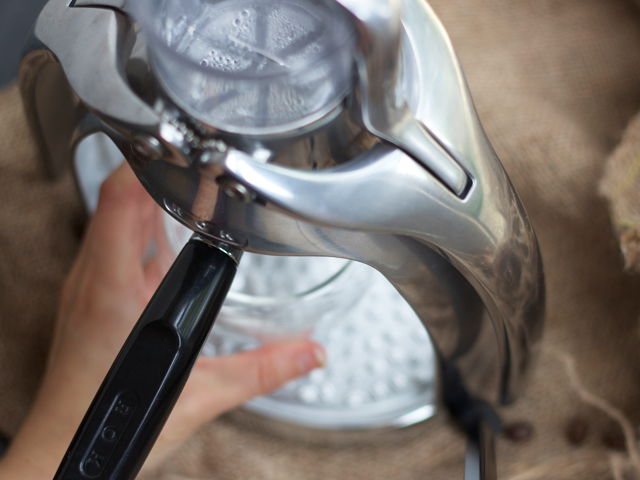 The coffee machine is a manual one, which ROK say gives greater control over the espresso it makes. You just fill up the little portafilter with ground coffee, use the tamp to press it all in tight, pour freshly boiled water in to the top of the machine, then push down the two metal arms to force the water through the coffee grounds and brew the espresso! It’s blissfully quiet, and like I said previously, brews just the right amount of espresso to make a generously sized latte/flat white/cappuccino. I’ve been so impressed by the quality of the coffee too- the only thing that isn’t so amazing is the little manual milk frothed that comes with the machine, but I’m still so happy with the little Bodum one I bought during summer that it’s not been a problem at all! It looks so very swanky too- I was nervous that it would look out of place in our little kitchen, but it’s so handsome I’ve been leaving it out on show 24/7!

Now, let’s get on to the cinnamon part of this cinnamon-themed tutorial. 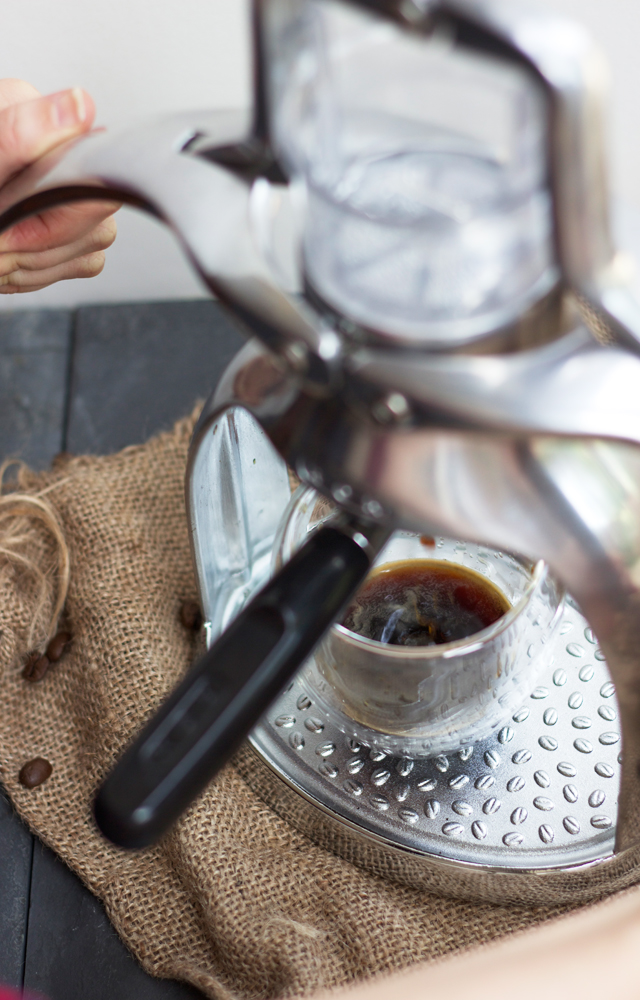 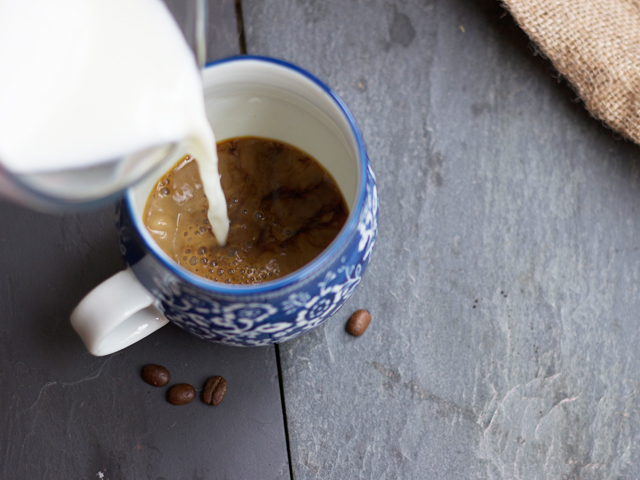 To make the cinnamon syrup that’ll flavour the coffee, just put one cup of water and one cup of granulated sugar into a saucepan. Then break up 3 cinnamon sticks, and add them in with the water and sugar. Heat the mixture over a medium flame until the sugar has completely dissolved, then simmer for 8-10 minutes until the syrup has thickened ever so slightly. Strain it through a fine mesh sieve, and then decant into a bottle.

To make the latte, brew an espresso using your coffee machine, and heat up enough milk to fill your mug two-thirds full. Take it off the heat just before it boils, then use a milk frother to whisk up the milk and get a nice velvety foam. Pour the milk into the espresso, and then add in a couple of drops of the cinnamon syrup. It makes the coffee taste extra rich and smooth, and more festive than should be legal so early on in autumn! 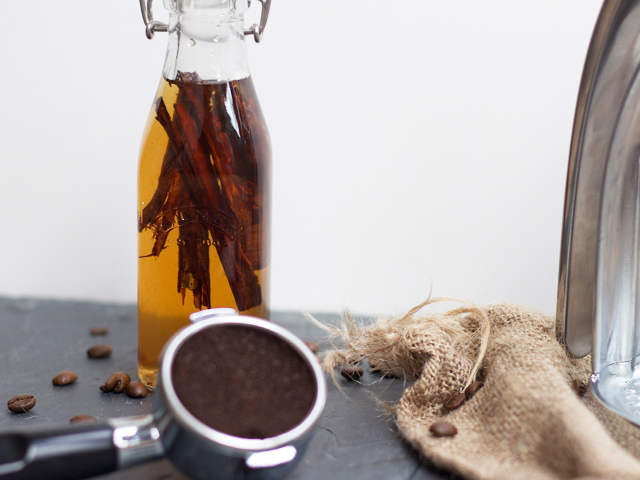 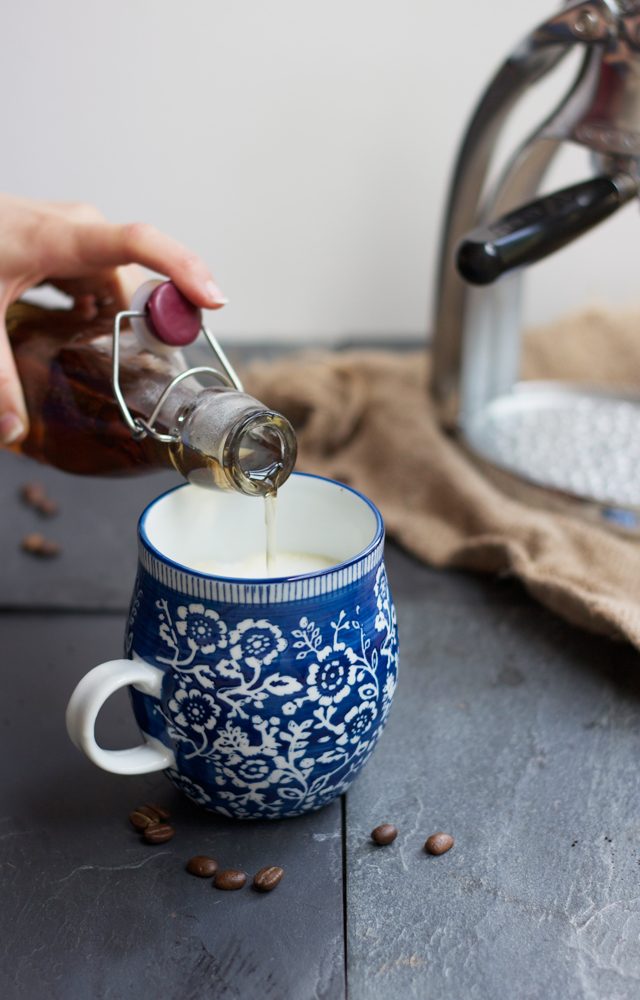 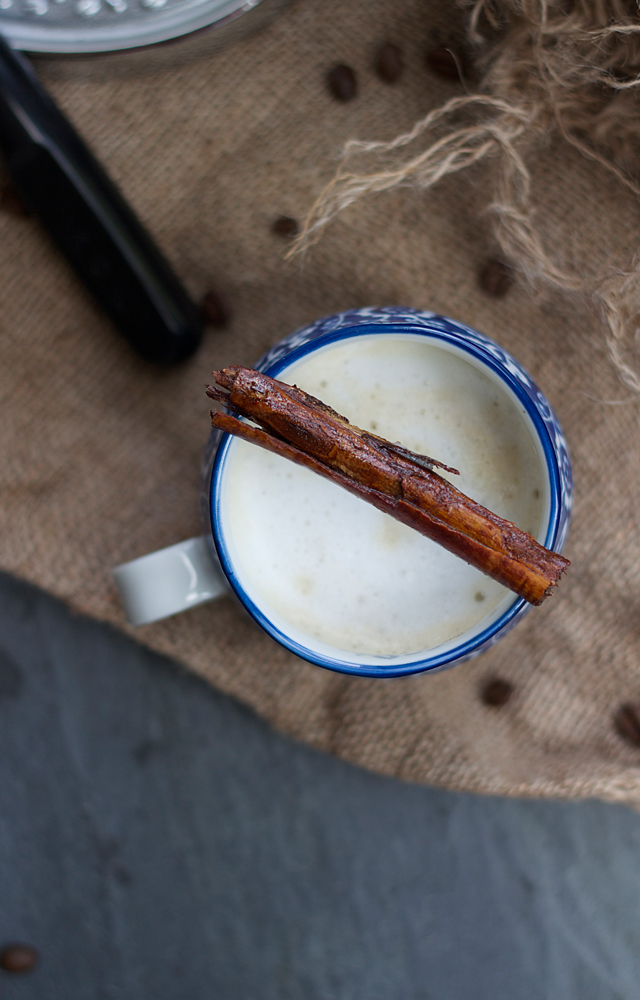 The ROK espresso machine is available to buy from Selfridges, who sent me through this one to test and review here on Cider with Rosie. It’s definitely more of an investment than the pod coffee machines that are so popular right now, but in my opinion is in a whole league above when it comes to making great coffee. Perhaps one to put on this year’s Christmas list?

18 Comments
Posted in COFFEE, FROM MY HOME TO YOURS, TUTORIAL
Read from the beginning >