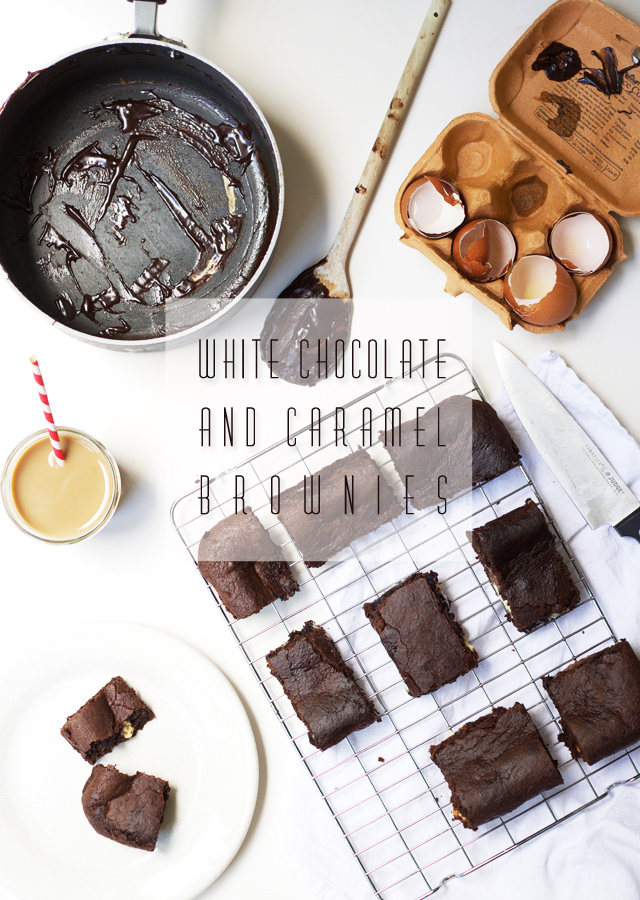 Ahhh, these brownies. Made on a whim late one evening (after a sudden realisation that the following day was a day that called for brownies) and promptly deemed The Best Brownies I’ve Ever Made (according to my taster-in-chief-fiancé). It’s no secret that I’m a disciple of the Gospel of Nigella, and these are a riff on her foolproof (and completely incredible) Everyday Brownies. The recipe is a killer for many reasons, but this reason is my favourite one: They’re an absolute bargain to make!

For me, if a brownie recipe calls for 4+ bars of pricey, best-quality dark chocolate (as so many of them do), it immediately makes those brownies into a fancy dessert option, as opposed to the delightfully filthy afternoon treat I prefer them to be. I like my brownies to be as easy to put together and as affordable as they are dense and fudgy, and these tick every box. And on that note, we’re totally cheating on the caramel front in these babies. No boiling of cans of condensed milk, no melting+swirling+burning+fretting over pans of boiling sugar- just a bar (or box) of your favourite caramel filled milk chocolates. Chocolate connoisseurs look away now, because Galaxy caramel is my favourite to use.

Now, let’s get to that recipe! 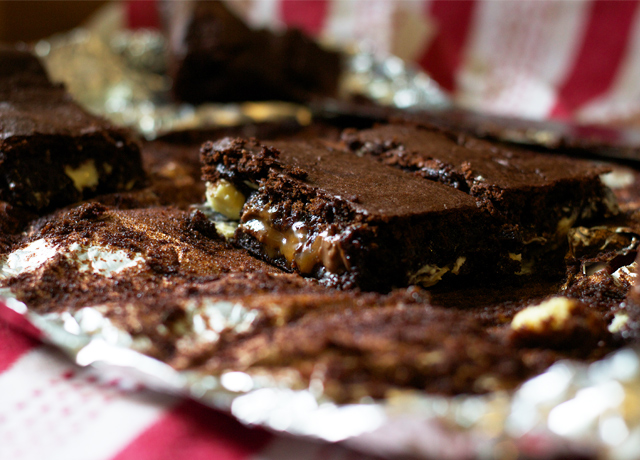 ^^ Would’ya take a look at that ooze? That’s the money shot right there. Jason and I often bicker over who gets to eat those extra-gooey centre slices of brownie ;) ^^ 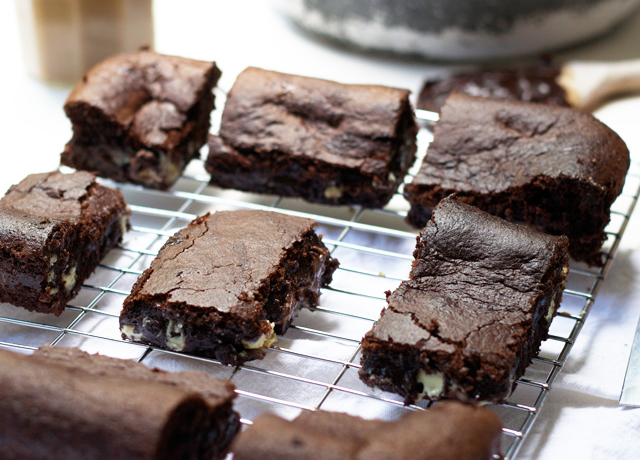 -Preheat the oven to 190 degrees celsius, then measure out the butter into a large saucepan and melt over a medium heat.

- When it’s melted, turn the heat down low and stir in the sugar. Sift together the cocoa powder, flour, bicarbonate of sofa and salt into a separate bowl. Stir it into the butter and sugar mixture, stopping just as soon as the flour and cocoa powder has been incorporated.

- Crack the four eggs into a jug, and whisk them together with the teaspoon of vanilla extract. Pour it into the rest of the brownie batter a little at a time, stirring between each addition.

- Chop up a bar of white chocolate into smallish chunks, and then stir them quickly into the brownie batter.

- Pour half of the batter into a 25 centimetre square baking dish lined with tinfoil, then spread it out flat. Press 12 squares of caramel filled chocolate into the batter, and then pour over the remaining brownie mixture and smooth over the top. Put the dish into the centre of the oven to cook for between 20 and 25 minutes. A 20 minute bake will give you really soft, squidgy brownies, and cooking them for slightly longer will make them more cakey and easier to slice.

- Allow the brownies to cool completely in their tin, and then slice them into 12 generous squares or about 16 more modest portions. These brownies will keep well for about 3 or 4 days if stored in an airtight container, but I’ve yet to make a batch that’s lasted longer than 48 hours! 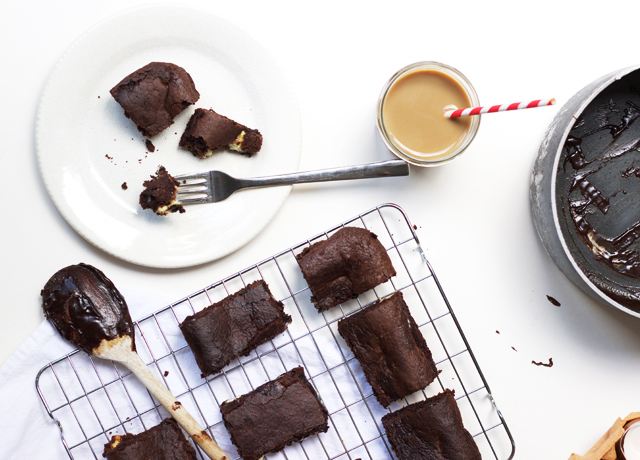 Shall we have a sharing of favourite brownie recipes in the comments? Or maybe, a sharing of what kind of additions make a brownie go from good to great. Next batch I make, I’m thinking about maybe adding a little peppermint flavour, or perhaps some peanut butter…

31 Comments
Posted in CHOCOLATE., FROM MY HOME TO YOURS, RECIPE, YOUTUBE
Read from the beginning >