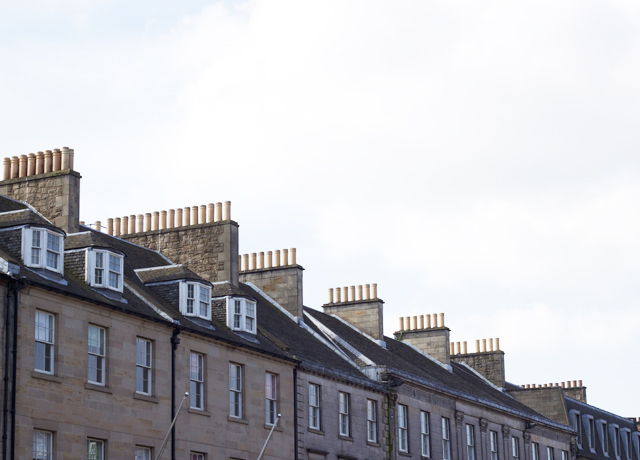 Tuesday was our first full day in Edinburgh. We woke up kind of early (well, early for us, at least) and had a light breakfast of fresh fruit, juice, yoghurt and granola in the hotel before heading out to explore the city. The hotel we stayed in was called the Nira Caledonia (I’m going to write a little more about it in a separate post) and was in Edinburgh’s New Town (about a 15 minute walk from the Royal Mile). We actually really loved mile-or-so walk from our hotel into town! It stopped us feeling too sluggish from all the amazing food we ate whilst we were in the city, and the area of town our hotel was in felt peaceful and tucked away compared with the hustle and bustle of the city centre. We’d recommend it in a heartbeat! But I’m getting ahead of myself though… 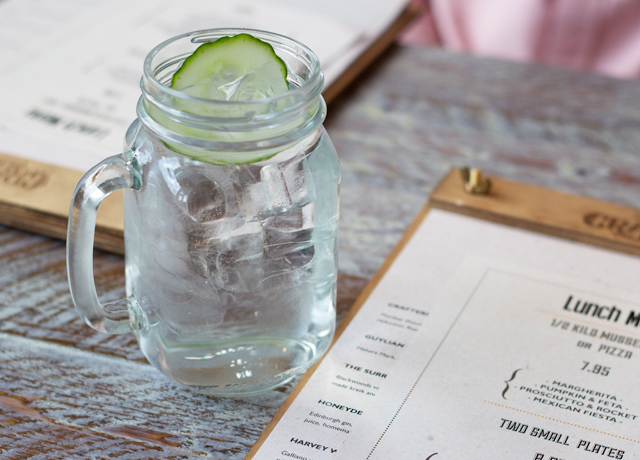 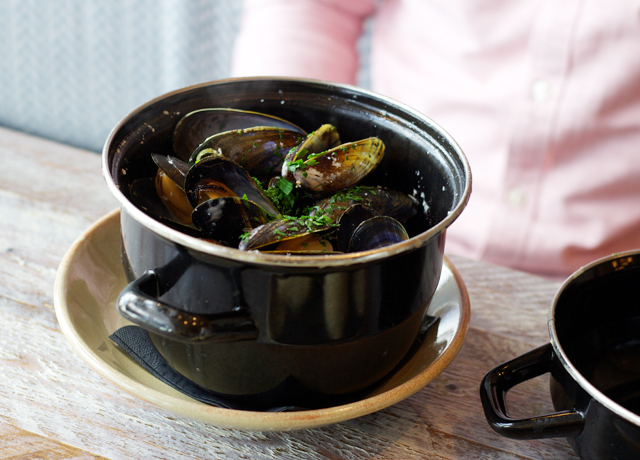 After a couple of hours exploring the Royal Mile on Tuesday morning (including a stop to book tickets for a tour of Mary King’s Close, some hat-trying-on, and a little tweed shopping) we headed to The Crafter’s Barn for lunch. We’d given the restaurant a miss whilst scouting for a place to eat dinner the previous night, but decided it looked way nicer than we had initially thought when we walked past it the next day! And we were so glad we went in! The meal we ate there was some of the nicest food we ate in Edinburgh (and we ate at a lot of seriously good places!) and was pretty reasonably priced too. Jason ordered mussels and a glass of Chilean merlot that I ended up drinking half of (unwittingly sharing the Dutch courage Jason so badly needed for proposing later on that day!) and I ordered two smaller plates- haggis and Quail’s Scotch eggs, and spicy braised chorizo.

The whole meal came to £24- no bargain, but not bank breaking either! The Scotch eggs especially were super delicious, and Jason told me afterwards that even though he was too nervous at the time to really appreciate his mussels (too busy making sure I didn’t accidentally find the ring box in his jacket pocket!) they were really very tasty! ;) Oh and as a side note- that restaurant is Instagram-heaven! Drinks served in mason jars, exposed lightbulbs hanging from the ceiling, distressed wood tables- you name it, they have it! 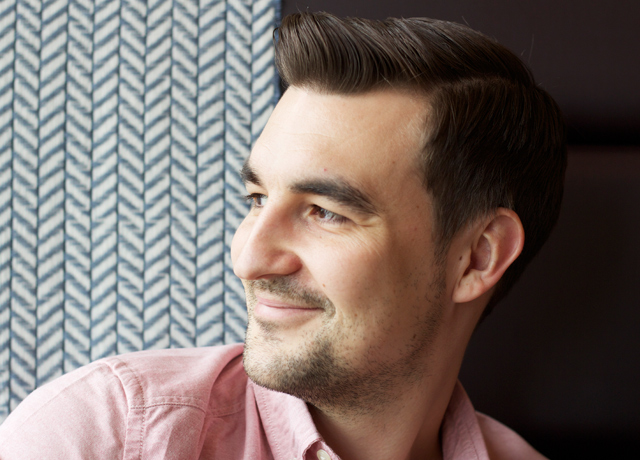 ^^ This is the face of a very nervous man. Not that I knew so at the time. I was completely oblivious to his nerves and stressing, and was just really enjoying my lunch! ;) ^^ 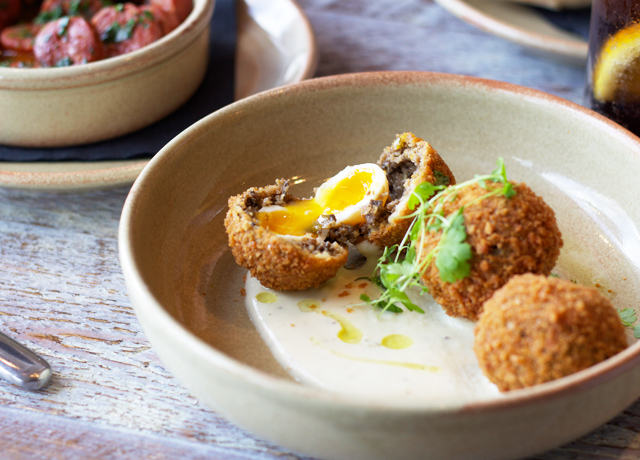 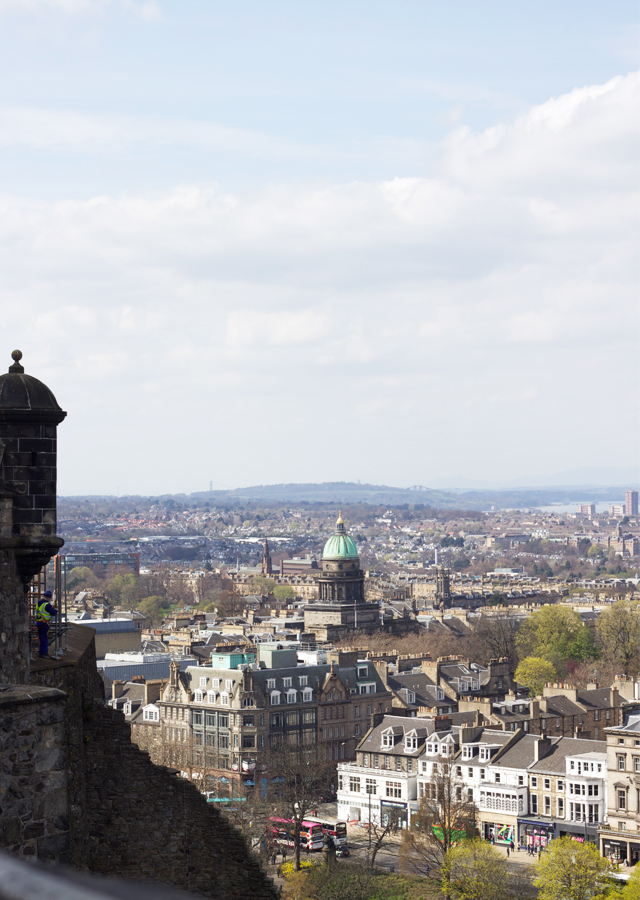 After we’d finished lunch, we walked up the hill (another one! Edinburgh is the hilliest place I’ve ever been!) and queued up to get tickets for the castle. We’d been so keen to get to the castle, and it didn’t disappoint! If you go, I’d really recommend taking one of the little guided tours round the castle. They’re included in the price of the ticket, leave every 25 minutes or so and are way more engaging than a standard audio guide. We also totally fell in love with the Edinburgh accent whilst we were in the city, so the tour was a great excuse to listen to it for a solid 20 minutes! ;) 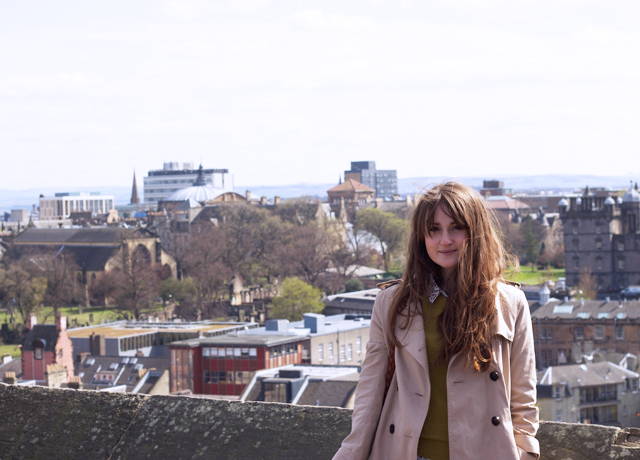 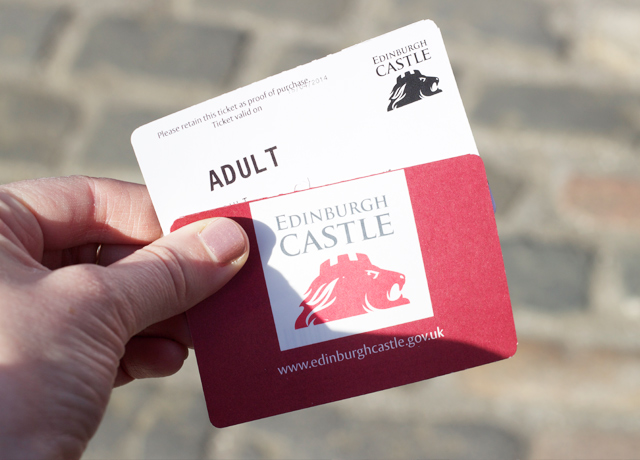 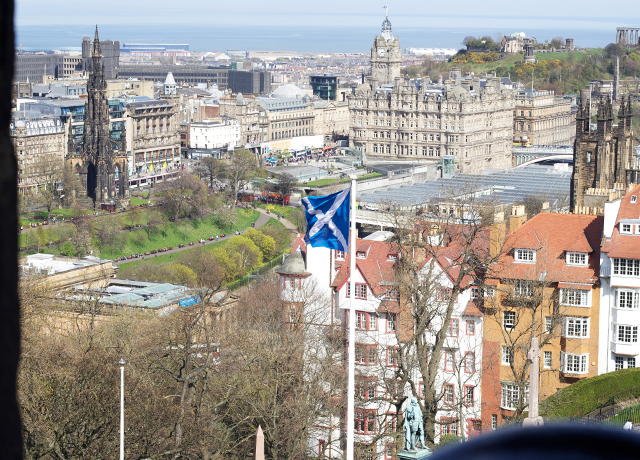 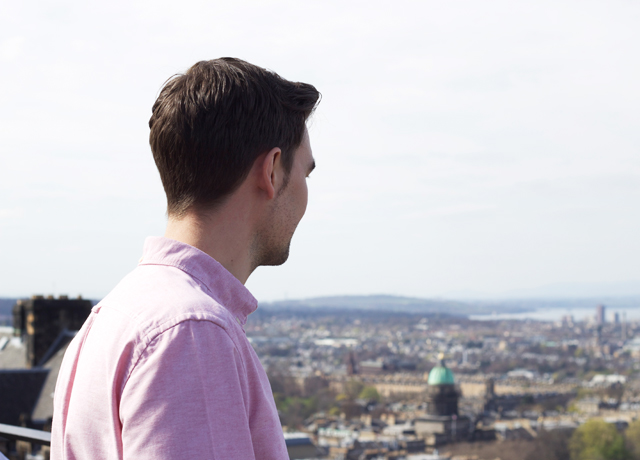 After we’d taken our little guided tour and wandered around a few of the specific sites of interest, Jason suggested we go to a little balcony that our guide had told us had some of the best views of the city. Not realising Jason was trying to get me to go somewhere beautiful and quiet so that he could propose, I said ‘Let’s go and see the prisoner of war dungeons first!’! So my poor nervous man had to traipse around the dungeons behind me for another 15 minutes, whilst I read all about the history of the prisons and tried to understand why Jason didn’t seem interested in it at all! We’ll need to go back to the castle next time we’re in the city, just so that Jason can get chance to appreciate it properly!

After we’d finished touring the dungeons, and I’d made Jason wait *again* whilst I stopped to buy water (he told me afterwards he couldn’t believe how difficult it was to get me to the little balcony where he wanted to propose!) we went out to the viewpoint to admire the city. And then, right there in the sunshine and the breeze, overlooking the whole of the city, Jason got down on one knee and asked me to marry him. It was perfect.

Afterwards I couldn’t even remember if I’d said ‘yes’ (the moment was so incredible neither of us can really remember it in too much detail!) but Jason assures me I did! A few of our friends and family had been asking if I thought Jason might propose whilst we were away in the city, but he’d done such a good job of keeping his proposal-planning and ring-shopping a complete secret that I was totally convinced it wouldn’t happen! The only people who knew it was coming was Jason’s team at Flourish (who guessed he’d been ring shopping after he went out for longer than normal one afternoon! They know him so well!) and my Mum, who Jason had asked for my hand in marriage the weekend before we went away. 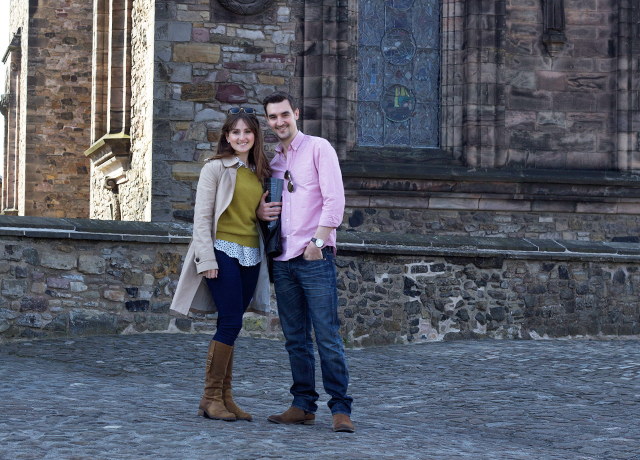 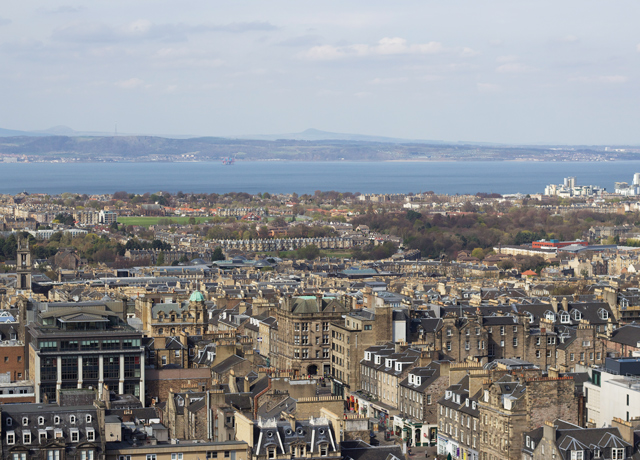 And that was it!I forgot to take any more photos after Jason proposed (I could barely remember how to switch my camera on, my head was that foggy from joy and love and happiness and maybe the champagne a bit too) but the rest of the day was just beautiful.

We left the castle right away afterwards and walked back to our hotel (smiling like idiots at each other and every person we passed in the street the whole walk back!) and spent the afternoon drinking champagne in the little private garden our room opened up on to. There was a piper playing in the street just as we walked out of the castle, and even though Jason had never been too keen on bagpipes before then, the sound was so moving I think it’ll hold a special place in our hearts forever now. If I could have paused time and lived in that moment for an hour or two longer, where were standing listening to a piper play in a sunny Edinburgh street about five minutes after getting engaged and our hearts were full to bursting, I would have. It was magic.

And since all I want to do is talk and think and write about engagements right now, if you’re engaged, will you tell me how it happened? Did you cry? I didn’t cry one bit even though I’d always imagined I would!

51 Comments
Posted in EDINBURGH, JASON, LOVE, TRAVELLING, WE ARE ENGAGED!
Read from the beginning >