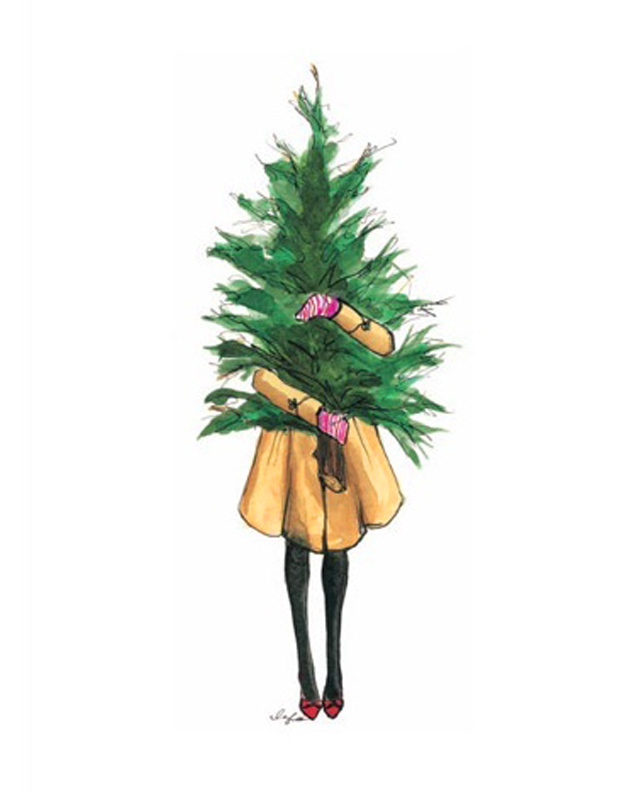 Illustration by Inslee. Isn’t it darling? Thank you to Brooke for providing me with the source!

I’m pretty much on a count down until it’s time to go and find a little Christmas tree to come home and live with us over the holiday period. We’ll pile on our layers, pick up some hot chocolates, and head out to the garden centre in search of the Perfect Tree. Every year I get anxious about halfway through the tree-hunt that we won’t find one with a perfect shape, and start fretting that maybe we should just take the one we discarded a few trees back in case nothing better comes along. Jason’s always *very* patient with the process, and we always do end up finding that Perfect Tree.

We also need a couple of new sets of tree lights this year, which is a perfectly perfect excuse for me to take a trip into the decoration department of our garden centre. Jason usually steers me away from there pretty sharpish, after that fateful time he gave me his credit card and sent me out to buy decorations for our first Christmas in our house, and I wracked up a bill larger than what we usually spend on groceries in a month. I wish I was kidding. But not as much as Jason does…

p.s. Did I already tell you about that, sometime last Christmas? Still, confession’s good for the soul, right? 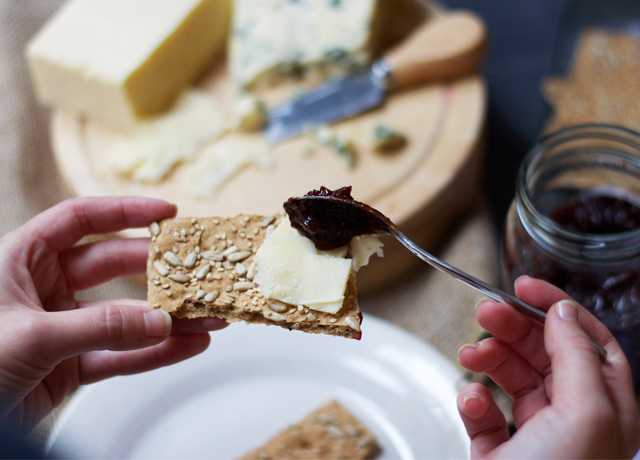 I feel properly ready for Christmas now that I’ve finally got round making chutney. Christmas isn’t going to be able to sneak up on me now, because instead I’ll be staring it down armed with jars of spiced stuff and bundles of elegantly wrapped presents. Not that the bundles of elegantly wrapped presents relate at all to chutney, but you know the kind of thing I’m going for. I’d like to be the sort of woman who can wrap gifts in plain brown paper and fancy string, and not have it look like I’ve just resorted to wrapping in greaseproof, you know? Forever aiming high over here…

This recipe always makes a kind of awkward amount (two full jars and one two-thirds full jar this year), so we broke into the third kind of silly jar and ate cheese, chutney, and crackers for our lunch on Sunday. Jason’s review of the chutney? ‘Best you’ve ever made, B!’ He kind of had to love it though, since I spent the best part of an hour peeling the skins off the cherry tomatoes going into the chutney for that tomato-hating man of mine! Not that we point score or anything, but if we did, that would’ve earnt me about a thousand of them. 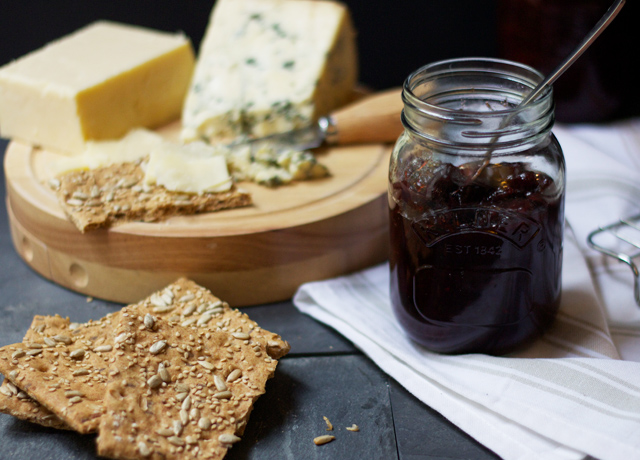 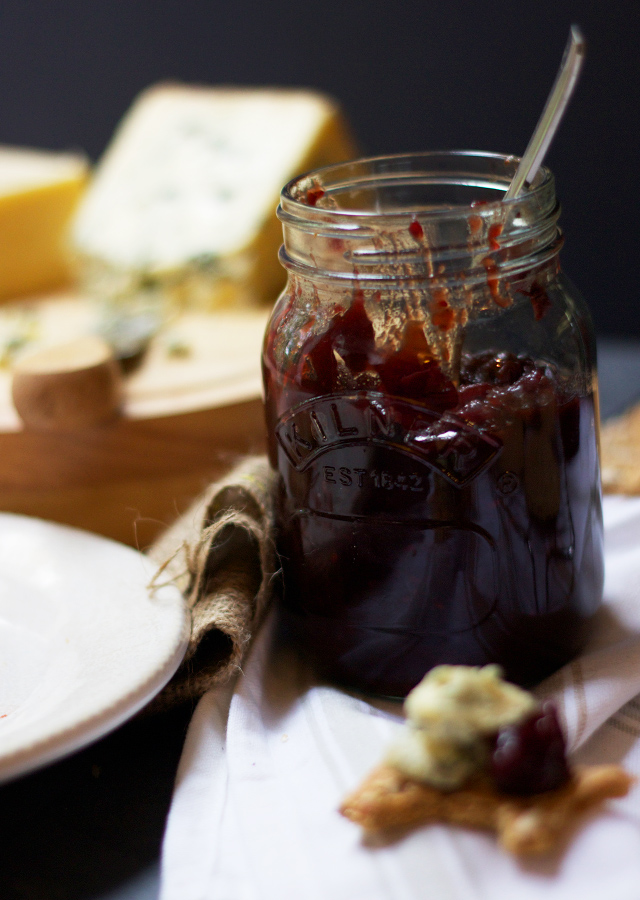 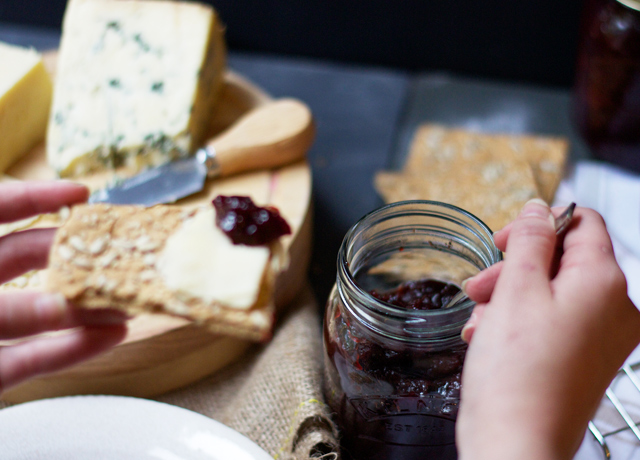 1. Finely chop the onion, and if you’d like, peel the skins off the cherry tomatoes. I do this by cutting a small ‘X’ into the bottom of each one, covering them all in boiling water for about a minute, then draining and peeling. It does make a big difference to the texture of the chutney, but it certainly won’t be spoilt if you don’t fancy peeling a hundred cherry tomatoes!

2. Put the fresh and dried cranberries, tomatoes, onions, and 200ml water in a large heavy-based saucepan, and simmer gently over a low-medium heat until the cranberries are beginning to burst and release their juices.

3. Add in the spices, vinegar, and sugar, then allow to simmer gently for about 30-40 minutes. When done the chutney should be thick, and when you draw a wooden spoon along the bottom of the pan, you should be able to see the pan’s base for a moment before the chutney pools back in.

4. Whilst still piping hot, pot into sterilised jars (I sterilise in the dishwasher) and then set aside to cool. Eat within three-ish months, although in the past we’ve waited about six months before opening sterilise and sealed jars and found the chutney within to be completely perfect.

* To serve alongside the cheese & chutney, I made Tania’s oatcakes and both Jason and I absolutely *loved* them! They’re so simple (and tasty! and cheap!) to make at home, I can’t see myself ever bothering to buy pre-packaged ones again! * 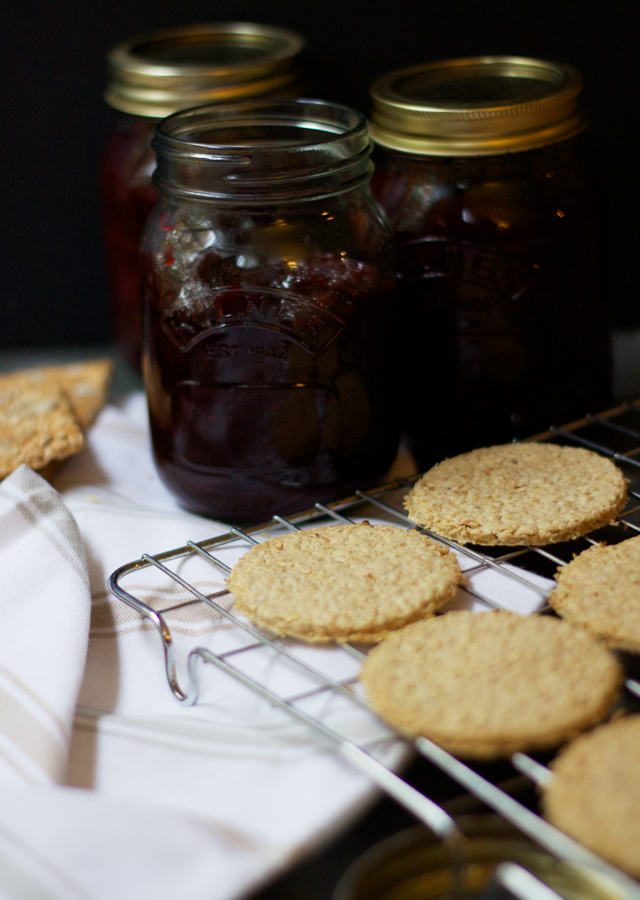 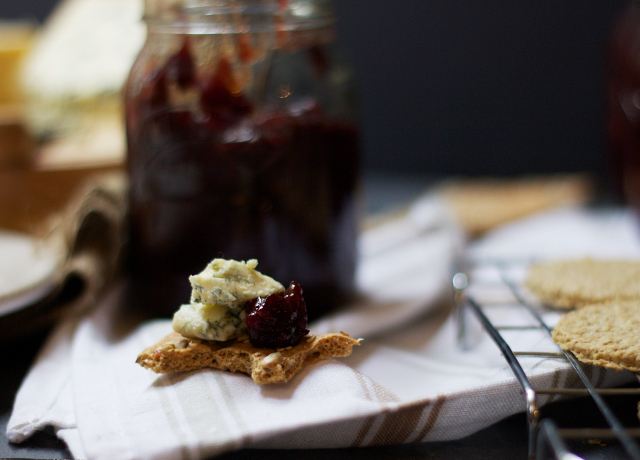 p.s. If you’d like, you can head to my ‘For a Christmas hamper‘ Pinterest board for more ideas & inspiration! :)

12 Comments
Posted in CHRISTMAS, FROM MY HOME TO YOURS, RECIPE 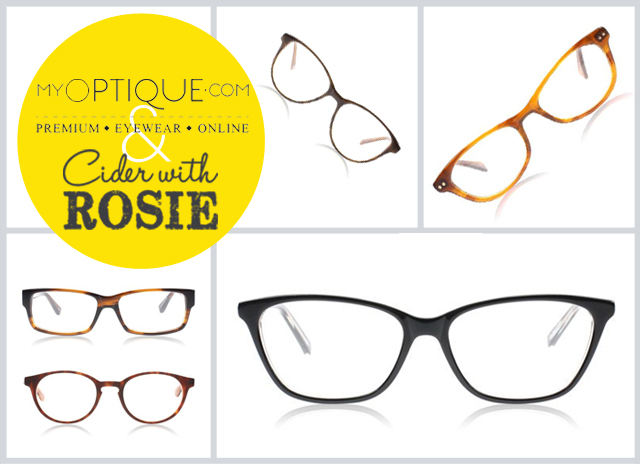 Today I’m really excited to be offering a giveaway in collaboration with designer eyewear company MyOptique, and the brand London Retro! London Retro frames are crazy beautiful. They’re based on classic vintage shapes, and offer an amazing selection of designs and colour options. I wear the darling Westminster frames, and have barely taken them off since they arrived courtesy of Richard, our friendly local delivery man. 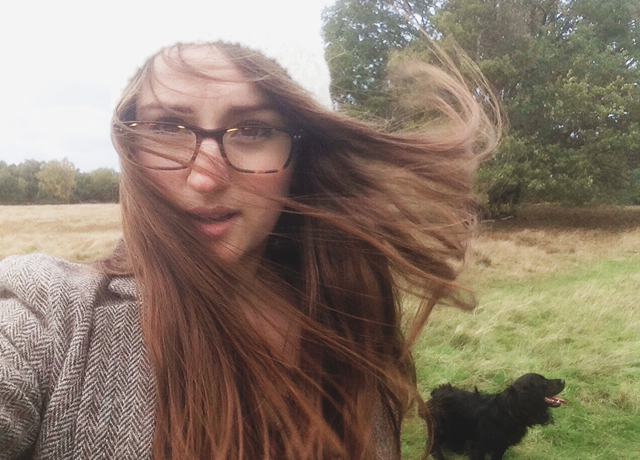 MyOptique are offering one Cider with Rosie reader a pair of London Retro frames of their choice, which will come fitted with transparent lenses and can be reglazed to fit any prescription.

In order to win, there are just a couple of things to do! Just leave a comment below stating which London Retro frames you’d love to win, then head over to MyOptique’s Facebook page, ‘Like’, & pop a comment on their Wall saying ‘Enter Cider with Rosie’s giveaway!’ :)

The winner of this giveaway is…Nadine! Congratulations! Please send me over your contact details (enquiries@ciderwithrosie.com) and I’ll pass them along to My Optique! :)

Thanks for playing everyone! 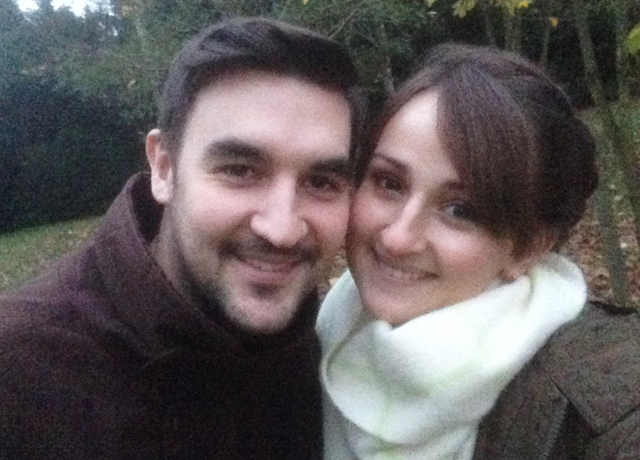 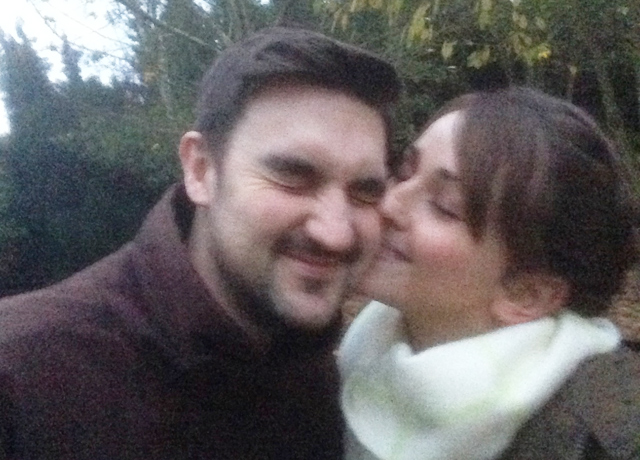 Jase took me out on Saturday night for fried chicken and milkshakes, when I complained about being tired of cooking in a very stroppy and not at all endearing manner. Oreo milkshakes though. I just can’t get enough. We talked lots about what our families are up to at the moment since it seems there’s exciting news and revelations coming at us from all sides, and we also planned what we might get up to for my birthday next month. Right now, we’re thinking a day shopping in London, followed by a potter through the South Bank Christmas market.

I’m not really fussed about what we do though, just so long as I get to spend the day with Jase. And if he’s got some of that sexy weekend chin-scruff going on, so much the better ;)