It’s been such a long time since I shared a little ‘what I’m reading right now’ post! And there’s really only one reason for that- because I’ve not read anything in a pretty long time…

Which is bad! I can’t think of a single reason now why I hadn’t picked up a book in ages before the last couple of weeks, other than the fact that I feel I spend most of my ‘reading time’, reading blogs! I guess that’s the way things are for us internet-dwellers, right?

I actually bought the The Shepherd’s Life for Jason as one of his Christmas presents this year. He’s so fond of all things rural, and a quick glance through the book’s blurb whilst standing in Waterstone’s one busy afternoon in early December told me that this was a book for him.

He ploughed through it during the few weeks after Christmas then promptly handed it over, saying that I just *have* to read it. And you know? It’s every bit as lovely as he said!

The Shepherd’s Life’s title tells you most of what you need to know about the book. It’s written by farmer James Rebanks, and tells the story of his life and heritage running a farm bought by his Grandfather, then passed on to his own father, in a rugged valley in the Lake District.

The book begins with a prologue, in which James recalls the first time he came to realise that the farming way of life he had grown up with was considered by some to be unambitious and ‘provincial, and talks of ‘cultural imperialism’ and the strangeness of those who claim ownership over land they’ve perhaps only visited on a handful of occasions. He writes about being a ‘forgotten people’, and his desire to bring to light the lives men and women have been quietly living, throughout Great Britain, for many thousands of years.

The book plots the course of the year, split up into four sections- Summer, Autumn, Winter, and Spring. He describes the yearly rituals of bringing the sheep down from the fells from their wild grazing, and the skill of the sheepdogs, and the way the farmers work together to ease one another’s workload.

It’s a quiet sort of story- describing in raw, poetic detail the farming year in all its intricacies and hardships and toils. And because of that, it’s beautiful. A world away from Instagram notifications and packed tube carriages and 5:2 diets and never-ending fashion weeks- instead, it’s about tradition, and knowledge being passed through generations, and a way of existing that, as James writes, has been almost unchanged for 5000 years.

I’m about two thirds of my way through the book now, and am just adoring every page of. It really is a treasure- I can’t recommend it highly enough! 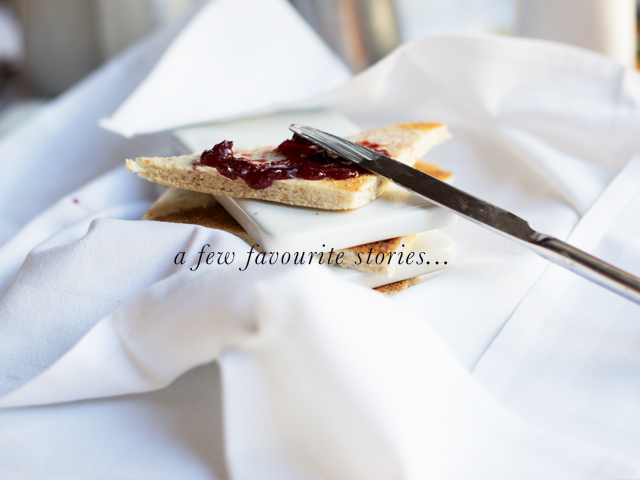 I’m taking a couple of days away from my laptop from now until the end of this week, and so since there won’t be anything shiny and new coming until Tuesday, I thought I’d leave you with a little round up of a few of my favourite posts from this year.

There’s a little of everything linked below- a few favourite recipes, the travel posts I loved putting together the most, stories from our countryside adventures, and, because I just couldn’t help myself, links to our wedding posts too!

I hope you have a wonderful end to the week and a lovely weekend too, and I’ll catch you in a couple of days time! 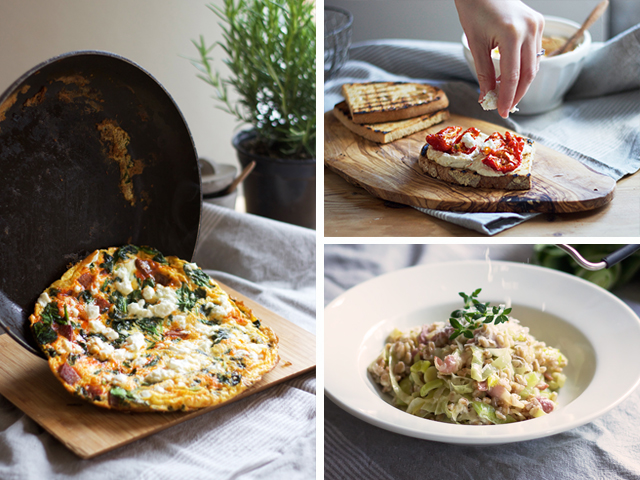 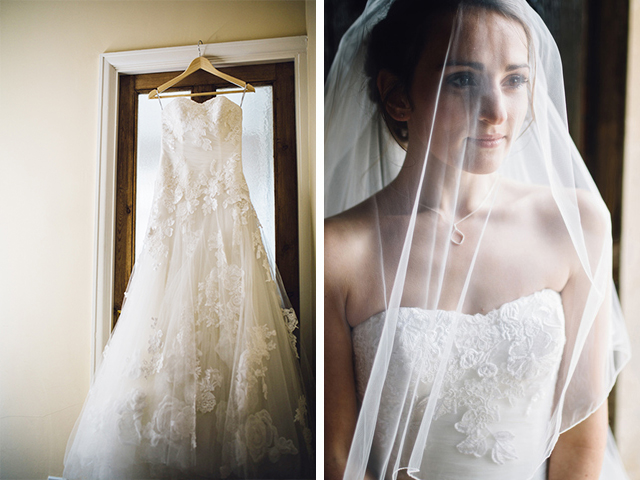 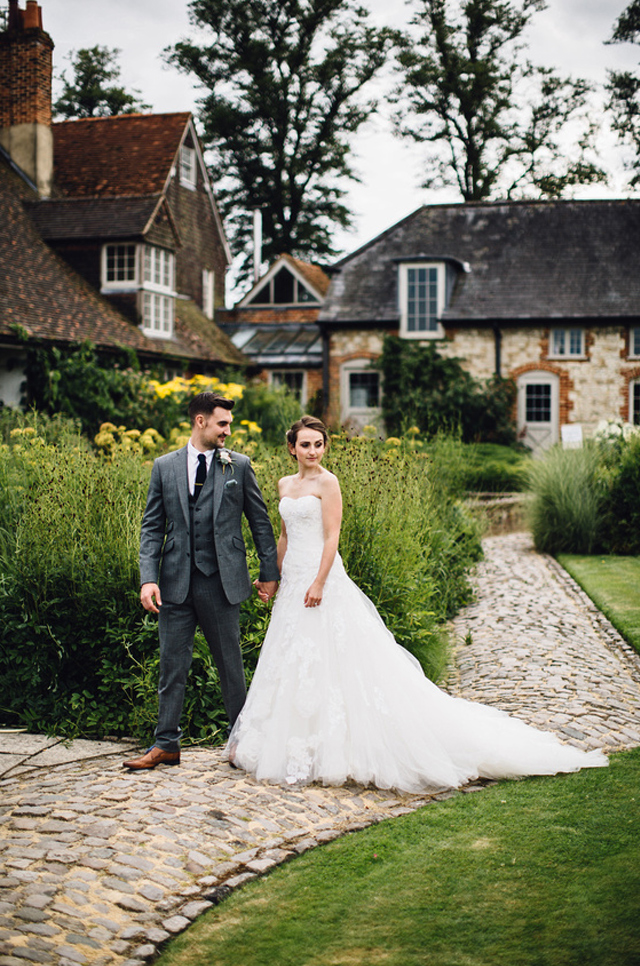 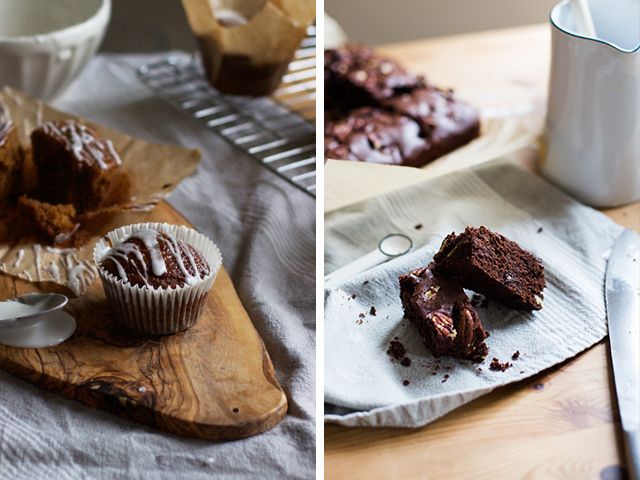 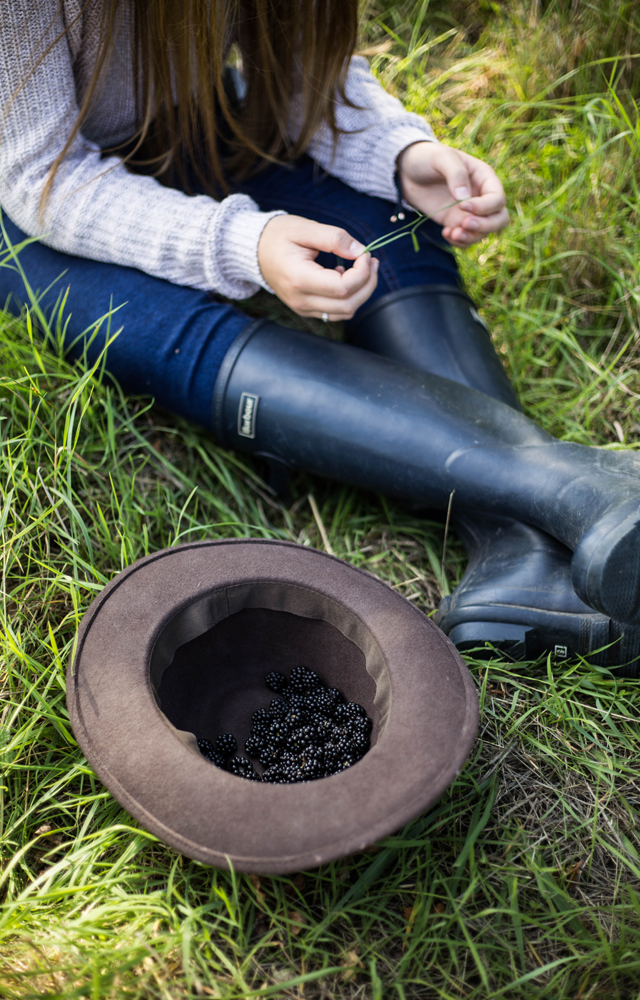 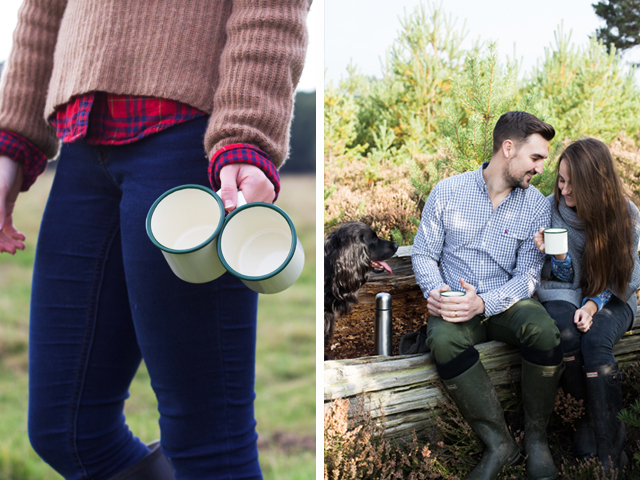 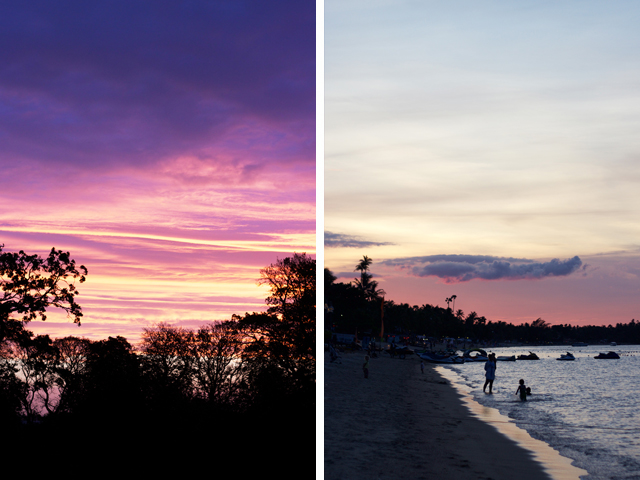 Sunrise in Edinburgh, and sunset in Thailand. 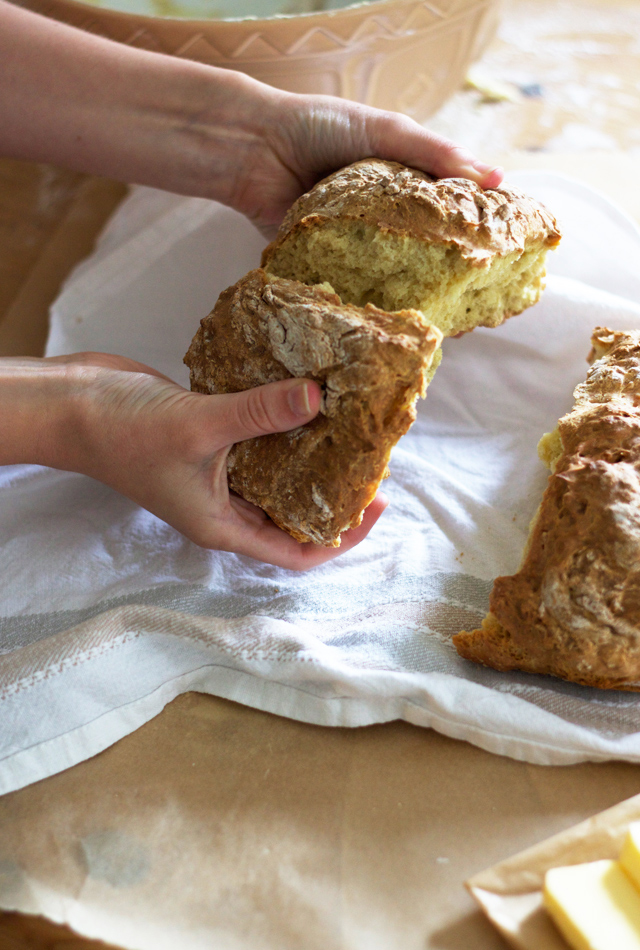 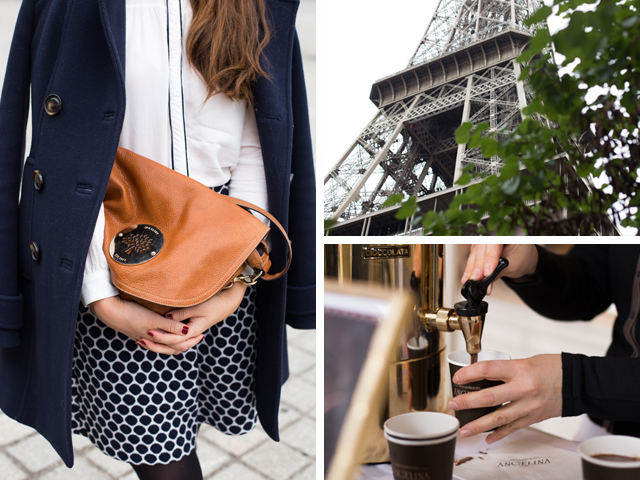 I’d love to know if there’s anything you’d like to see more of on Cider with Rosie, over the months ahead. Do drop a comment below, it’d be so useful to hear your thoughts! :) 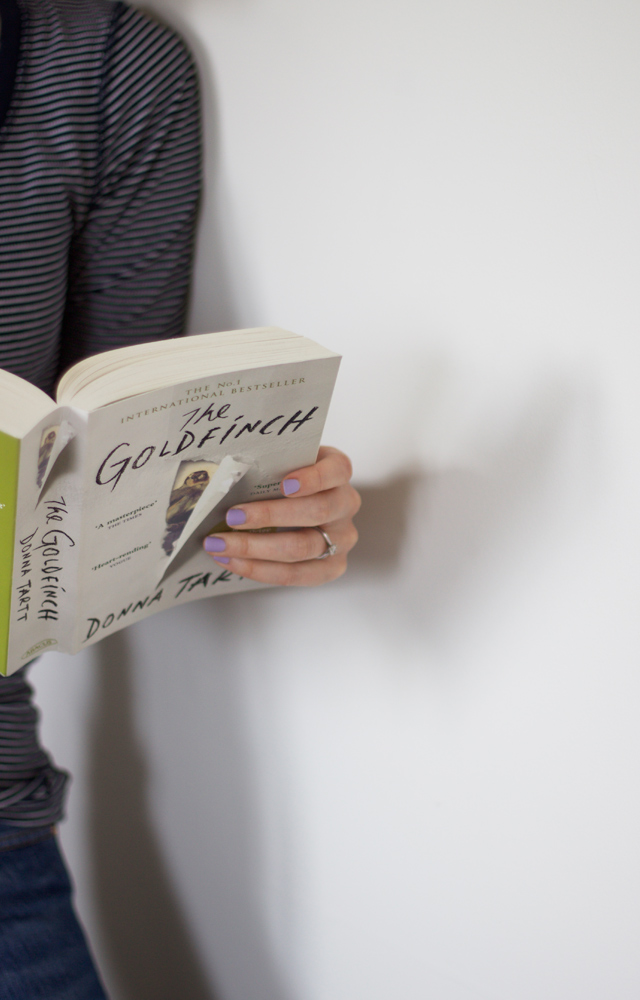 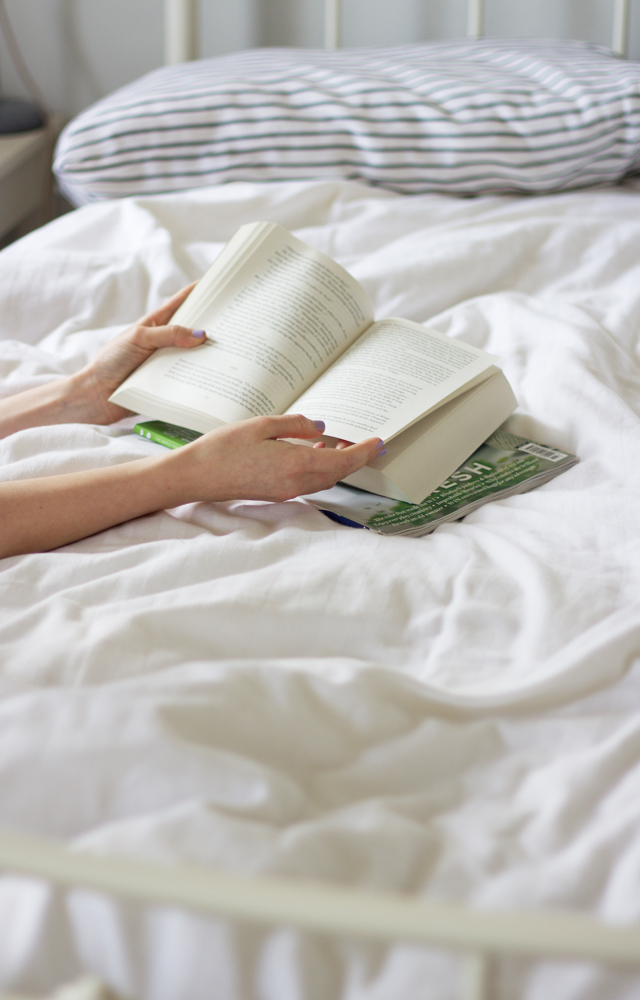 February is a month made for reading, if you ask me. March, less so. With the turn of the season, I’m finding the urge to stay home with a book less and less strong. I want to be out and about, in the fresh air! Looking out for lambs, and blossom, and being followed down country lanes by chirping robins! It’s all very Famous Five, I know.

February’s short, dreary days, weekend days especially, lend themselves to hours and hours of page-turning. Which is probably good, since The Goldfinch has plenty of pages to turn! I finished off Rivers of London not long after mentioning it in my last ‘What I’m reading/Book of the month’ type post, and picked up a couple of new books to read straight away afterwards. The Bee was a recommendation from my lovely friend Kathryn (I’m yet to get started on that one, though Jason’s making headway with it and has pronounced it ‘odd but good!’, and The Goldfinch came up over and over again in the comments of last month’s post!

I’m almost halfway through The Goldfinch now (we’ve not long arrived in Las Vegas, for those who’ve read and understand!) and am finding it such an interesting one to read. Plot-wise, it is pretty slow to progress. It’s full of the most incredibly detailed and vivid sensory descriptions, and at times it almost feels like Donna Tartt is writing merely for the love of her art form. There’s a section near the beginning of the novel that seemed to last an eternity, in which the main character is experiencing a major concussion. I was torn between desperately wanting the story to move forward, and also enjoying how skilfully Tartt has her writing become as fragmented and woozy as the character’s train of thought. Strangely, even though I’m not finding the plot particularly gripping, there’s something compelling about the novel. It’s impossible not to feel pangs of sadness and affection for the lonely figure of Theo, and even an urge to dive in and protect him as he deals with the death of his mother. I’ve found it heart-wrenching at times, even though it’s not written in a particularly emotion-provoking way.

Interestingly though, my Mum and her (fellow English Lit teacher) bookclub friends all absolutely loathed it! I think maybe it’s one of those Marmite books! I can’t say I’m surprised though, since my Mum and I so rarely see eye to eye on books- I think she almost disowned me when I expressed a total dislike of every Jane Austen novel I’ve ever read! ;)

Tell me, what’re you reading at the moment? Are you enjoying it? As with last month’s post, I’d love to pass on my most recently finished read, Rivers of London! I’ll pop it in the post to the first person who shouts in the comments :) It’s a great read, kind of silly and ridiculous but totally enjoyable! (I can only post within the UK, I’m afraid!) 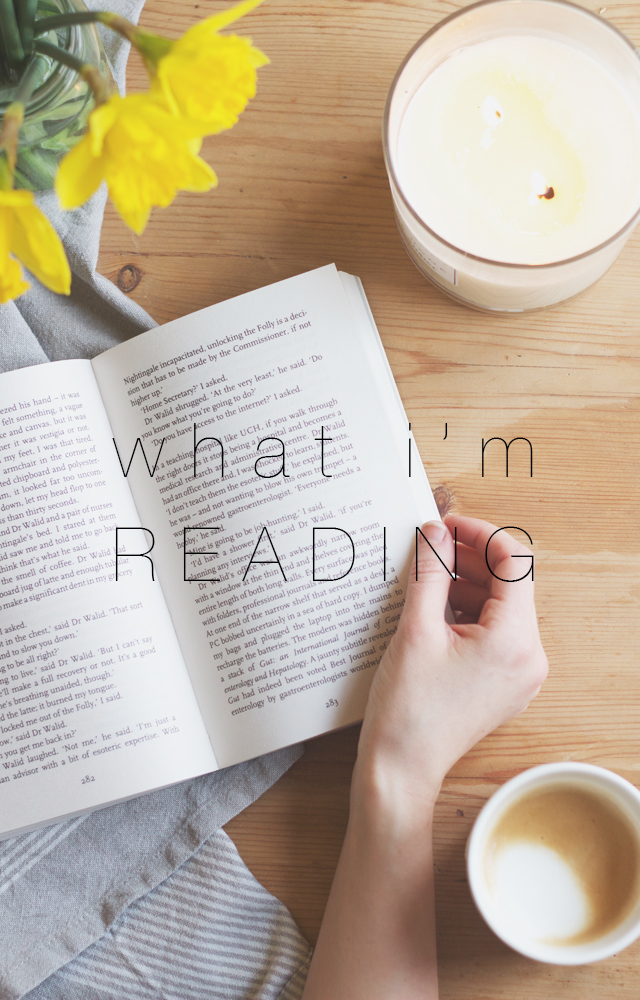 One of my unofficial goals for last year was to read more books. Real, tangible, smell-so-incredible-you’d-like-to-bottle-the-scent, hard copy books.

It started out with Jason and I reading together, instead of watching telly or browsing the internet or any other of those screen-related activities that draw so much of our time and attention. We loved the idea of unplugging, and I felt that I was ready to start reading again after my final year of studying English Literature and Drama put me off all things book-related for well over a year (perverse, I know, considering I was an Arts student!). We began with Frankenstein, then read Clarissa Dickson Wright’s ‘A History of English Food’, then bombed through Gone Girl (which I’d already read solo, but was only too happy to read for a second time!), and finally moved on to I Am Pilgrim by Terry Hayes earlier last month.

I Am Pilgrim was a funny one for me. We started reading it together (a chapter or two read aloud each evening right before bed, like total children! ;), and I got about halfway into the second section of the novel before having to pass the book over to Jason for him to finish reading by himself. I found it far, far too gruesome and graphic, to the point where certain parts actually made me feel like I might be sick. And I’ve got a pretty strong stomach!

So, this month, my new book to read is Rivers of London, by Ben Aaronovitch. I actually got started on it a week ago, so thought now’d be a good time to do a mini-review! The plot focuses on a Met Police constable called Peter Grant, and his discovery of the magic and supernatural world that lies hidden within his city. I’m enjoying reading it a lot! The plot is kind of ridiculous, but after I Am Pilgrim I’m only too happy to read something kind of silly ;)

The only thing somewhat jarring for me is the way that the magic is woven into the story. I find the way that the characters all accept, without argument, the fact that ghosts and vampires and magic and all sorts of otherwordly things exist far harder to accept than, say, the way I totally wholeheartedly accept and am swept along by the magic in Harry Potter. I think it’s the fact that Rivers of London is set in a contemporary London, the same city we visit on a Sunday for a trip to the Natural History museum and head to mid-week for meetings and work, whereas there’s a clear separation between supernatural and ‘normal’ worlds in HP. It’s a fun read though, especially if happen to be fairly well-travelled within London and can map out the story onto the city as you read!

Since I’m ploughing through it at a rate of knots (it’s pretty light!) I’d love to hear your recommendations for what to read next? Have you read anything you’ve truly loved, during the past few months? :)

p.s. Since I’m done reading Gone Girl, would anyone like my copy? I’ll post it to whoever shouts first in the comments below! UK only, I’m afraid!

**So excited to finally watch the film this evening, as it’s available for rental from today! Here’s hoping it does the book justice.