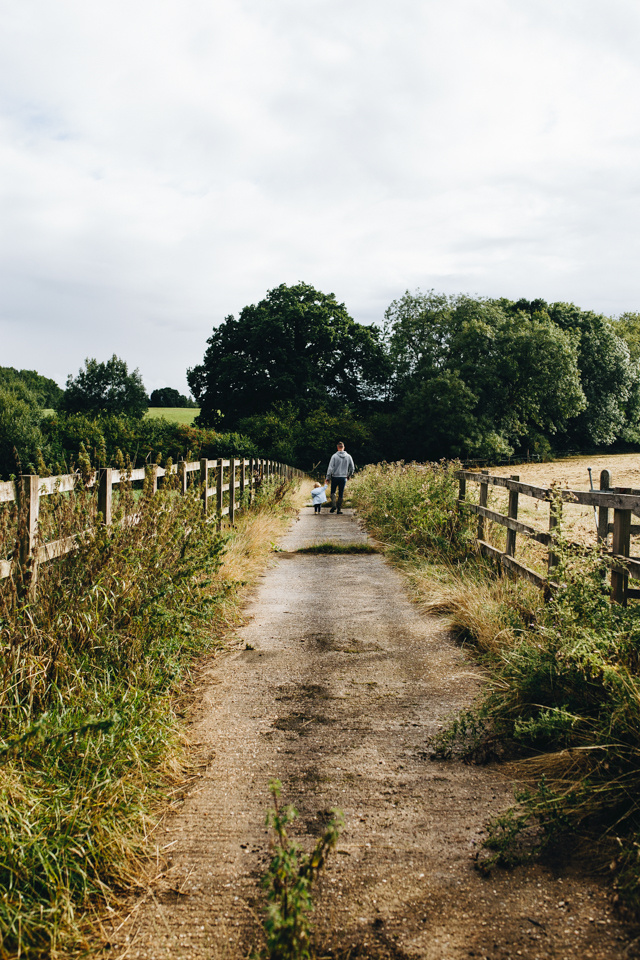 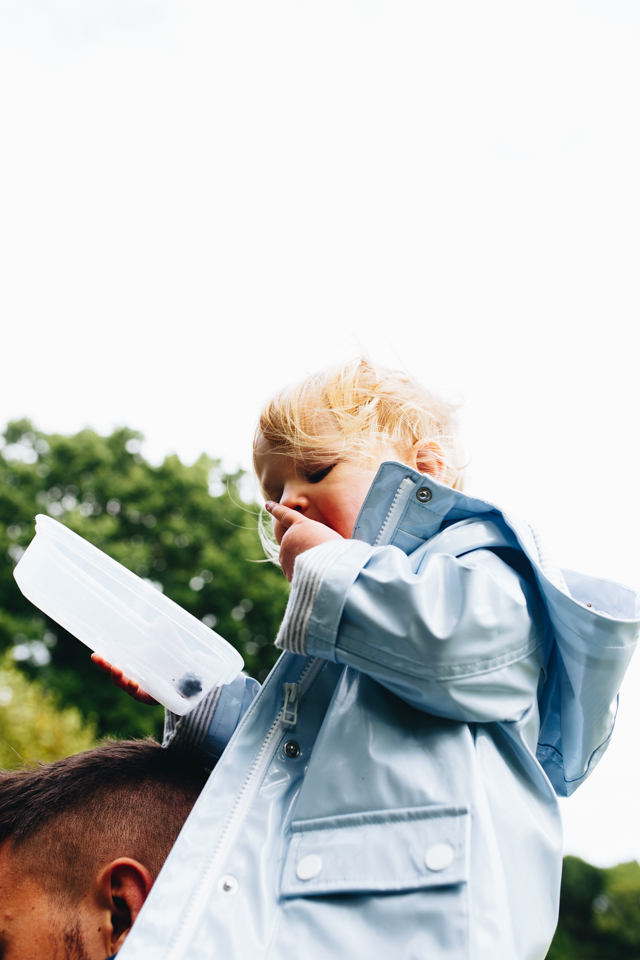 And just like that, my favourite time of year has arrived!

Despite the berries seeming to be remaining stubbornly red and inedible for weeks up until just recently, the hedgerows all around the farm have suddenly exploded with ripe fruits. We’d been picking odds and ends whilst out with the dogs, purple-tinged handfuls to nibble on whilst we walked, but decided that a proper blackberrying excursion was in order if we were ever to have enough for making the first batch of jam of the season.

So in between Friday’s frequent bouts of thunder and rain, we donned wellies and raincoats, grabbed a few Tupperware boxes, and headed off towards the fields… 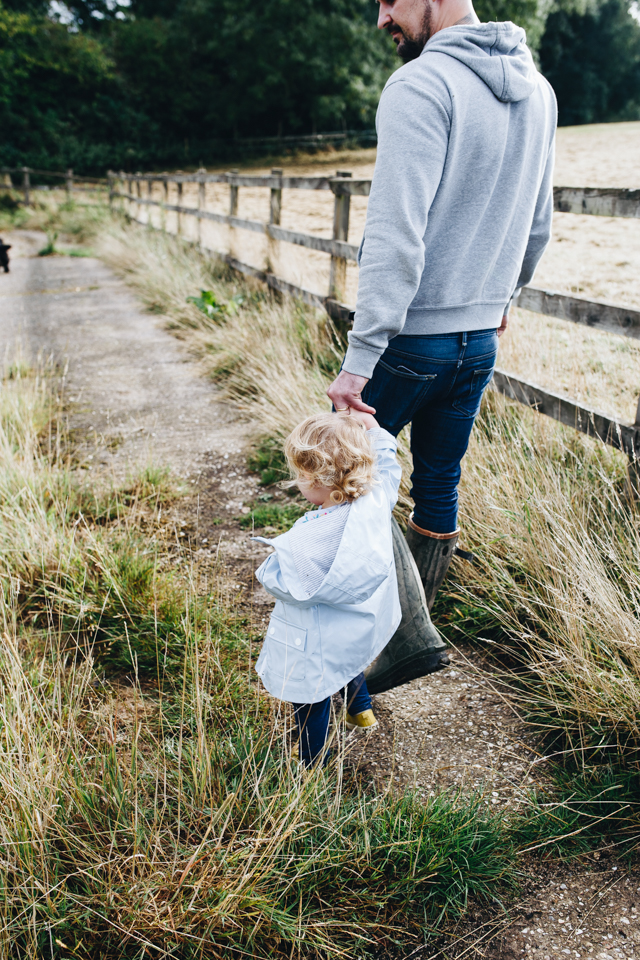 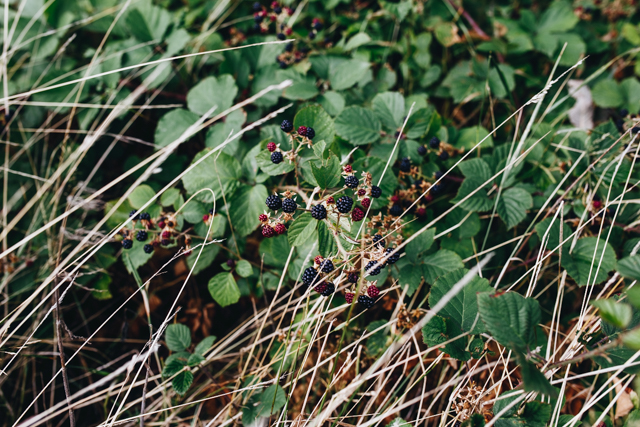 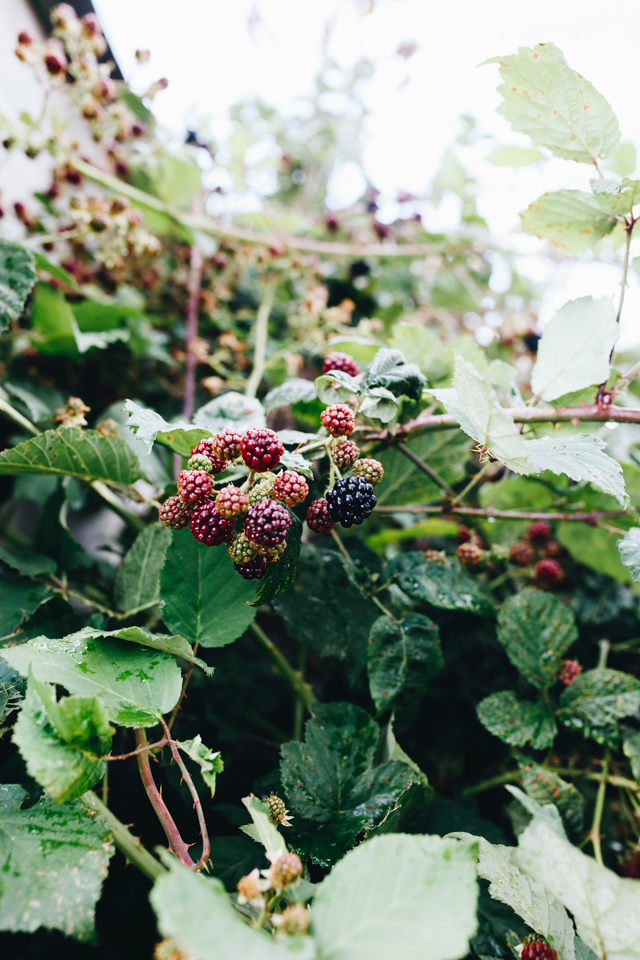 The hedgerows around where we live are so wonderfully abundant, we were rewarded with a kilo of fresh, delicious berries that took us just half an hour or so to pick!

In fact, we must have gathered way more than a kilo, but the smallest member of our team was determined to eat as many berries as she could whilst we picked! She’s discerning about it too, a pro at spotting ‘big juicy ones’ and letting us know if we’d handed her a berry that was a ‘bit sharp’.

But I guess we shouldn’t be surprised- ‘backbees’ was one of the first words she ever said, and she was picking and eating them before she could even walk! 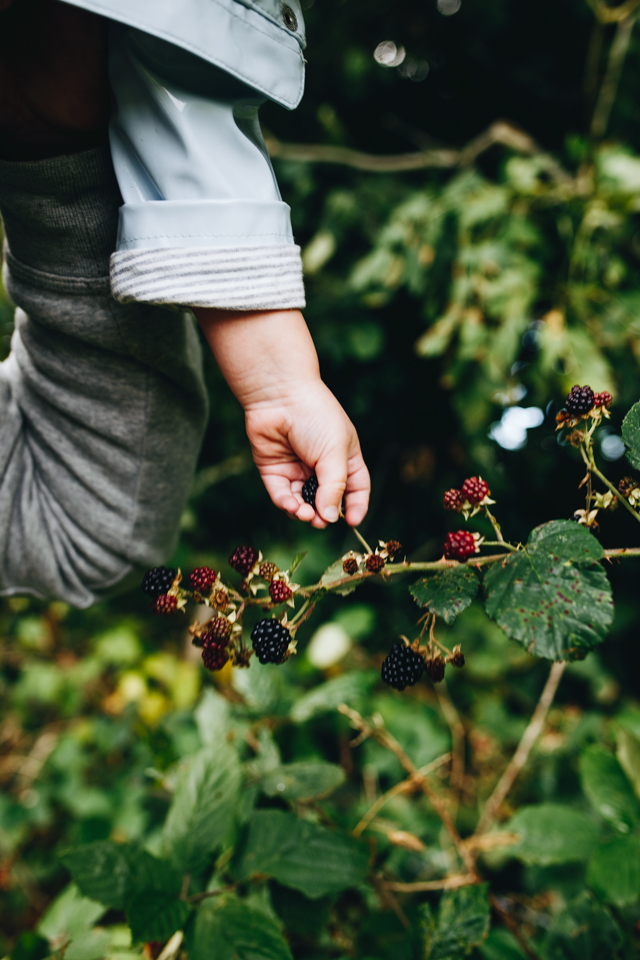 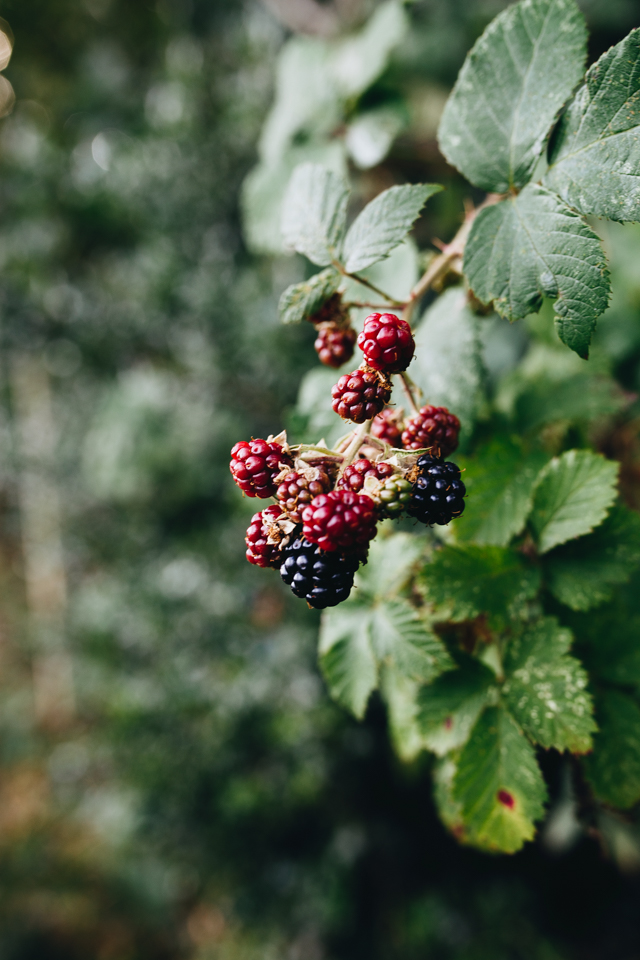 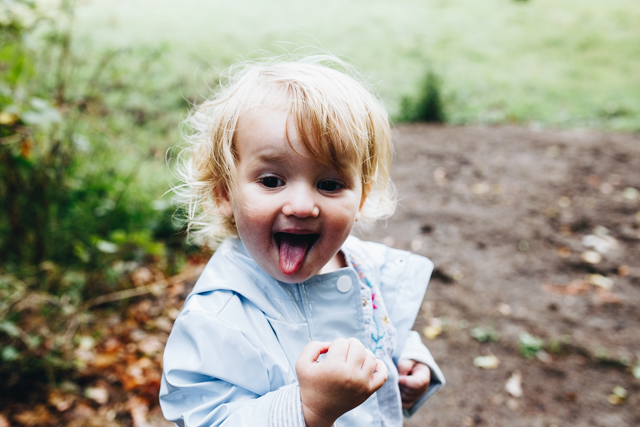 My Mum always describes Ottilie as being an urchin, and I totally see her point! <3

I think it’s the mess of curls that never seems to be tamed (despite our daily attempts to brush, clip, and ponytail it…), her chin that forever bears the marks of whatever fruit she last ate (the battle to wipe it is a constant struggle!), and the permanent cheeky twinkle in her eye that does it. She’s just like I was as a child- forever slightly scruffy and at her happiest when outside. It makes me so happy to see. 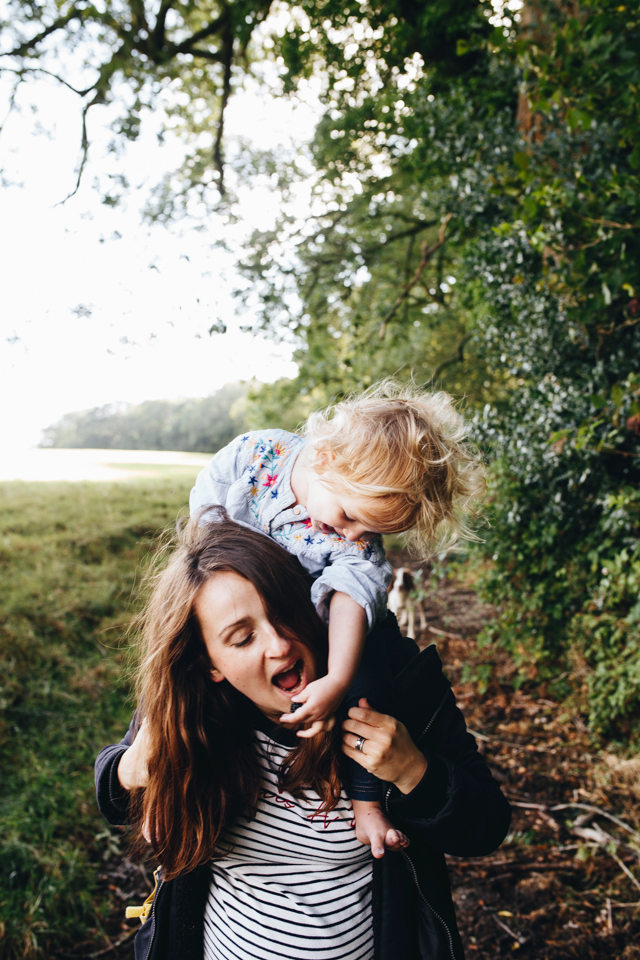 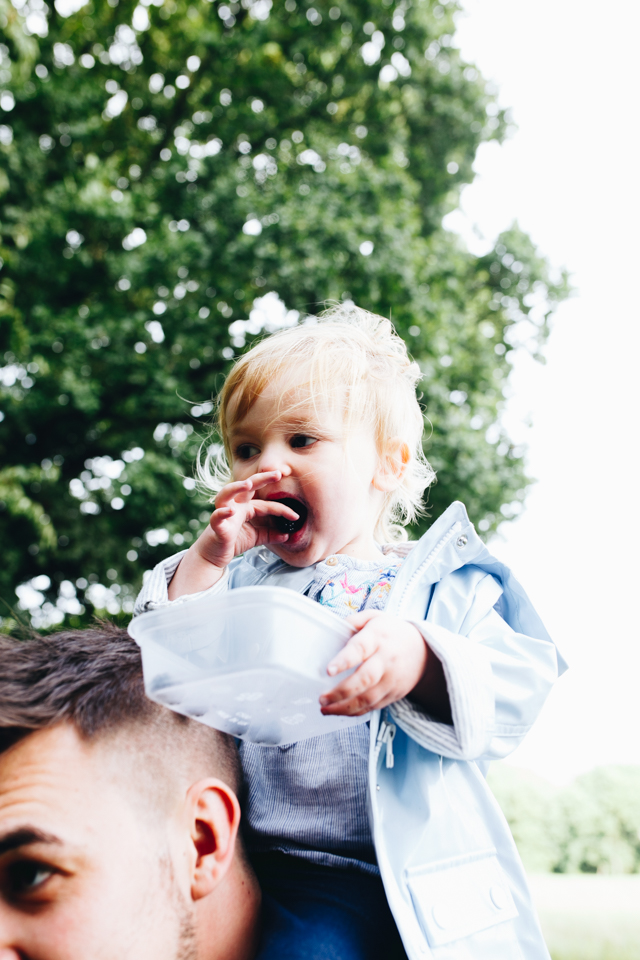 And it isn’t just Ottilie who loves blackberries, but Ted too!

He picks them from the brambles himself, disregarding the red ones and beelining for any that are plump, dark, and juicy. Isn’t he smart? 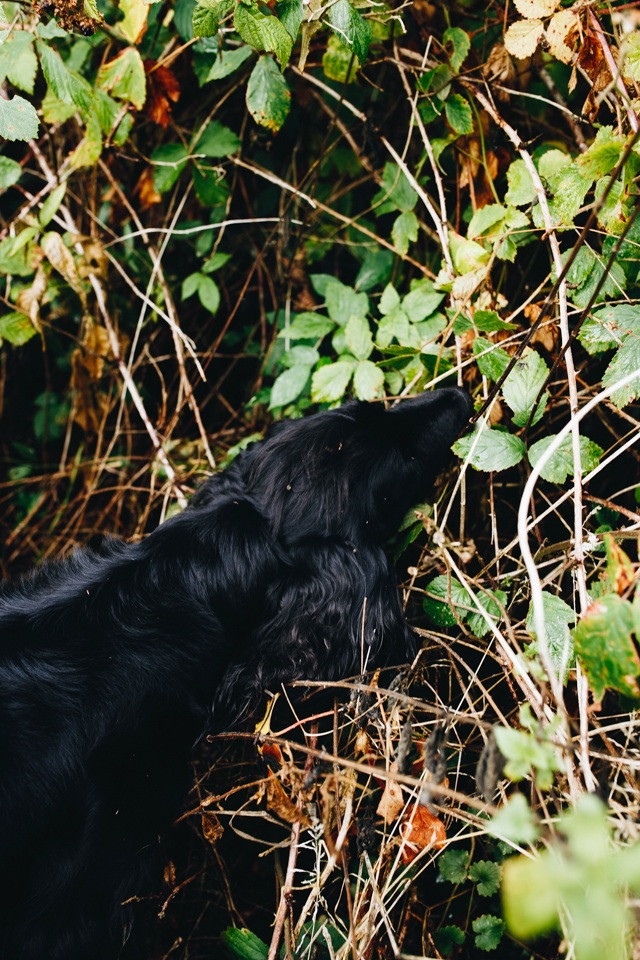 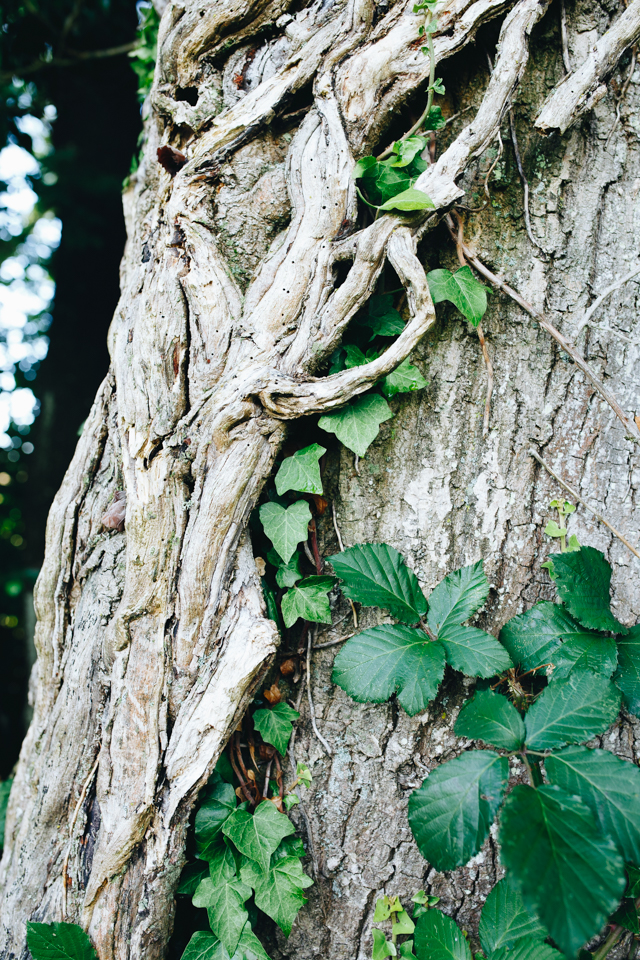 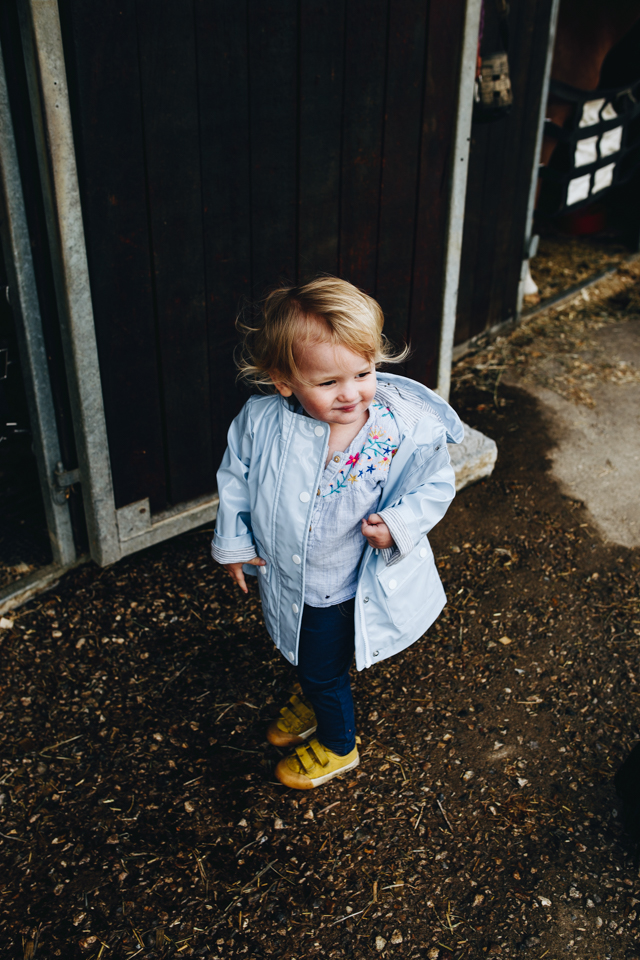 With our boxes and tubs mounded high with berries and a little girl stained purple from face to fingertips, we headed home to get on with making a big batch of fresh blackberry jam!

Recently one of Jason’s Aunts recommended I track down a copy of one of Margeurite Patten’s preserving recipe books, advice I willingly followed not least because Auntie Sue has reputation for making the most delicious jams and chutneys! It’s the most old school book (with imperial measurements which always, always reminds me of cooking with my Grandma!), and a blackberry jam recipe turned out just perfectly for us. We couldn’t wait and tucked into one of the jars the next morning, spreading it thickly onto toast and pancakes at breakfast time. It’s completely and utterly delicious!

And since I’ve already got half a dozen more recipes bookmarked that I want to try, I think we might need to head back out and get picking again soon…

1 Comment
Posted in AUTUMN, COUNTRYSIDE LIFE
Read from the beginning >