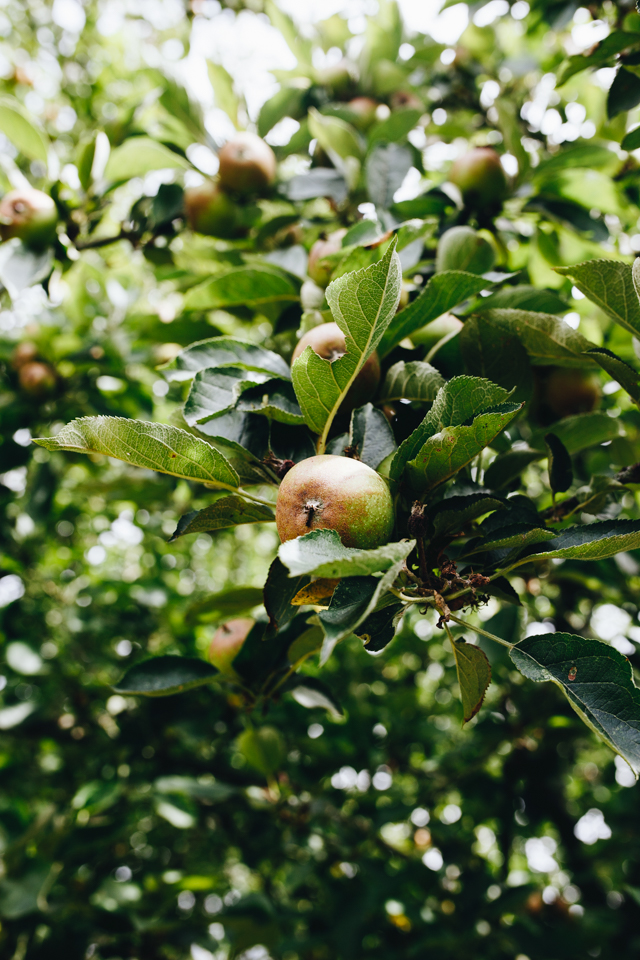 There’s something quite magic about stumbling across something edible, when out in the countryside. I’ve become a bit obsessed with scanning the hedgerows whenever we’re out on walks or driving along the lanes near where we live, watching out for berries or tree fruits or whatever’s in season at the time.

I feel so fortunate every day to live somewhere with such an abundance of wild foods available, and so inspired by our beautiful surroundings to learn more about what edible plants and fruits are growing all around us. 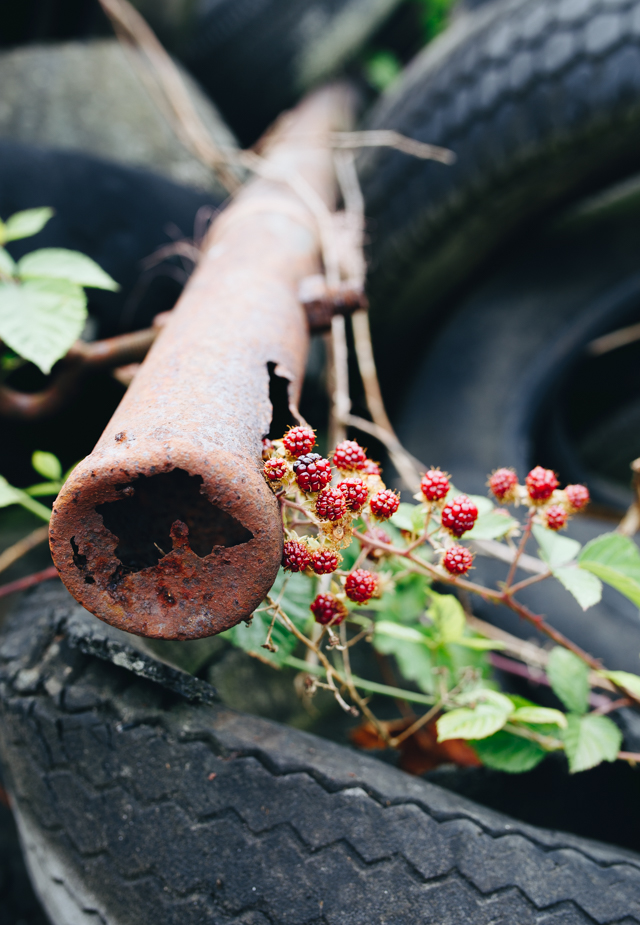 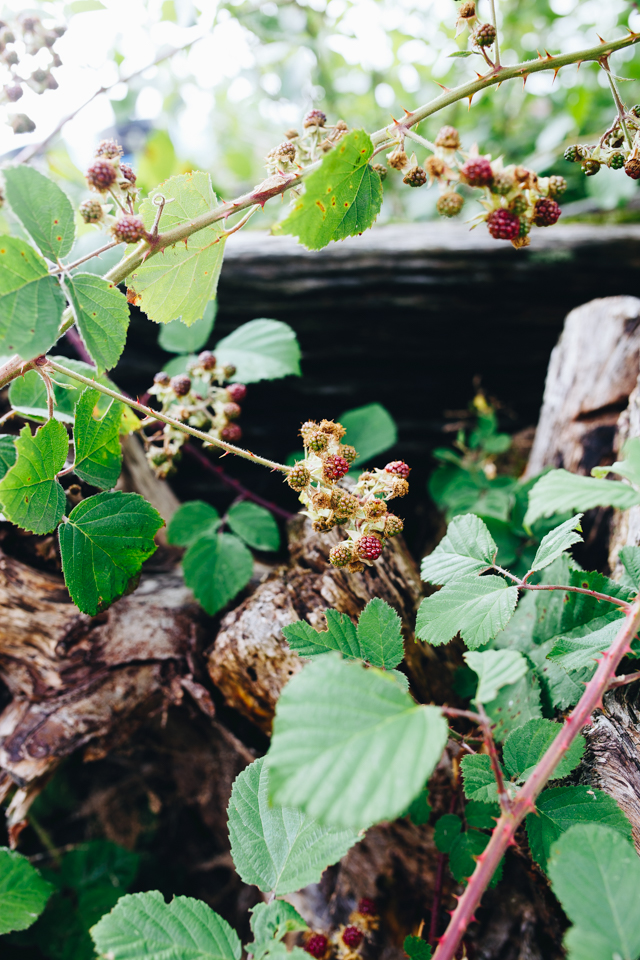 It all began with wild garlic season back in early spring.

A chance sighting of a sea of glossy green leaves whilst driving along the lane about two minutes from home, a hasty stop, and minutes later Ottilie and I were picking as much as we could cram into a bag I found stashed away in my car.

Some went to making a batch of vividly green pesto that I froze into blocks for use over the months ahead (we’ve only just finished it!), and the rest was wilted down, combined with cooked fresh nettle tops that we picked from the uncultivated area of the veg patch, and used to fill homemade pasties for a delicious, iron-rich dinner. 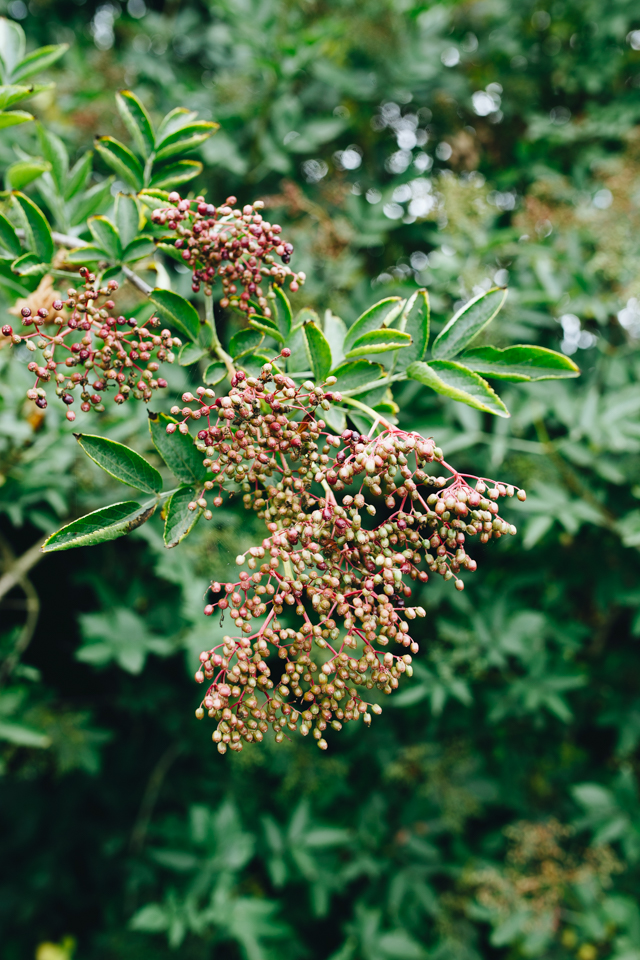 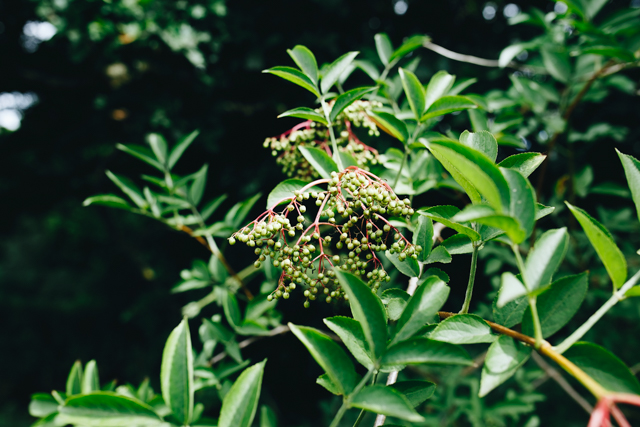 Next came the elderflower.

Side plate-sized sprays of delicate off-white blooms that arrived just as Jason’s hay fever did, leaving him so swollen in the face he looked as though he’d spent a weekend having Botox, not doing something as innocent picking flowers and turning them cordial.

Our rookie adventures in cordial making haven’t been as successful as I’d have liked though. We didn’t realise that we needed to add Campden tablets to give it a long shelf life, and so our bottles have all become cloudy and suspicious looking. It seems a waste to throw it down the drain, but I suspect that might be its sorry fate…

But we’ll try our luck with the berries instead when they ripen later this year. I’ve got plans to make elderberry syrup (apparently a potent homeopathic cold and flu remedy), and elderberry vinegar which, by all accounts, is the most divine cooking ingredient imaginable and as good as the finest balsamics! 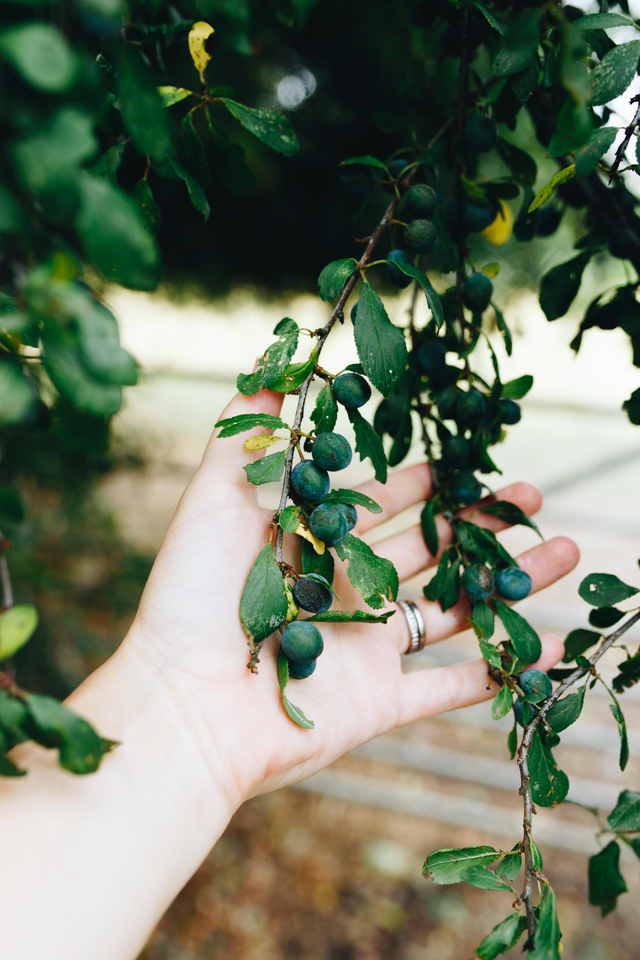 Above, sloes ripening on a blackthorn bush, and below the first of the windfall eating apples. We made sloe gin a couple of years ago and it was the most delicious, warming drink the following Christmas! Hoping we’re able to do another batch this year… 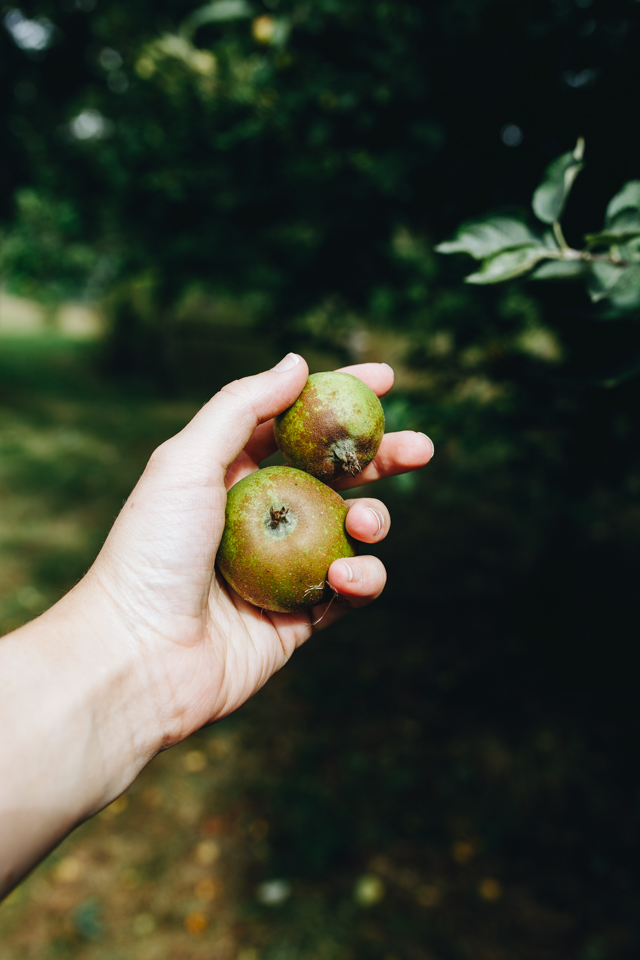 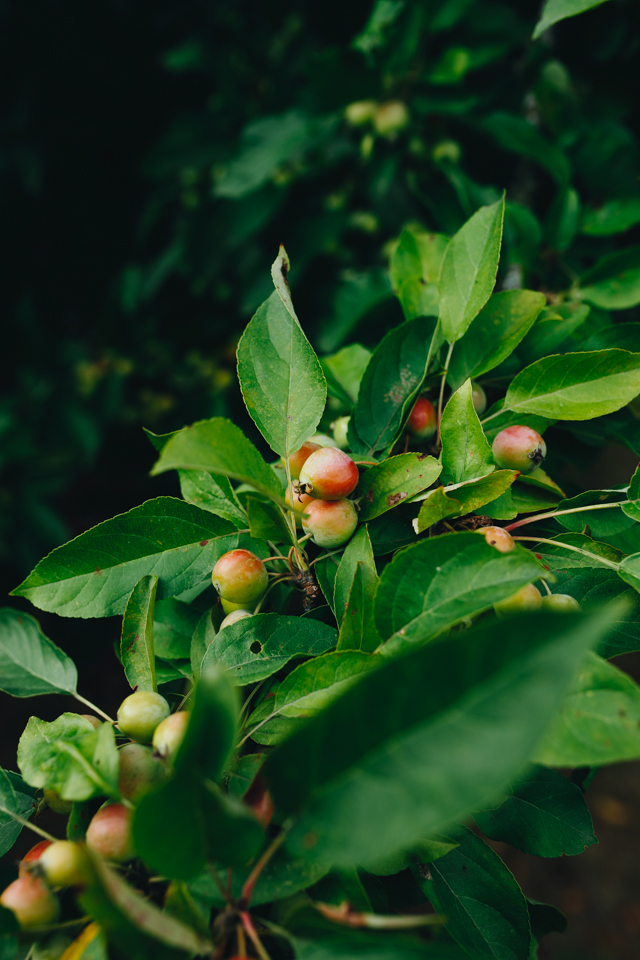 And now, even though we’re only at the beginning of August, the late summer and early autumn wild fruit bounty is looking tantalisingly close to being ready.

The farm track up to our house is lined with both apple and (I think? I hope!) crab apple trees, as well as one tall and statuesque walnut tree. I’ve got grand plans for storing up a freezer full of stewed apples for pies and crumbles, and making as many jars as I can of delicious, cinnamon-flecked apple compote to store through the winter months.

And over from our house, around the stables and up the lane, are more blackberry bushes than we could ever hope to find. I’ve got the fondest memories of going blackberry picking with a little Ottilie on my hip last year, who insisted on a ‘one for me one for the pot’ rule for all the ‘backbees’ we collected together.

This year we’ll be picking blackberries with an Ottilie who can very much help herself, so it’s just as well there’s enough to feed the 5000 all around the farm or else we’d be lucky to get enough for a jar of jam! 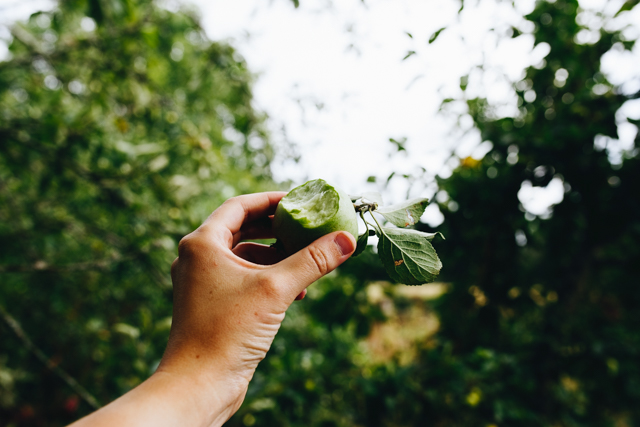 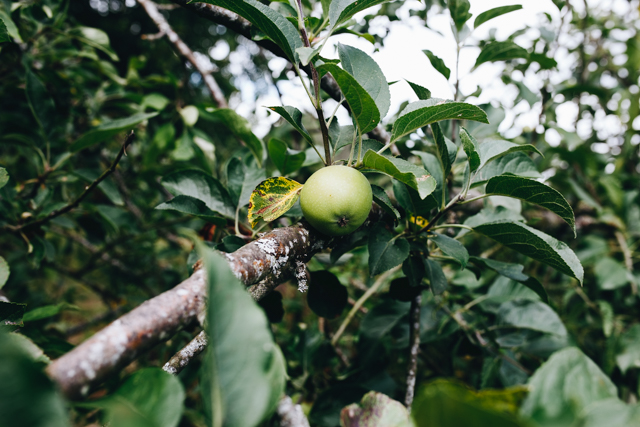 And now that I’ve well and truly caught the foraging bug, I’m so keen to know more about how to eat from the landscape around me!

Do you pick and eat wild foods? Has anyone read any brilliant books about foraging I should know about? And does ANYONE know where a girl can find a damson tree in the Surrey Hills area?!