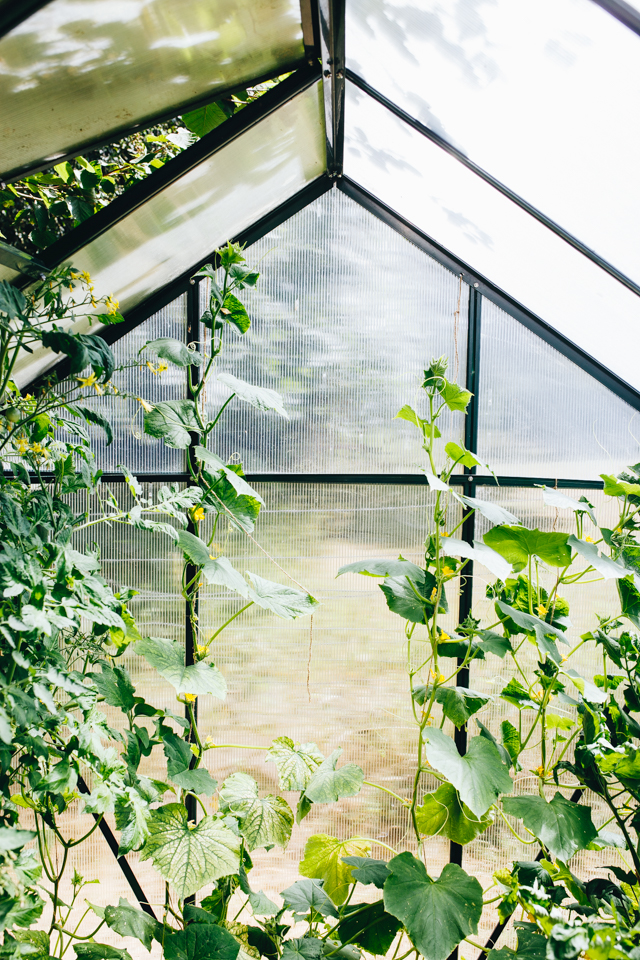 And all of a sudden, the vegetable patch is bearing fruit!

Well, it’s bearing vegetables, and that’s good enough for me right now. In fact, I don’t think I’ve bought a single vegetable from the supermarket in a good month now! We’ve had three kilos of Charlotte potatoes from just six plants (I forgot to weigh the harvest from the first row!), an endless supply of courgettes, the first of the runner beans and our sweet, earthy beetroots (my new favourite crop to grow, they’re delicious!), a slow but steady trickle of sugar snap peas, and more than a few ample handfuls crisp, peppery radishes.

And the lettuces have finally taken off! I think Jason and I might actually start turning green and leafy any day now, because we’ve been eating lettuce every day for weeks and still have masses of plants growing down in the vegetable beds. You won’t catch me complaining though, especially since it took them a while to get going! 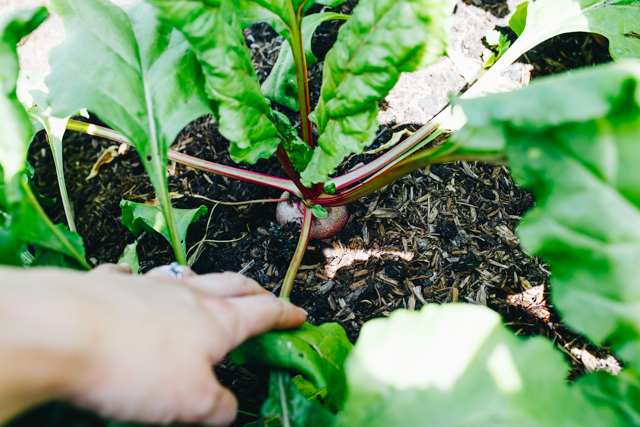 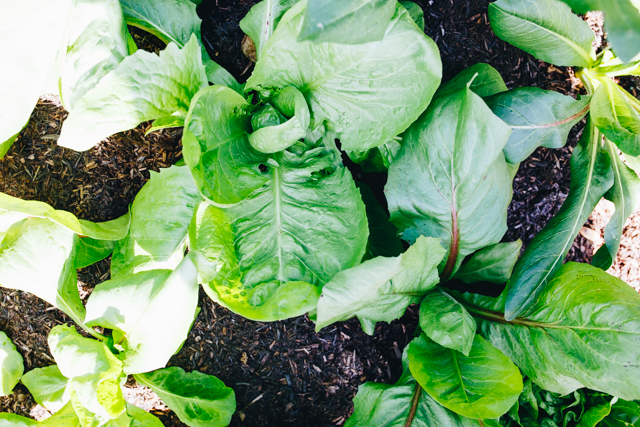 The radicchio plants that were just tiny seedlings in my last garden diary post are now planted out and thriving, and will turn deep red and deliciously bitter once the weather turns cold later this year. They’re destined to be turned into winter salads, perhaps with honey and balsamic-roasted beetroots   and some walnuts from the tree growing just down the lane from our house…

Meanwhile in the brassica bed, I’m just days away from taking a knife to my prize Savoy cabbage! It’s now got a lovely firm heart and looks just perfect with not a bit of pest damage to it, which is truly a miracle what with an army of cabbage white butterflies now on the march! Thank goodness for Enviromesh, is all I can say. And its bedfellows, the ‘Beaumont’ broccoli plants, are  F I N A L L Y forming lovely green heads, the first of which will be ready by the end of the month, I hope.

Who knew it was possible to get so very excited over cabbage and broccoli, hey?! But I’ve been tending to these brassicas since February you see, and so the anticipation has grown and grown over the last six months! 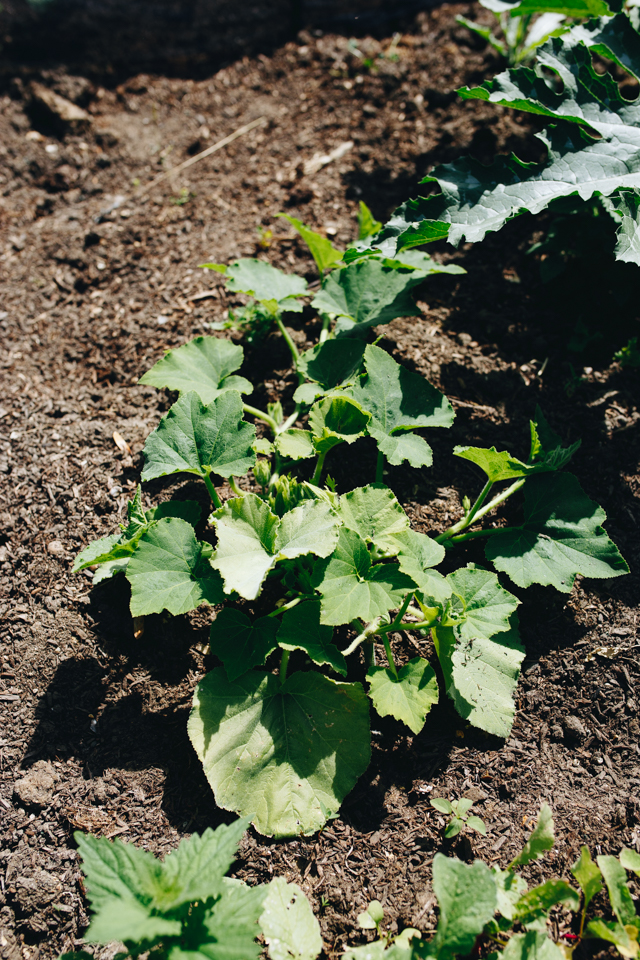 Now that the summer vegetable plants are all away and thriving, I’m turning my attention to planning, sowing, and growing winter vegetables that will take us through the colder months. I’m challenging myself to grow enough food that we’ve something to harvest each month right through to next spring, so we’ll see how I get on!

The butternut squash plants that went in immediately following the First Early potatoes have begun to romp away, and though one is looking decidedly healthier than the other, if I get a couple of decent squashes from them to store for winter I’ll be chuffed to bits! 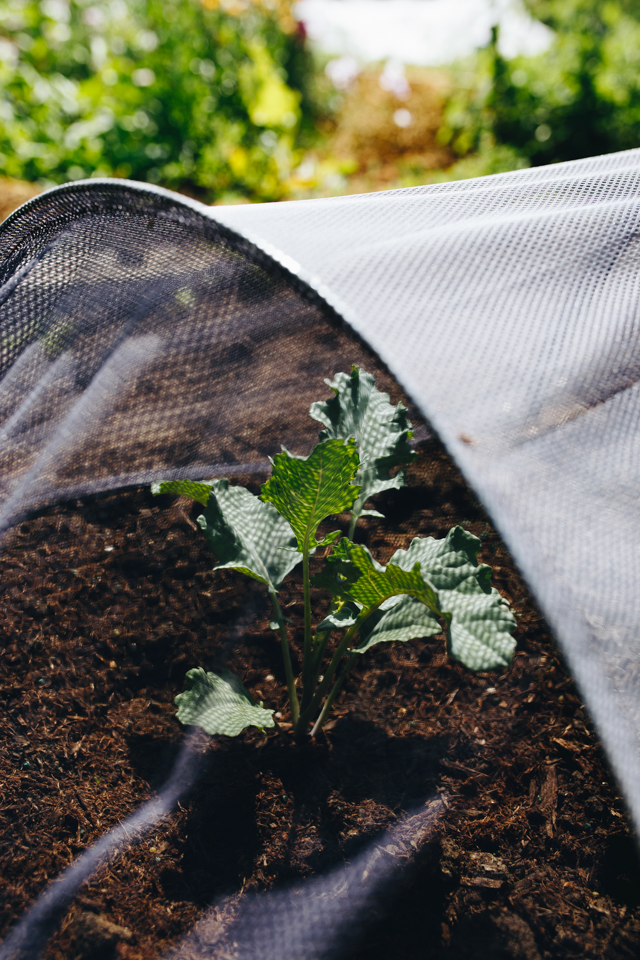 Purple sprouting broccoli above, and below a main crop ‘Sarpo Mira’ potato below that decided to pop out of the soil a few weeks early plus the first ‘Lingua di Fuoco’ borlotti beans that I’m letting dry on the plants ready for winter soups and stews! Yum! 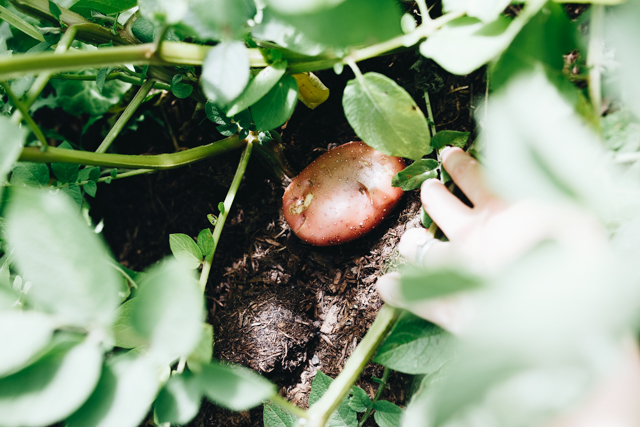 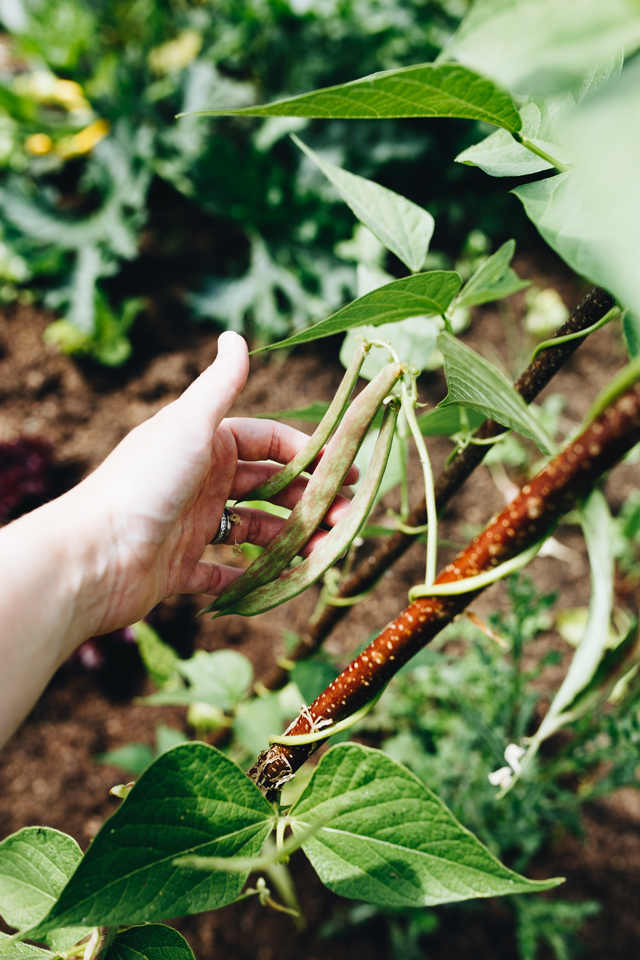 But as ever at this time of year, there’s still lots to sow! So if you’re keen to get outside and grow some food, there’s a plethora of seeds you can be sowing during the next few weeks to provide harvests in the months to come.

- Spring cabbages: a variety called ‘Jewel’, for overwintering and enjoying early next year.

- Winter lettuces and leaves: ‘Winter Density’ lettuce (a ‘gem’ type that copes with frost and can last through winter!), Mizuna and mustard leaves, and wild rocket.

- Spinach: ‘Medania’ is supposed to be an amazing variety for both cooking and salads that gets sweeter in cold, frosty weather!

- Beetroot: ‘Chioggia’ + ‘Boltardy’ varieties both can be sown up until the end of July, for picking in October. I’ve read that they can store in a cool, well-ventilated place for a couple of months too so we could have enough to last until Christmas!

- Turnips: I’ve never even eaten turnips before I don’t think but they’re supposed to be delicious, so I’m planning on sowing a tray and giving them a go! 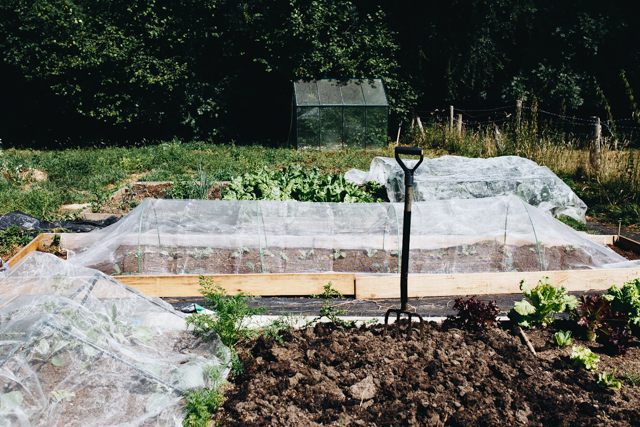 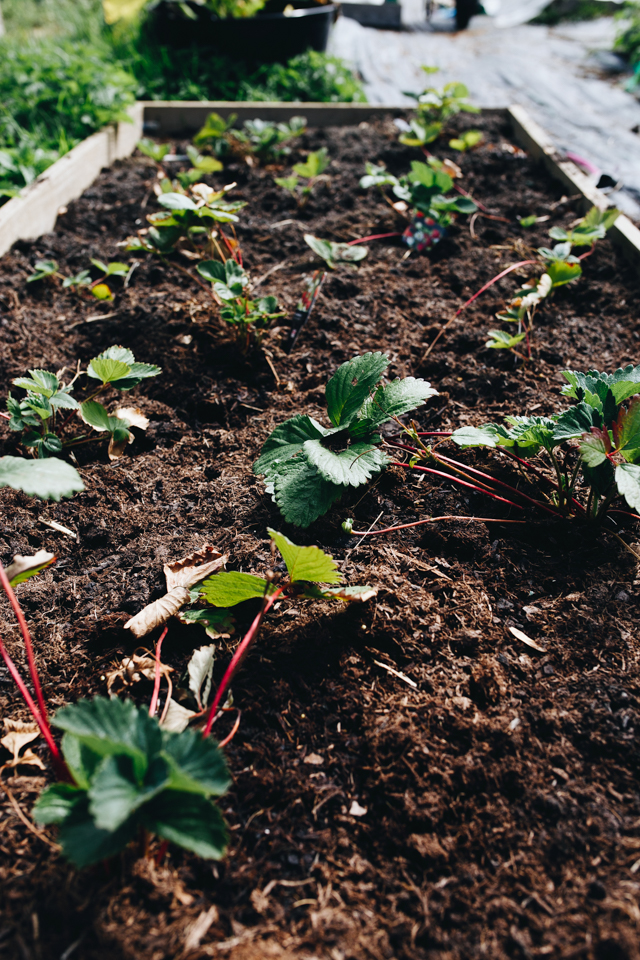 I’ve been busy in the garden this month, not just harvesting, planting, and watering, but creating new growing space too! Jason’s built two new beds in the last few weeks, one for strawberries (which I’ll be netting against toddlers and birds next year!!) and the other that’s currently got swede and kale in, but next spring I plan on using for peas! With a couple of barrowloads of well-rotted horse manure in from the yard plus a few bags of compost, they’re away and earning their keep already!

On the bed-building agenda for the rest of the summer (read: before this growing bump of mine gets so ginormous I can’t do much any more…) are a couple of long beds for the raspberry canes I just ordered from Marshall’s that arrive for planting in November, and two smaller, square beds for next year’s squashes and carrots. 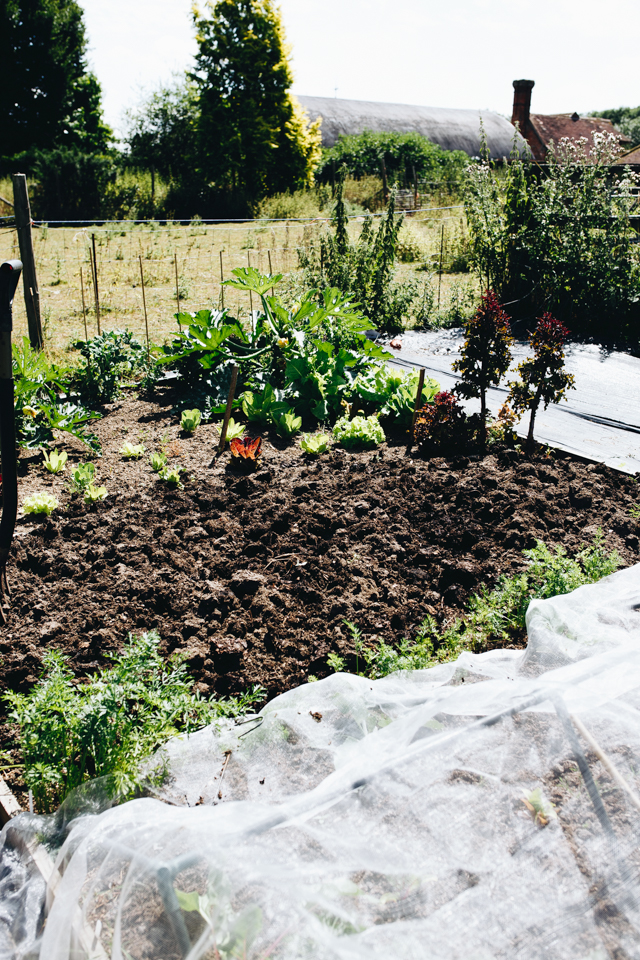 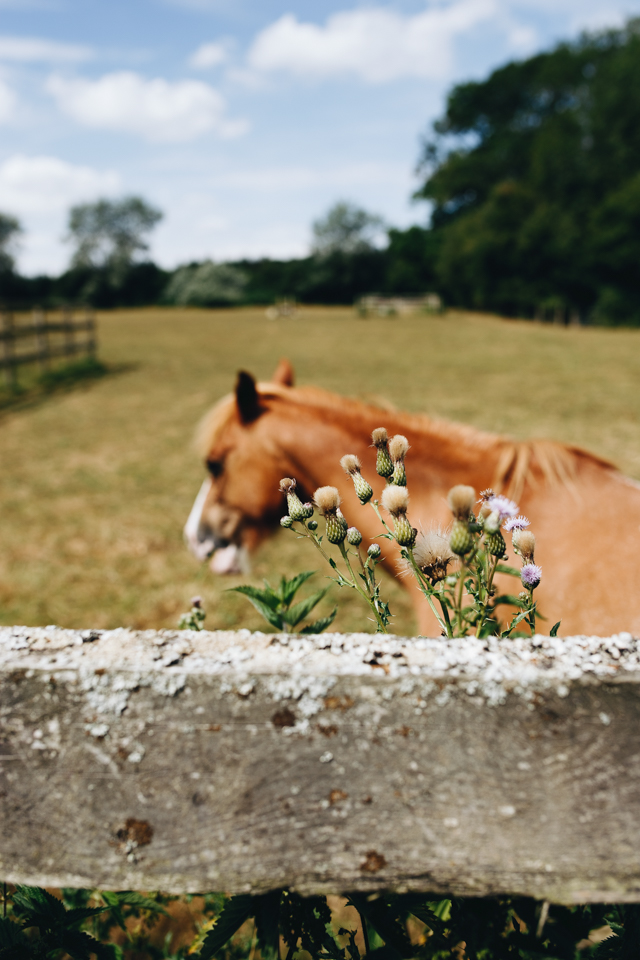 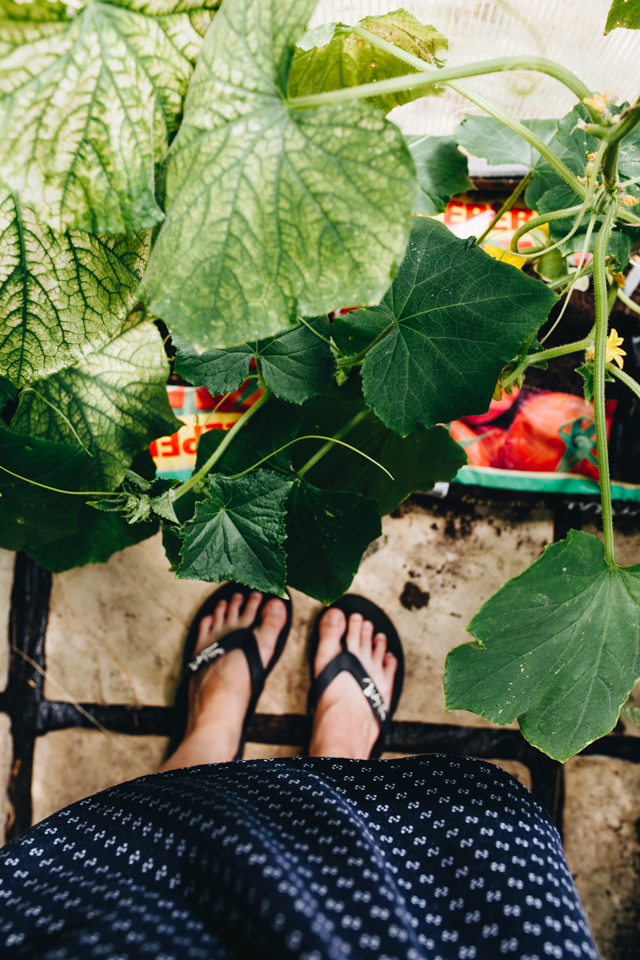 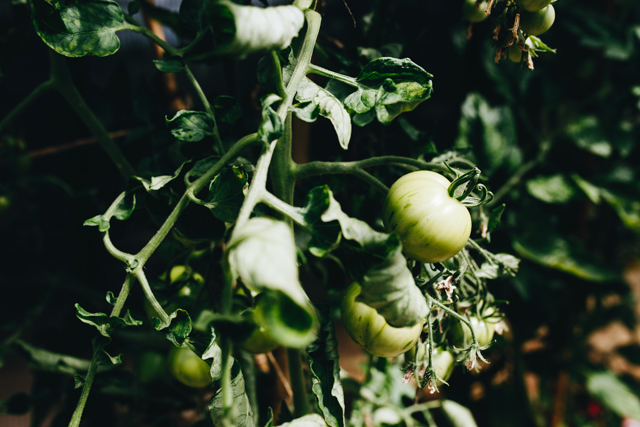 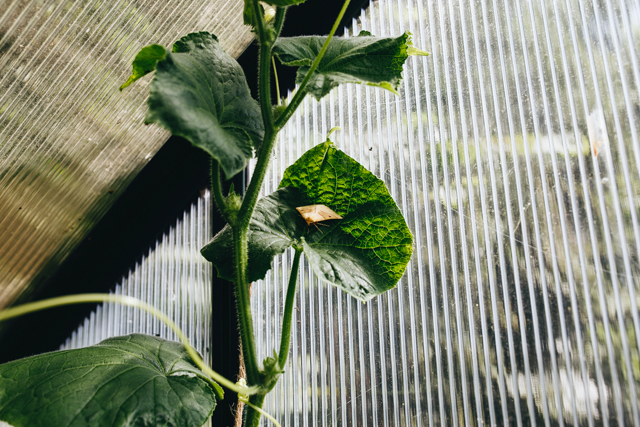 Oh, and I can’t round off this post without a quick trip to the greenhouse! Still just as jungle-like, but beginning to offer up a promise of fruit to come…

The tomatoes have been forming a little patchily thanks to my slightly shoddy watering schedule, but the cucumber vines are covered in baby fruits which makes me so excited! The ‘Crystal Lemon’ variety are my most-eagerly anticipated, with promise of rounded cucumbers that have a lemony tang.

It took me two rounds of failed seedlings to get these babies on their way, so the very first taste of homegrown cucumber this year will taste like pure determination I’m sure! 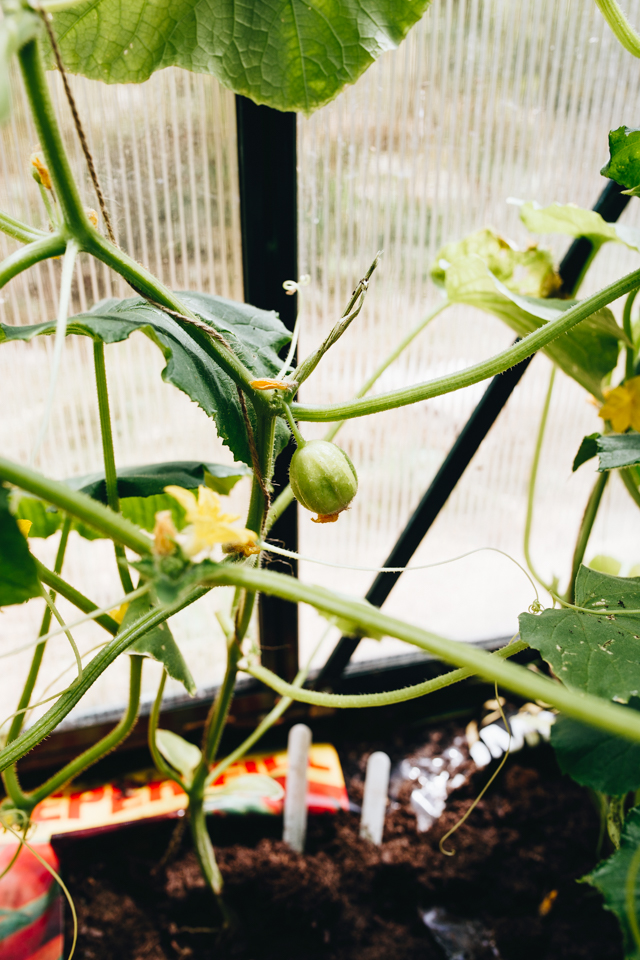 On final recommendation before I go, for anyone looking ahead to next year already (I know I am!) and planning what to grow- James Wong’s wonderful book ‘Grow for Flavour‘!

Jason bought it for me a couple of weeks ago on a whim, and it’s absolutely brilliant. It breaks vegetables and fruits down into categories, explaining about the varying flavour and nutritional characteristics of different varieties, and how to get improved flavour from the crops you grow. It’s been the most fascinating read, and I’ve taken so much away from it in terms of what I want to grow myself next year!

It would be a brilliant read for anyone looking to get started with a veg patch, allotment or just some container gardening next year, alongside Hollie Newton’s ‘How to Grow‘ which I always recommend to beginner veg-growers.

What’s growing for you, this month? And is anyone else dealing with an army of aphids and cabbage white caterpillars trying to eat your brassicas down to stumps before they even get going?!

6 Comments
Posted in GARDENING, KITCHEN GARDEN
Read from the beginning >