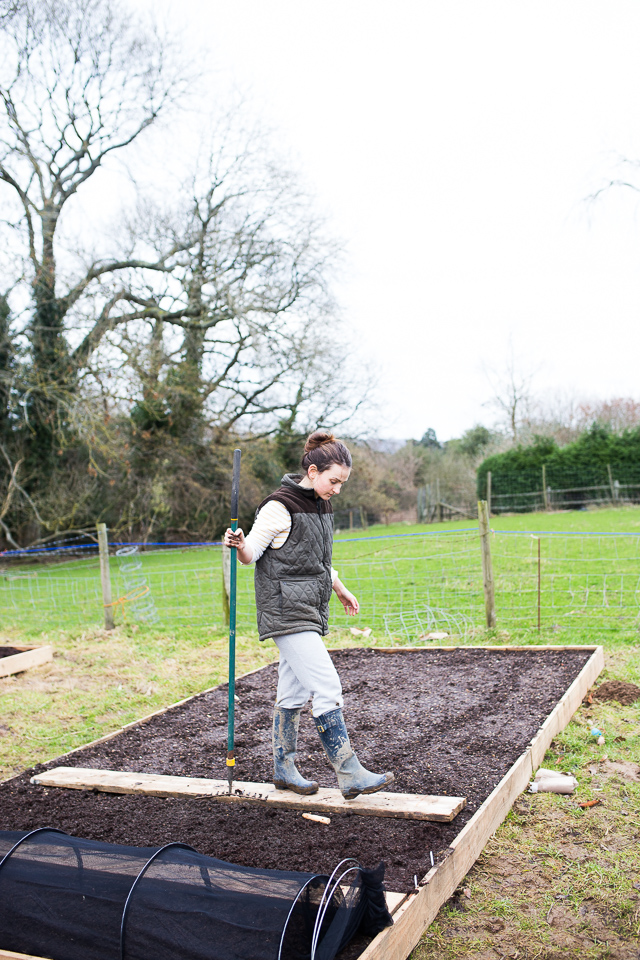 The beds are finished and filled. Finally! It’s taken us a full month to complete, in scraps of time stolen whilst Ottilie naps and between our work and the household chores and trips out as a family.

The first lorryload of compost was delivered five days before Christmas, and carrying it all round to the vegetable patch round the back of our house one wheelbarrow load at a time was the most arduous task imaginable! During one of the days I spent trudging back and forth fetching soil and tipping it out into the beds, I managed to walk 7 whole kilometres without ever leaving our garden!!

There’s still such a lot to do though, it’s a little overwhelming! Our soil is heavy clay and seems to be slug central (heaven help me and my lettuces this summer!) so I need to copper tape the edges of the beds, the perimeter fence needs rabbit-proofing, and I’m also desperate to lay some pathways to suppress the nettles that are already popping up all over the place!

And possibly more urgently, I need to find a way humane of deterring the moles that have started creating mounds in one of the beds I so painstakingly filled and raked smooth. No doubt they’ve been tempted along by all the worms in the layer of sheep manure that’s spread along the bottom of the bed! 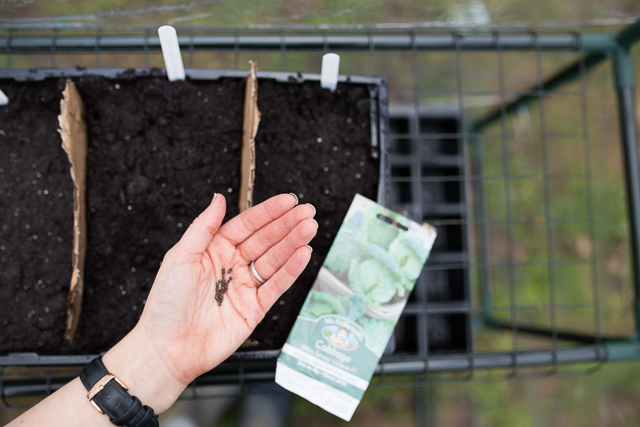 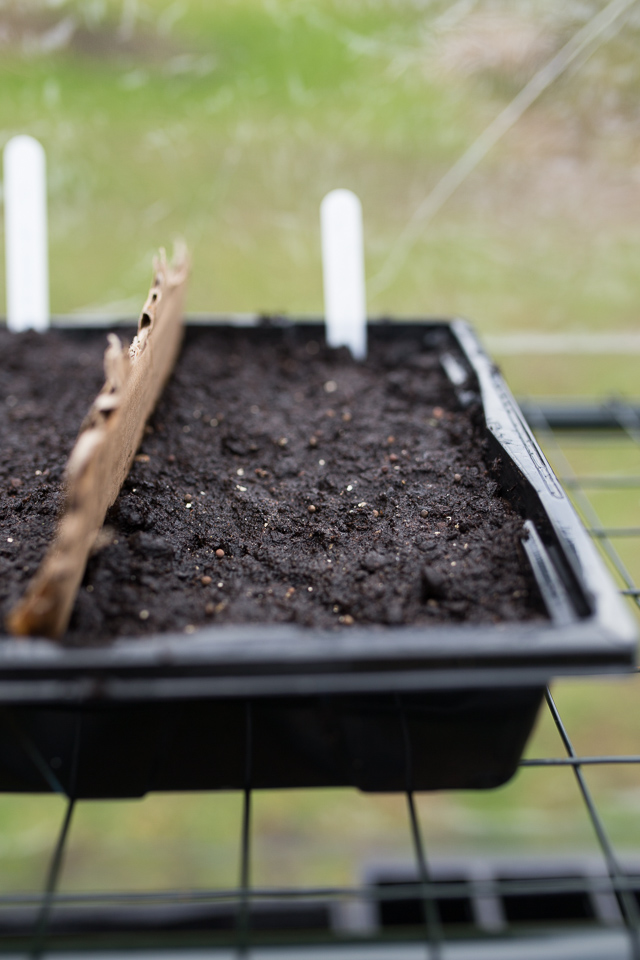 But first things first, time to sow the first seeds of the year! My ‘to sow’ list for January has been as follows:

The garlic went directly into the bed in a double row at the beginning of the month, and almost all the shoots are now up and poking their tiny green tips through the soil! It’s a happy sight.

These I’m hoping to sow successionally over the coming months, to give us a long harvest of leeks starting later in the year and continuing through next winter. I’m also going to test out a technique called ‘multi-sowing’, where a clump of young plants is placed into one position (instead of the traditional one plant per position) and then the leeks can be picked and eaten as they mature one by one. An unclear explanation I’m sure- have a look at Charles Dowding’s videos on YouTube for a much better demonstration of the technique!

This will be my first time attempting cabbage (last year I didn’t have space for any winter veg in the tiny garden of our previous house), so I’m a bit nervous about keeping the dreaded cabbage white butterflies away from my crop! I’ve invested in a large sheet of Enviromesh (pricey, but brilliant by all accounts!) and plan on planting the cabbages next to carrots (which will also need netting against carrot root fly), to kill two birds with one stone! Or rather, deter two pests with one big net…

The sowing instructions on these say outdoors from February, but I thought I’d pop a few in a seed tray and try to raise some nice strong, healthy baby plants in the greenhouse to be planted out in a month’s time! If it doesn’t work or they get nipped by frost, then hey! I’ve only lost a handful of seeds. 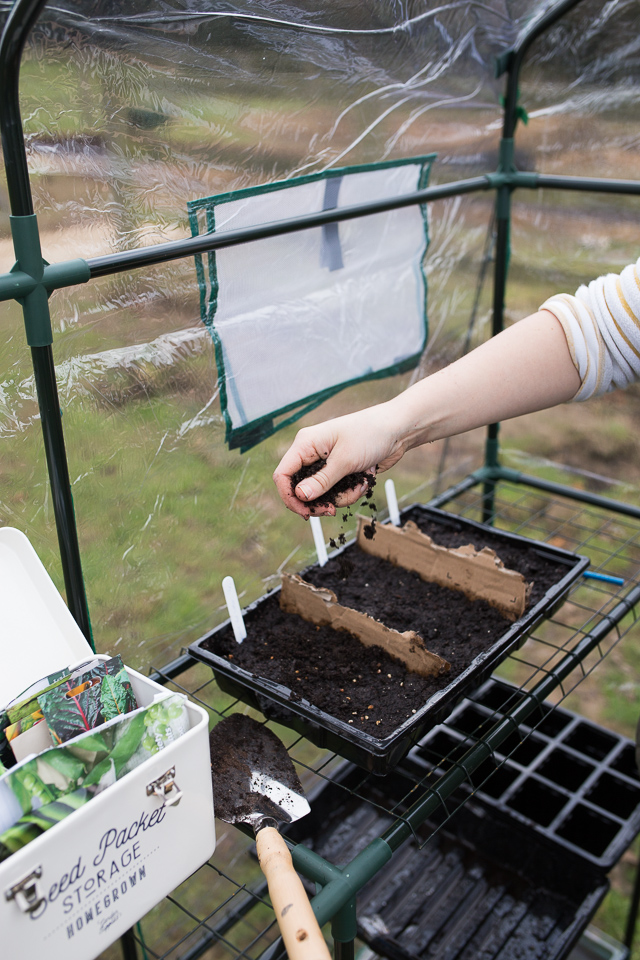 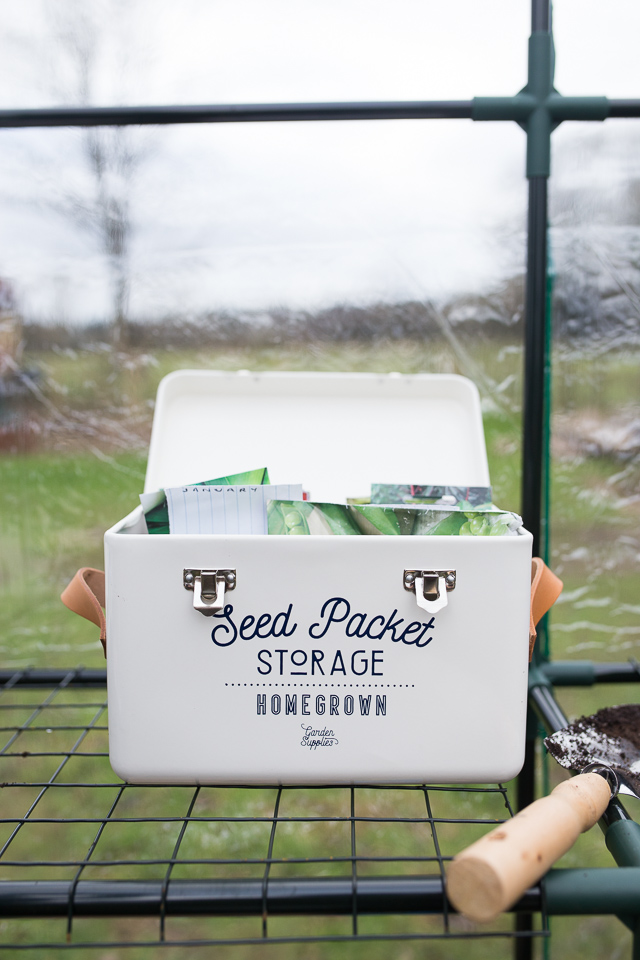 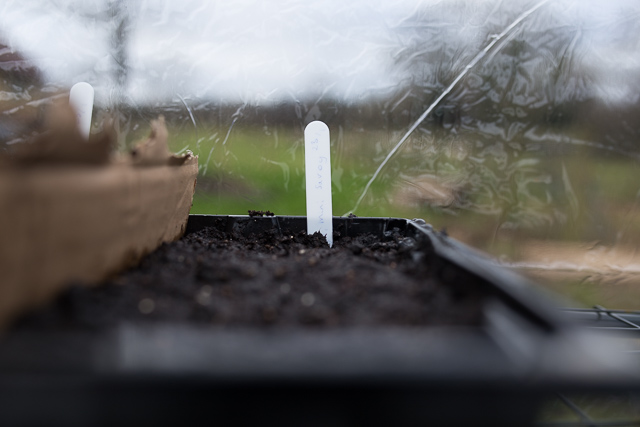 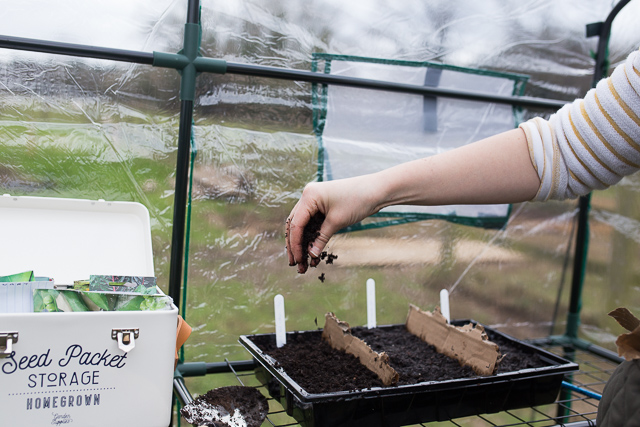 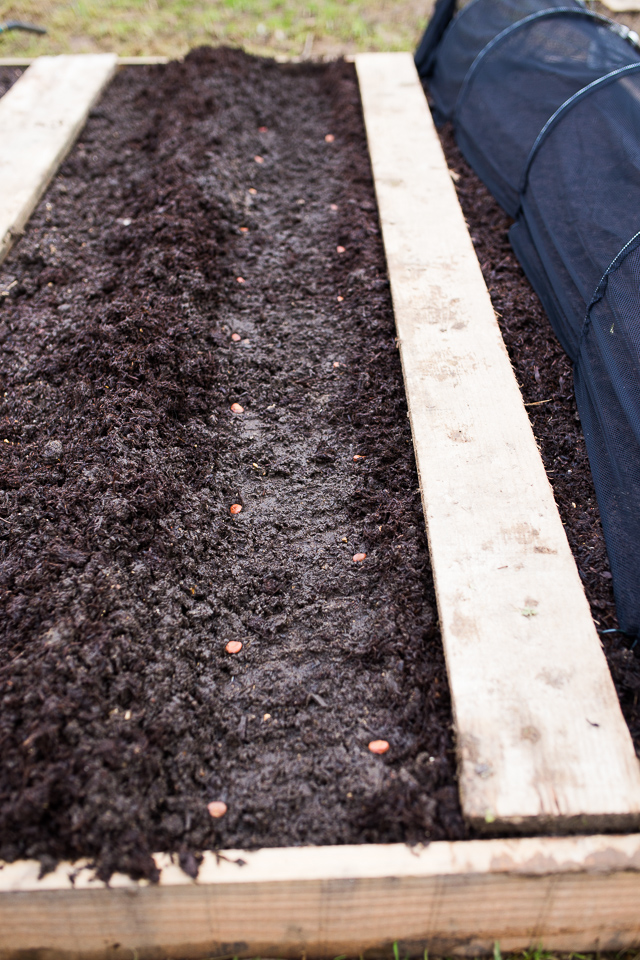 And lastly, to the broad beans!

I sowed a tray of broad beans (the variety is ‘Aquadulce’ in a modular seed tray back at the start of the month, but have since learnt that our dining room and kitchen definitely don’t get enough sunlight to raise healthy plants! The seedlings have grown so stupidly tall and leggy that some have keeled right over, so it’s off to the compost bin for them and onto a new batch!

This next lot I’ve sown direct into the bed next to the garlic, and am keeping my fingers crossed that they grow well! I’ve heard that mice like to make a meal of broad bean seeds, so it’ll be just my luck to find out that alongside the slugs, snails, moles, and rabbits, we’ve also got mice to contend with too!

If the broad beans do well though they’ll be one of our earliest crops of the year, with the beans ready in late spring. They’re so delicious added to risottos, pasta sauces, and whizzed up into falafel and hummus, so I’m desperate for them to do well! 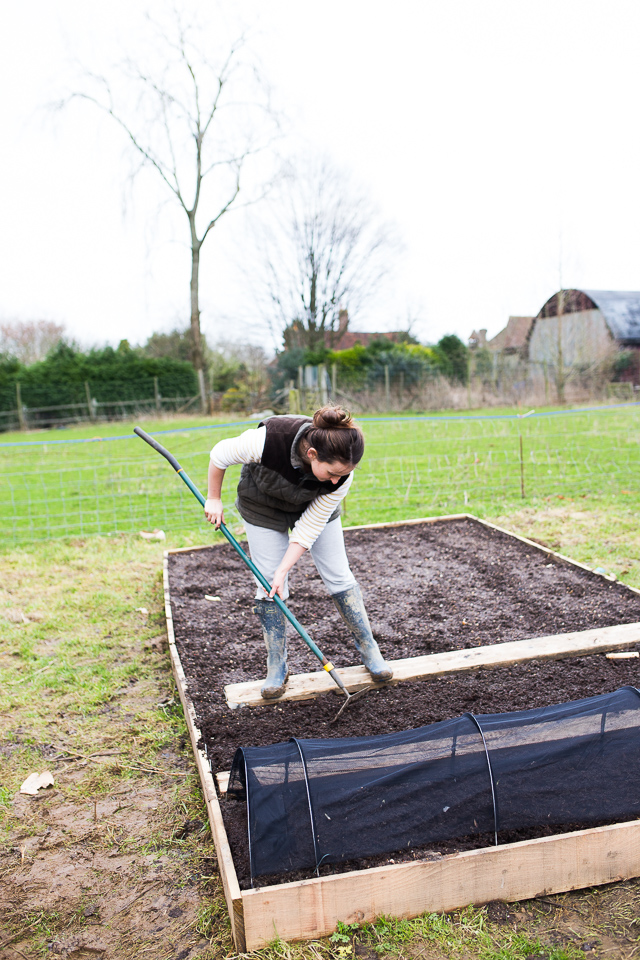 And that’s our progress for the month! I’m so, so ready to start eating homegrown food again. The crisp lettuces and tender beans and shiny courgettes of last summer feel like a distant memory already.

So here’s to Spring!

What’re you growing this month? Are you hoping to grow any fruits or vegetables this year?

14 Comments
Posted in GARDENING, KITCHEN GARDEN
Read from the beginning >