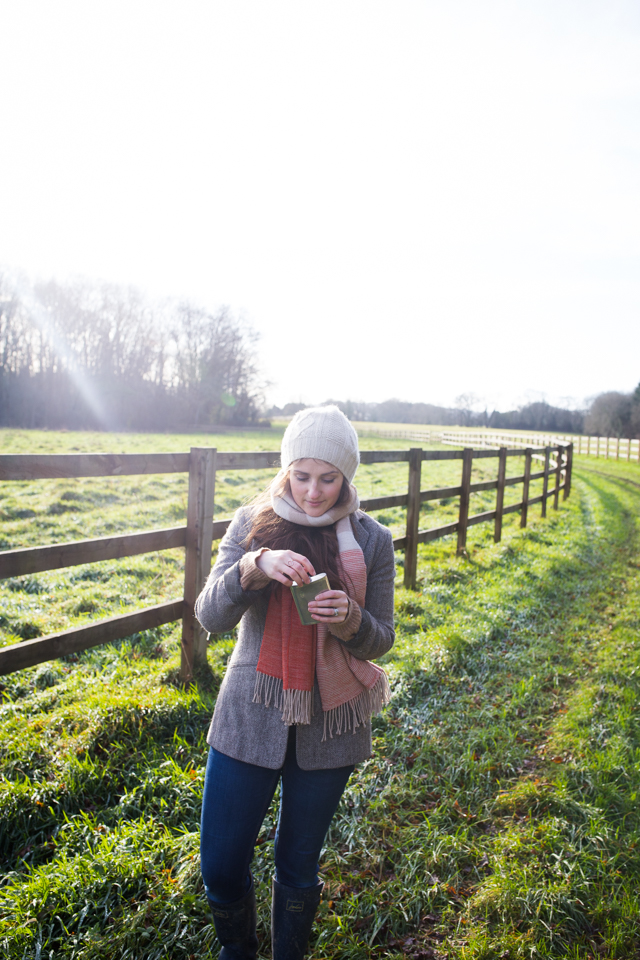 Go vegan!
Probably the biggest lifestyle change I’ve made this year has been to go vegan, and it’s been such a positive, joyful change in my life. I feel as though it’s led me to engage with food in a completely different way- not only am I a better cook now as I’ve learnt to be far more adventurous and creative in the kitchen, I’m so much more switched on to nutrition too. And not just mine, but since Ottie eats a vegan diet also and Jason too eats vegan for all our shared meals, the nutrition of our entire family! As well as seeing benefits to my health and wellbeing, it’s led me to become more conscious of my impact on the planet and take steps to live in a more environmentally friendly way. I feel like I could write a whole post, (or even a whole series of posts!) all about this, so please do shout if you’d like to see more!

Find a love of gardening and growing vegetables
I’ve always adored the idea of growing my own vegetables and fruit, but never really imagined it was something I could do. I remember telling Jason back in February of 2017 that I’d bought some courgette seeds, and he was sceptical that my interest in the whole project would last longer than it took me to plant the seeds and then promptly kill them off!! ;) But lo and behold, by midsummer I not only had a supply of courgettes coming from my little garden that was so plentiful I was handing them out to everyone in our street (Crazy Courgette Lady, that’s me…) but I also was growing runner beans, cucumbers, lettuces, carrots, cucumbers, potatoes and so much more. It’s become such a passion that Jason’s even picked up the bug too now, and we’re in the process of building several huge raised beds for all my fruit and veg and had a lorryload of compost delivered just a couple of days before Christmas! I honestly can’t even tell you how excited I am for the growing season to begin this coming February so that I can get gardening again.

Get back to a workout routine
This year I not only got back into a routine of weekly Body Balance classes (I’ve been banging on about how much I adore Body Balance for years now, it really is my favourite!), but I also discovered Body Pump! I was so nervous before my first class since I’d never really worked out with weights before, and though it’s tough, it’s also the biggest endorphin rush and such a great workout! I’m looking to find decent classes round where we live now, so that I can get back into the swing of regular classes. My biceps have never looked better than with a weekly hit of Body Pump!

Breastfeeding my baby
Ottie’s now completely stopped feeding from me and my boobs have shut up shop for now (what an image…), but we managed an entire year of exclusive breast feeding and about 14 months of feeding all in all. It’s honestly been one of my proudest achievements, and I never imagined I would feel this way about breastfeeding at all! It wasn’t something I felt especially passionate about prior to getting pregnant, and doubted whether I’d be able to do it at all. It wasn’t easy at times, but to look at my little girl and know that not only did I grow her from the tiniest little dot of a being, but that my body nourished her for the first year of her life? It makes me fill with pride! <3

Get organised!…(kind of)
This kind of seems like a silly one, but this year I’ve learnt a couple of tricks that’ve honestly changed my life when it comes to keeping on top of all the household life admin that can become such a chore. Firstly, meal planning! I used to write out our week’s meal plan on a random note on my phone or in a notebook, and then never really look at it again once we were done with that week. Now, I keep a running note on my phone in Evernote (my favourite app!!) with each meal plan listed in there as I write them, so that I can look back at what we’ve eaten in previous weeks when I get stuck for inspiration. It’s honestly been a total time saver! The second trick is to keep a couple of microfibre cloth (and a can of polish, if you fancy) stashed in different rooms of your house, so that you can have a quick whip round every couple of days rather than feel as though the cleaning jobs are piling up and the house is getting on top of you. Such a boring life lesson to learn, but it’s totally changed my game when it comes to keeping the house feeling clean and not getting bogged down by the never ending chores!

Print photos!
This year I made it my mission to not only print out all my favourite photos, but to put them all into proper albums with a date and a little note written for each picture too. And I did it! I use the Truprint app because it makes it so crazy easy ordering straight off your iPhone (not an ad, just a recommendation!) and just bought a couple of big cheapo albums from Boots to put all the prints in. It’s so lovely to flip through tangible photographs, and hope that the little notes and dates next to each print will make it more fun for Ottilie to look back through the albums in years to come.

Embrace my post-baby body
This hasn’t always been an easy one, but I feel that this year I’ve got to a really happy, healthy place with my body. Going through pregnancy, childbirth, and then the postnatal period is a huge, huge thing for your body to deal with, and I found it hard at times to look at my figure and see such a different shape to the one that I was used to pre-baby. But it’s true that it takes the best part of a year for a mother’s body to grow a baby, and a year to readjust afterwards too.  Stopping breastfeeding, making some slight readjustments to my diet (simply being a little more conscious of how many sweet treats I was eating back at the start of the year), and getting back to a workout routine all kind of coincided so it’s hard to know what’s led to my body getting back almost to how it was before, but I’d say it’s kind of, nearly there. But the biggest, most positive and powerful change for me is that I’ve come to embrace the fact that certain things probably won’t ever be the same again, and that’s okay! My body created my daughter, and I can’t be mad about the soft skin on my tummy or the wider hips I know possess when I got Ottilie out of the deal, can I? <3

8 Comments
Posted in Uncategorized
Read from the beginning >