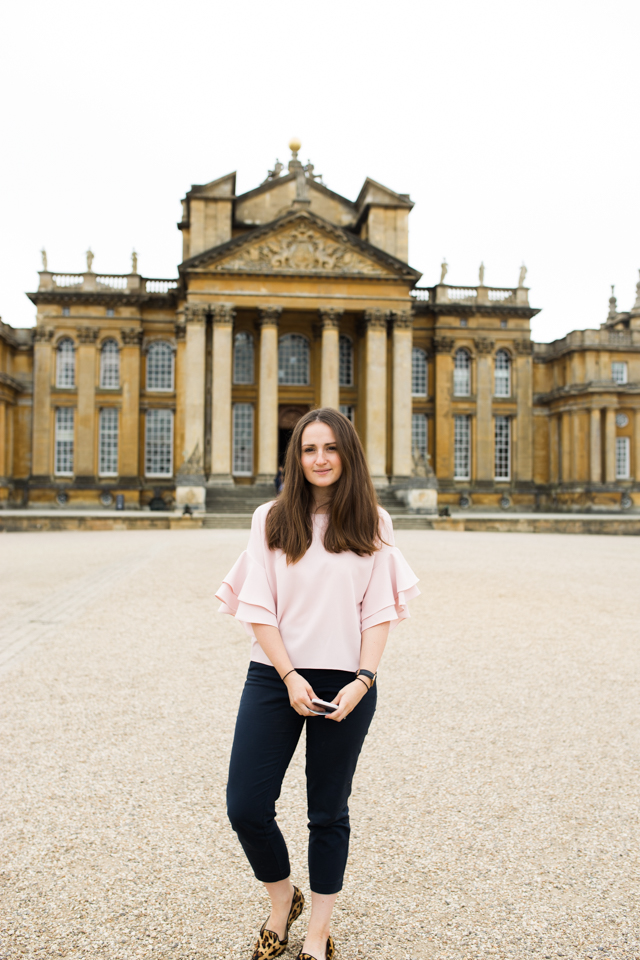 As anyone who runs their own business will know, one of the biggest challenges is to take time off. Hence why it took me 6 months of pestering to get Jason to finally put a free week in his diary! We’d hoped to make it out to France to be with Tania and Freya, but since Ottilie’s passport didn’t arrive in time (boo!) we decided to just schedule in a load of family days instead.

It turned out to be one of my favourite weeks we’ve had together since Ottilie was born. We took Ottie swimming (she’s a water baby!), we had lunches out together (Franco Manca forever), we tag-teamed childcare to steal an hour to ourselves here and there…and, we day-tripped it over to Oxford for a visit to Blenheim Palace! 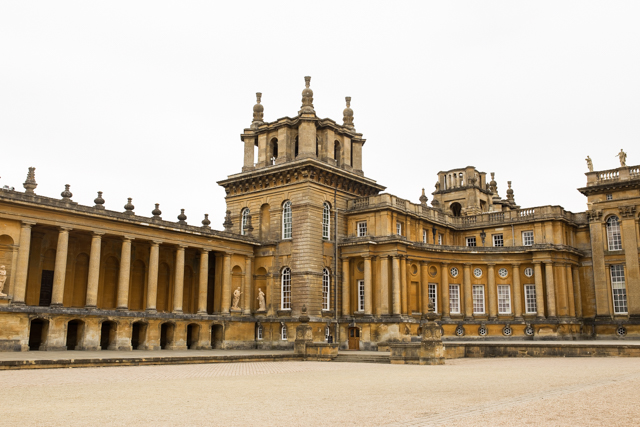 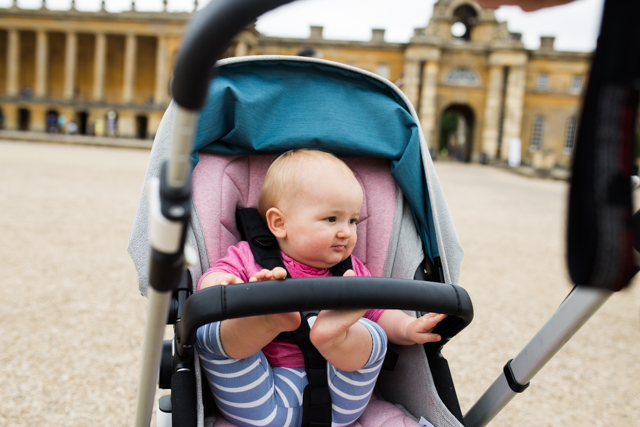 The palace was easy as pie to get to, about an hour and a half’s drive from where we are in Surrey. We packed up a picnic, got on the road right when Ottilie was due her morning nap, and she snoozed the whole way! (Tell me it’s not just us who has a car-hating baby? If she’s awake we have maybe a 5-10 minute tolerance period before she wants out, and she isn’t shy about vocalising her feelings!!) 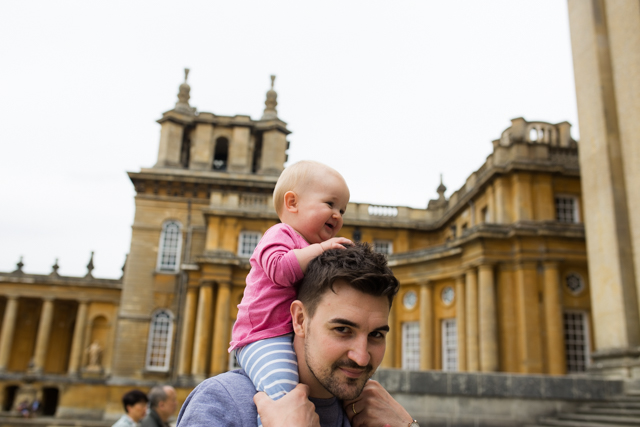 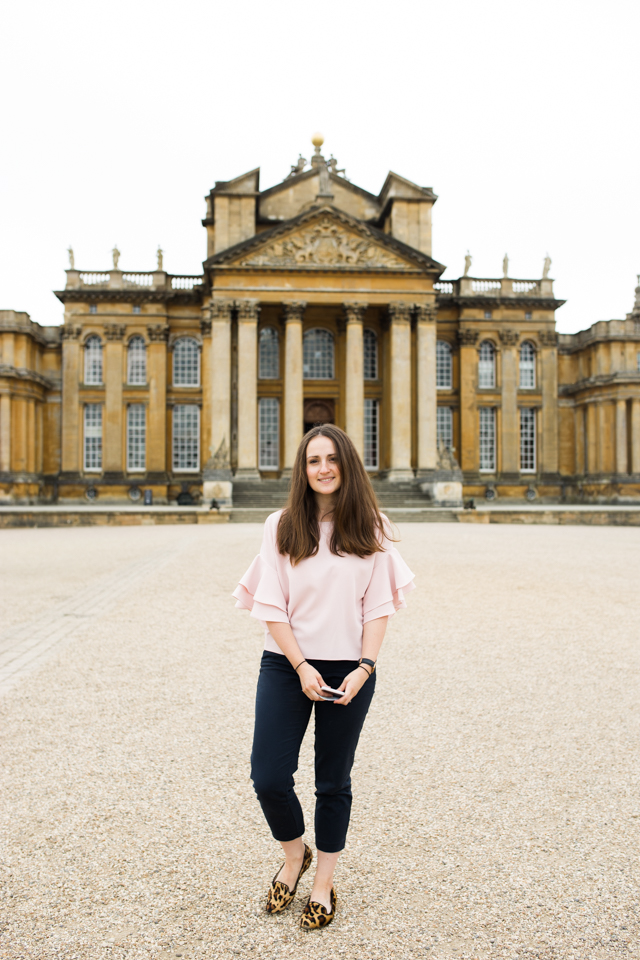 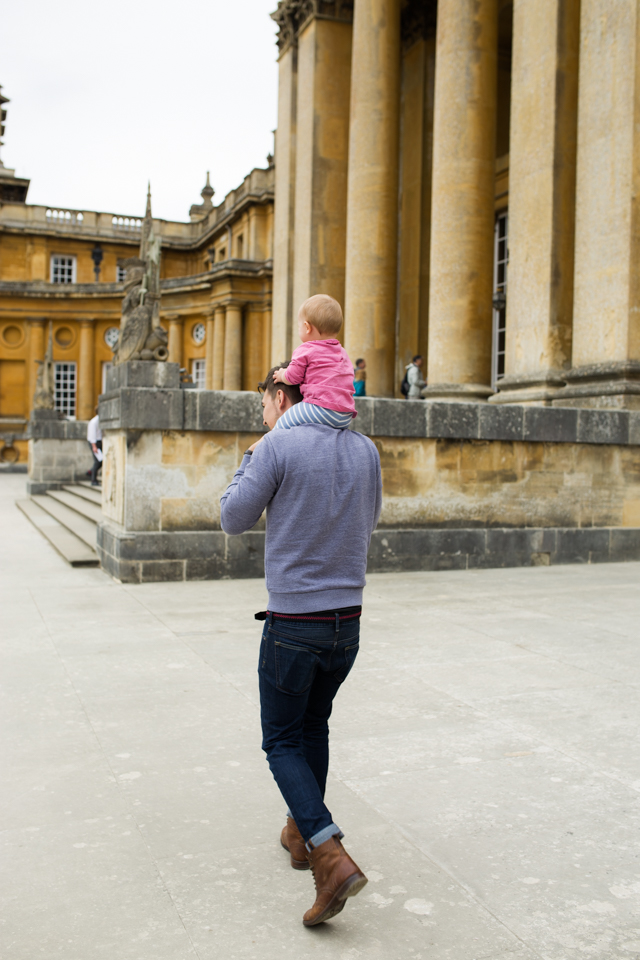 ^^ Those two <3 Ottilie LOVED spending a week with her Dadda, and when he left for work this morning she was so sad. It was the cutest thing <3 ^^ 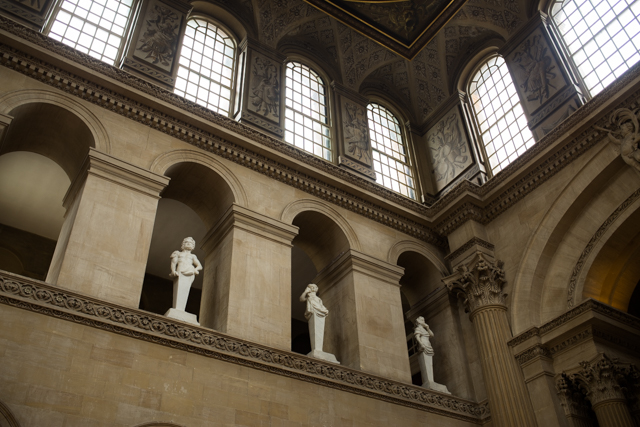 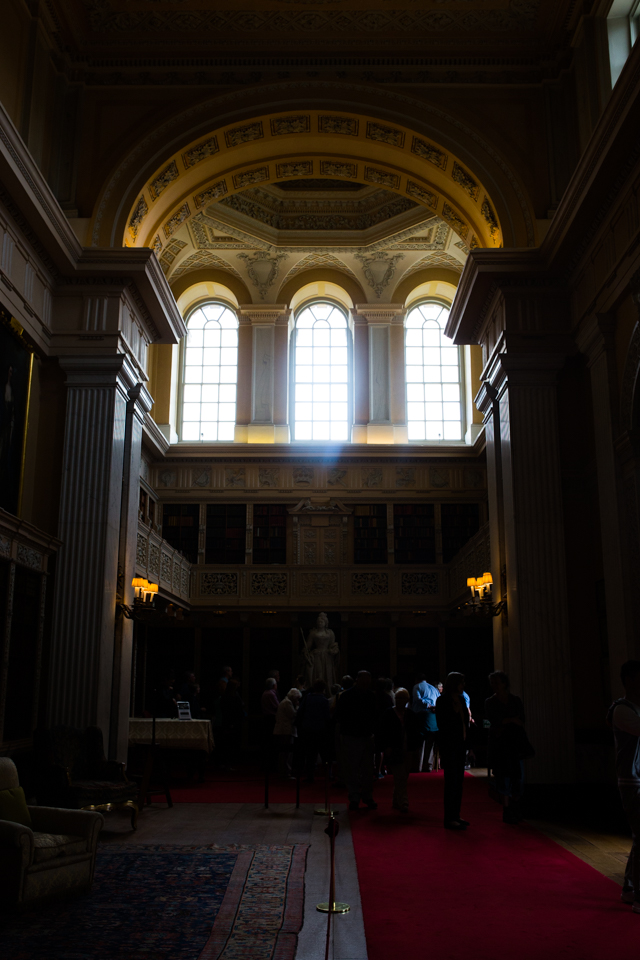 Blenheim Palace is Churchill’s birth place and childhood home, and is without doubt the most beautiful stately home I’ve visited. We decided not to take a proper tour round the state rooms since we knew we’d end up missing most of it as we juggled Ottilie between us, but there was so much information laid out all round the rooms that I still felt I came away having learnt so much. Did you know Churchill predicted the day he was going to die?! And he was once heard to say ‘All men are worms, but I believe I am a gloworm!’. I love that!

Since we were there midweek the place was quite quiet, so in one of the empty rooms we let Ottilie have a whizz around on the floor since she was tired of being carried. We thought it’d be fairly quiet and discreet and that she wouldn’t get in anyone’s way…until she realised that the room had an amazing echo, and so spent a good five minutes shrieking and chatting to the ceiling. I’ve never known a baby love the sound of her own voice as much as Ottilie does, honestly! 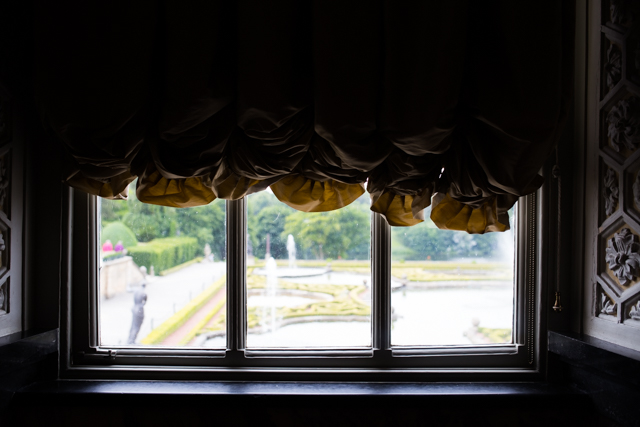 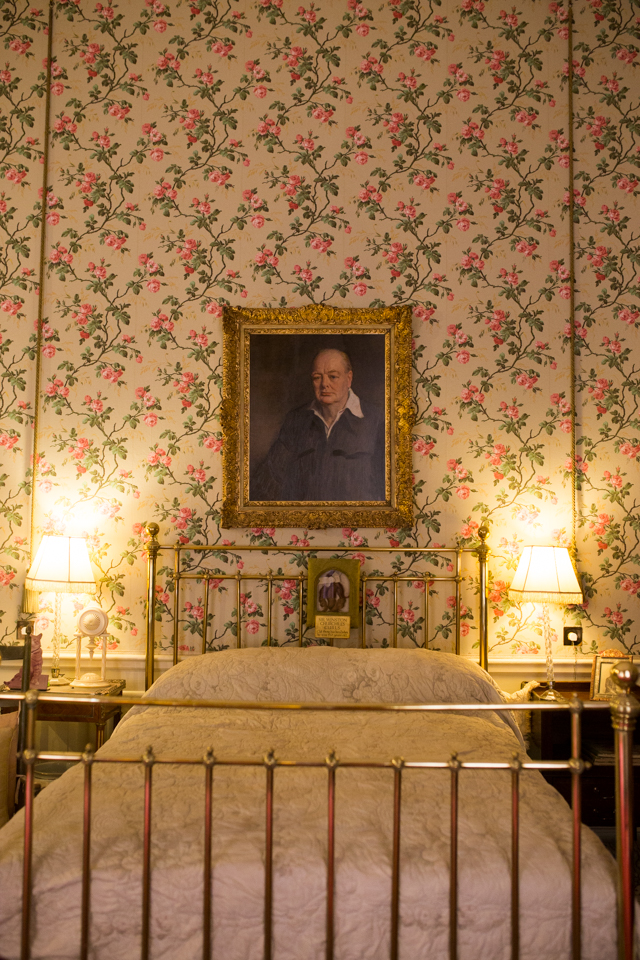 ^^ This is the actual room Churchill was born in, and locks of his hair cut when he was just five years old are on display on the headboard. Isn’t that amazing? ^^ 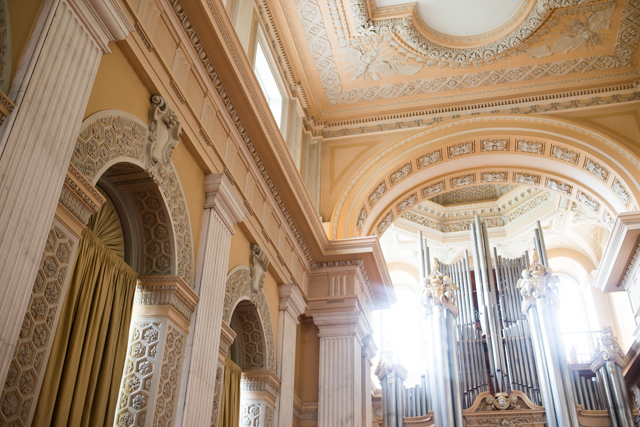 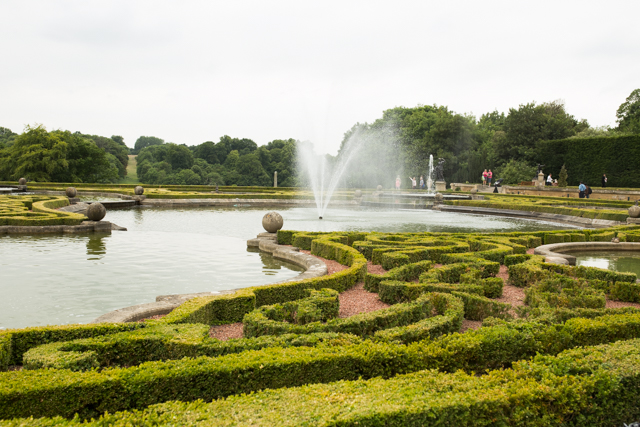 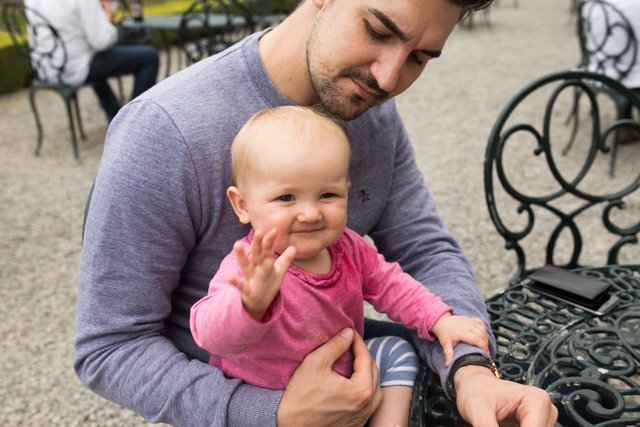 With the tour finished, a tea pitstop was in order. Ottilie shouted ‘GUCK!’ over and over at some ducks (She’s all about the animal words! Cat is ‘cak’ and dog is ‘gog’!), and Jason read ‘Dear Zoo’ three times on the trot. 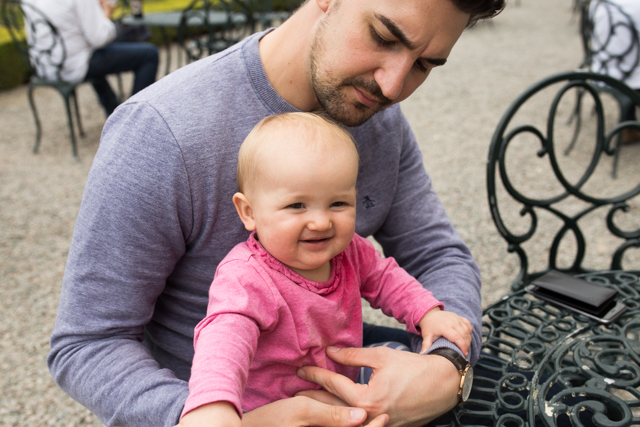 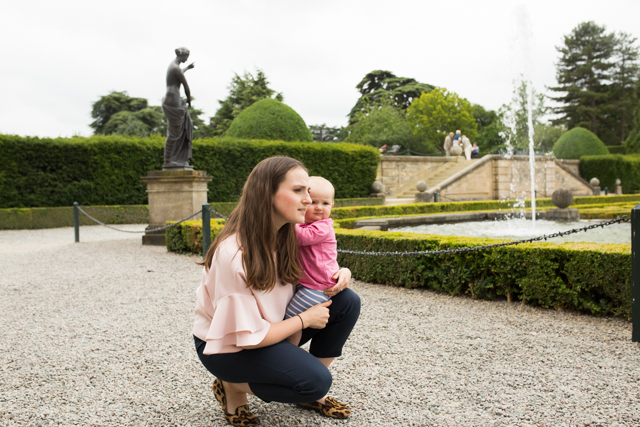 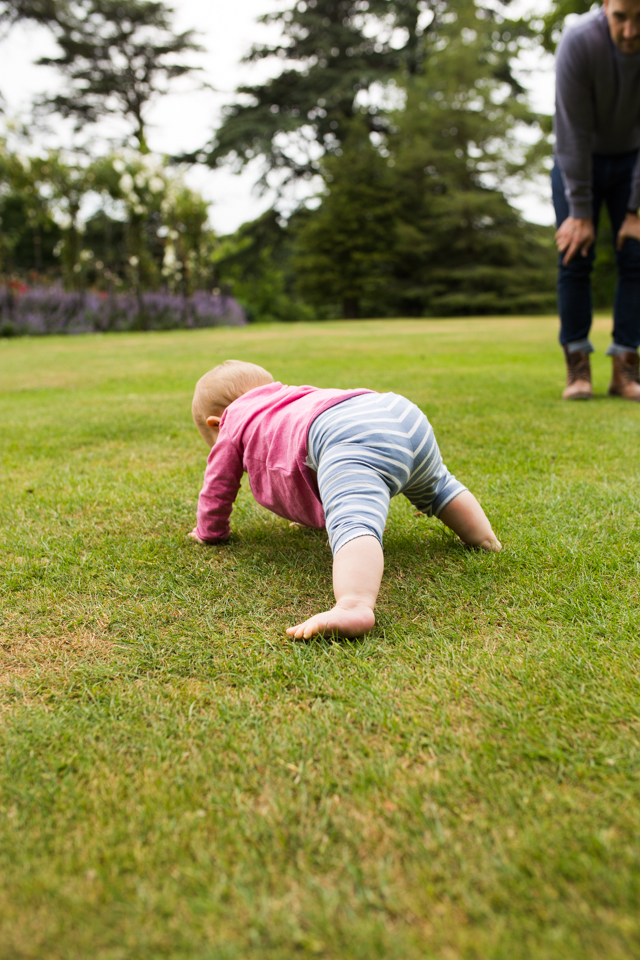 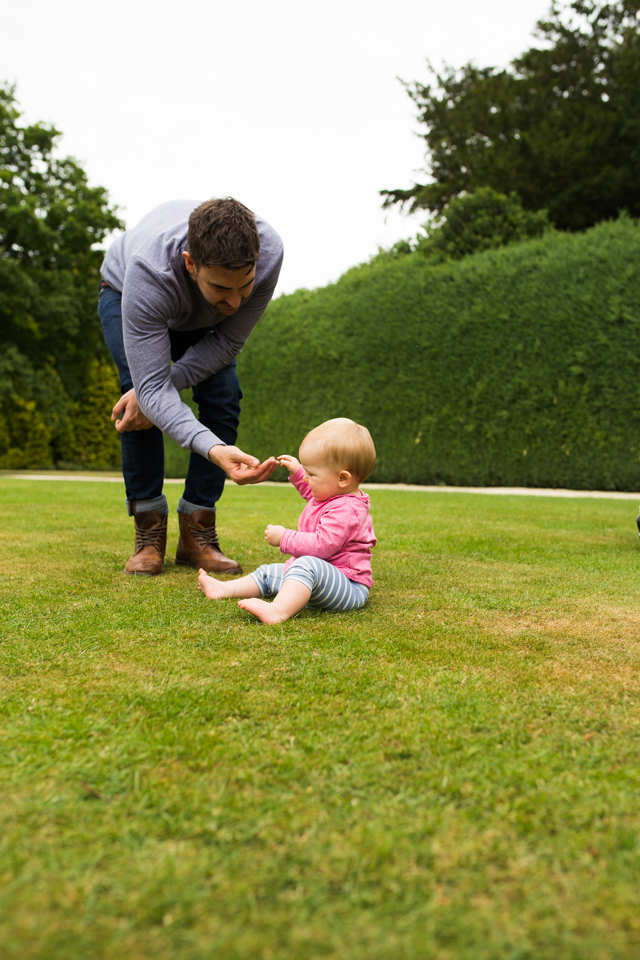 We finished up with a mosey around the rose gardens, and whilst I made notes on the different flowers I want in my fantasy garden, Ottie moseyed around on the grass and handed each and every leaf she found to Jason one by one. Who needs toys, hey?!