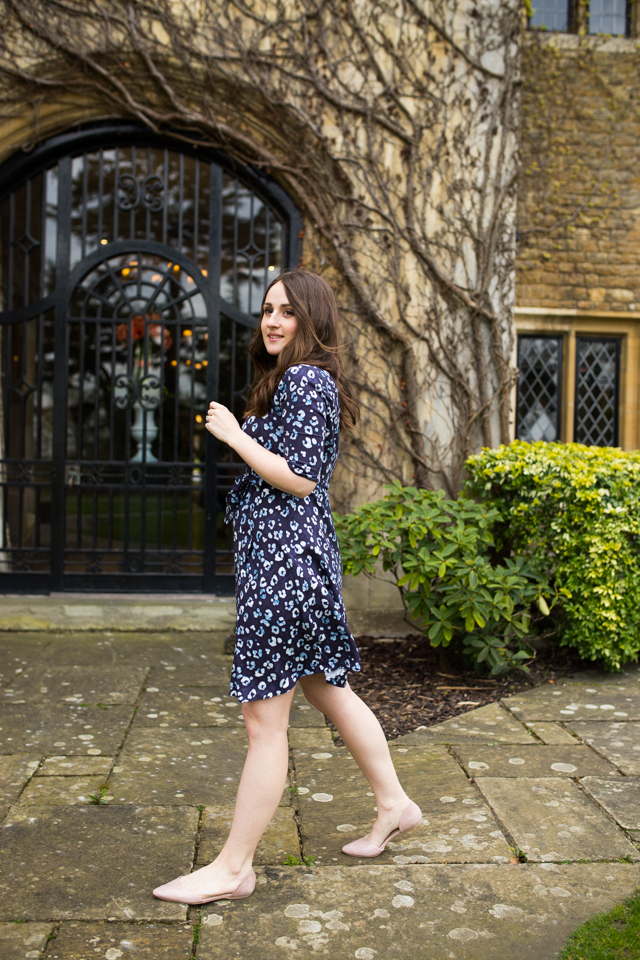 So many nice things happened last week (some big things, some little things) that I felt it was probably right to put together a post where I can document them and keep them safe. Let me start with the best one of all- reaching the 20 week point in my pregnancy!

Getting to the halfway point, and officially out of the ‘teens’, feels like a milestone- one that I’ve been looking forward to ever since that pregnancy test developed and the glorious ‘positive’ result appeared in the little window. I mean, true, I’ve been setting myself little milestones all the way through the pregnancy so far (reaching the 12 week scan, the start of the second trimester at week 14, the first movements, etc. etc.), but reaching the midway point feels like a big one! 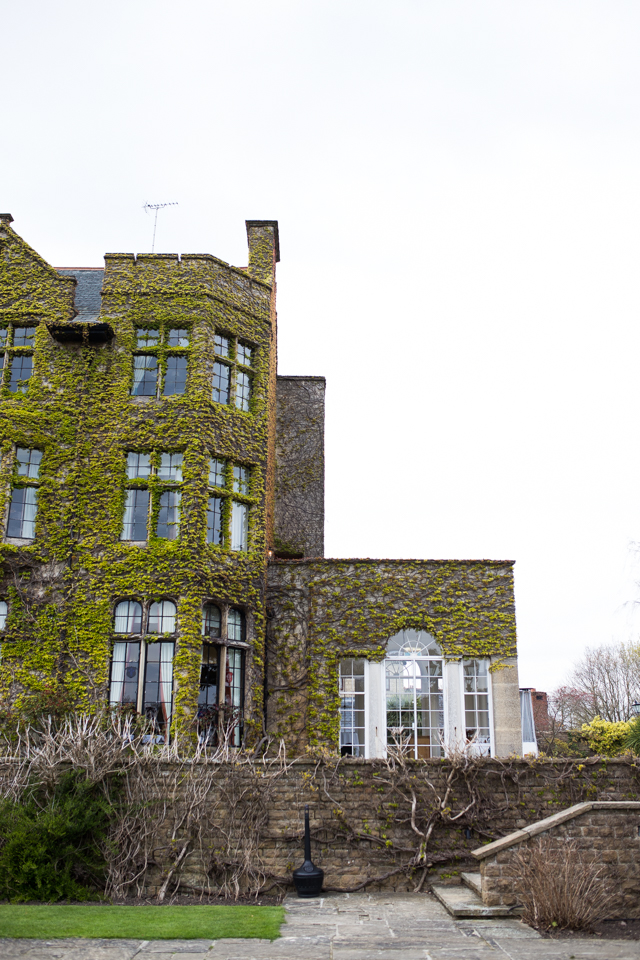 We had our 20 week anomoly scan on Thursday, which I can honestly (and so very gratefully) say was one of the wonderful experiences of my life to date. As I’m sure all parents are, in the two months between the 12 and 20 week scans I’d been so anxious to know that our baby was growing as healthy and strong as we’d hoped.

I wasn’t quite as nervous heading into the ultrasound room as I had been before our previous scan, but still- my heart was racing! 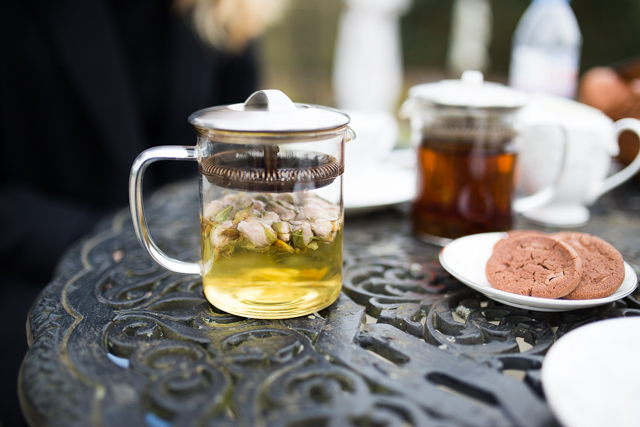 Seeing our baby wriggling around on the screen (whilst also feeling the kicks and prods and wiggles from the inside, too!) was totally magical. It’s amazing now to be able to differentiate between the different types of movement I get to feel every day, because we’ve seen them happening live!

I couldn’t quite get my head around seeing how fully now the baby is spread across my lower abdomen. In my minds eye, I still picture it curled up tightly in a little ball and tucked away pretty low down, but as the books/apps/websites all say is due to happen around the 20 week mark, baby has uncurled and now seems to fill my lower abdomen from the belly button down! 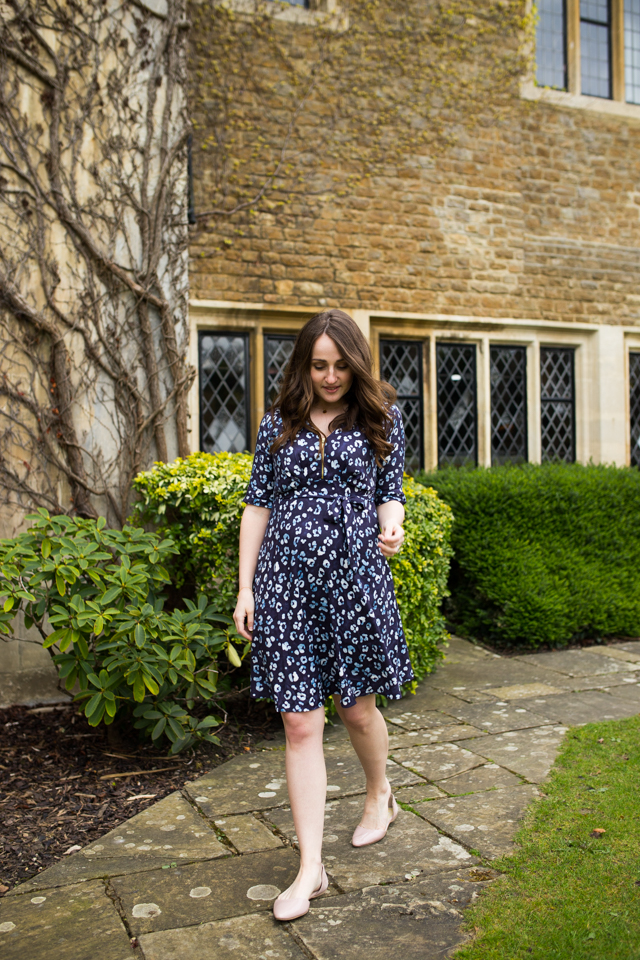 The sonographer talked us through everything that she was scanning for on the screen, and kept pointing out different parts of the baby’s anatomy that we might not have been able to distinguish otherwise.

Its little hands and feet were clear as day though- one hand spread wide (we saw each of the four fingers as well as the tiny thumb!), and the other hand was clenched tight into a fist that baby kept using to punch out at the scanning wand it wasn’t too pleased about being prodded by!

I didn’t realise quite how much I’d been subconsciously fretting, ahead of the scan, until we left the room and felt like my shoulders dropped by about two inches! Oh, and we’ve kept the baby’s sex as a surprise, in case you were wondering… 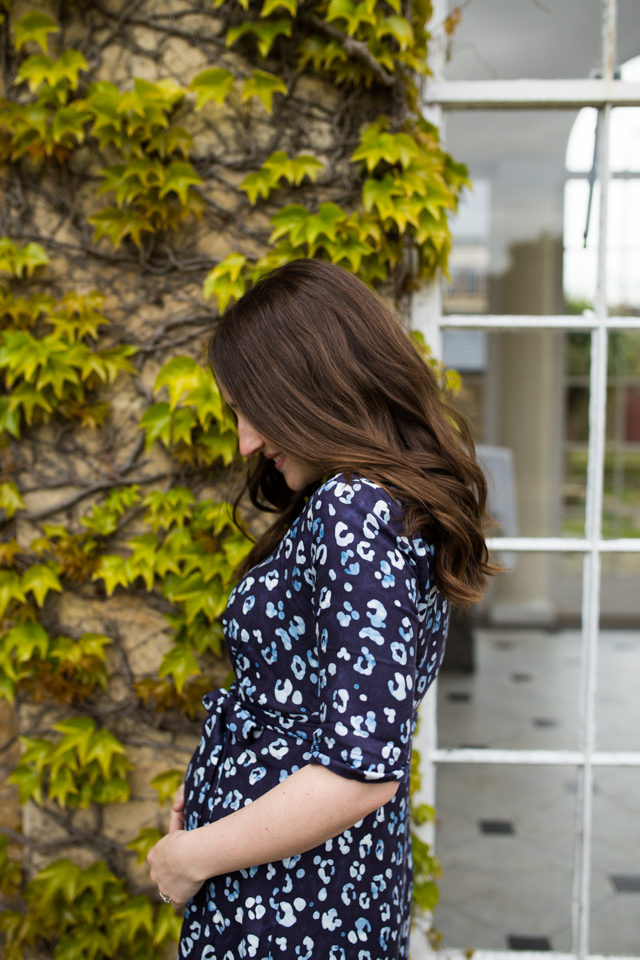 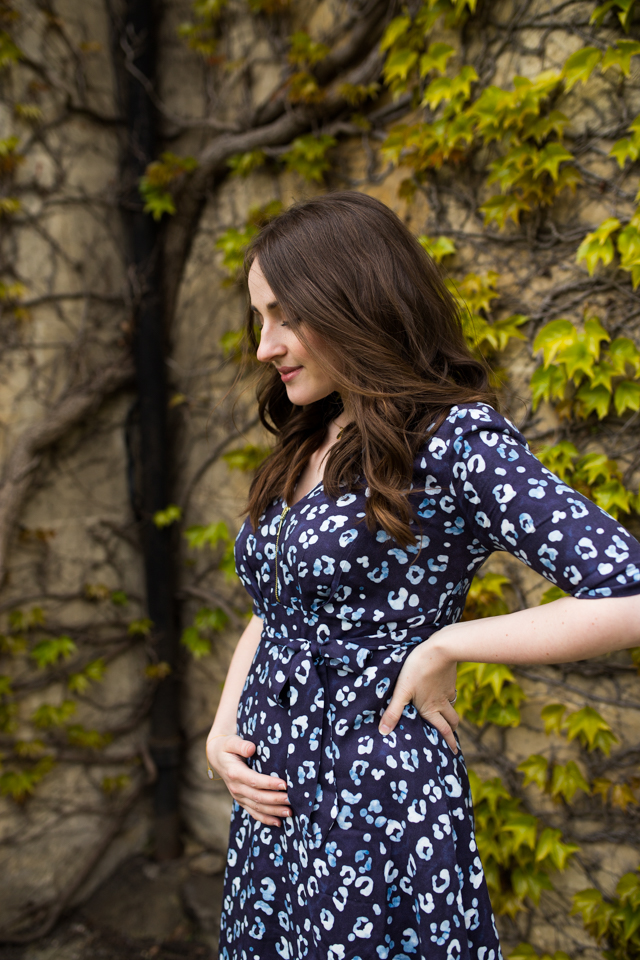 We’d had the scan early on that Thursday morning, and after we were done I headed straight to the train station to pick up Tania, who’d come down from London for the day to visit me! Well, I think the order of priorities for her visit went more like bump/baby, then Teddy and Elsie, and THEN me, but hey! I’ll take it ;)

Once we’d tired ourselves out on a long walk with the dogs, and then come home and refuelled on copious amounts of soup and bread (we’ll not mention the chocolate doughnuts we treated ourselves to as dessert…), we decided a spot of tea was in order.

There are a few places near where we live to get a lovely cup of tea, but none so lovely as Pennyhill. 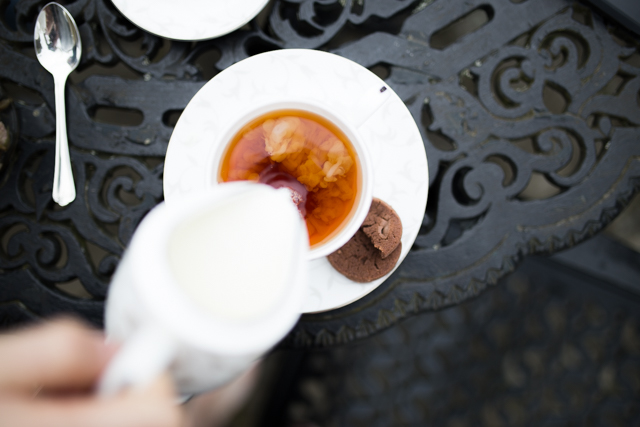 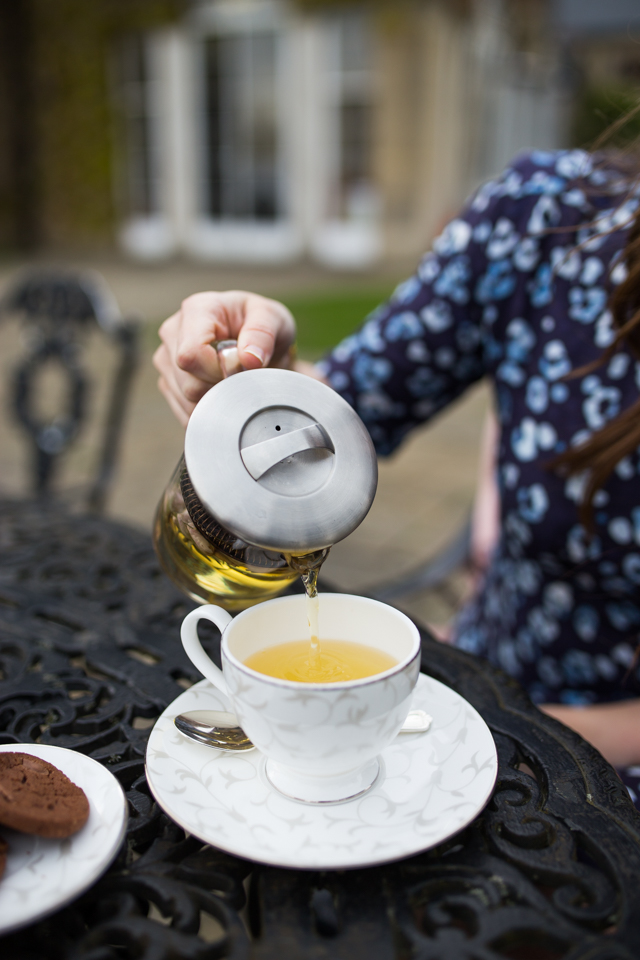 It’s this grand old hotel set in parkland in a village called Bagshot, and is actually where I was working as a waitress aged 18 in the months leading up to when Jason and I first met and started dating.

It holds a lot of memories for me, that place. Mostly of me being quite possibly *the* most terrible waitress of all-time, since I spent the vast majority of each and every shift lingering in the kitchens and batting my eyelashes at the chefs, until they promised to set me aside a portion of whatever delicious concoction of food they were whipping up!

Shameful, really…but to be fair, getting to tuck into my very own pistachio souffle at the end of a shift was totally worth it ;) 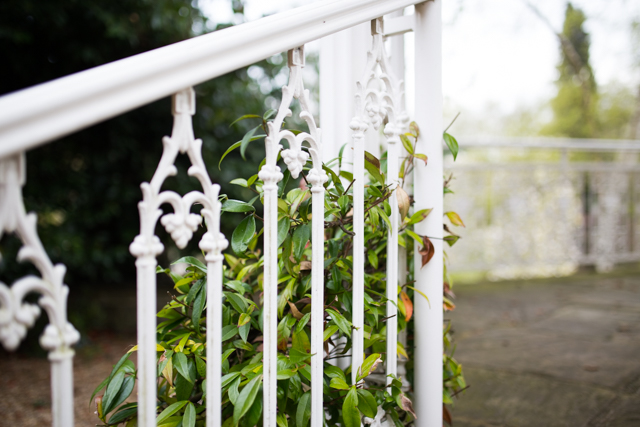 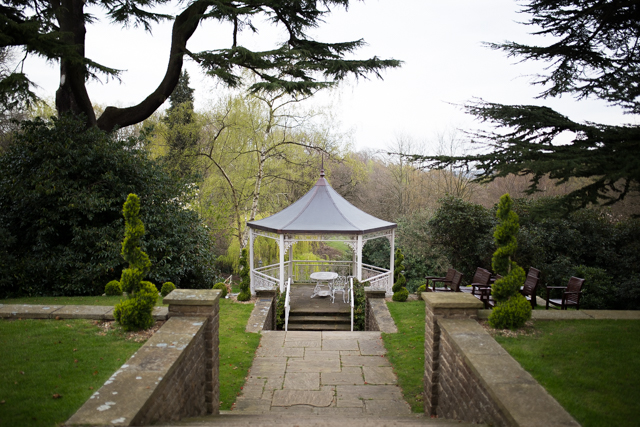 Tania and I sipped our way through two pots of rose tea and English Breakfast tea (my first cup in months as I’ve been off it this whole pregnancy…it made me realise I’m still not over that aversion), and repeatedly bemoaned the fact that yesterday’s weather had been all summery and glorious, and yet that day was overcast and breezy!

Still, we stayed outside on the terrace, not least because being able to watch the rabbits hopping about on the lawns below made sitting in the chill totally worth it! 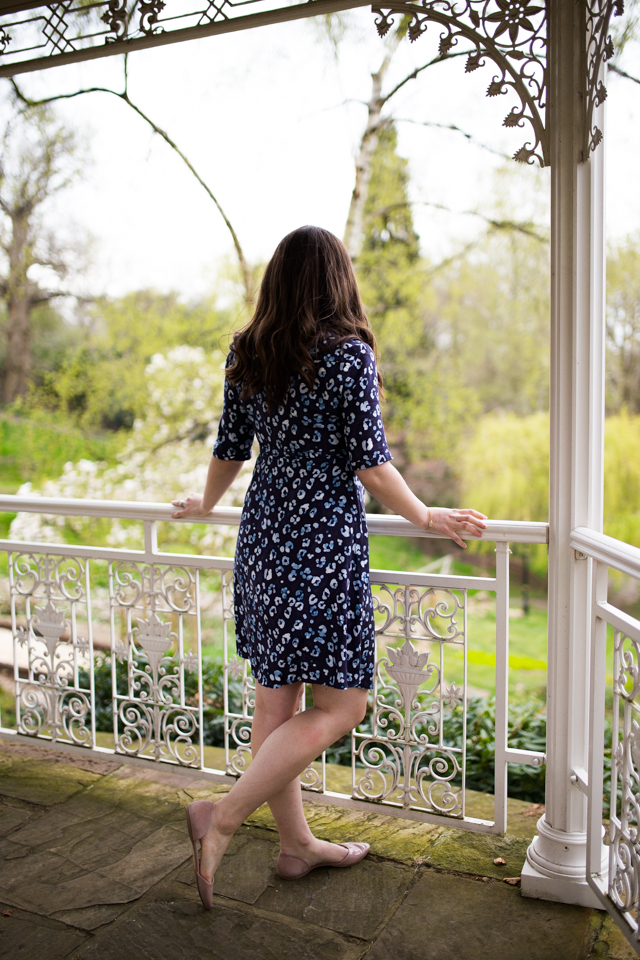 Now, what was the last and final thing I wanted to talk to you about? Oh yes, new hair!

So, I had a pretty mammoth haircut early last week (6/7inches of hair gone!), and it’s been a total game-changer for me. My hair had grown horrendously long, and I’d been dithering and dithering over how to have it cut and so it took me ages to actually get round to visiting the hairdressers.

But now all I can think is…why did noone tell me sooner how much easier mid-length hair is to style than long hair sooner?! I’m a total convert.

Though if anyone mentions the words ‘practical Mum haircut’ in the comments, we’re going to have a falling out…;)