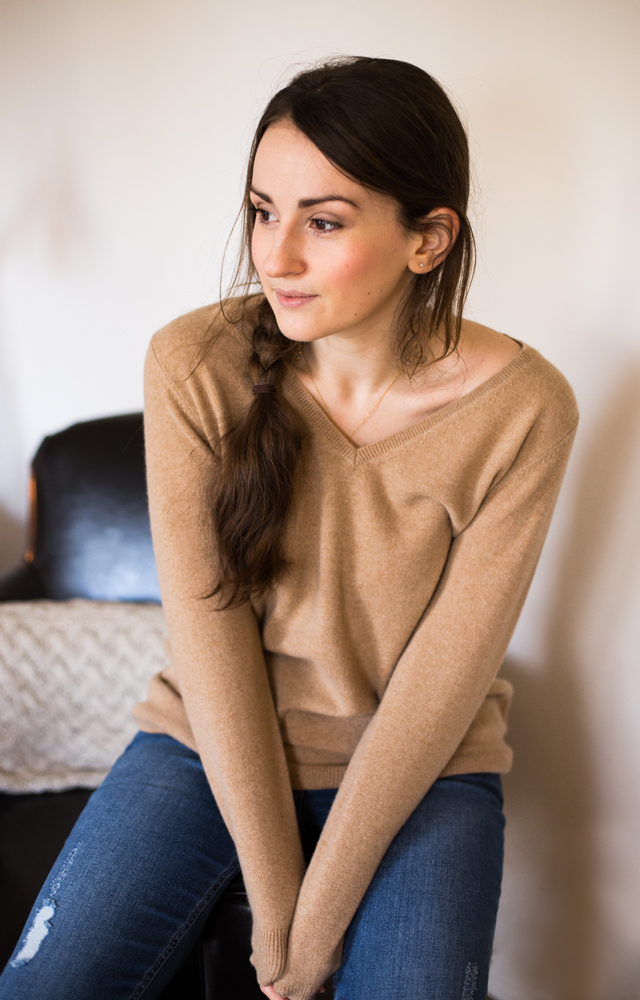 There’s a lot to be said for being cosy.

For sleeves that come down below the wrists, and jeans that hold you in all the right places but are made from the softest denim.

For a day spent at home wearing an outfit that’s so simple and relaxed that it’s as comfortable as your favourite PJs, and yet is *just* pulled together enough that you don’t rush to change at the arrival of unexpected visitors, or before nipping to the shops for a pint of milk. 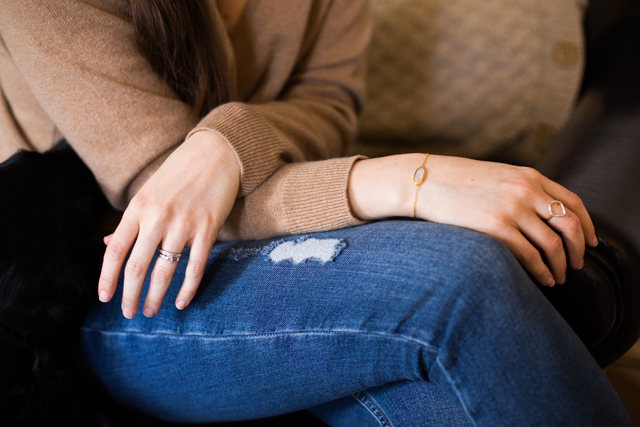 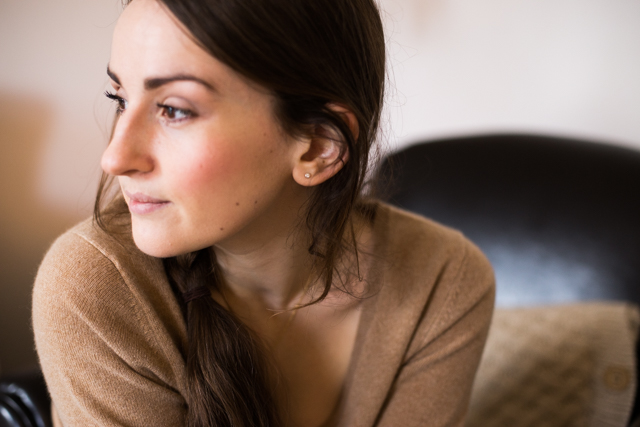 Now that Miss Elsie’s finally stopped chewing and clawing at everything she can reach, I’ve finally been able to dig out the knitwear I put away when she was in her early puppy days.

And after 6 weeks of living in scruffy T shirts and Jason’s oldest sweatshirts (why do you think there’s been such a lack of outfit posts around these parts lately?;), it’s kind of a relief!

This oversized caramel number is a new addition to my wardrobe, and the latest in my collection of cosy, camel/brown/taupe jumpers.

But you know what they say- the classics are classics for a reason! 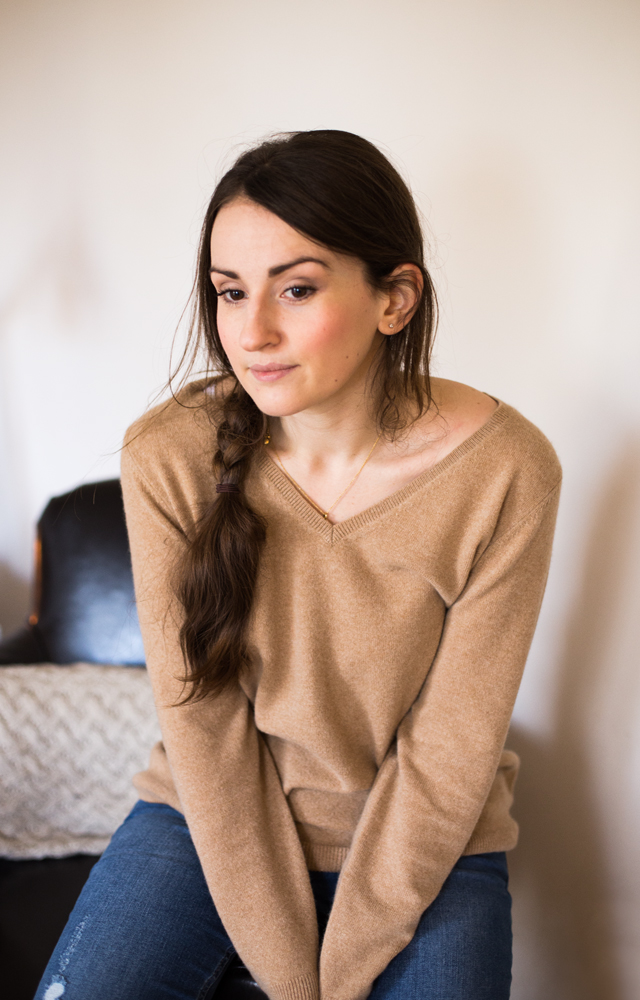 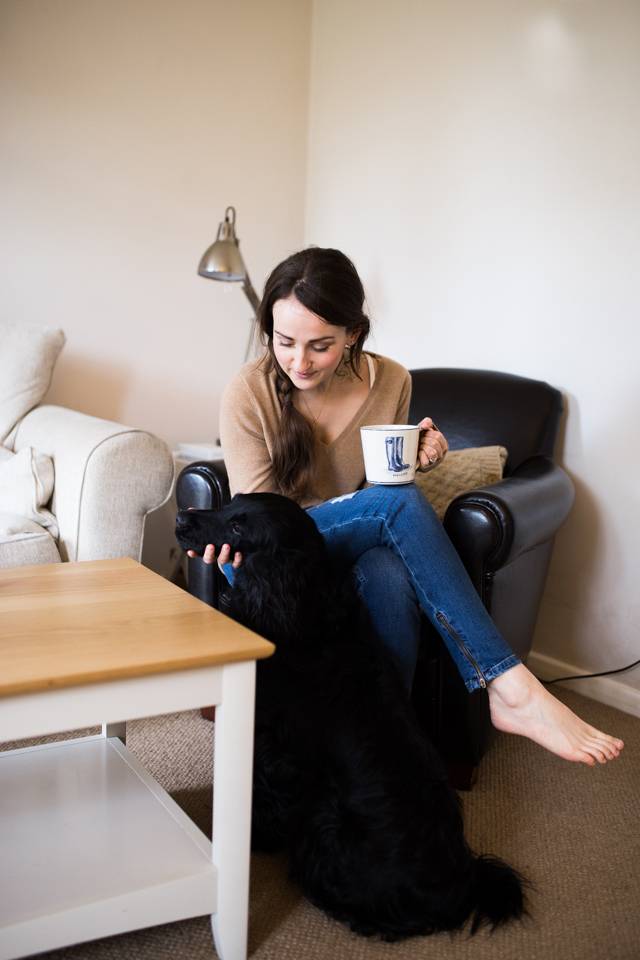 It’s exactly the sort of relaxed outfit I love most- effortless, timeless, and best served with second day hair and a side of coffee.

What could be better? 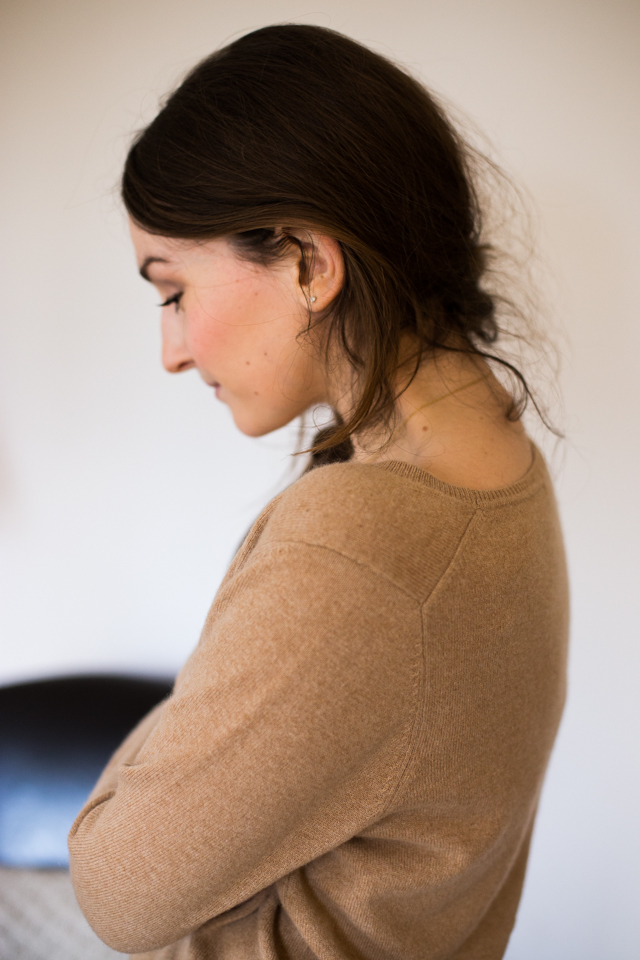 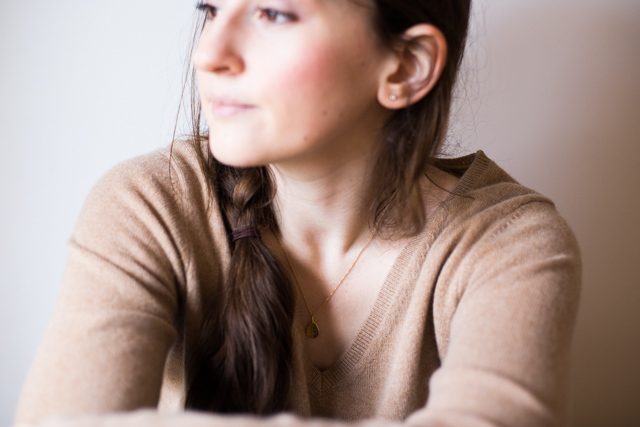 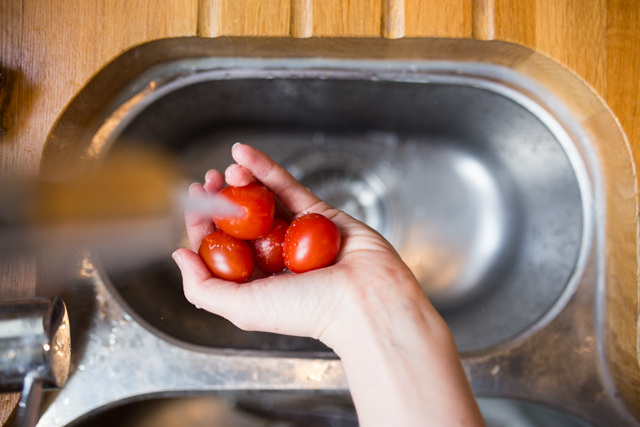 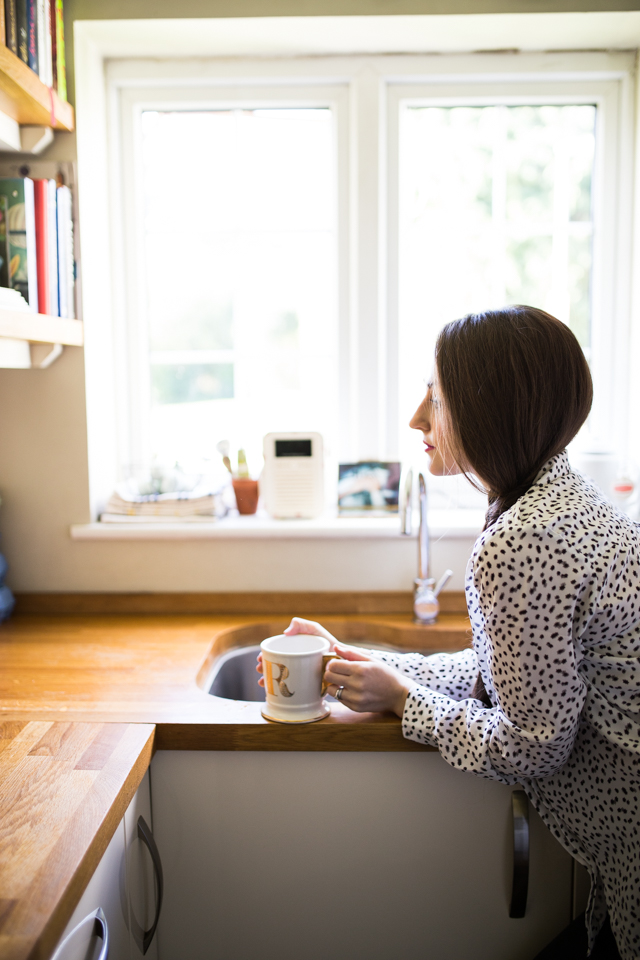 There’s nothing like music for making a moment complete, is there?

I grew up in a family where music is considered to be as important and essential as food, and the songs and albums my Mum brought me up listening to have become defining markers in my childhood.

Now that I’m older, music forms the backdrop to my time spent in the kitchen, mainly. There are few things I love more than pottering around in the kitchen, assembling a cake or rubbing butter into flour to make a batch of pastry, with the radio mumbling along quietly in the background. 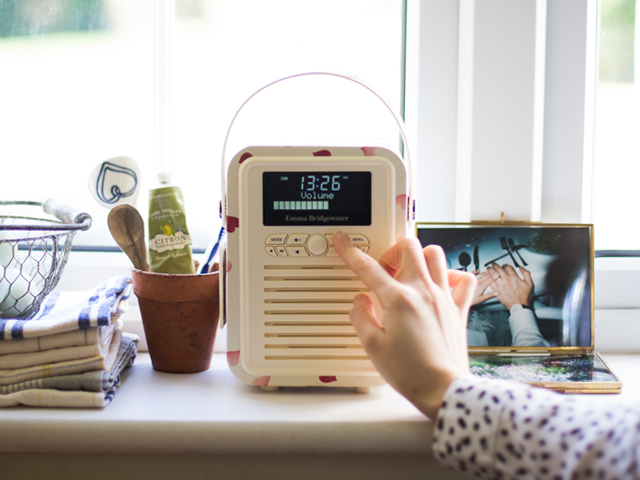 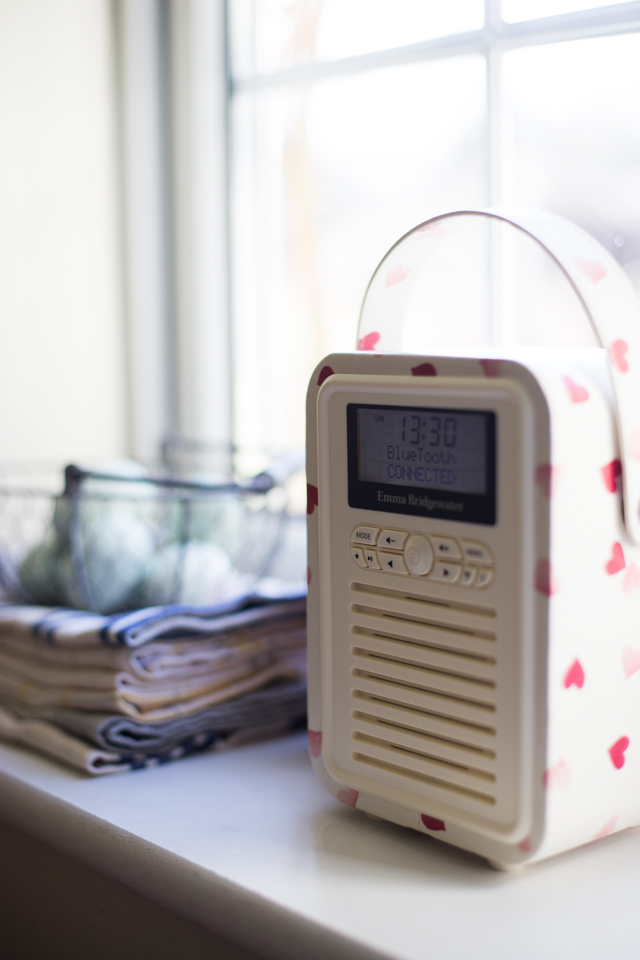 After having made do with using various radio station apps downloaded to my phone for such a long time, you can’t imagine how happy I was to receive an offer of this heart-covered beauty of a radio from VQ!

It’s a special one designed by Emma Bridgewater for Valentine’s Day, and not only comes complete with auto-tuning digital radio stations, but also hooks up to your phone via Bluetooth too!

Isn’t the miniature retro shape so sweet? I’ve been completely obsessed ever since it arrived, and just love how comforting the sound of background music or the voice of a radio presenter is during the daytime. 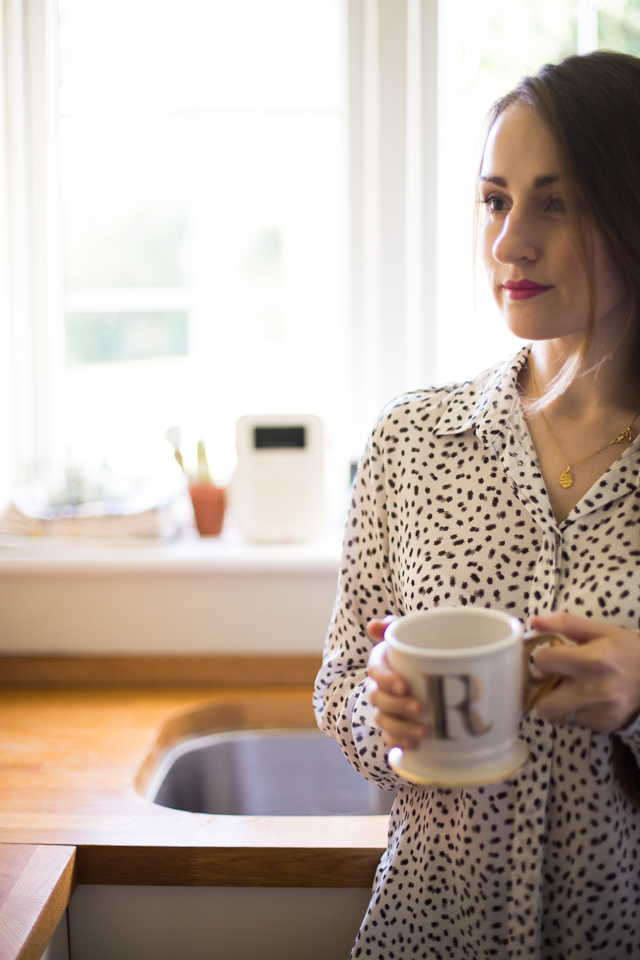 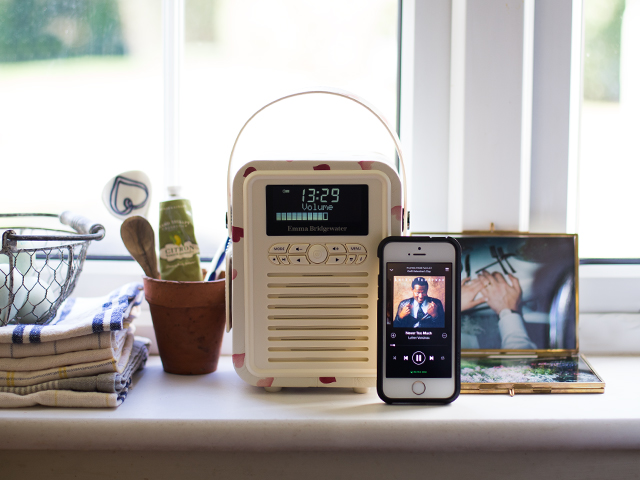 As part of their #MyLoveSong campaign, VQ asked me to put together a playlist featuring ten of my all-time favourite love songs for Valentine’s Day!

The task was both a pleasure and a cinch- I mean, what better way to spend an hour or so than listening through Otis Redding’s back catalogues on Spotify!?

The songs I chose all have special meaning to Jason and I. Most are favourites that we’ve played over and over whilst cooking together in the early evenings, or washing up dishes late at night, and one, of course, just had to be the song we danced to as our first dance as a married couple back in July.

We always like to keep our Valentine’s Day pretty low key- you know Jason and I, never happier than when at home! But you can bet that the cosy meal we’ll eat together will be accompanied by the music of Marvin Gaye and Luther Vandross… 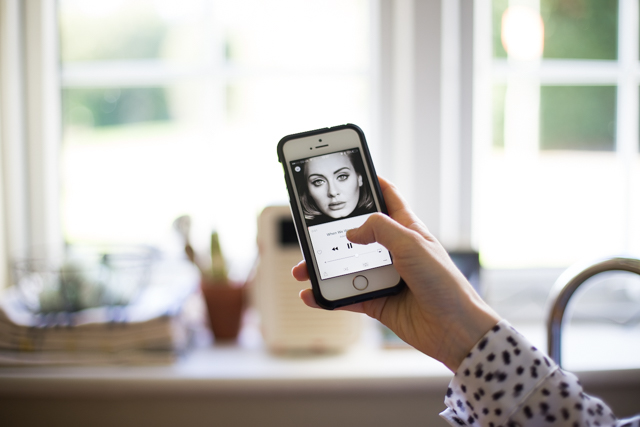 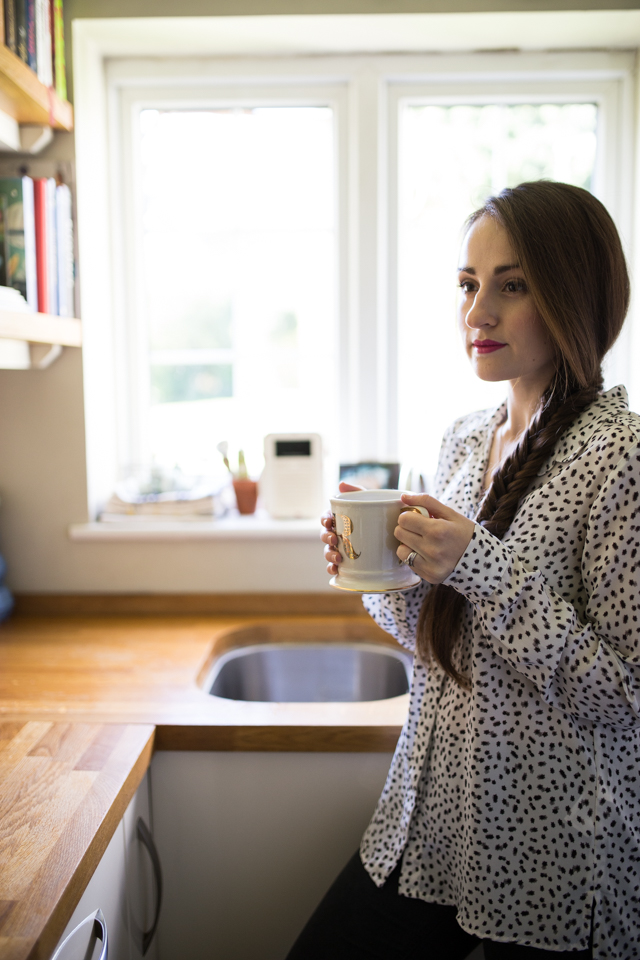 VQ are offering the chance for one lucky reader to win their own VQ Retro Mini Pink Hearts radio, and to do so all you need to do is vote for my playlist by sharing it on Twitter, and use the hashtag #MyLoveSong! 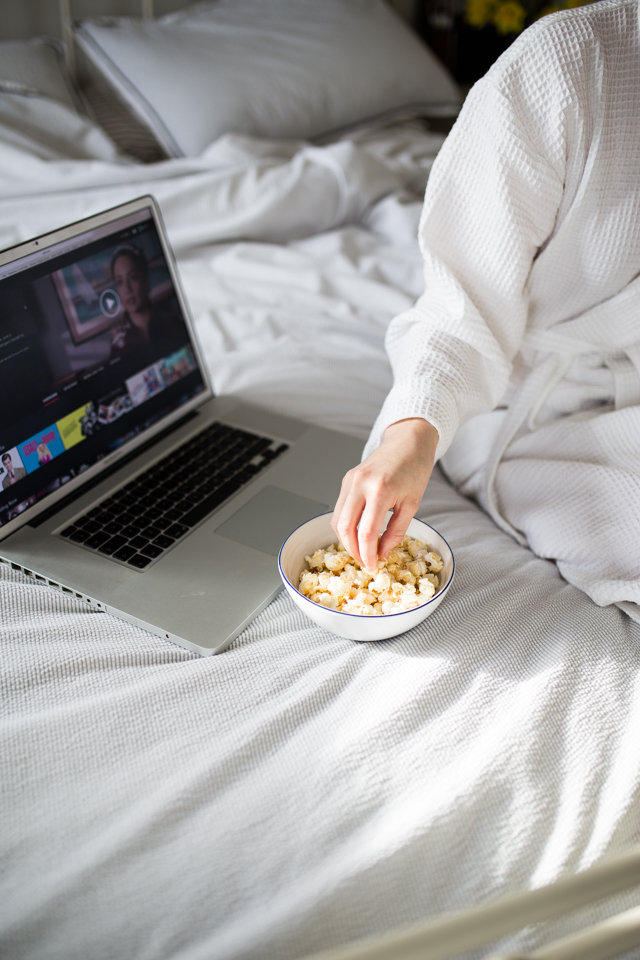