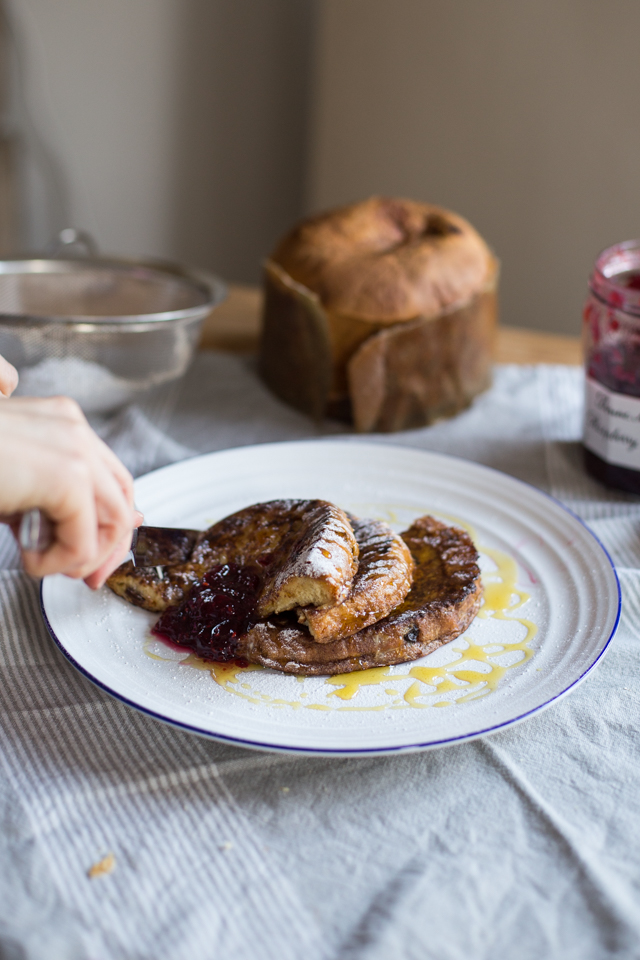 Would it be presumptuous of me to say that this recipe could just be the answer to all your Christmas morning dreams? It would be, wouldn’t it…

Instead, let me say this- forget scrambled eggs and smoked salmon, or crumpets and toast, or even a Full English- this panettone french toast is what Jason and I will be eating at approximately 8.30am on the 25th of December this year.

And that’s a fact! 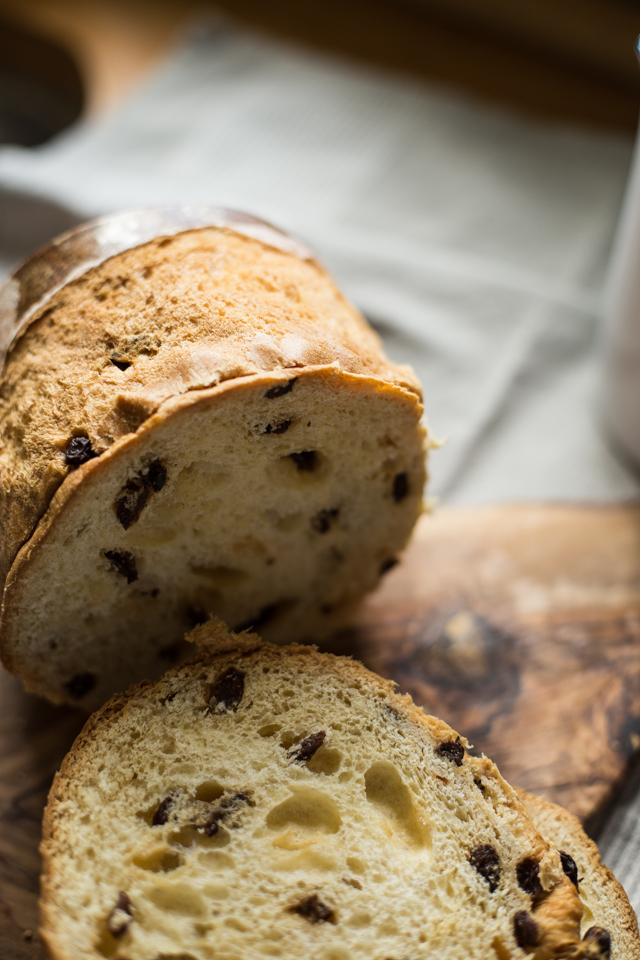 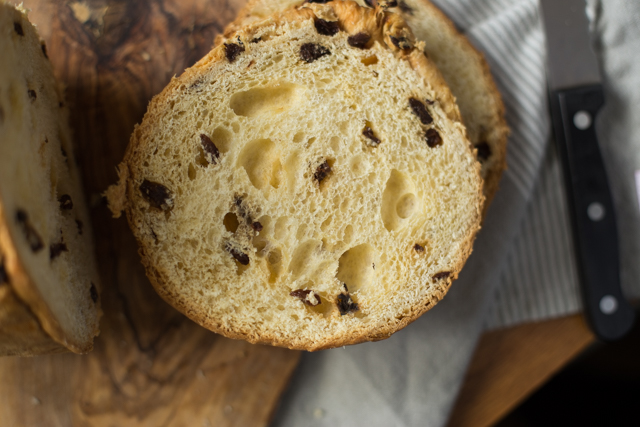 Panettone French toast really is the most festive breakfast imaginable- Christmas on a plate, you might say!

Thickly cut slices of sweet, fruit-flecked panettone are soaked in a cinnamon and vanilla infused egg mixture, then gently fried in butter until golden and fluffy.

The slightly dry cake becomes soft and pudding-like when cooked up French-toast style, and the addition of a little cinnamon to the proceedings adds a little ‘spice’ to balance out all that sweet.

And, what’s *most* important to know, is that the recipe is simplicity itself! Have I convinced you yet? 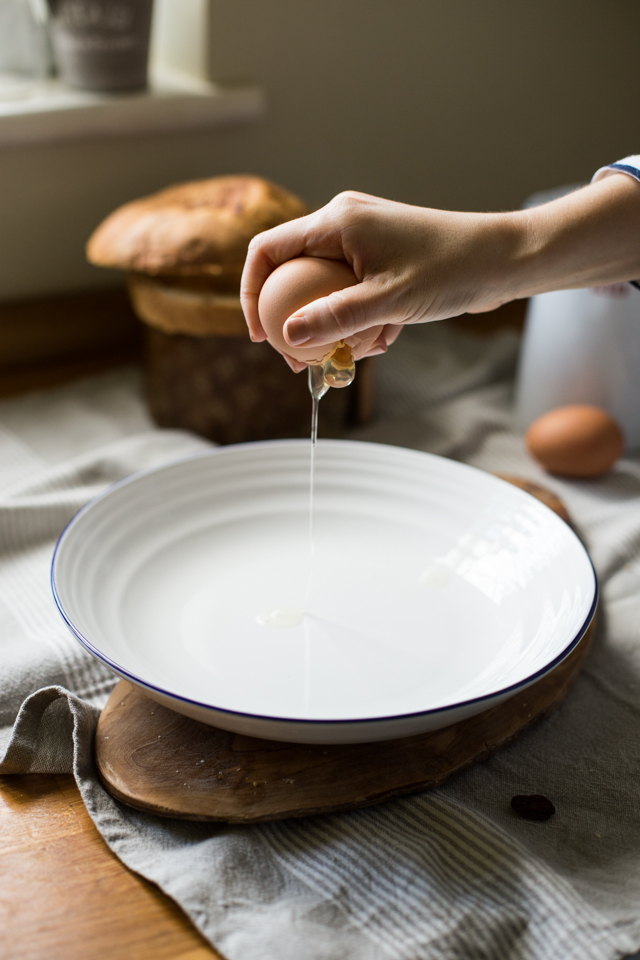 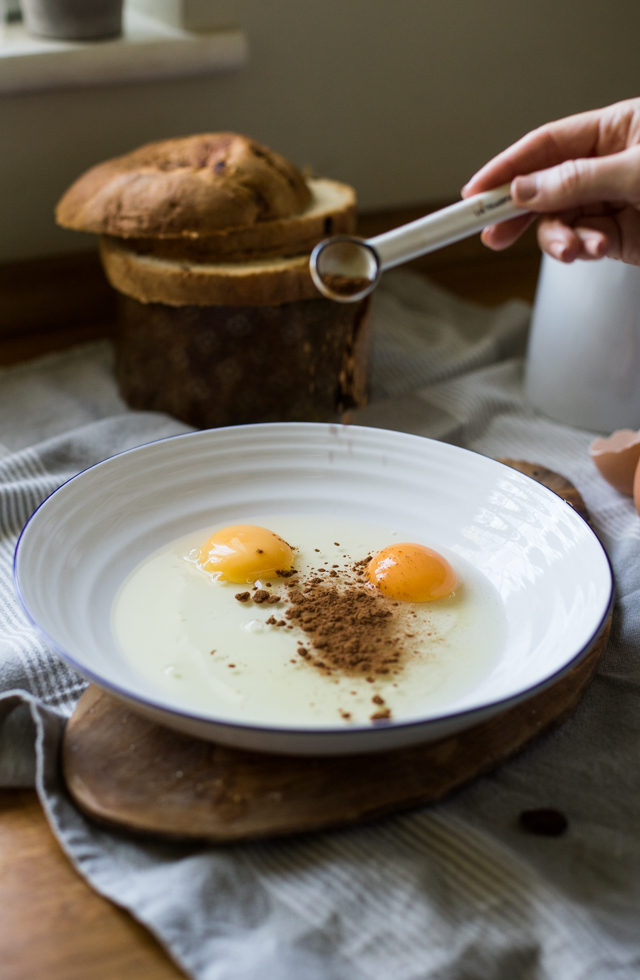 Jason and I always pick up a panettone whilst buying our Christmas tree each year, to be eaten over the course of that happily festive day.

But now that this recipe’s become such a household favourite? 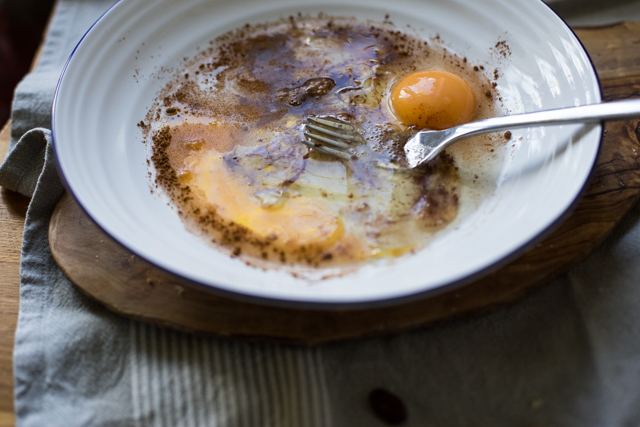 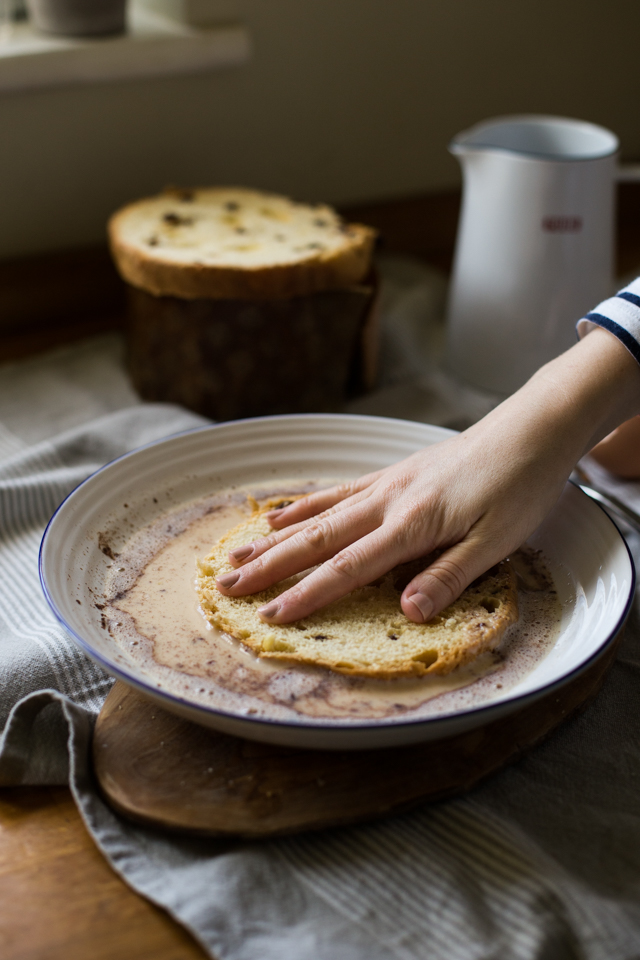 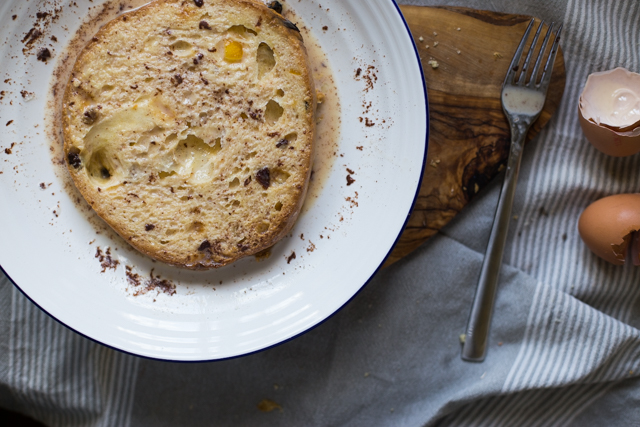 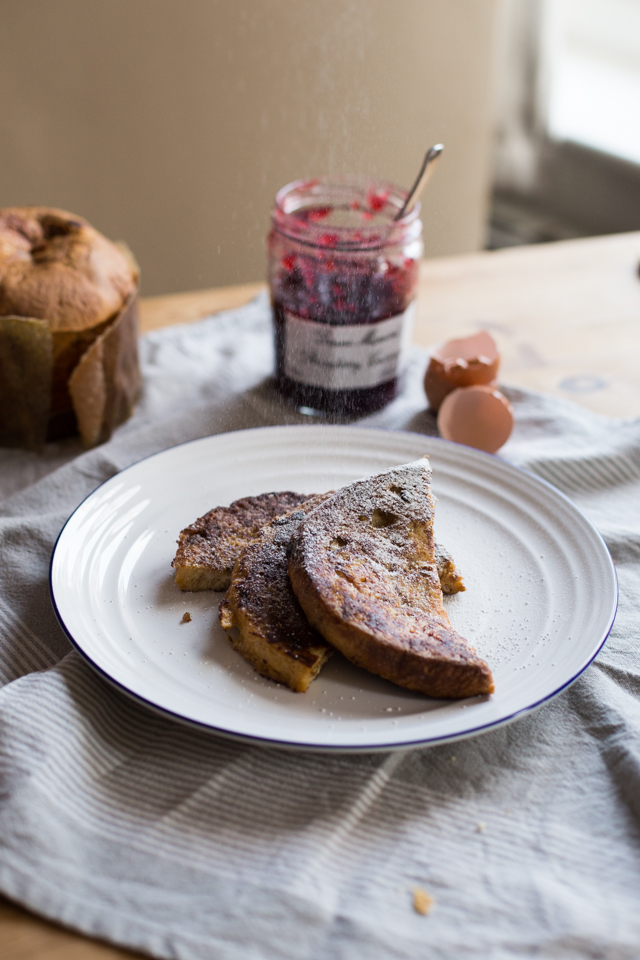 - In a wide, shallow bowl, whisk together the egg, milk, cinnamon, and vanilla extract. Don’t worry if the cinnamon is a little lumpy- it won’t matter a bit!

- Heat a small knob of a butter in a large non-stick frying pan, then gently fry each slice of panettone in turn for a minute or two per side, until puffy and slightly browned.

{If you’re cooking for more than a couple of people, you might like to put the cooked French toast in a low oven to keep warm whilst you finish frying.}

- Cut each slice of French toast in half, and then serve with a dusting of icing sugar, a drizzle of your favourite syrup (I used golden syrup here, but maple, agave, or even honey would be just as lovely), and a spoonful of something fruity. 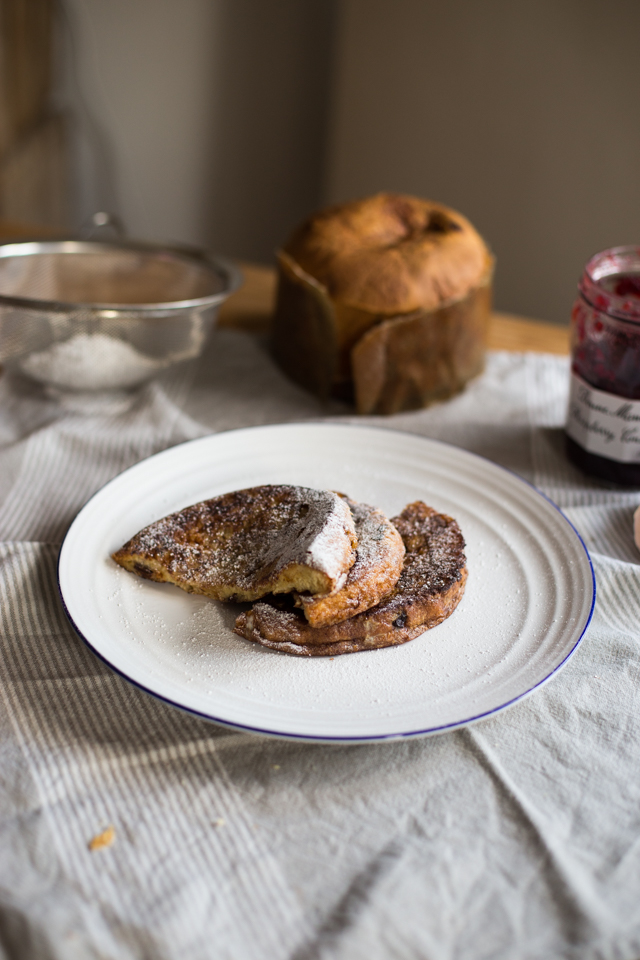 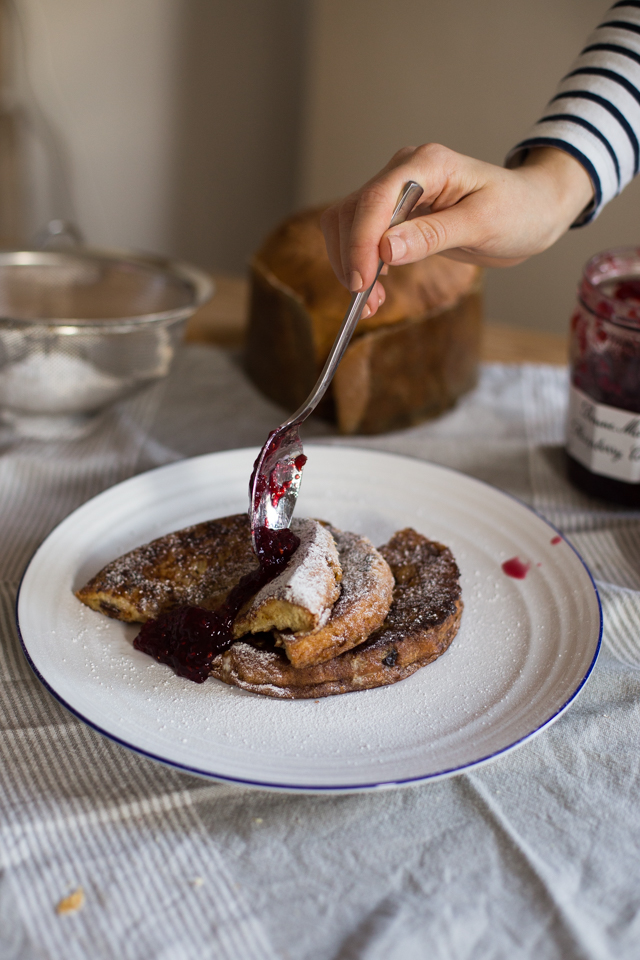 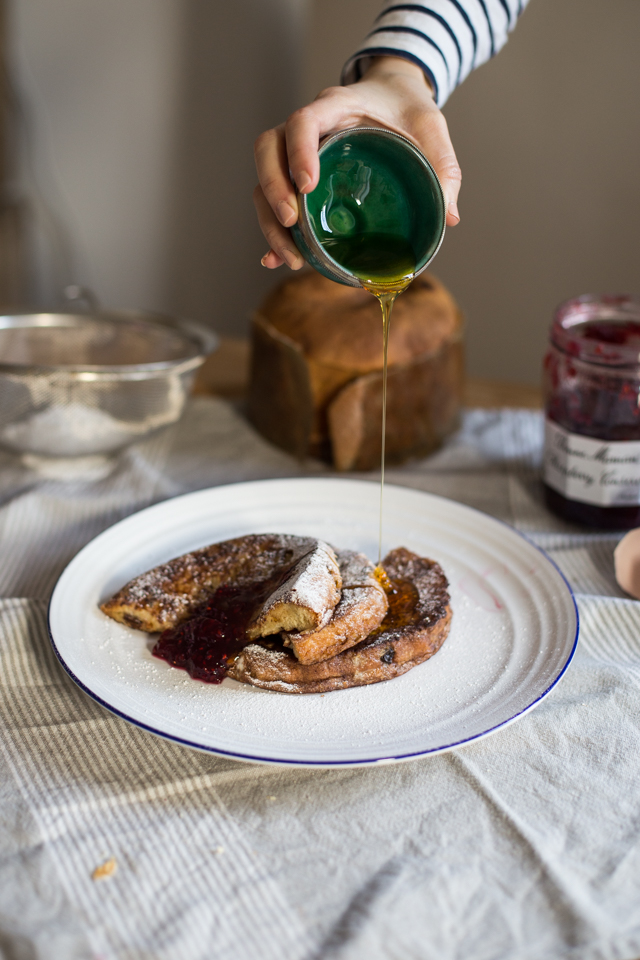 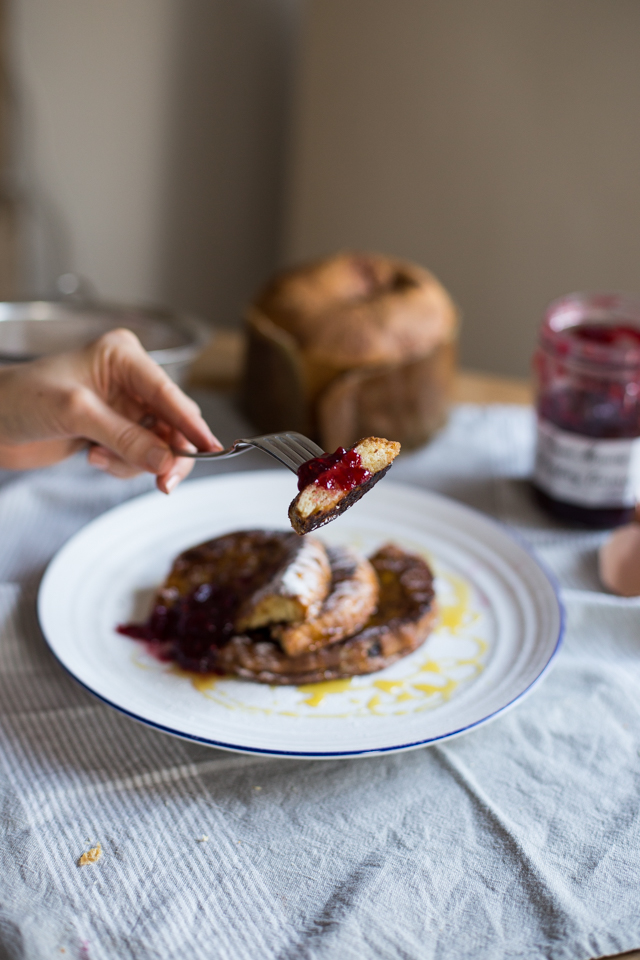 9 Comments
Posted in BAKING, BREAKFAST, CHRISTMAS, FROM MY HOME TO YOURS, RECIPE, SWEET
Read from the beginning >