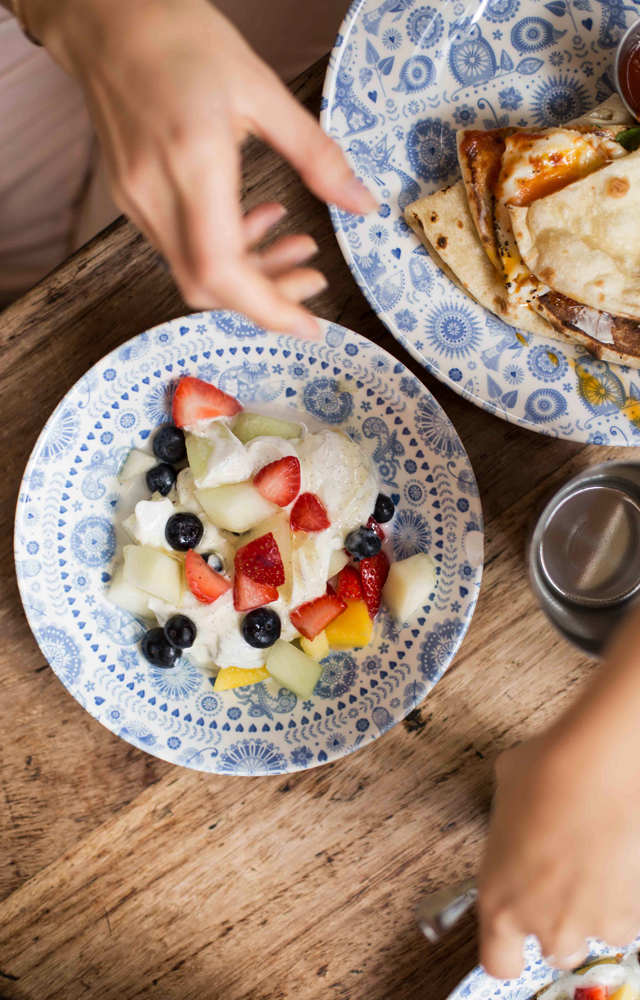 If there’s one thing I’m learning, it’s never to question my friends’ taste in restaurants.

Tania and Freya have been raving endlessly to me about Dishoom, and telling tales of its ‘bonkers’ egg naan rolls (Freya’s exact description, I’ll have you know), the famous bottomless Chai, and the restaurant’s beautiful decor.

We’d been trying to make plans to go for months, and so when this past weekend we all were free, in the same country (novel in itself!), *and* had the added bonus of Maja being over from Amsterdam- to Dishoom we finally went! 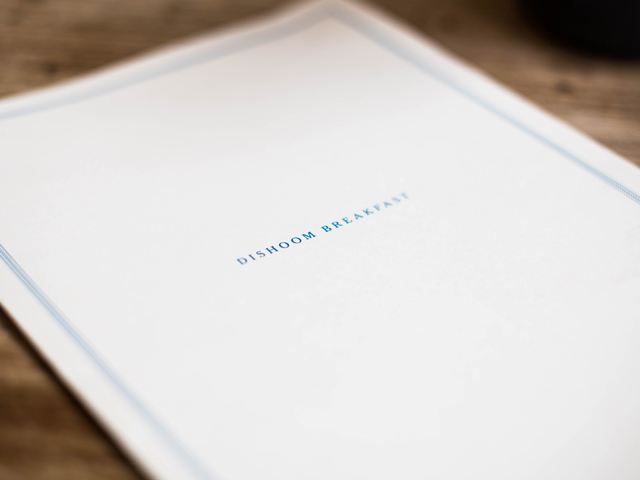 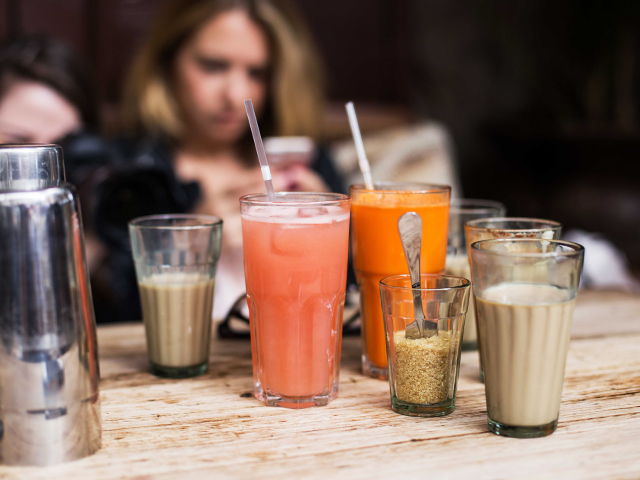 We’d spent Friday evening eating macaroni and cheese, drinking wine, and cuddling Molly at Freya’s over in London Fields, then separated off for sleepovers (me at Tania’s, Maja with Freya), before coming back together at Dishoom mid-morning on the Saturday.

The first order of the morning was a round of drinks, including, but not limited to, Chai, coffee, juices, water, and…I’m forgetting something. Oh right- more Chai!

The girls had been horrified when I said I didn’t like Chai, and insisted that I’d like Dishoom’s offering more than the sickly sweet stuff Starbucks pretend is Chai. I was sceptical… 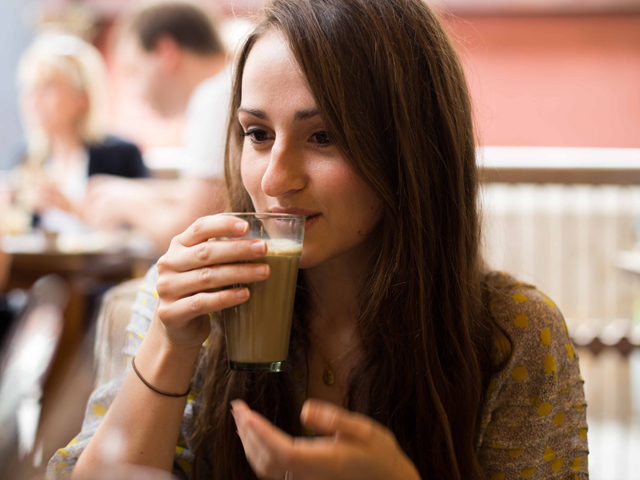 …but, of course, they were right! It’s creamy without being heavy, and the spices are fragrant and warming.

It was the most perfect thing to drink on a September morning that couldn’t decide whether it wanted to be blustery and grey, or bright and warm. 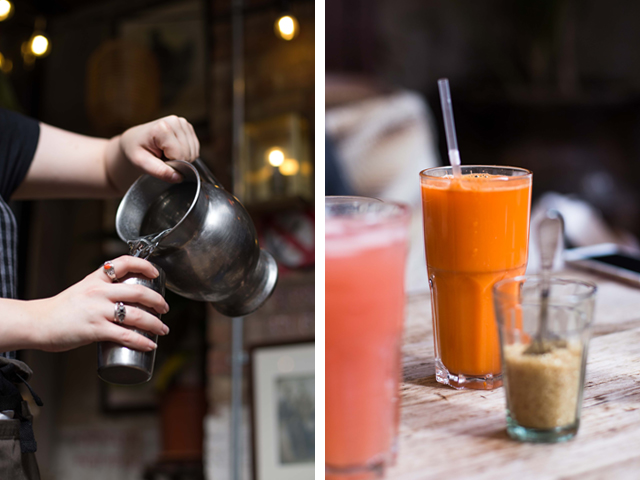 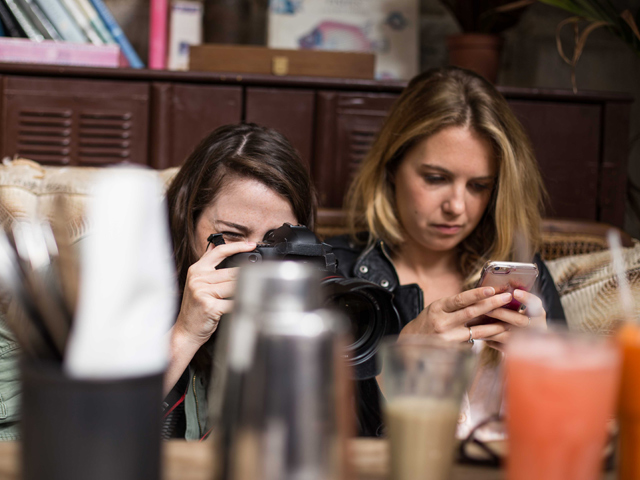 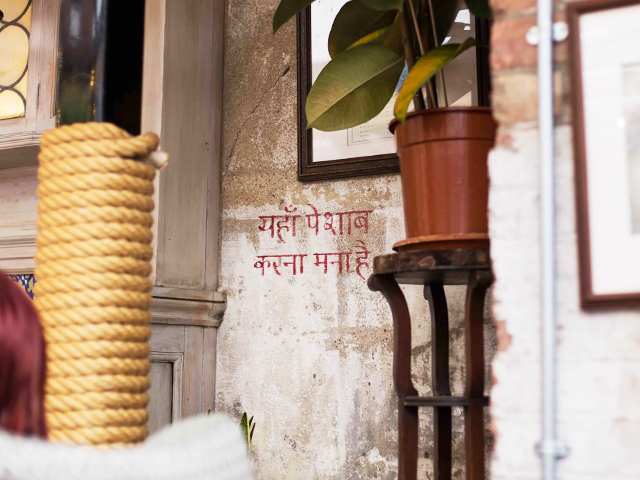 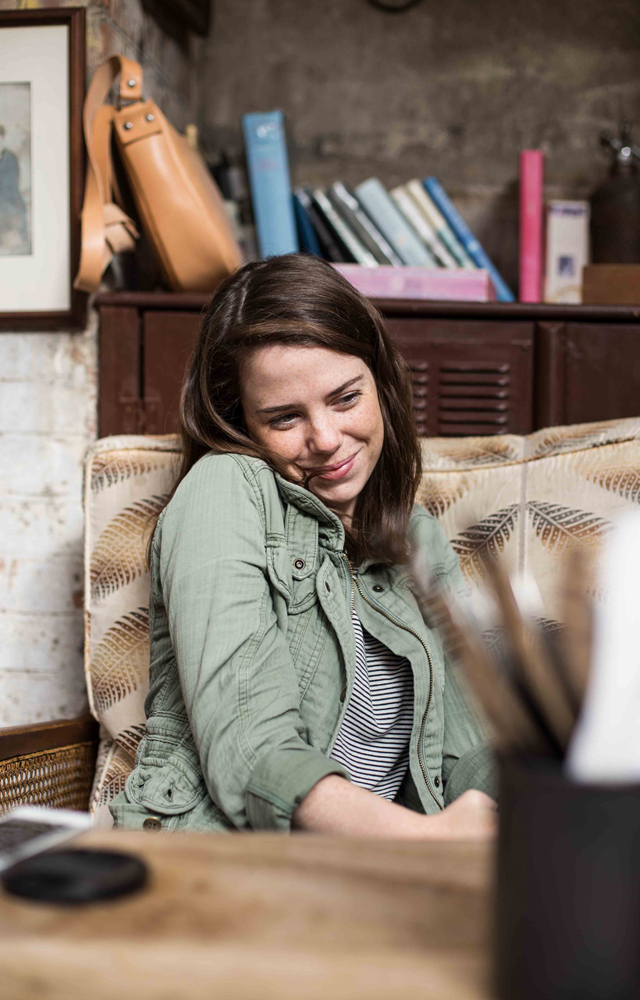 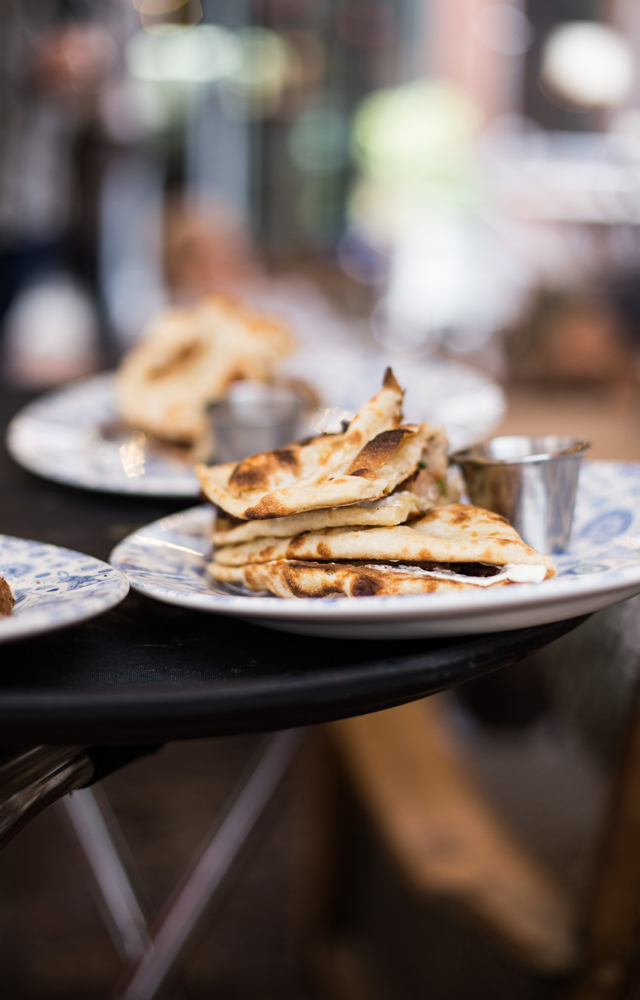 It was almost impossible to choose from the menu, and so in the end, we sort of went for a little of everything and shared between us.

There was ‘Kejriwal’- chilli cheese toast topped with fried eggs- a couple of rounds of the famous egg naan rolls, yoghurt with fruit and homemade granola, and a bowl of the banana and date ‘house porridge’. 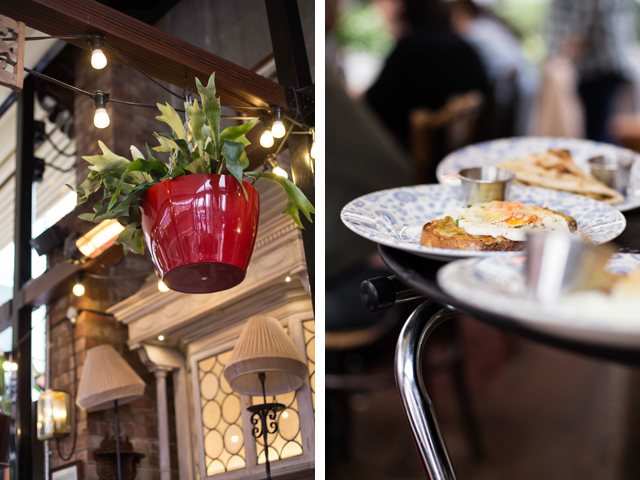 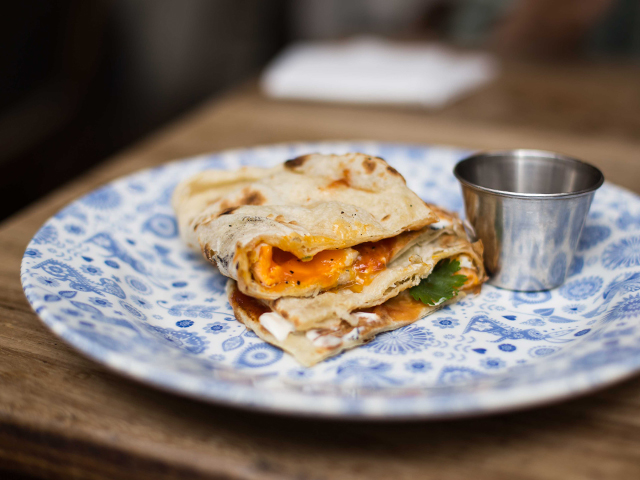 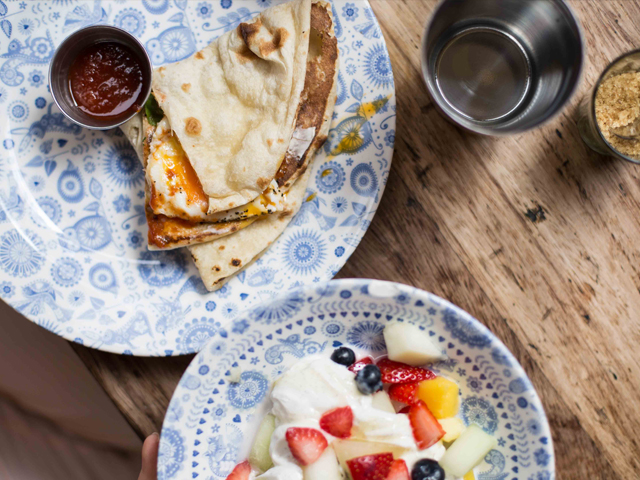 The egg naan was even more delicious as I’d hoped it might be. The runny-yolked eggs sat sandwiched alongside sweet chilli tomato jam and fresh coriander (usually my least favourite herb, but in this it just…worked), and were wrapped up inside a soft, chewy naan.

Even better though was the nutty house-special granola, served alongside vanilla-flecked yoghurt and with a handful of fresh berries and melon on top. I’m not sure if it was the honey on top of the yoghurt or the vanilla seeds within it that made it so special, but it truly was the best I’ve ever had. 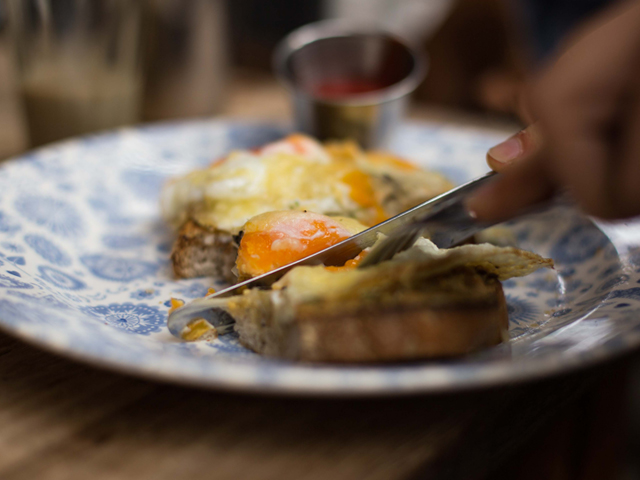 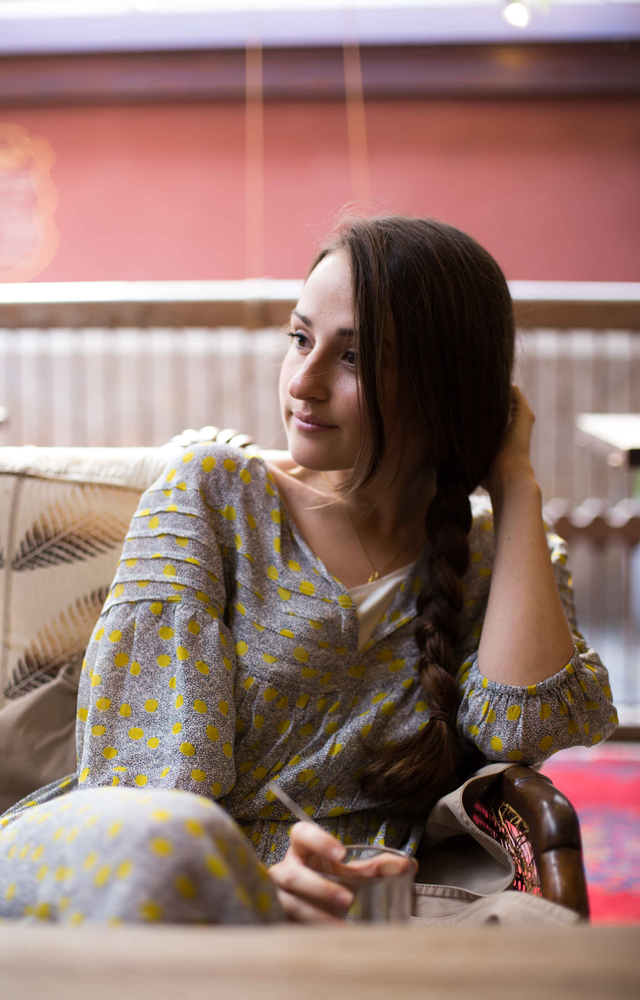 Once we’d finished eating, we lingered over yet another round of Chai, talking about everything from the merits of different areas of London and the housing market in Amsterdam, to our dream travel locations and the eternal struggle of how to store the hundreds of gigantic photo files we all take on a weekly basis!

The sun kept bursting through the clouds overhead, and by the end of the morning, we’d shed our layers and lay back in our armchairs with faces turned skywards. 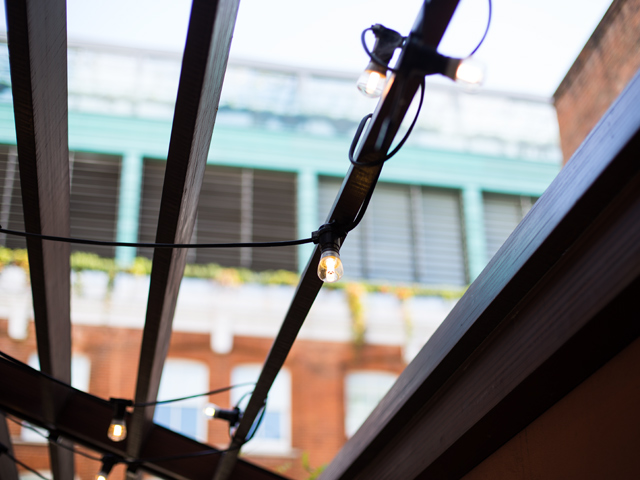 Dishoom? You were worth the wait.

{The wait for a table can be long, so consider booking!}

18 Comments
Posted in FRIENDS, LONDON, RESTAURANT
Read from the beginning >