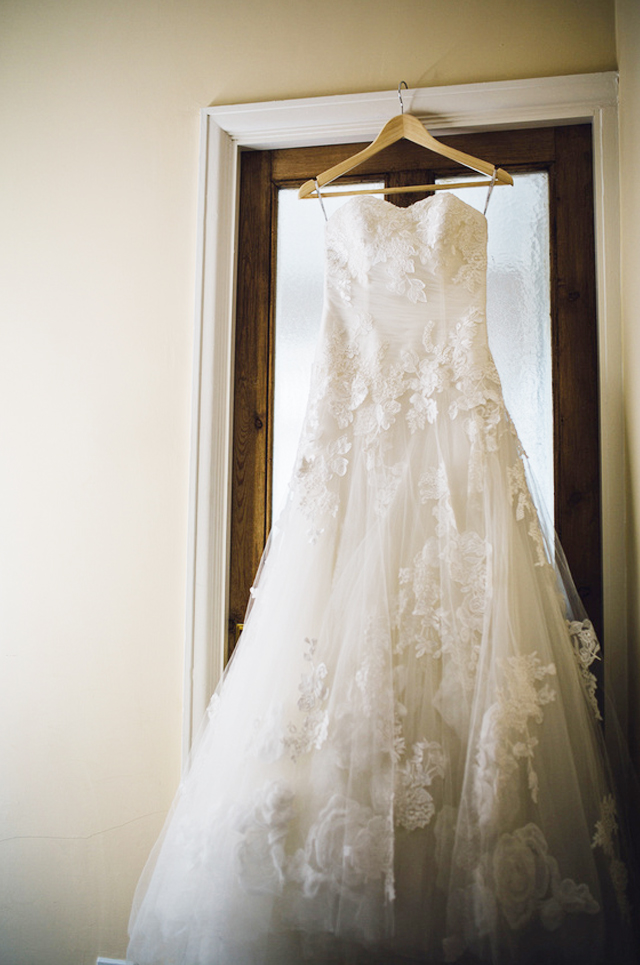 It’d been hard to sleep, the night before the wedding. I’d kissed goodnight my Mum and sister and Jo (my best friend and Maid of Honour) after an evening of drinking champagne and sharing gifts and telling stories and reminiscing, all by the light of a hundred candles and whilst listening to a colossal storm raging outside. It was as romantic a start to a wedding as I could ever have hoped for.

We woke bright and early that morning, and the ‘getting ready’ process took, as you’d expect, a hundred times longer than we’d planned it to. The house had a peaceful, relaxed vibe to it though, for the most part. Cody, our amazing hairdresser, calmly worked her way through each of us in turn, pinning and curling and braiding until we were transformed, then added in to our hair the tiny sprigs of gypsophilia and tea roses and fragrant eucalyptus that Michelle had dropped off along with our bouquets midway through the morning.

My stomach lurched with nerves every 15 minutes or so, and breakfast was an impossibility. In fact, I think I ran on adrenaline alone for most of the day… 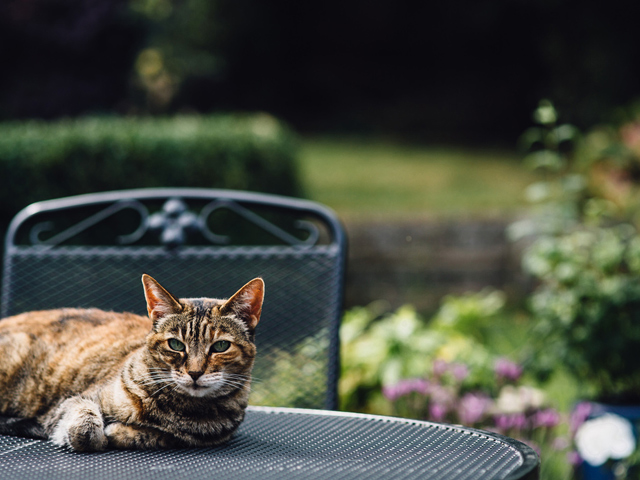 Whilst my Mum worked her magic doing makeup for Cesca, Jo, and herself, our wonderful photographer Sam managed to slip around almost unnoticed (quite the feat, in a house full of women!) capturing moments with the skill and intuition that make his work so very special.

A B O V E- my darling Grandma and Granddad on their own wedding day, 65 years before my own. Isn’t her bouquet something? <3 And Fizz, who we got as a kitten when I was 10, relaxed happily in the garden and then kitchen, soaking up all the attention that came her way. 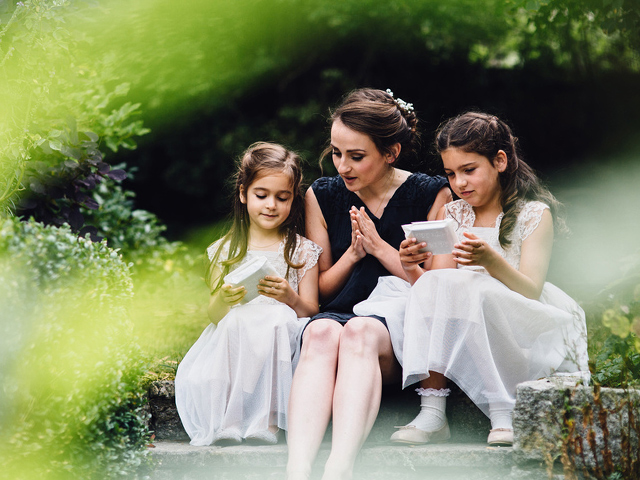 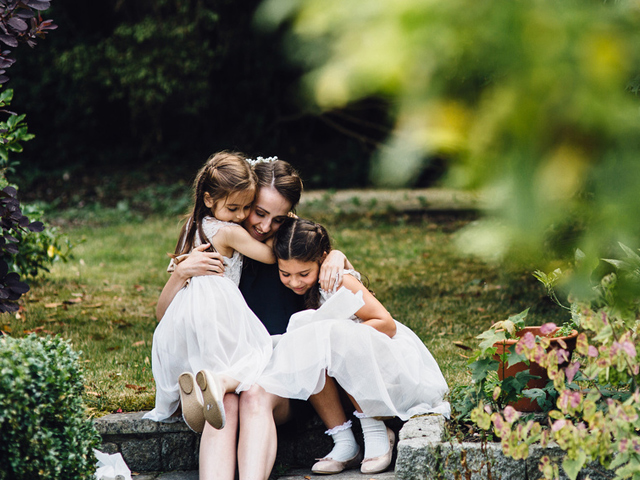 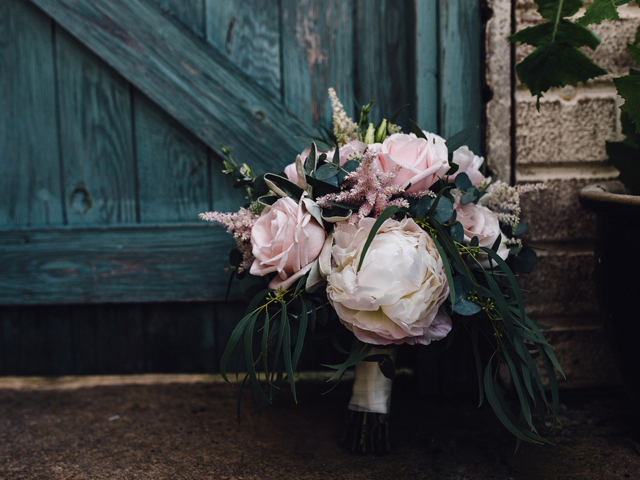 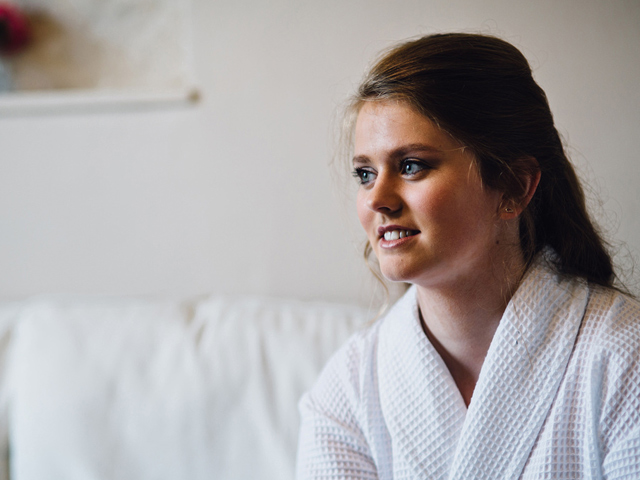 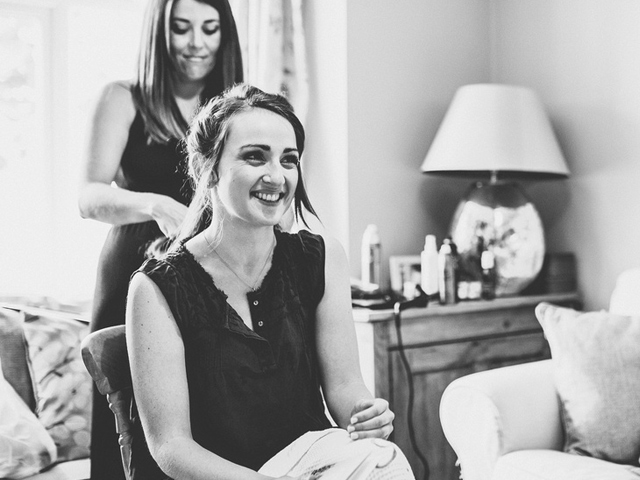 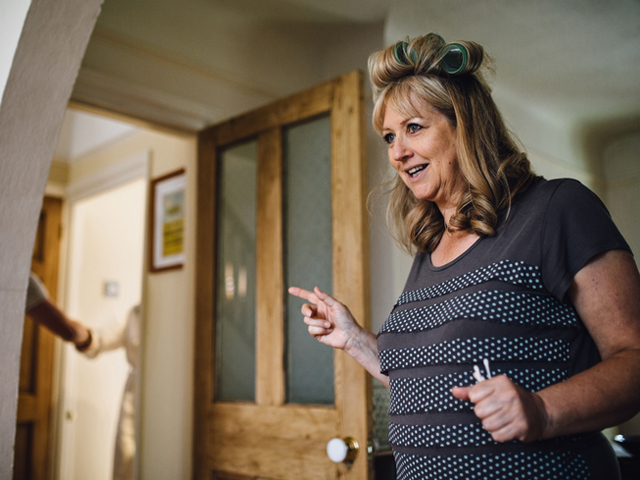 Jason and I had promised that we’d keep our wedding morning ‘gifts’ to something small and sentimental, and at a little before 11 that morning, my soon-to-be brother-in-law Joe arrived bearing a little sealed envelope marked, as Jason has called me for the best part of our relationship, not Rosie but ‘B’.

The card read ‘Adventure is waiting’, and the words inside were so similar those I’d written to Jason inside the gift I sent back for him with Joe (a book of all the little letters I’ve written him during the past few years, with a new one for the morning of the wedding), it was almost silly! If we’d ever doubted for a second if we were meant to be… 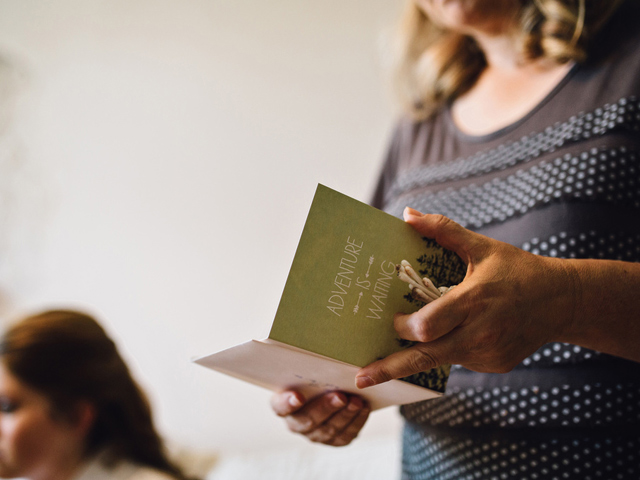 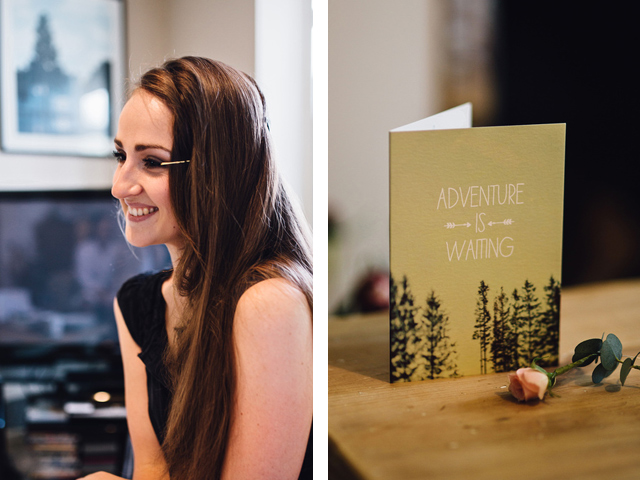 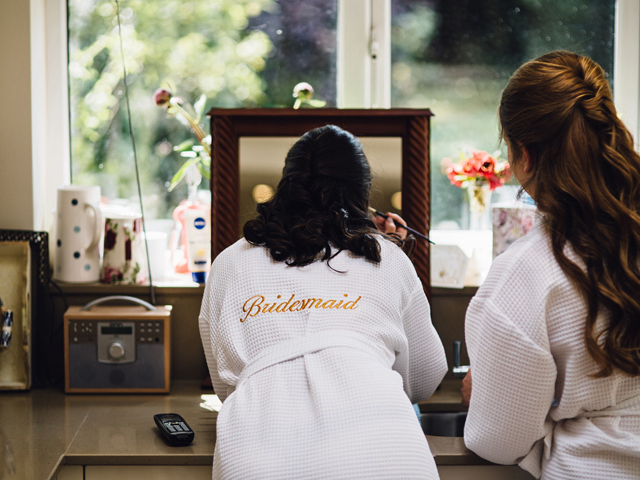 Sam dashed over to see Jason and his brothers, just in time to capture Jason opening up my gift to him. B E L O W – the boys in black and white… 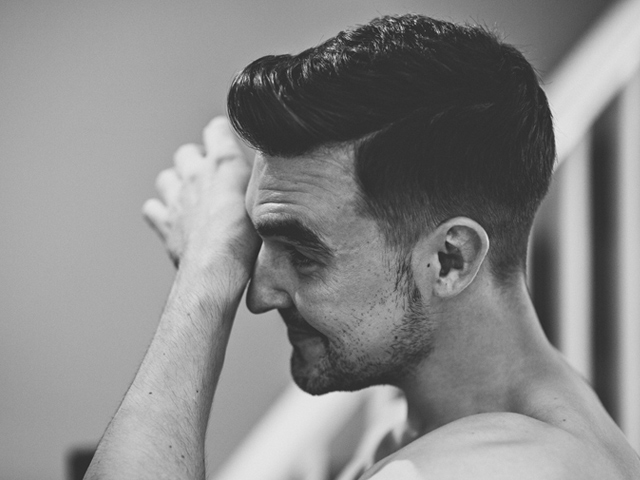 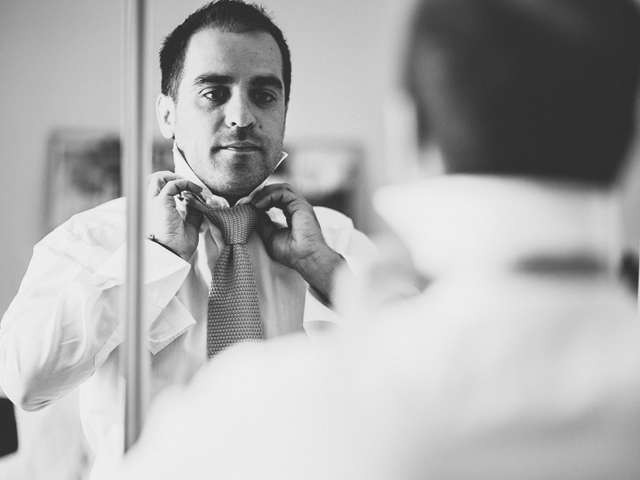 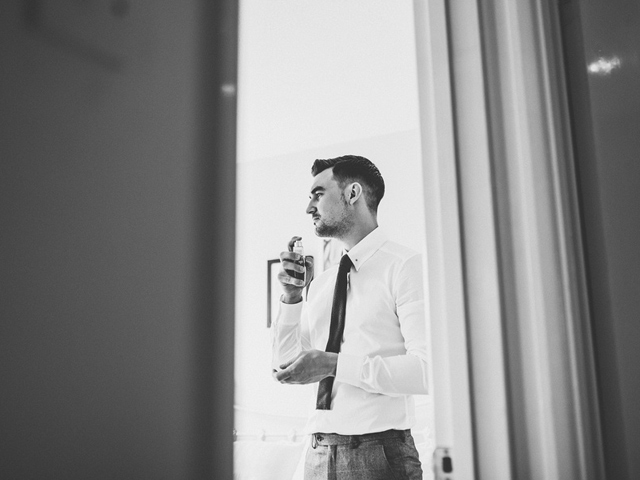 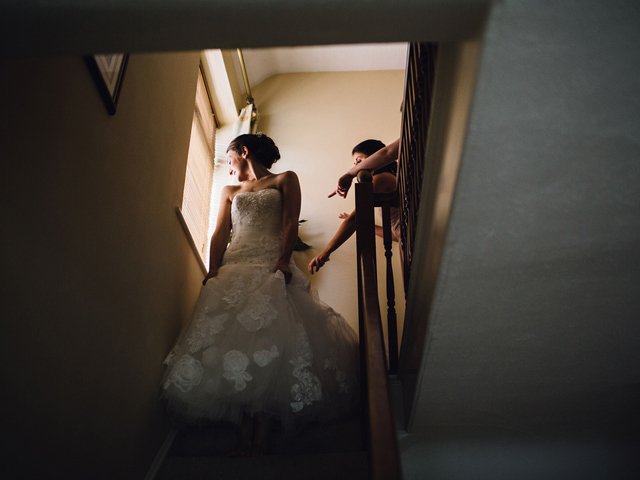 I’d somehow managed to leave putting on my dress so late in the morning that panic had begun to set in, and the moment itself is a blur when I look back on it now.

A blur of ‘goodness me, was it always this snug?’ and ‘please don’t let me fall down these stairs’ and ‘can I wear this every day of my life, do you reckon?’. Even though I must’ve tried on my dress 30 times ever since that very first fitting, this time was something completely different. I can’t quite explain how surreal it felt to be transformed from myself, into a bride. 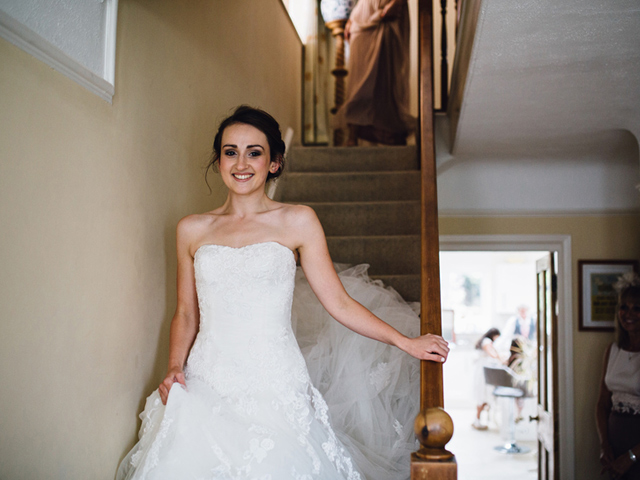 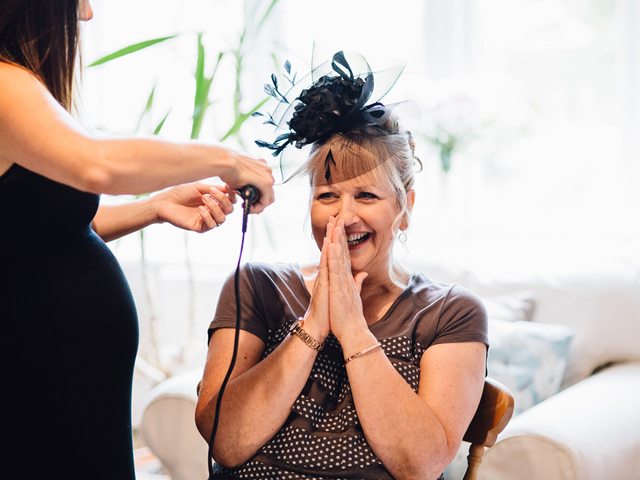 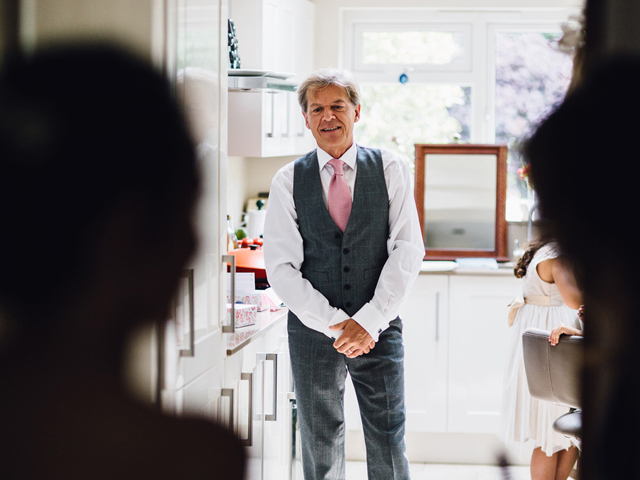 Asking my godfather, Steve, if he’d give me away was one of the very first things I did after getting engaged, and it was so incredibly special to have him with me on that morning. He insisted we took a selfie in the car on the way over to the ceremony (and called it a ‘facie’! <3), which, whilst I look so nervous I’m practically green, is a photo I’ll treasure forever! 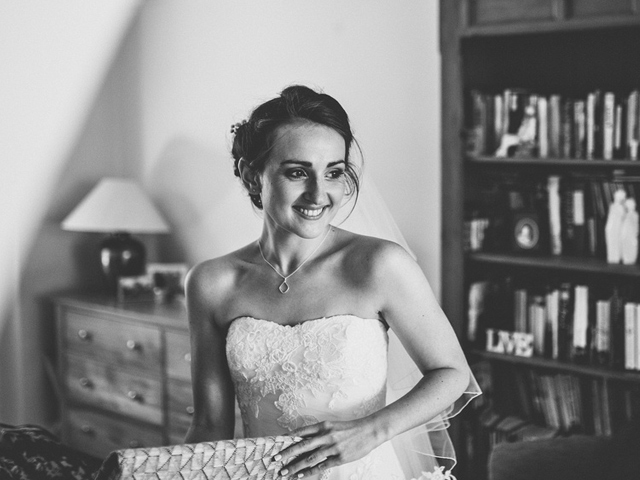 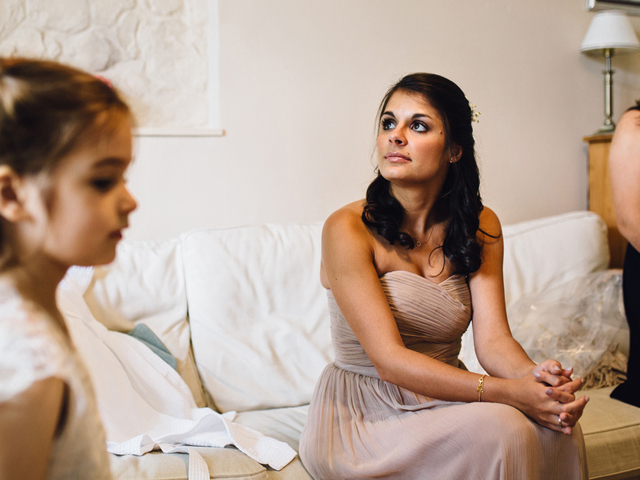 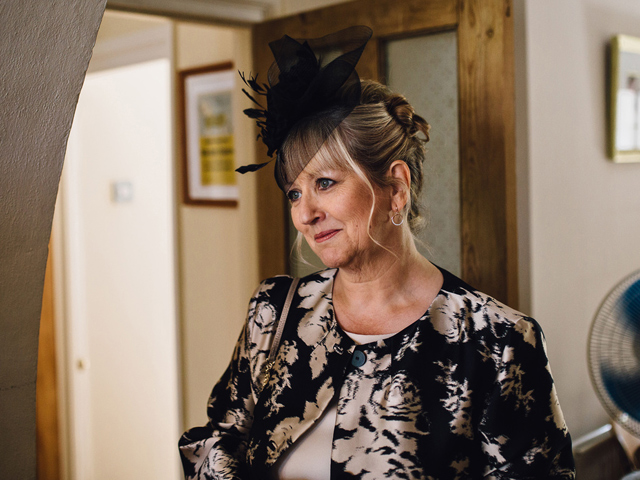 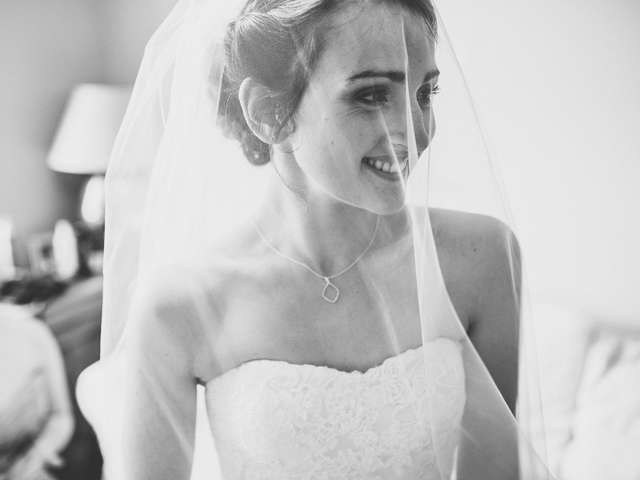 The final moments before we left the house were a rush of emotions.

Jo and Francesca helped me put the veil down over my face so that Steve could practise lifting it off again (he was nervous about doing it wrong at the top of the aisle!), and the look on my Mum’s face when she saw me as a bride for the very first time that morning is a mental picture I know will stay with me forever.

My heart felt as though it was leaping higher and higher in my throat, and the minutes seemed to rush past in bursts.

I watched as our little bridesmaids left for the church, followed closely behind by Jo and Francesca and my Mum and Godmother, until there was no one left but myself and Steve.

He asked, ‘Are you ready, darling?’, reminded me to breathe (because I think, in the joy and nerves and anticipation of the moment, I’d forgotten to), and then, finally, we were ready to leave. 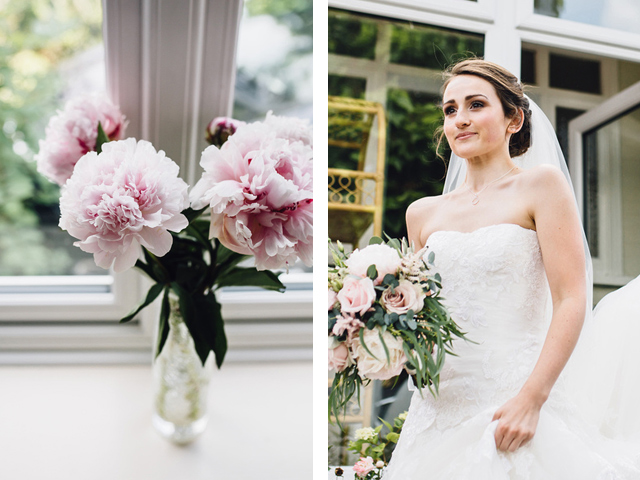 Up next? The ceremony…

{All photos by Sam Docker.}

p.s. I’ll be sharing posts from our wedding all this week and will be finishing up with a full supplier list, so do let me know if you’ve got any ‘where did X/Y/Z come from?’ questions, and I’ll make sure I include the answer in the round up.

46 Comments
Posted in WEDDING
Read from the beginning >