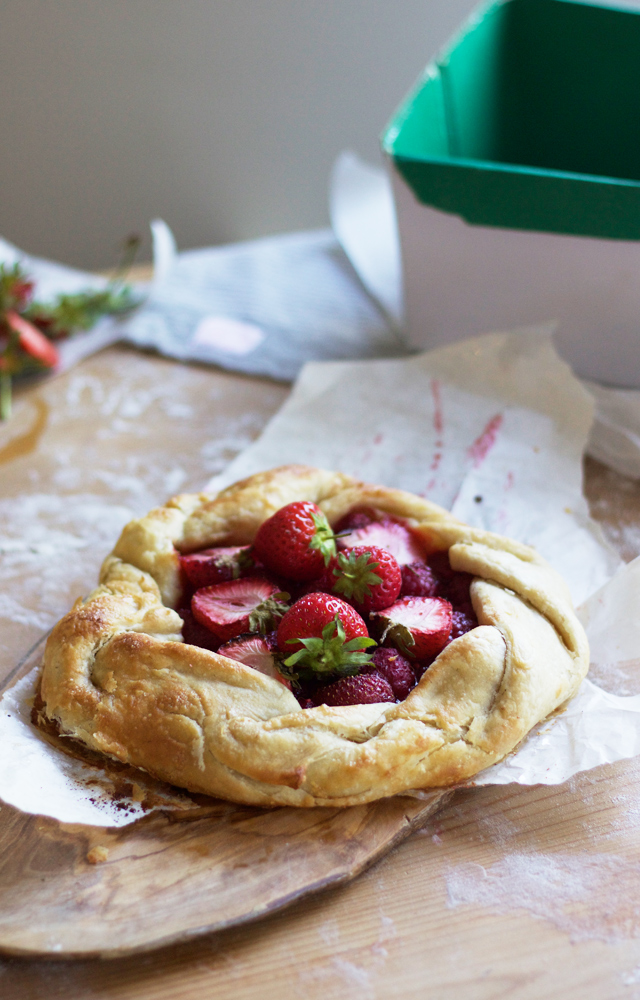 And now that the berries have been picked, what to do with them all?

Whilst fresh berries and sunshine are as beautiful a combination as you could ever imagine, it’s never a long-lasting situation. The heat will take the ripest, most perfect berries of the bunch and tip them over into the land of mush and fermentation quicker than you can say ‘would you like some cream with those?’. Before you know it, you’re left resentfully feeding the remains of the punnet to the dog, whilst complaining about how what was once such beautiful fruit is wasted on an animal who drinks filthy puddle water like it’s a fine wine.

So, after devouring the first of the bunch plain (nothing can better a perfectly sweet strawberry or tart raspberry), and then adding the next round to yoghurts and porridge in the mornings, what to do with the remaining half kilo or so? Should you make jam, or strawberry ice-cream? Fruity salads, or sweet summer cakes?

Or, how about a galette or two? They’re simple, delicious, and despite being the easiest things in the world to whip up, look impressive in their own rustically-charming kind of way. Here’s how… 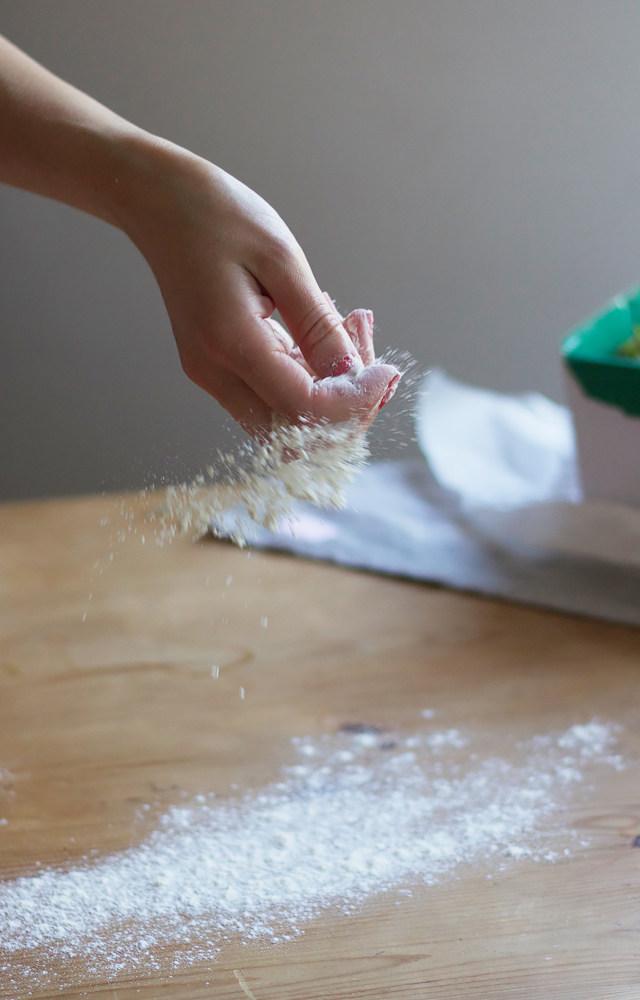 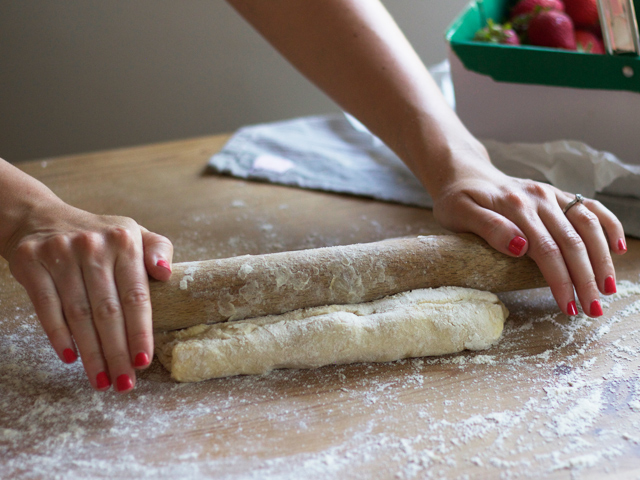 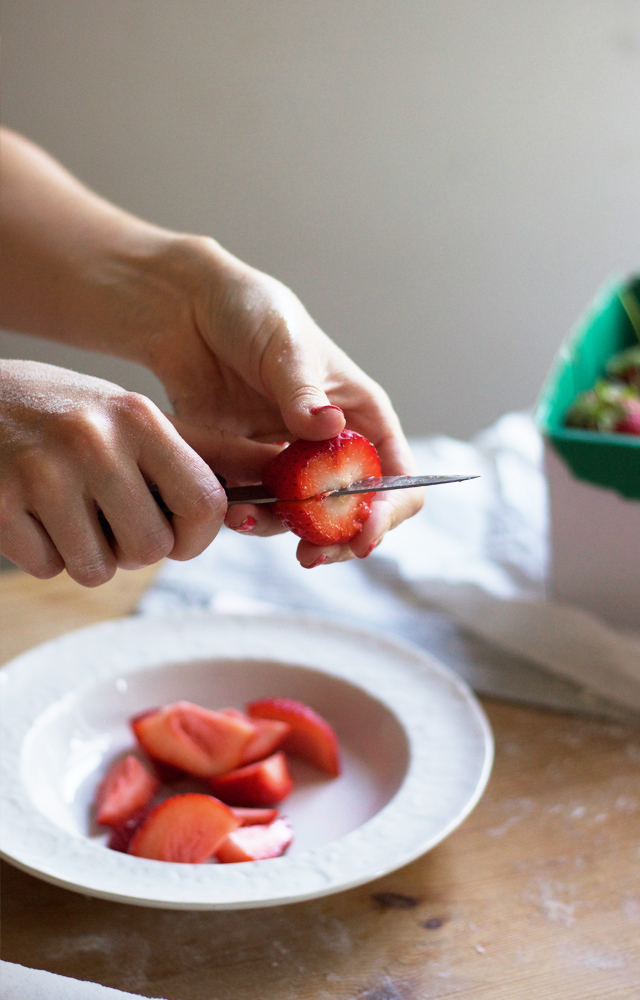 I like to imagine these galettes being served up to friends at the end of a meal eaten outside in the summertime. They’d be the pre-curser to the cheese board, and the follow up to a meal of heaping salads and roasted vegetables and tender fish and crusty bread. Do you do that, too? Lose yourself in fantasies of dream dinner parties? I hope it’s not just me ;)

However they’re served though, in a some-day-dinner party or merely at the end of a simple Sunday supper for two, they make perfect summer dining. 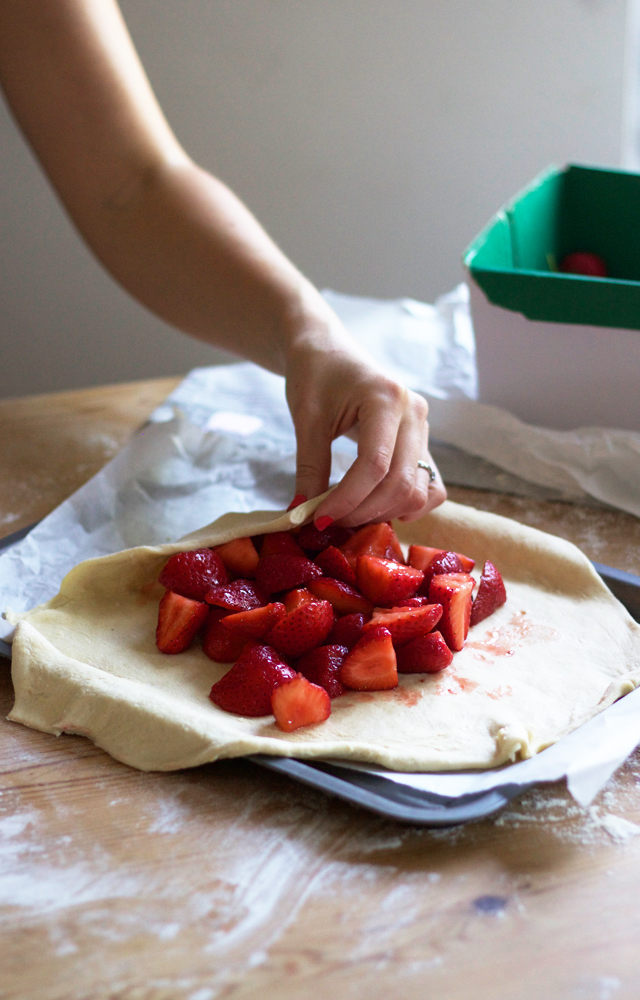 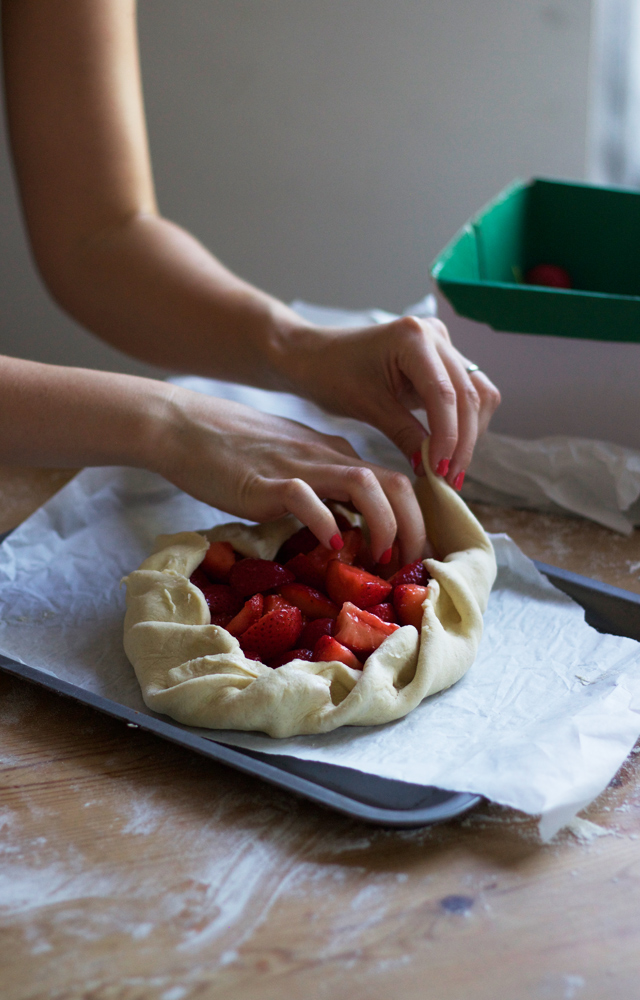 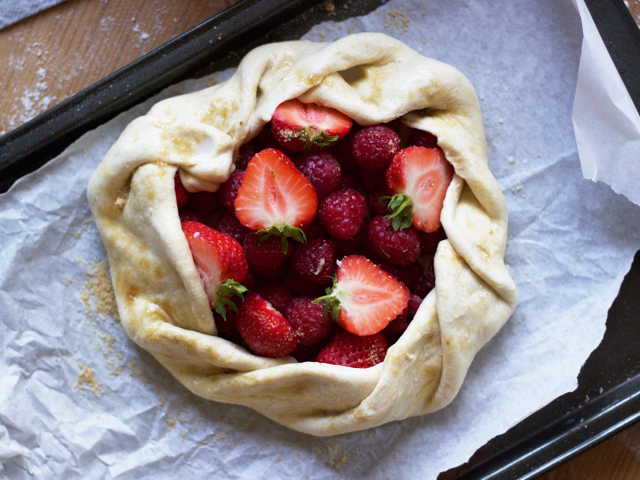 - Put the flour and salt into a large bowl, and cut the cold butter into small 1/2cm cubes. Toss the butter cubes into the flour, and slowly add in ice water a little at a time, mixing until the dough come together and forms a rough ball.

- Turn the pastry dough one quarter turn (so that you have a short side nearest to you again) and repeat the process. The roll-fold-turn process needs to be completed five times in total, flouring well between each turn. The dough should be smooth and pliable once you’re finished. Wrap well in cling film, and refrigerate for at least half an hour. (In summer, an hour’s chilling is best!)

- When the dough’s chilled, take it out and divide into two. Roll out each half into a rough circle until the pastry is 1/2 centimetre thick (thinner than photographed, the pastry was puffing up quicker than I could get these photos shot!) and then transfer it to a tray lined with parchment paper.

- Toss the strawberries and raspberries with sugar (less for the sweet strawberries, more for the tart raspberries), grate in some lemon zest, and then heap the berries into the centre of each pastry round. I made one strawberry and one raspberry, though you can mix if you’d rather.

- Fold in the edges of the pastry, brush with a little beaten egg and scatter over a small handful of brown sugar, then transfer to an oven preheated to 200 degrees celsius.

- Cook for approximately 30-35 minutes, until the pastry is golden and flaky and the fruit soft and bubbling. Serve with a scoop of ice-cream (homemade, if you’d like!), or a serving of creme fraiche. 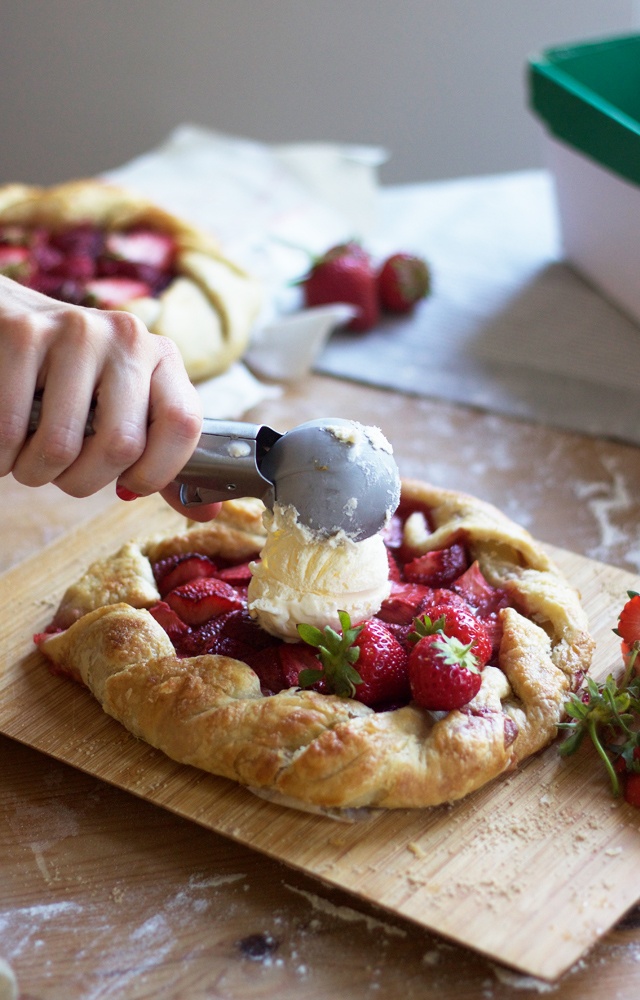 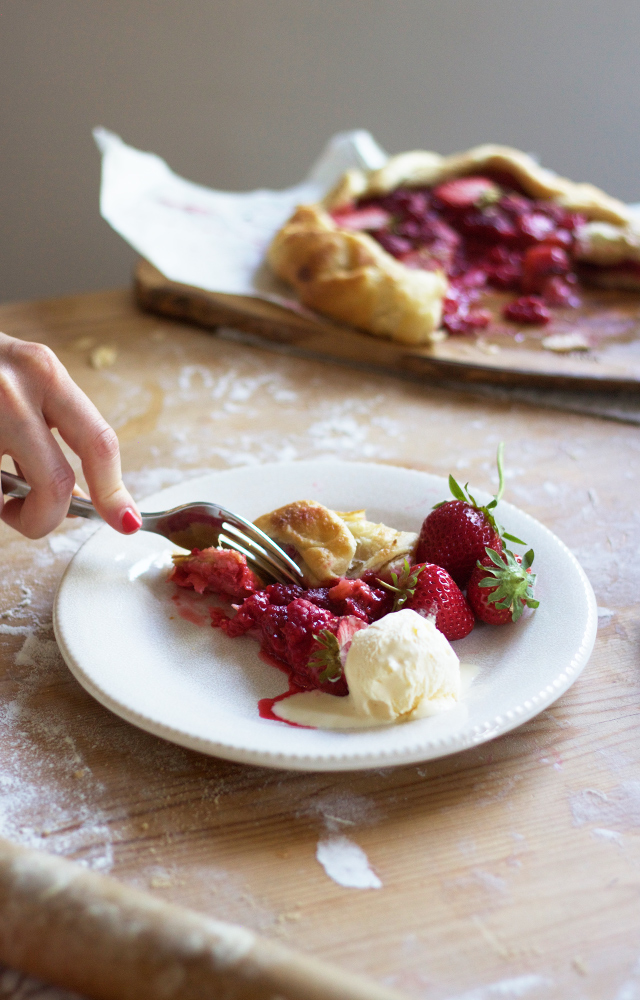 1 Comment
Posted in BAKING, FROM MY HOME TO YOURS, RECIPE, SUMMER, SWEET
Read from the beginning >