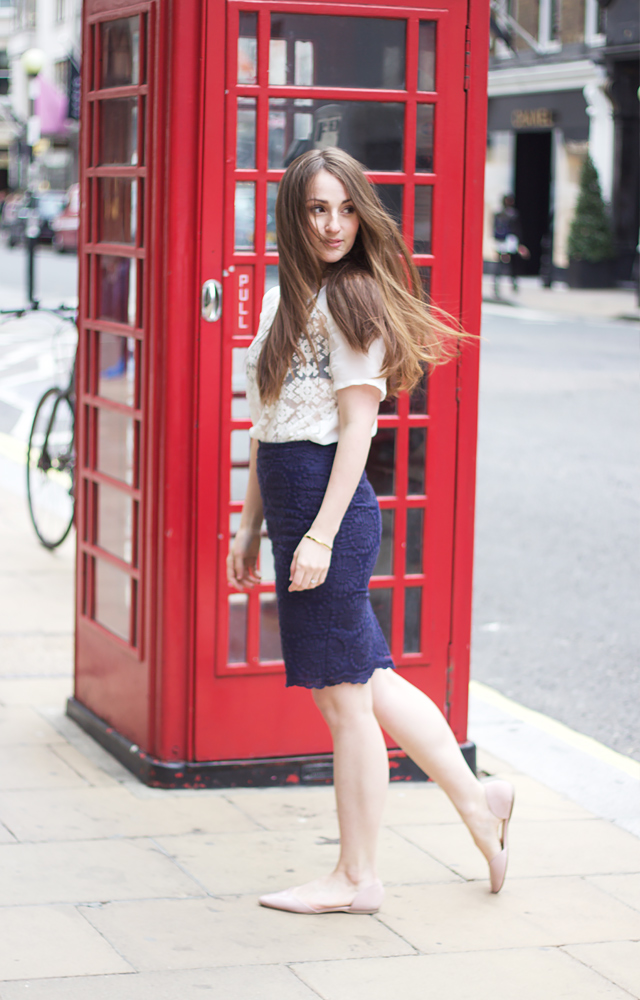 After several days of Biblical rain storms, the unseasonable cold, and a sun so pathetic the newly-appearing freckles on my face all but jumped ship and disappeared, spending the whole of Thursday in a bright and (mostly) warm London was total bliss. I always forget quite how glorious London becomes when the sun shines, even when said sunshine is a touch on the intermittent side.

Thursday was a busy old day. It was a day for ditching the tube and walking round Soho, for meeting friends (both old ones and new), and eating. Always, always eating, because what else is a girl to do when in London? The day began bright and early- brighter and earlier even than was necessary for catching my train, because I had errands to run before heading into town. Turns out though, running errands whilst wearing a pencil skirt is more like…’trotting errands’. Running (or even walking fast) with knees that are tied to one another is a total no-go, and it made trying to dash across the village high street whilst carrying the pair of heavy curtains I’d just collected from the dry cleaners a pretty memorable experience…

But, to the exciting things! First on the London-agenda was…Boden! Boden’s twice-yearly press days (one for Spring/Summer, the other Autumn/Winter) are fast becoming one of my favourite blog-related events to attend. Not only is it always a treat to get chance to preview all the beautiful pieces that’ll be being released over the coming months (check out the handbag below- isn’t it a total dream?), but they’re always the most sociable of days too! Kat, Natasha and I were introduced to one another via the lovely folks at Boden (on that most fabulous of trips down to Dorset last July!), and now take the chance to meet and catch up every few months at press days. A few months ago was a S/S preview followed by afternoon tea at The Berkeley, and this Thursday was AW15 and then a whole afternoon of treats!

First things first though, to The Old Vinyl Factory on Marshall St for Autumn Winter newness… 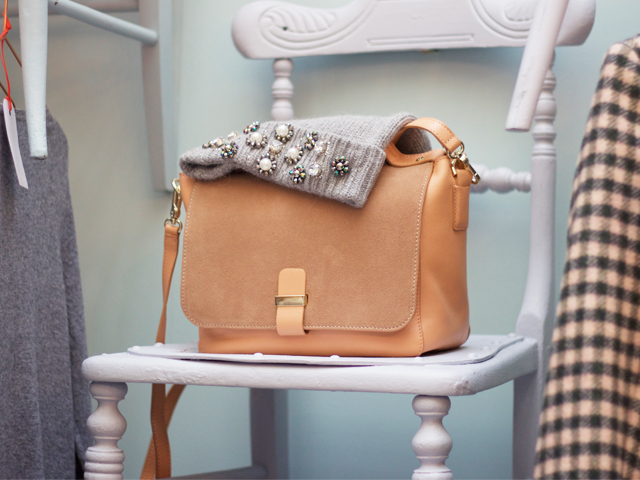 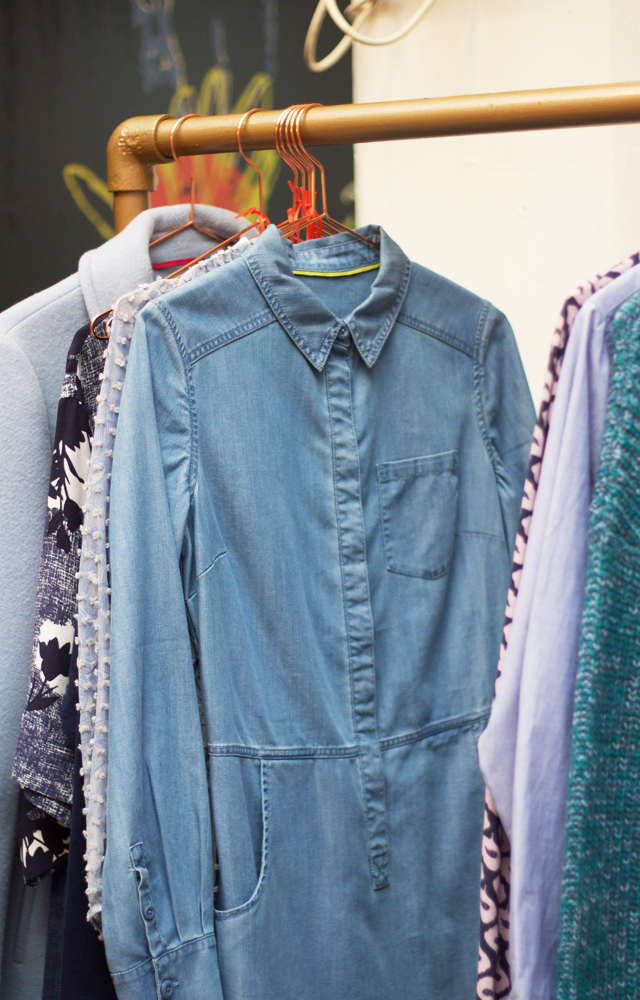 ^^ The collection is totally gorgeous. It’s called ‘The New British’, and has so many so many stand out pieces it was hard to pick my favourite! That denim dress is one of them though, for sure…^^ 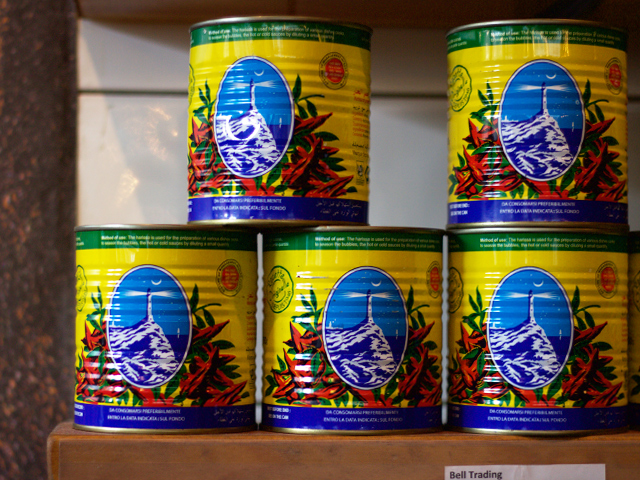 After we’d taken a thousand photos and each bumped into so many bloggers and journalists we knew from other events (including my love Lucy, who I met in Cologne), we said our goodbyes (sadly to the clothes, whilst we’ll be waiting a few months for) and headed out in search of lunch. We decided to pace ourselves and go light for our midday meal, so nipped up the road from where the event was being held, and straight into Comptoir Libanais. 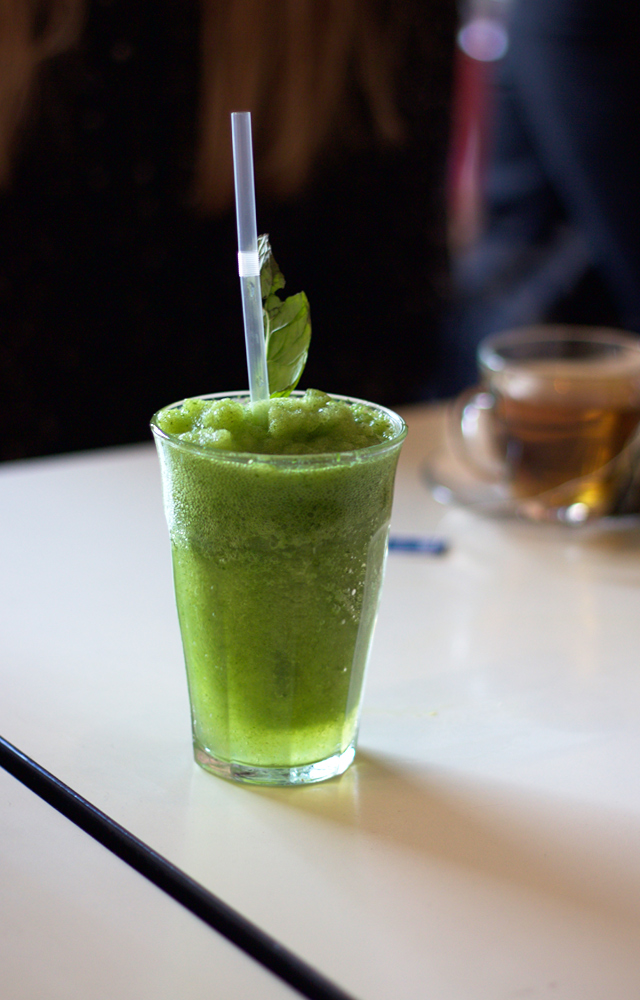 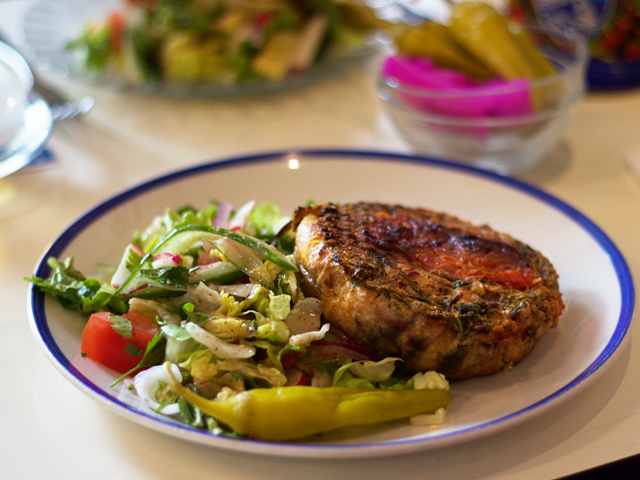 I’ve only been to Comptoir Libanais twice, but both times have left me wondering why on earth I ever eat anything other than pickles and hummus. The pickles in Comptoir are out of this WORLD fantastic- so salty they’ll make your tongue tingle (which is exactly what I look for in a pickle, just in case you’d ever wondered), and the pickled jalapeños are just hot enough without being up there in blow-your-head-off territory. (How many times can a person write the word pickles in one paragraph without it being annoying? Pickles. There’s another one just for the sake of it.)

Kat and Natasha both pronounced the chicken wraps they’d ordered to be delicious, and the halloumi tortilla with chopped salad I ate was pretty delicious too, as was that frozen mint and orange blossom lemonade concoction in the photo above! I love how fresh and vibrant the food is, and it’s so very affordable for a quick lunch too. If you go, promise me you’ll order an extra side of pickles on my behalf, okay? (The lurid pink ones are the best…) 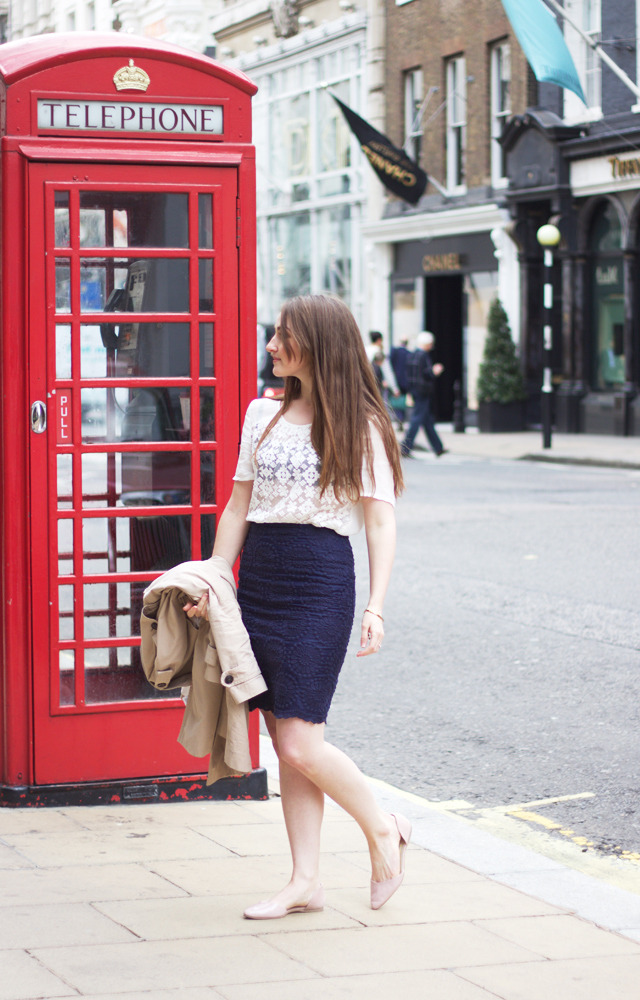 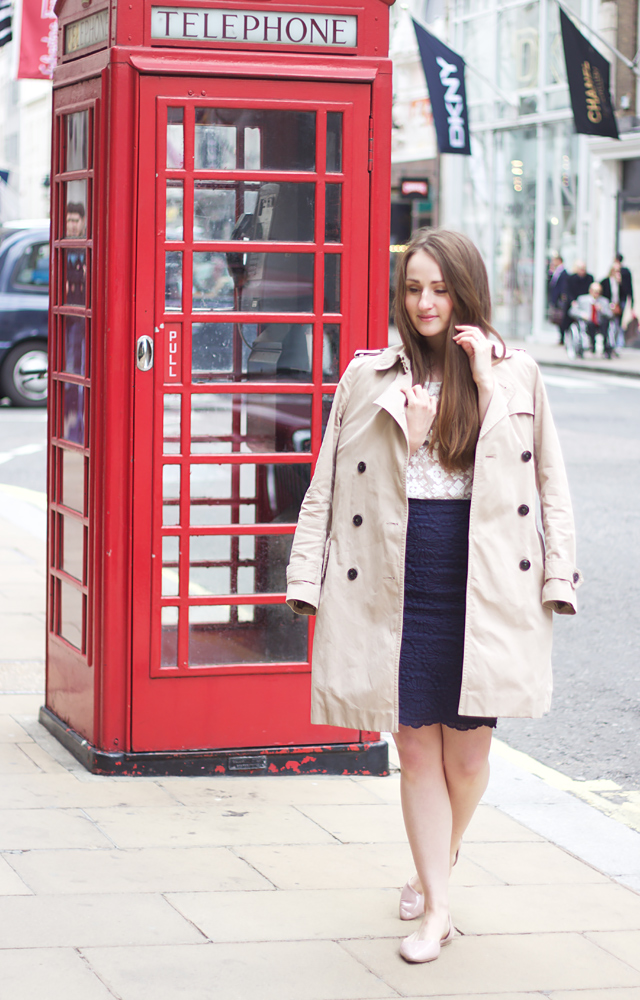 Post-lunch, the three of us went in search of dessert and found our way over to The Parlour in Fortnum and Masons. I’d never been to Fortnums for anything other than a browse and a potter before, and now I’ve sampled the delights of The Parlour, I can’t think why on earth not. I mean, the tea and coffee cups come with miniature ice-cream cones on the sides, for crying out loud! 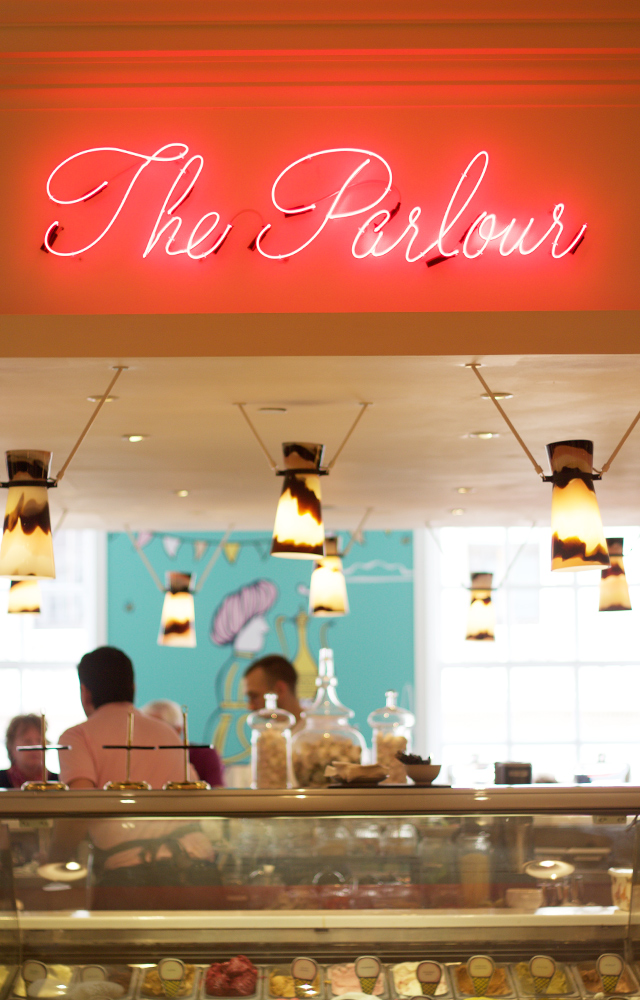 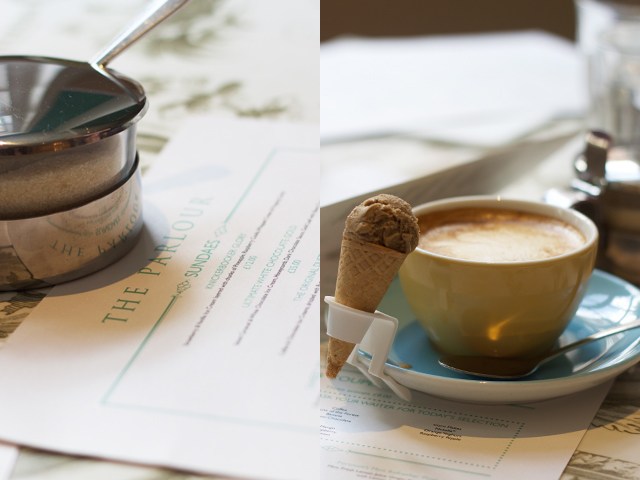 Between us we sampled a flat white (mine, predictably), a couple of pots of Earl Grey tea, as well as pistachio, mint chocolate, raspberry, and salted caramel ice creams. Everything was just lovely, but those ice creams are what make the Parlour worth stopping by for, truly! The flavours are fantastic (the salted caramel rocked my world!), and sitting in the adorable cafe with its American diner-meets traditional British finery setting was a total treat. The prices are as dear as you’d expect from Fortnum and Mason, but for a little taste of dressed-down luxury, it was truly lovely.

And, what put the proverbial cherry on top of the ice-cream sundae was that after Natasha, Kat and I had sat and eaten our afternoon treats and put the world to rights for an hour or so, we were joined by Sara and Xanthe! We’d all known of one another for such a long time via Boden, and it was so fun to finally connect in person instead of just via Instagram! It was yet another of those moments that make me glad to have started this little blog almost three years ago to the day, because of how many connections it’s allowed me to make to people from all corners of the world. 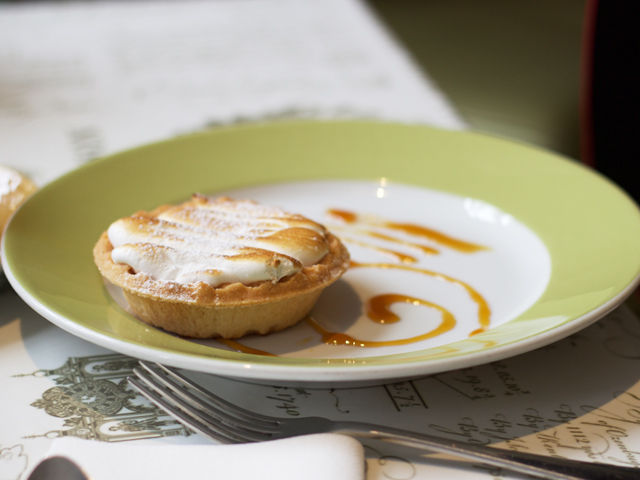 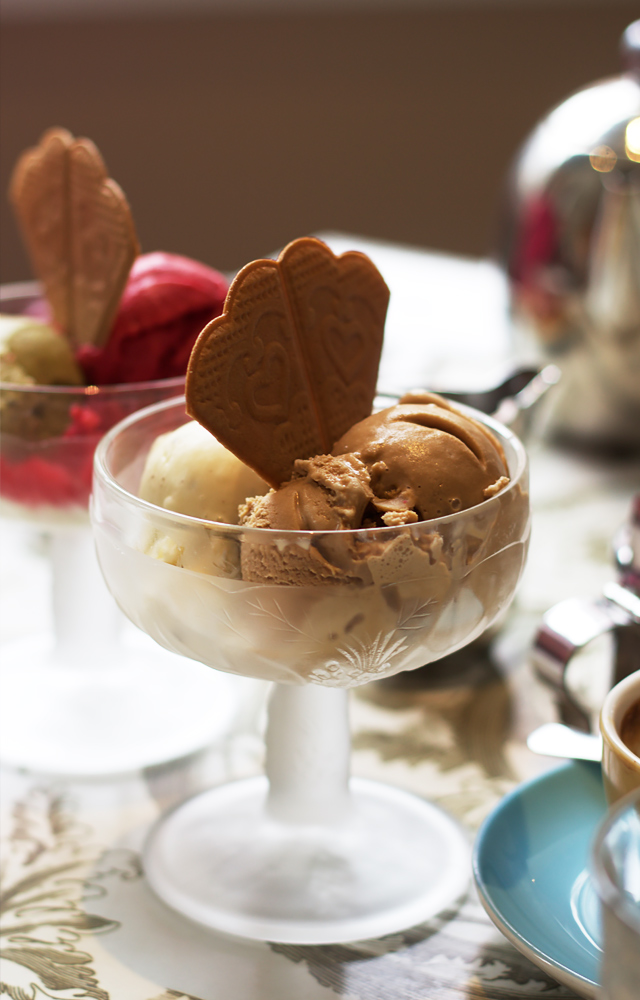 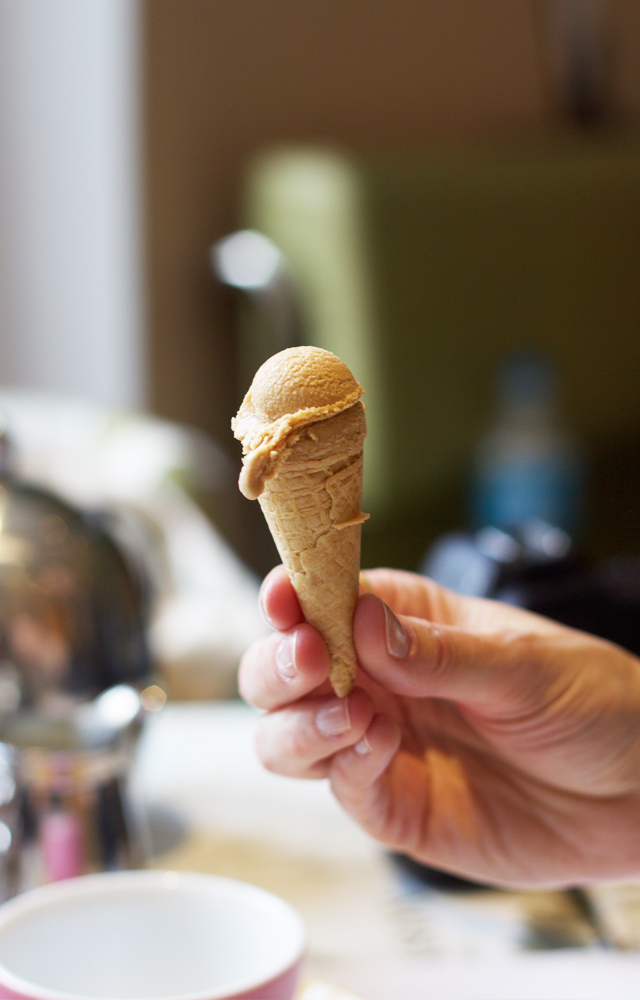 Summer? I’m ready for you now.