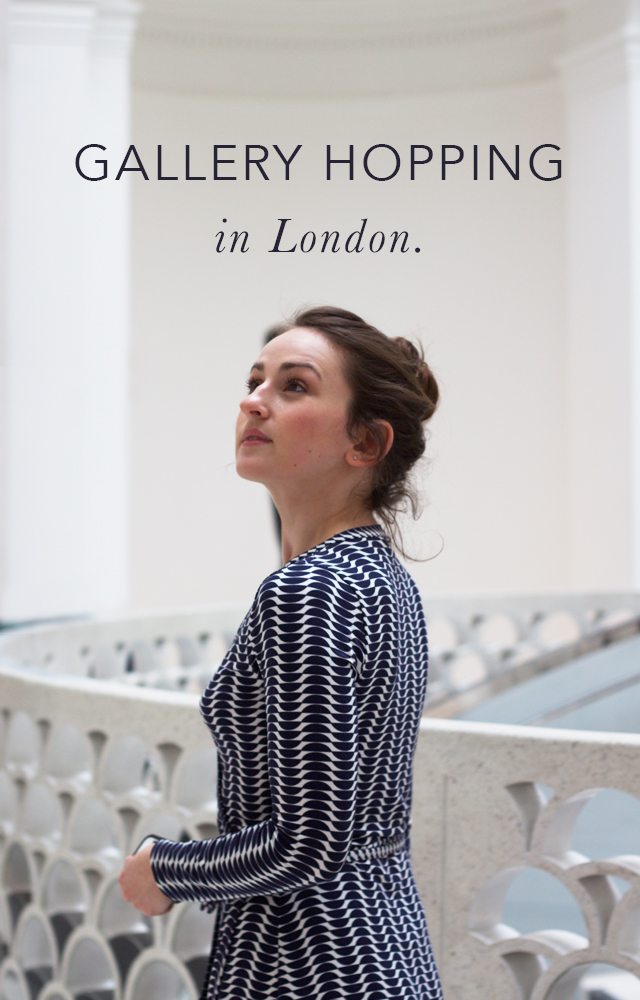 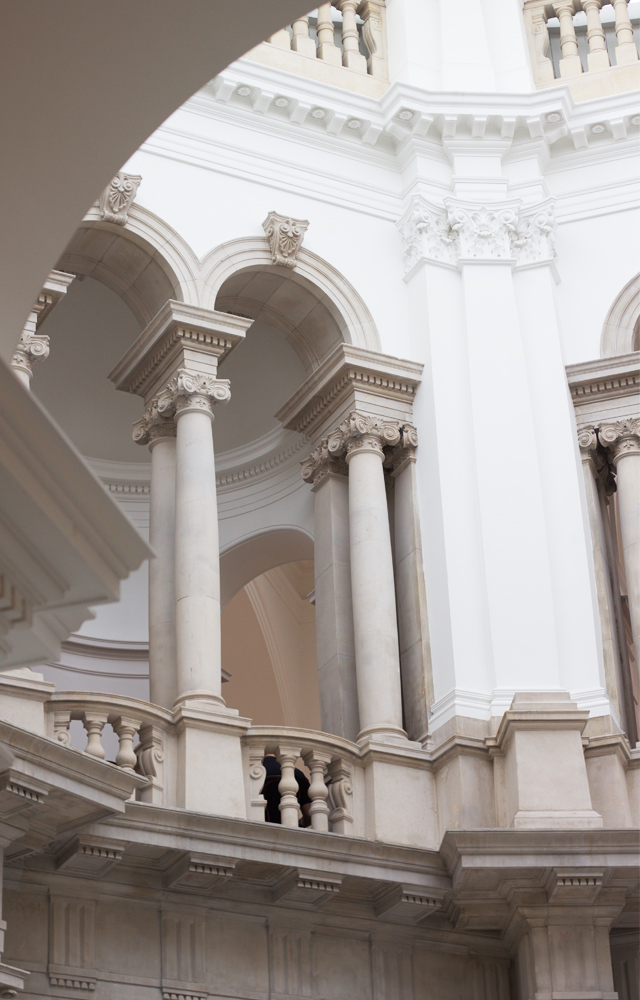 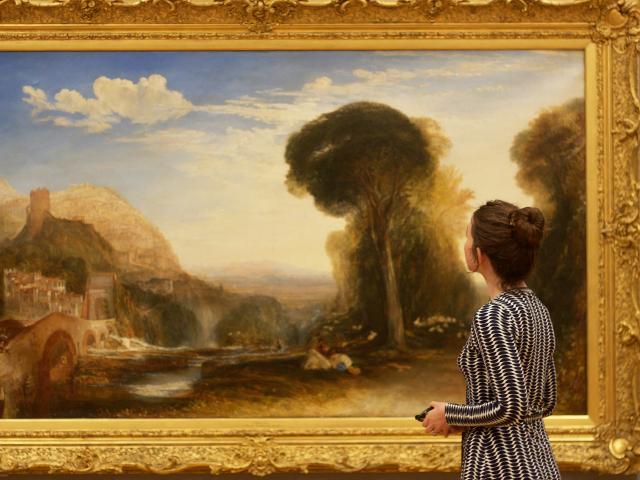 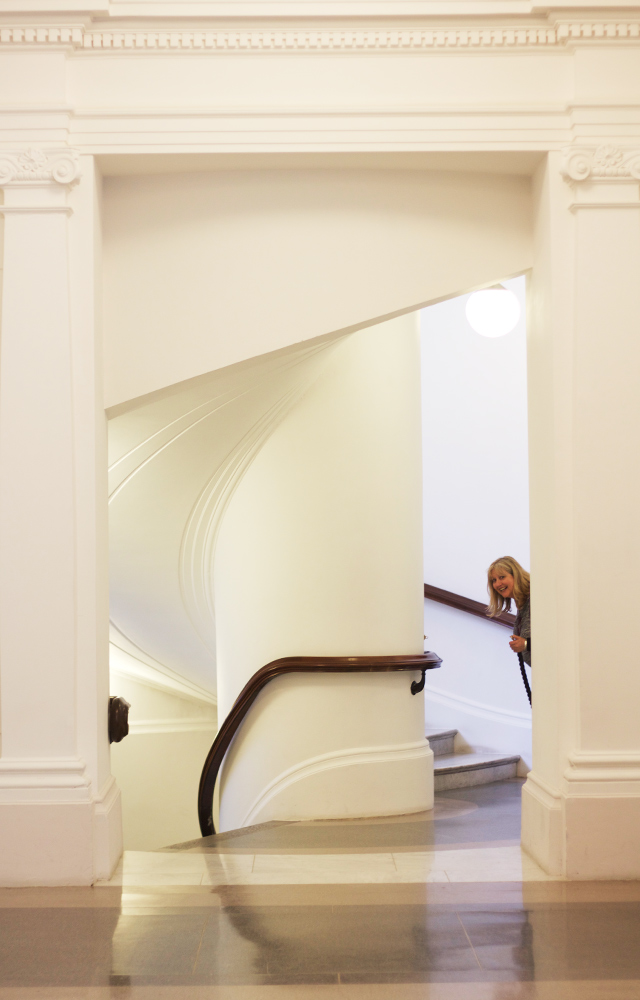 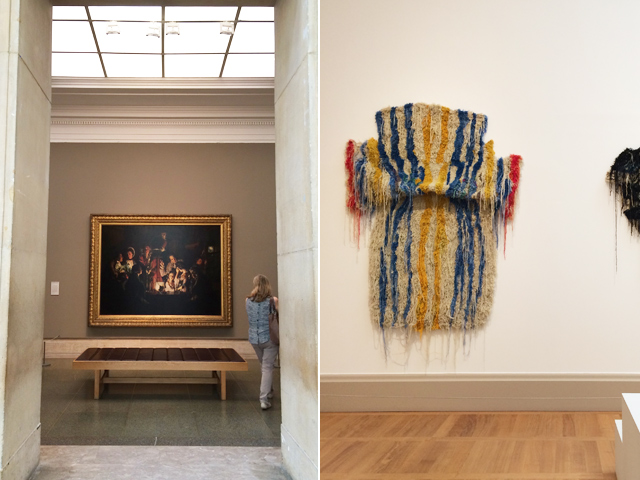 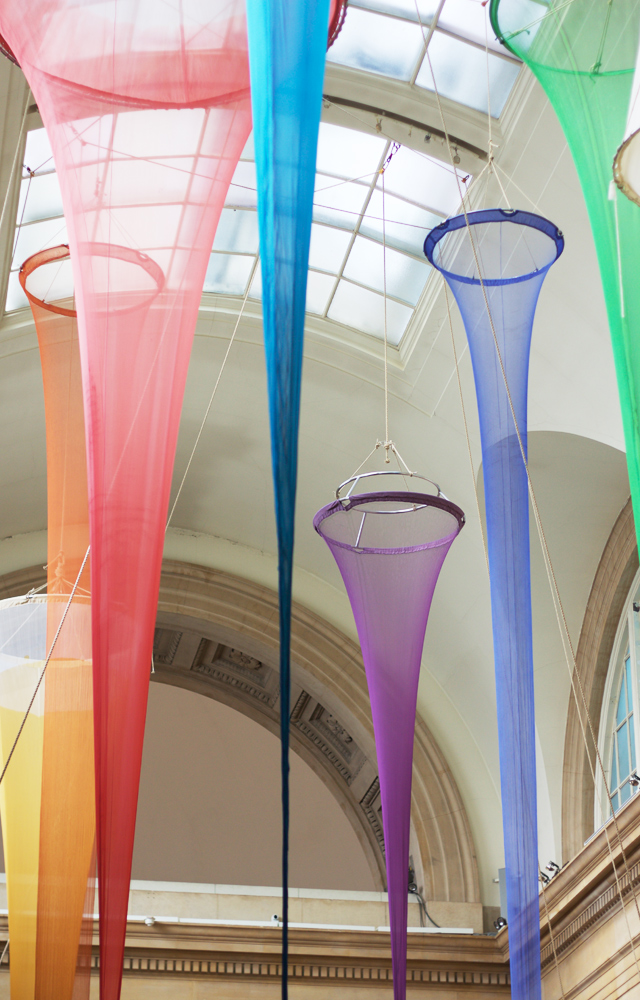 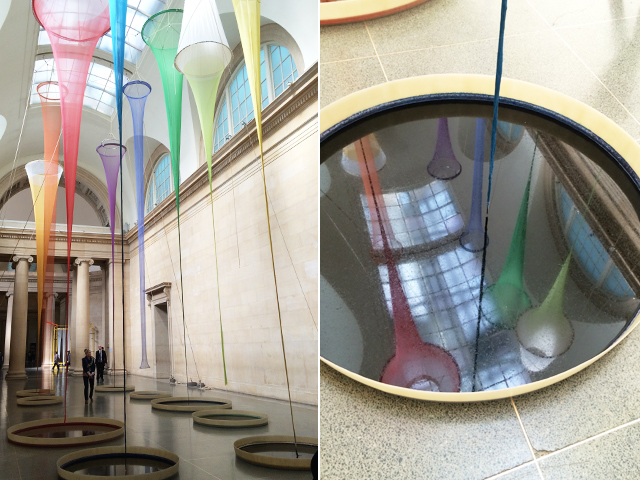 Some might say that the very best thing about spring, aside from cherry blossom (of course), is the frequency with which bank holiday weekends roll around throughout April and May. And I’d have to say that I wholeheartedly agree!

There’s nothing that can top the joy of shutting down your laptop on the last working day before a bank holiday weekend, knowing that three (or four, if we’re lucky!) beautifully long, sunny (if we’re really, really lucky) days are stretching out ahead of us. Alongside all the BBQing and home-sprucing and dates with friends during those long spring weekends, my Mum and I (sometimes with my sister, too) always book in a day in London visiting the art galleries and museums.

I’m up in London lots these days, and the Plan Of Attack usually centres around food. Or shopping. Or food AND shopping. Which is never a bad thing, of course, but every once in a while it’s so lovely to wave goodbye to Regent Street or the King’s Road or Covent Garden, and head in search of a little quiet culture instead. It’s a tradition we’ve kept up or years now, these gallery-hopping days. We to head into town early one morning, stop for coffee on the way, and then spend our time wandering from one gallery to another.

On the sliding scale of art galleries in London, with absolute Classicism at one end and Modernism at the other, Tate Britain falls somewhere in the middle. There are beautiful classical paintings, and modern sculptures, and right now, my favourite piece from the day, there’s a soundscape of bird calls called ‘Something Going On Above My Head’ being used to fill the main entryway of the gallery itself (pictured first in the post).

There’s an incredible exhibition running at Tate Britain at the moment of Turner’s paintings, that showcases the variety and scope of his work. It explains a little about his painting techniques too- he apparently used to work on several canvases at once, and would build up several paintings at once colour by colour. It’s fascinating and well worth a visit (as are those beautiful dip-dyed silk hangings pictured above). 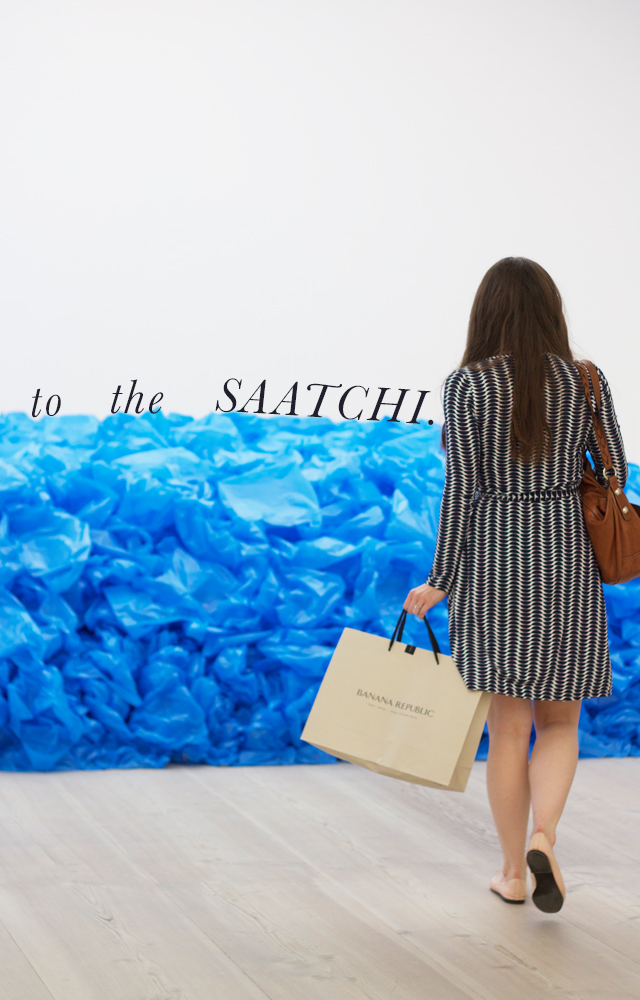 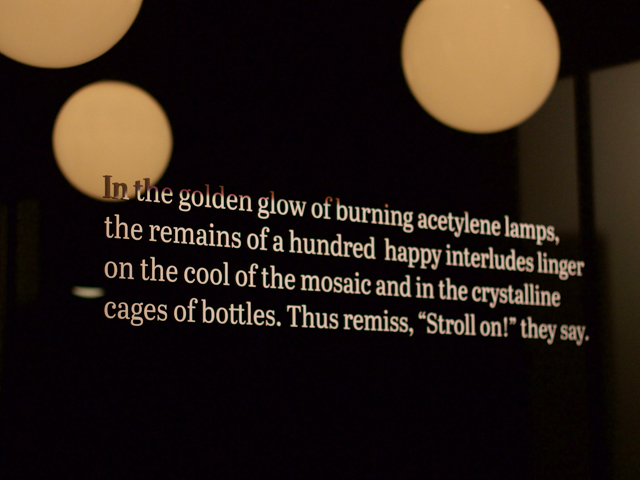 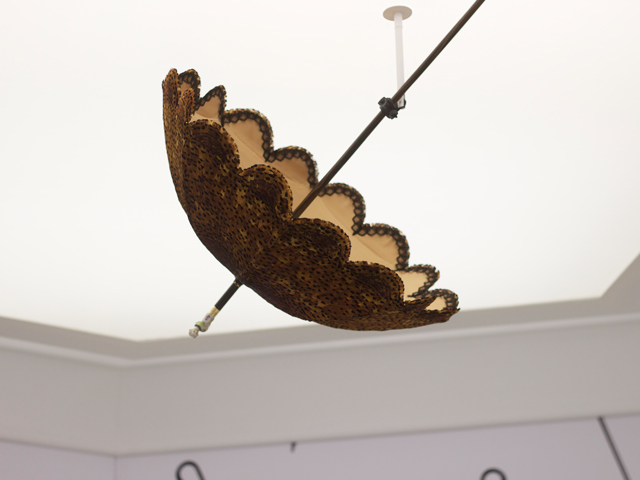 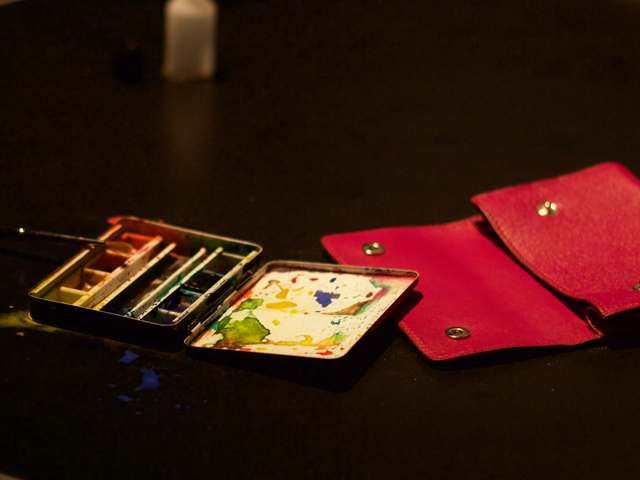 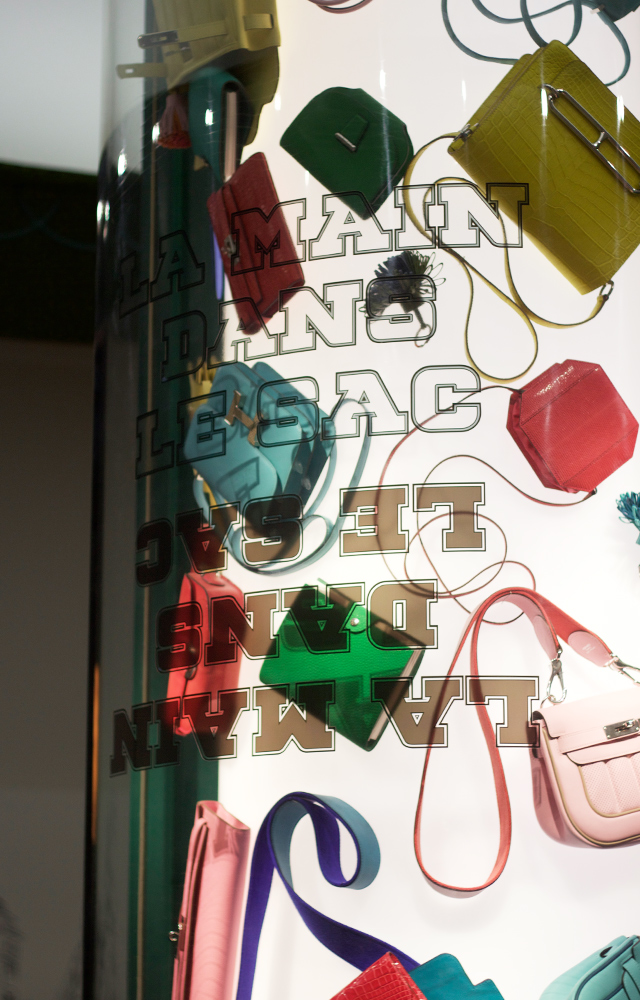 For a little contrast to all things classical, try the Saatchi Gallery on the Duke of York Square. It’s full of the type of art that’s most divisive- I heard at least three people scoffing and saying ‘this isn’t art!’ whilst we were there! One of them may or may not have been my own Mum…

But! As much as it’s easier to appreciate the artistry or a classic piece by Turner or Constable, I do really enjoy looking at Modern art. I find that, because it’s often immersive, it holds my attention far longer than a painting can. There’s an exhibition running at the moment by Hermes, called ‘Wonderland’. It explores the concept of ‘Flanerie’, the art of wandering.

A quote from Pierre-Alexander Dumas (Hermes’ Artistic Director) says ‘Through flanerie, time is not lost, it is rediscovered! [...] Flaneurs garner, forage and gather. They unearth the unusual in the mundane, the unnoticed in the already seen, the distant in the near, the visible in the invisible.’

The exhibition guides you through a series of rooms that feature light displays, music, video, graffiti, visual displays, and pieces from Hermes themselves. Because it’s such a rich visual feast and a totally multi-sensory and immersive experience, I found myself wandering through at snail’s pace trying to take in every single detail. And I think the concept of ‘flanerie’ is easily my favourite thing I’ve learnt so far this year!

‘Wanderland’ runs until the 2nd May at the Saatchi Gallery, SW3 4RY.

p.s. If you do happen to get sidetracked and pop into the shops on the Duke of York Sq during your day of culture, don’t feel guilty. Even the best of us can’t resist the lure of Zara and Banana Republic during summer dress season…

0 Comments
Posted in DAY TRIPS, LONDON, SPRING, TRY THIS
Read from the beginning >