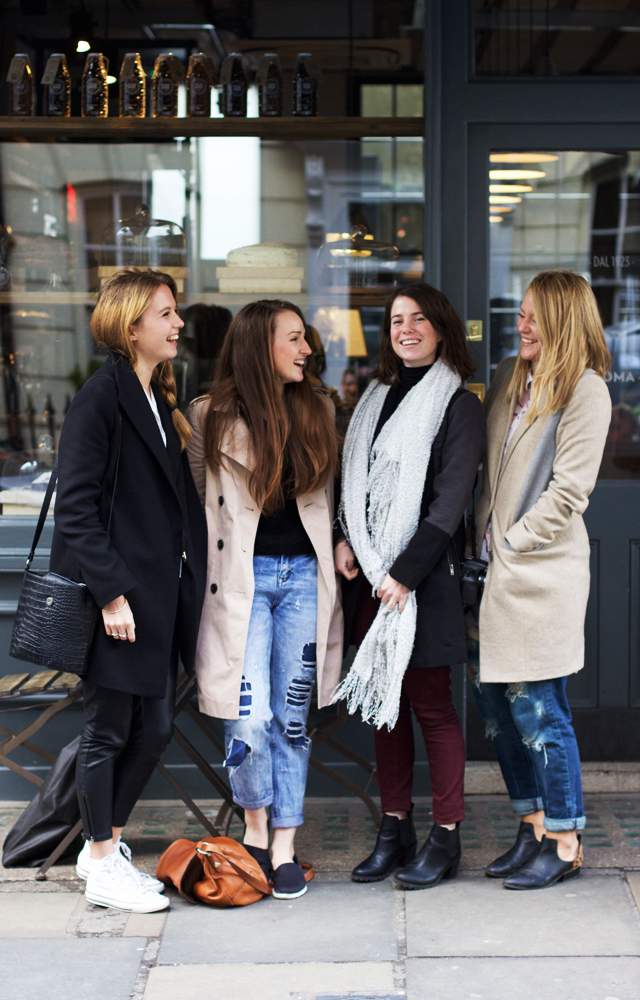 If you’ve already watched this little video I made and put live on my YouTube channel last week, you’ll know that way we spent the Saturday before last made me so very happy, I basically had a silly grin etched permanently onto my face. The day was spent in London with a few of my favourite people- Tania, Freya, Sophie, and Jason. Soph was over from Sydney so Freya and I FINALLY got to meet her in person, after well over a year of following each other’s blogs and Instas and all those other ways we’ve legitimised stalking in the 21st Century ;) And of course, Tania and Freya have been part of my daily life for what feels like forever now, but Jason had only met Freya once before and had only met Tania once via FaceTime when she was in Australia, so it was a day of unions and reunions and so much happiness I was pretty giddy by the end of it all!

Let’s start at the top… 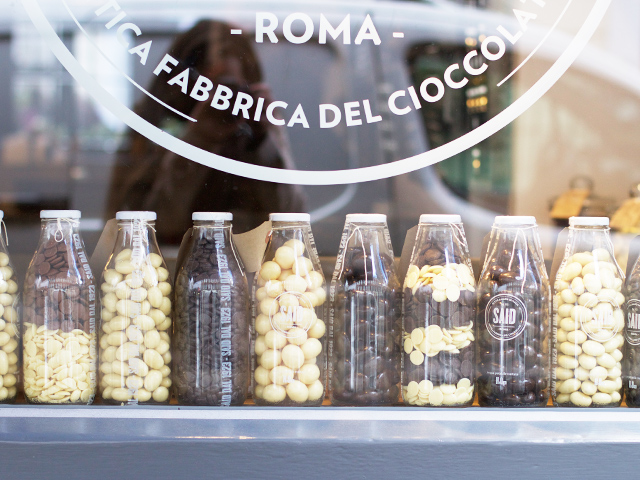 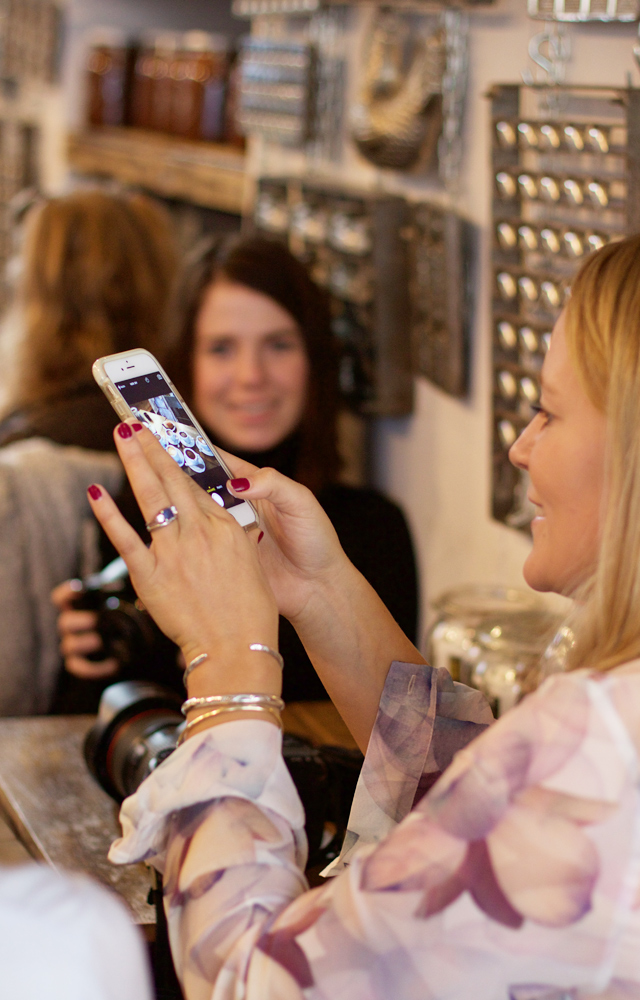 Before Saturday even rolled around, we made ourselves a little agenda of cafes and bars to hit that day- first SAID, then a wine bar, then finally to Monocle cafe. Sophie was on a little photo-shooting project for ‘What To Cook Tonight‘, and the rest of us were busy wielding cameras and snapping away for our respective blogs and Instagram feeds. In fact, though Jason is a seasoned ‘blog boyfriend’ and pretty handy with a camera these days, even he didn’t really know what had hit him when the waitress brought over our hot chocolates, and out came four sets of DSLRs and iPhones and we all began shuffling about arranging cups ‘just so’ for the perfect shot! He said it was like being with me times four- which is pretty accurate, I’d say!

SAID dal 1923 (Broadwick St, W1F 9QL) is the chocolate cafe of your dreams. It’s famed as being the best place in London to get a hot chocolate, a claim passionately confirmed by all five of us on Saturday! I mean, I’ve not even tried *that* many hot chocolates in London, but I don’t think it even matters. There’s nothing in the world that could live up to those tiny cups of warm, rich, molten chocolate! Everything from the cafe we sampled was so delicious- from the hot chocolate itself to a caprese salad, the coffee, and a slice of carrot cake the size of your average house brick- I’m now desperate to go back and pick up a few of the caramel truffles, plus a jar of their very own homemade chocolate-hazelnut spread! 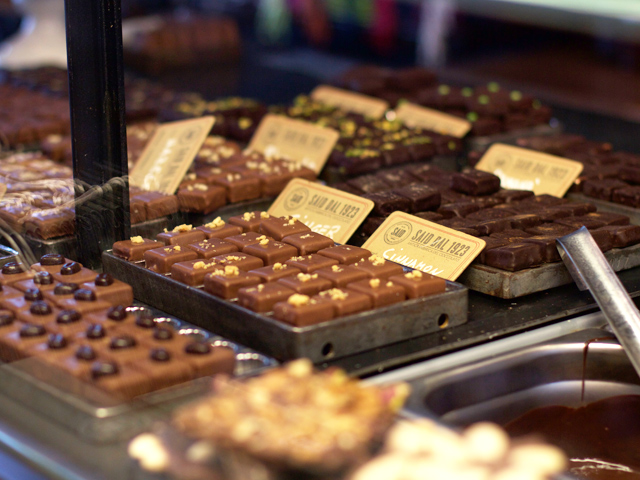 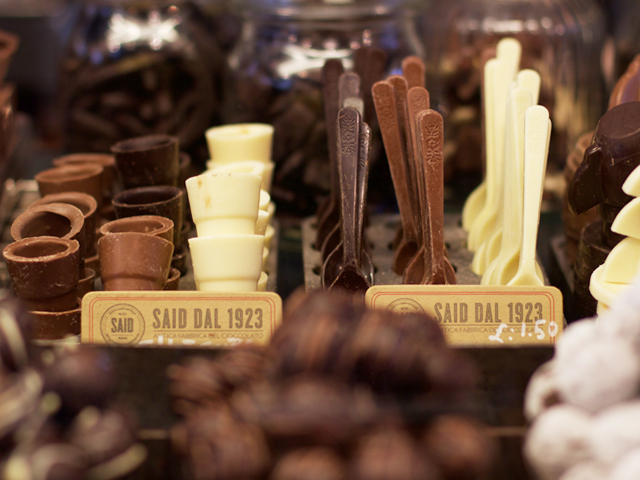 ^^ Wouldn’t those dark chocolate spoons be the best thing ever to stir into a mug of hot milk, or maybe even a latte? ^^ 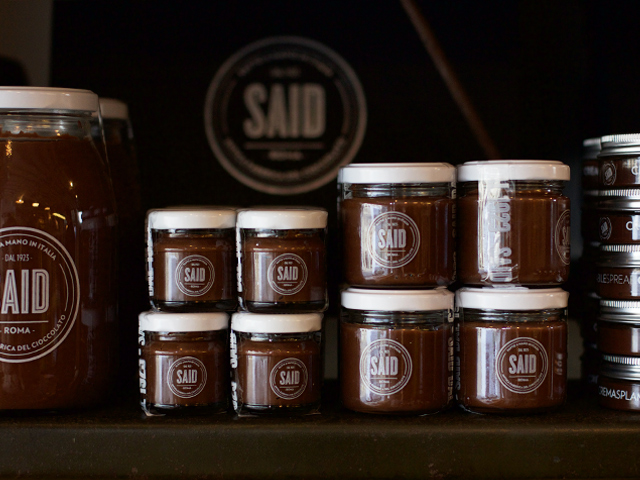 ^^ SAID’s own Nutella was the absolute bomb. And you know how loyal I am to Nutella, so that really is saying something…^^ 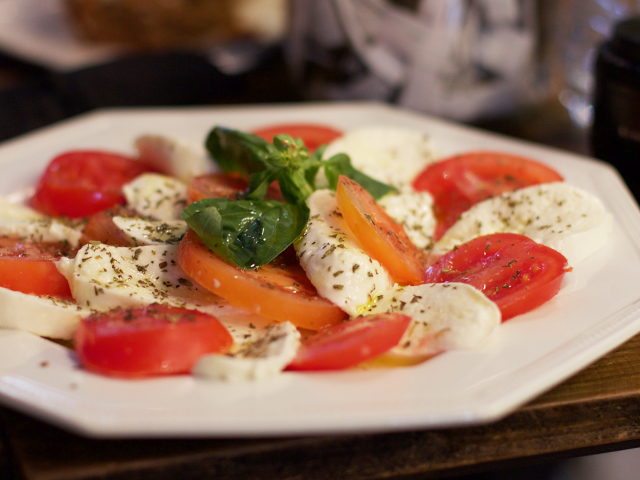 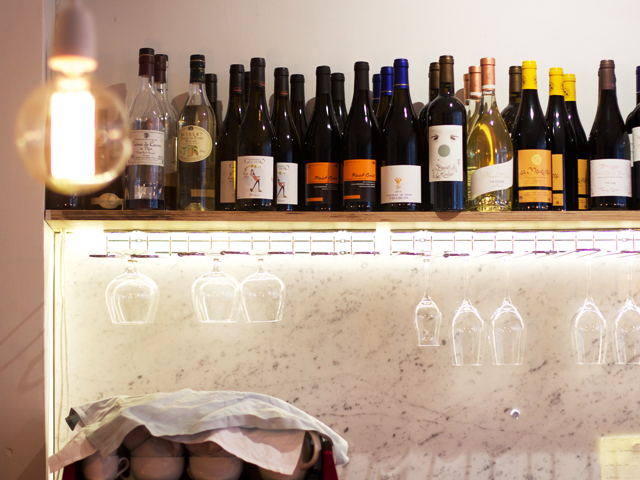 Our next spot was a wine bar called Antidote, on a little side alley just off Carnaby Street. It’s tiny and charming, and the wine is fantastic. I ordered a white that the waitress recommended, after I mentioned that a sauvignon blanc is usually my favourite (all the wines at Antidote were French, so no sauvignon blanc to hand!) and Jason went for a red whose name I’ve forgotten entirely but was completely amazing. Our wine was accompanied by cheese (a gruyere, goats, and a soft cow’s cheese from Normandie), little disks of saucisson, and fresh bread served with lashings of salted butter.

What commenced next was a conversation between us all that wouldn’t have been out of place in an episode of Sex and the City, so I’ll spare you the details…just know that Jason held his own like a total pro, and we all left with stomachs that ached from laughing so hard! ;) 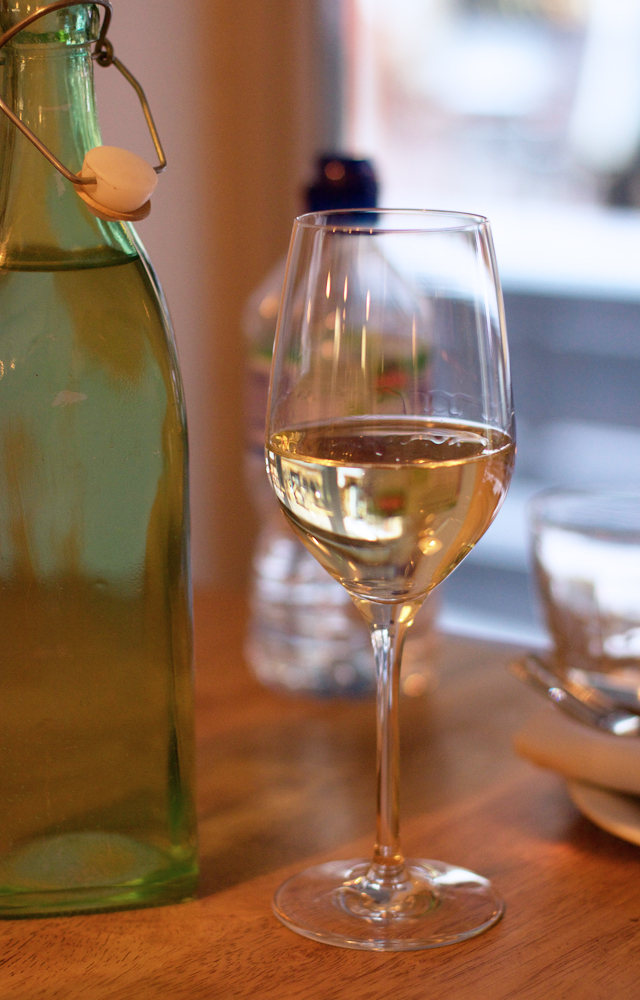 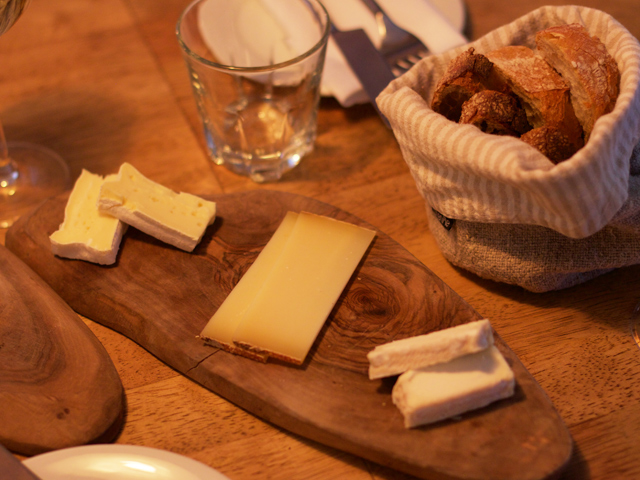 Last of all, we moseyed over to Monacle cafe on Chiltern Street, after a quick pitstop in at John Lewis to pick me up a replacement lens. Mine took a tumble at the train station that morning and smashed to smithereens, and since I’ve not gone a day without using it for easily 18 months now, I had to replace it stat! (The majority of these photos were taken using Freya’s spare 50mm 1.4 lens, which, considering on paper it’s not that dissimilar to my 50mm 1.8, felt SO very different using it was kind of like trying to eat whilst holding my knife and fork in the wrong hands! Cameras and lenses are so very fascinating, aren’t they?)

The coffee at Monacle was delicious but eye-wateringly dear (not on paper, but the cups were miniature!), and the place had a serene and mellow vibe. We spent an hour or so there talking about the year Tania spent in Australia, about relationships, and love, and so many other things besides. It felt so incredible to spend the day with soul-sisters, and to see Jason chatting away with them all as though they’d known each other for years. It made me feel grateful 1000 times over to have such beautiful people in my life. 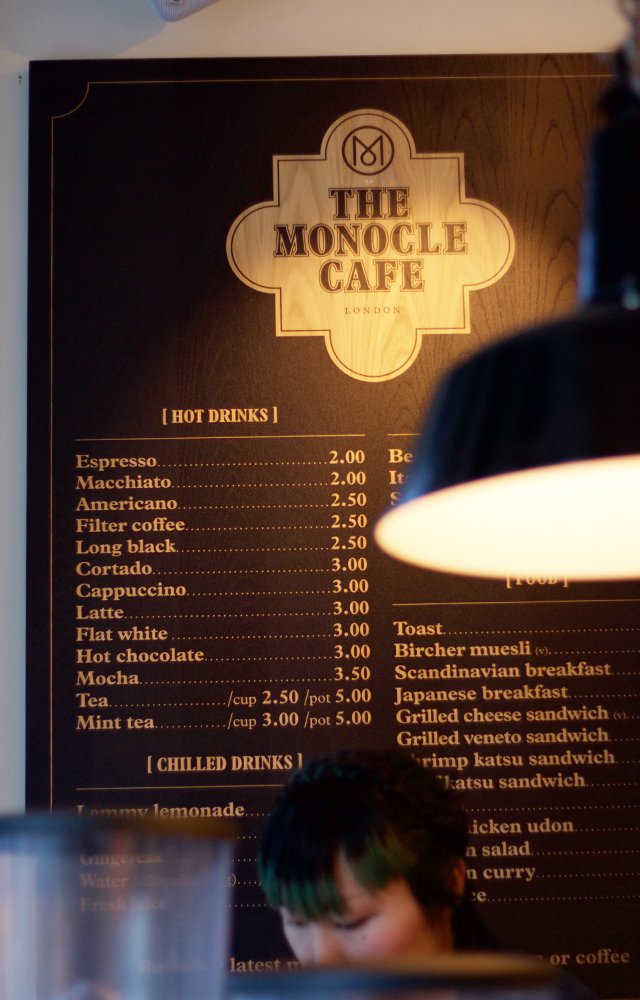 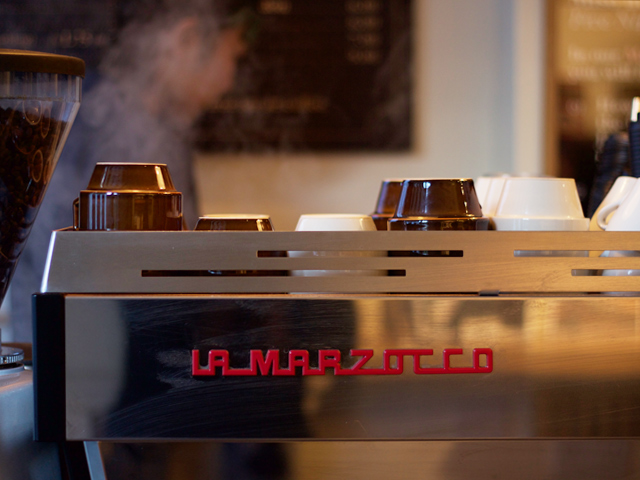 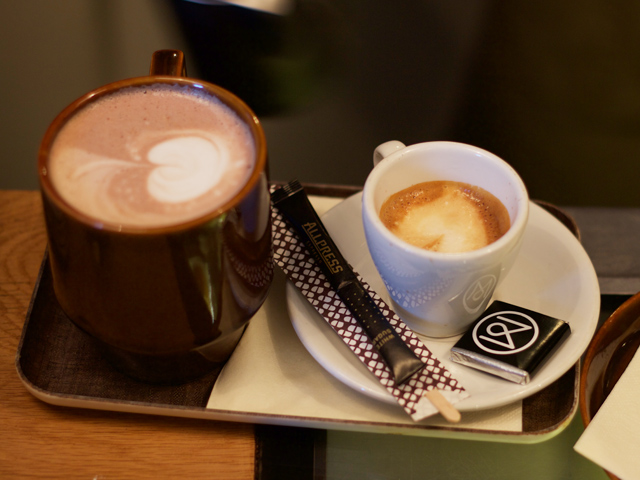 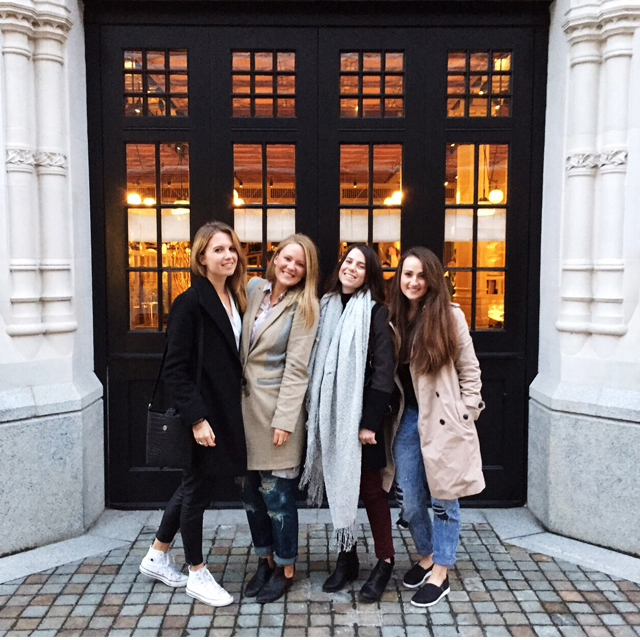 * Thanks to Tan for this last photo!

Once night fell, we begrudgingly parted ways- Freya went off to a hen do, Sophie and Tania to dinner with some of Soph’s UK friends, and Jason and I to Meat Liquor for burgers and deep fried pickles. We weren’t super impressed with Meat Liquor (we’re just not cool enough to eat in such a nightclub-y sort of place!) but the pickles and cheese fries more than lived up to expectation.

All in all, the day was a glorious one! If I could book in maybe one Saturday a month like this one, it’d be pretty ideal. We just need Soph and her husband George to move back to London, and we’ll be on the right track…