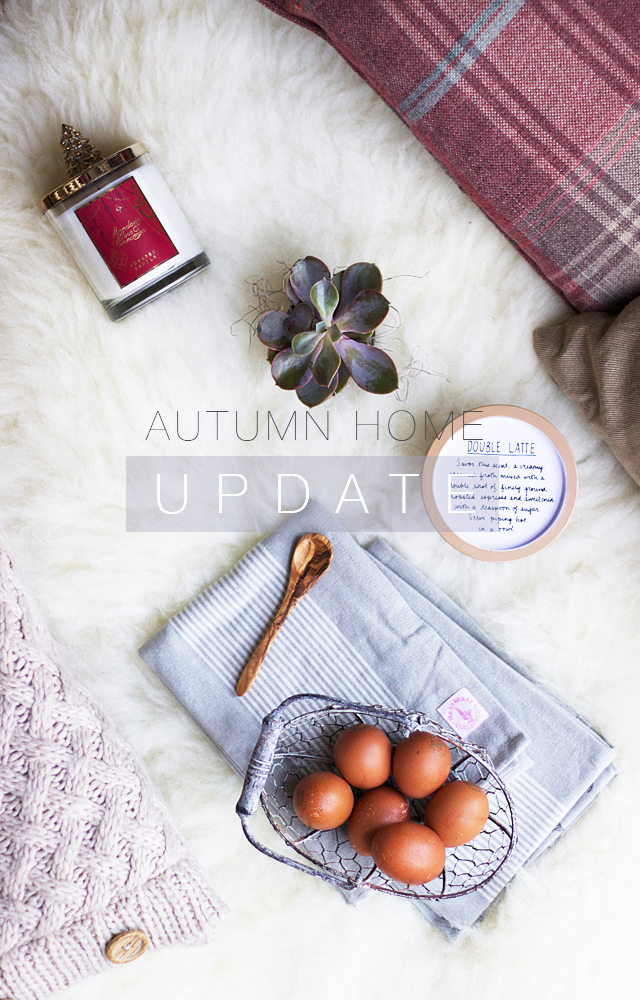 I’ve been nesting in a rather all-consuming way recently, and it’s all the fault of the season. With the nights drawing in earlier and earlier and the weather cooling down rapidly (for the most part…though what on earth were the last couple of days of October about?!), it’s time to start feathering our nests with woollen blankets and sheepskins and spice-scented candles set on every available surface. Or at least, I think it is anyway.

Whilst we’re on the subject of sheepskins, let’s talk for a minute about the one in these photos. I’ve never had one in the house before, and now I’ve bought one, I want at least ten more. Two for the floor each side of our bed, one on the leather armchair, two as a rug in the guest bedroom, another for my desk chair- hell, even the dog can have one! Teddy’s quite partial to this puppy, if I’m honest. I put it down on the floor in the evenings quite frequently along with a load of cushions when I’m feeling too sprawl-y for the sofa, and the dog tries to commandeer it as his own the second my back is turned. Ted’s probably just trying to show both the sheepskin and me who’s boss though, to be honest, after I may or may not have wrapped it round him the other day to see if he’d look like one of those cute white sheep with the black legs and faces. In reality he just looked like a very angry spaniel wearing a rug, which was both predictable and amusing.

Aside from a pretty serious sheepskin obsession, the other main loves of my life right now (aside from the aforementioned grumpy spaniel and my fiancé, of course) are a rather dashing set of 3 wire baskets, and candles. Our house looks like Blackpool Illuminations every day come 5pm, with all the candles I have burning round the place. We’ve got latte scented candles here, apple + cinnamon candles there, and my all-time favourite mandarin, cinnamon + clove candle in pride of place in the living room. It’s been the scent of Christmas for me for years now, ever since my Mum first started buying it every festive season. Those baskets are a very recent find though, and I’m very much in love. I’ve put one of them on the kitchen windowsill, to take the place of the latest batch of herbs I’ve managed to massacre and had to throw out ;)

The overall look I’ve been striving for with the house is sort of ‘cosy country cottage’- with warm colours and plenty of soft textures and natural fabrics and materials. Jason thinks I’ve been heavily influenced by A) two trips to Scotland in the past six months, and B) Pinterest. Eh! He’s probably right ;) But enough talk- and now, photos! 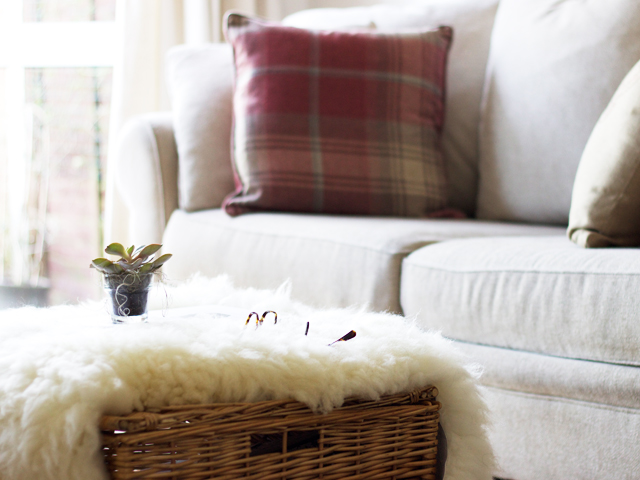 Where from? :: Red tartan cushions || Sheepskin || & the sweet succulent was a favour from the wedding we went to last week! 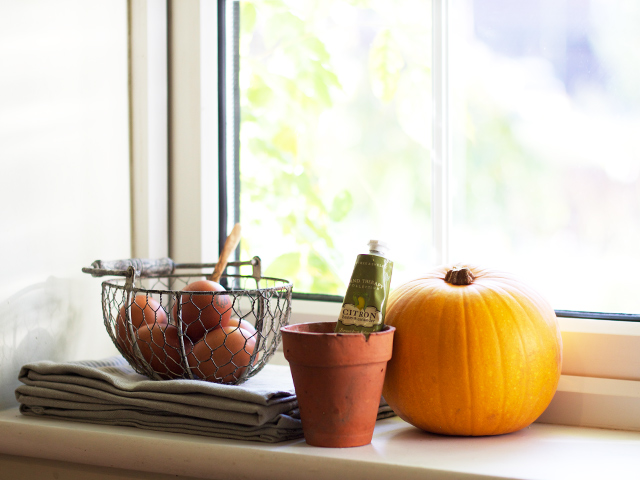 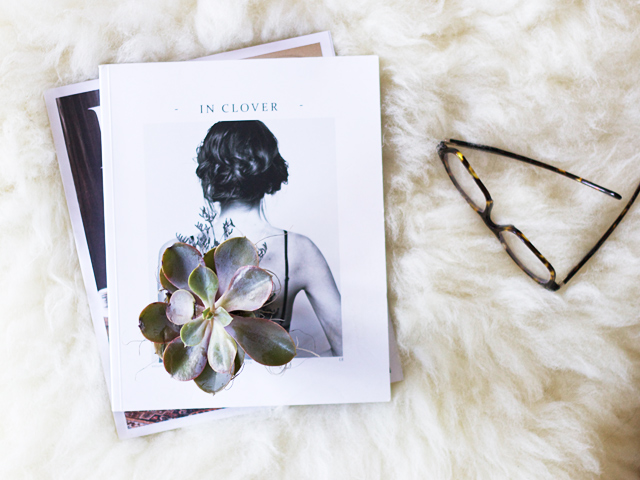 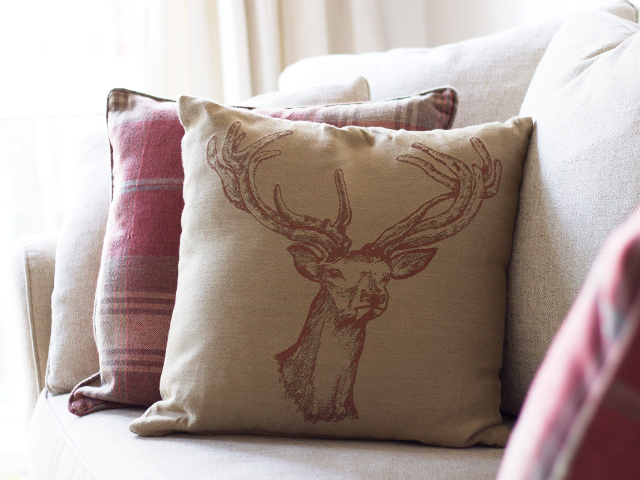 Where from? :: Bronze stag head cushion 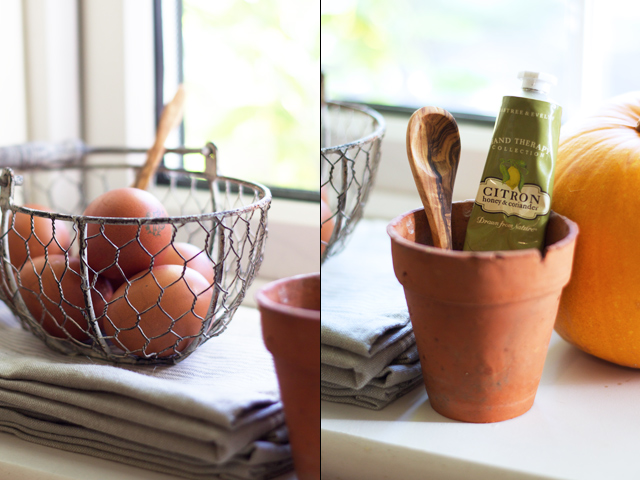 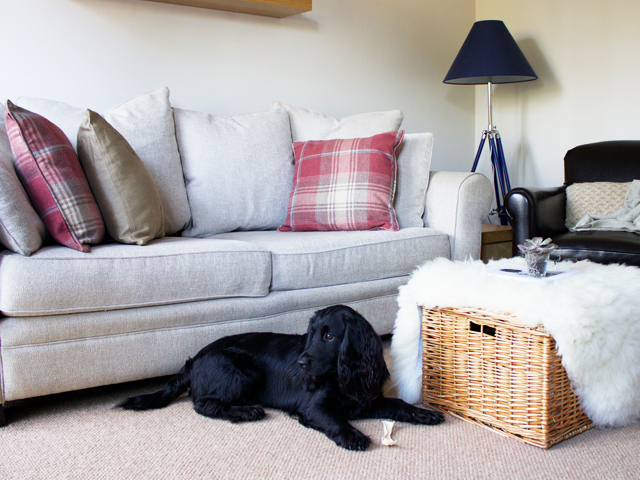 Are you ‘feathering your nest’ right now too? Let’s talk about shopping in the comments. Because it’s Monday, and also because it’s early November which means we’ve probably only got another week or so left before we have to stop buying treats for ourselves and can only buy Christmas presents instead, right?

18 Comments
Posted in AUTUMN, HOME, INSPIRATION
Read from the beginning >