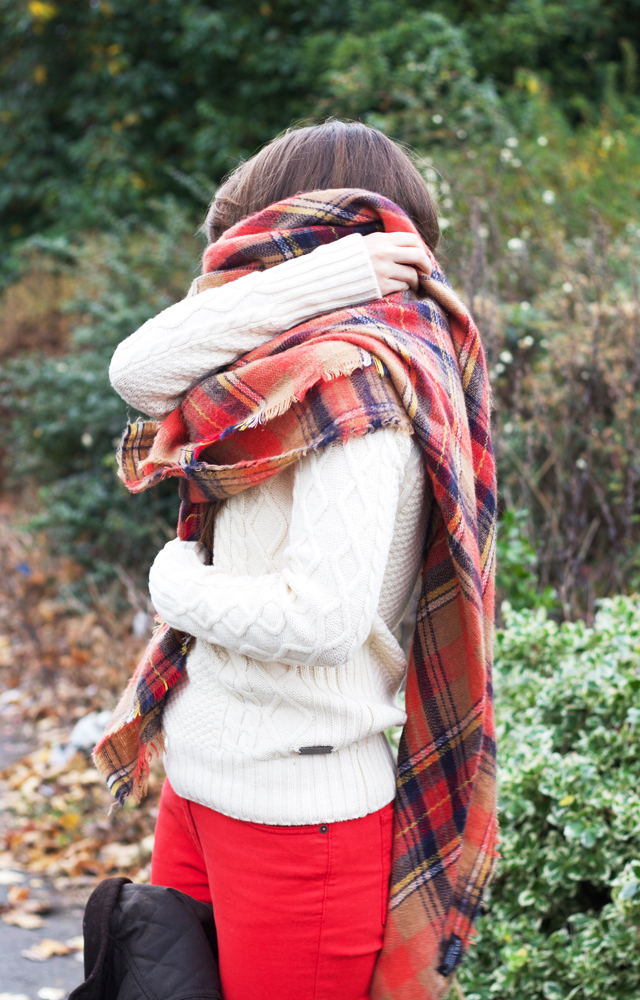 Our final day up North ended with a trip to Barbour HQ in South Shields, to watch those most famous of waxed jackets being made on site. I’d been looking forward to this part of the trip the most- years of having a boyfriend partial to watching shows like ‘How It’s Made’ has rubbed off I guess! So I rose early once again (in my little Newcastle hotel room with its beautiful view over the River Tyne), resorted to laying my full body weight onto of my suitcase just so I could get it zipped up, and we were on our way out to South Shields by 8.30am! 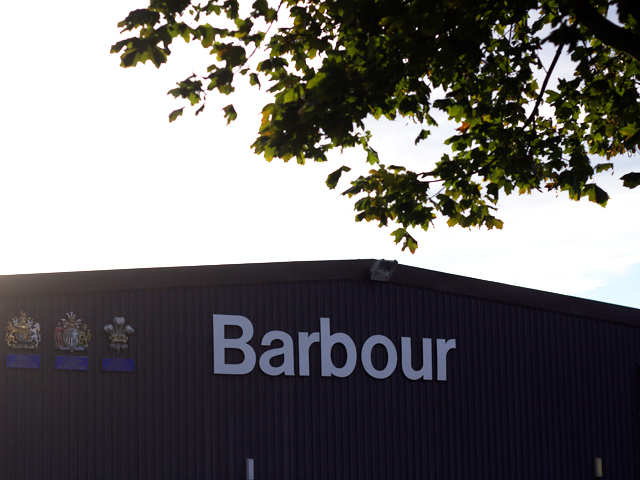 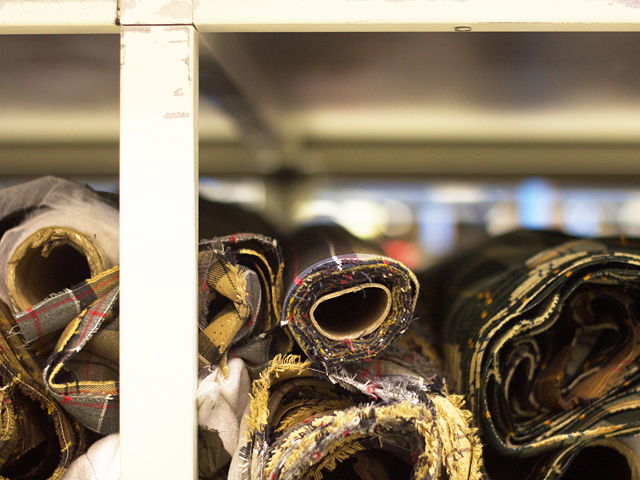 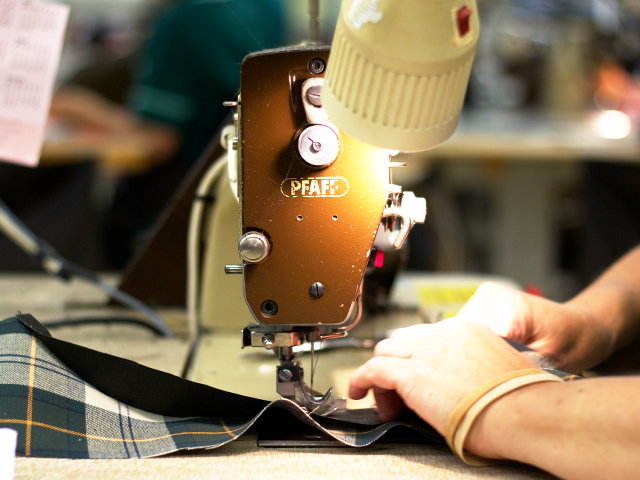 Inside the factory, we began the tour by moving right to the start of the production line, where the waxed cotton is measured out and the pattern for several jackets is cut at once. The machinists in the factory are absolutely incredible- the speed at which they work, and their skill and eye for detail, is a sight to be seen. I spoke with Tracy, who sits towards the very end of the production line and whose job is is to sew the final hem on the jacket, and she told me that it takes on average one whole year to train and get up to production line speed. And considering Tracy works to a pace of sewing 54 hems per hour (YEP!), it’s hardly surprising that the training takes such a long time!

The energy inside the factory was amazing. Photos don’t do it justice at all! It’s noisy- hundreds of sewing machines buzzing and clicking and humming all at once, not to mention the odd screech as the rails of partially completed jackets are pulled down the line on to the next station, ready to have pockets attached or zips sewn on or soft corduroy-lined collars put in place. Every single one of Barbour’s classic waxed jackets are made at the South Shields factory- some 600 jackets are made each day alone, an average of 3000 per week! 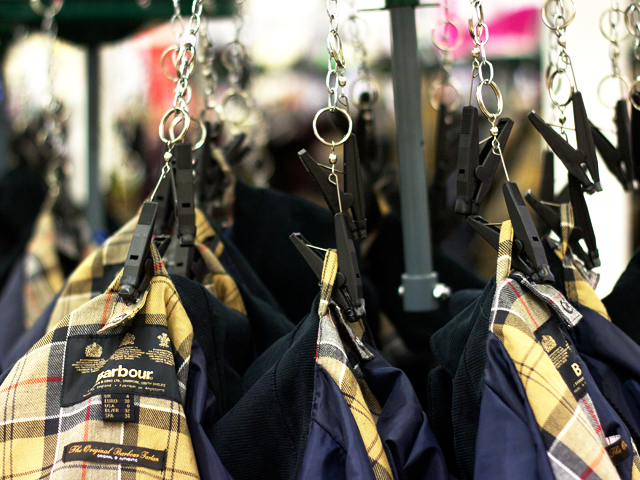 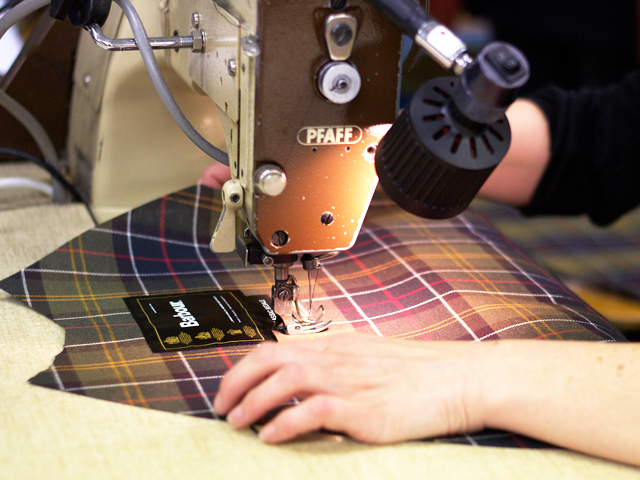 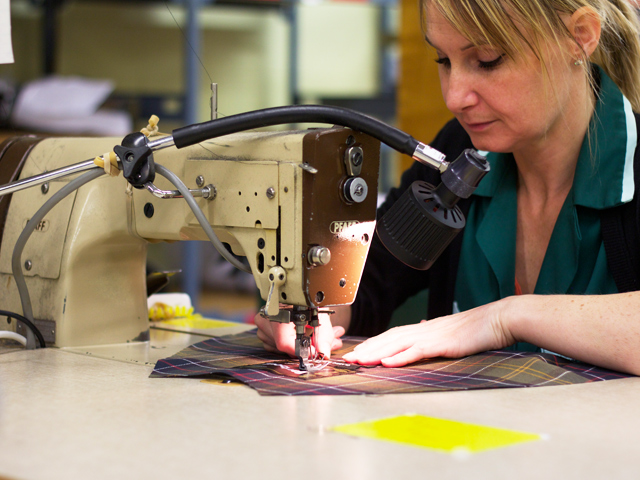 ^^ Kerry’s role within the production line is to sew the ‘Authentic Barbour Tartan’ label onto the lining of each jacket. Because of the intensity of the training, each of the machinists specialise in just one or two jobs on the production line. What fascinated me most was how easy they made their task look- one or two quick zips with the sewing machine, and each piece was complete! ^^ 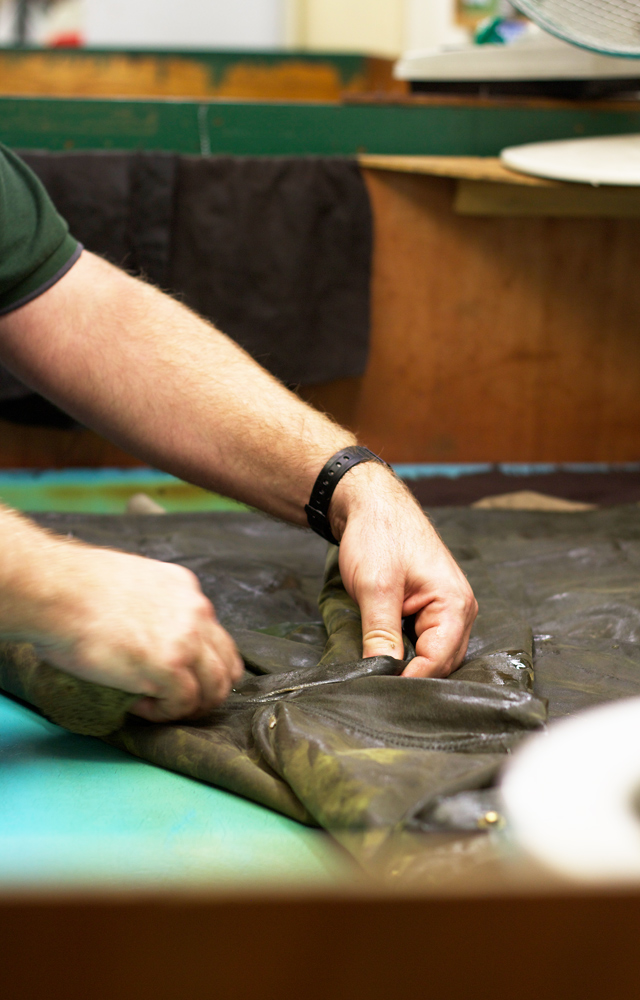 Once we’d got to the very end of the production line (and watched completed jackets being parcelled up ready to be sent out to customers), we moved on to the repairs department of factory.

Compared with the frenetic pace of the central part of the factory, the repair department felt practically laid back! I hadn’t realised before, but Barbour offer a repair and rewaxing service for all their waxed jackets, a service which is on offer to customers for the full life of their beautiful jacket.

The loveliest lady named Jean showed us around her department, and explained about the process of repairing jackets. Barbour frequently receive jackets that’ve been worn for upwards of ten or twenty years in for repair, that might never have been rewaxed and are beginning to suffer from years of heavy use! Each jacket is assigned to a machinist, who spends time assessing the jacket to understand what on it needs fixing, repairing any rips and tears, and replacing any panels or hardware that might need a complete renovation, before sending the jacket on to be rewaxed. The day of our visit, one particularly old jacket had just undergone a 5 and a half hour repair!

Jean told us that even though oftentimes the cost of having an old Barbour jacket repaired might be equal to the price of buying a new one, customers form such strong bonds with their coats that they’d rather pay to have their old ones fixed up! The jackets become part of family heritage too- some have been sent in to be rewaxed and repaired by sons and daughters wearing their parents old coats! 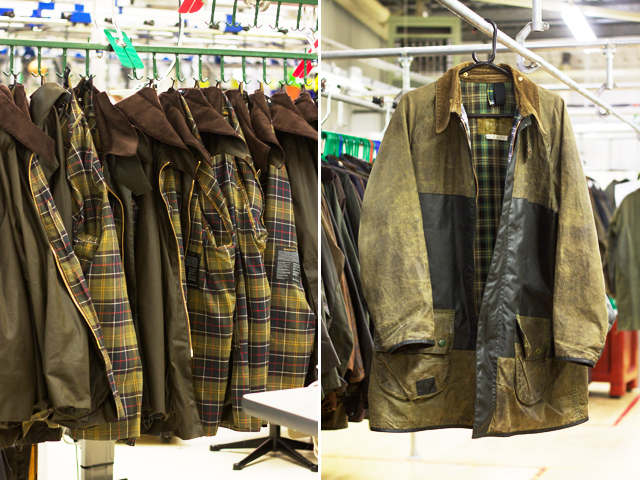 ^^ New, freshly made Beadnell jackets, vs. an old, well-loved example in for repair! The colour differences on the jacket on the right are due to the coat having just been patched up with freshly waxed cotton. The faded panels had never been rewaxed, and would have originally been the same colour as the dark green panels on the centre of the jacket. This one was about to go off and be waxed, ready to come out looking good as new and a uniform dark green colour! ^^ 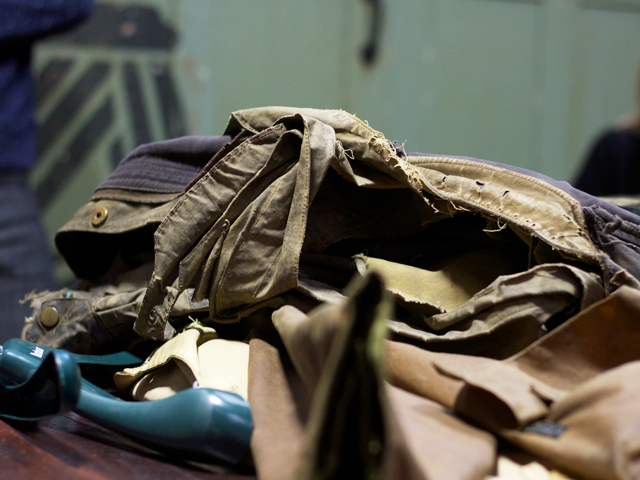 After our tour of the factory, we headed up to the Brand Room to be given a guided ‘tour’ of the Barbour archive. It was nothing short of *fascinating*- I truly could’ve listened to archivist Gary talk all day! He showed us the oldest Barbour jacket in the archive, named ‘Uncle Harry’ after its owner, which was made in 1910 and donated to the Barbour archive by Uncle Harry’s family after he passed away. It was incredible seeing how the years have shaped Barbour’s jackets, from the full length waxed capes they made early in the 1900s (designed to provide protection from the elements for drivers of horse-drawn carts), to the traditional shooting jackets that helped make Barbour the luxury brand we recognise today later on in the 20th Century.

And after all that, (and following lunch, a little talk from Dame Margaret Barbour herself in her very own office, and a visit the Barbour shop), it was time to head back home. The whole trip was such a wonderful one- I always leave experiences like this feeling so inspired, and getting to see the decades of love, dedication, and drive that’ve gone into making Barbour such an internationally successful brand was nothing short of awe-inspiring. Listening to Dame Margaret talk with such pride about her company too was incredibly moving- she took over running it after her husband, John Barbour, passed away when he was just 30, and is a passionate supporter of women in business.

A true role model in every since of the word. 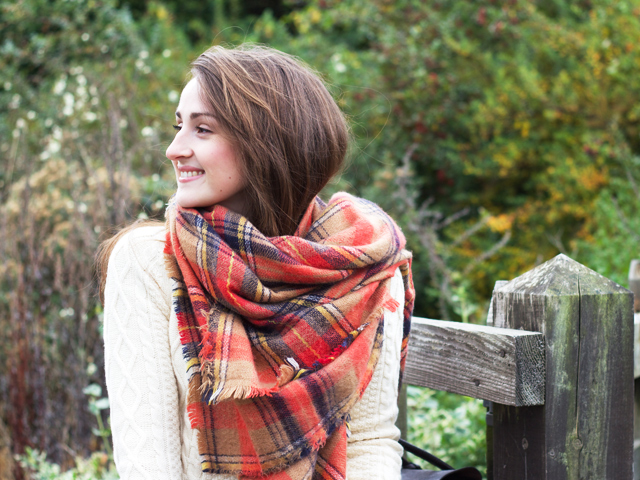 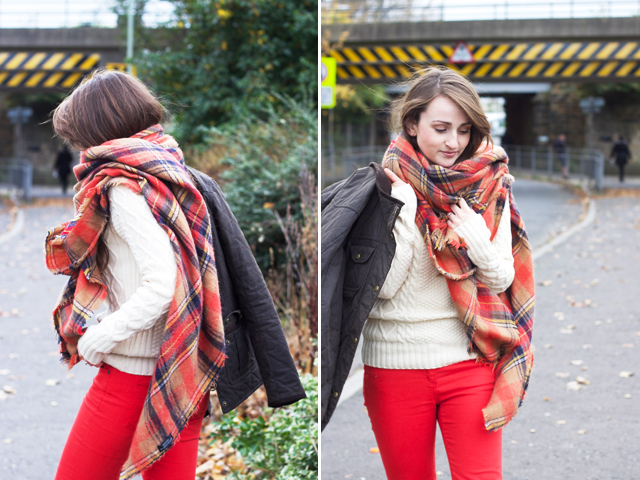 p.s. My friends, if you’re ever in the vicinity of Newcastle, you must stop by the Barbour factory outlet store in South Shields! Some killer deals to be found there, I’m telling you!

p.p.s. Thanks to lovely Sarah from Barbour and Jen from J for Jen for snapping a couple of photos of me during the trip! Credits to the photographers, and all! :)