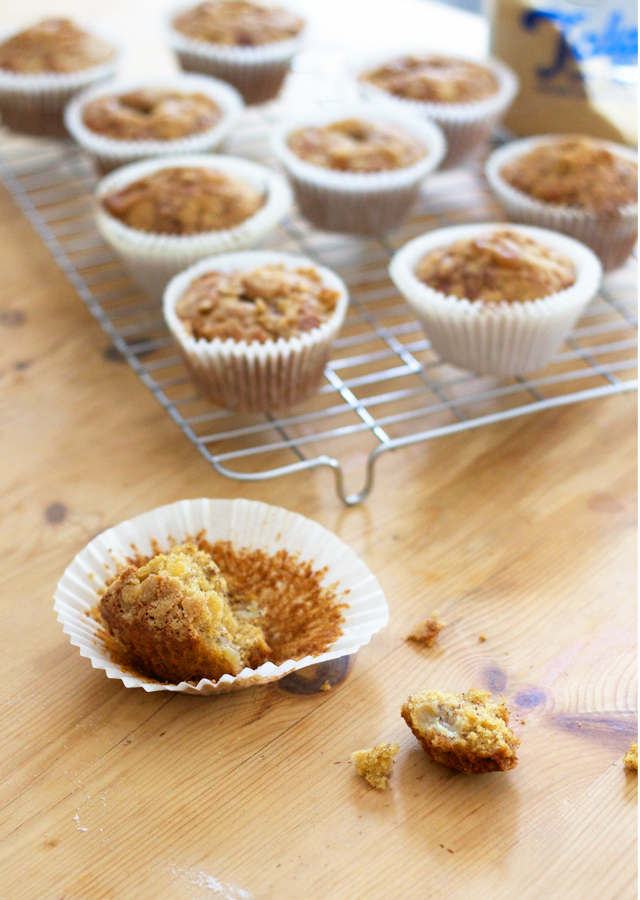 We love a bit of banana bread, in this house. I tend to make it on a Sunday, so that it’s ready to be sliced up through the week for daily snacking. Jason takes a slice or two to work with him for lunch-pudding (lunch-pudding is a thing you know, just like dinner-pudding and breakfast-pudding) and, along with a cup of English Breakfast, it’s my go-to way of curing a mid-afternoon sugar craving.

I love the humble-ness of banana bread. So much less assuming than cupcakes topped with two inches of frosting or those triple-layered creations that take four hours and five packs of butter to make- and kind of more delicious too. Recently I’ve been experimenting with my old faithful banana bread recipe, switching up ingredients and adding in extras and turning it into little muffins instead of a loaf cake. We had a few bananas hanging around in the kitchen last week that’d just tipped over into the realms of the unacceptably-speckled, and so I decided it was probably time to make up a batch of banana muffins. And then, streusel inspiration came. You can’t really go wrong when working with the ingredients of sugar, butter, flour, and cinnamon, and in this case, they combine to make a layer of sweet, spicy crumble that ramps up these humble muffins and makes them taste extra-special.

And let me just say too- these babies keep like a dream. They’ll last a good three or four days before starting to go dry, and if there are any still kicking around after then? Well, you know what to do. Go get that Nutella jar, and it’ll solve all your problems… 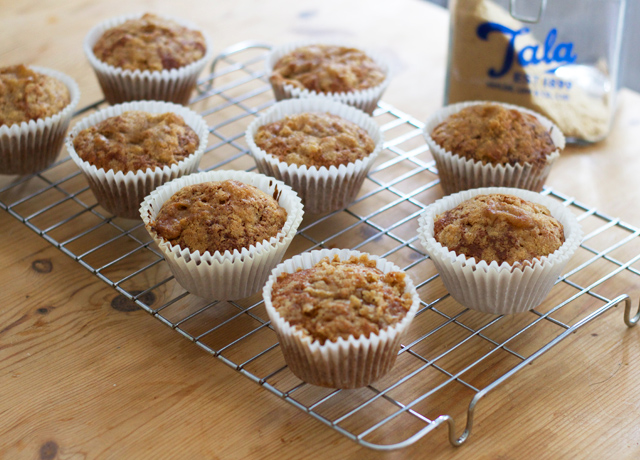 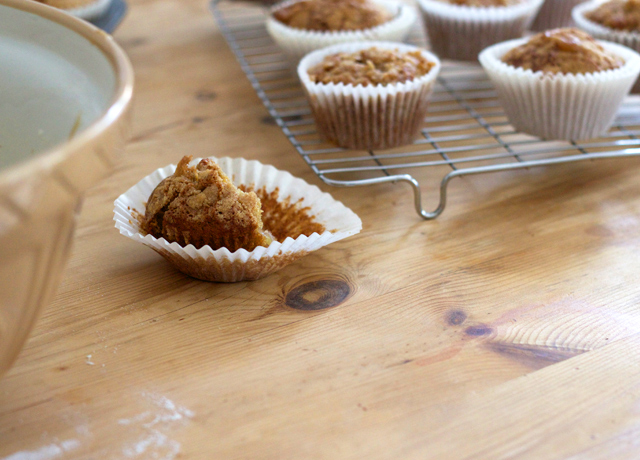 - To make the streusel, put all of the ingredients into a bowl, and rub together. I started off using my fingers to rub the butter into the dry ingredients, then switched over to a pastry cutter. When the mixture looks like wet sand, put it into the fridge to chill whilst we get on with making the muffins.

- For the muffins, preheat the oven to 180 degrees, then melt the butter in a small saucepan and set it aside to cool a little. Put the sugar into a large bowl, crack in two eggs, and mix it all together until it’s smooth.

- Peel and mash the three bananas, and then stir them into the sugar and egg mixture. Add in the flour, a teaspoon of bicarbonate of soda, baking powder, ground ginger, and cinnamon, and then stir it all together until it’s just combined.

- Slowly pour in the melted butter, mixing continuously as you go. Over mixing will make the muffins tough, so stop stirring just as soon as the butter’s all been incorporated. Line a muffin tray with paper liners, then fill each case about half full of batter.

- Sprinkle a small amount of streusel onto each muffin, and then put them into your preheated oven to cook for between 16-20 minutes, depending on your oven. I check them at 16, and usually find they need a minute or two longer.

- When cooked, the muffins will be a golden brown colour, and a cocktail stick poked into the centre of one should come out clean. 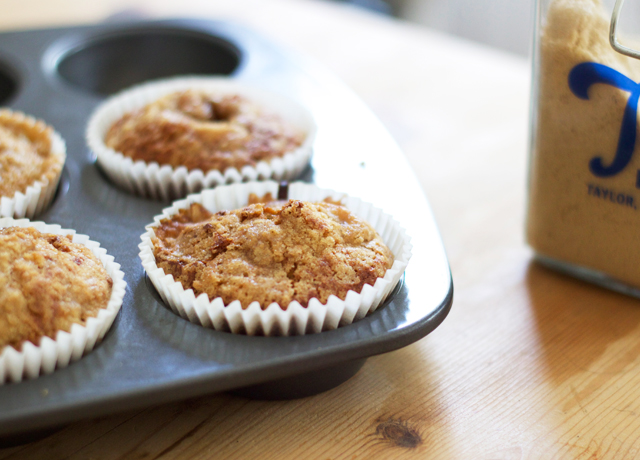 18 Comments
Posted in BAKING, CAKE, FROM MY HOME TO YOURS, RECIPE, YOUTUBE
Read from the beginning >