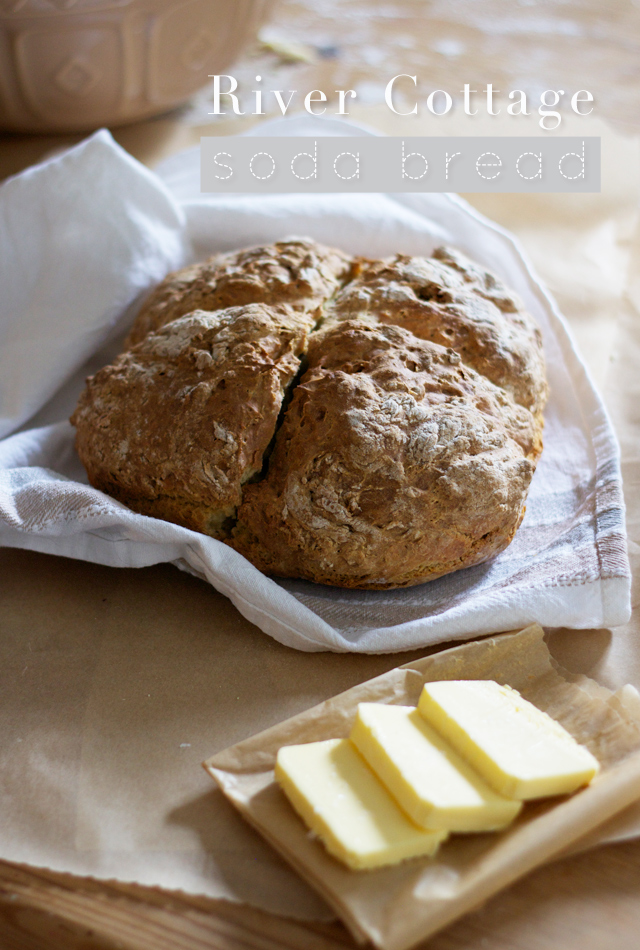 Let’s start this week out with a simple loaf of bread. Proper bread- the good stuff- homemade, with a dark crackly crust and soft, tender crumb.

Soda bread is something of a revelation to me. I’d never tried it before making it down at River Cottage a couple of weeks back, and it has to be the easiest bread going. No kneading necessary to create flavour and structure (bicarbonate of soda plus some live yoghurt or buttermilk take care of all that for us), and it’s as delicious as it is quick to put together. I made this loaf a couple of days ago, and it’s still going strong as toasting-bread now! Soda bread has this amazing ability to taste intensely savoury and salty when served plain (and eaten with butter and other savoury toppings) and yet as soon as it’s smothered in jam or something equally sweet, its rich, dairy flavour comes out and it tastes almost cake-y! It’s kind of like a two-for-the-price-of-one recipe, and there’s nothing I love more than that!

The lovely folk at River Cottage have said that I can share their soda bread recipe here on Cider with Rosie, and I’m so very glad because it really is too good a recipe not to share! I must tell you, whilst we’re on the subject of bread, that all of the bread-making techniques I learnt down at River Cottage have been life-changing! We try to be quite moderate about how much bread we eat at home, and so I like to try and make from scratch any bread we do eat because we really want to make it count. This pizza here was made according to the techniques we were taught at River Cottage, and Jason categorically stated that it was the best pizza I’d ever made! And I’m certain I’ve tested pretty much every ‘best ever pizza dough’ recipe going and had Jason act as guinea pig for all of them, so that man knows his stuff! 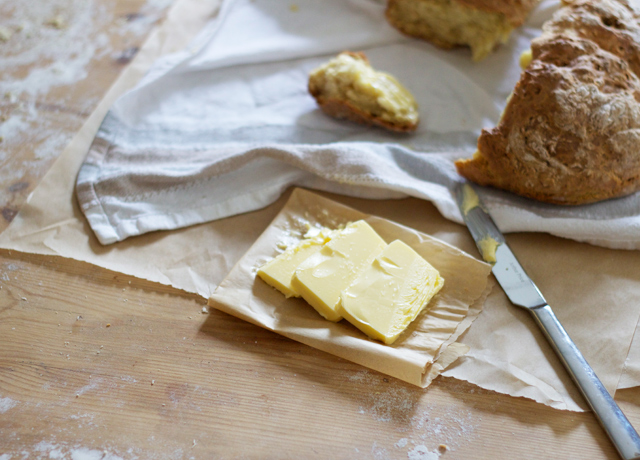 Now, let me tell you the recipe for this beautiful soda bread! I’ve made a little video to go along with the recipe, so do give it a watch to see a step-by-step for how to make this most simple and heart-warming of loaves.

- Preheat the oven on to 200 degrees celsius, and place a tray into the oven to heat up.

- Measure out 500 grams of plain white flour into a large bowl, then add in the 2 teaspoons of bicarbonate of soda. Use a whisk to mix it all together, and get rid of any lumps in the flour.

- Stir in the teaspoon of salt, and mix that in with the flour. This recipe makes quite a salty bread, so you can dial back the salt by a quarter of a teaspoon or so if you’d like. Use the back of a spoon to make a well in the centre of the flour.

- Measure out the 400 millilitres of buttermilk or live, whole fat yoghurt, and slowly pour it into the flour mixing as you go. If the mixture still feels particularly dry when it’s all been mixed in, add in milk a tablespoon at a time. The dough should be, as Hugh describes it, ‘just this side of sticky’.

- Tip the dough out onto a lightly floured work surface, and then shape it into a round. Transfer it onto a sheet of parchment paper, then firmly press the floured handle of a wooden spoon into the surface of the dough to get that distinctive soda bread cross!

- Slide the dough on its parchment paper onto the preheated tray, and then put it into the oven to cook for about 40 minutes. When cooked, the soda bread should be a dark golden brown colour, and will sound hollow when tapped on the base.

- Let it cool for a couple of minutes, then crack that baby open! It’s best eaten fresh on the day it’s baked, or toasted for a few days after that. 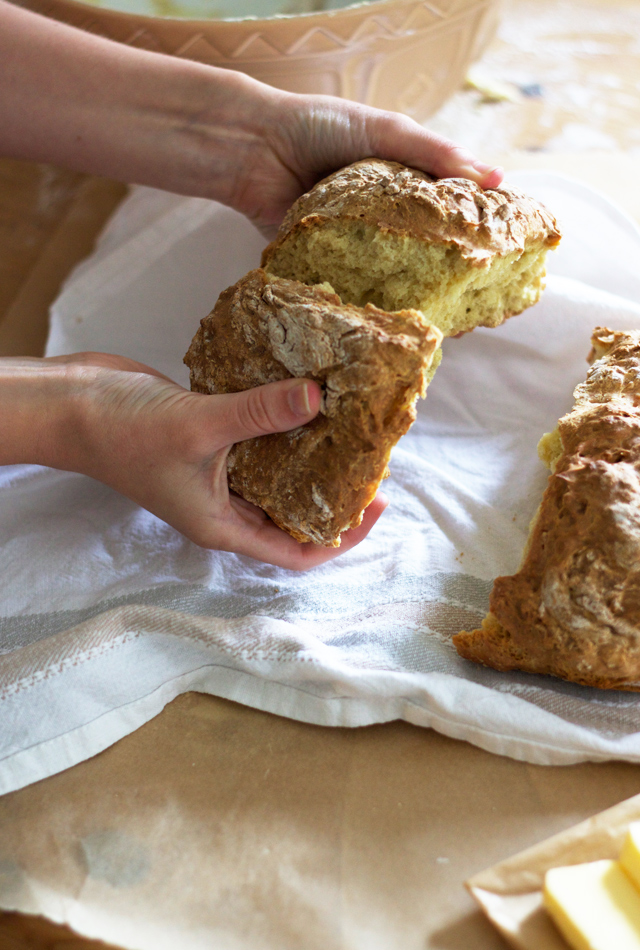 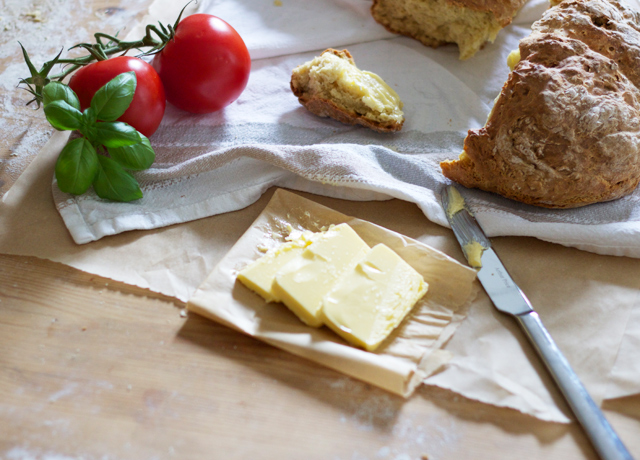 Do tag me in on Twitter and Instagram using the hashtag ‘#ciderwithrosiecooks’ if you have a go at making the loaf yourself, so that I (and River Cottage!) can take a look! I’d so love to see :) Thanks again to my friends at River Cottage for letting me share the recipe here. Oh, and for anyone who might fancy learning more about bread themselves, the course I took (with Boden, earlier on in July) featured elements from the Advanced Bread Making course. I can’t recommend it highly enough!

23 Comments
Posted in FROM MY HOME TO YOURS, RECIPE, YOUTUBE
Read from the beginning >