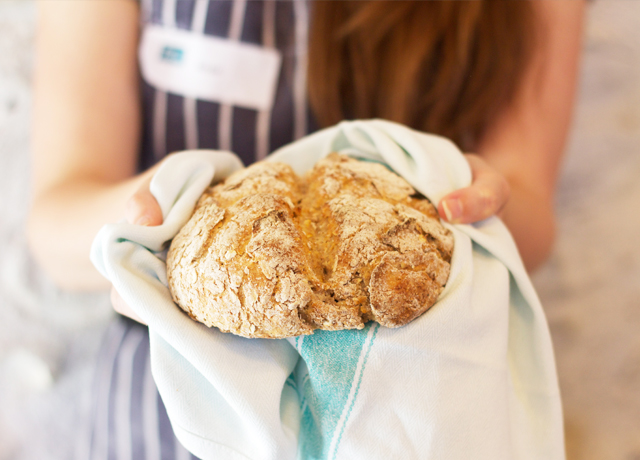 If there’s one thing I’ve learnt in the past couple of years of blogging, it’s that the fashion industry runs on an entirely different time schedule to most of the rest of the world. Whilst we’re out enjoying the sunshine wearing our floaty sundresses and wide brimmed hats, clothing companies are already working hard on collections two or three seasons in advance and have this year’s Christmas collection all ready to drop! It’s incredible! ‘Christmas in July’ is a big thing too, I’m learning. Retail companies preview their Christmas collections in July, so the month winds up becoming a bit of a summer/winter/Christmas melting pot!

Last week, the lovely team at Boden invited me along to their ‘Christmas in July’ press trip down to River Cottage in Dorset, to celebrate the upcoming launch of their beautiful Christmas collection. And if Christmas is a time of excess, generosity, joy, and indulgence- the trip was about as Christmassy as you can get in the very height of summer! Let me tell you more…

We (me, a few lovely folk from Boden, several other bloggers, and some journalists) met in that famous meeting spot beneath the clock in Waterloo late afternoon on Wednesday, and boarded a train to Crewkerne armed with what felt like a hundred suitcases and bags. I’d intended to get some work done on the journey down to Dorset, but wound up spending the entire train ride talking non-stop with the lovely Natasha and Katherine and didn’t get so much as one single photo edited! It was worth it though, of course!

We stayed at the Bull Hotel in Bridport, which serves insanely tasty food, has a fabulous bar, and a fabulously eclectic range of rooms. After a few cocktails in the hotel bar on Wednesday evening, we hit the hay in preparation for Thursday’s busy day at River Cottage. Turns out though, not even the sedative effects of a great strawberry daiquiri will allow you to sleep through a dawn chorus of seagull-screams, and I wound up being awake so early the following morning I actually had time to squeeze in a quick workout before going down for breakfast! 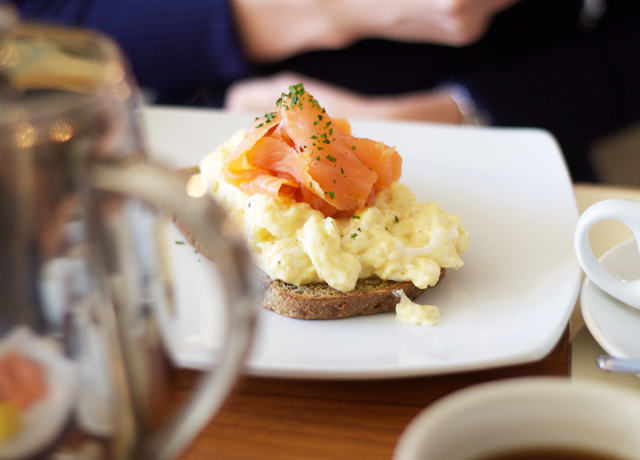 After breakfast (coffees, smoked salmon, granola, yoghurt- the works!), a spot of top-speed blogging & email-answering, and some intense outfit deliberation (I brought basically my entire wardrobe with me…) we jumped into cabs and headed out West in the direction of that most famous of farms.

River Cottage is set back from the road, in its own little valley. The views were pretty spectacular, and we couldn’t have been more lucky with the weather. You know how Jason and I have been having an on-going debate for a good three years or so now, about whether we should move somewhere more urban or entirely rural when we next decide to move house? Well, after spending a couple of days down in Dorset, I text Jason and was all ‘Okay, you win. This is pretty great. To the countryside we go!’ It made him a VERY happy man! 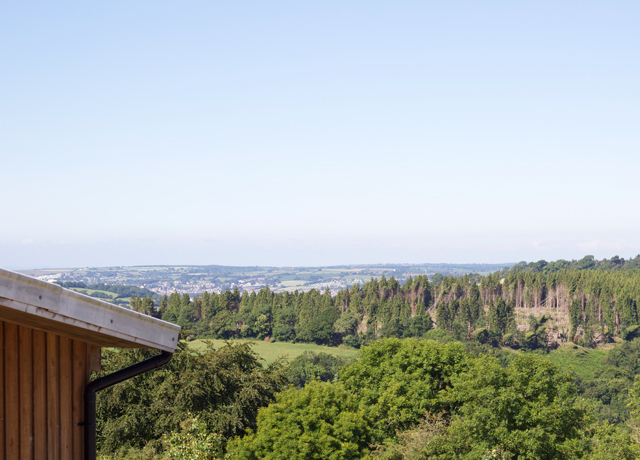 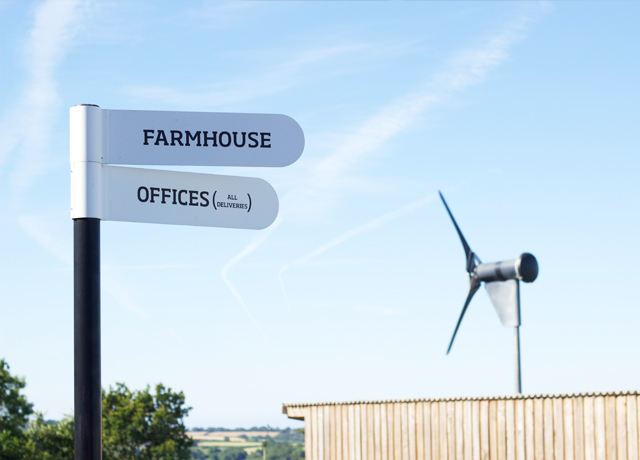 We started out the day at RC with a batch of fresh drop scones, some more coffee (pretty much I drank on the trip was coffee, cocktails, or champagne. Boden know how to show a girl a good time!) and collectively Instagrammed enough photos that we actually maxed out the wifi. But I mean, River Cottage is basically one giant Instagram photo, so what on earth were we *supposed* to do?! The drop scones were tasty, but the granola they were topped with was even better. Super nutty and poppyseed-filled. Yum. 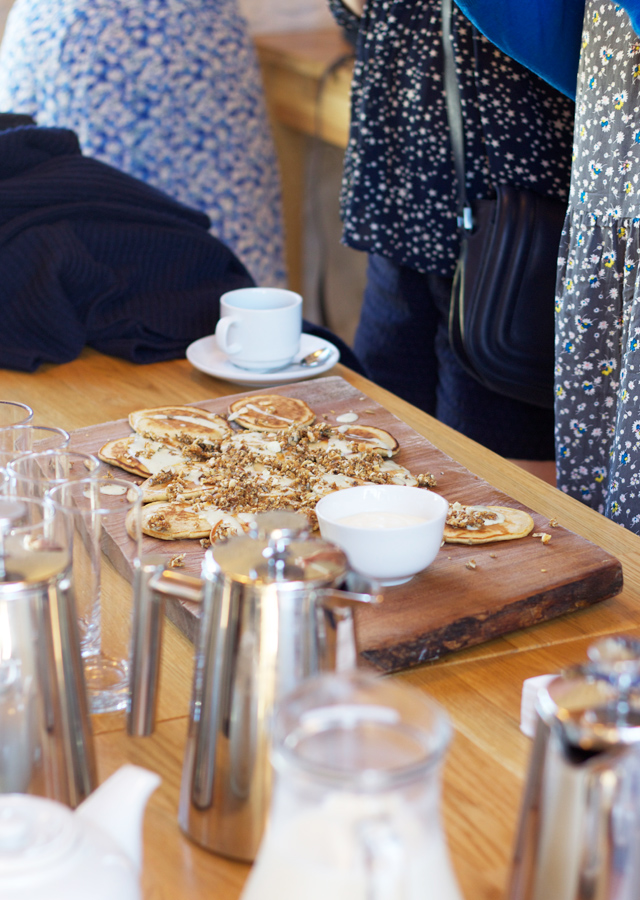 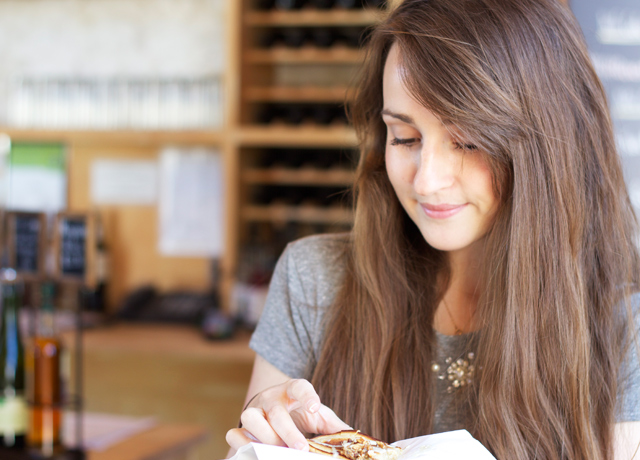 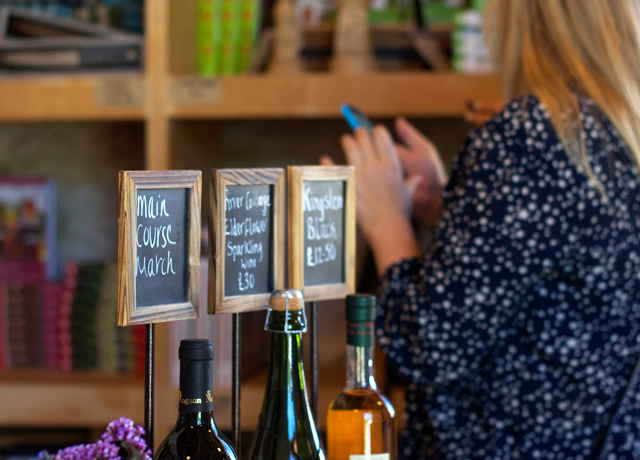 Before getting started in the cookery school, the head gardener took us on a tour round the kitchen gardens and farm. River Cottage is completely organic, and listening to the head gardener Will speak so passionately about the merits of farming sustainably, eating locally, and generally living well was incredibly inspiring. I’d like to say that it’s given me a new-found enthusiasm for gardening and growing my own veg, but I’m still too much of a wuss around bugs to be much use in the garden. I’ll be passing on the inspiration to Jason instead, and let him take charge of our grow-your-own endeavours… 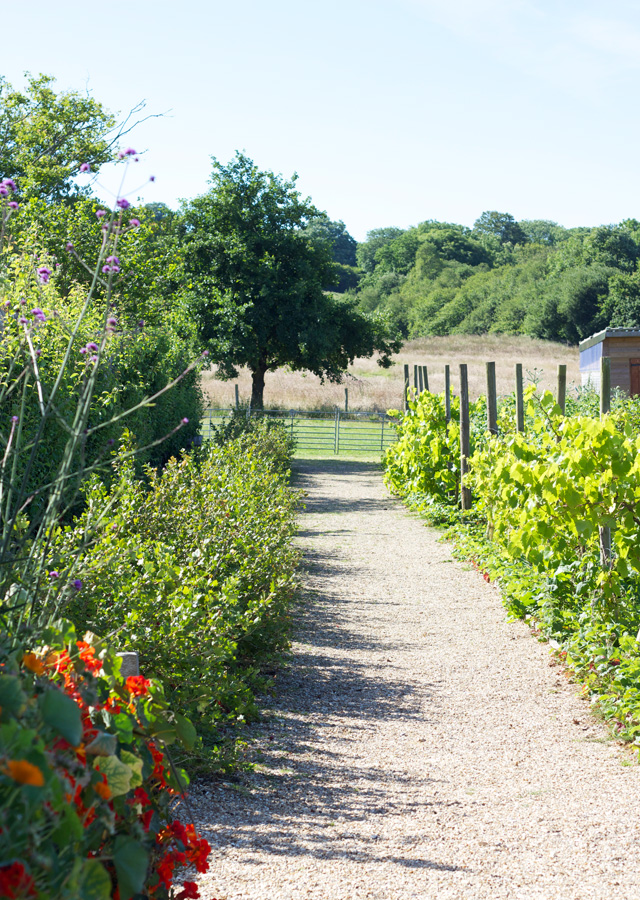 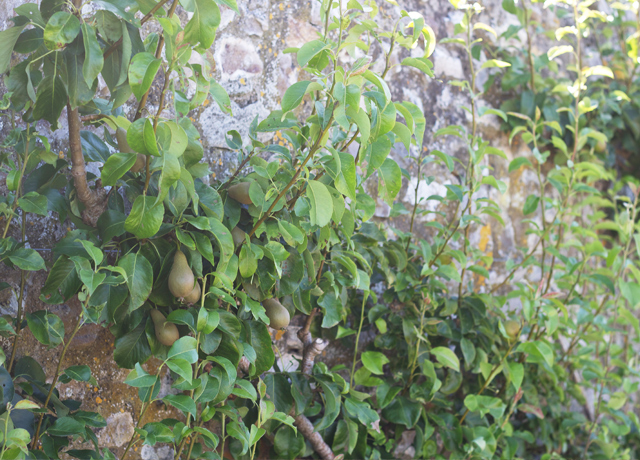 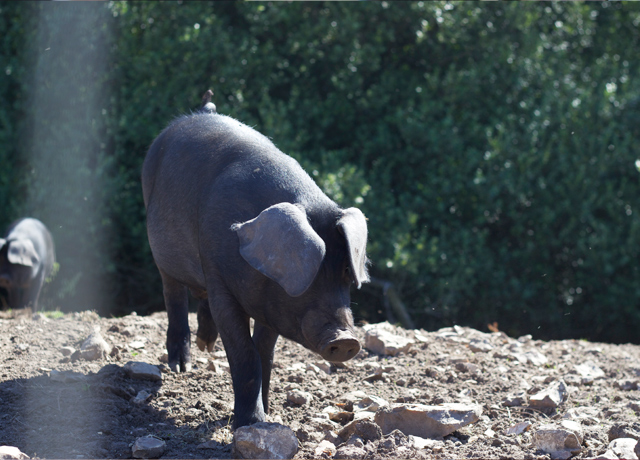 ^^ We met the pigs! They were adorable, with muddy noses and stubbly backs. ^^ 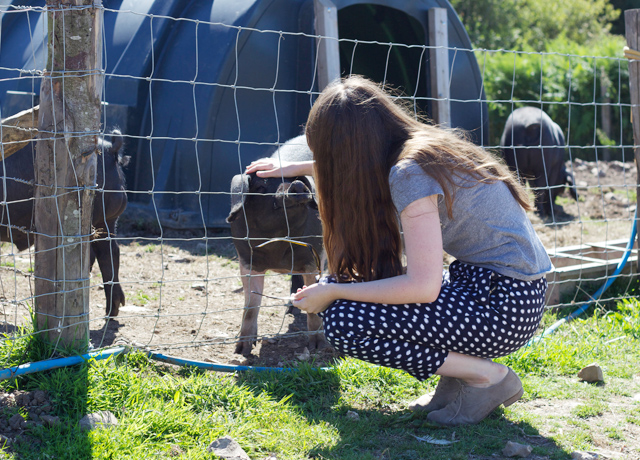 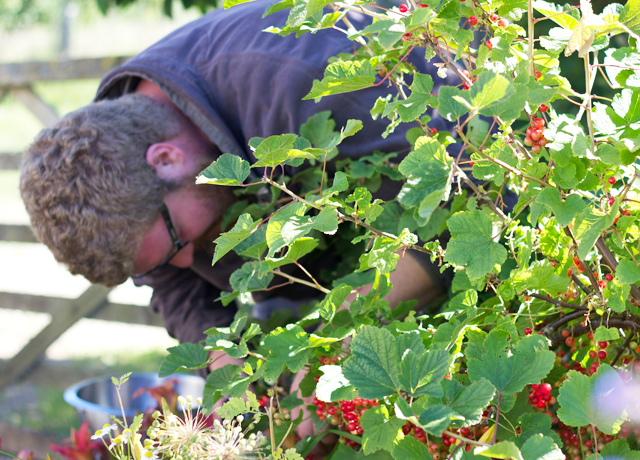 The first half of the day’s cooking lessons were spent focusing on bread. The chef who lead our classes for the day, Andy, gave each of us a little starter from the River Cottage kitchens for us to work into our own loaves, and showed us a few different techniques for kneading the doughs. The dough we made was so much wetter and softer than any I’ve ever made in the past, and it made for a beautiful loaf. I did spend most of my morning trying to remove strands of my own hair from the dough I was kneading though…long hair problems. 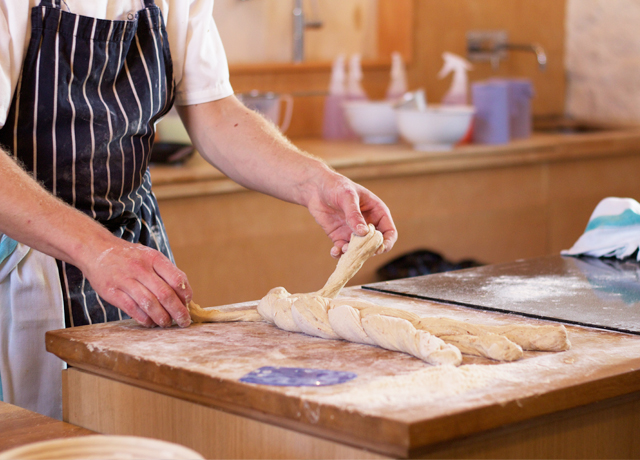 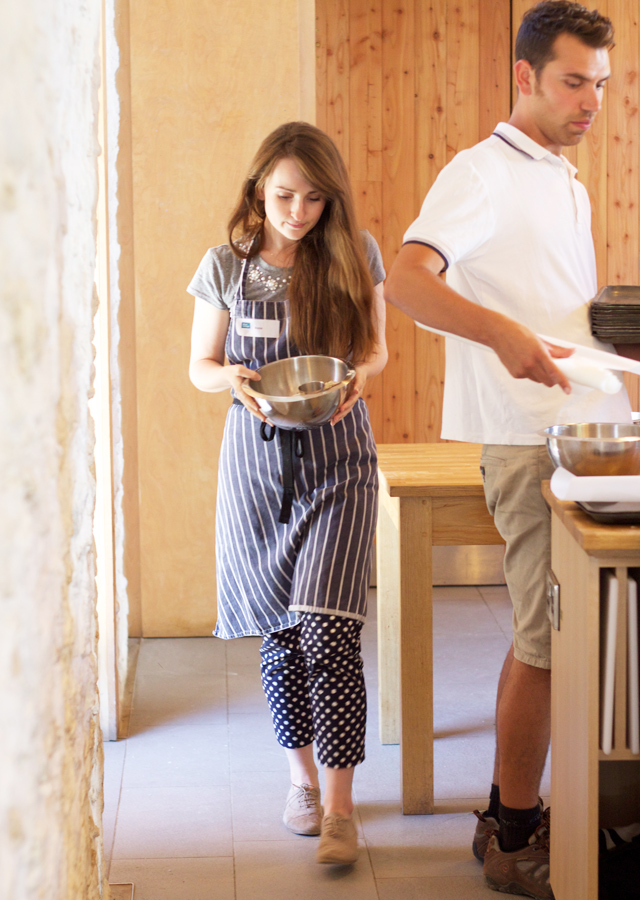 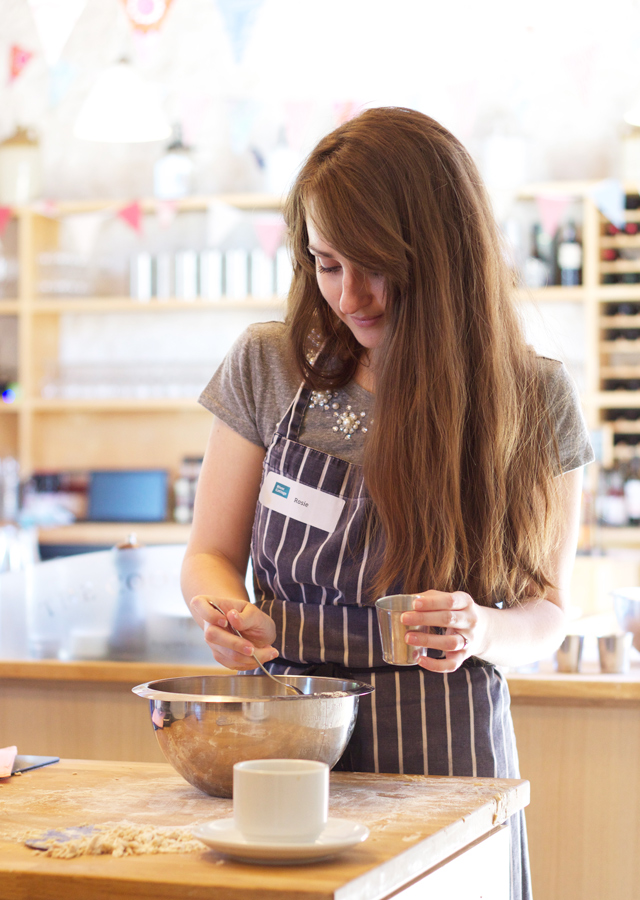 Whilst our first loaf of bread proved, we got on with making loaves of fresh soda bread! This was definitely my favourite thing we made during the day- the loaf was so warm and nutty and rustic, and above all, SO easy to put together! No kneading, no proving- just mix and bake!

The loaves all got taken out of the ovens one by one, and brought outside to be eaten alongside our lunch in the kitchen gardens. Lunch was an incredible rainbow affair- a starter of light vegetable soup (with broad bean broth, and soda bread + butter on the side), and a main of beetroot, fennel, and courgette salads with charcuterie made from River Cottage’s own pork! We ate outside in the sunshine, and it was all pretty idyllic. And surreal too, to be sitting enjoying my lunch with so many inspiring women (bloggers like Sasha who I’ve admired for such a long time, writers and editors from The Telegraph, Cosmopolitan, & Vogue, and the passionate team from Boden itself), in that famous kitchen garden! Oh, and I nearly forgot to mention that whilst we were cooking, Hugh himself popped in to say hi to us all! Yep. It was a pretty cool day! 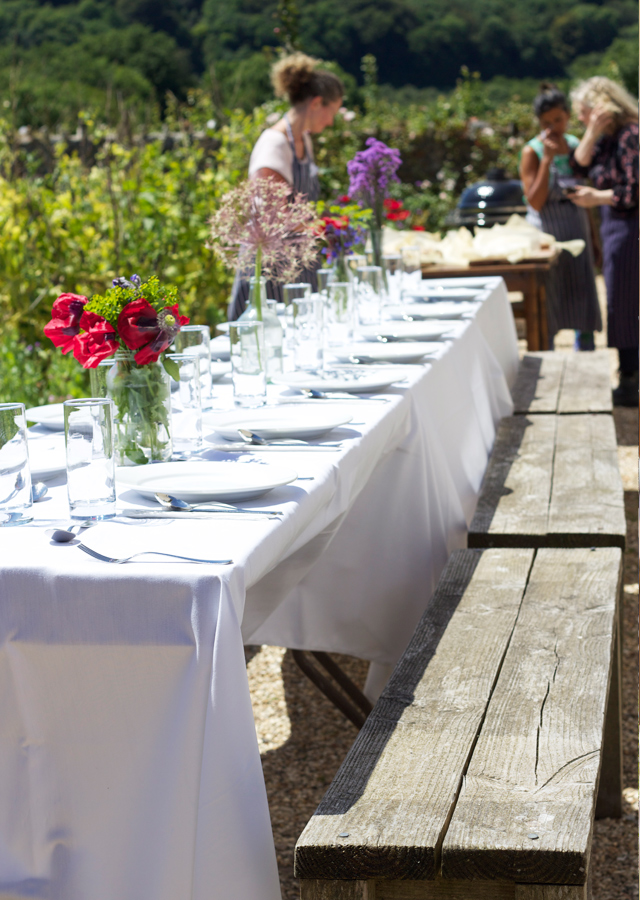 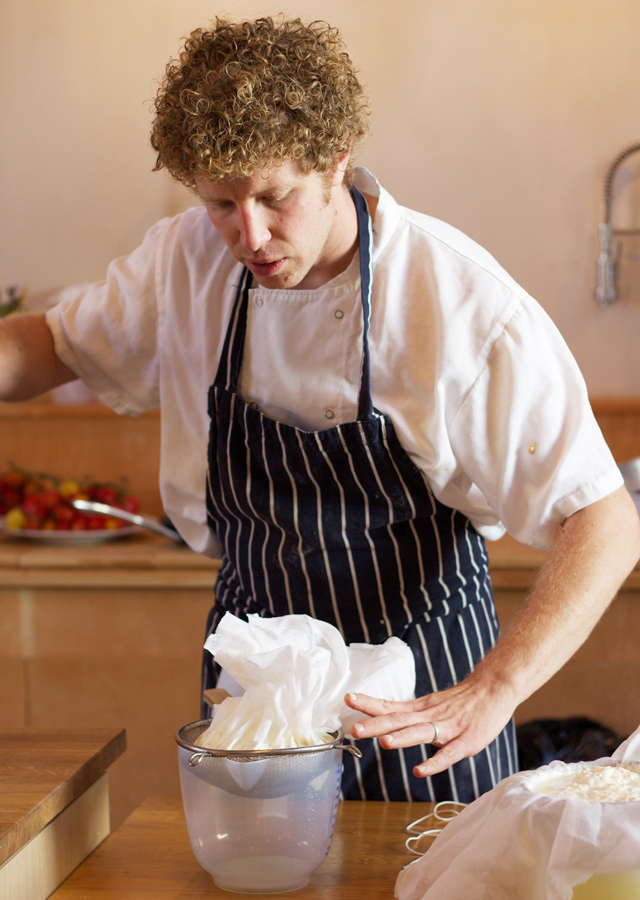 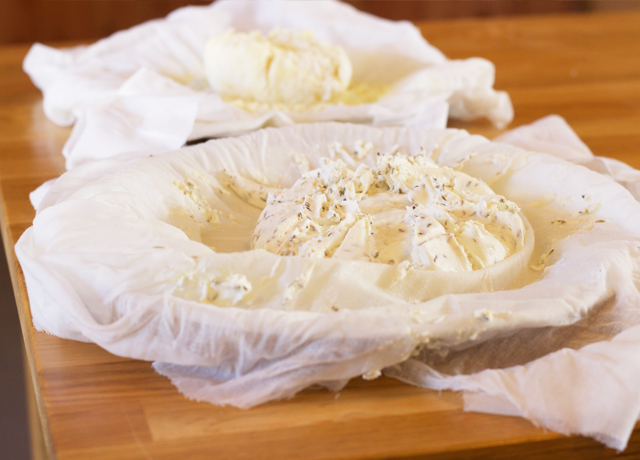 Post-lunch, we headed back in to the cookery school so get started on making canapés and cocktails that would be perfect for a Christmas party! Andy whipped up a batch each of fresh labneh (strained yoghurt cheese) and lemon-scented curd cheese, and we got cracking cooking courgettes with fennel tops to go with the cheeses, and mini potato rostis to act as a base for smoked duck breast and homegrown redcurrants.

The final part of the day was spent whipping up some smoked sloe gin cocktails, which were punchy enough to knock your socks off! The smoke gets passed right through the sloe gin, then lingers on its surface for a minute or two before disappearing. Can you even imagine how amazing they’d be to serve around Christmas time? 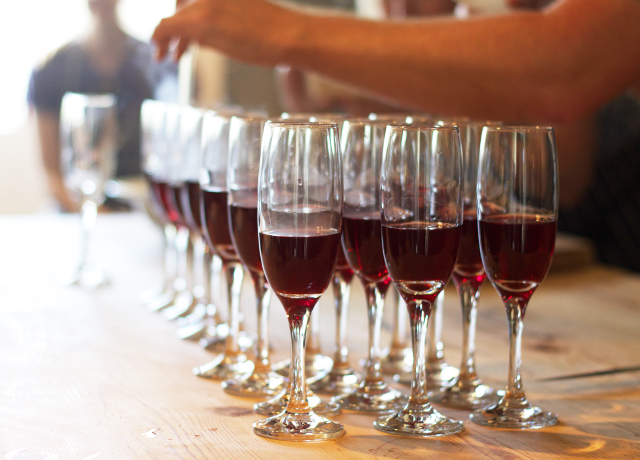 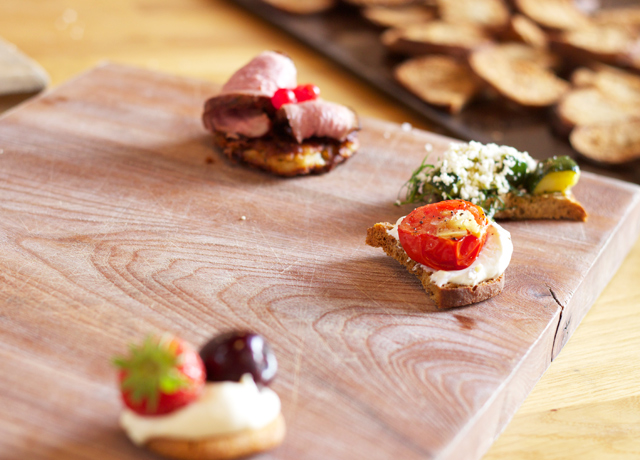 We’d chosen to walk right down to the farmhouse from the road when we arrived at River Cottage in the morning as opposed to being driven, but after all that food, we felt it was probably best to hop in the truck for the journey back up to the cars! I honestly don’t think I’ve ever eaten so well as we did that day! The trip to River Cottage was just brilliant, and I left feeling so inspired and keen to experiment more with my own cooking. I’d absolutely recommend it, as a day trip, mini-break, special treat, or perhaps even a hen-do! More details on the huge range of courses can be found here, if you fancy finding out more.

The biggest thank you both to the team at River Cottage and to Boden, for such an amazing day! Stay tuned for tomorrow’s post, where I’ll be sharing photos from our countryside walk with Johnnie, and also a little sneak preview of Boden’s Christmas collection!