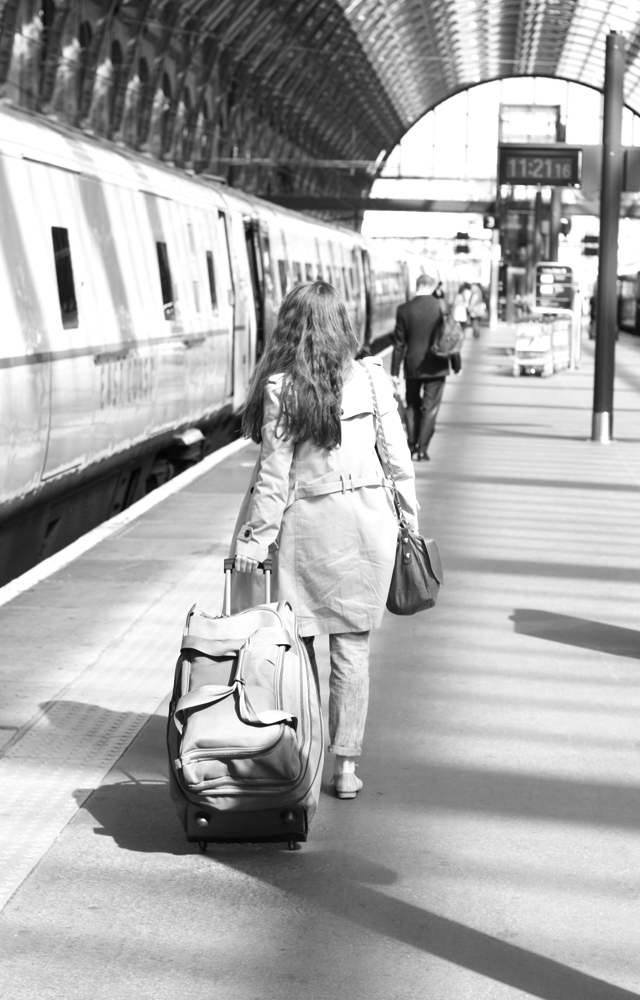 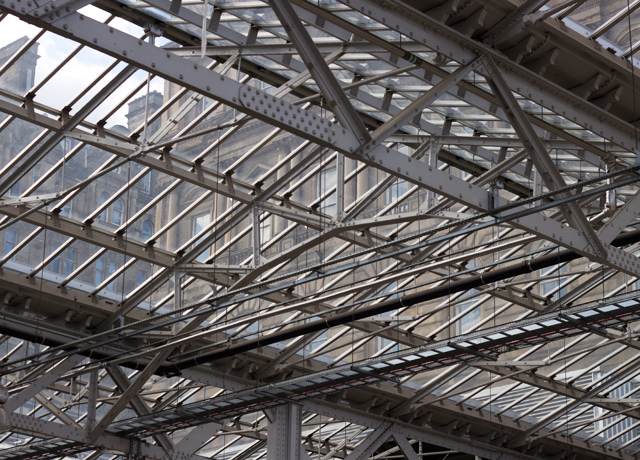 So, this is it! The last of my posts from Edinburgh. It’s testament to the city, really, how tricky it’s been to narrow down only four short days of sightseeing and photo-taking into blog posts (ones that don’t require ten minutes of scrolling!). I could’ve waxed lyrical about all we saw (and ate…) whilst we were in the city! I figured that I’d pop the last few photographs I wanted to share from Edinburgh in one post, and use it as an opportunity to give a few of the restaurants and tourist attractions we visited, as well as other aspects of our holiday a more in-depth review. Look at me, being all informative and ‘travel-blogger’!

:: Travelling by train ::
We made the decision to take the train up to Edinburgh, as opposed to flying or driving. We live just south of London, and so the from door-to-door the entire journey took about 6 and a half hours. We made the decision for a few reason: 1. Because I hate flying, and if there’s an option for us to get somewhere without having to board a plane, I’m all over it like a rash! I wouldn’t say I’ve got a phobia of flying or anything super serious, but it does make me anxious enough that I’ll dread flying home throughout whatever holiday I’m on and so was keen not to have our break spoiled by my silly worrying! The train journey was really relaxing, and kind of forced us both to take a breather after having had a busy few weeks in the run up to going away.

And reason number 2. The train was cheaper, since I have a 16-25 railcard and so could take 1/3 off the price of the ticket up to Edinburgh. Score! The only thing we would say though is that if you book with a company like The Train Line (as we did) make sure you check your connection times before you book the tickets. We actually missed our train from King’s Cross to Edinburgh, because The Train Line had booked us onto a train that left Kings Cross only 25 minutes after our train from home got into Waterloo. Even though we caught tube trains really promptly, there’s no way we would’ve made the connection! So, check your tickets people! (One last note about the train- I reread Harry Potter and the Philosopher’s Stone on the way there, and it was awesome.) 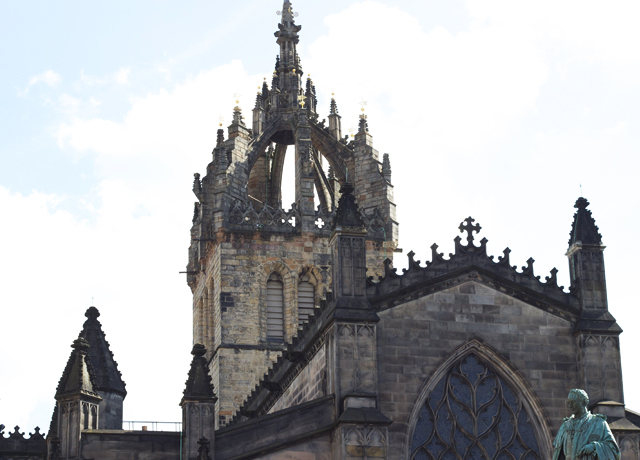 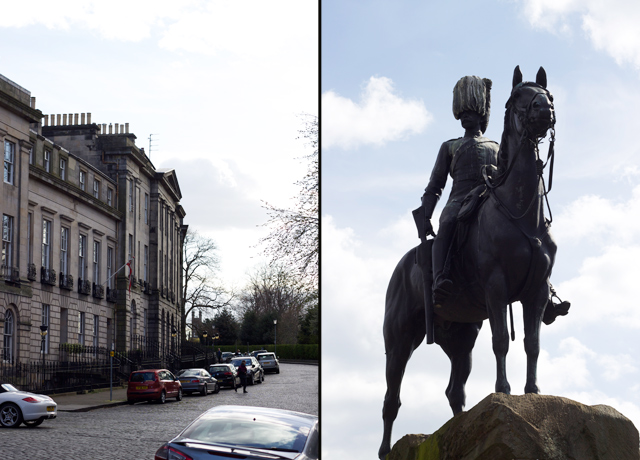 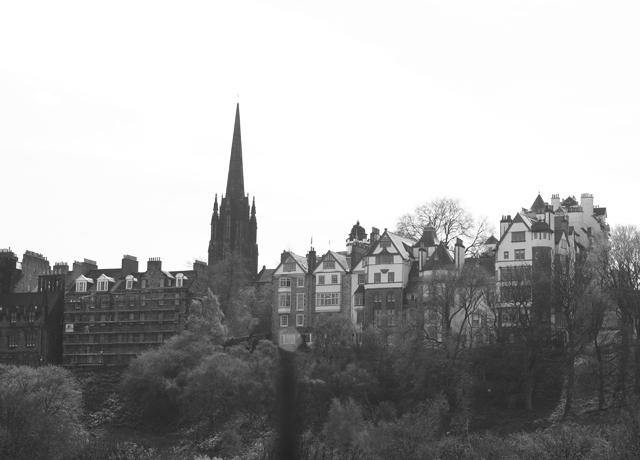 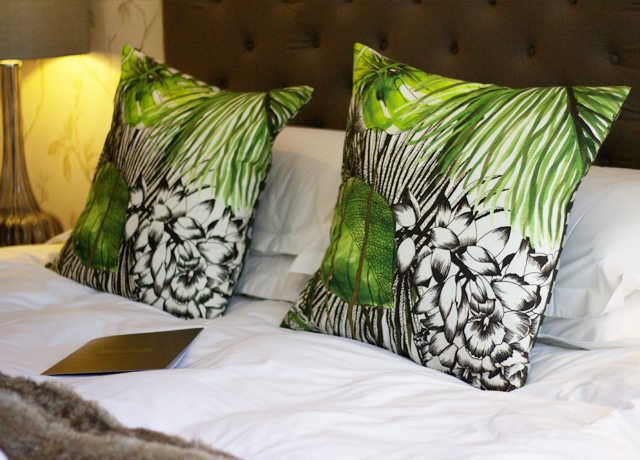 Nira Caledonia
I’ve mentioned before that the hotel we stayed in was the Nira Caledonia, but it deserves a little more press than it got in my previous post. It really is the loveliest hotel we’ve *ever* stayed in. Jason and I always feel that it’s the little details are what make a good hotel great, and the Nira Caledonia was full of them. The concierge greeted us by name upon arrival, coffees were unlimited and delicious, the juices at breakfast were all fresh (not watery or synthetic tasting!), the bed linen was plush, and we didn’t need to remortgage our house just to grab a coke from the minibar. Which, you know, is always great! ;) We were completely blown away by our room too! We actually were given an upgrade when we arrived (a complete- and very lovely- surprise!) and so ended up staying in one of the Garden Suites which comprised of a huge living space, bedroom, ensuite bathroom, and private access to the hotel’s garden. It was crazy beautiful! There’s not one single thing I could fault about the hotel, and we felt that the service more than justified the (incredibly reasonable!) price we paid to stay there. I’d wholeheartedly recommend it.

The Blackwood Grill
The Blackwood Grill is the restaurant linked to the Nira Caledonia, and was where we ate dinner the night we got engaged. The food (and service!) was absolutely superb. We ate an amuse bouche of tempura fried cauliflower with a sweet soy dipping sauce (cauliflower has never tasted so good!), lobster ravioli (for Jase), fillet steak, charred winter vegetables, triple-cooked duck fat chips, sea bass with a herby tomato sauce, and warm chocolate fudge cake to share for dessert. That cake was *insane*. I swore blind I didn’t want dessert, but the waiter (who obviously knew how amazing that cake was) slyly handed me a spoon and a knowing smile at the same time as he brought Jason his slice of warm fudge cake. I’ll be honest with you, the situation worked out less well for Jason than it did for me…;) 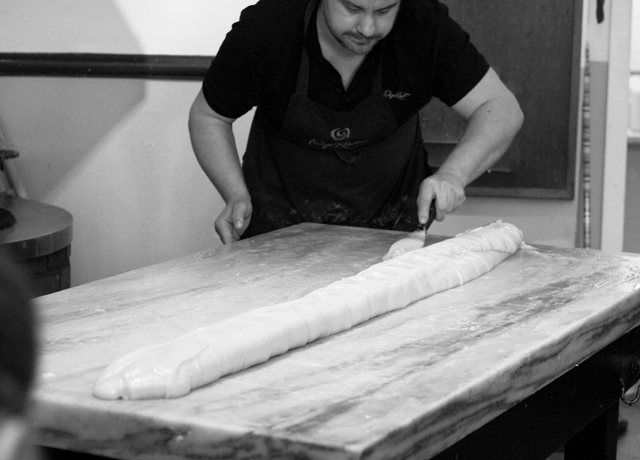 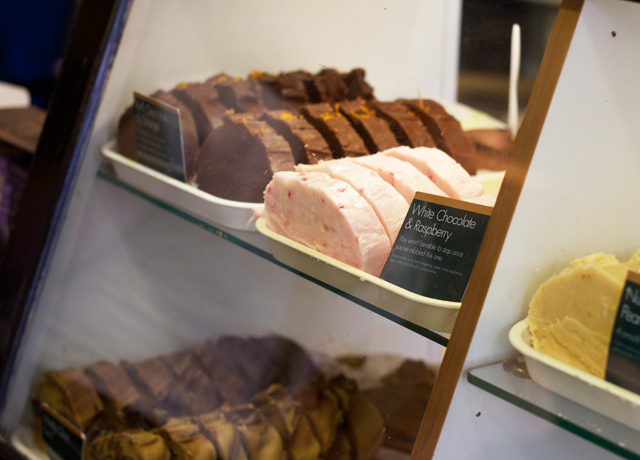 Fudge Kitchen
The Fudge Kitchen fudge was expensive, and tasty. Not the nicest fudge I’ve ever had, but really lovely and buttery, and great in how varied the range of flavours was. We brought home a box of four different flavoured slices for my Mum and sister, and a slice of the vanilla for ourselves which we only managed to eat half of before we accidentally left it on the coffee table, and Teddy stole and scoffed the rest. And then he smelt so bad for the next 48 hours we were tempted to shut him out in the garden until the fudge situation had…passed. So…there’s that information for you. 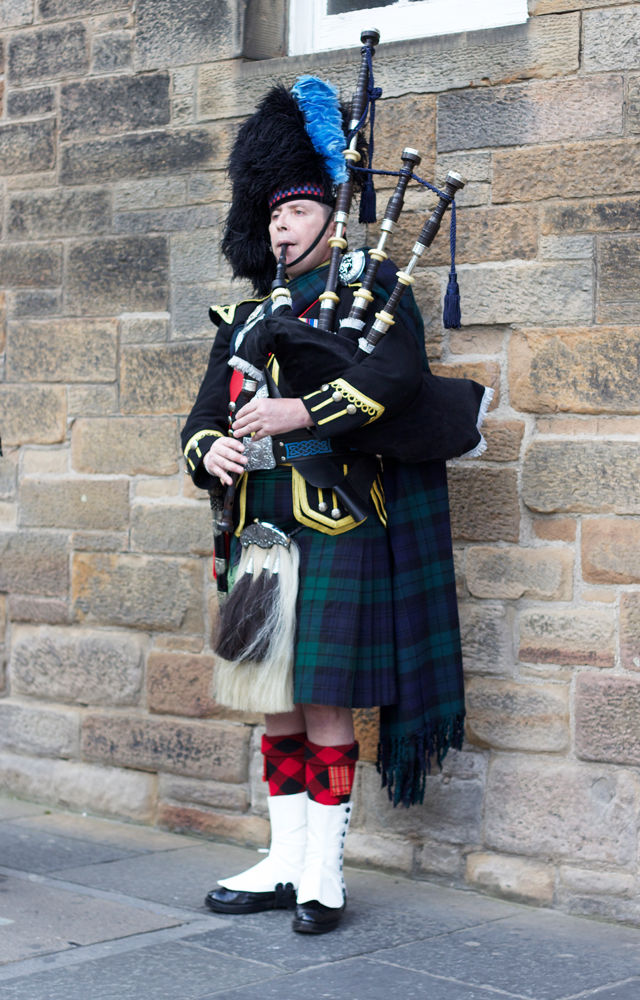 Mary King’s Close tour
Okay, now for a not so great review. Jason and I were both really disappointed by the tour we took of Mary King’s Close! Jason had been so looking forward to it (you know how we love a good dose of history!) and even though I’d been reluctant to go at first, by the time the tour came around I’d become really excited about it! We found that the information given on the tour (by a guide who was dressed in period clothing, and who assumed a character based on one of the real residents of 17th Century residents of Mary King’s Close) was kind of gimmicky, and not as insightful or informative as we’d like. It almost felt as though we could have got pretty much the same information just with a little Googling, you know? The tour itself wasn’t ridiculously expensive (I think we paid £12.95 each) but ultimately, we felt we’d rather have spent the time and money on exploring another part of the city. Not something I’d really recommend, if I’m honest. 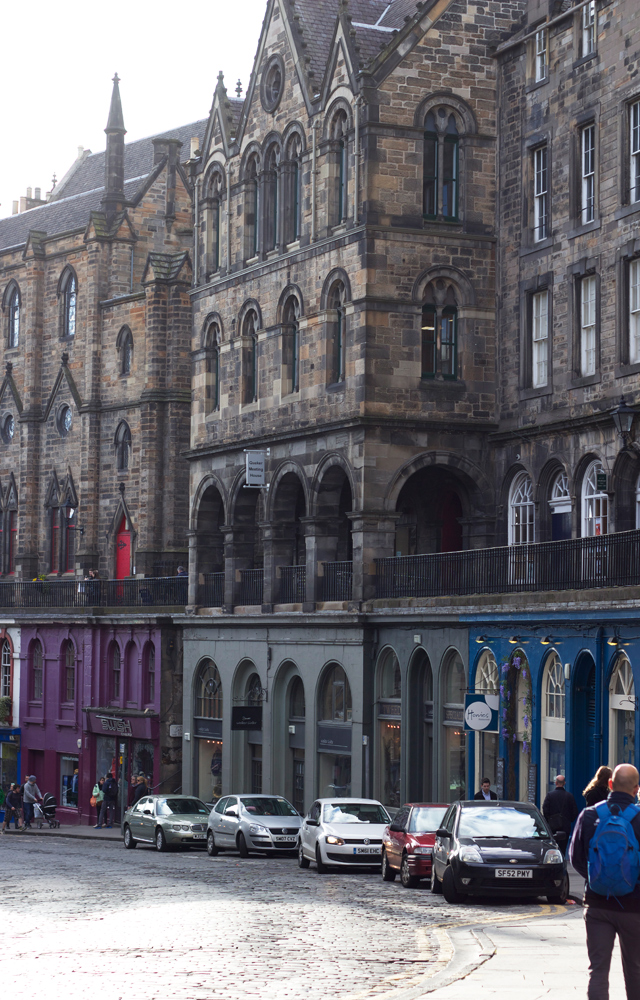 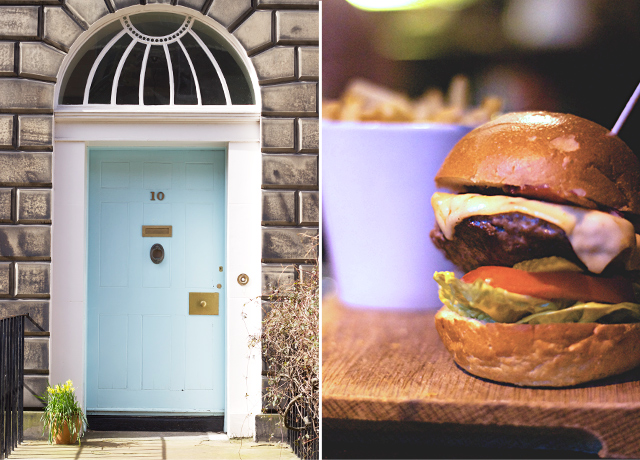 Holyrood no.9
The Holyrood no.9 was another of the places that came most highly recommended for us to visit in the city, and it didn’t disappoint. Not one single bit. Burgers = excellent! Chips = excellent! Drinks = excellent! Jason and I ordered BBQ burgers with brioche instead of ciabatta buns (we’re far fonder of brioche buns than we are ciabatta, thank you *very* much) and demolished them in about thirty seconds flat. They’re very different to our beloved Patty & Bun burgers (which are really super soft and so juicy you kind of almost need to wear an apron and rubber gloves to eat one- sexy) in that the burger itself was far thicker and kind of ‘steakier’…if we can pretend that steakier is a word. In short, we loved it there. Definitely worth a visit, if you’re in the area!

Final things to note about the city! 1. Even though we were there midweek (Monday-Thursday) AND out of season (mid-April) we still found that pretty much every time we went to a restaurant in the evenings, we had to wait at least half an hour for a table. Apparently this is pretty standard for Edinburgh, and that you really do need to book tables in advance if you want to be seated straight away each evening. And 2. It’s an incredibly hilly place, and since the city is pretty small we ended up walking all over each day instead of hopping on the tube/bus as we would do in London. So pack comfortable shoes (ones that can cope with a load of cobbles!)

And that’s it! Edinburgh- you were a blast! We’ll *definitely* be back!

15 Comments
Posted in HOLIDAY, TRAVELLING
Read from the beginning >