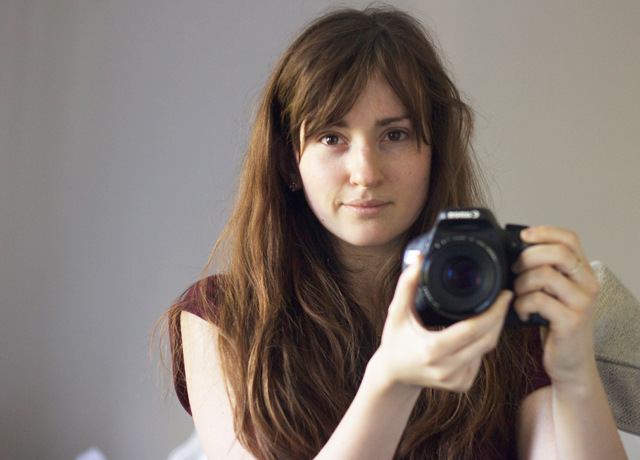 7.30am :: I woke up easily yesterday, when Jason’s 7am alarm went off. He hit snooze a couple of times, then we both got up at around half past 7. Our weekday morning routine is that Jason heads straight for the shower (since he has the time pressure of leaving the house to get into the studio) and I go downstairs to let Teddy outside into the garden. Lately we’ve been trying to keep Teddy from charging into the living room at top speed since his claws are pulling loops in the carpet, but he’s always so excited in the mornings he just can’t physically control himself. Sigh. There should be a #spanielproblems Twitter hashtag… 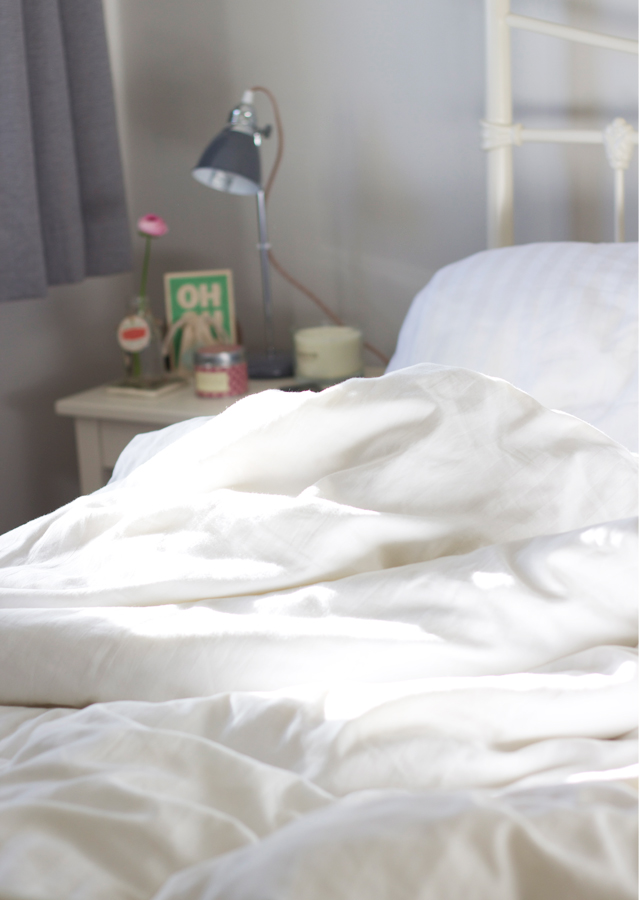 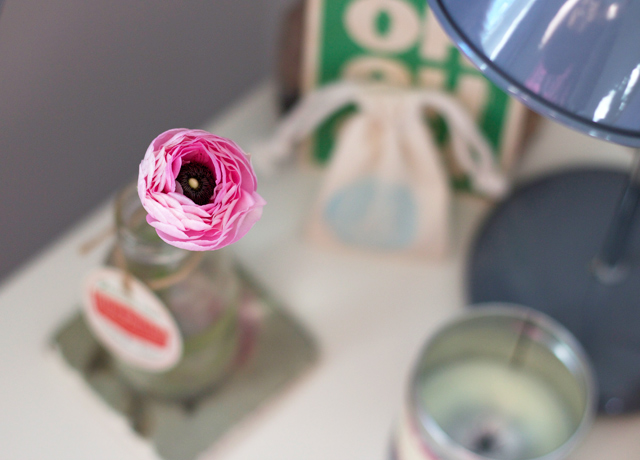 8am :: Bed straightening, + side table tidying. 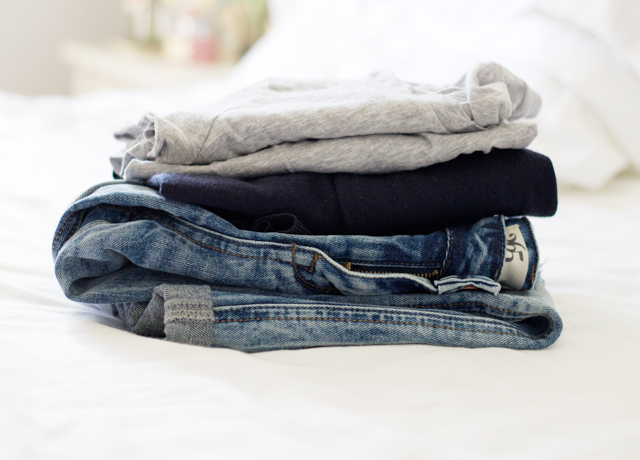 9am :: My day to day ‘work uniform’ usually consists of boyfriend jeans of some description (these were sent to me last week by Fashion Union, and I ADORE them) a washed out tee, and a cardigan. When I first started working from home I used to slob around all day in whatever scruffy old clothes I’d worn to walk Teddy in the morning, but as I’ve gotten into the swing of things over the past few months I’ve learnt that it’s important for me to be at least a little put together, or else my mood and productivity both suffer. 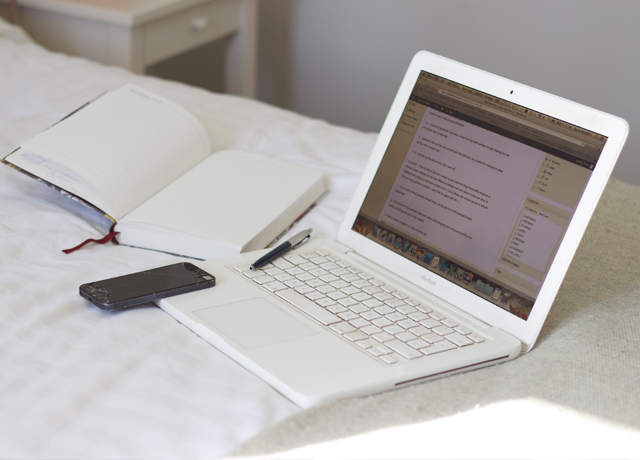 10am :: Teddy had to wait for his walk because I had work to get done before leaving the house. He sulked at the bottom of the stairs whilst I answered emails and edited a few photos. 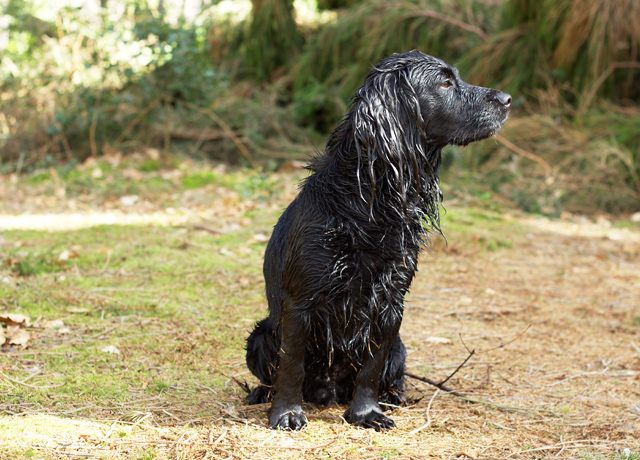 11am :: We headed up to the bluebell woods mid-morning, and I paused to take a couple of photos just next to a little stream. This ^^ is the result of me being distracted. A soaking, stinking dog, with about twenty twigs stuck in his tummy and leg fur. Despite the mess he was in, I can’t help but love the way the fur goes on his nose and forehead goes when wet. 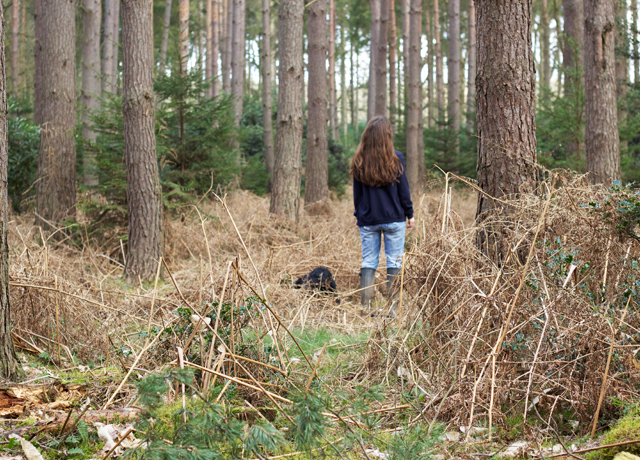 12am :: This little spot in the woods is my favourite. It’s quiet (we never come across another soul there) and is the perfect place to take a moment to pause, and breathe deeply. 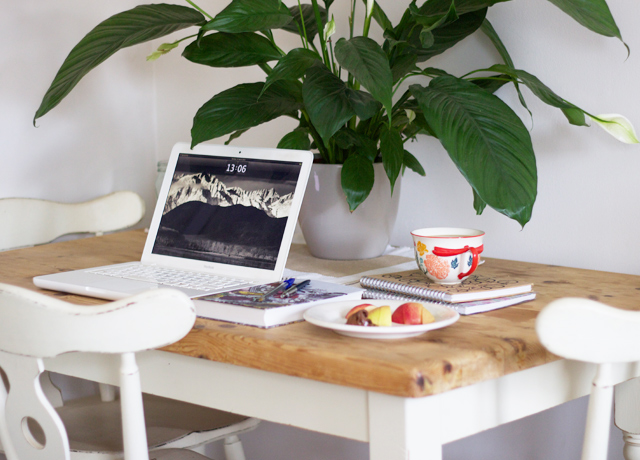 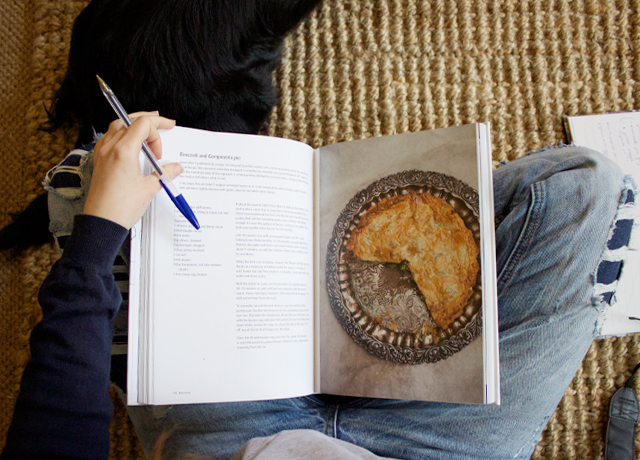 2pm :: Ottolenghi’s ‘Plenty’ is my favourite source of inspiration when meal planning these days. On our menu for this week is spinach and feta pasties, sweet potato-topped cottage pie, steak fajitas (or as I like to call them, Vaguely Mexican Wraps) with feta guacamole, and roasted Mediterranean vegetables with grilled halloumi (plus sausages for Jason). 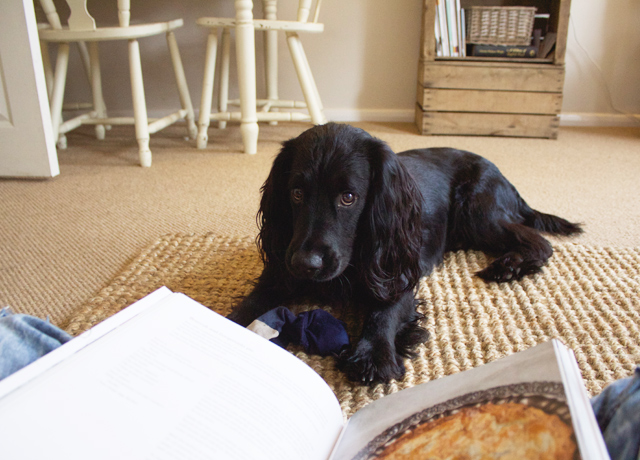 2.30pm :: Sock thief, caught in the act. I eventually had to distract him with a rawhide bone to get that (very soggy) sock back. 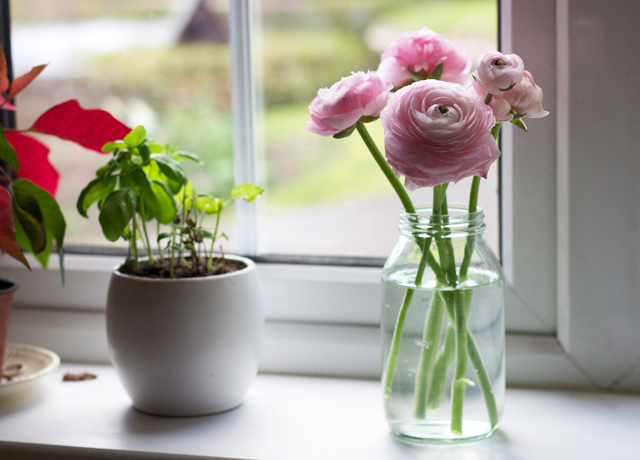 3pm:: This is maybe the hundredth photo I’ve taken of these ranunculus, but I just can’t stop. Even the little buds I cut short and put in a separate jug are beginning to bloom! 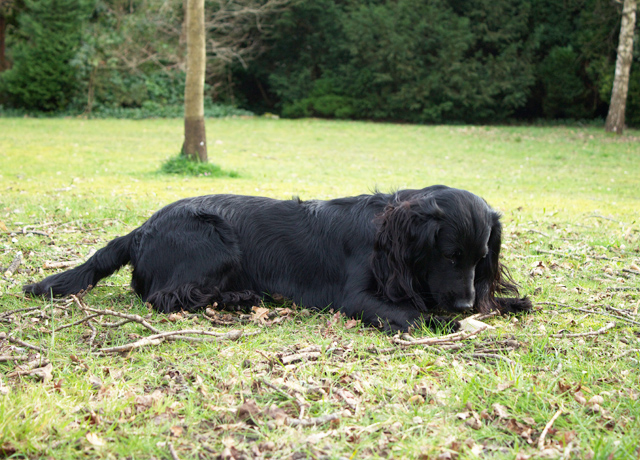 4pm :: We usually head out for a second mini walk in the late afternoon. Teddy found an animal bone whilst we were out, and was very proud of his discovery. On the days when Jason takes Ted to work with him, I miss having a little blast of fresh air in the afternoons. I find it’s the best way to get over that post-lunch, is-it-the-end-of-the-day-yet slump that often appears around this time… 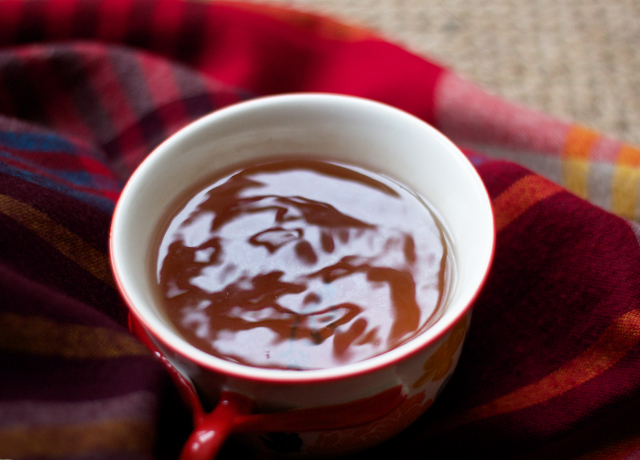 5pm :: I’d overdosed on milk all day (two flat whites, plus two quite milky teas) so tried drinking a cup of weak black tea instead of having another one made with milk. It was horrible, and got thrown down the sink (as soon as I’d finished taking photos of the light dancing on its surface). 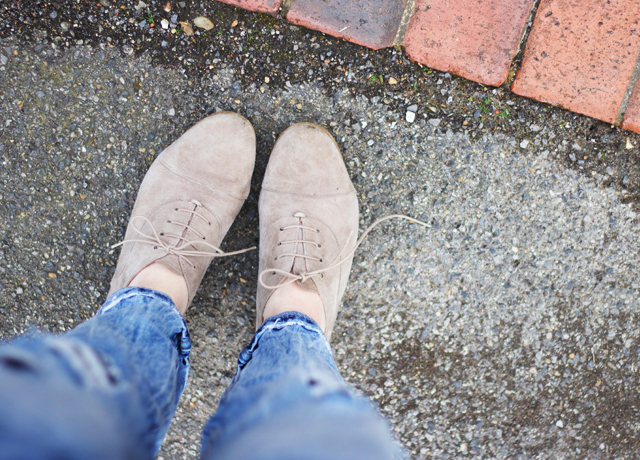 6pm :: I popped to my Mum’s early yesterday evening, for a quick cup of tea (more tea!) and a catch up. My sister and I made plans for Mother’s Day, and I embarrassed her in front of her friend by using the word ‘smashing’ in a non-ironic way. We traded clothes too, which is the weirdest thing. I can’t get used to the fact that my little sister, who’ll forever be about 12 in my mind, is old enough to borrow my clothes and go out to parties and not think boys are gross.

I kind of forgot to take photos in the evening, but it went like this :: Jason got home around 7 to find me shouting at the cutlery draw. It had jammed so tightly shut (rolling pin) that Jase ended up having to take the drawer completely apart to get it open again. We ate pork shoulder steaks with sweet potato wedges and peas for dinner (which was a total cobbled together dregs-of-the-fridge job) and then a little homemade raspberry frozen yoghurt for dessert. Our evening was spent editing photos (me) putting the covers back on the sofa cushions (Jason) and watching Silk (us both). It’s a glamorous life ;)

And that was Monday! I hope yours was lovely, too.

34 Comments
Posted in A SNAPSHOT, LIFE LATELY, PHOTOGRAPHY
Read from the beginning >