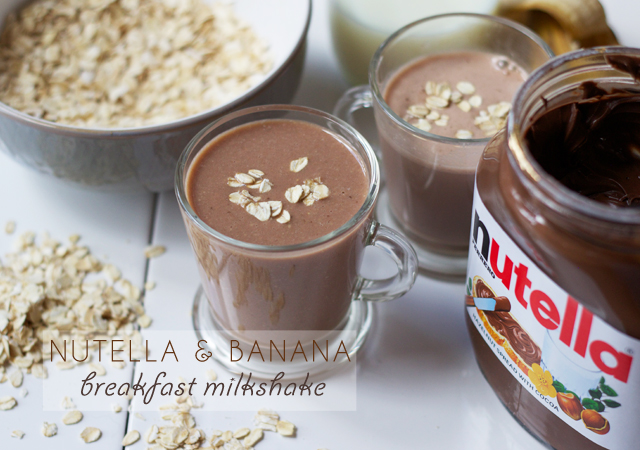 The other evening I had this craving for a Nutella+milk based drink. I asked on Twitter about what happens when you blend up milk with Nutella. Does it go grainy? Does it amalgamate properly? Some people suggested adding bananas for extra richness and thickness, and others suggested the addition of peanut butter for extra indulgence. So I guess this recipe (if you can call it that) is really a team effort!

I’ve been making it for breakfasts a lot over the past week, on days when I wake with a sweet tooth but want to try and stay somewhat healthy. Do you get that? Most days I wake up knowing exactly what I fancy for breakfast. Somedays it’s peanut butter and apple, other days porridge with jam or citrus curd or raisins, chopped apple and cinnamon, and often it’s something chocolatey. God bless Nutella, for making it a-okay to eat chocolate before midday.

Thanks to the addition of oats, this milkshake feels hearty. Like a proper breakfast, not just a tide-me-over-until-midmorning substitute. Also, I would definitely suggest freezing the bananas first, before adding them to the milkshake. My dear old blender is on its last legs and struggles to cope with anything tougher than a strawberry these days, but if I owned The Blender Of My Dreams (which matches my Kitchen Aid, of course), I’d be doing exactly that. 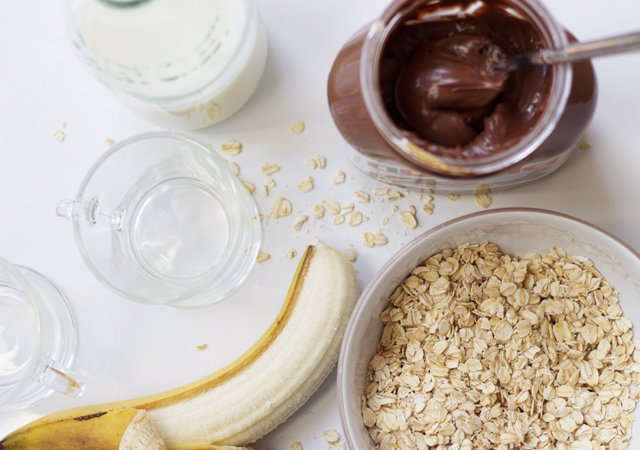 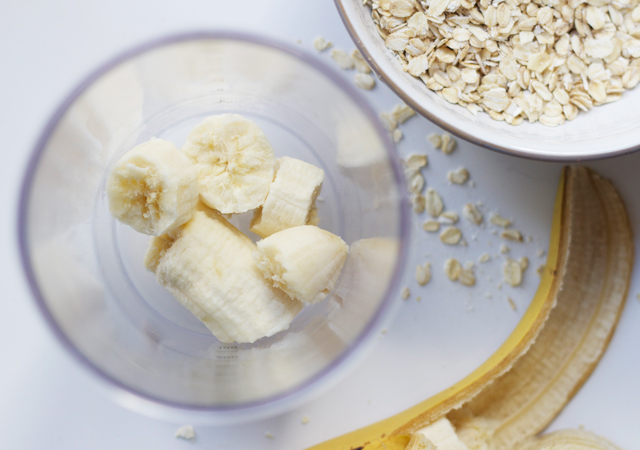 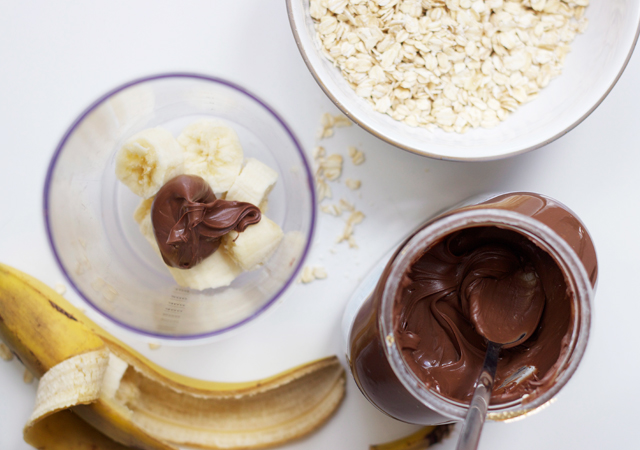 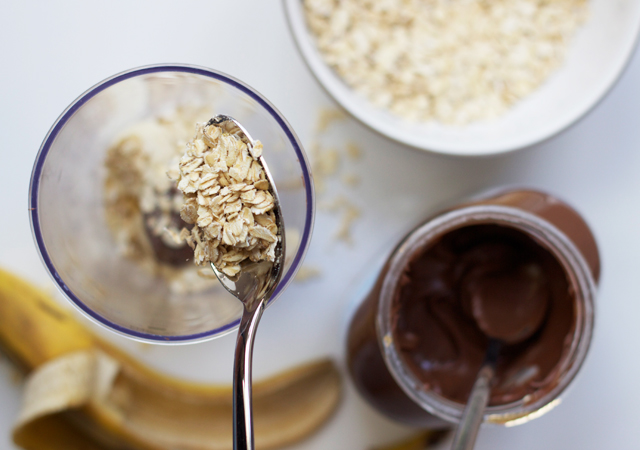 - To make, add the banana chunks, oats, and nutella to a blender, along with a splash of milk. Blend into a thick liquid, until the oats have broken down. If your banana is frozen (which mine totally would be if- like I said- my blender wasn’t complete rubbish) you might need a little extra milk to get things going.

- Once the ingredients have all broken down and combined, with the blender still running, slowly add in the remaining milk until the milkshake reaches the consistency you prefer. I like mine kind of thin, so it doesn’t feel like too rich a drink for morning consumption.

- Serve in a small glass, perhaps with an ice cube or two to keep things nice and chilled. I’m planning on freezing some milk into cubes this week, so that I can add them to my morning milkshakes without fear of them melting and making my drink too watery.

* Consider making up a double or even triple batch, and stashing a portion or two in sealed containers in the fridge for later breakfasts. * 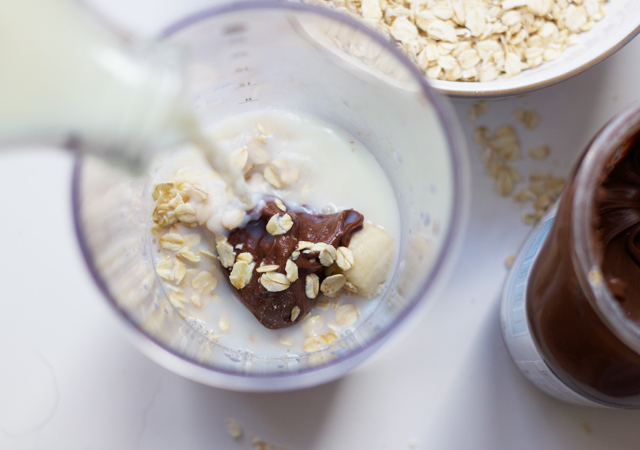 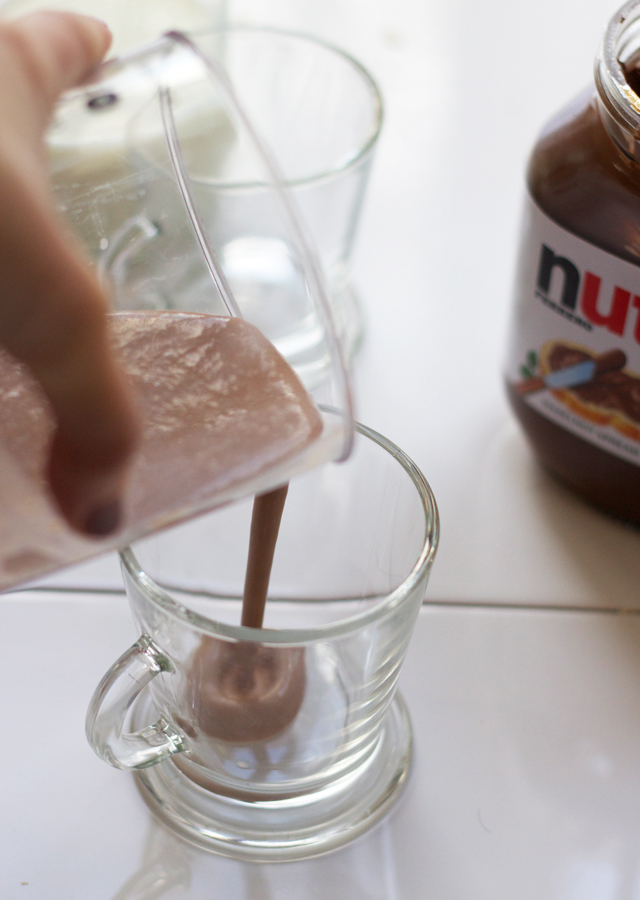 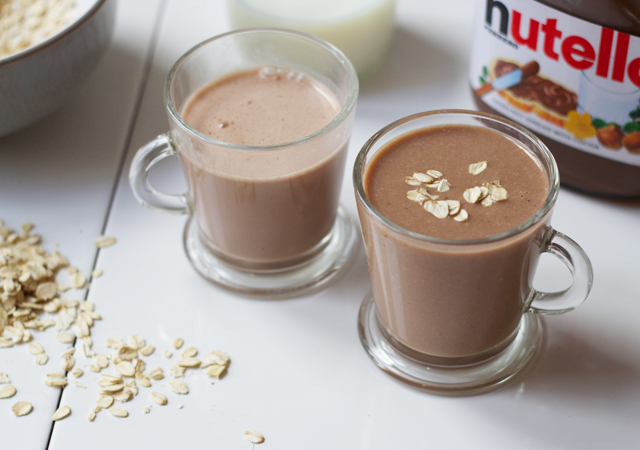 p.s. Do not put whole oats on top of your milkshake. It might look cute, but it does not taste cute.

33 Comments
Posted in BREAKFAST, CHOCOLATE., FROM MY HOME TO YOURS
Read from the beginning >