We had such a lovely Christmas this year! The big day itself was spent at Jason’s Mum’s house. She and Jason’s older brother Nobby (real name Russell, but no-one ever calls him that!) catered for 13 people, and made it look oh so easy! We went over there at lunchtime along with my Mum and sister, after a long walk in the morning in an attempt to tire out that dog of ours. It didn’t work a mite, of course. Teddy spent his day making mad attempts to sneak off with Sylvanian Family figures and Lego pieces, and sitting next to the bin in the hope of being fed plate-scrapings.  A huge chunk of our day disappeared over lunch (as is always the way with Christmas) but aside from turkey-devouring we spent the rest of the day playing cards, and games, having a wrapping paper fight, trekking through the woods behind Julia’s house, and eating more cheese than you could shake a stick at. Oh, and Jason’s sweet nephew Darcy taught me how to build a motorbike out of lego. He’s a pro, you see. 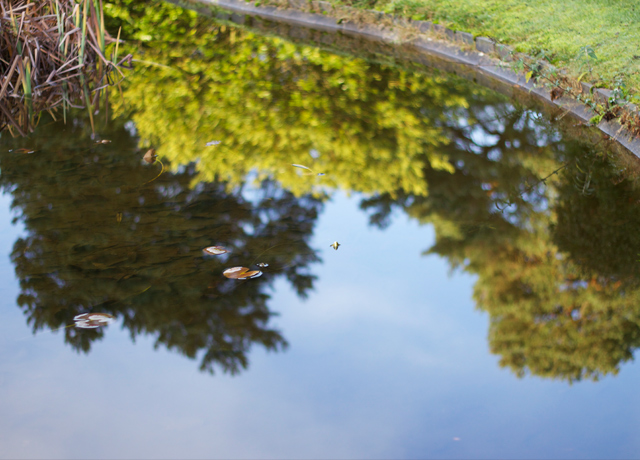 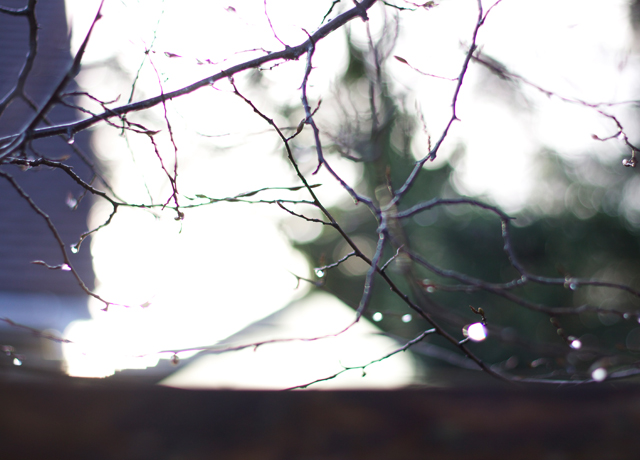 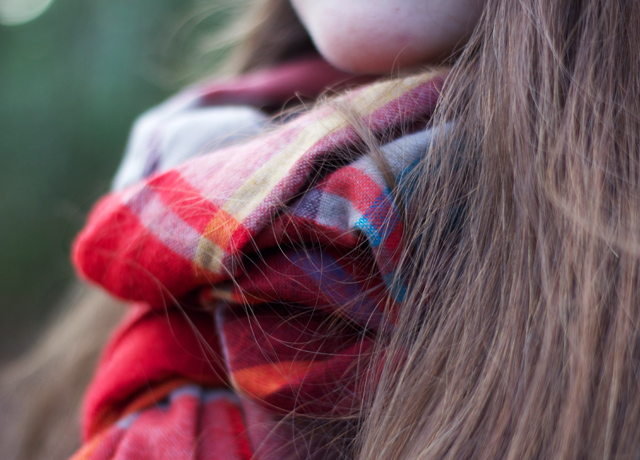 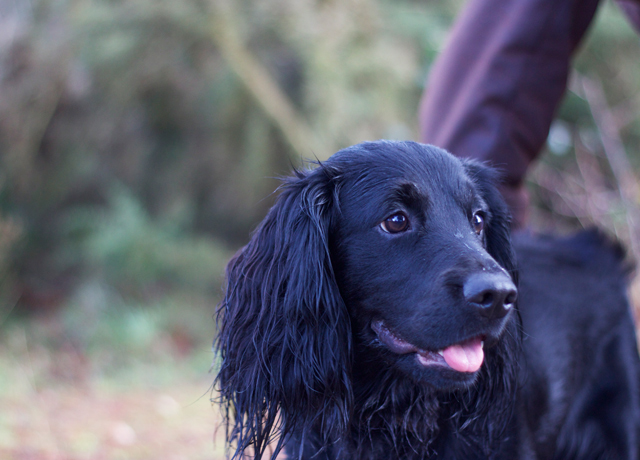 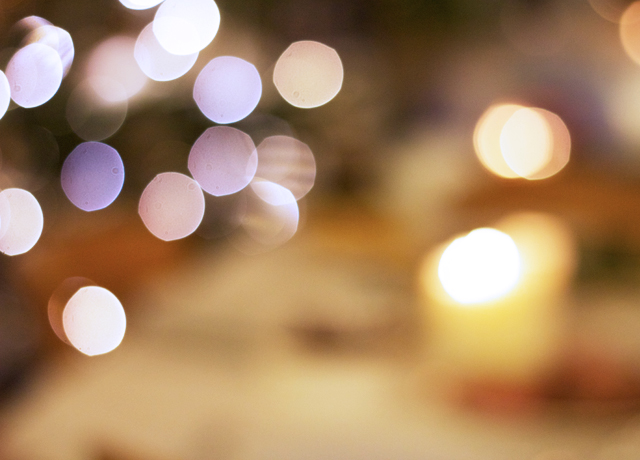 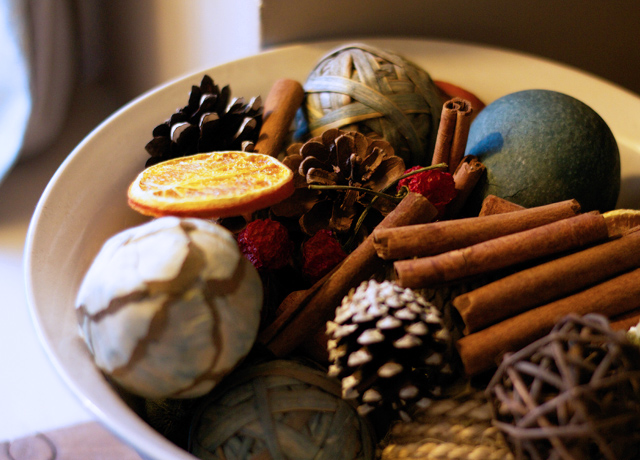 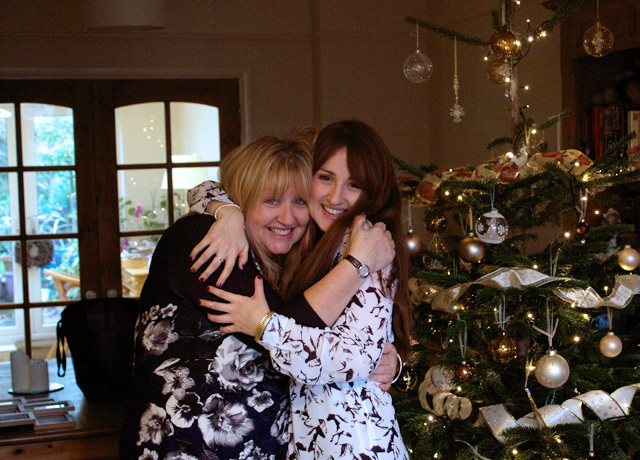 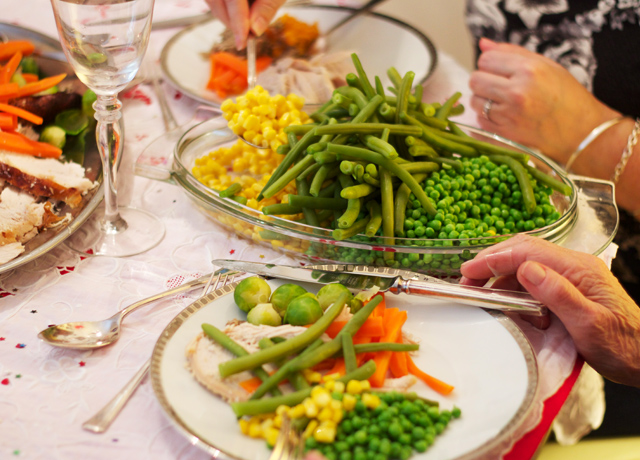 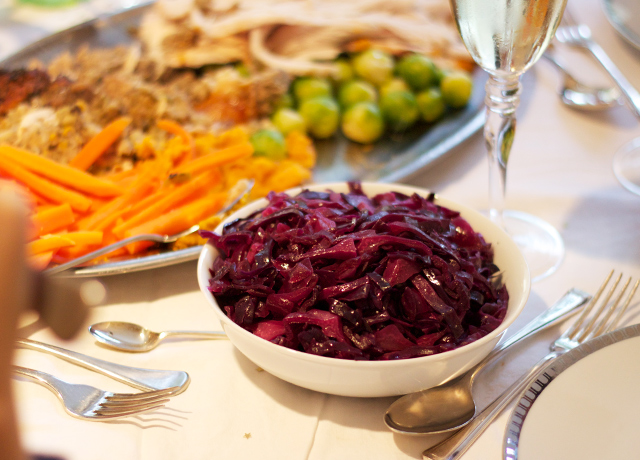 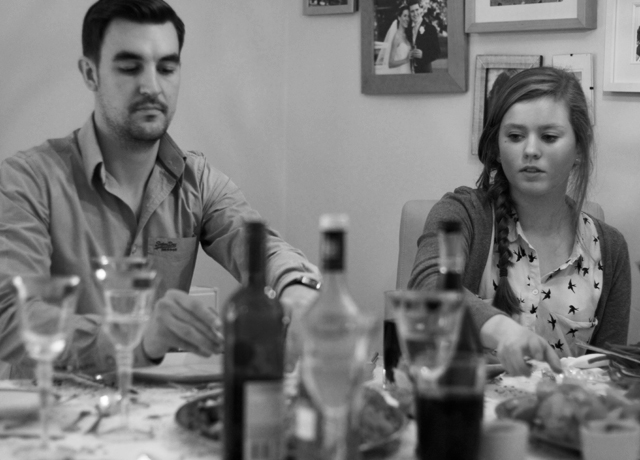 ^^ My sister and I were dressed pretty similarly on Christmas Day (light coloured printed dress, black tights, grey cardigan) and even though we don’t look very much alike and she’s so much fairer than me, it messed with people’s heads all day long! I guess that’s what comes from lending out your clothes! ^^ 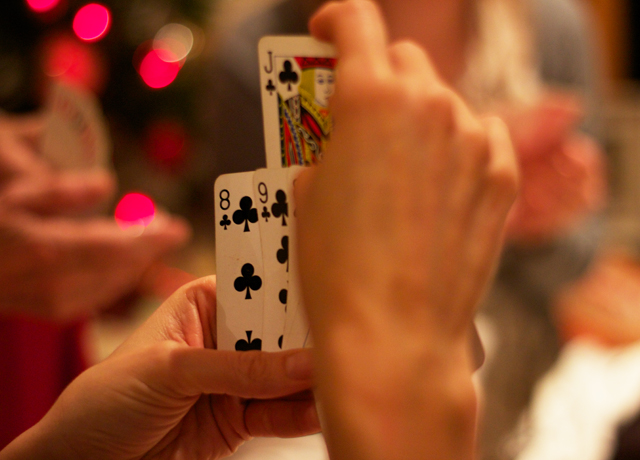 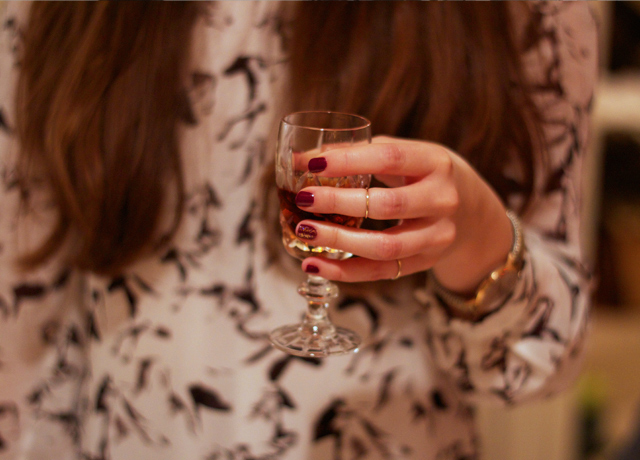 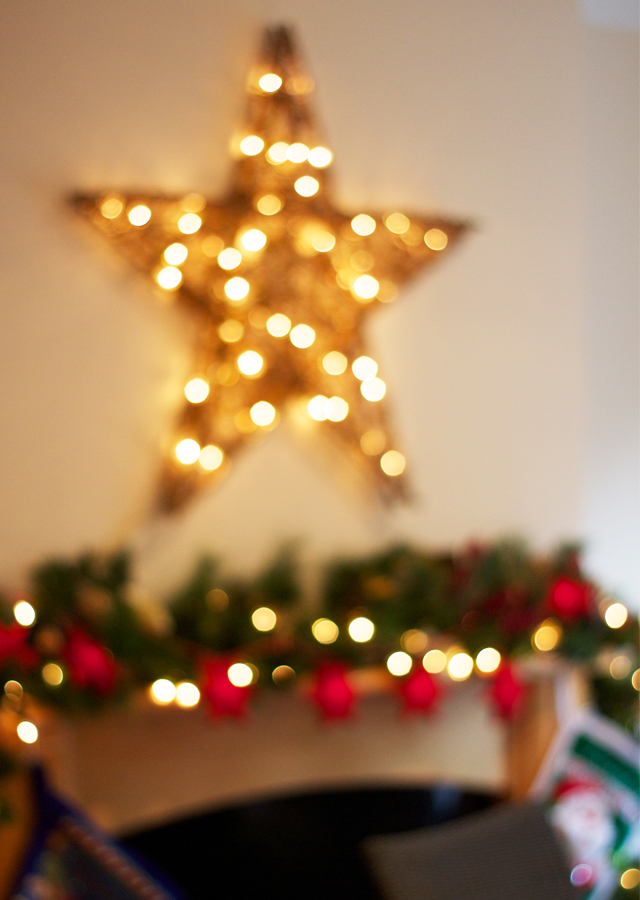 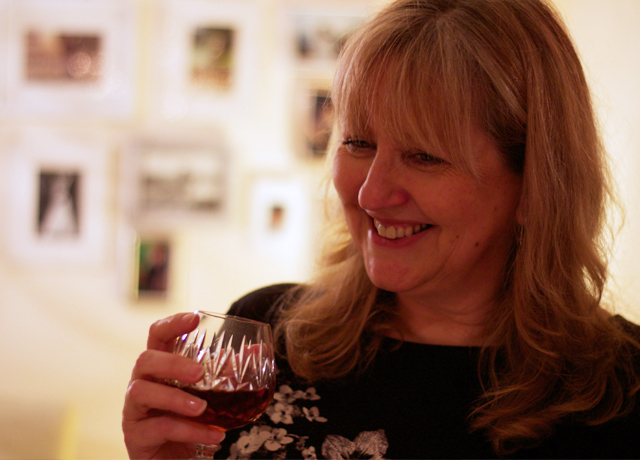 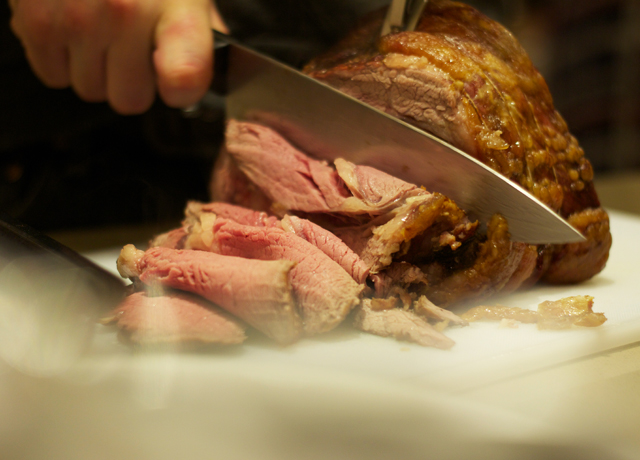 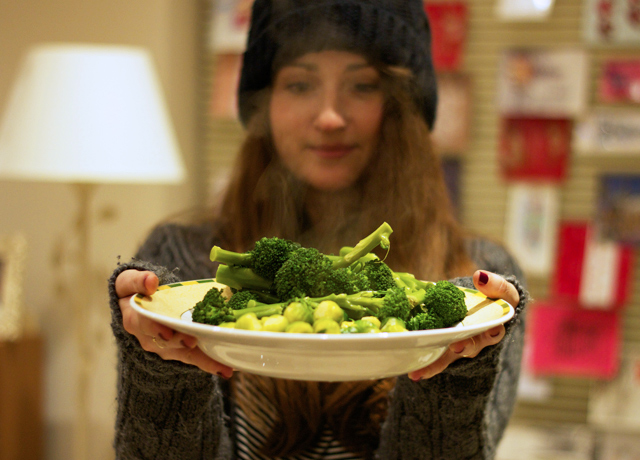 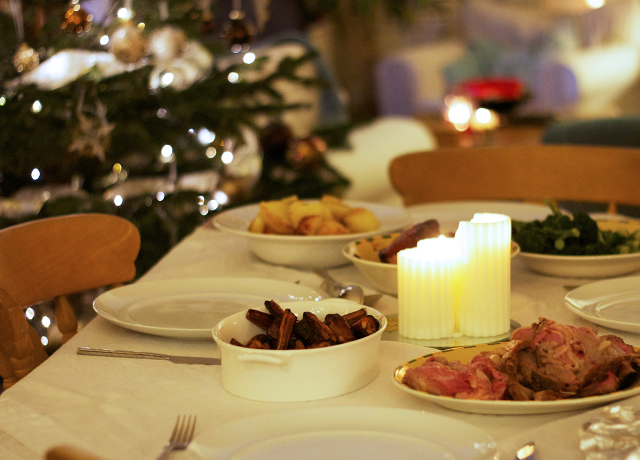 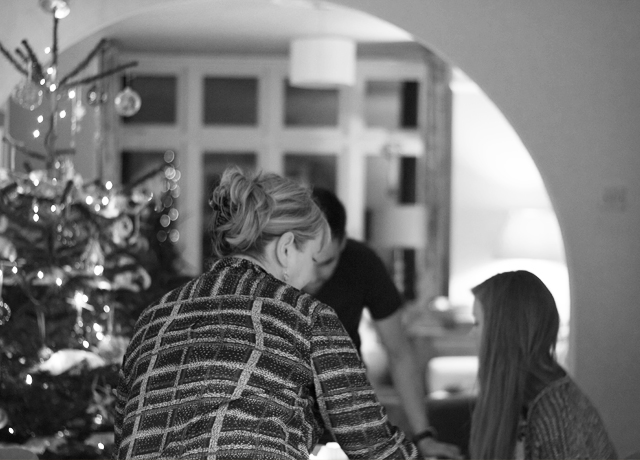 Jason and I stuck to a small budget when buying gifts for each other this year, since there wasn’t really anything major we wanted. I gave Jason some books, a scarf, and a set of the glass double-walled mugs we’ve been lusting over for the longest time. He gave me two beautiful fine gold rings from The Bohemian Collective, and a cream marl cardigan that slouches in all the right places. Teddy was given a new bone and ‘lovie’ earlier in the month, and got his very own plate of turkey, trimmings and gravy on Christmas day. He made us all laugh by picking around the braised red cabbage I put on his little plate, which was the side dish Jason and all his brothers refused to eat at dinner too ;)

We spent Boxing Day evening with my Mum, and she cooked what will be known forever as the Greatest Beef Ever! Four pounds of boneless rib, cooked rare. It blew us clean away. And now, we’re all getting excited for New Year’s Eve! Jason and I are staying home this year, getting in some pizza and beer, and watching crappy films. We can’t wait! And because you know I love nothing more than an opportunity for resolution-making and list-writing, you can expect a couple of posts coming your way over the next week or so full of New Year’s resolutions and collections of things I’ve been grateful for this past year! Hooray!

I hope you had a most marvellous Christmas, and a happy New Year’s Eve tomorrow!

19 Comments
Posted in CHRISTMAS, FAMILY
Read from the beginning >