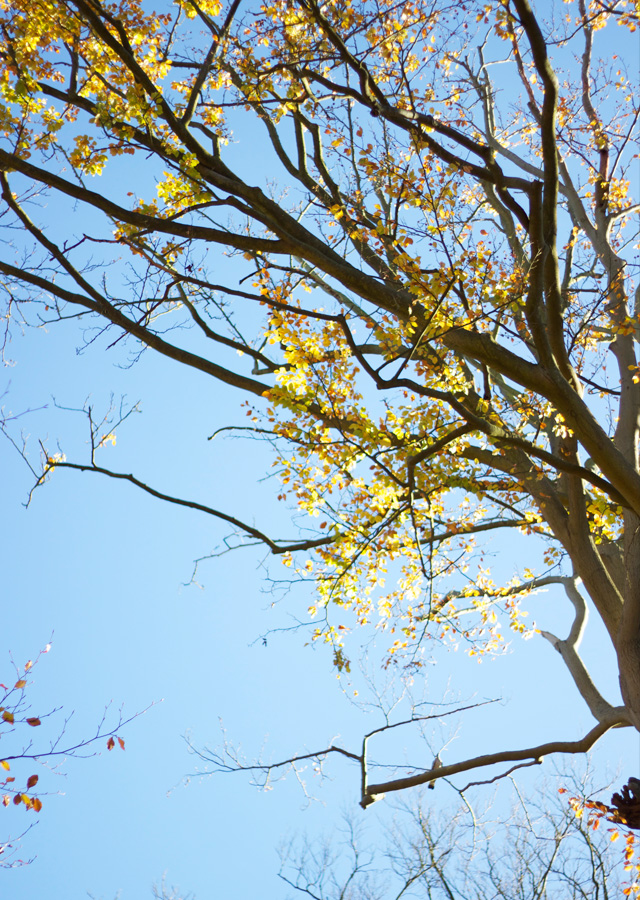 I was so grateful for the chance to photograph the glorious light on Sunday, I counted my blessings a hundred times that I’d decided to bring my camera with me on our walk. It seems as though the leaves are just at their tipping point; gloriously yellow and technicoloured now, but just a hair’s breadth away from dissolving into winter. It’s been so chilly in our house of late (our heating’s been acting up. Because this, after all, is the year in which Everything We Own Breaks.) so cold in fact that we’ve been taking hot water bottles to bed with us, and wearing two pairs of socks. I’m enjoying the bite in the air though, and the excuse to drink lots of hot chocolate. Speaking of hot chocolate, I tried Starbuck’s Peppermint Hot Chocolate this weekend, and oh.my.gawd, that stuff’s like crack. I can’t stop thinking about it. 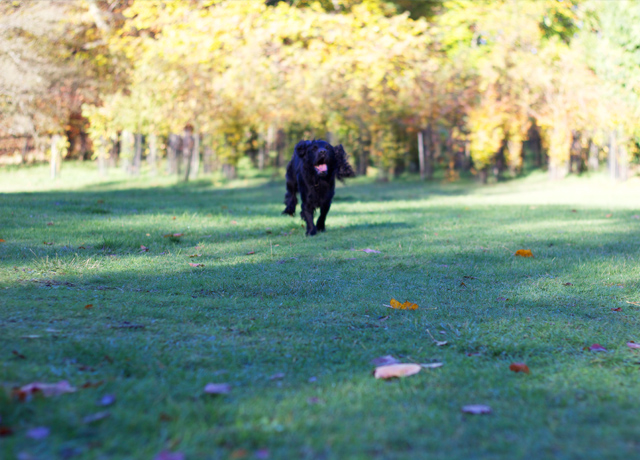 ^^ Our dog looks this joyful a good 95% of the time. The only time he looks glum is when he’s waiting to be taken for a walk, or when he feels he’d rather not wait until half 5 for his dinner, thank you very much. I do love that silly little face :) ^^ 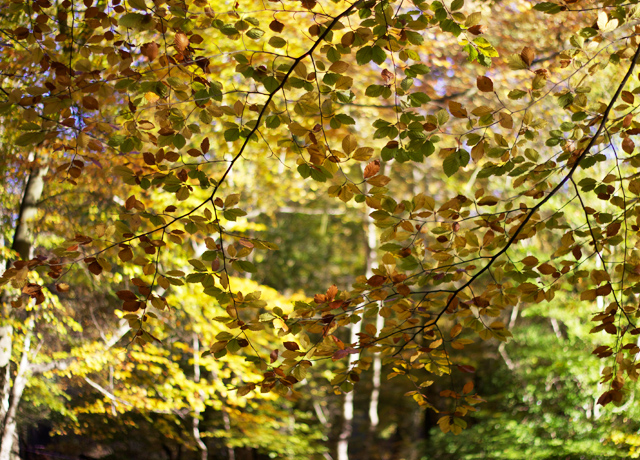 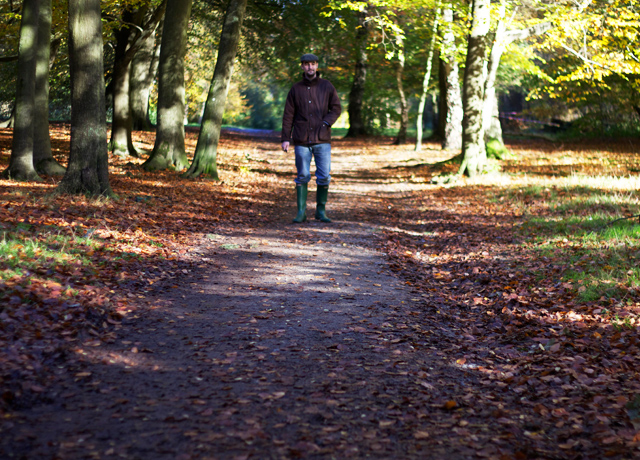 ^^ We had lots of talks this weekend about appreciating the little things, and taking joy in the every day. In the colour of the leaves, in a work day full of laughter, in an afternoon slice of cake, in Teddy resting his chin on the sofa to let us know he’d like a fuss. Jason finds it harder than I do to just be happy, so we’re working on it. I’m also trying hard not to let the little things (like broken tumble dryers, and being over-tired, and that muddy paw print I just can’t get out of our living room carpet) bring down my spirits. We’re a team, and I’m proud of that. ^^ 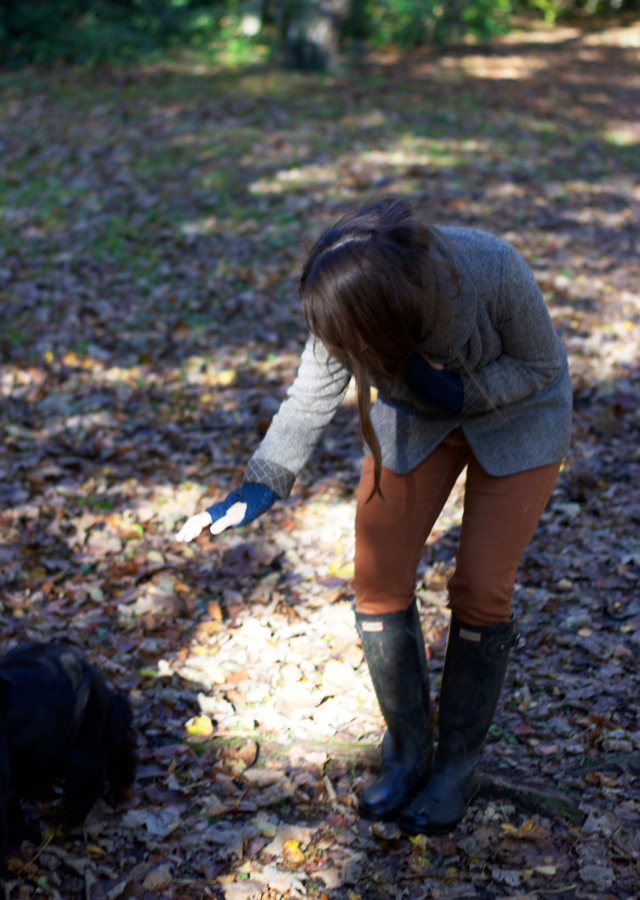 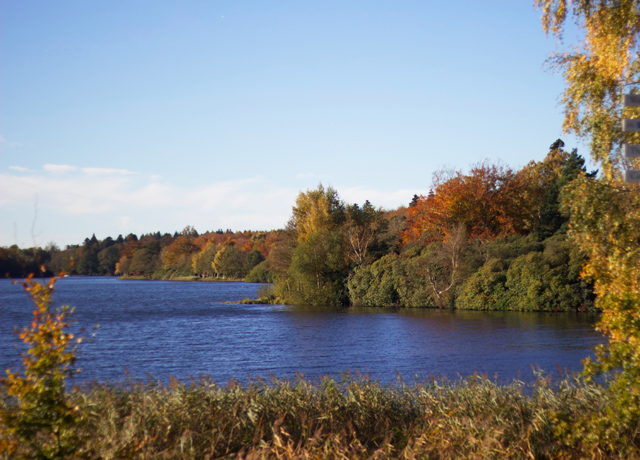 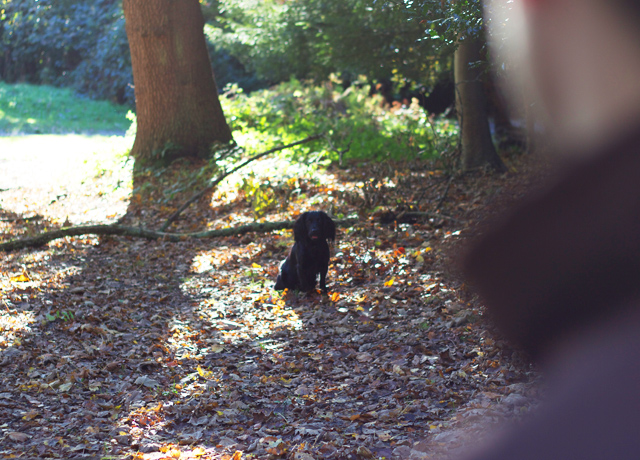 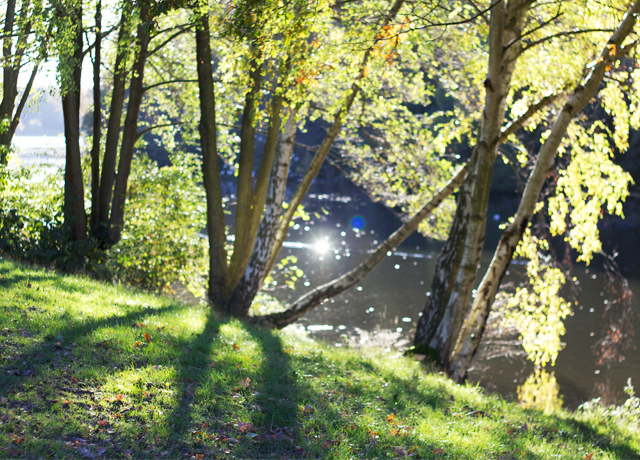 And now, great news! Over the weekend, I FINALLY managed to convince Jason that Modern Family is funny! You’ve no idea how long I’ve been working on bringing him round! He was stubborn as a mule at first- ‘I’m not watching that rubbish B (Jase never calls me Rosie, only ever ‘B’) You know I hate American sitcoms’…But I used my tried and tested coercion techniques to win him over (leaving it on the telly in the background, putting it on after Jason’s watched two hours of rugby & so can’t complain) and then lo and behold- belly laughs from the man! I win, I win, I win! And now I get to watch back through the episodes again, finding them extra funny because Jason’s laughing too! Ha!

Other news from our weekend, and a bit of Monday too because I enjoyed Monday a lot! I bought Ted the Dog a new bed, and got a new pair of non-leaky Hunters to replace my crappy old ones. I’m happy to not have to get wet socks every time I go walking from now on, but mainly I’m just very excited about Ted’s new bed. There are two major reasons for this excitement. One! Because I want Ted to be all cosy-snug in the winter and think this new bed will be just the thing. And Two! Because the colour matches perfectly with our kitchen accessories. And colour coordination is very important, I think.

On Sunday Jason suggested that perhaps we should paint the spare room, and I politely declined taking part in favour of a day of vegging and photo-editing. Then when Jason remembered that eating chocolate on the sofa is way better than sanding whitework, he ditched his DIY plans and joined me in a day of inactivity instead. And that, my friends, is why our spare room is still lilac, and not our favourite shade of kinda greyish-taupe.

Sunday night I babysit my friend’s little girl, and whilst we were reading storybooks (Kipper, in case you were wondering) Ruby asked if I had a baby in my tummy. I told her no, not right now, and that I probably won’t do for a few more years. She asked if she and her Mum could look after the baby when I have one, and I said yes, of course! Then Ruby smiled, and asked ‘And will I be like…a sister?’ and my heart melted all over the floor. Isn’t that just the cutest?

Tell me, how was your weekend?